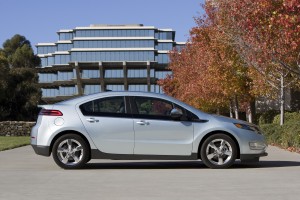 Chevrolet increased its commitment to the upcoming Volt extended range electric vehicle by announcing an increase in U.S. production capacity by 50 percent, from 30,000 units to 45,000 units, in 2012.

The announcement came as U.S. President Barack Obama toured the Detroit-Hamtramck facility?where the Volt is being produced now for sale later this year.

?The Chevrolet Volt provides drivers with the latest technology, outstanding innovation, and something no other electric vehicle can provide ? peace of mind,? said Edward E. Whitacre, Jr., GM Chairman and CEO.? ?We are very proud to host the President of the United States at this plant, where the future of the American automobile industry is being built today by the men and women of General Motors.? 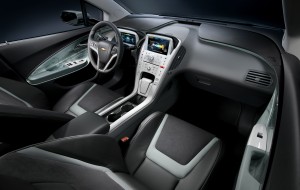 The expanded U.S. production capacity is the latest in a series of positive developments for the Chevrolet Volt.? This week, participating Chevrolet dealers in launch markets began taking customer orders for the 2011 Chevrolet Volt, following the release ofretail and lease pricing.?The Volt?s MSRP will start at $41,000 ($33,500 net of the full federal tax credit, which ranges from $0-$7,500) including a destination freight charge of $720. Customer deliveries of the Chevrolet Volt are scheduled to begin in launch markets late this year with initial production limited. 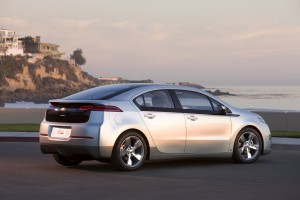 A Volt lease program has a monthly payment as low as $350 for 36 months at Manufacturer?s Suggested Retail Price with $2,500 due at lease signing, including security deposit based on current conditions, which could vary at time of delivery. The benefit of the $7,500 tax credit is included in the reduced lease payment, with the tax credit going to the lessor.

The brand also recently announced a battery warranty of eight-year/100,000-mile warranty on its advanced, lithium-ion battery.

The Volt offers a total driving range of about 340 miles and is powered by electricity at all times. For up to the first 40 miles, the vehicle drives gas- and tailpipe-emissions-free using electricity stored in its 16-kWh lithium-ion battery. When the Volt?s battery runs low, a gas-powered, engine/generator seamlessly operates to extend the driving range another 300 miles on a full tank.