This Time They are Racing for $$ 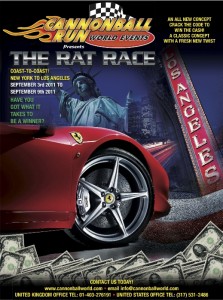 In some ways The Cannonball Run Rat Race sounds like a contemporary version of the 1963 movie ?It?s a Mad, Mad, Mad, Mad World?.? Where the storyline changes is there are 60 groups, driving mostly fast exotic cars and they have to pay an entry fee.

Cannonball World Events, creator of numerous well-known international road rallies, has announced an all-new North American road rally, The Cannonball Run Rat Race.? This exciting weeklong road rally will begin on September 3rd, 2011 in New York City with 60 cars traveling across the country picking-up clues along the way, eventually leading one lucky team to a locker in Southern California, which will contain a large sum of cash.

The rally will feature sixty teams of two or three people competing against one another to crack the code given out at each morning?s check point and collect the five numeric codes which will then match up to a zip code. The sixth clue will release the actual address of the hidden locker containing the cash prize. 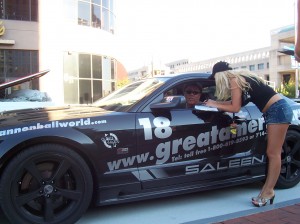 ?The Rat Race is an exciting yet simple idea?, says Cannonball World Events founder Tim Porter.? ??The Cannonball Run? meets ?Raiders of the Lost Ark? head on in a madcap race to win a briefcase crammed with cash hidden in a secret location. No engraved cups to win, no big speeches, no pat on the back…just good old dollars. A lot of dollars!? 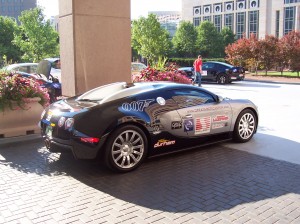 The eventful weeklong rally will conclude on September 9th, 2011 with a final night party hosted at the Ritz Carlton in Laguna Beach, CA.

?It?s all about having fun, letting off steam and bonding. And there is also a gut- churning track day to be enjoyed at one of America?s premier racetracks? says Porter.

Entries are strictly limited to 60 cars for the 2011 event.? The entry fee into The Cannonball World Run 2011 event is $8,995 (US). This is based on one vehicle and two persons sharing a double/twin room. ?All overnight accommodation, breakfasts, evening meals, route packs and race track fees are covered in your fee.

For more information on The Cannonball Run Rat Race or how to become a participant, go to the Cannonball World Events website,?www.cannonballworld.com, or email [email protected]. 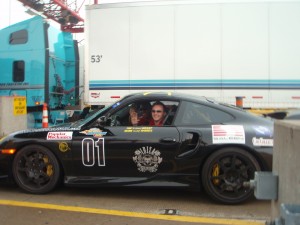 In July 2007, the fun and excitement of Porter?s European rally?s arrived in the States with the birth of ?The Great American Run? a history making event with multi-starting cities and an $86,000 first prize for the winning team. 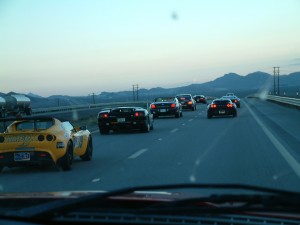