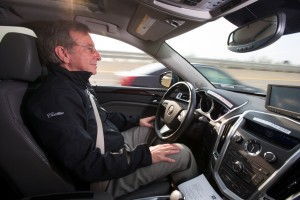 Cadillac engineers are testing a feature to could ease the driver?s workload in freeway traffic.? The new system called ?Super Cruise? works like an autopilot on an airplane allowing the driver to relax, while the system steers, brakes and centers the car in the lane while driving under certain optimal conditions.

Super Cruise is designed to ease the driver?s workload on the freeway, in both bumper-to-bumper traffic and on long road trips by relying on a fusion of radar, ultrasonic sensors, cameras and GPS map data.?

?Super Cruise has the potential to improve driver performance and enjoyment,? said Don Butler, vice president of Cadillac marketing. ?Our goal with advanced technologies, like this and our CUE system?is to lead in delivering an intuitive user experience.? 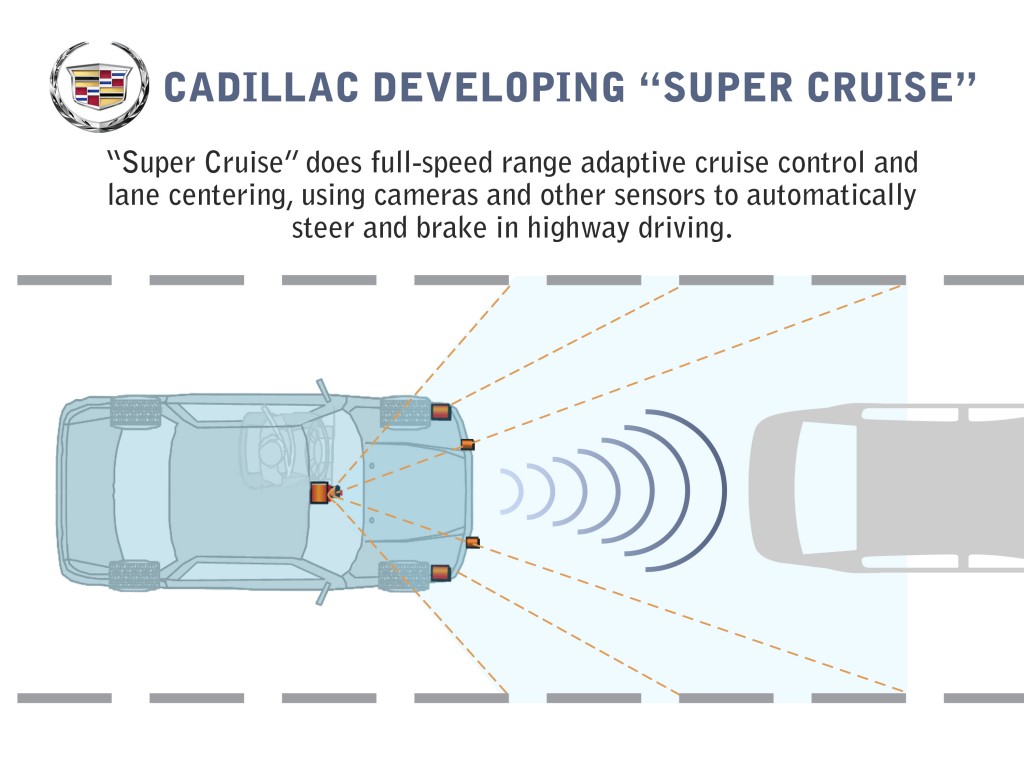 Many of the building block technologies for Super Cruise are already available on the all-new 2013 Cadillac XTS??and ATS?luxury sedans, as part of the available Driver Assist Package. It is the first Cadillac system to use sensor fusion to provide 360 degrees of crash risk detection and enhanced driver assist features, including:

The key to delivering semi-autonomous capability will be the integration of lane- centering technology that relies on forward-looking cameras to detect lane markings and GPS map data to detect curves and other road characteristics, said John Capp, General Motors director of Global Active Safety Electronics and Innovation.

Even when semi-autonomous driving capability is available on vehicles, the system will have operational limitations based on external factors such as weather and visibility of lane markings. When reliable data is unavailable, the driver will need to steer.

GM and its research partners recently conducted a study funded by the Federal Highway Administration on human factors in semi-autonomous vehicle operation. When asked, some study participants expressed strong interest in having a vehicle that could drive itself, particularly for long trips when lane centering and full-speed range adaptive cruise control could help lighten the driver?s workload.

?The primary goal of GM?s autonomous and semi-autonomous vehicle development is safety,? Capp said. ?In the coming years, autonomous driving systems paired with advanced safety systems could help eliminate the crash altogether by interceding on behalf of drivers before they?re even aware of a hazardous situation. More than ever, consumers will be able to trust their car to do the right thing.? 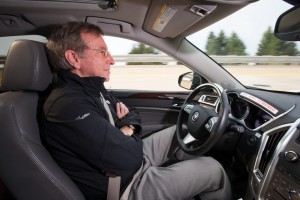 The semi-autonomous technology could be ready for production vehicles by mid-decade.