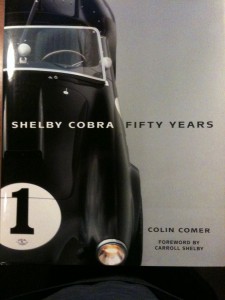 There were only 1,009 Shelby Cobras built between 1962 and 1965, but when you Google ?Shelby Cobra?, there are 5,270,000 results before you can blink.? Few cars have had more impact, and it all came from one man?s dream to build performance cars.

Carroll Shelby was a Texas chicken farmer in the 1960s before he decided to start his own company to build nothing but ultra-high performance sports cars.? In 1962, Shelby introduced the first Cobra, and the rest, as they say, is history.

Shelby American is one of hundreds of small independent start-up that dreamed of making it big in the automotive business, but none had the success and notoriety of the sports car created by Shelby. 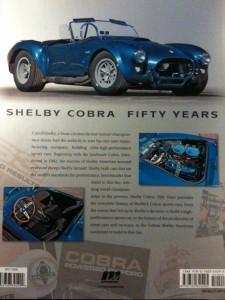 In his new book, Shelby Cobra Fifty Years, Author Colin Comer, tells the story of one of the most respected names in the auto business from imagination to legend.? The Shelby Cobra became bigger than life creating a performance benchmark that still lives 50 years later.

Comer, an authority on collector cars, documents the Cobra history and tells the story of the colorful people who owned them, drove them and race them in his beautifully documented new book, Shelby Cobra Fifty Years.? The large format hardcover book contains 256 pages with 309 color photos and 119 black and white photos.

Comer talks about dozens of individual cars by serial number documenting the exploits of the owners and their Cobra. There are also rare models, Cobra rivalries, Cobra trivia, and the forward is written by Carroll Shelby. 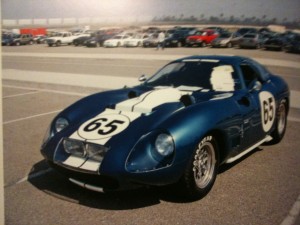