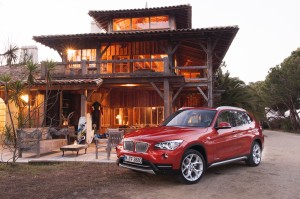 ?BMW is filling the X1 space in its naming schematic with a sports sedan-like SUV joining the X3 and X5 models.? The premium sub-compact debuts in the Fall of 2012 with a state-of-the-art powertrain, innovative features, selective design modifications and extensive interior refinements.

?The new 2013 BMW X1 will arrive in authorized BMW Centers in the fall of 2012. ?There have already been more than 275,000 X1s sold worldwide.? Demand has been especially brisk in Asia and plans now call for a second plant to go on line in China. 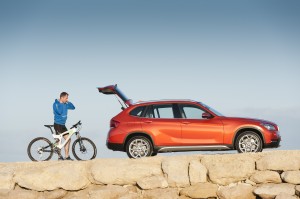 ?The arrival of the BMW X1 to the US coincides with an update that includes exterior and interior refinements as well as changes to the BMW EfficientDynamics technologies. All new models feature Brake Energy Regeneration while the X1 sDrive28i and xDrive28i models also benefit from Auto Start/Stop and ECO PRO mode to further reduce fuel consumption.

For the first time, both the BMW xLine and BMW Sport Line will be offered with exclusive design and equipment features. The xLine emphasizes the robust versatility of the new BMW X1 while the Sport Line accentuates its performance and handling. For enthusiasts who want to accentuate the sporting character of their X1 even further, an M Sport.

BMW?s newest 2.0-liter TwinPower Turbo 4-cylinder engine powered both the X1 sDrive28i and xDrive28i. The 240-hp engine is mated with BMW?s latest 8-speed Steptronic automatic transmission.? Zero to 60 mph times are expected to be in the low six seconds.? Fuel economy estimates are 24 mpg city/33 mpg highway for the two-wheel drive and slightly less for the four-wheel drive. 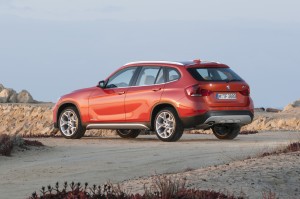 BMW?s 3.0-liter twin turbo inline six-cylinder engine will be offered in the North American market along with a six-speed Steptronic automatic transmission.? Rated at 300-hp, the X1 xDrive35i logs a 5.3 second 0 to 60 mph time according to the manufacturer with fuel economy at 21/27 mpg. 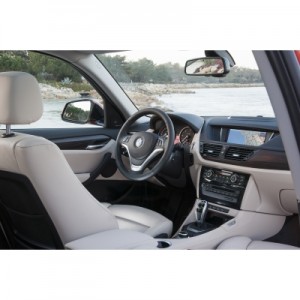 The M Sport Package is available for all models. It consists of a Sport Suspension and 18-inch M Double-spoke wheels with mixed-sized performance tires with an available upgrade to 19-inch wheels. Interior touches include Sport Seats, an M Sport Steering Wheel, Dark Aluminum or Light Fineline Wood trim and an anthracite headliner. Exterior enhancements include M Aero kit, Shadowline trim, and high-gloss roof rails. The all-wheel drive X1 xDrive28i and xDrive35i models also get Performance Control as part of the package. 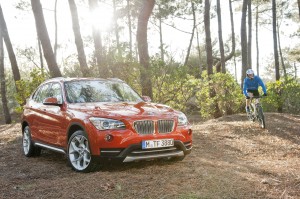