Eagle, Idaho – When the 2020 model BMW X5 M Performance arrived in our driveway it looked like the typical white BMW X5 SAV (BMW calls their SUVs Sports Activity Vehicles) we see so often on the streets in our area. On closer examination the wheels, tires and brakes screamed – “High Performance!” It has massive 295/35 ZR 21 tires in the front and even larger 315/30 ZR22 rear tires covering 15.5-inch and 15-inch rear compound disc brakes respectively. 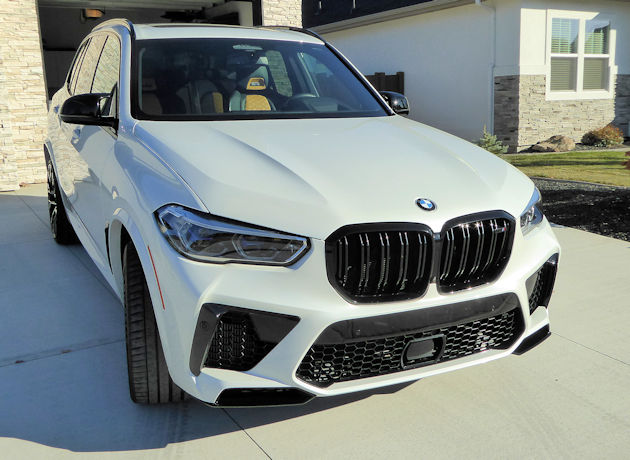 617 Horsepower!
When the engine was started it shook our neighborhood with a powerful exhaust note befitting the 617-horsepower V-8 engine under the hood. We later learned that we could dampen the initial exhaust roar by pressing the M Sound Control button on the center console to keep the sound somewhat muted and more neighborhood friendly. The X5 M comes with a dual-branch exhaust system which is further enhanced with the M Sport Exhaust system and leaves no doubt about its potential! 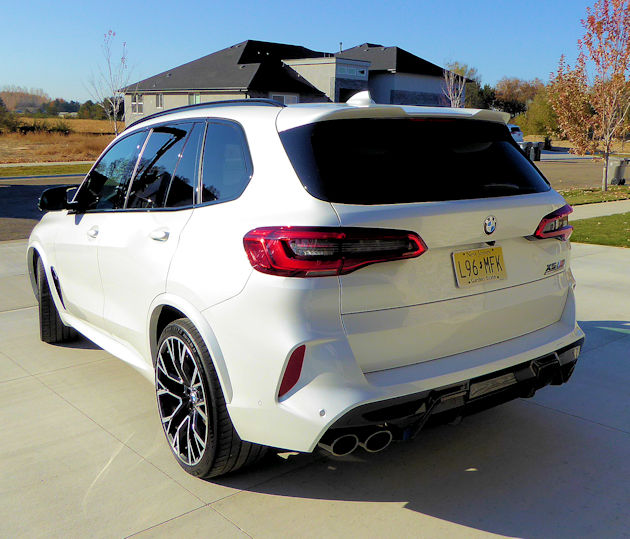 Performance SUVs
Performance SUVs aren’t anything new. There are nearly two dozen luxury high performance SUV/Crossovers on the market now boasting horsepower ratings of 400, 500, 600 and even 700. Most have supercharged or twin-turbocharged V-8 engines with many claiming 0 to 60 mph acceleration times in the 3- , 4- and 5-second range and top speeds as high as 190 mph. The performance levels are not what the average SUV owner may need, but for someone wanting the best, or the fastest the BMW X5 M Performance is a perfect fit. 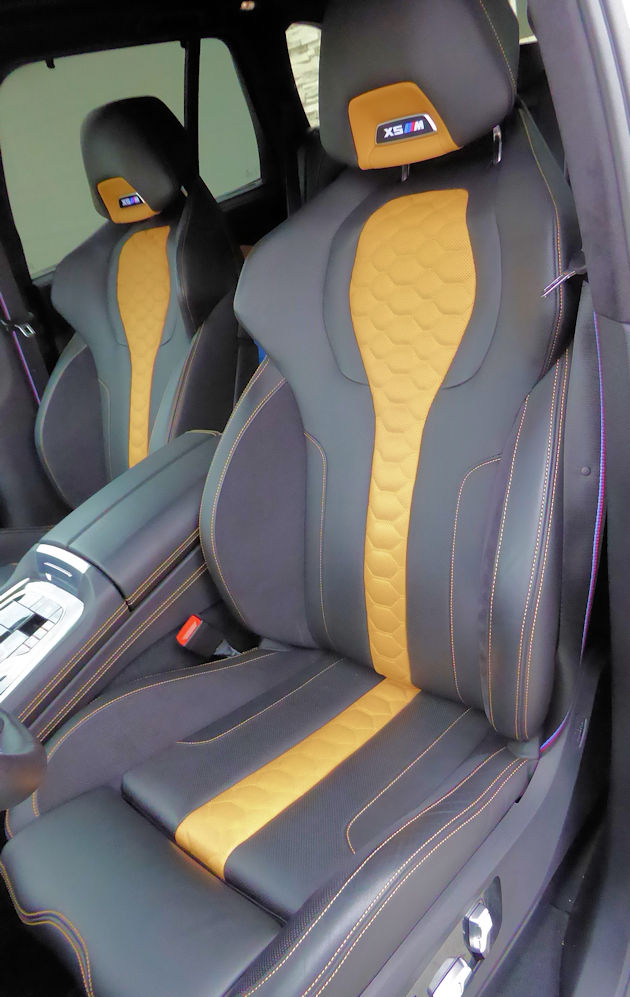 Luxury Abounds
BMW doesn’t skimp on luxury for this top of the line model either. The interior is beautiful. The dark gray seats in our test car were laced with contrasting beige-color stitching and the center of the seats was accented with a wide strip of textured beige leather. The headrests have flashy X5 M badges. Naturally the seats are heated, and so is the steering wheel and the leather covered arm rests on the center console and the doors. The front seats are also cooled and provide massaging. Whoa! You may never want to go home again. 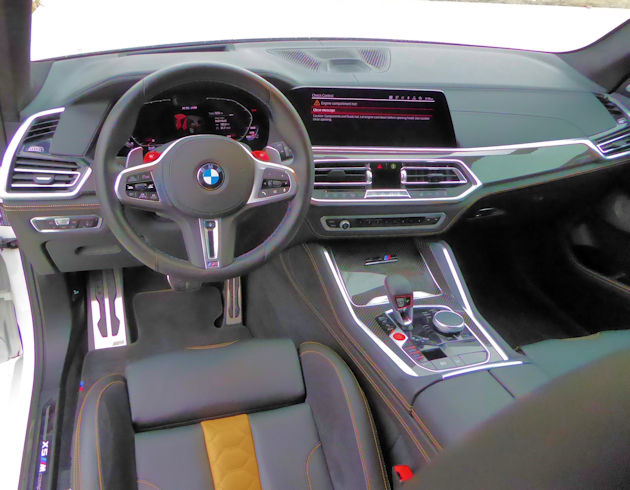 Custom Controls
The thick leather steering wheel face is filled with driver aid buttons for the active cruise and lane departure warning, along with redundant communications buttons. Just in front of the steering wheel-mounted shift paddles are thumb-activated red buttons labeled M1 and M2. These buttons activate instant access to different performance levels based on your personal driving tastes. They can be set to custom tailor seven different configurates including suspension, transmission, engine and so on. Another red button, the starter button, is on the center console. 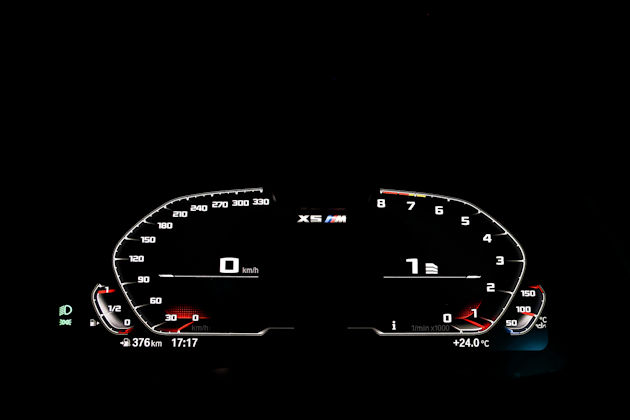 Large Digital Screens
The instrument panel has a well-organized 12.3-inch screen showing driving functions, and just to the right is another 12.3-inch screen with the latest iDrive 7.0 Operating System. The screen, which is operated by the large console mounted knob controls communications, entertainment and vehicle settings. 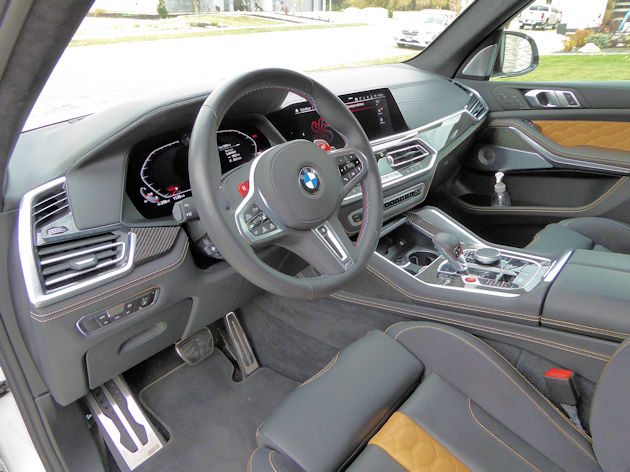 Best iDrive Ever
We have never been overly fond of previous BMW iDrive systems, but this one is great. It’s intuitive and fast acting and doesn’t require clicking through multiple levels of menus to get to the desired control. The navigation function is especially impressive and easy to set with just a mention of where you want to go. The system also allows the driver, or passenger, to make changes using hand gestures. There is also a voice assistant and wireless charging for your cell phone. 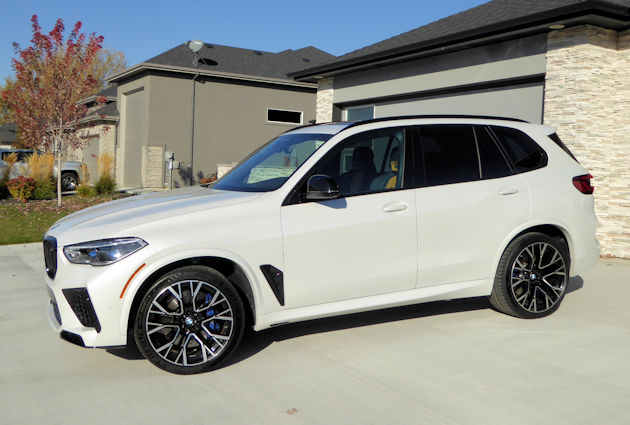 A Heavyweight
Even though the X5 M Competition tips the scales at 5,450 pounds before passengers and cargo, it handles more like a sports car or at least very good sport sedan. This is thanks to the outstanding 4.4-liter twin turbocharged 617-hp V-8 engine, a super smooth and fast acting eight-speed ZF automatic transmission, adaptive suspension and full-time all-wheel drive system attached to the ground by those humungous low-profile tires. 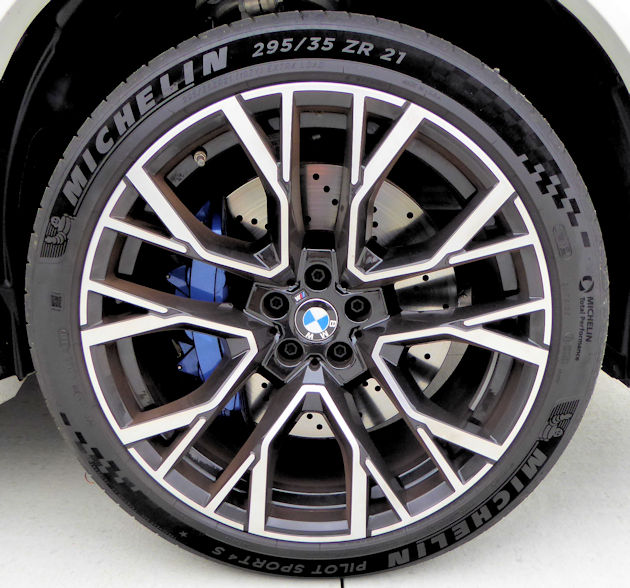 Rough Ride
The trade off to the outstanding handling is a really rough ride. The ride mimics the road surface — when the road is rough, the ride is rough, when the road is recently paved and smooth, so is the ride. But on corners, braking or accelerating it’s amazing. BMW claims a 0 to 60 mph acceleration time of 3.7 seconds and a top speed limited to 155 mph or 177 mph with the optional M Driver’s Package ($2,500) which includes driver training at BMW’s Performance Center.

Poor Fuel Economy
One of the few down sides of the X5 M is the fuel economy. The EPA estimates fuel economy at 13 mpg city and 18 mpg on the highway. We averaged 17.1 mpg during our week of testing.

Filled with High Tech Features
The BMW X5 M is very high-tech including features like a 360-degree camera, Parking Distance Assist Plus, which parks the SAV for you. But there’s more, for only $1,700 more you can have the optional Drivers Assistance Pro Package which adds near self-driving features. It keeps the X5 centered in the lane, brakes it smoothly in stop-and-go traffic and restarts automatically, navigates around turns, all while displaying traffic onto the digital instrument cluster. The active cruise control works up to 130 mph, which is handy if you happen to be in a hurry or on the Autobahn. It also includes an evasion aid which brakes for pedestrians and a Front Cross Traffic Alert – which reduces the danger of a collision. 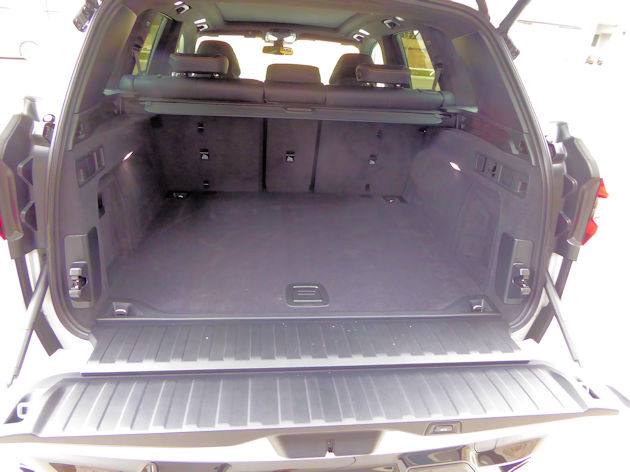 Price
The price is commensurate for all this luxury, performance, styling and space. The base price of the 2020 BMW X5 M Competition starts at $115,095, including the destination charge. Add the Driver’s Assist Pack, Executive Package, Bowers & Wilkins sound system and M Driver’s Package and the bottom line is $126,295.

Conclusion
Get past the rough ride, low fuel economy and high price and the BMW X5 M Competition is an amazing example of The Ultimate Driving Machine. It’s not for everyone, obviously, but for those who want one of the best and one of the fastest SUVs on the market, here it is. 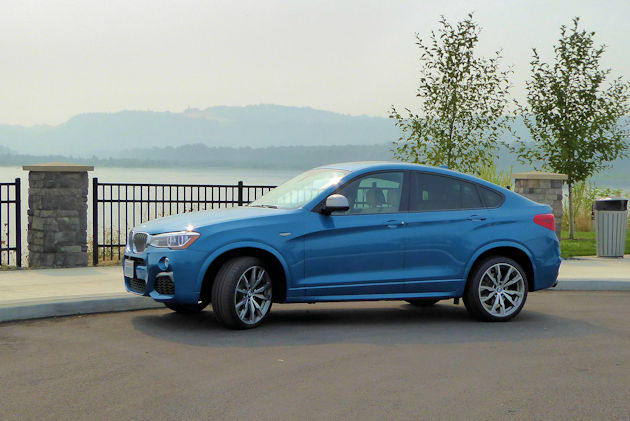