An All-New Model
Last year BMW added the all-new X2 to their extensive lineup of what they call their Sport Activity Vehicles (SAV). The X2 obviously fills the gap between the X1 and X3 completing a roster that extends consecutively from X1 through X7. We?re not quite sure why there?s a need for the X2, because it?s built on the same platform of the BMW X1 and contains most of the same mechanicals. 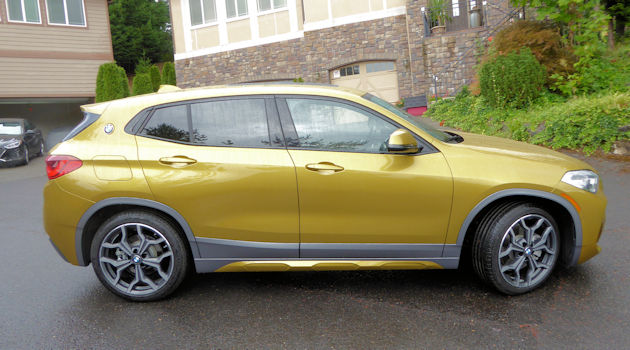 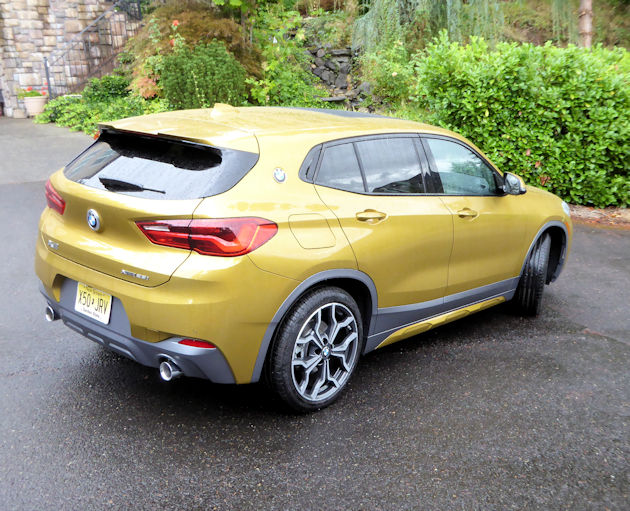 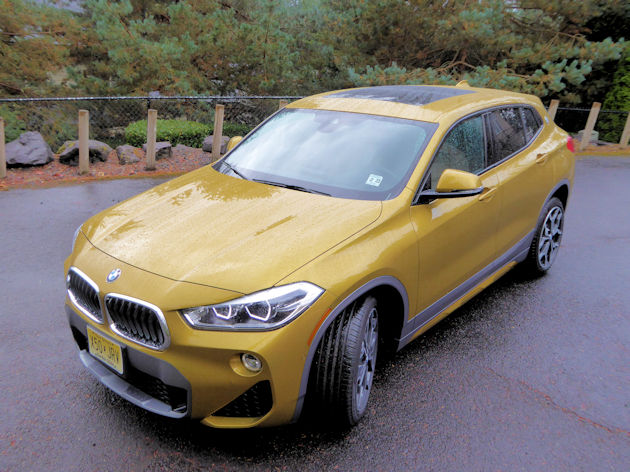 VP Says ?Fresh and Exciting?
To put a BMW Design Group face on it, Adrian van Hooydonk, Senior Vice President of the Group Design describes it like this, ?The BMW X2 represents an expression of modern and extrovert vehicle dynamics. Its standalone vehicle concept brings a new, fresh and exciting facet of the BMW to the compact segment.? 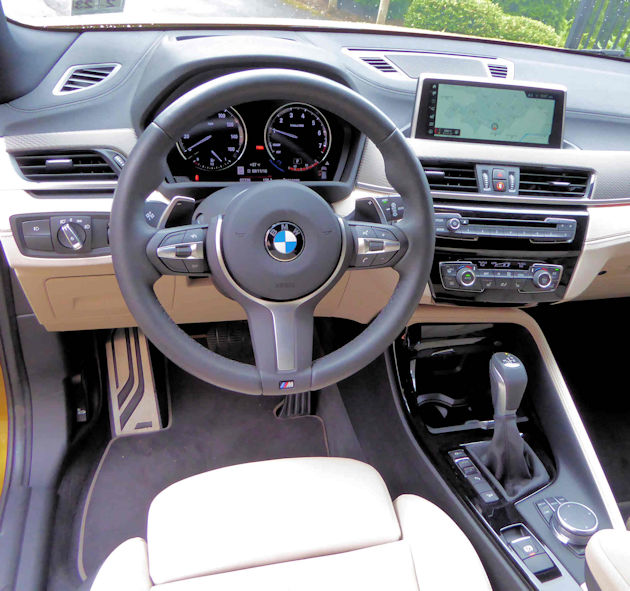 A Flashy Urban SAV
In basic trim the X2 is a front-wheel drive, but we think that makes little sense for any SAV, but we suppose it might be okay for urban dwellers wanting to sport around town in a flashy, aggressive-looking vehicle. 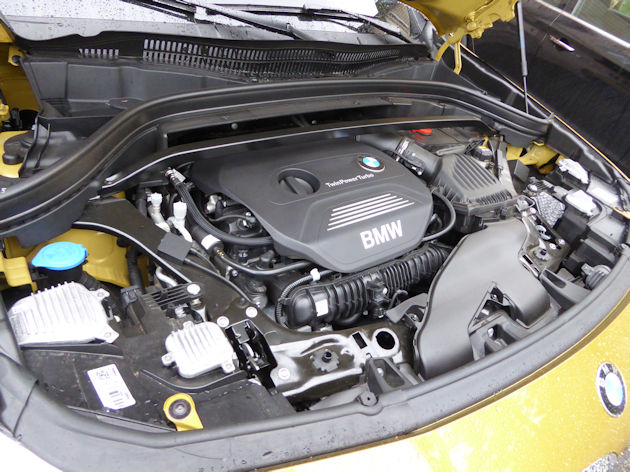 Accelerates from 0 to 60 mph in 6.2 seconds
By the numbers the xDrive 28i produces a respectable 0 to 60 6.3 second 0 to 60 mph acceleration time and a top track speed of 130 mph. The EPA estimates typical fuel economy at 21 mpg city, 31 mpg highway and 25 mpg combined. The BMW trip computer said we averaged 25.5 mpg during our week of city and highway driving. 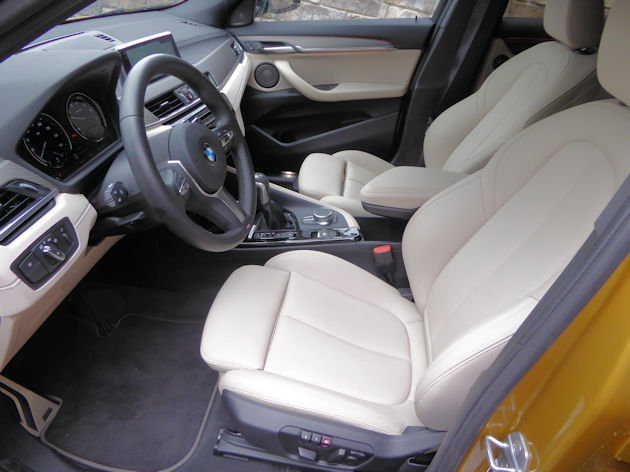 And There is an M Version
For enthusiasts that want even more, the X2 is also available in an M version (while it?s not exactly an M version in the same realm as the M3 and M5 cars, it certainly is more aggressive.) The X2 xDrive M35 also has the 2.0-liter turbocharged four-cylinder engine, but it?s been pumped up to 302 horsepower. The extra horses drop the 0 to 60 mph time to 4.9 seconds and the top speed to 143 mph at a price differential of about $8,000 more than the 28i.

Priced from $39,395
In the typical BMW pricing scheme, the X2 is offered with a large range of customization, or to put it another way, there are lots of available options. Our test vehicle had a base price of $39,395, including the destination charge. The Driving Assistance Package, Premium Package, M Sport X Package and a handful of stand-alone options added up to a bottom-line price of nearly $51,000. 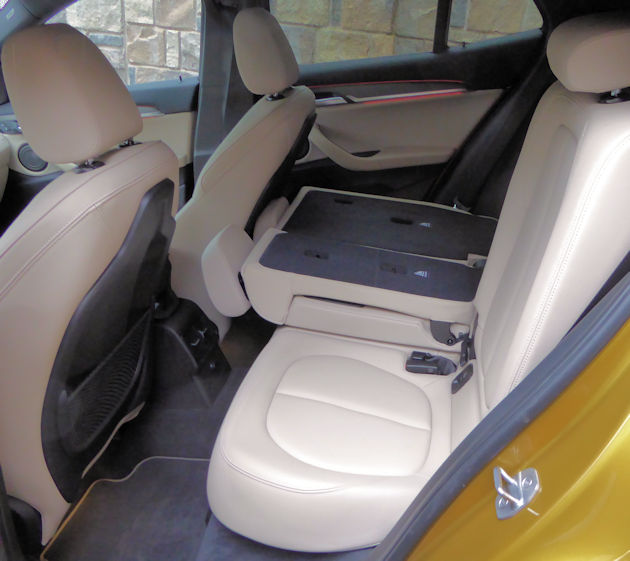 It?s the Options that Create the Luxury
However, it?s those option packages that push this littlest BMW Sport Activity Coupe into the luxury category by adding many of the features we consider mandatory like navigation, rain sensor wipers, rear view camera, power tailgate and active cruise control. We also appreciate the features like LED headlights with cornering lights, head-up display and panoramic moonroof. Then there are the accessories that make it an even better road machine, like 19-inch double spoke wheels and sport seats. Throw in park distance control, Apple CarPlay, wireless charging, a premium harman/kardon audio system and it?s truly a luxurious BMW SAC.

Where?s the Blind Spot Warning?
The only thing we found missing from the long list of features was a blind spot warning system, which we thought was nuts! This feature should be mandatory, just like seatbelts, especially on at $50,000 vehicle. 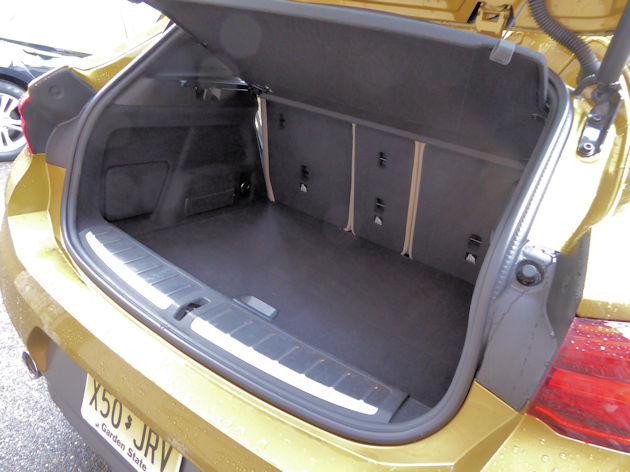 Three Types of Connectivity Controls
BMW engineers have outfitted the X2 with state-of-the-art connectivity including three types of controls: the latest (the sixth generation) of the iDrive controller, a cloud-based voice control and the optional touch screen system, which also can be easily controlled by the front seat passenger. These systems allow the driver to use the available connectivity in a way most comfortable to him or her.

Available in Galvanic Gold
Adding to the X2 sportiness are some dramatic available colors like Milano Blue Metallic, Sunset Orange Metallic and the new Galvanic Gold metallic finish that gives added impact to the character of the BMW X2 M Sport X.

Carries Five and Luggage
From a practical standpoint, the X2 will carry a family of five ? and have room for 21.6 cubic feet of cargo without resorting to a rooftop carrier. With the rear seatback folded, the cargo capacity expands to 50.1 cubic feet, or room enough to carry the luggage and equipment for a ski weekend or mountain biking. The power lift gate is certainly a nice feature for loading on special trips or shopping sprees.

Conclusion
Shoppers looking for a bit more sportiness in their SUV choices should be sure to drive the 2019 BMW X2. It has the extra pizzazz and features that give it advantages over the competitors in this class.