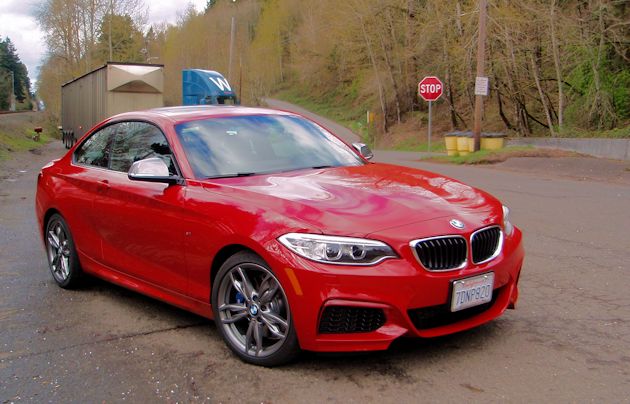 You almost need a program to follow the advances and changes in the BMW lineup. With the i-series electric cars, hybrids, GTs, Alpinas, 2 and 4 series coupes and it?s hard to keep track of what?s what. Plus the total number of BMW models available keeps growing; we counted 31 in a recent inventory at the BMW website.

A good example of our confusion is the M235i we drove recently. It?s not one of the legendary ?M? performance cars, but it does have an ?M? name and it certainly seems to be a performance car. 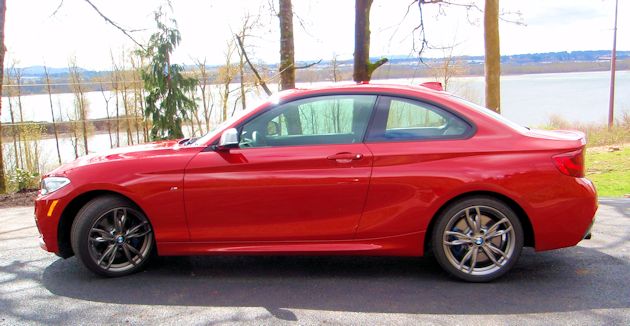 A successor to the popular 1 Series coupe, the 2 Series Coupe is a reconfiguration of the BMW nomenclature ? like the 3 Series Coupe and Convertible are now called 4 Series. However we understand that the upcoming1 Series Sedan is rumored to be a front-wheel drive, whereas the M235i is a rear drive. It?s puzzling, but we?re sure when the dust settles it will make sense ? maybe.

What?s not confusing is the way the M235i drives. As our tastes have changed through the years we find we like different features on cars. Barbara is more than ever into luxury, comfort and vehicle design with a strong interest in the technological safety features like blind spot, rear cameras, active cruise and other things that make driving easier and safer. Bill likes those things too, but still enjoys the driving experience and refined performance, but not necessarily the superfast kinds we?ve seen the last few years. 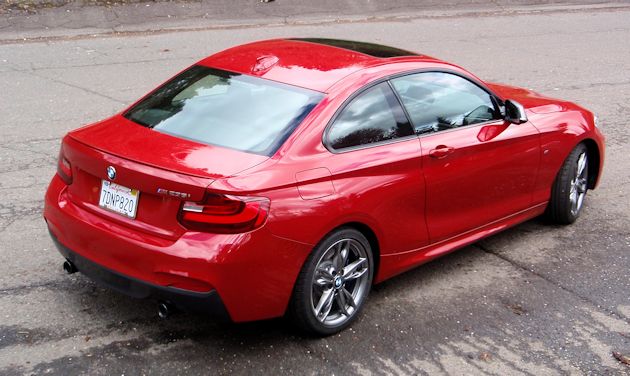 As result of our more diverse automotive interests, we were somewhat conflicted by the M235i. It doesn?t go down the luxury and comfort road much at all; however she did enjoy driving it because of its civilized manners and spirited acceleration. 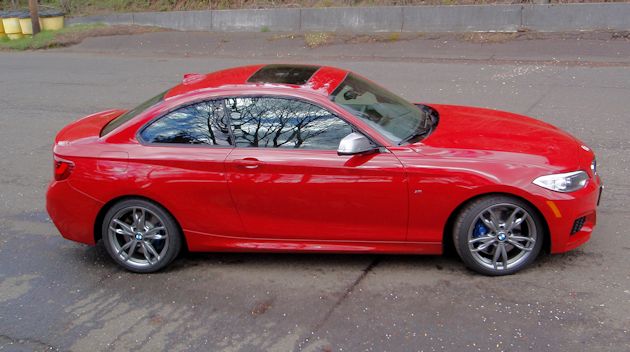 The 2- Series comes in two variations currently, the 228i and the M235i. Of course the M235i is the fast one, powered by BMW?s venerable 3.0-liter twin turbocharged in-line six cylinder engine. Several buff magazines list the M235i acceleration time at a very impressive 4.5 seconds, and they?ll get no argument from us. Even the 240-hp, 2.0-liter turbocharged four-cylinder model is very quick making that run in 5.4 seconds. Top speeds are limited to 155 mph and 130 mph respectively. Fuel economy is quite respectable for such fast cars, too; the M323i is rated at 22 mpg city, 32 mpg highway and 25 mpg combined. We averaged 24.7 mpg during our week in the car. The 228 is listed at 23/35/27 mpg. 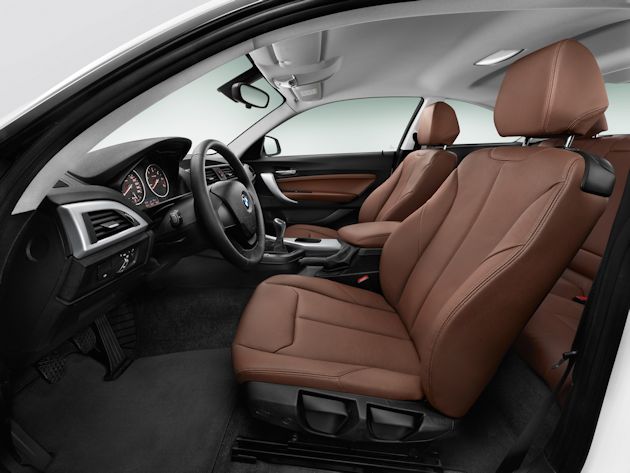 Both cars come with a standard six-speed manual transmission and no-charge optional eight-speed automatic. BMW manual transmission is super smooth and positive shifting, but we liked the automatic and the steering wheel mounted shift paddles. The cars are equipped with an Auto Start/Stop function which quickly shuts the engine down to save fuel when you stop, say for a traffic control, or to talk to a neighbor. Past BMW models we drove were rough in the restarting process but they seem to have that fixed ? this one is smooth and quick. The system can be turned off for drivers who don?t like the distraction, or want to keep the engine running. 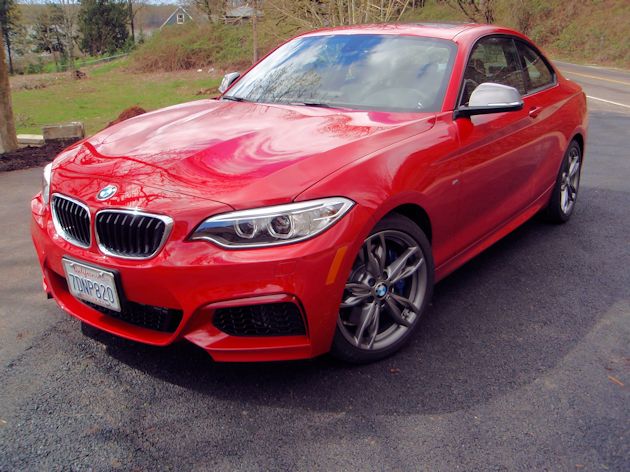 The M235i is nice looking with all the family typical BMW design cues ? long nose, kidney grill, sweeping roofline and short rear deck. BMW has a great look and this car follows the formula well. In some ways it reminds us a lot of Bill?s old 2002 and 320i, both which he bought new in the 1970s.
The interior is classic business-like BMW with the horizontal control organization. It?s designed to maximize driver control, not to provide a cozy environment. Our test car had a Spartan option list with Red Metallic paint and Black Dakota Leather as the only extras, so we didn?t get to play with the navigation system and some of the other and available tech goodies. 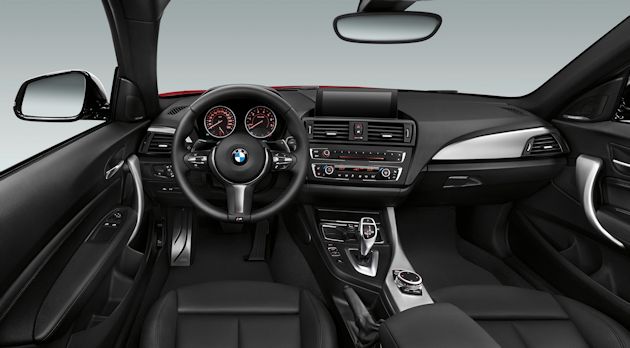 The seating is typical BMW, well supported, and firm. The rear seat will actually hold adults; as long as they are not too big and can make the climb in and out?it?s not a great place for your grandmother.

Standard equipment in the M323i does include a moonroof, power seats, headlight washers, Xenon headlights, automatic climate control, BMW Assist along with Bluetooth and USB.

Even though we didn?t totally agree on the BMW 235i, we both admit it?s an excellent car for a driver that has the money and wants a car that can be driven hard and enjoyed for a romp through the mountains or even during track day. Most of all it?s a car for a serious driver, perhaps someone that wants a sports car, but needs room for a small or young family. 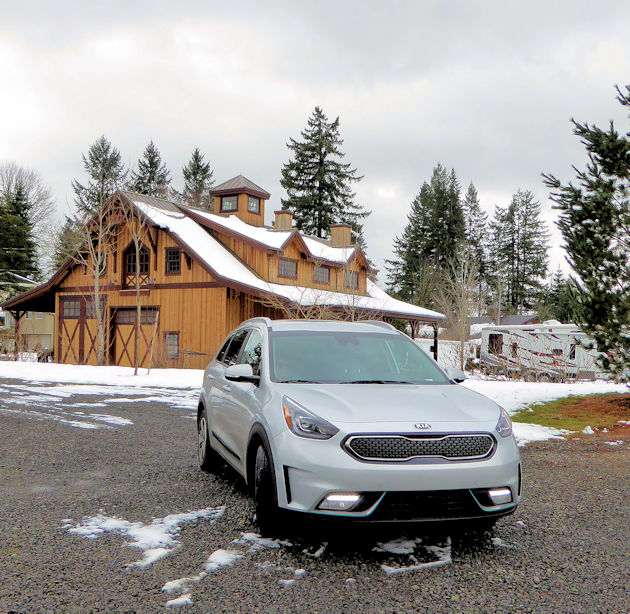 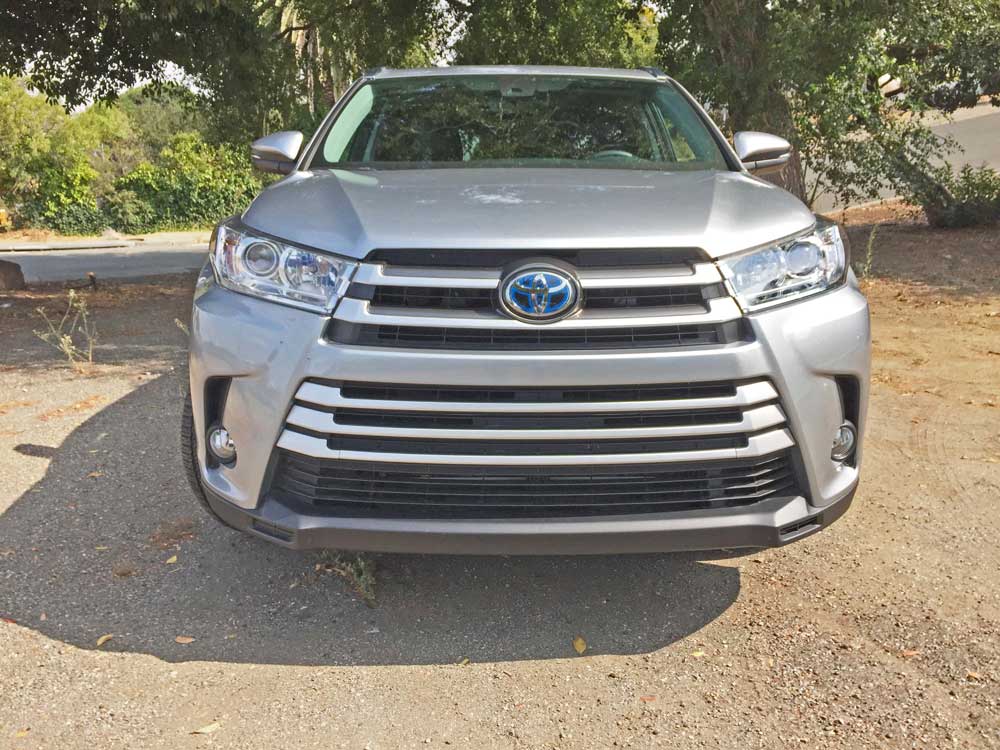