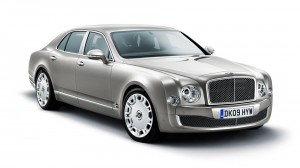 When many of the world?s automakers are downsizing, Bentley is expanding with a new dealership in Sao Paulo. The all-new Bentley San Paulo represents the brands 48th retailer in the Americas region and a new venture with the first in South America. With the world?s wealth moving south as Mexico?s Carlos Slim Helu named as the world richest man it seems fitting that luxury is also moving south. Although Brazil is alot further south than Mexico the new dealership signifys?a key to future growth south of the United States and the total number of Bentley retailer?s worldwide increases to 172 with this dealership.