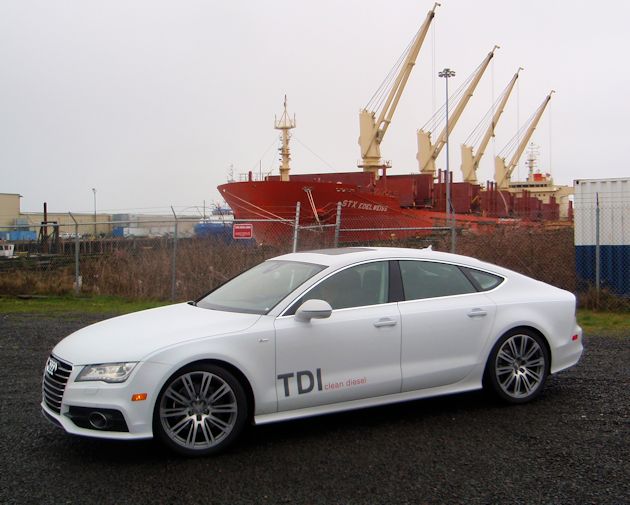 That?s the first thing we think when our test car schedule lists a special fun-to-drive car. This time it was the dramatic-looking Audi A7 TDI. We have a soft spot for any of the cars that embrace the so-called ?four-door coupe? design Mercedes-Benz pioneered in 2004 on their CLS-Class cars. Since then many designers have created variations on the swept back roofline on four-door models but the 2014 Audi A7 is one of our favorite interpretations.

We?re especially fond of the Audi A7 styling because it integrates a hatchback configuration which gives the car almost wagon-like flexibility and extra cargo space when needed.

Time didn?t permit a long trip, but a couple of days on the Oregon coast were certainly doable and the A7 gave us the excuse to go. It?s also a good chance to spend some time listening to a mystery audiobook by one of our favorite authors.

On the mechanical side, the Audi A7 has two new variations for 2014 based on expanded engine offerings. The RS 7 version gets power from a new twin-turbo 4.0 TFSI V-8 engine rated at 560 hp. This is a machine capable of a 0-60 mph run in just 3.7 seconds and it comes standard with outstanding handling. More suited for our pace is the A7 TDI, which has the new 240-hp V-6 clean diesel engine. Pumping out 428-lb.ft. of torque this version makes that same 0 to 60 mph run in a very quick 5.5 seconds.
The other A7 models available include the 310-hp supercharged 3.0-liter V-6 A7 and the S7 performance version that uses a 420-hp turbocharged V-8. These two models have a 5.4-second and 4.5-second 0 to 60 mph times respectively. 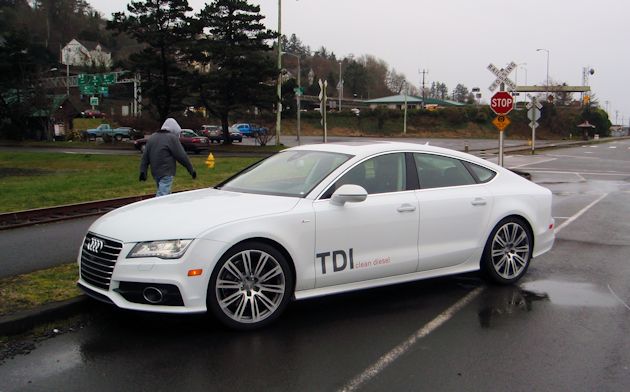 All the A7 variations (except the S7 which has a seven speed S tronic automatic) use Audi?s new eight-speed Tiptronic? automatic transmission and quattro all-wheel drive. The TDI boasts an EPA fuel economy rating of 24 mpg city, 38 mpg highway and 29 combined. On our trip to the coast, we averaged 34.1 mpg ? very impressive for a luxury sedan.

While most new car shoppers in the U.S. still seem hesitant to buy the new clean diesel vehicles, the shoppers of European brands seem to be checking the diesel option box at a much higher rate. Part of that reluctance by U.S. buyers goes back to the diesel fiasco from the early 1980 when General Motors built diesel powered cars that were noisy, smelly and not very reliable. 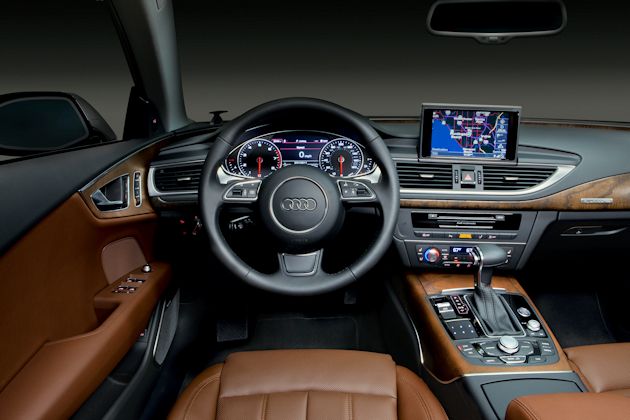 Except for the first minute or two when the TDI chattered ever so lightly when it was first warming up in the morning, you would never know this car was powered by a diesel engine. Well, that?s not entirely true, since Audi advertised the fact in giant letters on the lower section of both front doors of our test car. Once the engine was warm it was as quiet as or quieter than a gasoline engine, and there was no smoke and no smell. And then there is the performance, which is phenomenal ? smooth, quiet and very strong. The diesel engine doesn?t rev high like a gas engine it?s more of a matter of strength or torque. 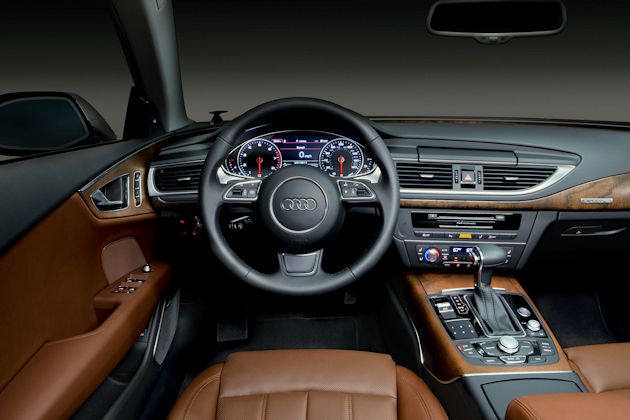 In addition to the diesel advantage the TDI also has the quattro permanent all-wheel drive system. Certainly it?s helpful by providing better traction on wet and slippery roads, but it also makes the car handle better. The system distributes power between the rear wheels to enhance cornering and acceleration as the driver exits a turn.

The 2014 Audi A7 TDI is available in two upper level trims starting with the luxuriously appointed Premium Plus at $67,795, including the destination charge. Then the top level Prestige model adds another handful of cosmetic and comfort features for $2,900 more. Incidentally, the diesel option is only $2,400 more than the supercharged V-6 base model. 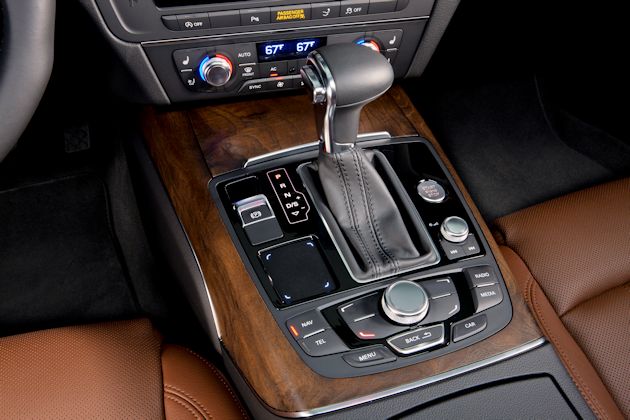 Included in the A7 standard equipment list is Audi connect? which is part of the Audi MMI? navigation system. This is the first system to use the amazing Google earth navigation system. It shows real satellite photo images of the area where you are driving, not merely map representations. The MMI also operates the climate control, central locking, instrument cluster, vehicle diagnostics, cell phone and audio entertainment. The system is one of the more user-friendly systems we?ve used. It operates from a large console-mounted control button surrounded by direct access buttons. The system also has an innovative touch pad entry system that can be used to draw letters to input numbers or addresses and it works quite nicely once you get the hang of it.
Other available driver aids include the Audi side assist to monitor blind spots, Night Vision Assist to detect pedestrians up to 300 feet ahead, a corner view camera and adaptive cruise control. 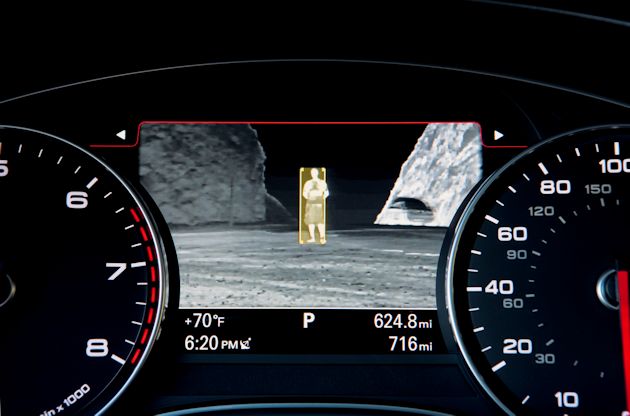 Luxury car shoppers looking for a car with a strong universal appeal should find the 2014 Audi A7 TDI a top pick. It has head turning styling, flexible cargo carrying capacity, excellent performance and handling, comfortable seating and amazing fuel economy ? in short, exactly the features we?d like in our own car. 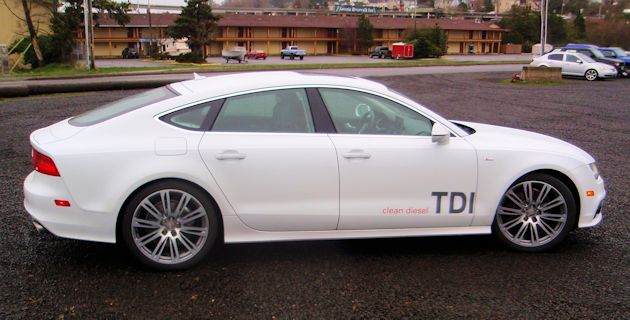 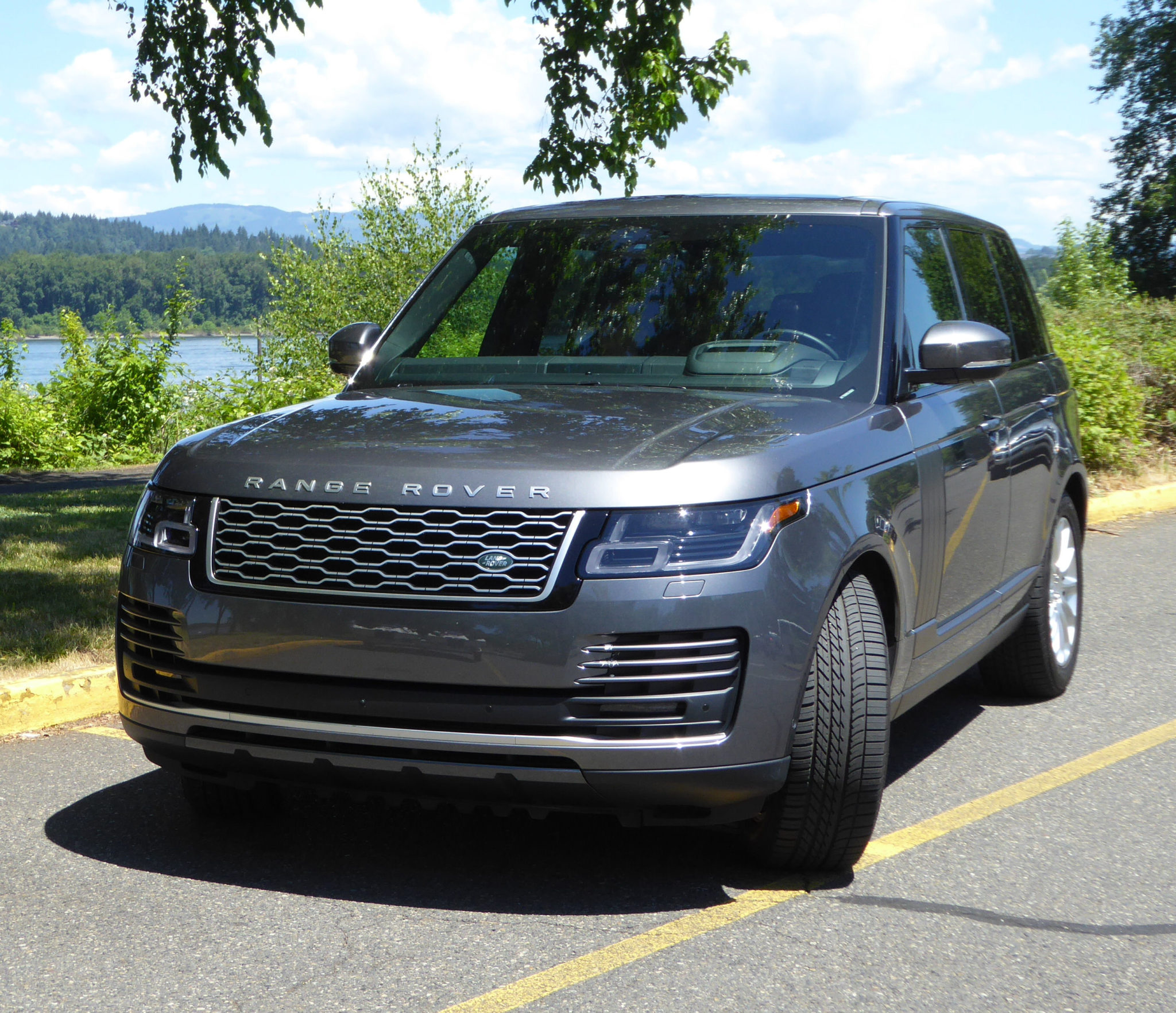 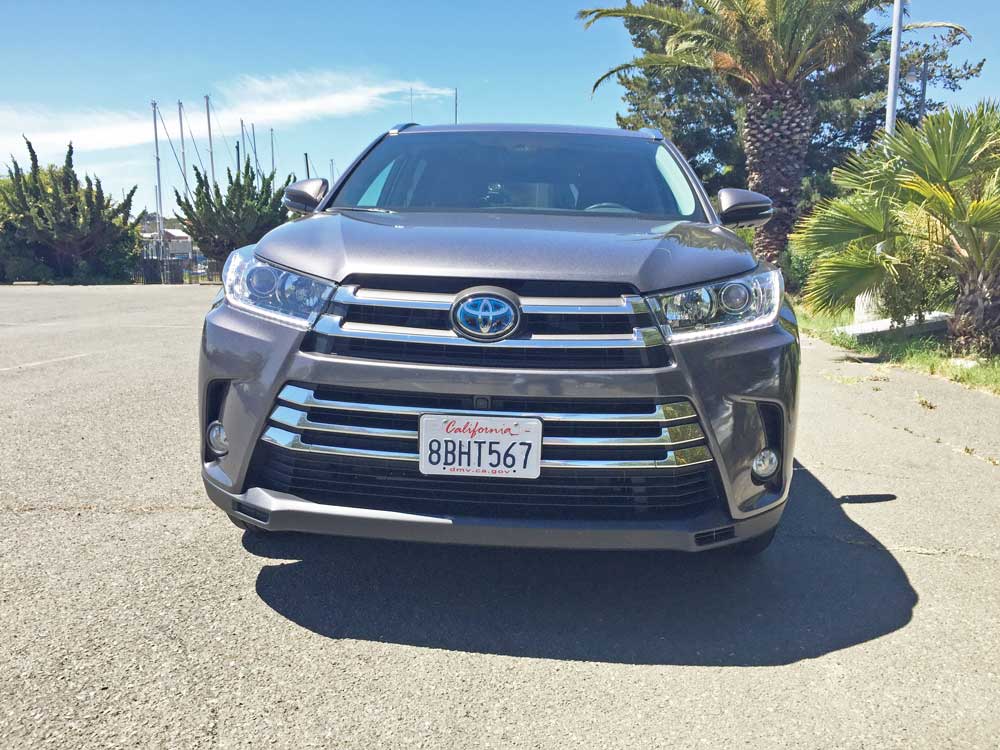