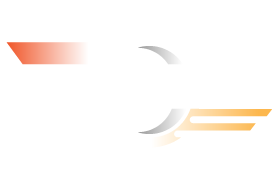 We are an automotive review site to help educate consumers and vehicle enthusiasts.  The content is specifically designed to provide in-market buyers with the type of information they desire before making vehicle purchase decisions.

We consider our job here at Our Auto Expert is to tell the consumer in simple terms what it’s like to drive the latest models. We drive many different vehicles and we take very detailed notes on all of them. Our main goal is to help the consumer find the right car that fits their specific needs.

We also offer the latest automotive news for all you automotive enthusiasts to stay up to date with your favorite car manufacturer.

Please feel free to make any comments on any of our articles, we answer everyone, and want input from you also to educate us with something that we may have overlooked.

Thanks for visiting Our Auto Expert and we hope you enjoy our site. 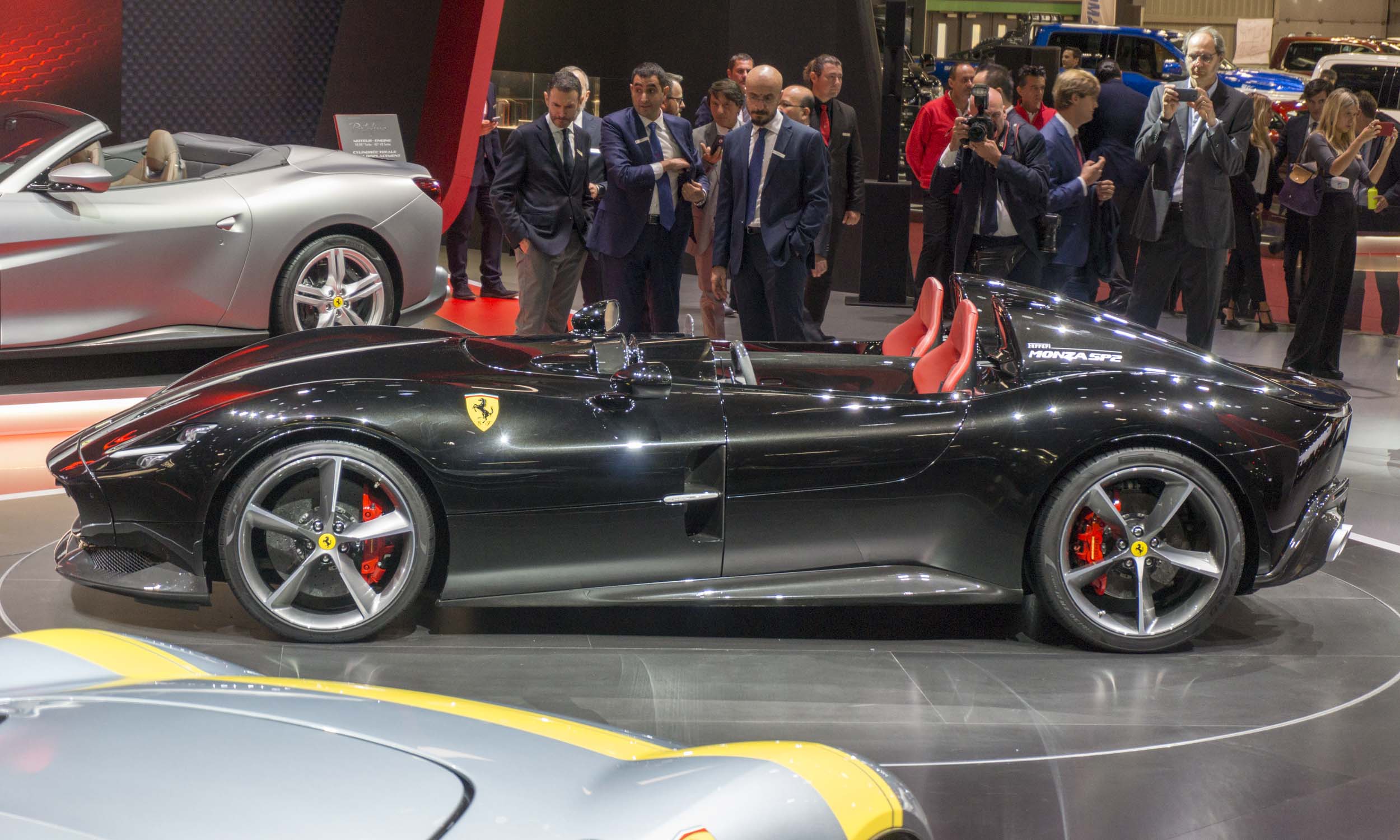 Nik has been a staple of the American broadcasting scene since the early 90s. Nik Is best known nationally for his Fox Sports and NBC Sports, TV show and locally for his Morning show segments on 50 local stations. Nik also has a daily Radio News segments that reach a million Americans every day. With 32 years experience as a radio and TV host and 14 years as an automotive journalist, Nik has a witty and informative automotive perspective. Nik got his start in Radio as the #1 Portland and Seattle afternoon show. Nik was an early adopter of digital media and has been part of the YouTube landscape since 2006.

Born in England, Nik has worked for the BBC, Tribune Broadcasting, CBS, Entercom, and many more major broadcast network companies. Nik has five dogs, Porsche, Samwise, Joey, Bhel, and Arwen and has spent many years rescuing animals in need. Nik spends any free time he has at his house in Portland Oregon, Riding his Motorcycles and working will local charitable organizations. Whenever Nik appears on TV he wears Union Jack socks. This is his tribute to his homeland.

Mike is Nationally recognized on-air TV personality that provides expert commentary on a variety of topics facing the nation. From general news to politics, Mike’s bread and butter spans the greater transportation industry with a focus on automotive and motorcycles. However, Mike’s rich background in current events and politics as a private sector business owner makes his a great voice for the middle class providing key insight to media outlets as well.

Although not Mike’s original career path, he fell in to TV by simple luck and for the past 12 years he’s been featured on TV news stations nationwide. He considers Fox News Channel to be a “home” channel where Mike makes routine trips to NYC to share with America’s #1 cable morning show, Fox & Friends, all the great things happening in the auto industry. Mike is also a host and featured talent provider for High Impact Television and their nationally recognized Satellite Media Tour programming. Mike can also be seen on Fox Sports as well as an on-air personality covering major events and tradeshows across the nation. Mike is also a key member and partner of an automotive industry insider website called OurAutoExpert.

Perry started his automotive career almost 30 years ago as an advisor at a vehicle consulting firm, helping customers to decide on which vehicles to buy and then helping them through the purchase process.  Always a car enthusiast, Perry went on to be one the original staff members of CarPoint, Microsoft’s automotive Web site that launched in late 1995. In 2002 Perry became editor of the site that is now known as MSN Autos. Perry left Microsoft in 2014, starting his own production company Automotive Content Experience with two long-time colleagues and shortly after launched AutoNXT.net. Perry drives almost every new car on the market, ranging from base-level Kias to exotic high-performance Lamborghinis and attends major auto shows around the world. And he’s still a car nut.

Bill and Barbara Schaffer have been reviewing new cars for more than 28 years. As one of the few husband-wife teams writing about cars in this country, their stories offer a fresh perspective from two points of view. They don’t write to show readers how much they know or tell them how fast they can drive, rather their stories give an honest impression of what each of the vehicles is like to drive and what they like about it or don’t like.

The Schaffers live in Eagle, Idaho with easy access to the great mountain roads near McCall and Sun Valley, Idaho.  The Schaffer’s auto reviews also run in a group of newspapers in Wisconsin.

He has worked closely with high-profile, global news outlets which include Fox News, CNN, BBC, Reuters, AP, and Bloomberg among others. As a Marine, Rob interviewed President H.W. Bush, was part of the invasion into Iraq and participated in recovery and communications efforts at Ground Zero during 9/11. The last six year of Rob’s career has been focused on automotive and tech PR with DRIVEN360, the award-winning integrated marketing, and communications firm based in Southern California.

Ree has had the pleasure of working with companies such as MTV, Mercedes-Benz, ABC, NBC Networks, Univision, LinkedIn, Nike, Johnson & Johnson as well as college and professional sports. Ree hails from the East Coast but now makes Northern California her home along with her husband and a rather energetic cat.

Harrison is a producer and video editor for Our Auto Expert with a passion for all things automotive related. Before producing high-quality automotive video content for experts Mike and Nik, Harrison was a published journalist who has written thousands of articles in the digital automotive media world – from theory pieces to industry news and everything in between.

He’s had the pleasure of working alongside some of the biggest names in the automotive aftermarket during his tenure as a journalist and remains active in the industry as a freelance journalist for several publications.

Meagan is the director of social media at Our Auto Expert. With 10+ years of experience in managing professional social media accounts and live brand events, she has a deep understanding of what it takes to implement an effective digital marketing campaign to effectively drive traffic and engagement on regional and global levels. Meagan has expanded or developed a social media presence for many brands. She managed one of the most successful Ford SnapChat campaigns and has won a PRSA award managing a Chevrolet’s Grassroots Communications Division outreach program that combined social media with a live event.

When Meagan isn’t online she can be found traveling the world and chronicling her journey at MommyTravels.net. She will go anywhere and try anything, especially if she has her three kids with her Noah, Eden, and Jonah.

Michael Carson is the Business Manager/Senior Producer at Our Auto Expert. He has over 30 years of business management experience and maintains the administrative side of the business. On the production side of things, Michael has been active in radio on and off since the 1970’s and writes and produces our news segments that over 2 million people hear daily.

Jennifer Jenkins is the Executive Radio Producer and News Director for Our Auto Expert. She works directly with journalists, automotive brand managers and public relations representatives to retain high profile guests for on-air interviews. While reporting on the latest press releases, Jennifer provides an in-depth perspective of the newest trends and concepts from each automotive manufacturer. Her ability to capture the energy of innovation and the fine details of technology provide the listening audience an educated insight to what’s on the horizon. Utilizing her creative skills Jennifer maintains her listener’s attention with her dynamic presence and automotive trivia. She has worked alongside Nik Miles since 2013 and supported his efforts by developing and planning program concepts and content.

As a member of the Northwest Automotive Press Association, she was able to showcase her 20+ years of business management skills by successfully organizing and coordinating social events that joined various members of the automotive society.

She currently lives in the Pacific Northwest with her two Siberian link points, Enzo and Aria but this high-spirited individual hails from Pennsylvania. She takes pride in her hometown, her Steelers, her son and crafting her next automotive report.

She also goes by TruckGirlJen on air.