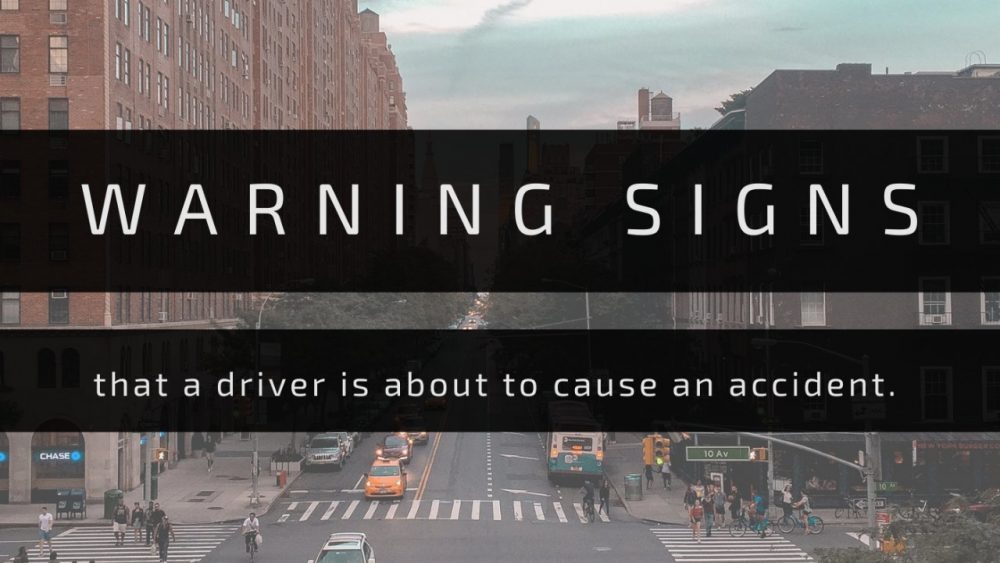 There are several warning signs indicating that a driver might cause an accident. These include speeding, tailgating, weaving in and out of traffic, making sudden lane changes, and running red lights or stop signs. If you see a driver exhibiting any of these behaviors, it is important to stay clear of them and avoid getting caught in a catastrophic accident.

Let’s get onto a list of a few pointers that will help you avoid drivers who could be a threat on the road.

Many drivers think that they can make it to their destination faster if they drive faster than the speed limit. They may not realize that even a small increase in speed can lead to a serious accident. Driving just 5 mph over the speed limit can double your chances of being in a crash.

Speeding is one of the most common causes of accidents. If you are involved in a car accident and speeding, you may hurt your neck in a crash. These injuries can often be severe and require extensive treatment.

According to the National Highway Traffic Administration, speeding is a factor in nearly one-third of all fatal crashes. In addition to increasing the chances of a crash, speeding also increases the severity of crashes due to the increased kinetic energy involved. Drivers who speed often do not have time to react to hazards on the road, which can lead to serious accidents.

Tailgating or following another vehicle too closely is a common cause of accidents. When drivers tailgate, they significantly reduce their time to react to sudden changes in traffic conditions. If the driver in front of them has to brake suddenly, the tailgating driver may not have enough time to stop without crashing into them. You are more inclined to hurt your neck in a crash.

In addition, tailgating can also lead to road rage incidents, as drivers who are being tailgated may become frustrated and angry. It can lead to dangerous confrontations and even accidents. For these reasons, drivers should have plenty of space between their vehicle and the one in front of them and avoid tailgating.

Weaving in and out of traffic

Weaving in and out of traffic can be extremely dangerous. Always use your mirrors while changing lanes. When driving behind slower vehicles, be patient and only overtake when safe. Always wear a seat belt to protect yourself from sudden activities or collisions. Not wearing one can result in major incidents and neck injuries.

When changing lanes, always check your mirrors and blind spots first. If the coast is clear, signal your intention to change lanes by turning on your blinker. Check again, and if you’re sure it is safe, you can begin to move over. Make sure to move slowly and smoothly to avoid startling other drivers.

So please, be considerate and obey the law. It could save a life.

Distracted driving is one of the most prevalent reasons for car accidents. It includes talking on the phone, eating or drinking behind the wheel. Distracted drivers are often not paying attention to the road and can cause serious accidents.

Drunk driving is another common reason for accidents. Drunk drivers are a danger to themselves and others on the road since they are under the influence of alcohol. They may swerve in and out of lanes, drive erratically, and make poor decisions that can lead to accidents. When drivers exceed the posted speed limit or drive too fast for certain road conditions, they put themselves and others at risk of a collision.

There are no specific or typical car accident settlement amounts. Every case is different, and the amount of money you receive will depend on many factors, including the severity of your injuries, the insurance policies involved, and the state in which the accident occurred.

However, if you have been injured in a car accident, you may be entitled to compensation for your medical bills, lost wages, and pain and suffering. An experienced car accident lawyer can help you determine the value of your typical car accident settlement amounts and fight for the compensation you deserve.

The best way to avoid an accident is to be aware of the warning signs that a driver may be about to cause one. Be on the lookout for drivers who are speeding, tailgating, weaving in and out of lanes, or making sudden, jerky movements. If you see any of these behaviors, take caution and give the driver a wide berth. Additionally, be aware of common causes of car accidents such as distracted driving, driving under the influence, and poor weather conditions. By being vigilant and taking precautions, you can avoid becoming victims of car accidents.