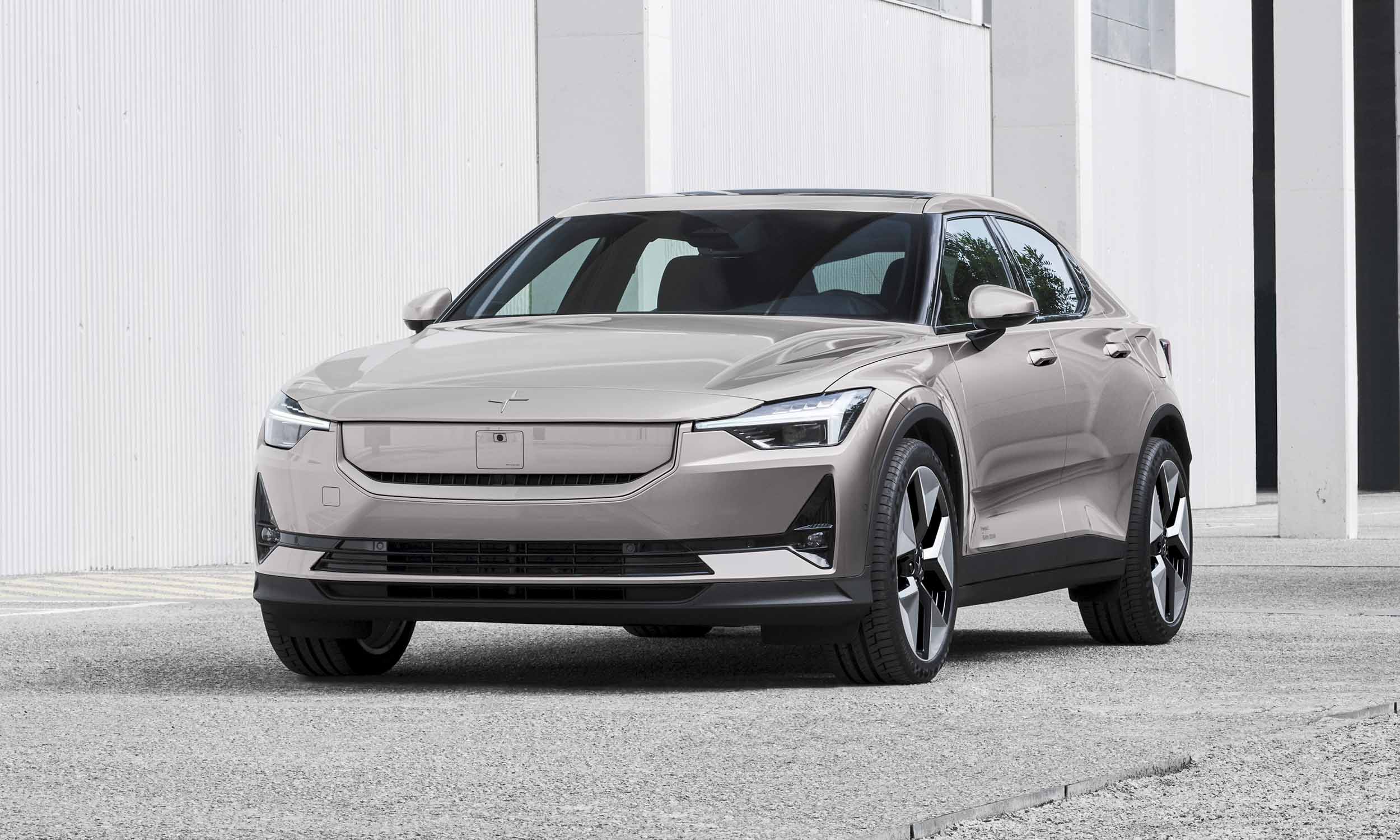 2024 Polestar 2
Polestar, the premium electric brand from Volvo, is making some significant updates to its 5-door performance fastback, the Polestar 2. Among the revisions for the 2024 Polestar 2 are an updated front-end design, new electric motors, longer range and improved sustainability. Perhaps the most noteworthy change is in the single-motor Polestar 2 —it’s now rear-wheel drive for the first time. 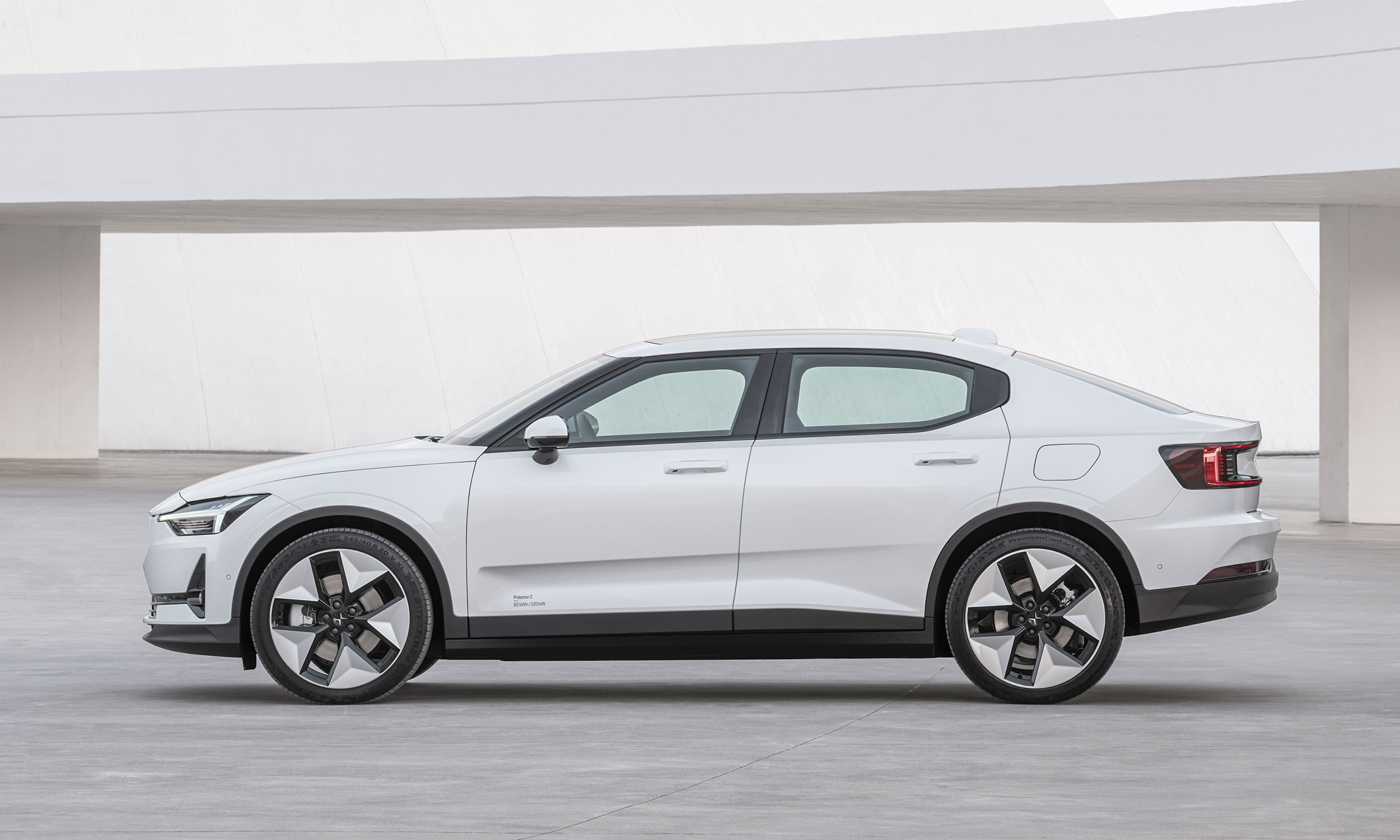 Substantial Upgrades
“Typically in the car industry, a facelift introduces superficial visual changes that often destroy the original intention of the car’s design them, said Polestar CEO Thomas Ingenlath. “With the new model year Polestar 2, we rather went below the surface and upgraded substantial tech and mechanical components of the electric drivetrain. This is the best Polestar 2 yet, and with the updated front design with the new SmartZone, the best looking one, too,” noted Ingenlath. 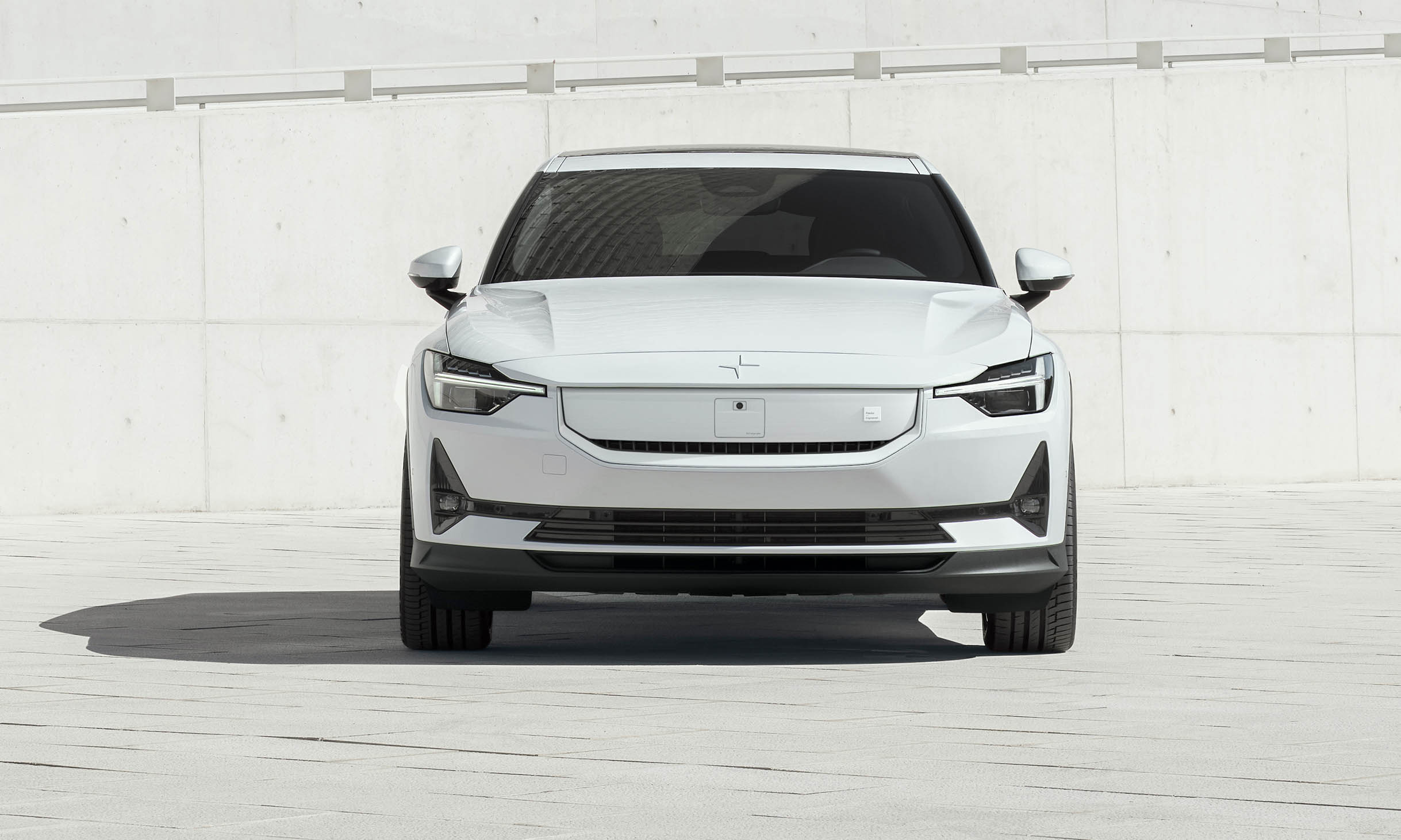 Fresh Styling
For 2024 the Polestar 2 adopts a new front-end look introduced on the upcoming Polestar 3 crossover SUV. With no need for airflow into an engine, the front grille has been replaced with a solid panel. This space behind the panel is referred to as the SmartZone, since it houses many components instrumental to the vehicle’s advanced safety features, such as a front-facing camera and mid-range radar. 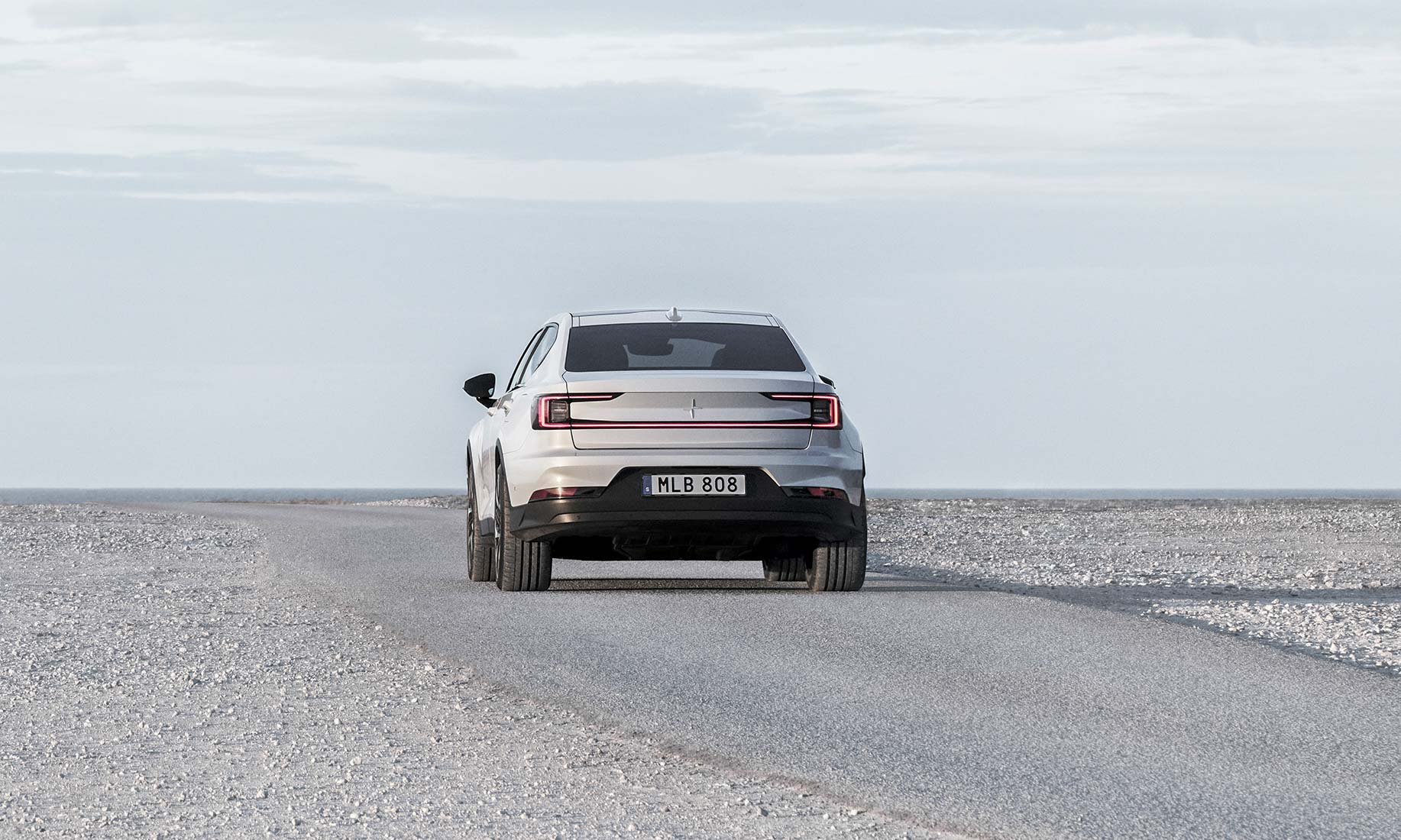 Next-Generation Motors
Polestar is introducing its next-generation electric motors for the 2024 Polestar 2, claiming both increased performance and efficiency. The single-motor model gets a new permanent magnet motor with a silicon carbide inverter. Power output has been increased to 299 horsepower and 361 lb-ft of torque; the motor now powers the rear wheels. This additional juice helps the updated single-motor Polestar 2 sprint to 60 mph in 5.9 seconds — more than a second quicker than the outgoing version. 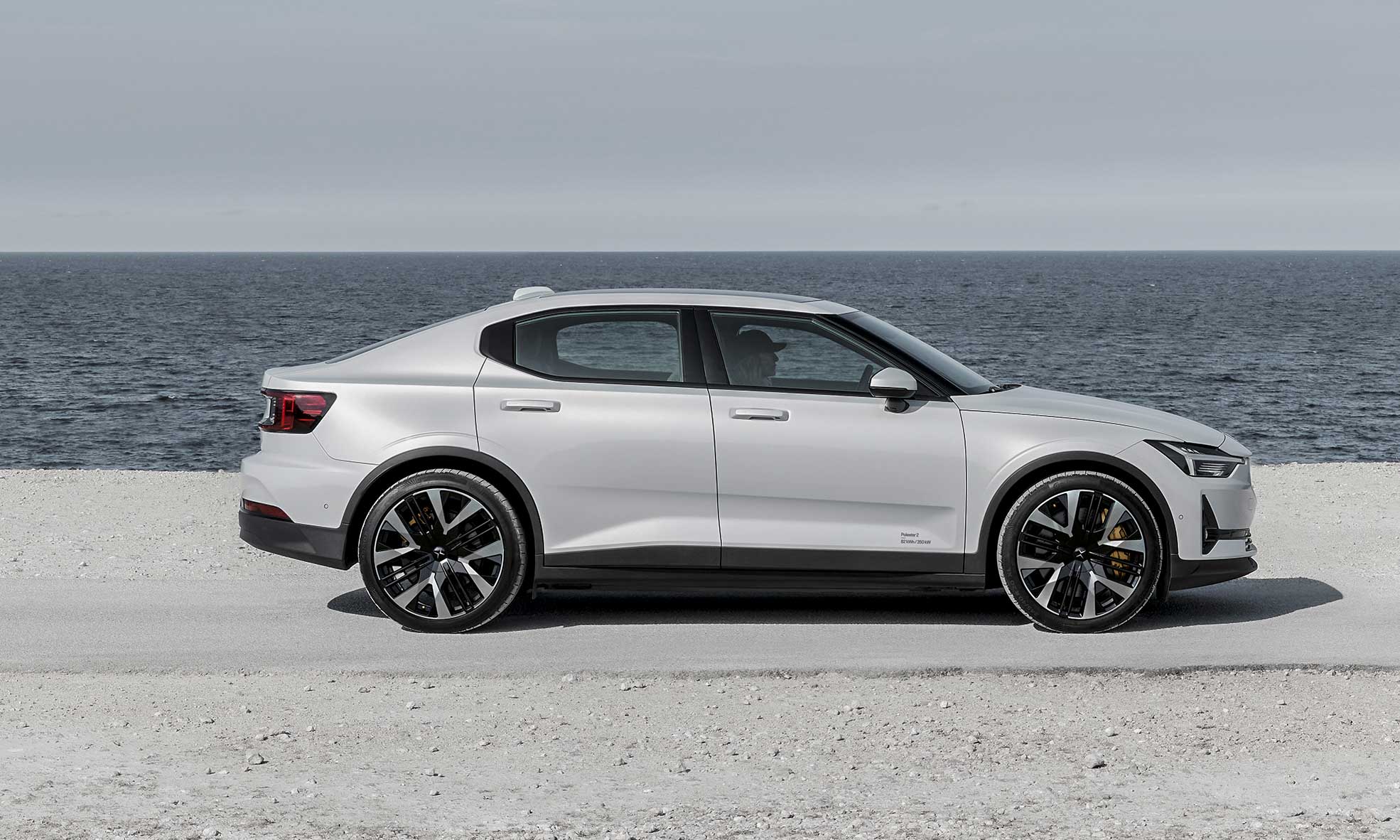 Dual Motor
Polestar engineers have given the dual-motor Polestar 2 a rear-drive bias for enhanced handling and performance. The new rear motor is the primary drive unit, while a new asynchronous motor sends power to the front wheels for a total output of 421 horsepower and 546 lb-ft of torque. With greatly improved traction and a considerable bump in power, the dual-motor Polestar can reach 60 mph in just 4.3 seconds. Adding to the Polestar2’s overall efficiency, the front motor fully disengages unless needed. 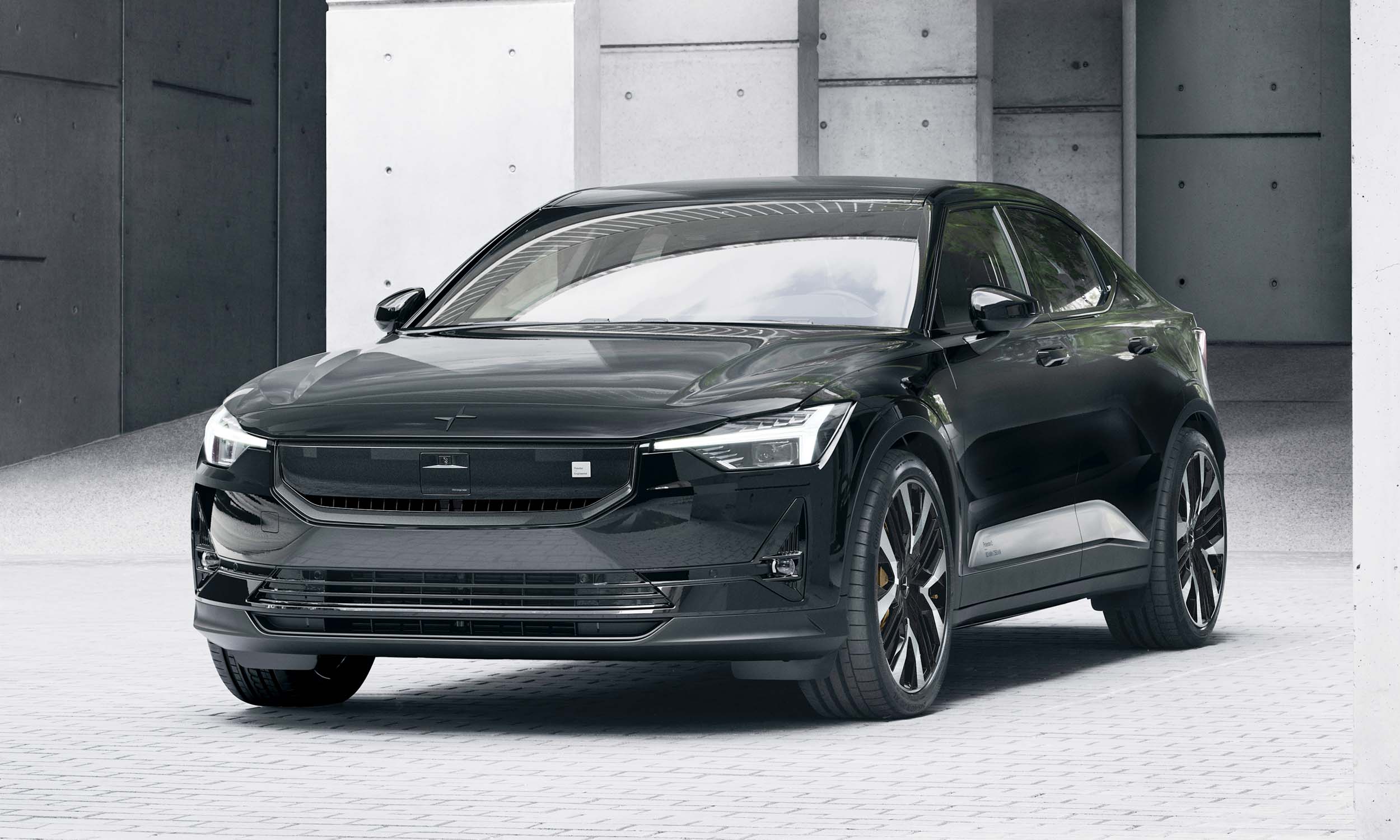 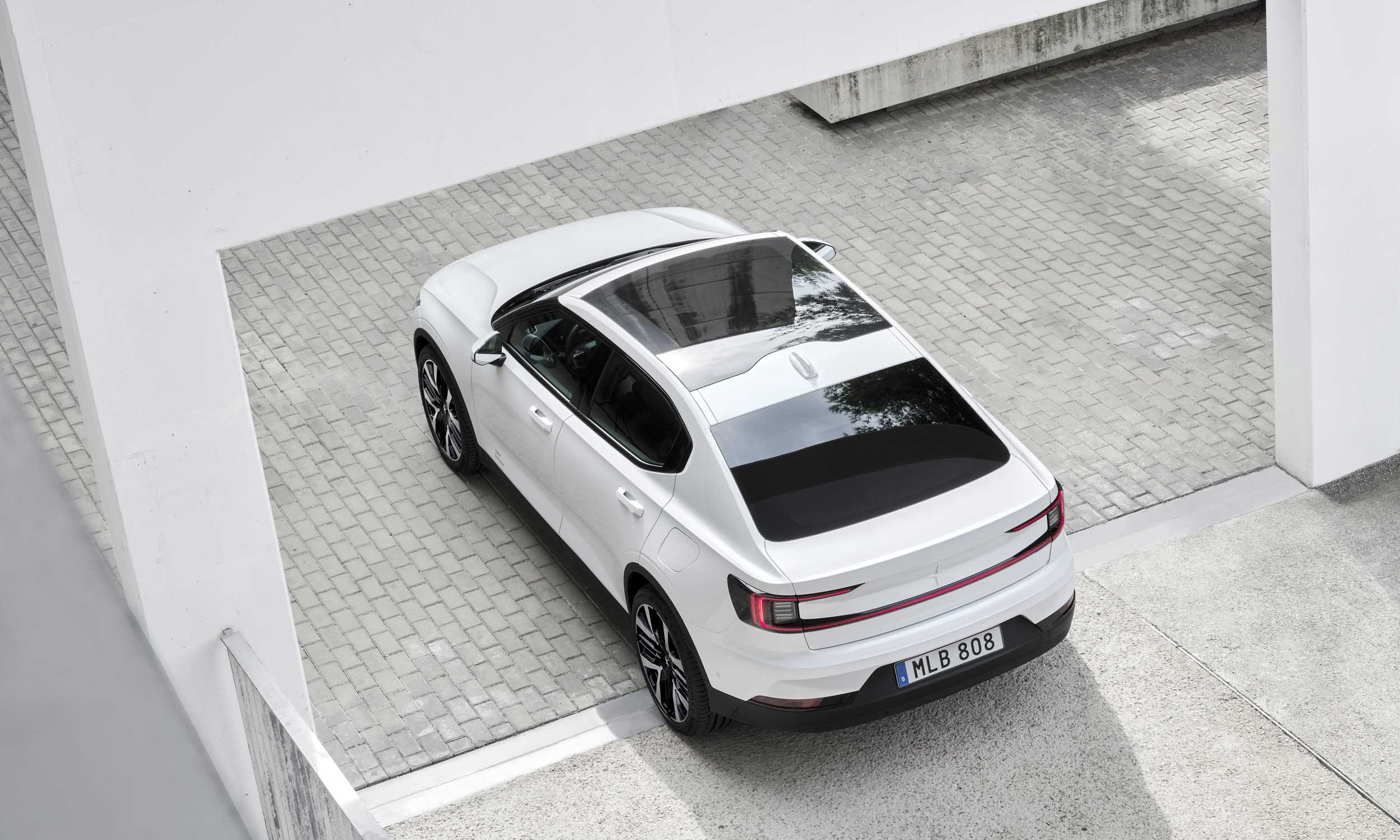 Better Handling
“Changing from front- to rear-wheel drive in the single-motor variants, and re-calibrating the torque ratio in the dual-motor variant for an increased rear-wheel drive feel, elevates the Polestar 2 driving experience to a whole new level,” said Joakim Rydholm, head of chassis development at Polestar. “The updated Polestar 2 is an even more playful and agile car, retaining its compactness and complete sense of control, while at the same time becoming more mature with added comfort.” Rydholm observed. 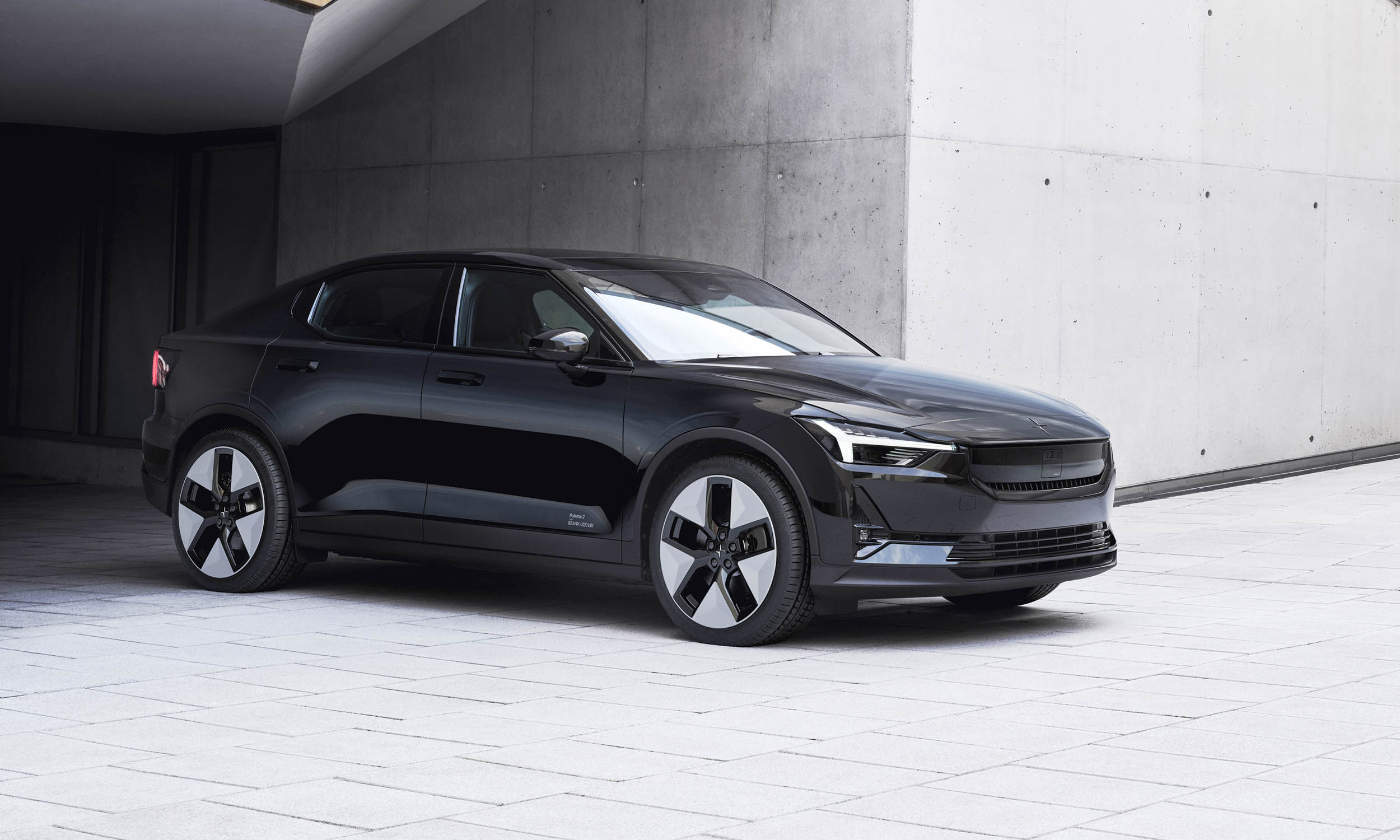 Improved Range, Charging
Polestar expects to achieve improved driving range with its new generation of motors and battery improvements. The Dual Motor trim gets an estimated range of 270 miles, while the single motor Polestar 2 gets a larger 82 kWh battery and should be able to travel 300 miles between charges. The Single Motor also has a faster charging speed of 205 kW. The dual motor charges at a respectable 155 kW rate. 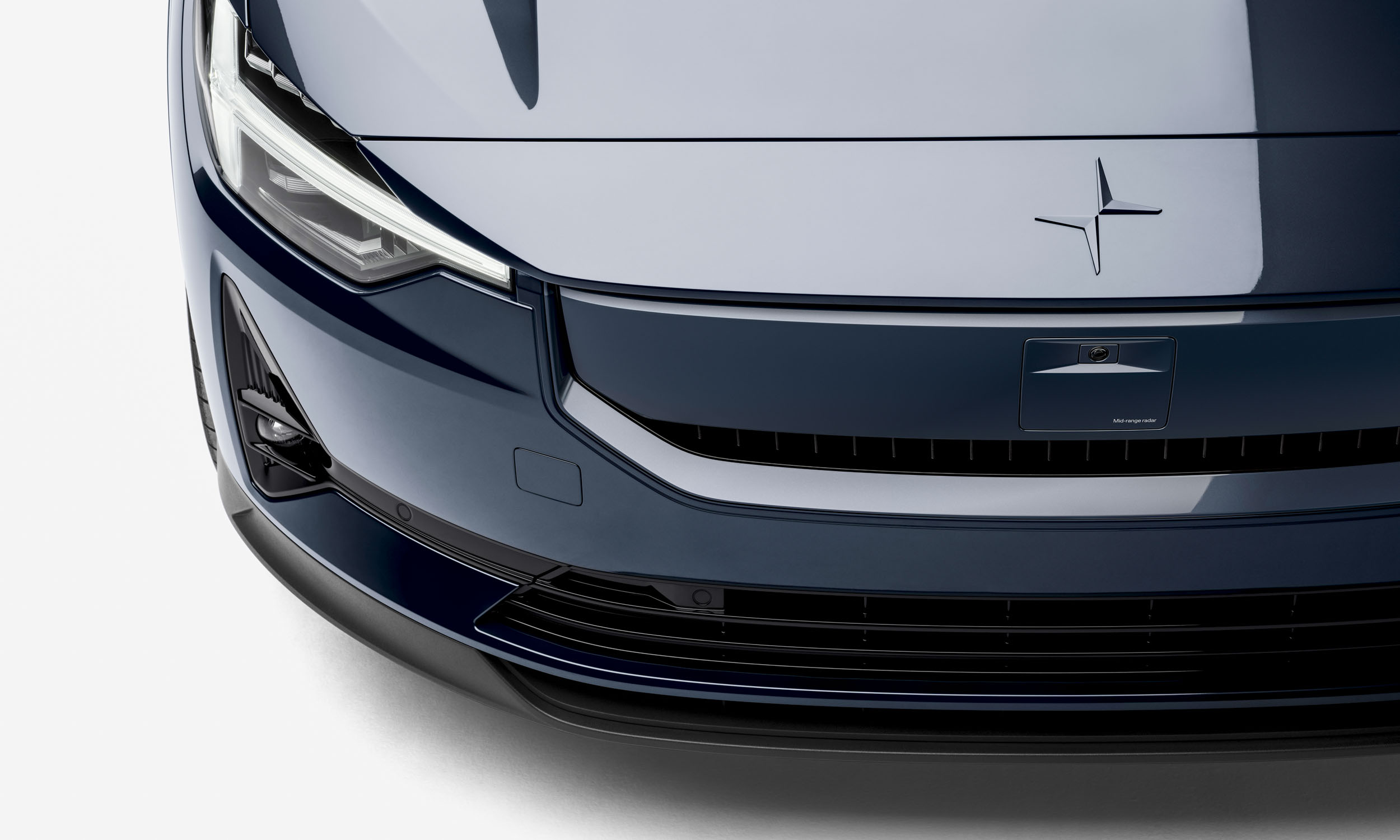 Coming Later This Year
The updated 2024 Polestar 2 can be ordered immediately at Polestar.com, with the first deliveries expected to occur later this year. The new Polestar 3 crossover is also due later this year.

The post 2024 Polestar 2 Gets Major Updates appeared first on autoNXT.net. 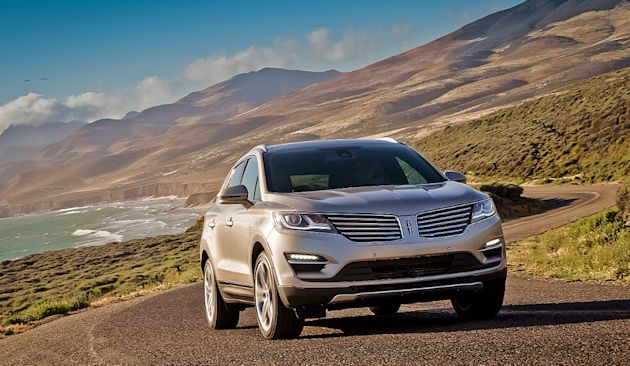 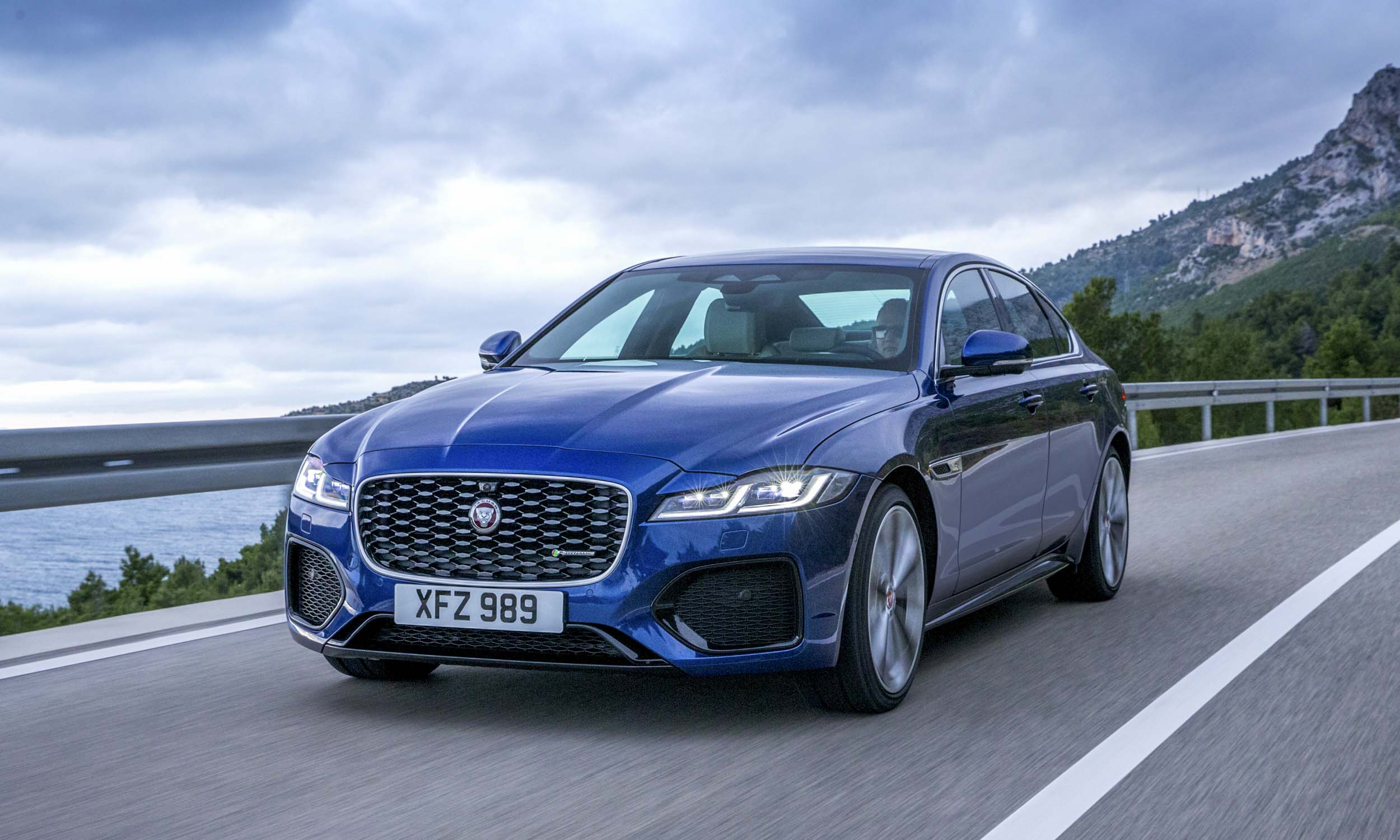