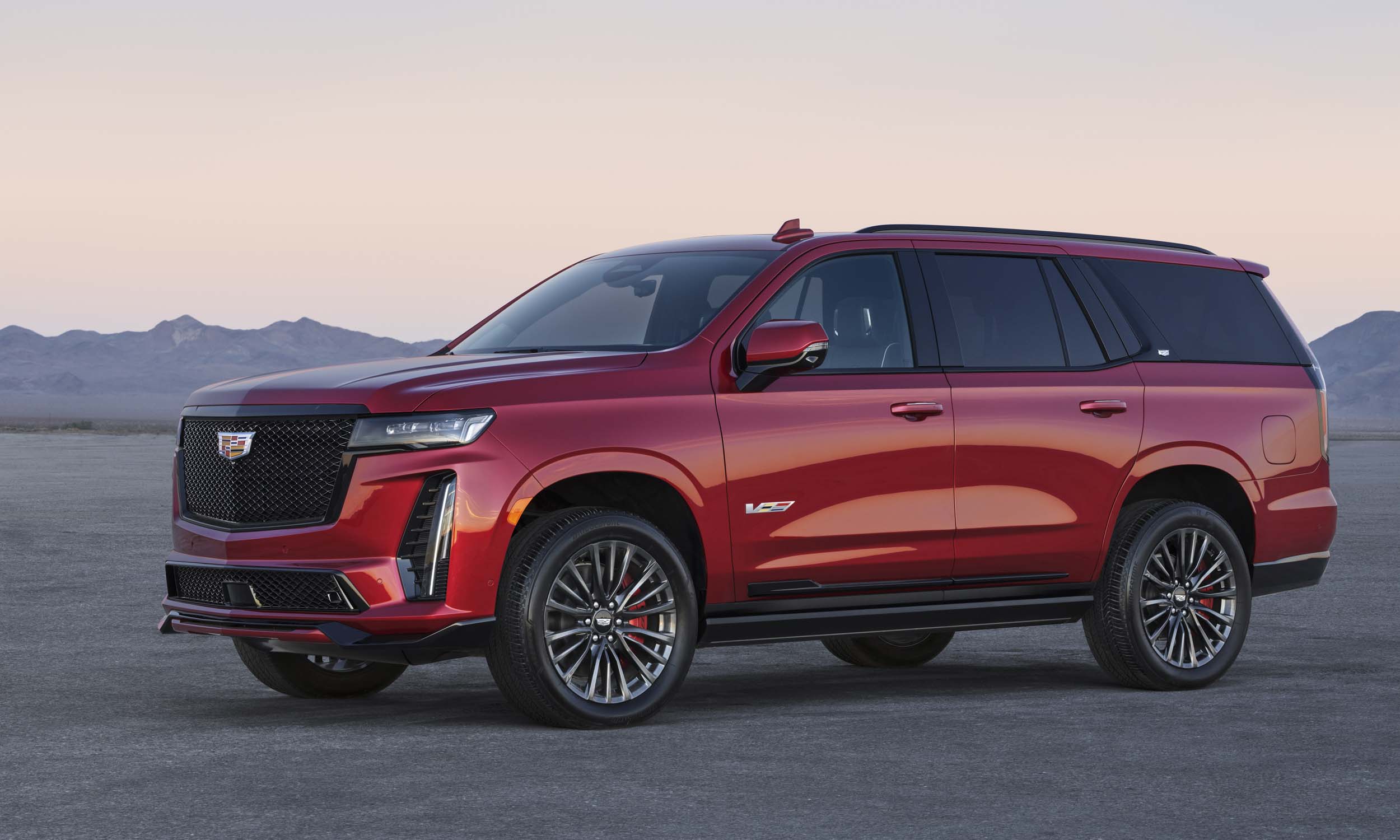 Cadillac V
In the same vein as BMW having its M variants and Mercedes-Benz its AMG versions, Cadillac adorns its high-performance vehicles with the letter V. Over time Cadillac has produced a long line of exciting V-Series models, ranging from the original 2004 CTS-V to the current CT5-V Blackwing, which boasts 668 horsepower and a manual gearbox. And now — for the first time ever — GM’s luxury brand creates a V-Series variant of its most popular offering: the 2023 Cadillac Escalade V-Series. 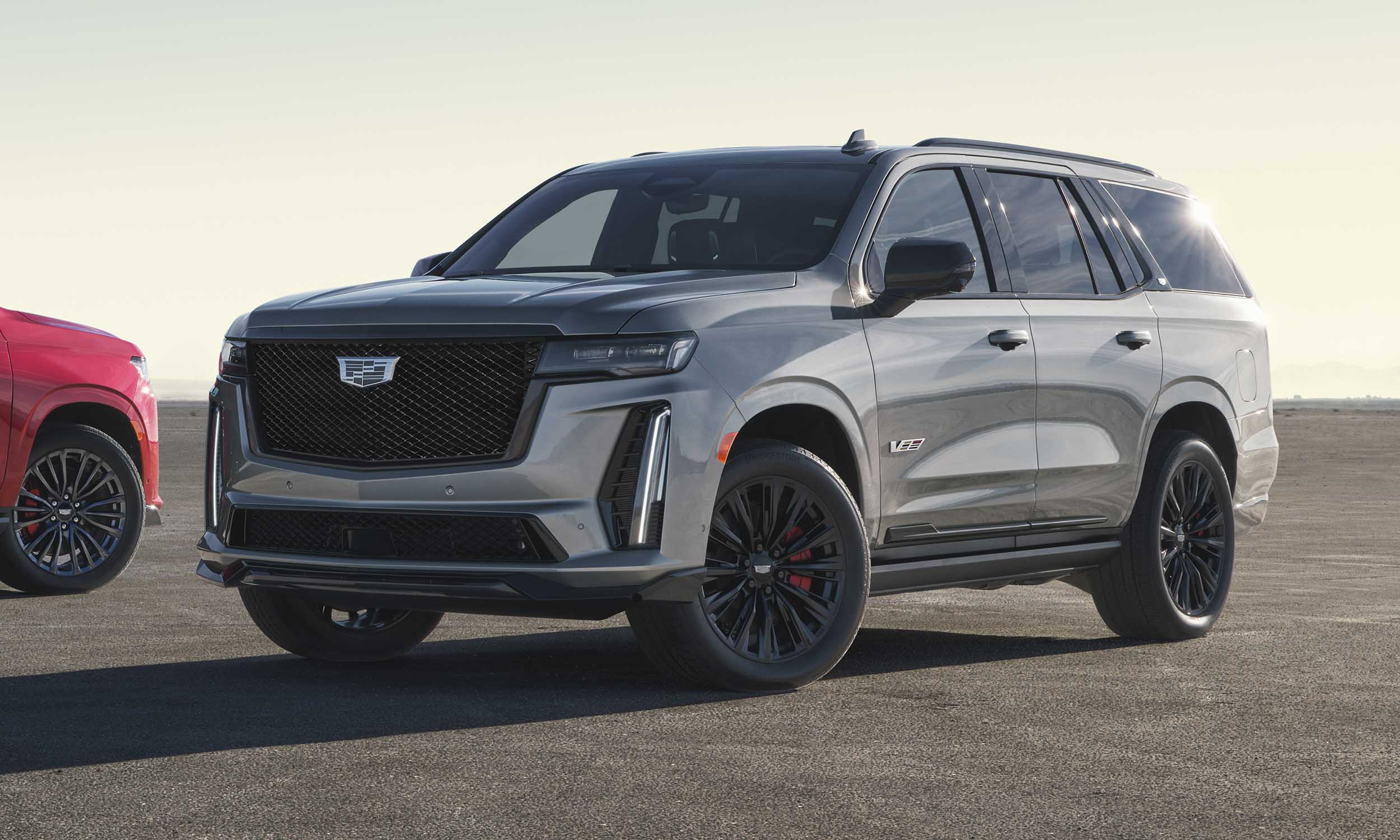 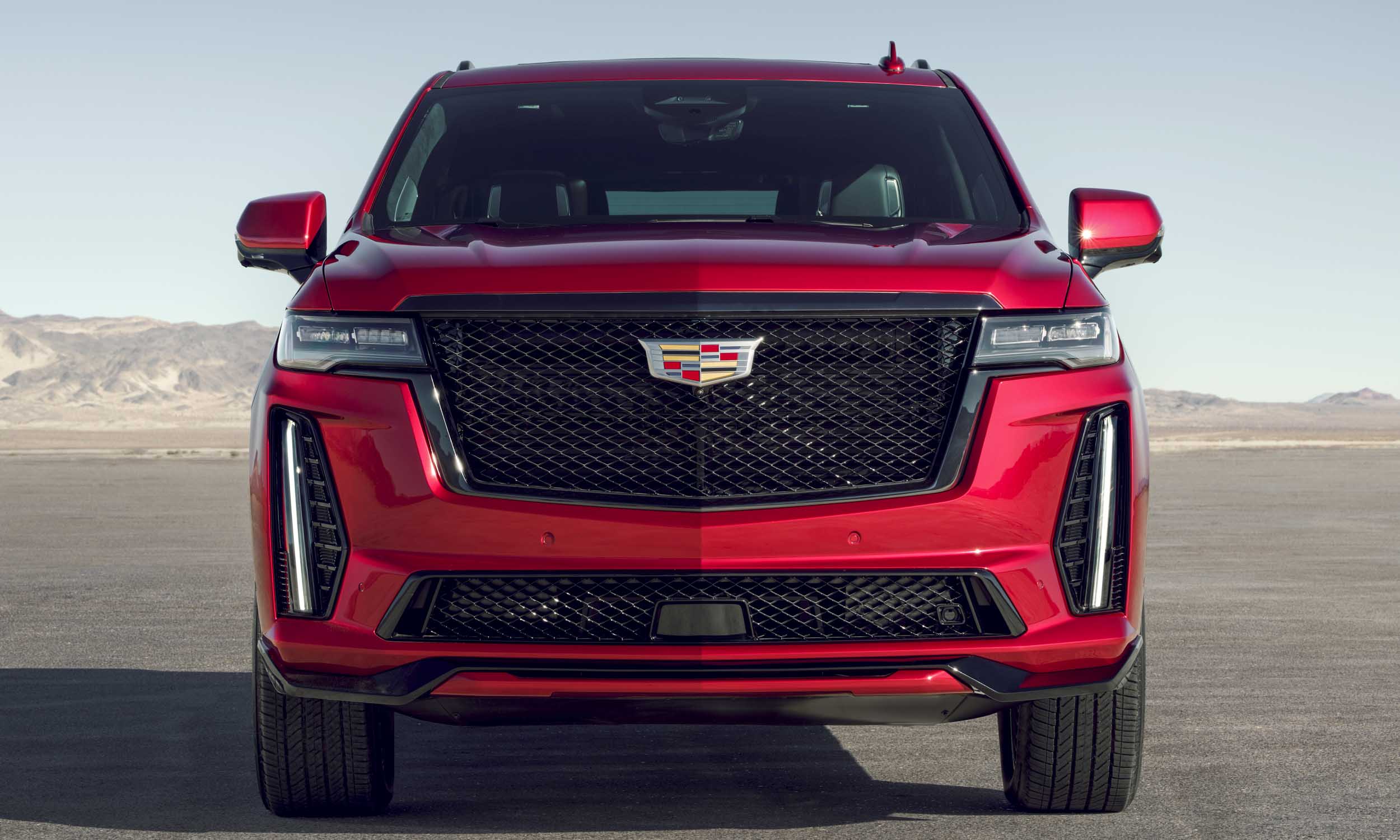 Bold Styling
Cadillac’s V-Series vehicles stand out from their standard counterparts with bolder styling that hints at the vehicles’ higher performance levels, and it’s clear this will be the case for the upcoming Escalade V-Series. Up front, additional air intakes surround the vertical LED running lights complemented by a larger lower grille — likely functional styling updates that provide enhanced engine cooling. 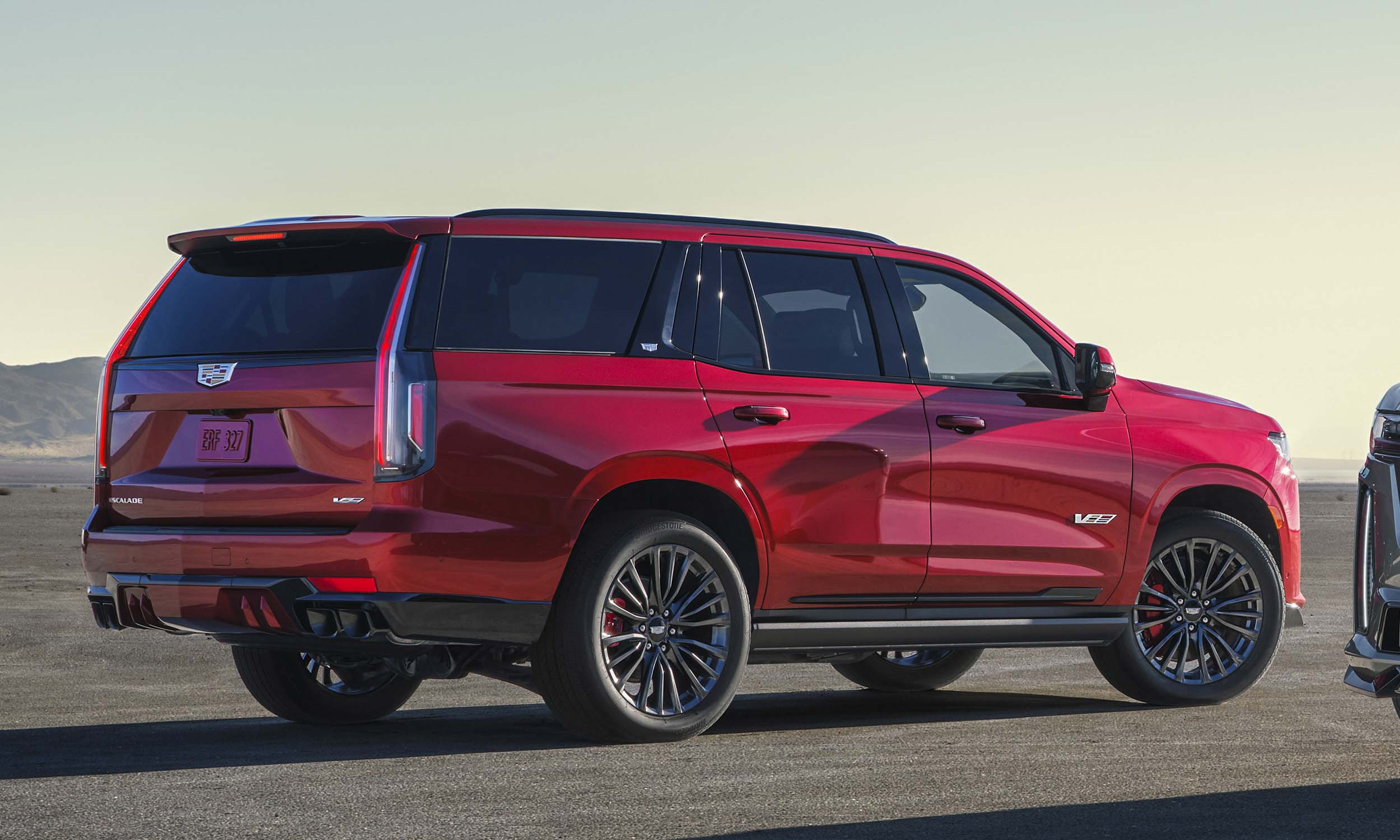 Quad Pipes
From the rear, the Escalade V-Series will be easy to spot thanks to a unique air diffuser and quad exhaust pipes. Based on video clips, the sound emanating from those pipes should be extremely intoxicating. 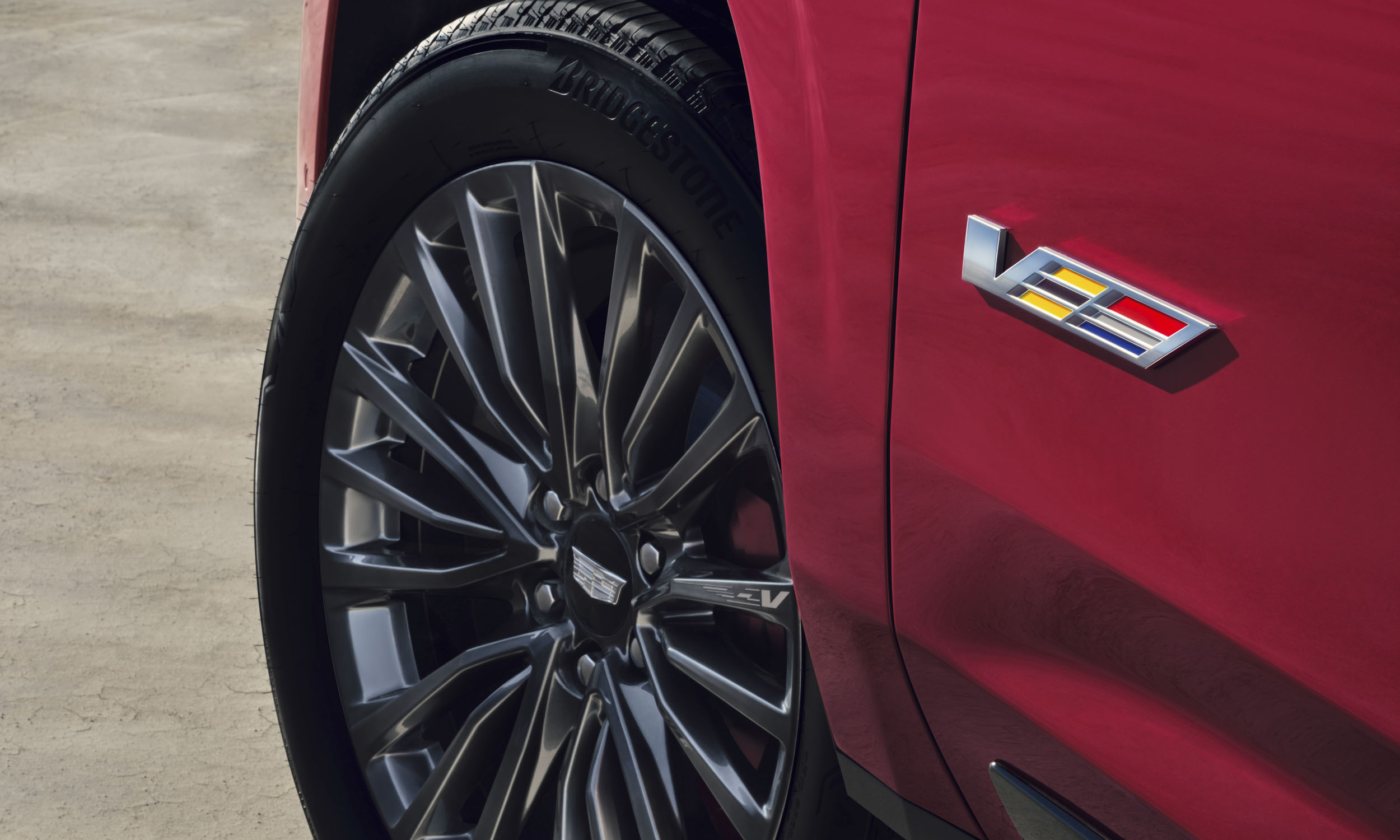 Big Wheels
This new SUV will feature wheels exclusive to the 2023 Cadillac Escalade V-Series, shod with high-performance tires to further differentiate this high-performance SUV from other Escalades. 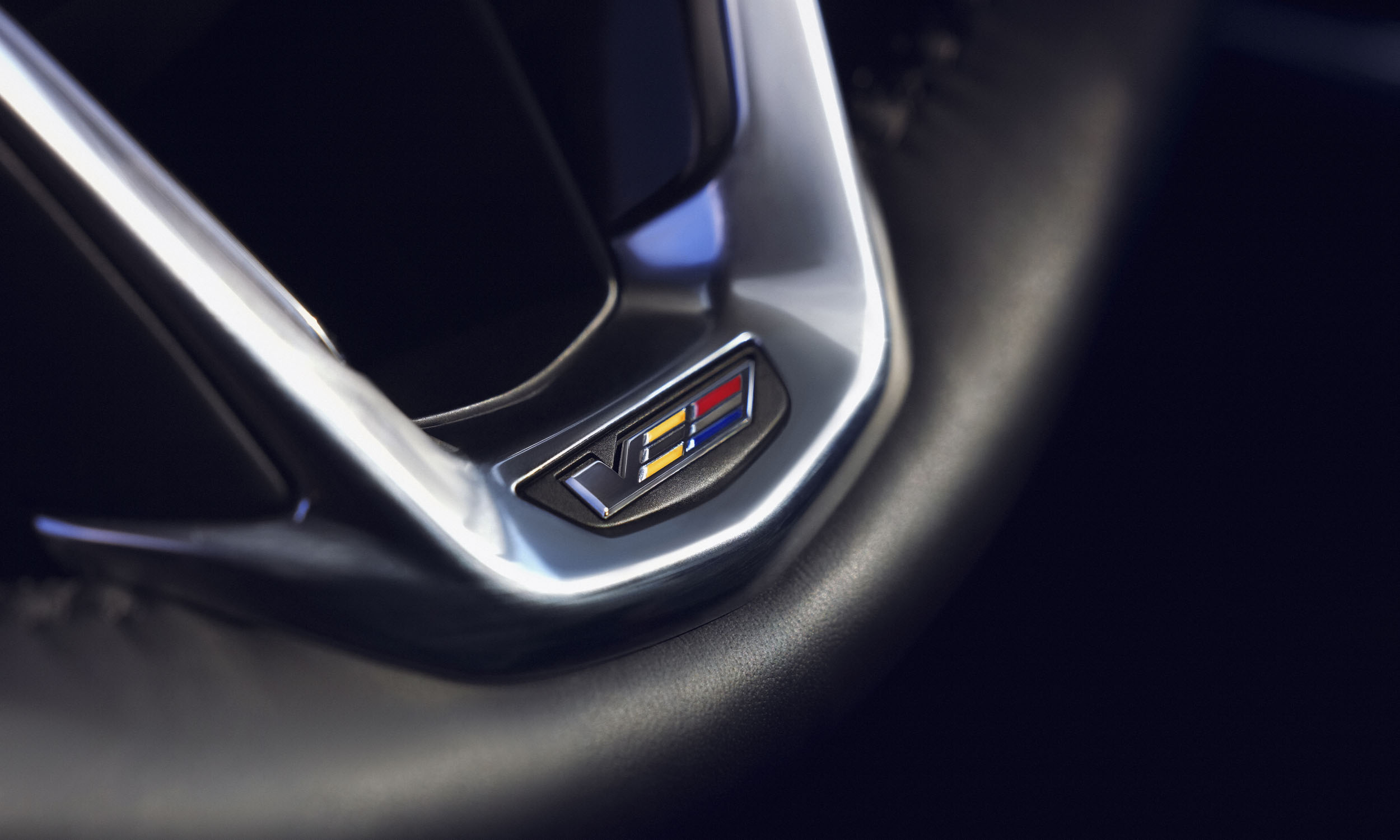 More Details Coming Soon
Look for more information — as well as complete specs — for the 2023 Cadillac Escalade V-Series to be released this spring. 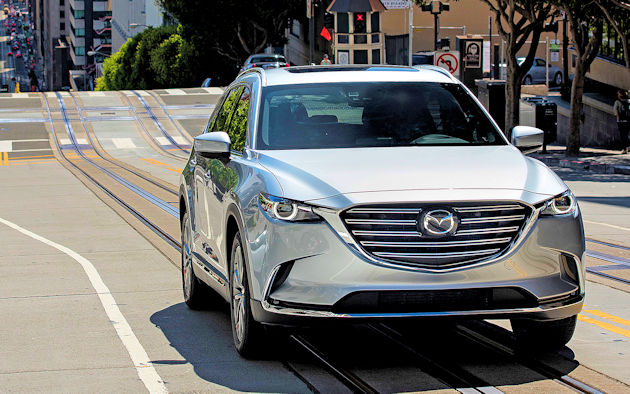 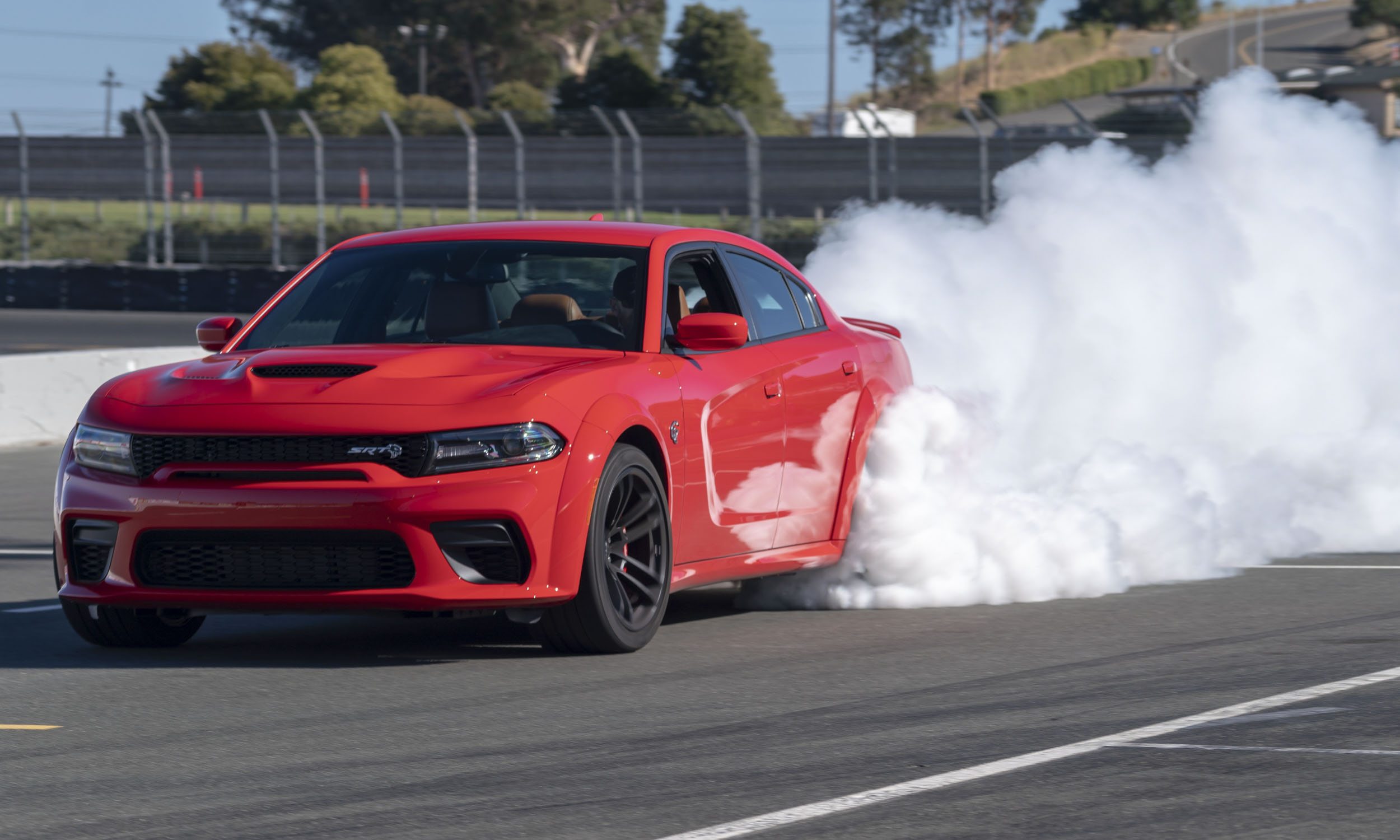