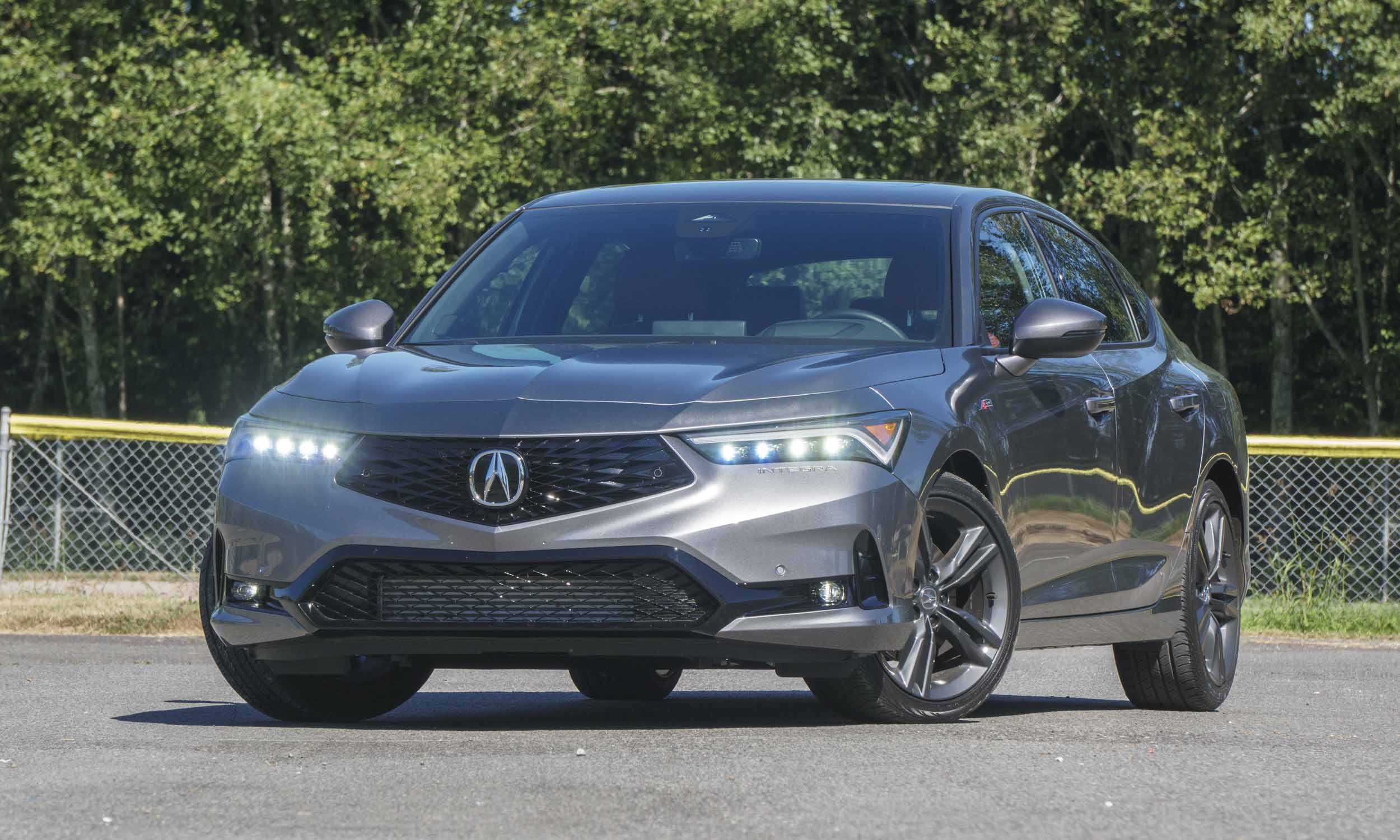 What Is It?
When Acura introduced the Integra more than 30 years ago, the car helped define Honda’s brand-new luxury brand. As a premium hatchback, the original Integra was a fun, sporty vehicle with an upscale interior which made it incredibly popular. The last of the original Integra line left the American market in 2001, and for 2023 the name is back on a new car with many of the same qualities that popularized the original model. The 2023 Acura Integra even comes with a proper 6-speed manual gearbox as standard equipment. 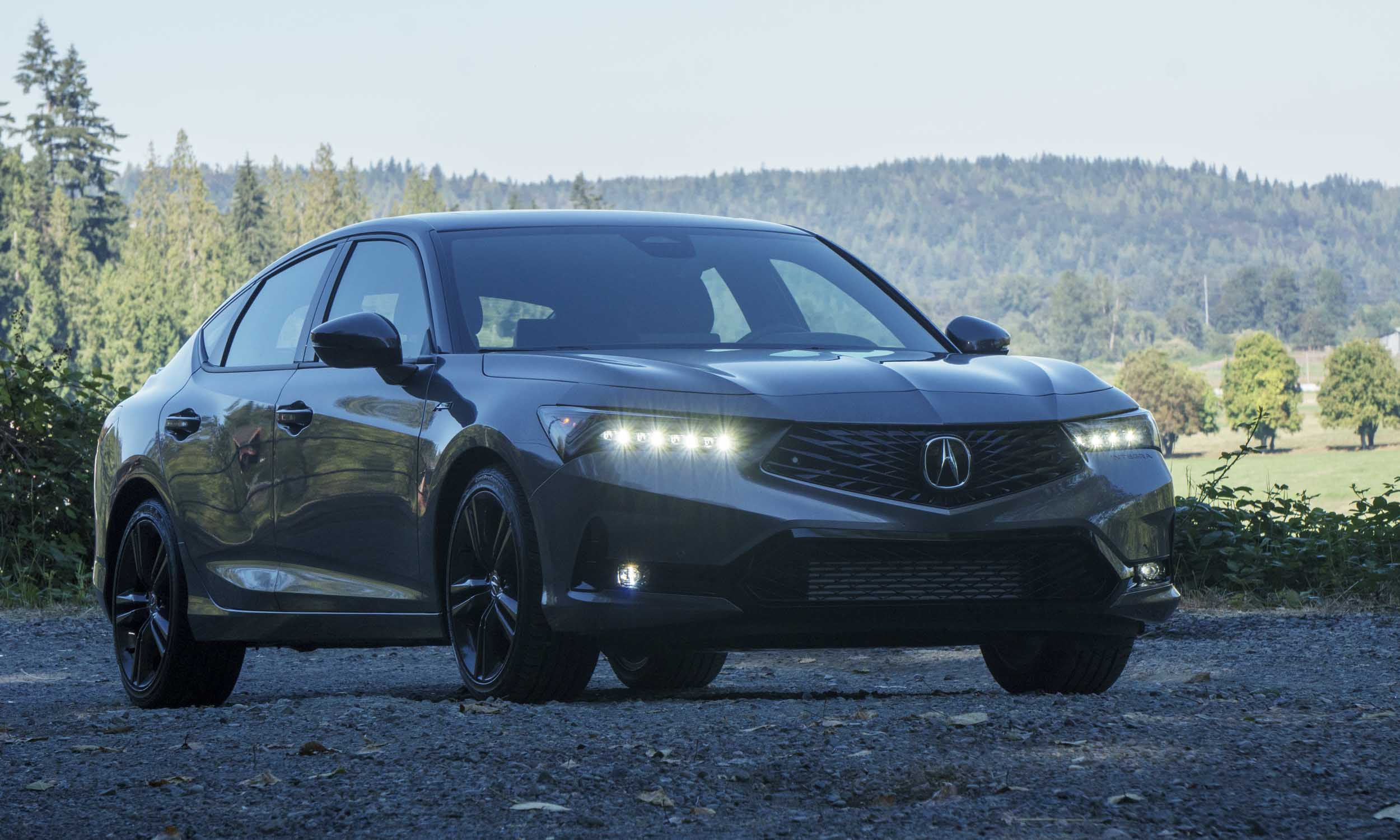 Test Vehicle
Acura provided us with a 2023 Acura Integra A-Spec Tech painted in Liquid Carbon Metallic. Equipped with the aforementioned manual gearbox, the standard equipment list is long for this variant, and there were no factory options on the test vehicle we drove, which came to a total MSRP of $37,395. Competitors to the Acura Integra include the Honda Civic Si, Subaru WRX, Volkswagen GTI and Mazda Mazda3. 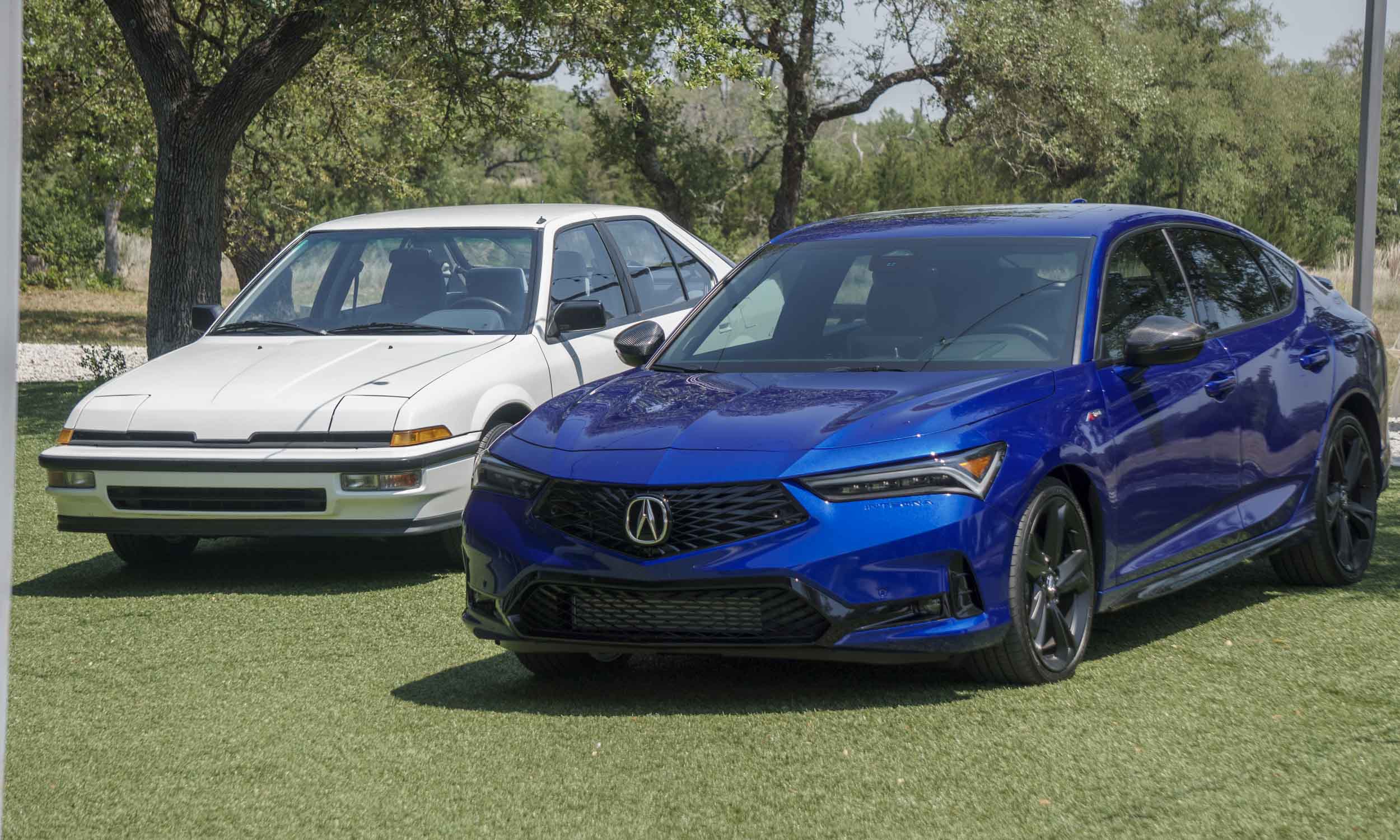 Like the Original
“The 2023 Acura Integra is serving the same role in the lineup as the original model that helped launch the brand three decades ago by bringing in the next generation of driving enthusiast,” said Assistant Vice President of Acura National Sales Emile Korkor. “With its engaging driving character, flexible five-door liftback body style and advanced technology and features, the Integra will welcome a host of new buyers to the Acura brand,” noted Korkor. 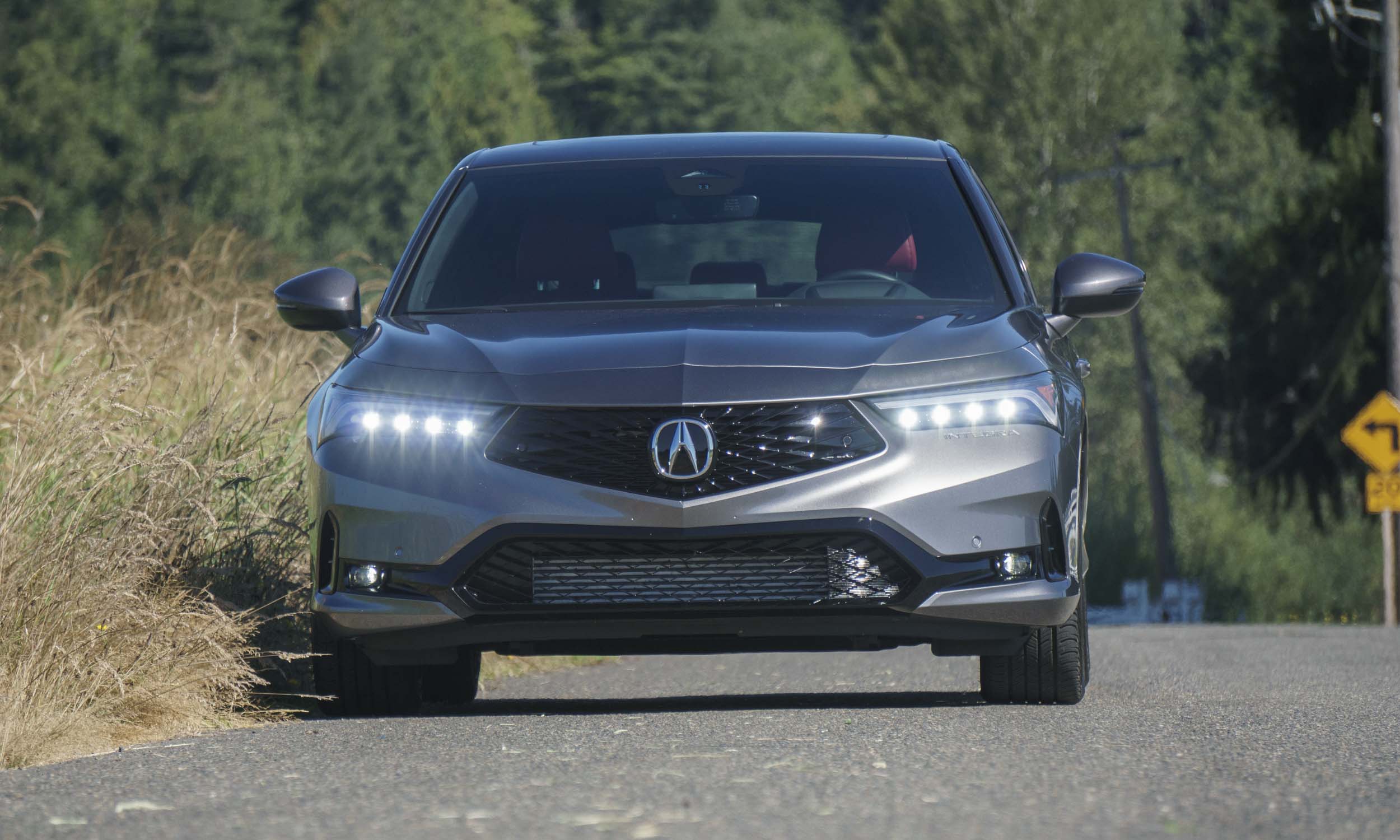 Fresh Look
The new Integra has a liftback body style with a coupelike profile — both inspired by the original 5-door Integra from 1986. But this new model adopts and adapts Acura’s current design language first seen on the 2019 Acura RDX. The new Integra has a front fascia featuring the first use of a frameless Acura Diamond Pentagon grille, flanked by the brand’s signature Jewel Eye LED headlights, Chicane LED daytime running lights and LED fog lights integrated into the lower front fascia. The design also includes thin A-pillars and a low cowl to create an open greenhouse for improved visibility. 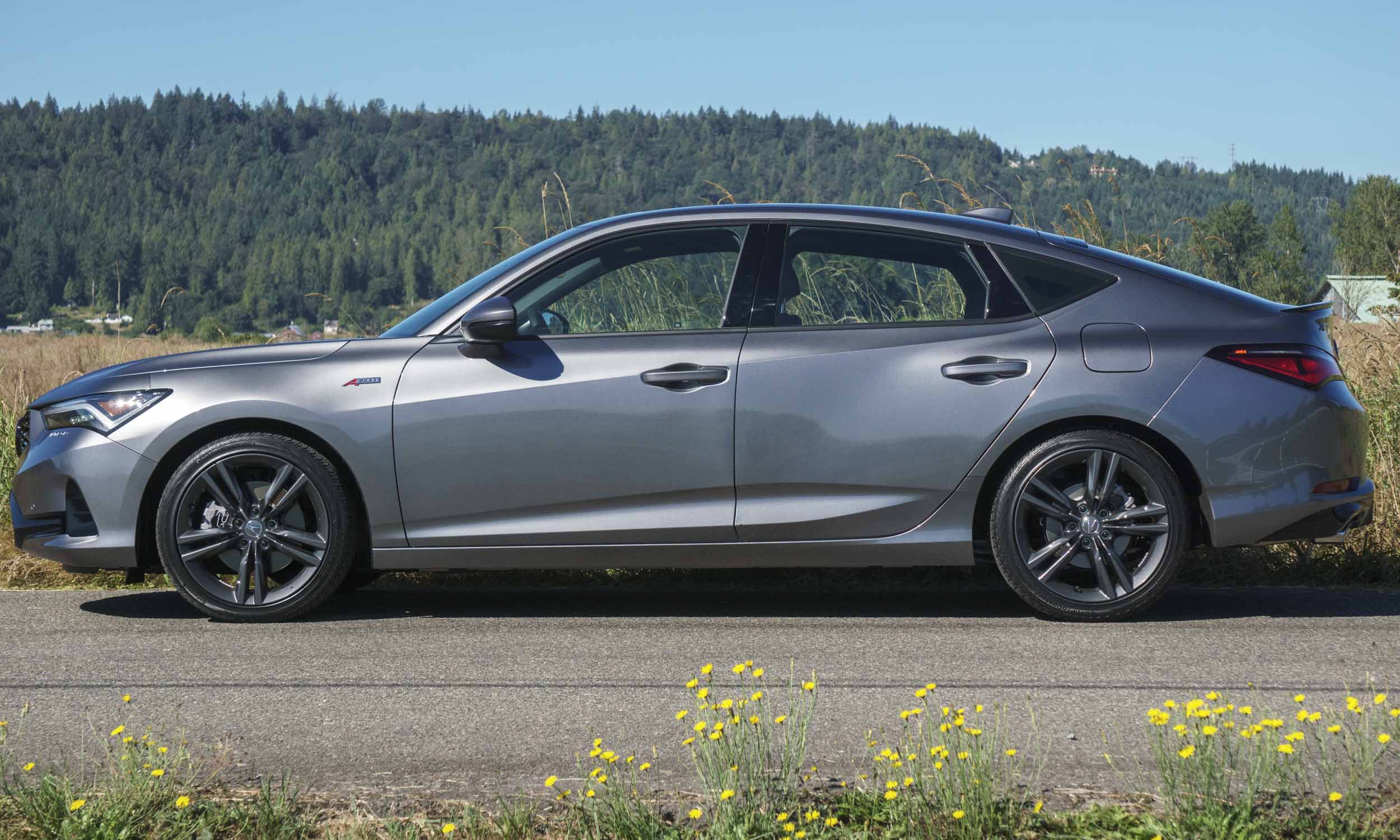 Four Doors
Unlike the original Integra, this new version is only available as a 4-door liftback. This new version gets sporty proportions with a long hood with a raked windshield that flows smoothly into the roofline all the way down to the rear spoiler. The 18-inch wheels on the A-Spec complete the look. 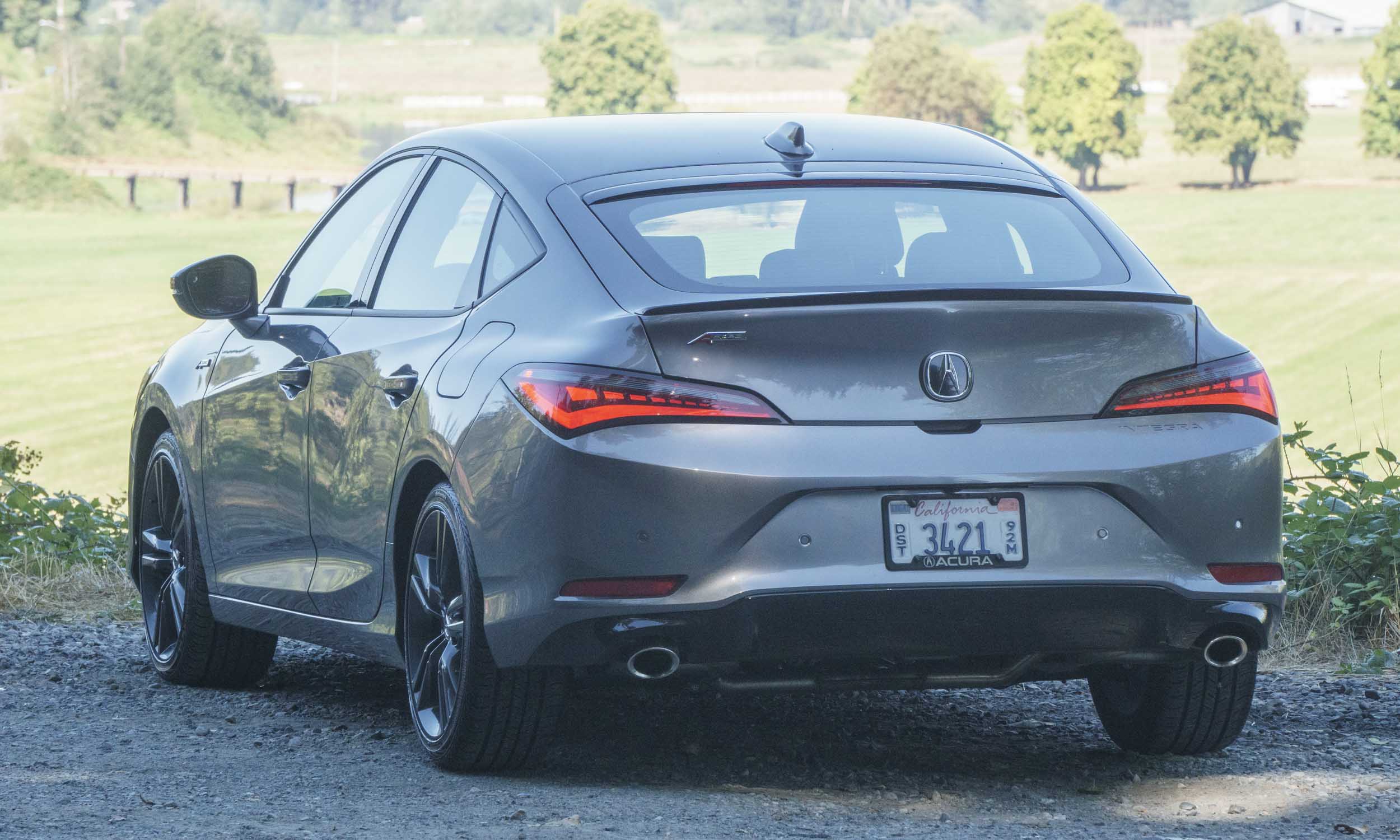 Wraparound Taillights
Viewed from the rear, the 2023 Acura Integra features an integrated spoiler and dual exhaust outlets. The LED taillights wrap around the rear corners and feature a stylish LED pattern that helps the Integra stand out. 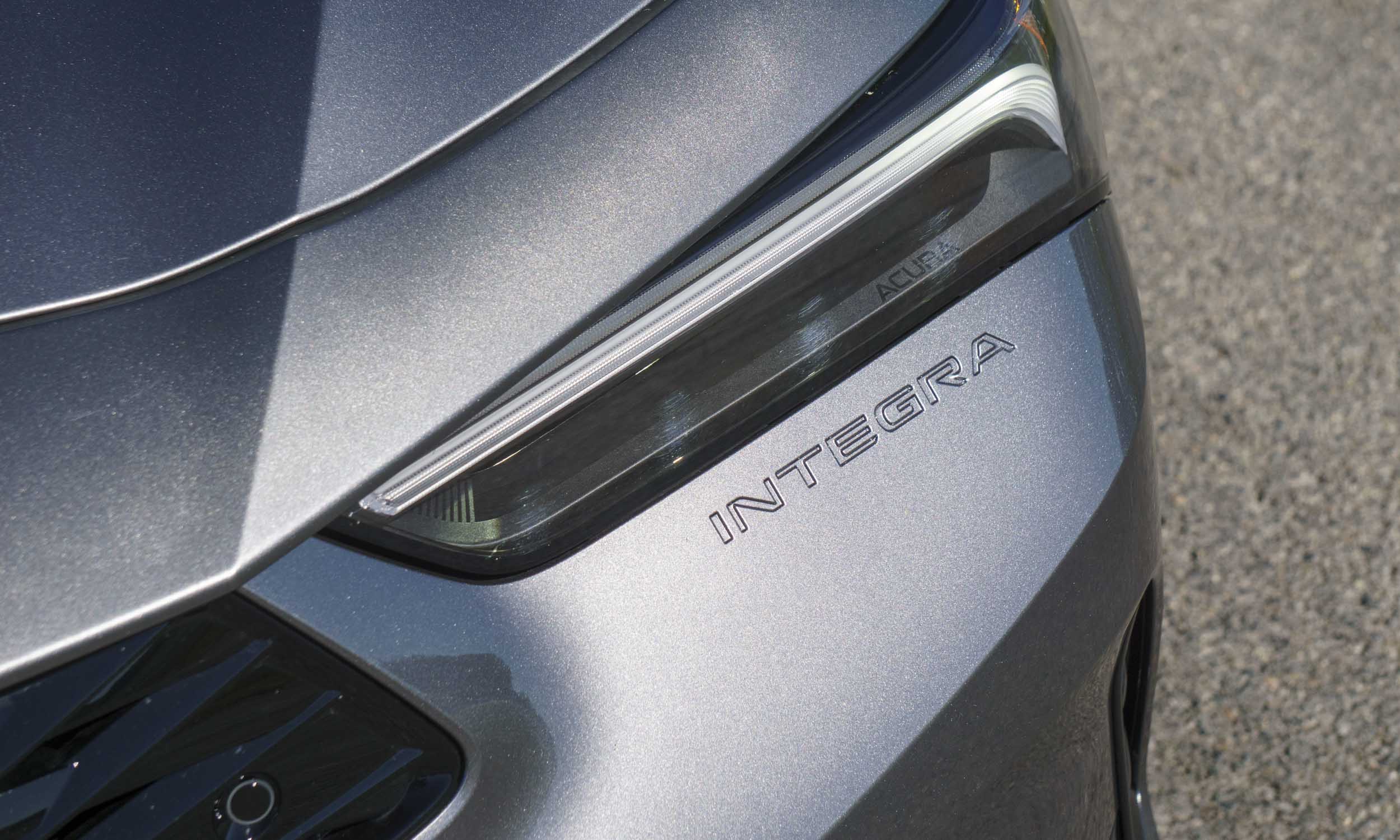 Embossed Name
Early Integras had the name embossed in the bumper. In a nod to those original cars, this new Integra has the same design element up front and in back. 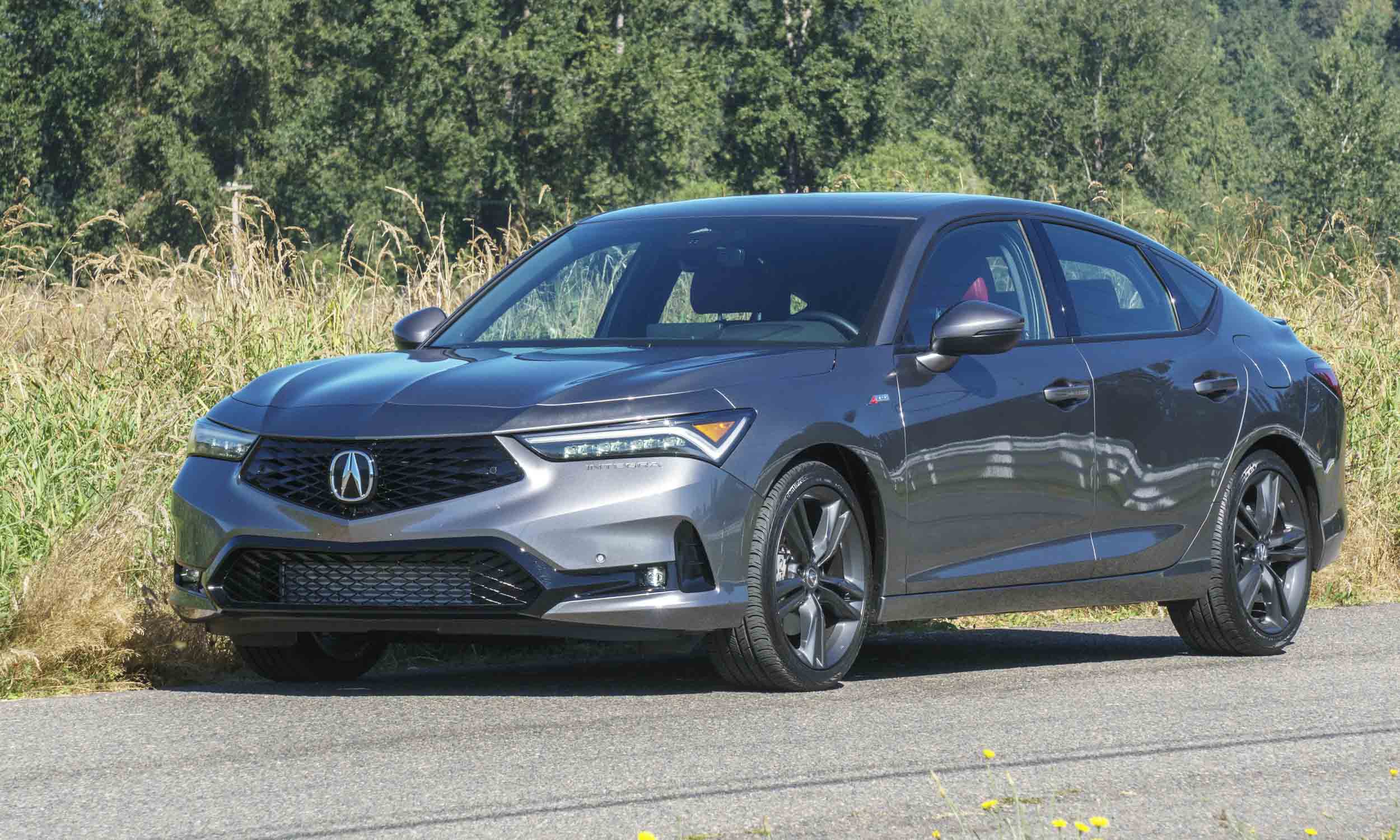 A-Spec
The test vehicle arrived equipped with the A-Spec package, which adds an additional level of sporty styling and improved handling. This includes the A-Spec sport appearance package inside and out, a larger rear stabilizer bar, a quicker steering ratio and 18-inch alloy wheels. Matte black windows surrounds, a gloss black rear spoiler, a gloss black lower grille and fog lights help differentiate the A-Spec from the standard Integra. 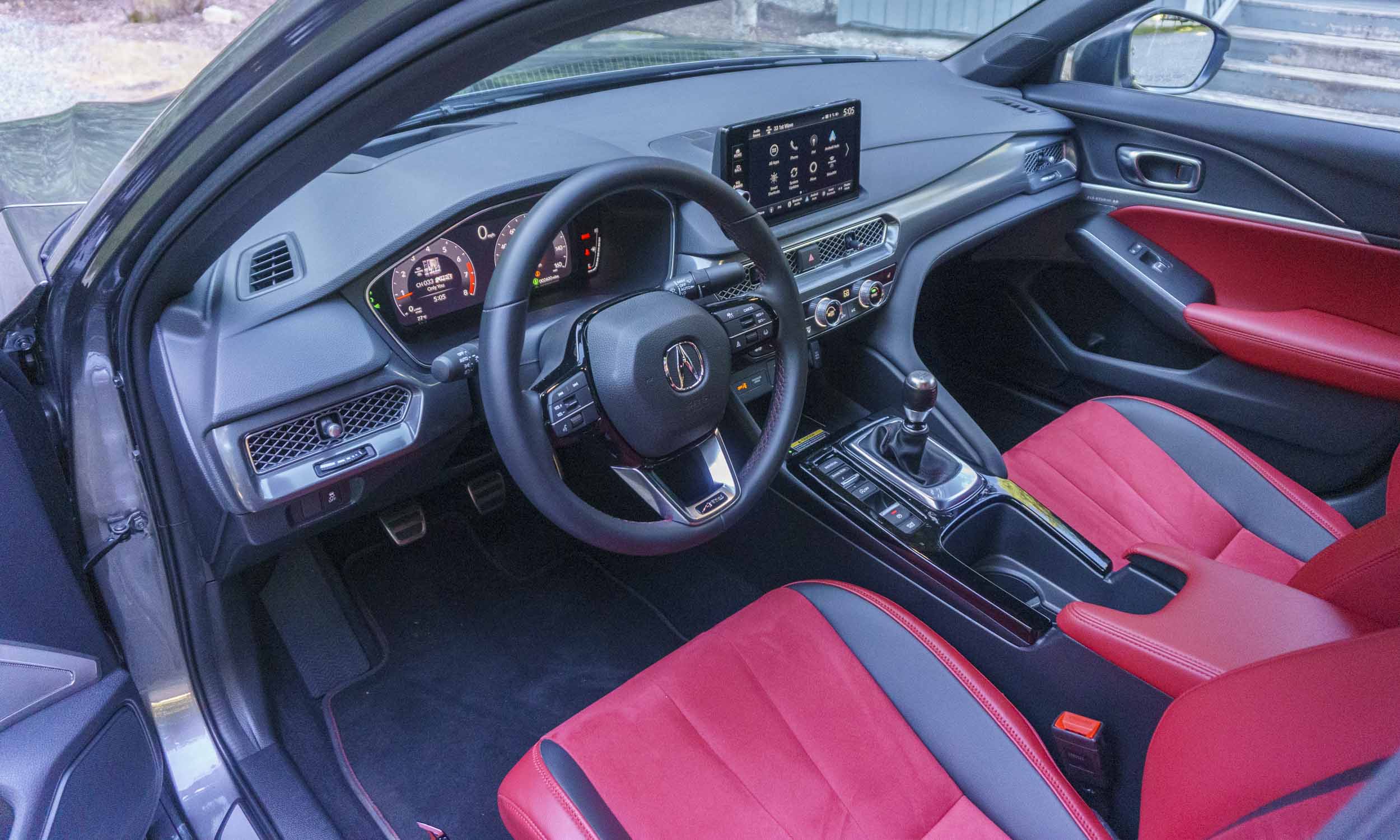 Inner Space
Although the Integra is not exactly flamboyant on the outside, especially in the gray Liquid Carbon color, the interior screams sporty when equipped with upgraded sport seats trimmed in red leather with microsuede inserts — part of the Technology Package. The stylish manual shifter and sport pedals enhance the go-fast looks. The Technology Package also includes a 9-inch touchscreen display, a 5.3-inch head-up display, multiple USB ports, wireless Apple CarPlay and Android Auto, and a high-end ELS STUDIO 3D Premium Audio system with 16 speakers. 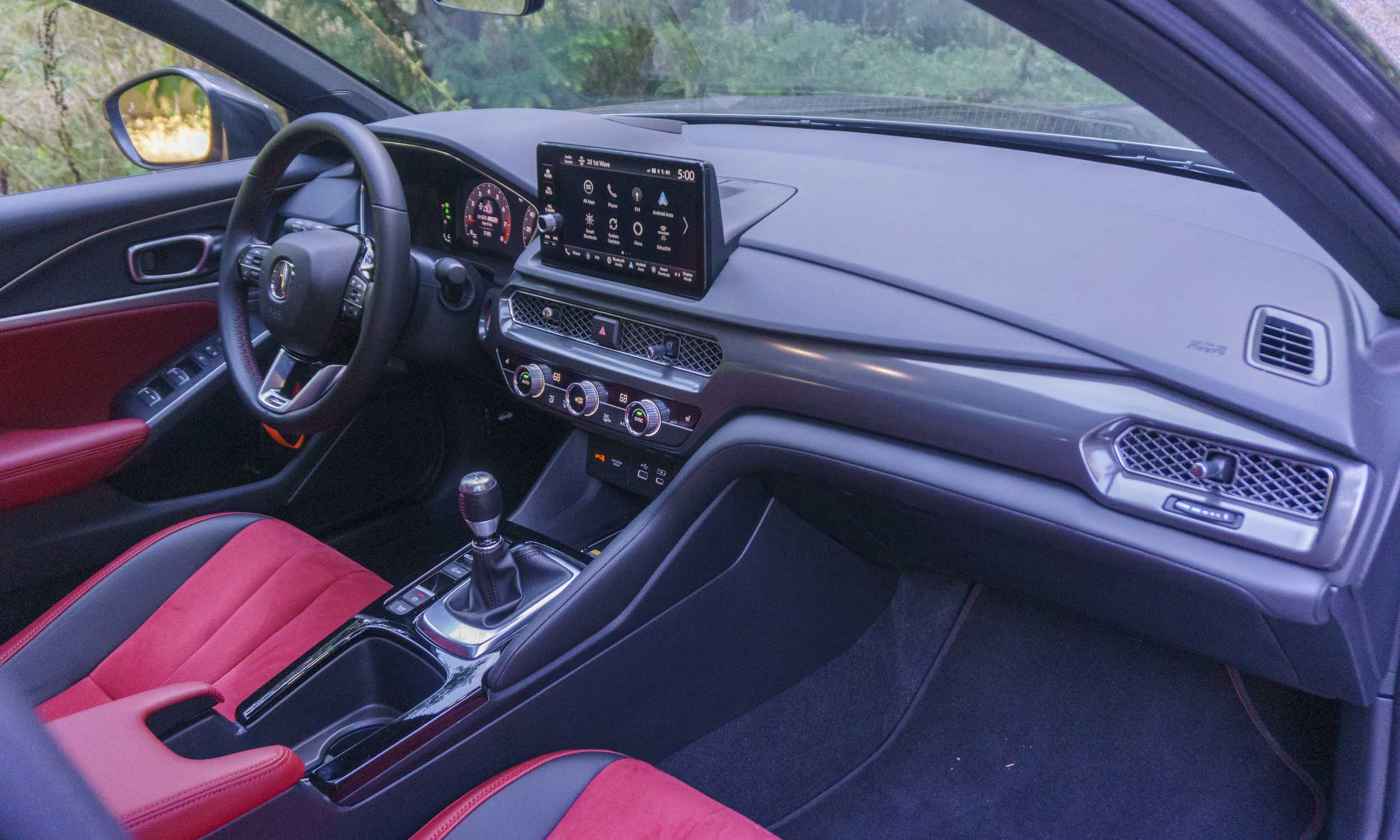 Premium Feel
The interior of the 2023 Acura Integra has a clean-looking design, since most of the controls are accessed through the center display screen. The premium vibe is enhanced by stylish vents and climate controls that have a machined-look as well as a satisfying click-click-click when rotated. The car also possesses decent storage space in the center console, as well as available wireless charging in a cubby ahead of the gearshift. The touchscreen display features static Home and Back buttons as well as smart shortcuts at the bottom of the screen that update based on use, so most recent selections are always showing for quick, easy navigation. 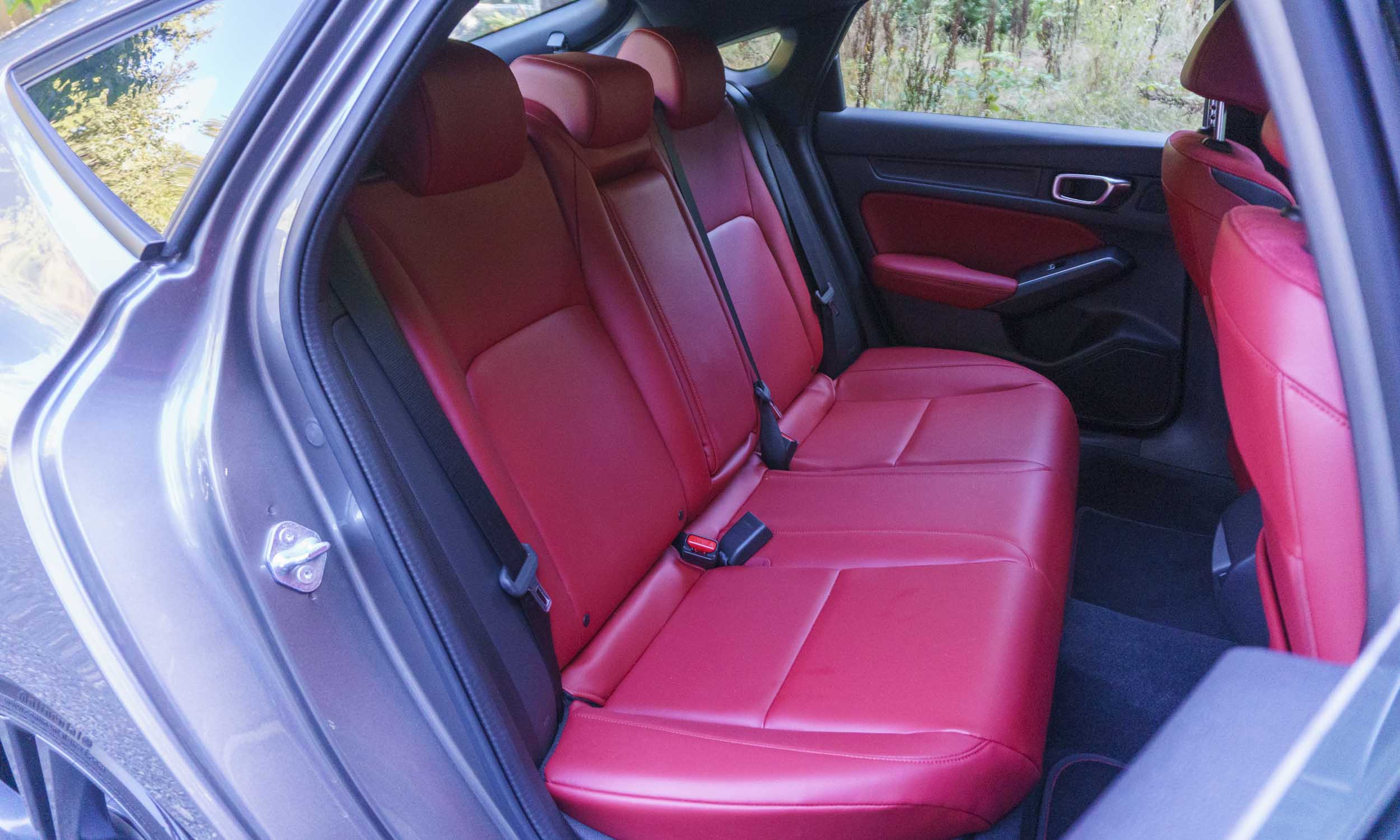 Rear Seat
Although it possesses coupelike styling, the new Integra is a proper four door with a roomy rear seat. Two adults won’t feel cramped thanks to adequate legroom and headroom, and the seats trimmed in soft leather are exceedingly comfortable. As is typical for a vehicle this size, the middle seat can be used in a pinch, although it’s best for small children. Two USB ports give rear-seat occupants a way to keep devices charged. 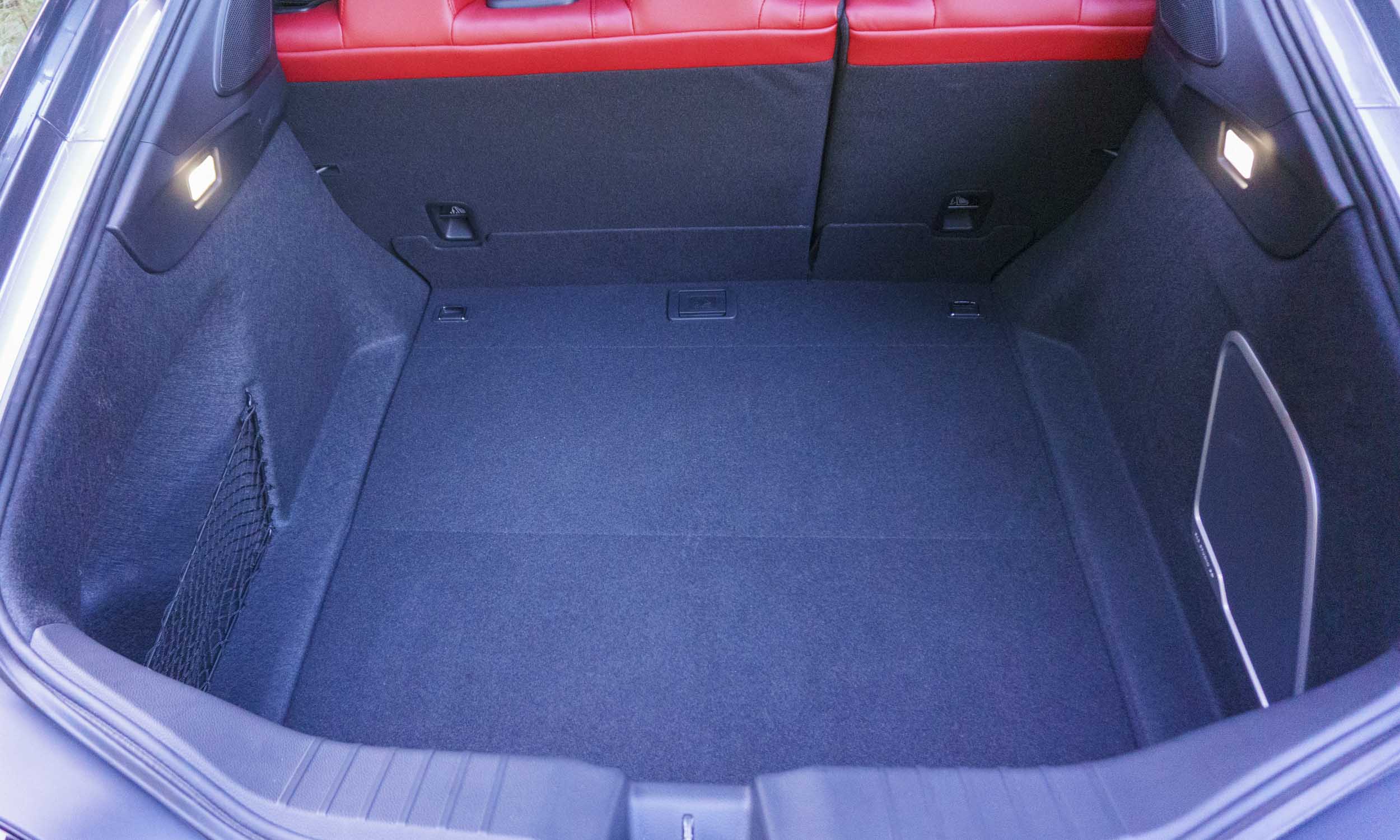 SUV-Like Space
With SUVs dominating the U.S. automotive landscape, the Integra is a bit of an anomaly — but that doesn’t mean it’s without utility. The liftback design provides a rather spacious, deep cargo area that holds a few pieces of luggage or plenty of grocery bags. The rear seats easily fold flat to create an extended loading area for large items. 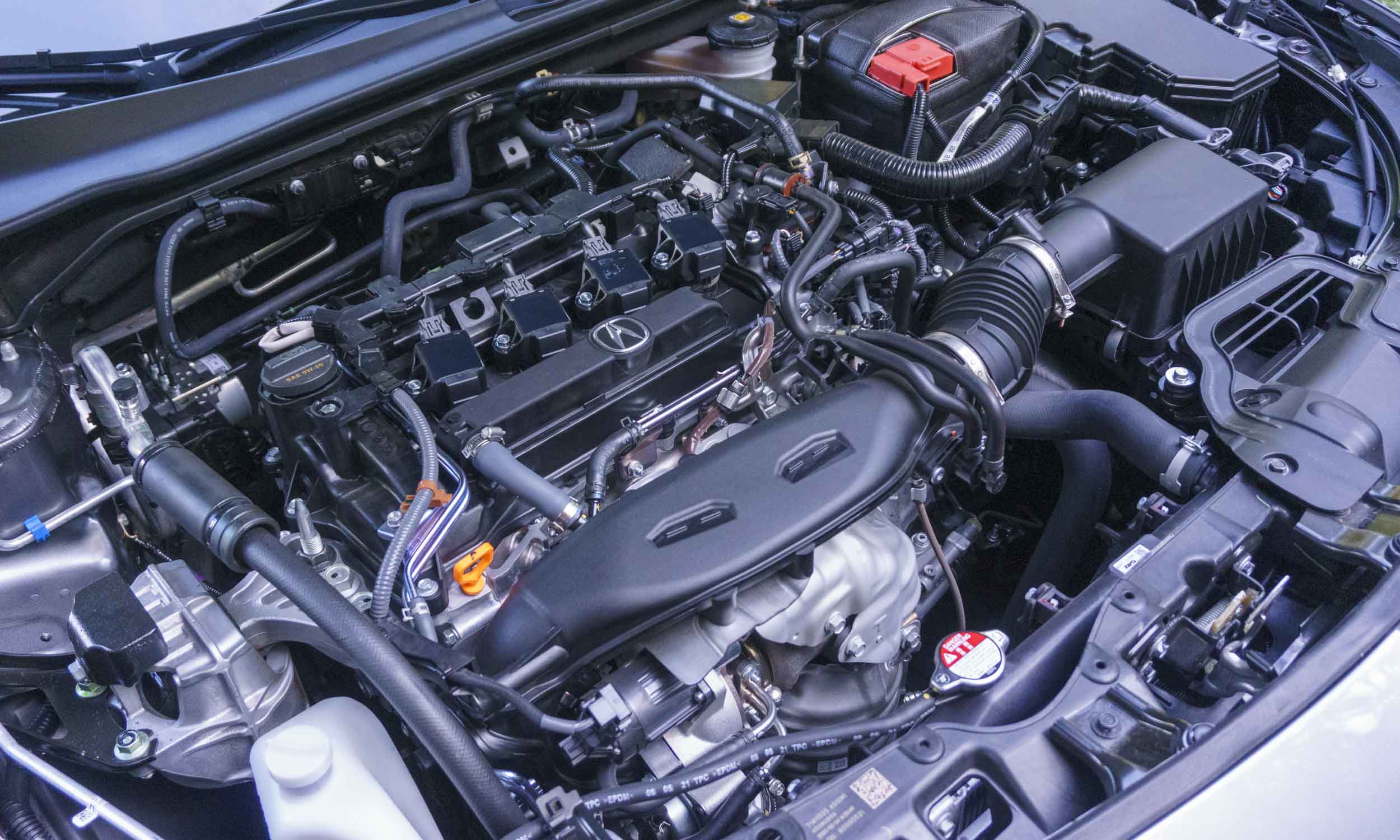 Under the Hood
Powering the 2023 Acura Integra is a 1.5-liter turbocharged VTEC 4-cylinder engine producing 200 horsepower and 192 lb-ft of torque. Power gets directed to the front wheels via a short-throw 6-speed manual gearbox — a rarity in this vehicle segment. 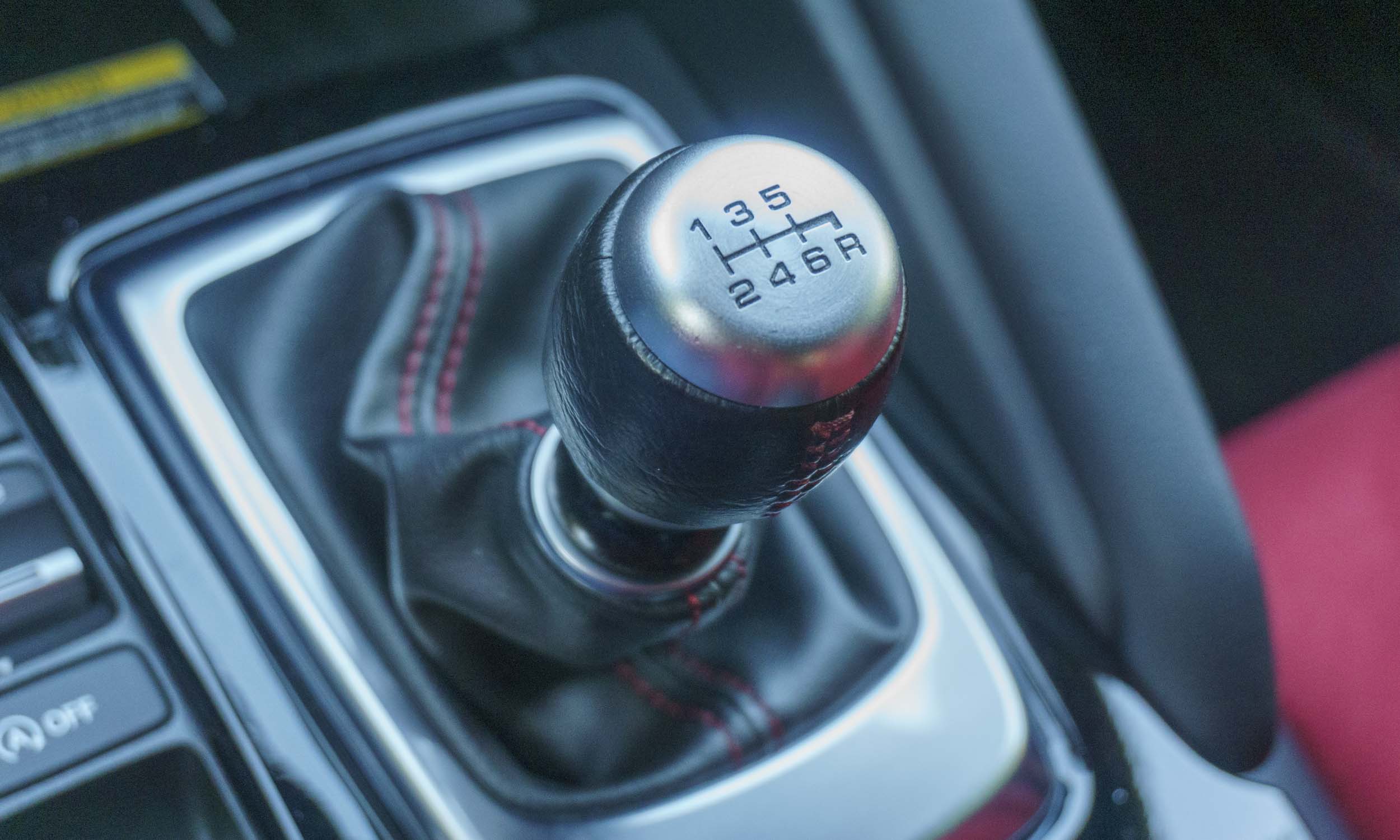 6-Speed Manual
Although there is no additional charge for the 6-speed manual, Acura does require customers to purchase the top-level A-Spec with the Technology Package to get this feature. A limited-slip differential is standard on Integras equipped with the manual gearbox. The manual also features rev matching that blips the throttle for precise downshifts — every time. 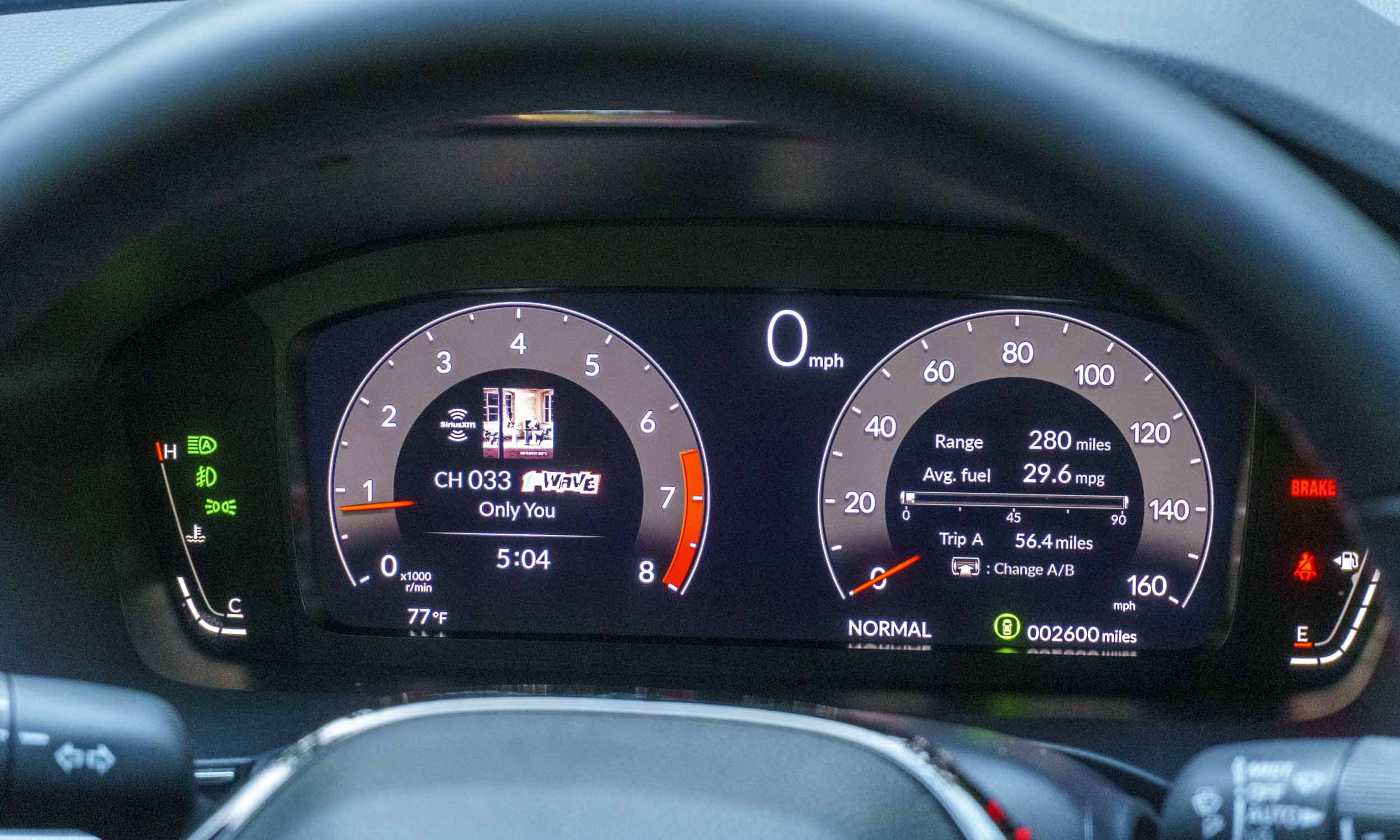 Fuel Economy
According to the U.S. EPA, the 2023 Acura Integra earns ratings of 26 mpg city / 36 mpg hwy / 30 mpg combined with the manual gearbox. Based on our time in the Integra, these numbers seem pretty accurate. Even though we were driving pretty aggressively most of the time (we simply couldn’t help ourselves), we still averaged a hair under 30 mpg. 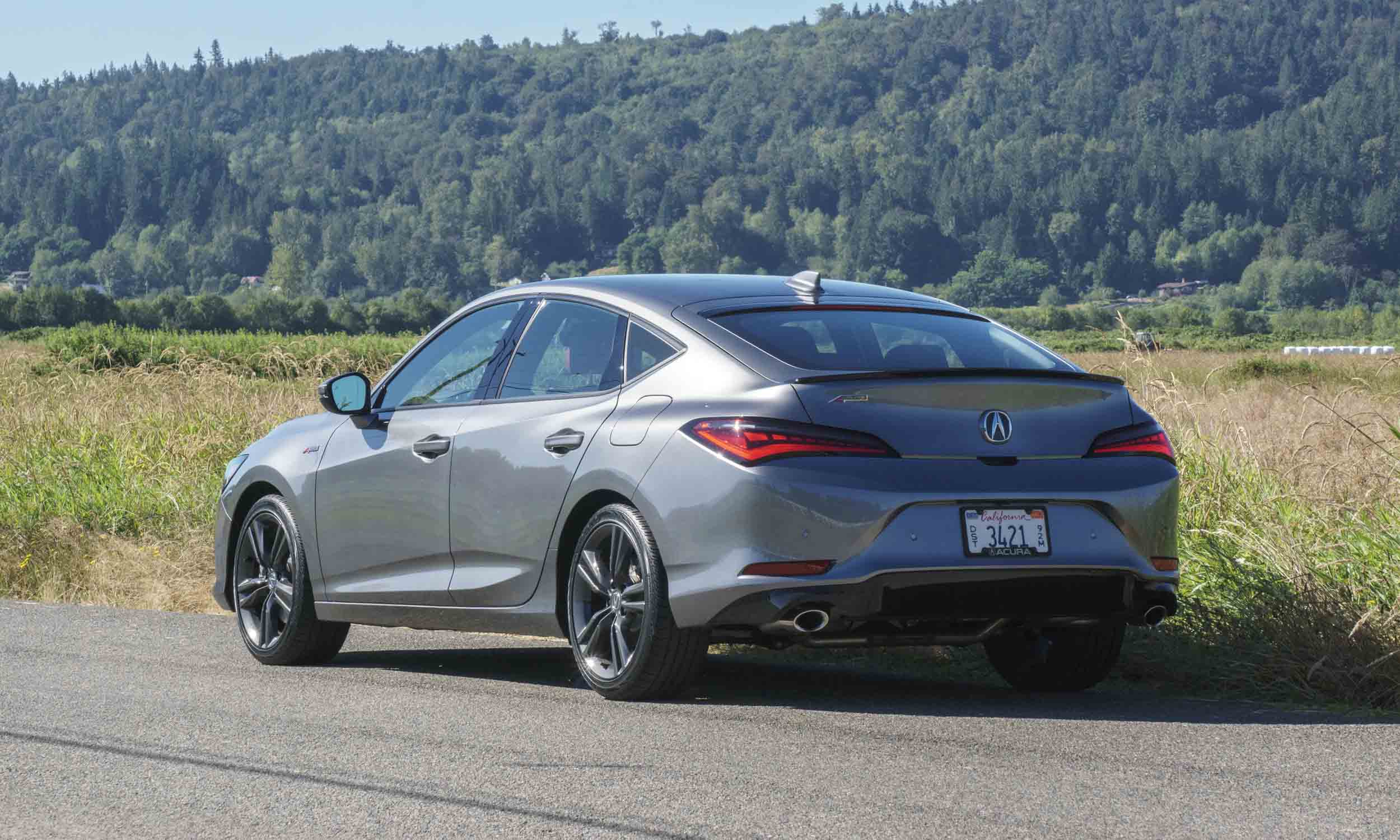 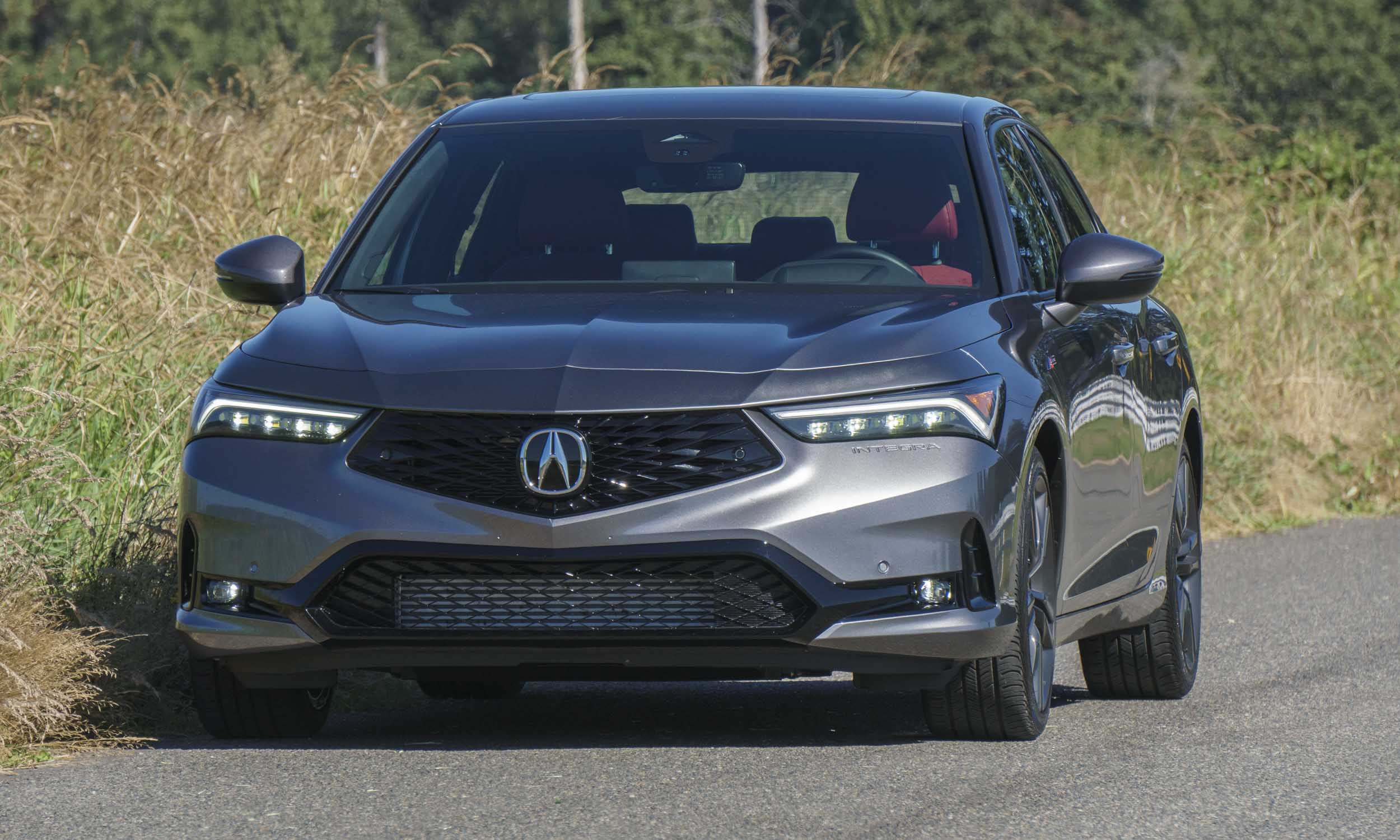 On the Road
From the moment we first set off in the new Integra we fell in love with the manual gearbox — it adds a level of engagement and fun that is missing from so many cars today. The clutch is light with predictable engagement, and the short-throw shifter is satisfying when rowing through gears. It doesn’t have huge amounts of horsepower, but the Integra feels quick and sporty making it great fun to drive. We especially like the rev matching that automatically blips the throttle for perfect downshifts that sound professional. 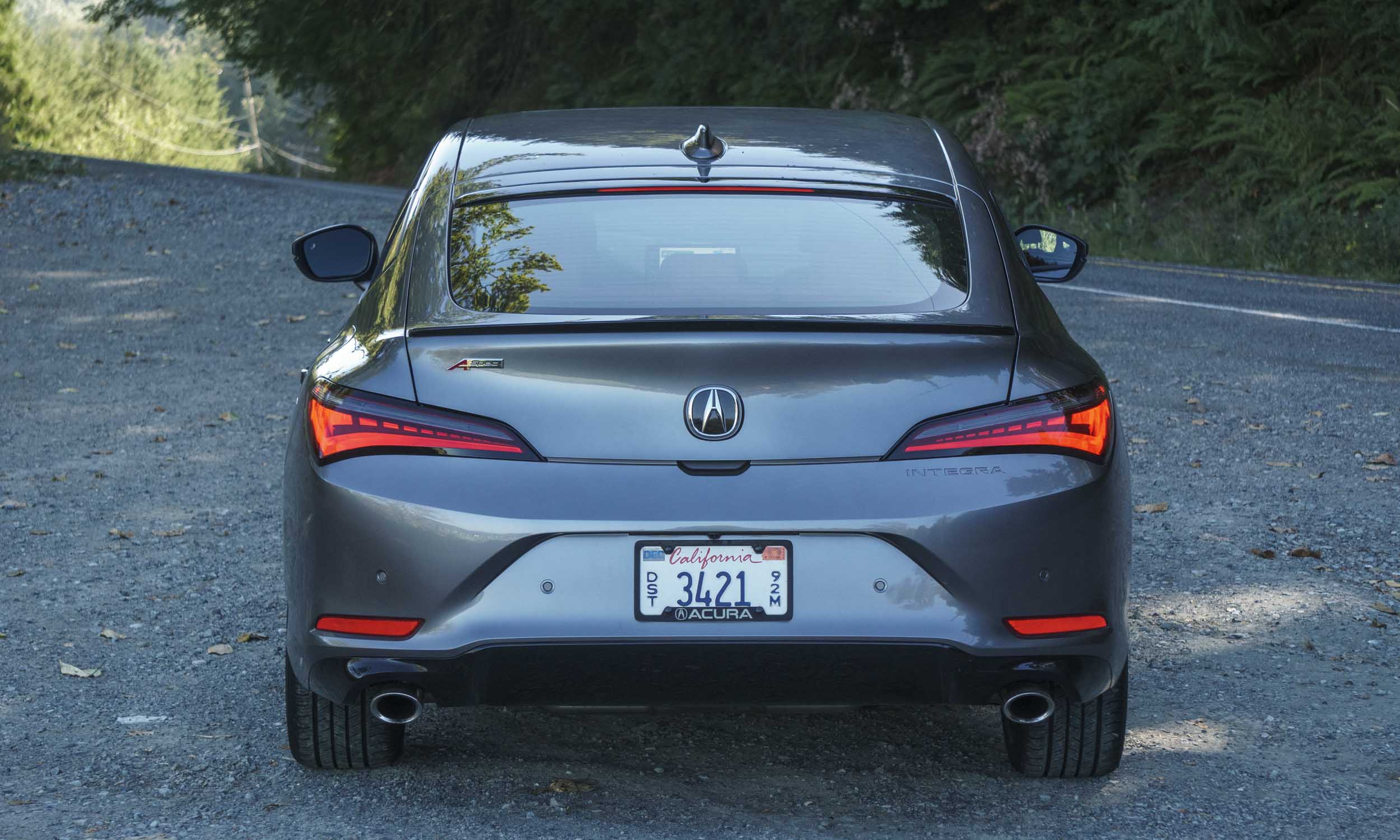 Great for Everyday Driving
The 2023 Acura Integra makes a great everyday vehicle — quietly, comfortably cruising on freeways while delivering rather impressive fuel economy. At the same time, Integra offers great fun when the road gets twisty. With its sport-tuned suspension and rigid subframe, the new car handles well. But the Integra is properly billed as a sporty car, not a sports car; with front-wheel drive and most of the car’s weight up front, it tends to understeer if pushed too hard. But for most drivers the decent steering feedback and manual transmission engagement will bring plenty of joy behind the wheel. 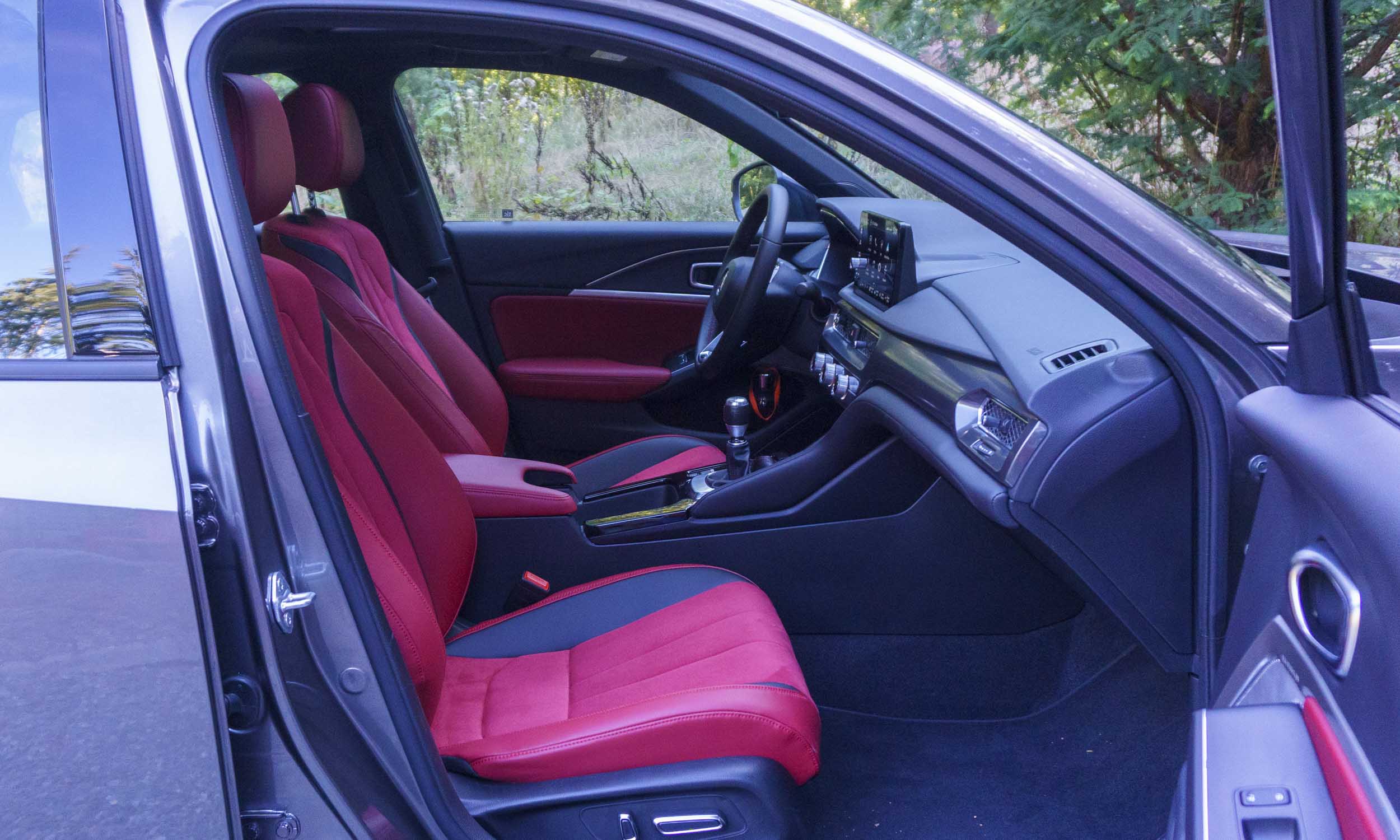 Notable Seats
Acura designed the front seats of the Integra to provide support during enthusiastic driving while remaining comfortable for long trips. The seats use multiple internal structures for improved support across the entire body. During our drives the seats performed as intended, even after spending several hours behind the wheel. The upgraded seats with microsuede inserts in Red / Ebony are especially attractive. 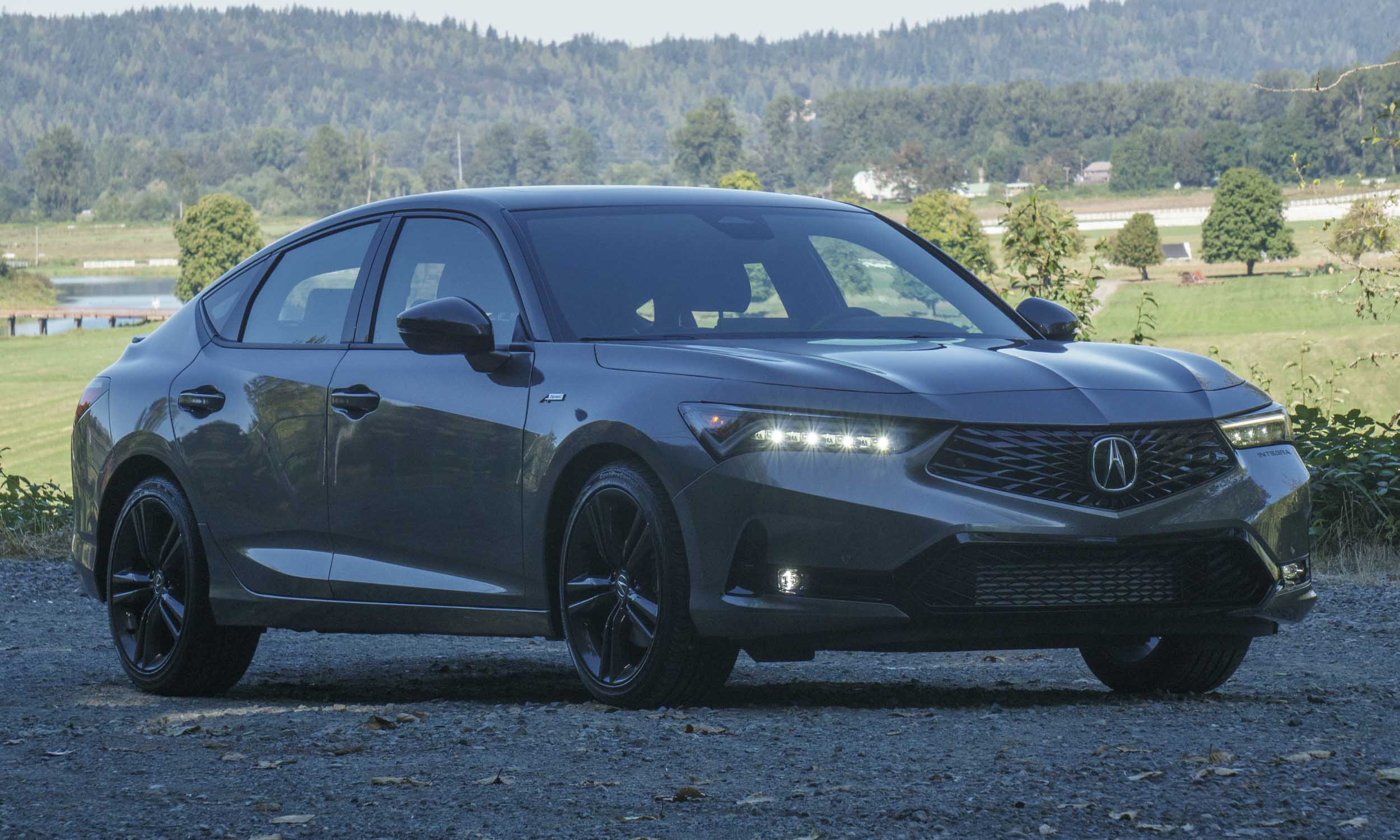 Rating: 8.5
It’s been a while since the Integra’s availability in America, so its loyal fan base might have a time-shifted memory about what the original car was like. The new Integra’s styling cues are similar enough to the original to evoke fond memories. And with the latest tech and a comfortable, spacious interior (as well as a strong, efficient powertrain), the Integra will work for those who remember the original — and those who don’t. 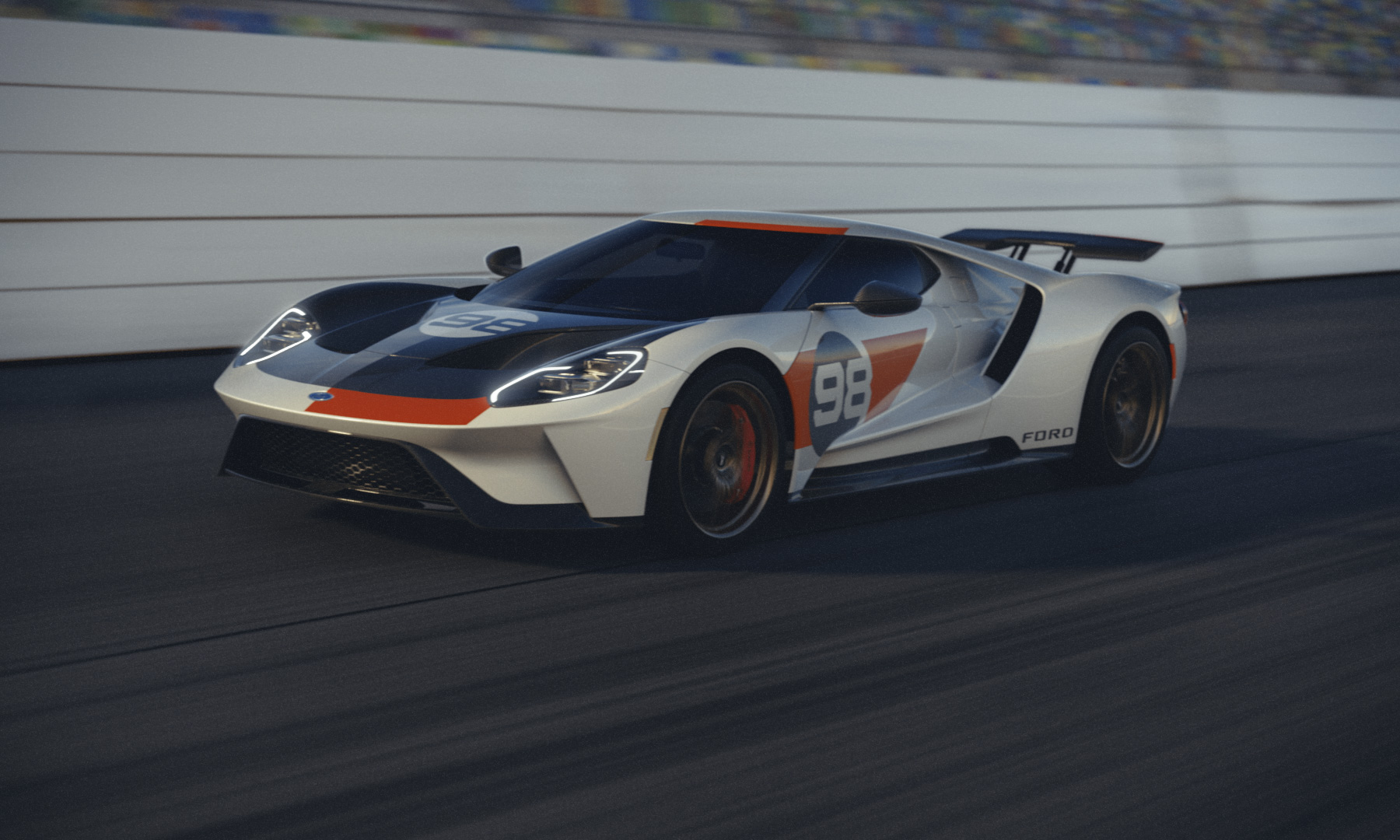 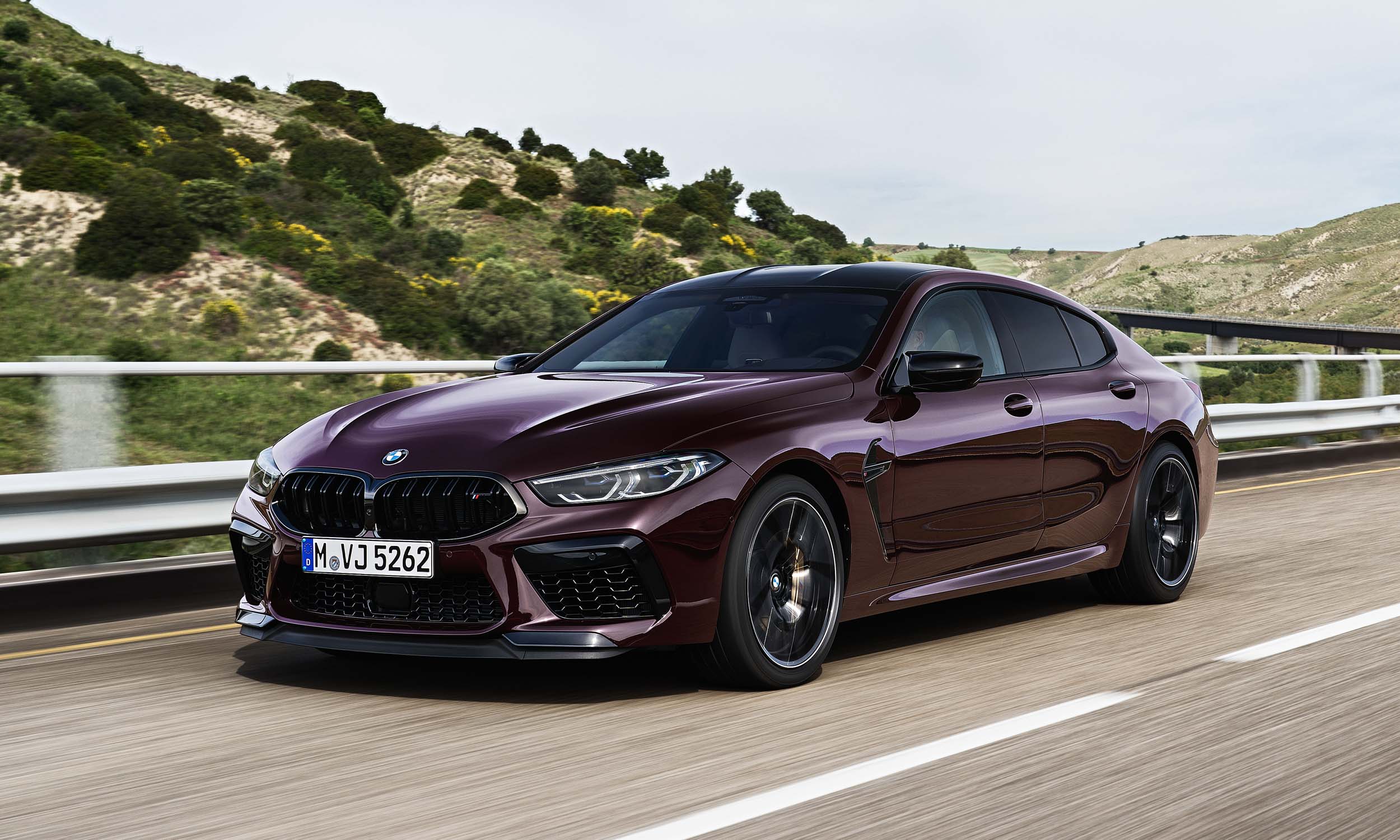