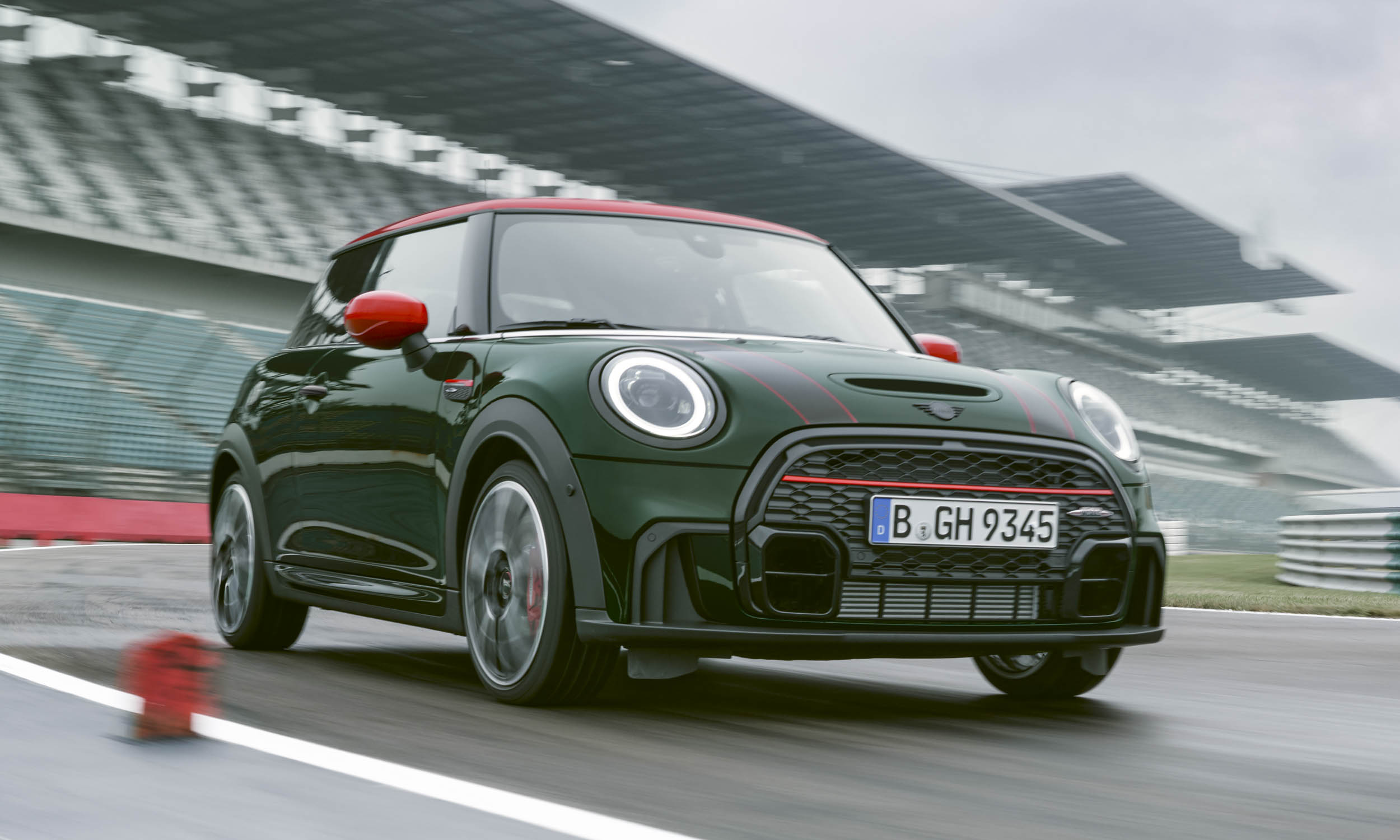 New Yet Familiar
One of the most recognizable cars on the road, the MINI Cooper has a rich history dating back more than 50 years. The modern-day version of this fun-to-drive small car rejoined the American market in 2002, and since that time the brand has expanded — the cars are larger and the line now includes versions with four doors, all-wheel drive and even an electric powertrain. Today the automaker announces updates for the 2022 MINI Cooper, including feature and styling revisions for both the hardtop and convertible. 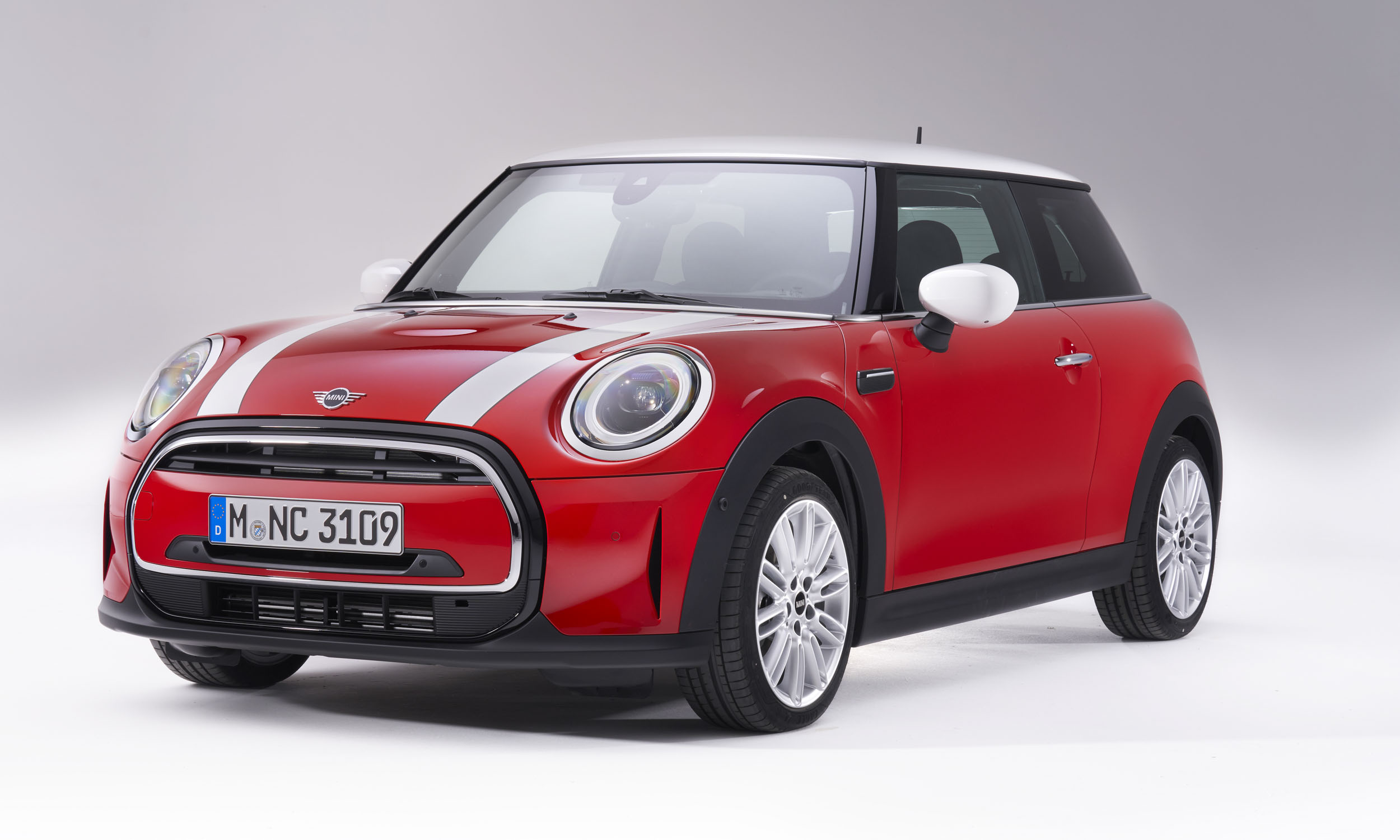 New Face
The classic visage of the MINI hardtop and convertible remains recognizable, but the cars inherit some noticeable changes for the 2022 model year. A larger grille that stretches to the bottom of the car is now standard, framing an inner hexagon trimmed in chrome. A body-color bar stretches across the grille, housing the license plate and giving the MINI a wider-looking stance. 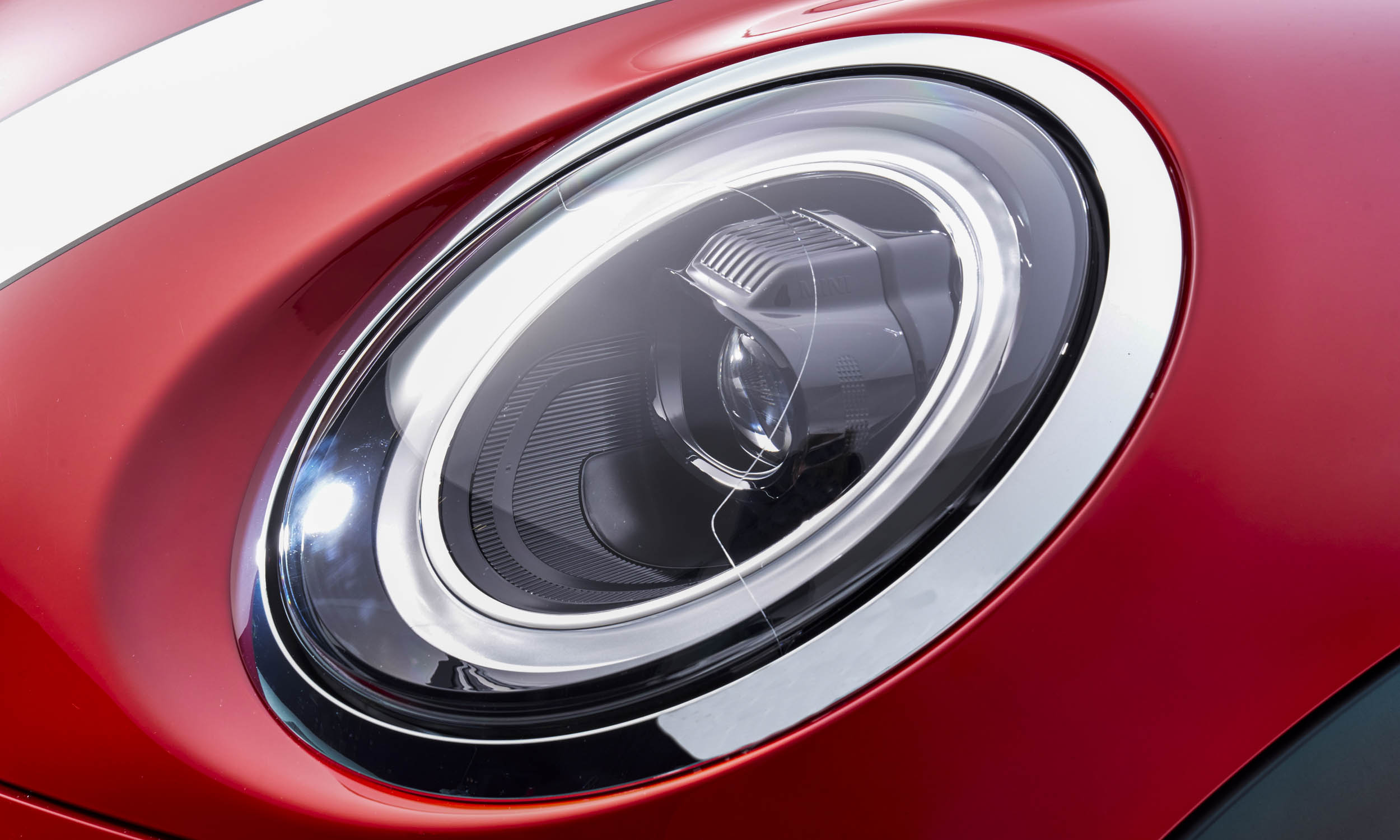 Redesigned Headlights
Headlights for the 2022 MINI Cooper have been redesigned and are now LEDs on all trim levels. Fog lights have been removed for improved aerodynamics; the deletion also gives the front end a cleaner look. Instead, the MINI’s headlights now feature a “bad weather light” that replaces fog lights. 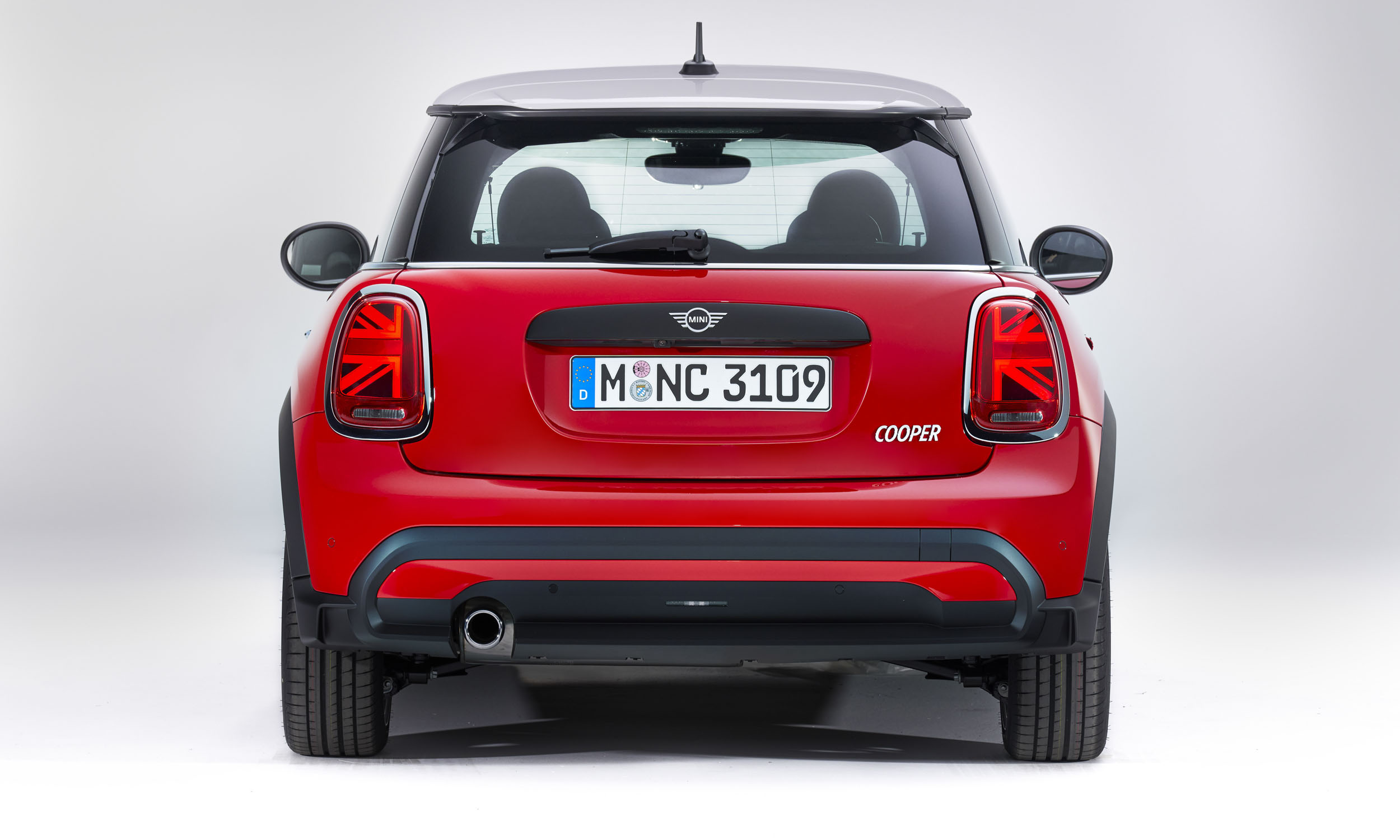 Rear View
The MINI Cooper gets a new rear bumper for the 2022 model year, replete with a matte-black border that mimics the shape of the grille up front. It also gives the small car a more sporting look. Stylish Union Jack taillights will now be standard on all MINI Coopers. 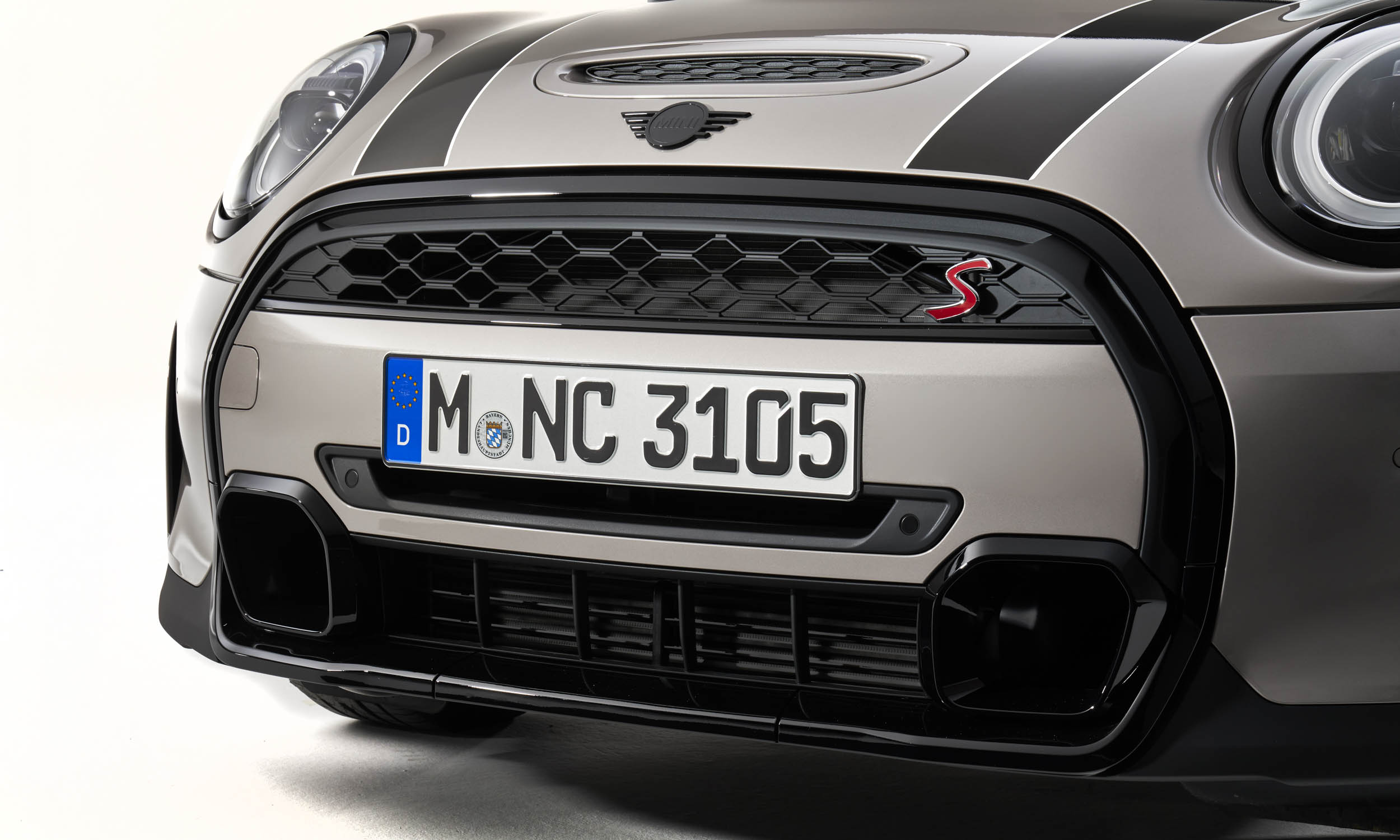 Cooper S Highlights
The higher-performance MINI Cooper S has a more differentiated look from the Cooper for the 2022 model year. Also recipient of the larger grille, the Cooper S uses a piano black trim surround and incorporates two additional air intakes at the lower corners of the grille. Piano black accents are sprinkled throughout the vehicle, including the mirrors, headlights surrounds and logo. The familiar hood scoop and red S in the grille remain for the new model. 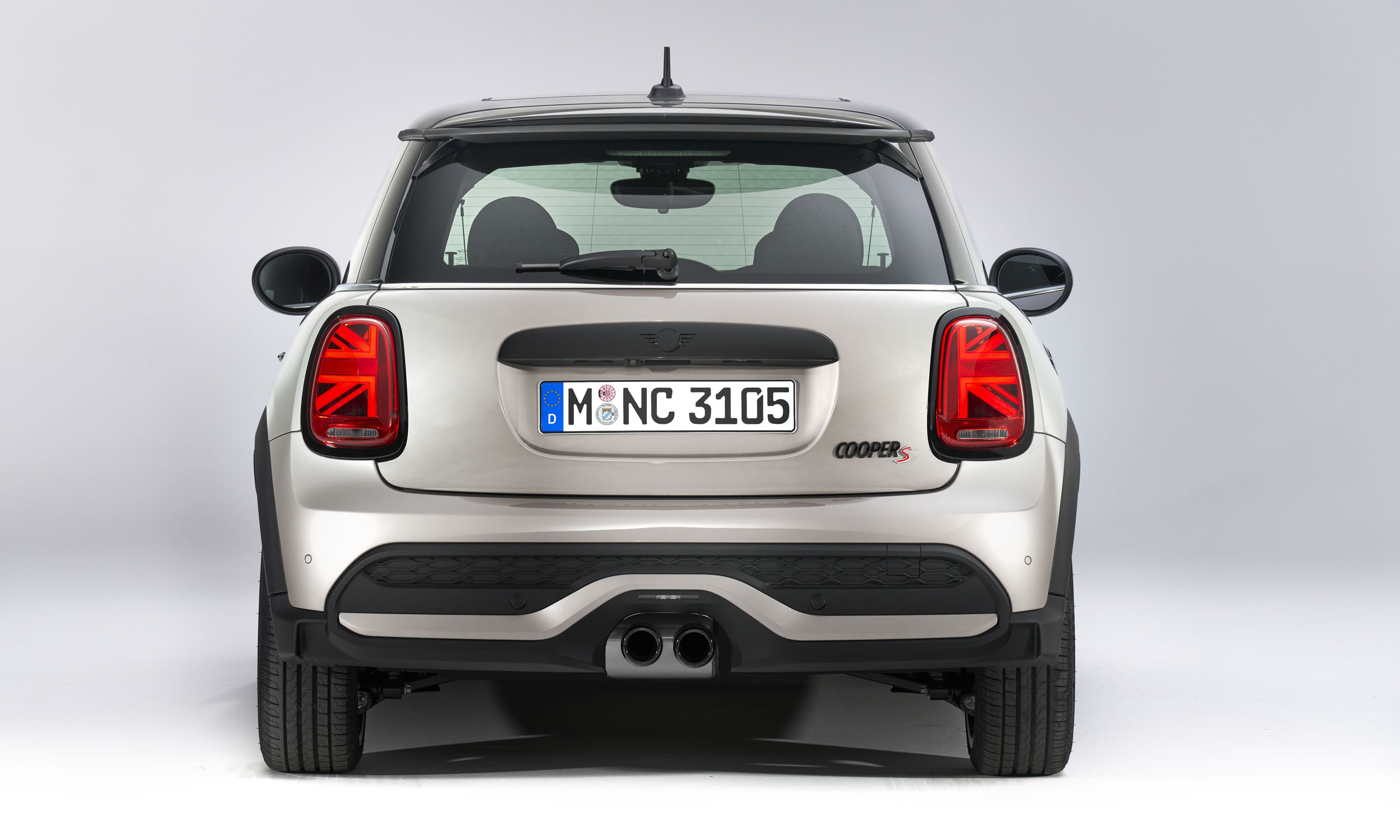 Cooper S Rear
Like the standard Cooper, the Cooper S gets a refreshed rear bumper that integrates the same hexagonal mesh design found on the grille. A new LED fog lamp gets integrated with the bumper directly above the dual black chrome exhaust outlets. 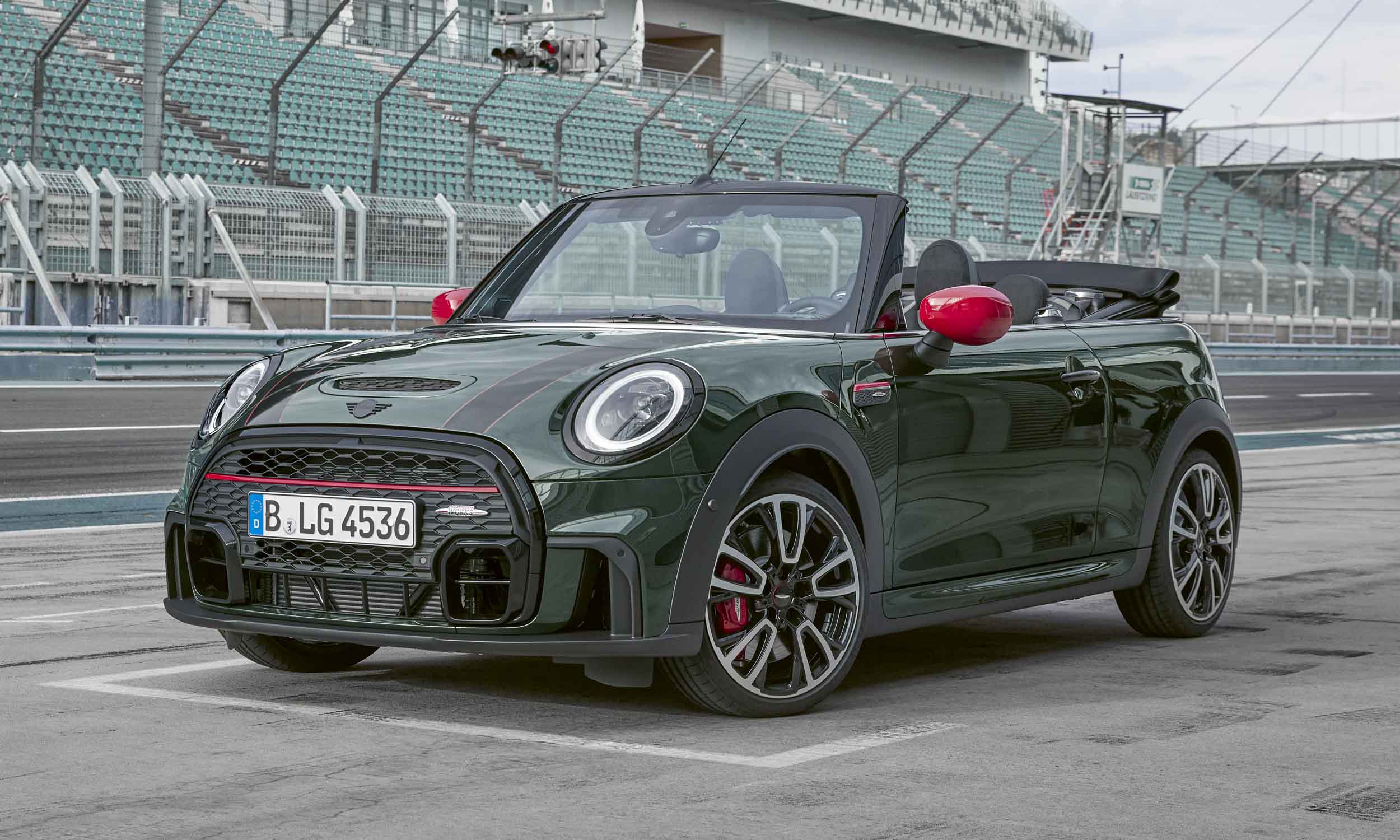 MINI Cooper JCW
The high-performance John Cooper Works edition remains atop the MINI Cooper lineup and adopts similar updates for 2022. The larger grille gets trimmed in piano black but forgoes the body-color bar across the center — instead larger air intakes and vents provide increased airflow to the more powerful engine. 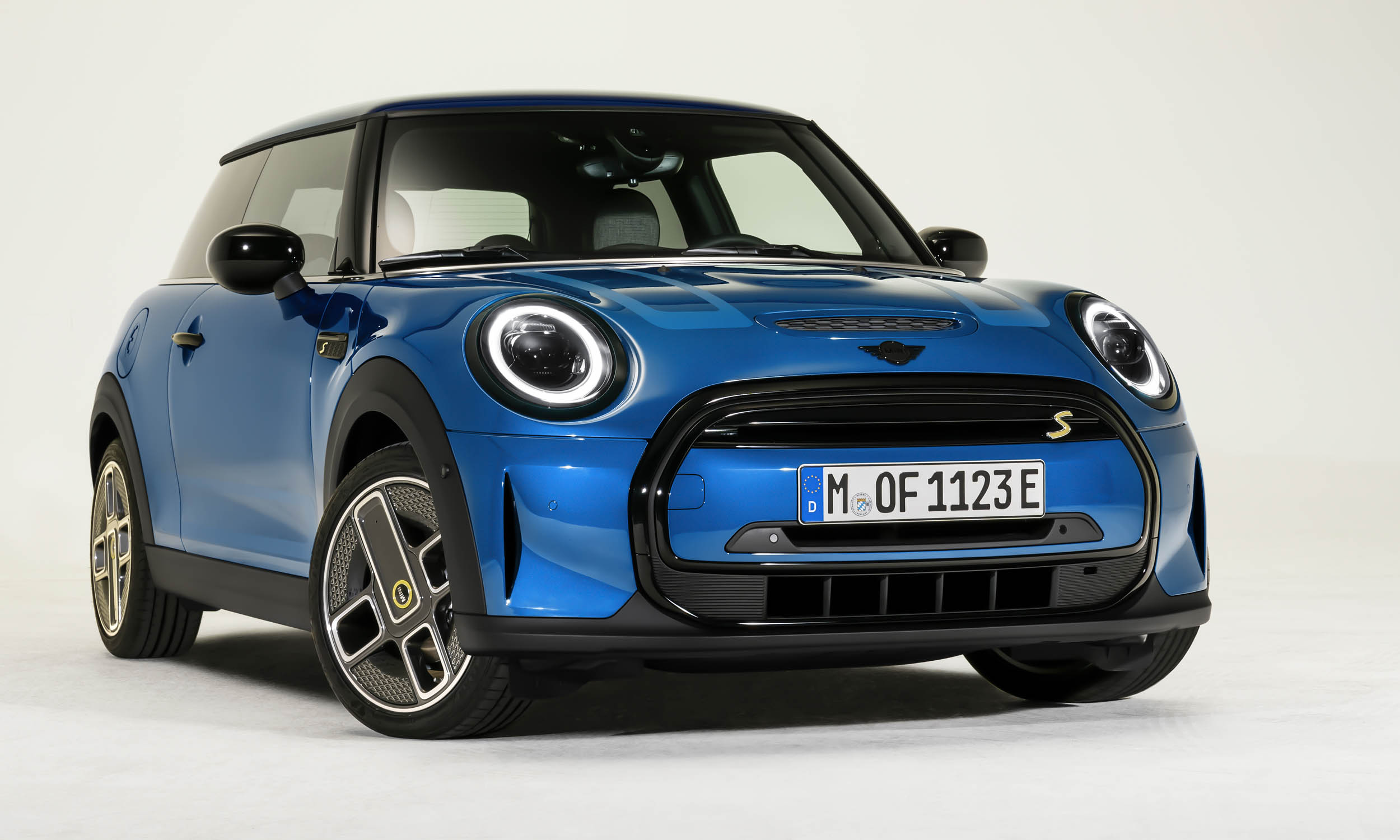 MINI Cooper SE
Last year MINI introduced the fully electric MINI Cooper SE, which melds the performance of the Cooper S with an advanced electric powertrain and unique looks. For 2022 the SE adopts the front-end styling of the standard MINI Cooper; however, the EV has a solid grille (no need for airflow thanks to the electric motor) and it stands out with yellow-accented S badging. 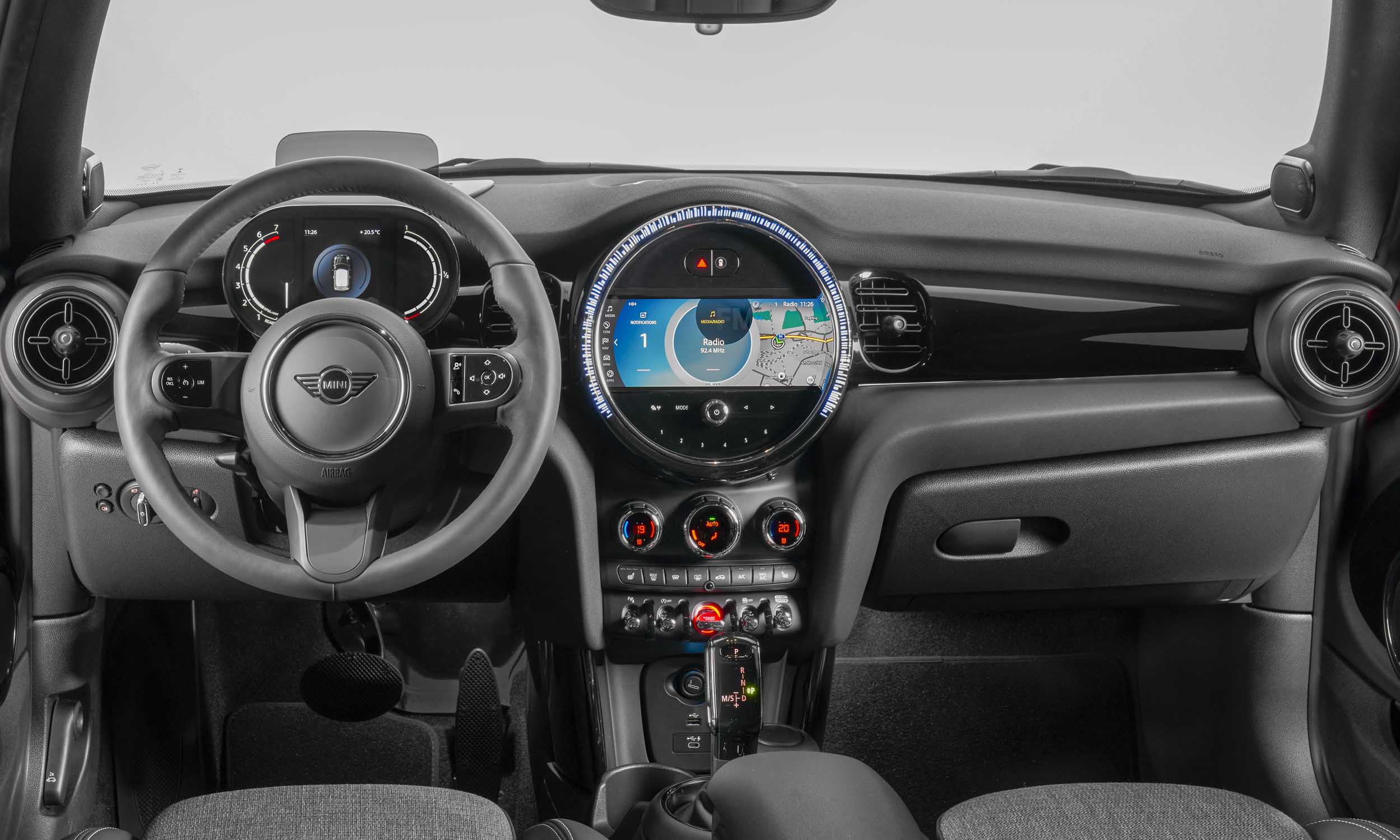 Interior Changes
The 2022 MINI Cooper will also incorporate interior updates, with the most noticeable being an 8.8-inch touchscreen display now standard on all trim levels. The larger screen gets integrated with a revised dashboard that still retains its large round surround, mimicking the original MINI’s centrally located large analog speedometer. Air vents have been redesigned for the new model year, and the dash features a larger decor panel directly in front of the passenger. 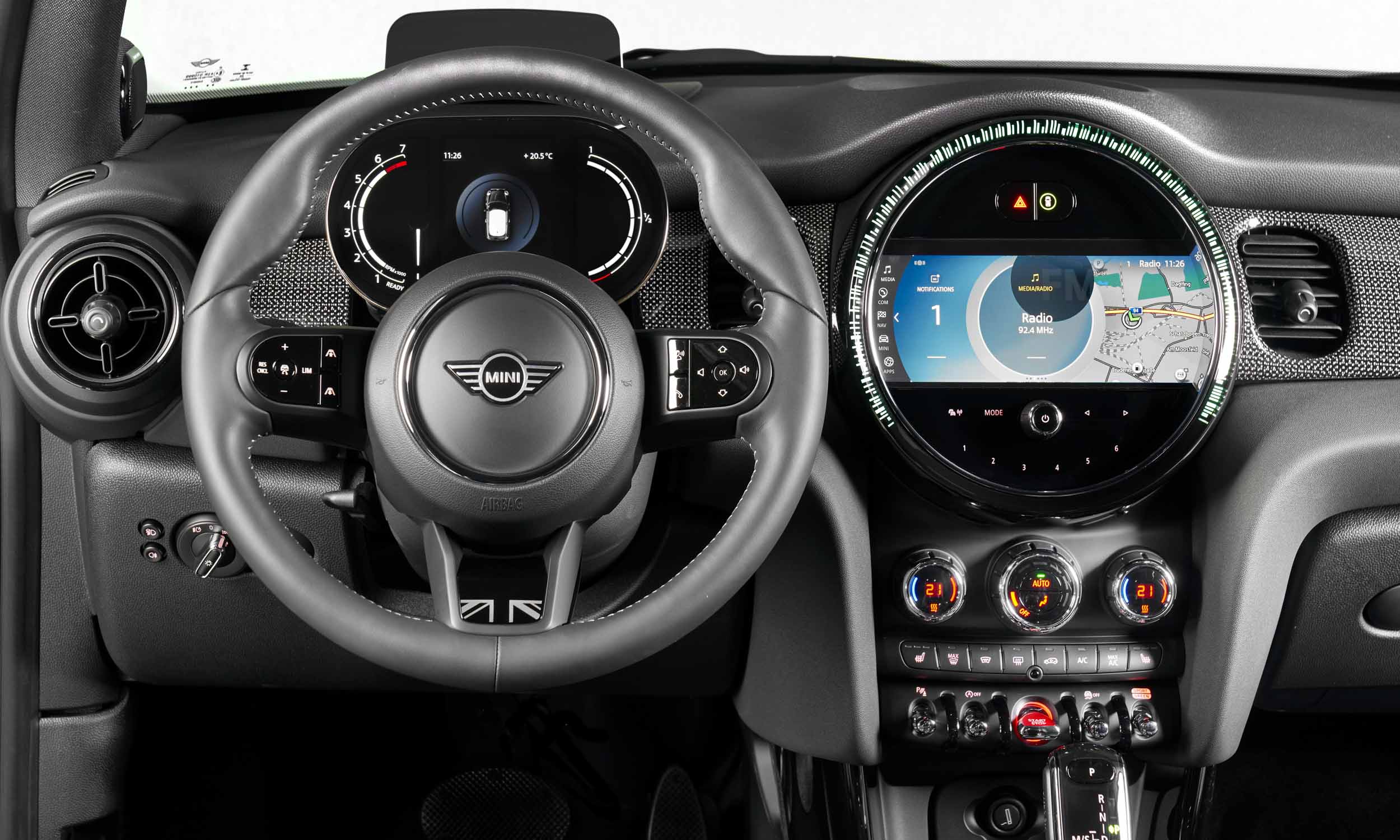 Driver View
For 2022 the MINI Cooper gets a new leather-trimmed sport steering wheel with horizontal spokes and integrated controls. MINI devotees in colder climates will be happy to hear that the 2022 MINI now offers a heated wheel for chilly mornings. The 2022 model also receives a new digital instrument cluster. 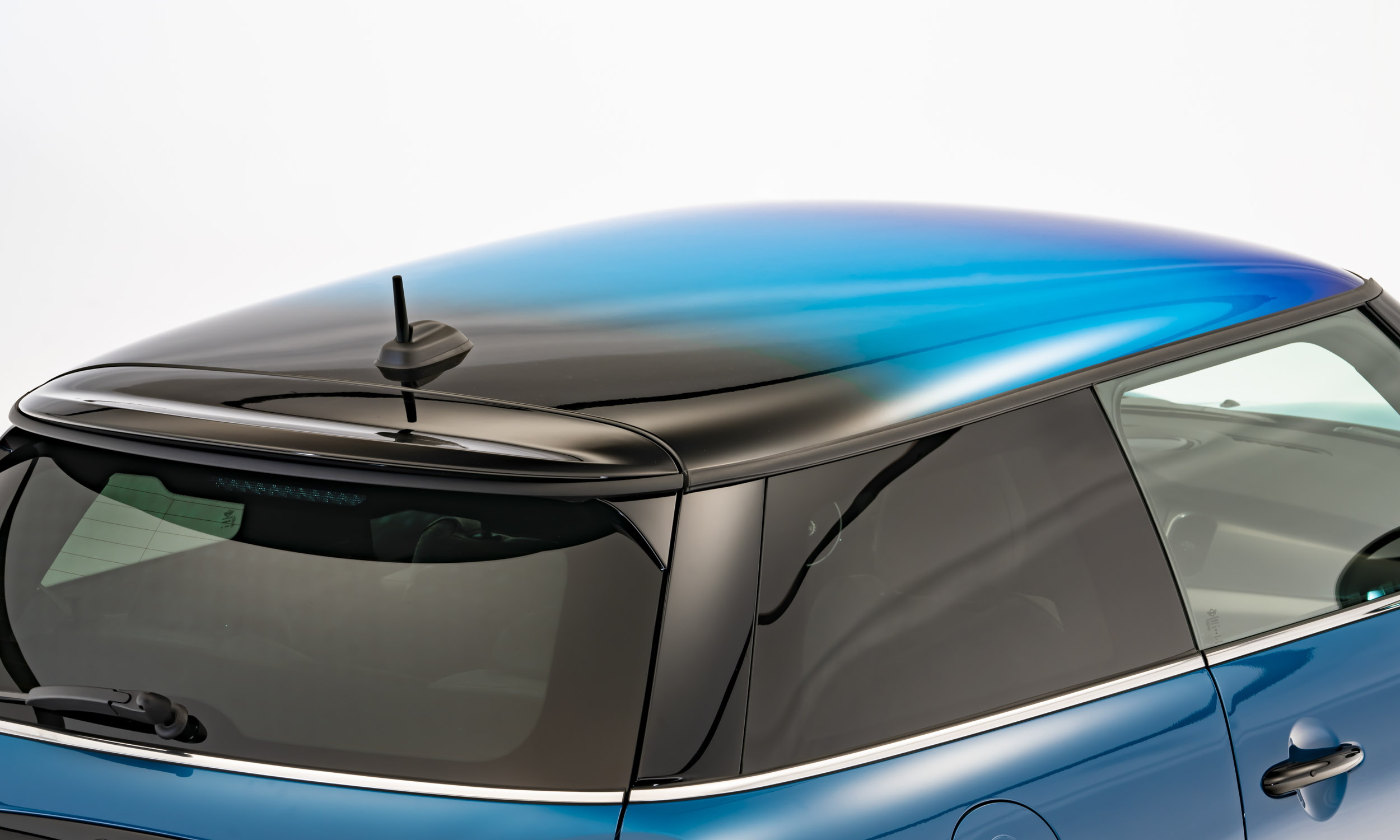 Multitone Roof, New Colors
MINI will offer the Cooper in three new colors for the 2022 model year: Island Blue, Rooftop Gray and Zesty Yellow. However, one of the most interesting updates for the new model is an available Multitone Roof that features a color gradient of Soul Blue, Pearly Aqua and Jet Black. (MINI reps say additional colors will be added to the Multitone Roof selections.) 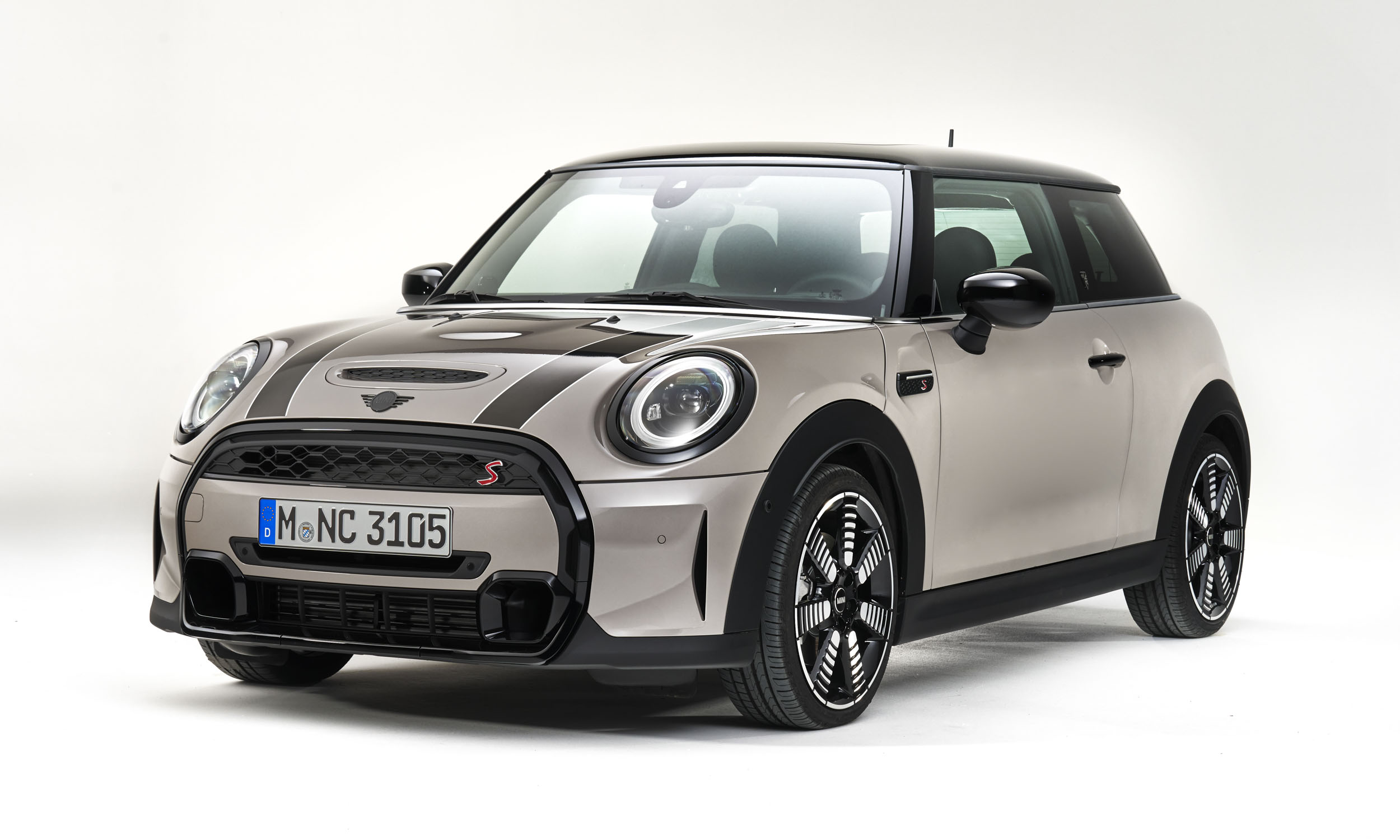 Powertrains Unchanged
Even though the 2022 MINI Cooper gets fresh styling and new features, the car’s spritely powertrains remain unchanged. The MINI Cooper sports a 134-horsepower engine, while the Cooper S bumps up to 189 horses. The top-level JCW makes 228 horsepower. 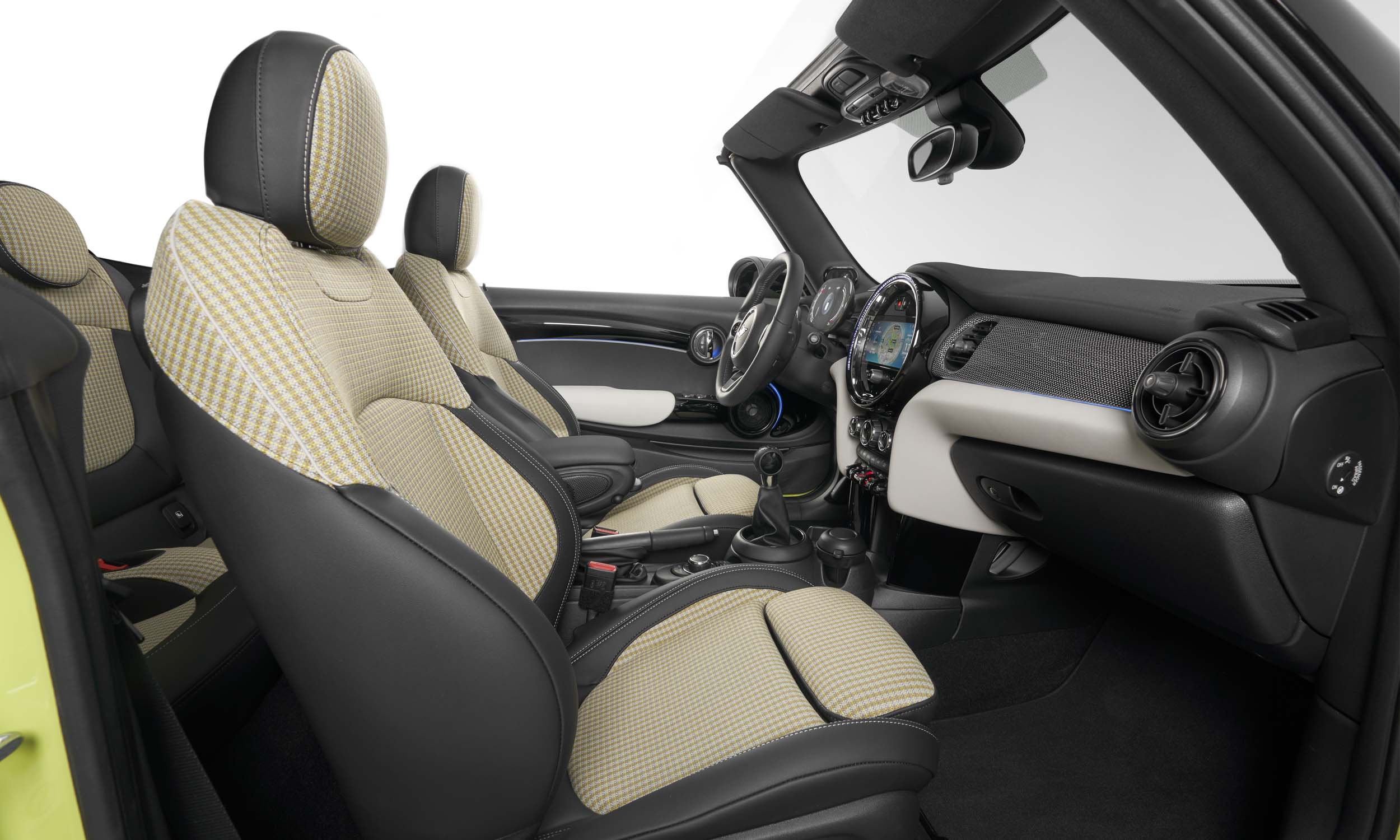 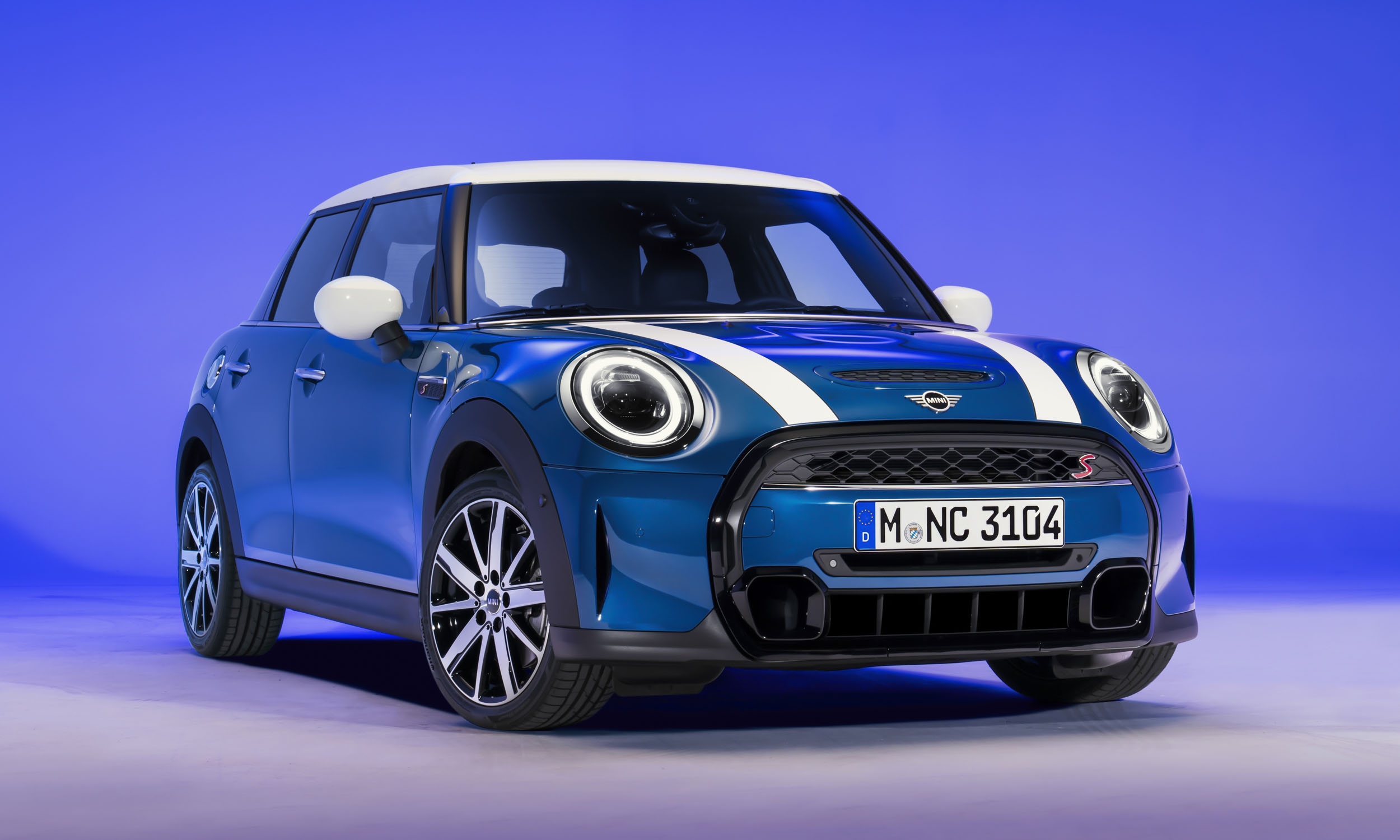 Increased Value
In terms of pricing, most of the MINI Cooper lineup will get a modest $500 increase over the outgoing versions, despite the styling updates and additional features. The price of the fully electric MINI Cooper SE will remain unchanged at a starting MSRP of $29,900. 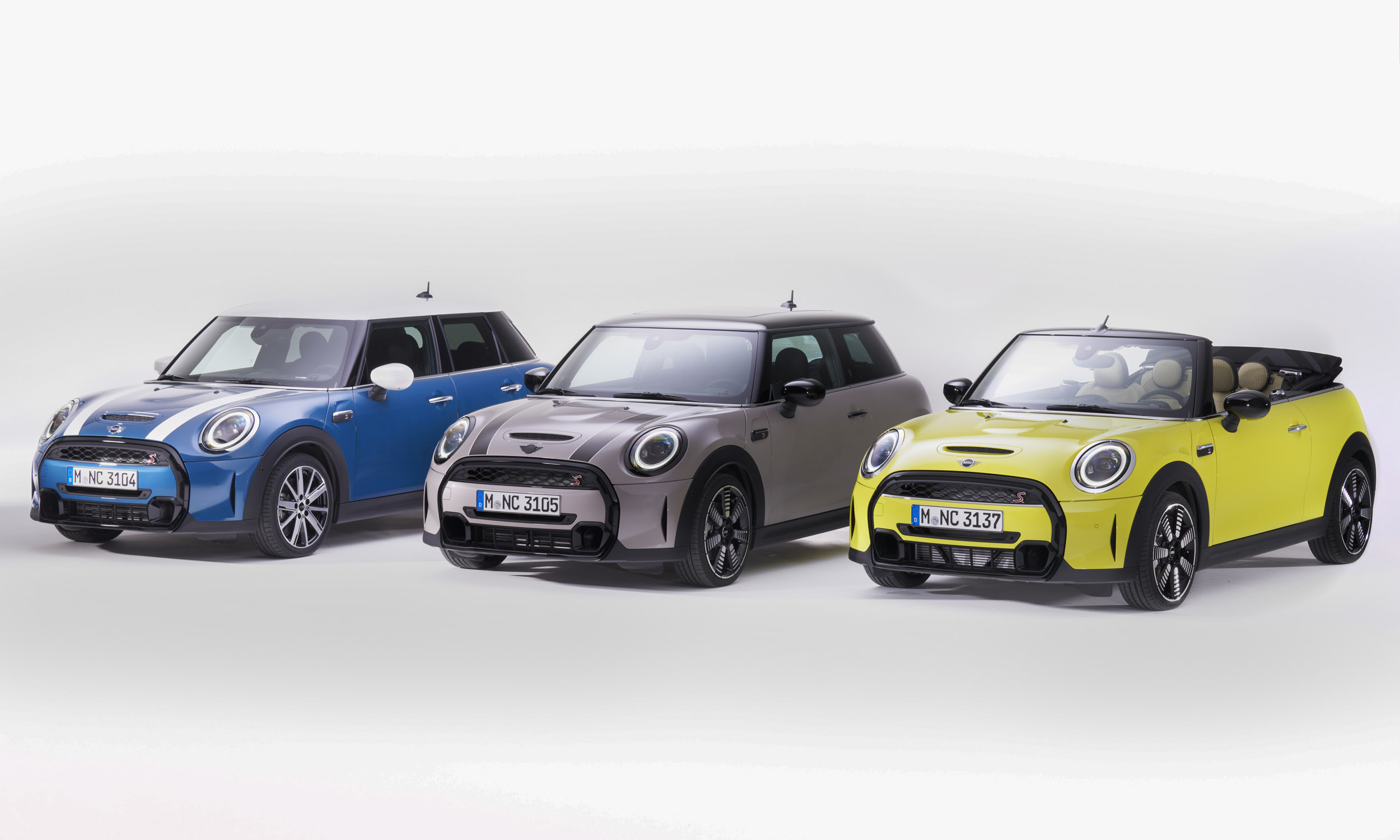 Coming Soon
MINI will begin production of the 2022 Cooper in March 2021, with deliveries expected to start in late April 2021.