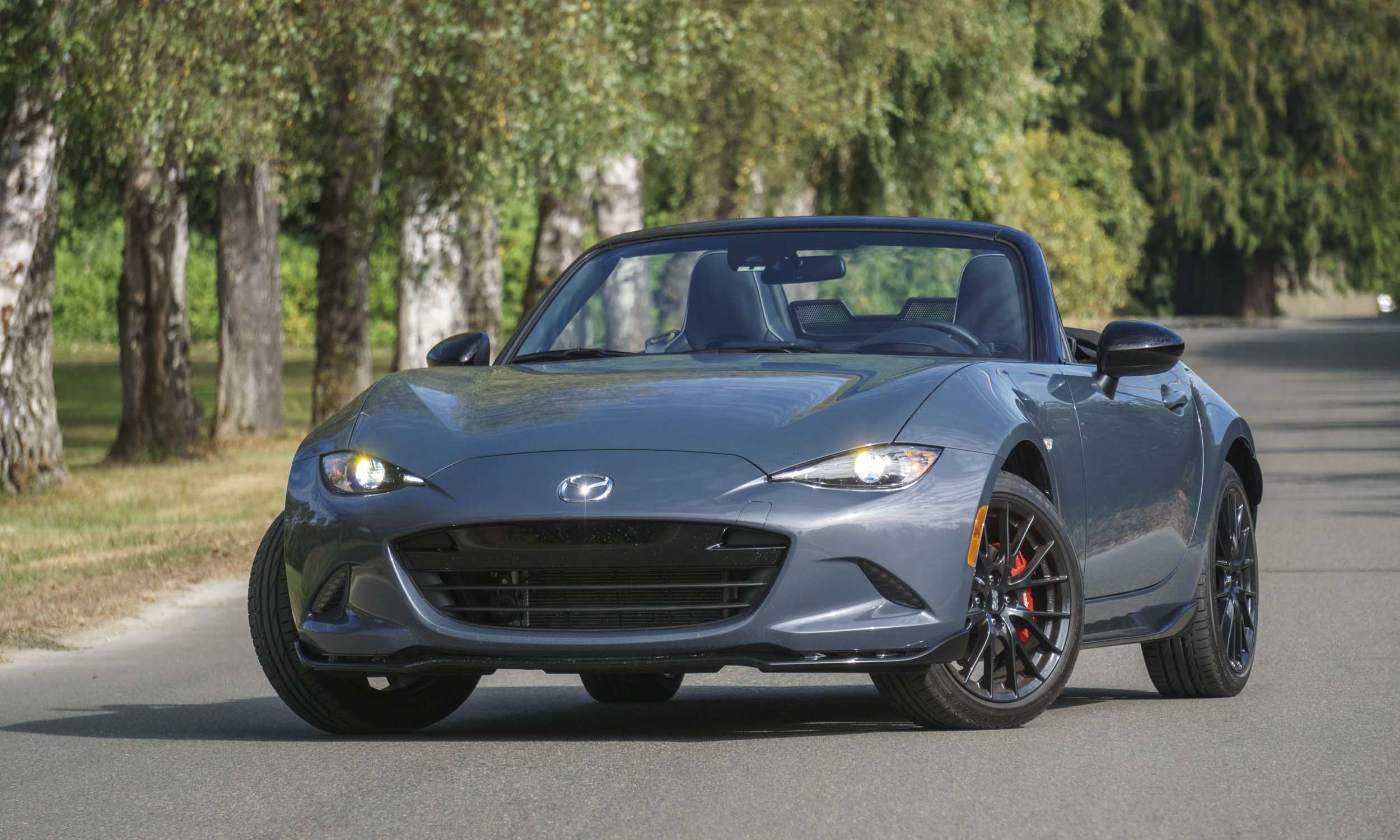 2022 Mazda MX-5 Miata
In recent times, the term sports car has been used to describe all types of high-performance vehicles, blurring the definition of what a sports car truly is. However, one vehicle that has always epitomized the sports car in its purest form is the Mazda MX-5 Miata. Since its introduced in 1989, this 2-seat roadster has provided drivers with a pure driving experience with reliability unmatched by its European counterparts. And more than 30 years later, the 2022 Mazda MX-5 Miata stays true to its roots and still elicits an immediate smile from practically any driver who gets behind the wheel. 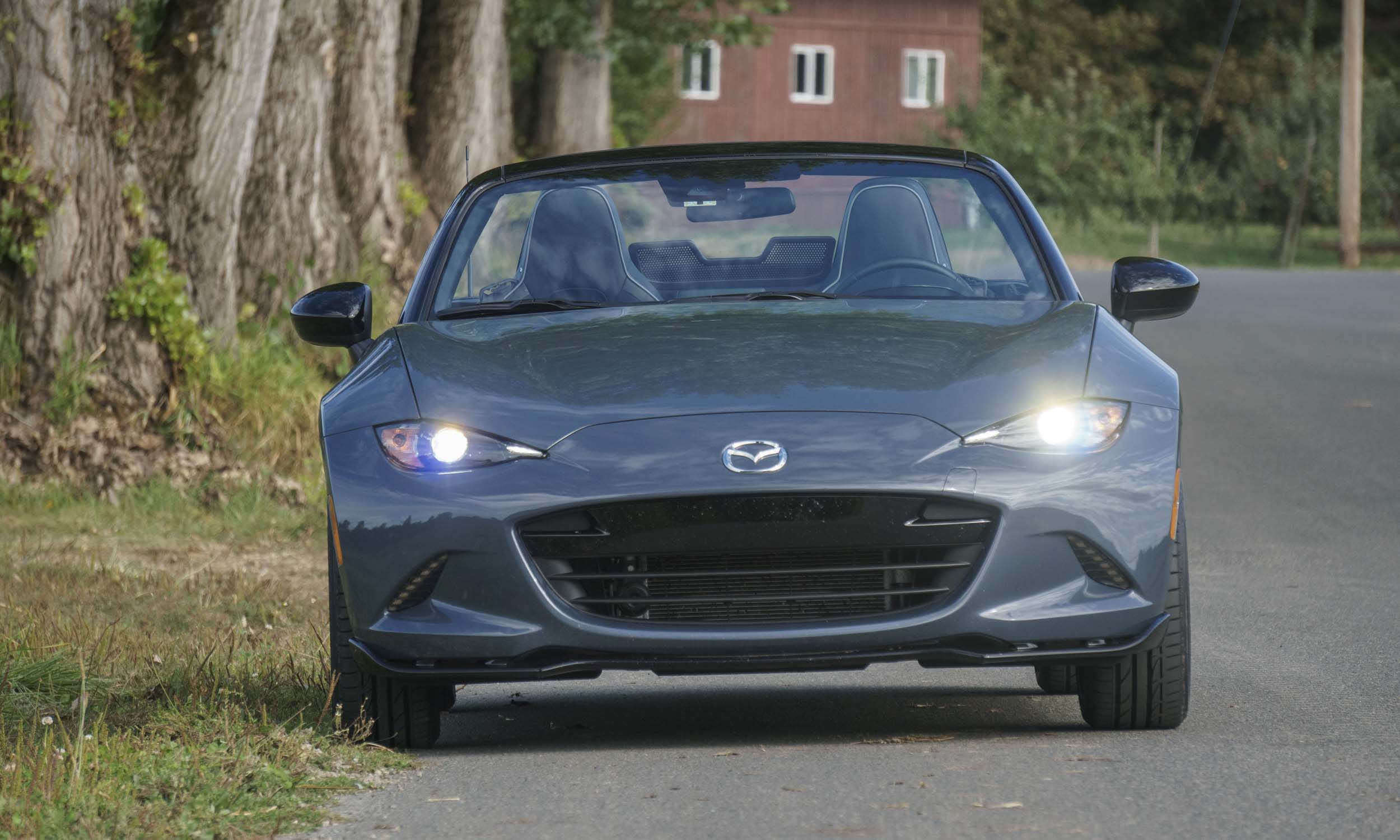 Test Vehicle
Mazda provided us with a 2022 MX-5 Miata Club painted in Polymetal Gray Metallic. The Club comes well equipped, although our test vehicle had the additional option of a Brembo BBS Recaro package that adds Brembo brakes with red calipers, BBS wheels and Recaro sport seats for a total MSRP of $36,710. Two-seat roadsters are a rare entity on American roads — competitors to the Miata are all considerably more expensive and include the Porsche 718 Boxster, Audi TT, BMW Z4, Chevrolet Corvette and Jaguar F-TYPE. 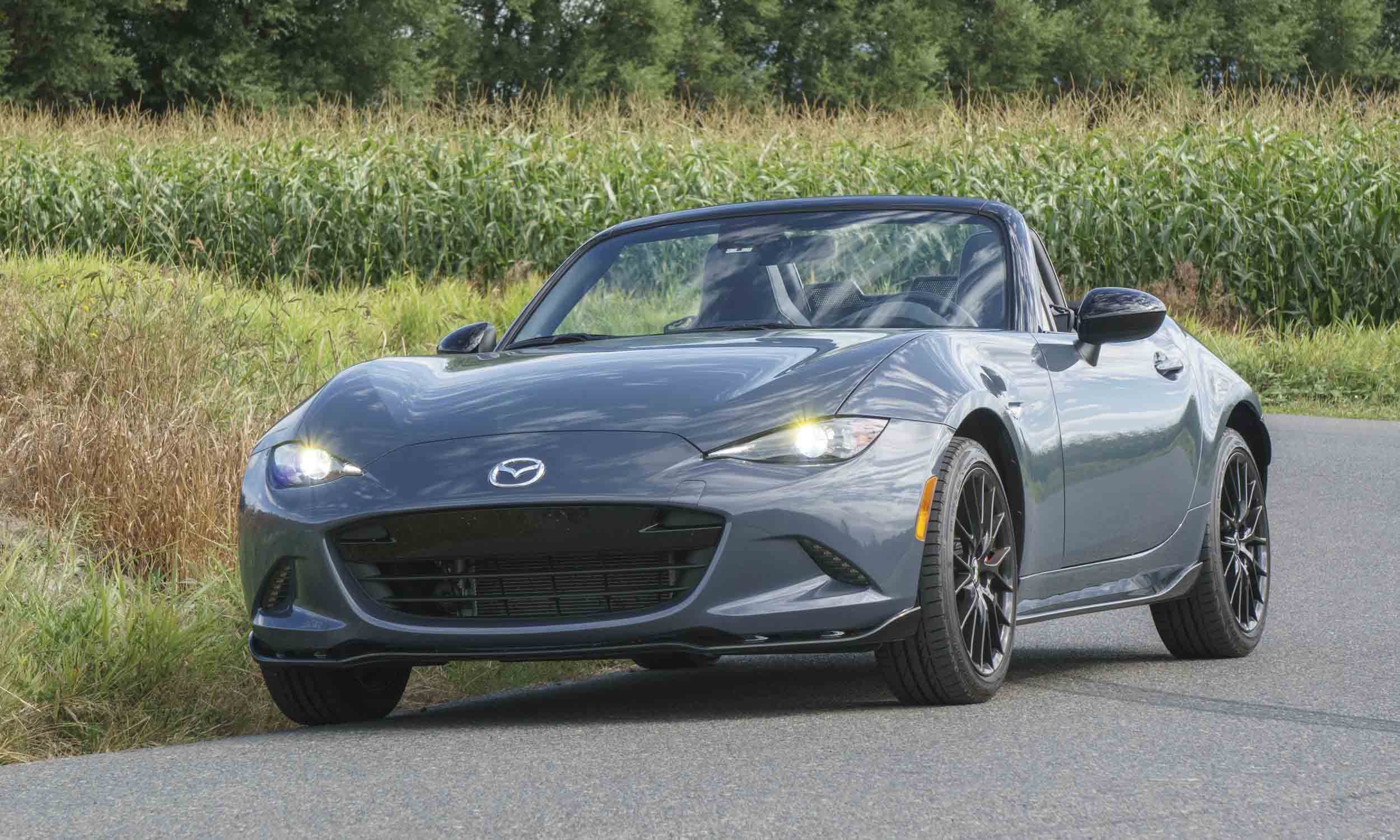 Fourth Generation
Mazda introduced the fourth generation MX-5 (the ND) in 2016, and from a styling perspective the car has not changed much since. Like the versions that came before it, the current MX-5 features a wide grille positioned low to the ground (although much larger). Headlights are seamlessly integrated at the edges of the body with lines flowing into the fenders. A sculpted hood angles downward, framing the large grille opening. 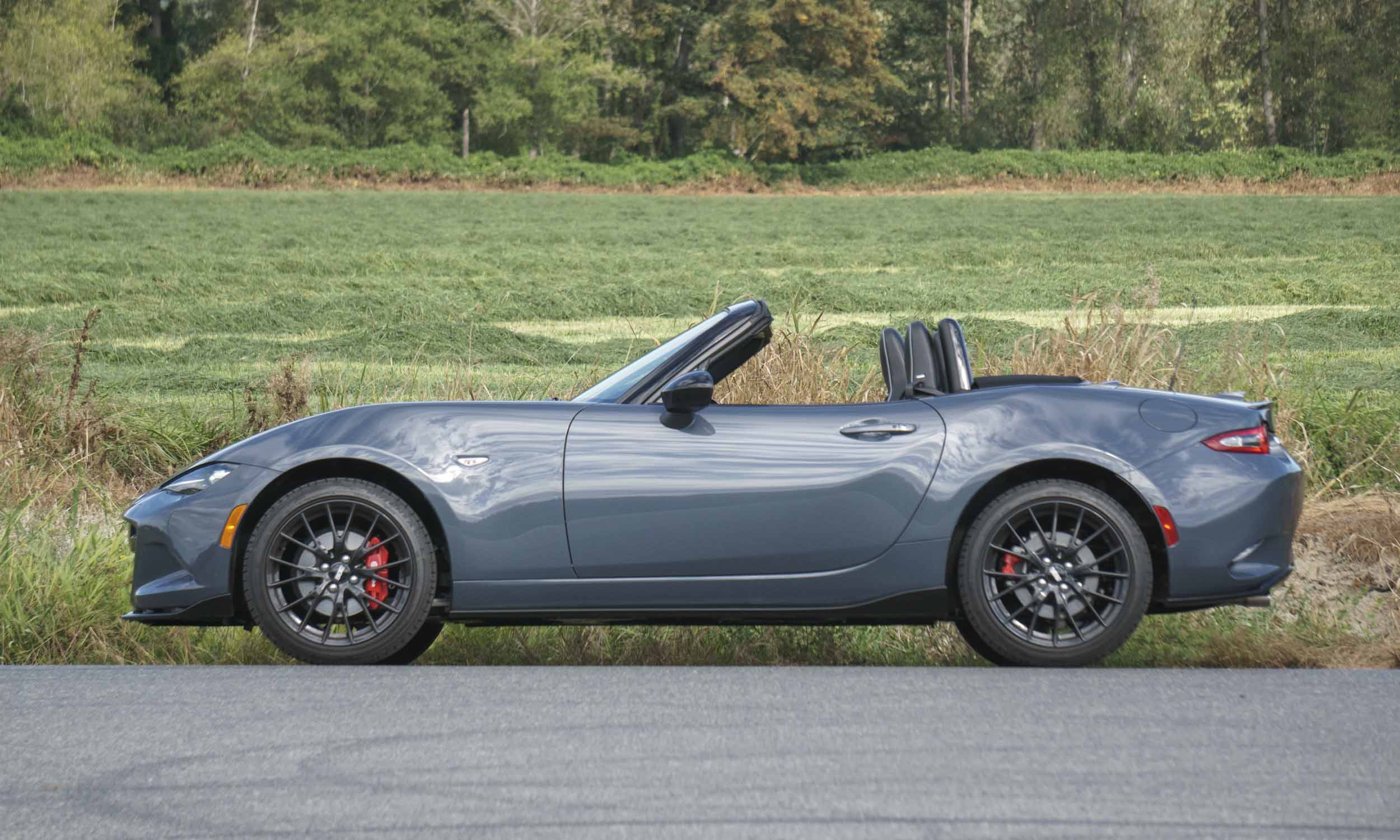 Classic Lines
The MX-5 has classic roadster looks thanks to a long hood and small cabin, as well as attractive curves that flow up and over each wheel. The MX-5 Miata Club we drove was fitted with 17-inch dark gunmetal forged alloy wheels which contrast well with the package’s red Brembo brake calipers. 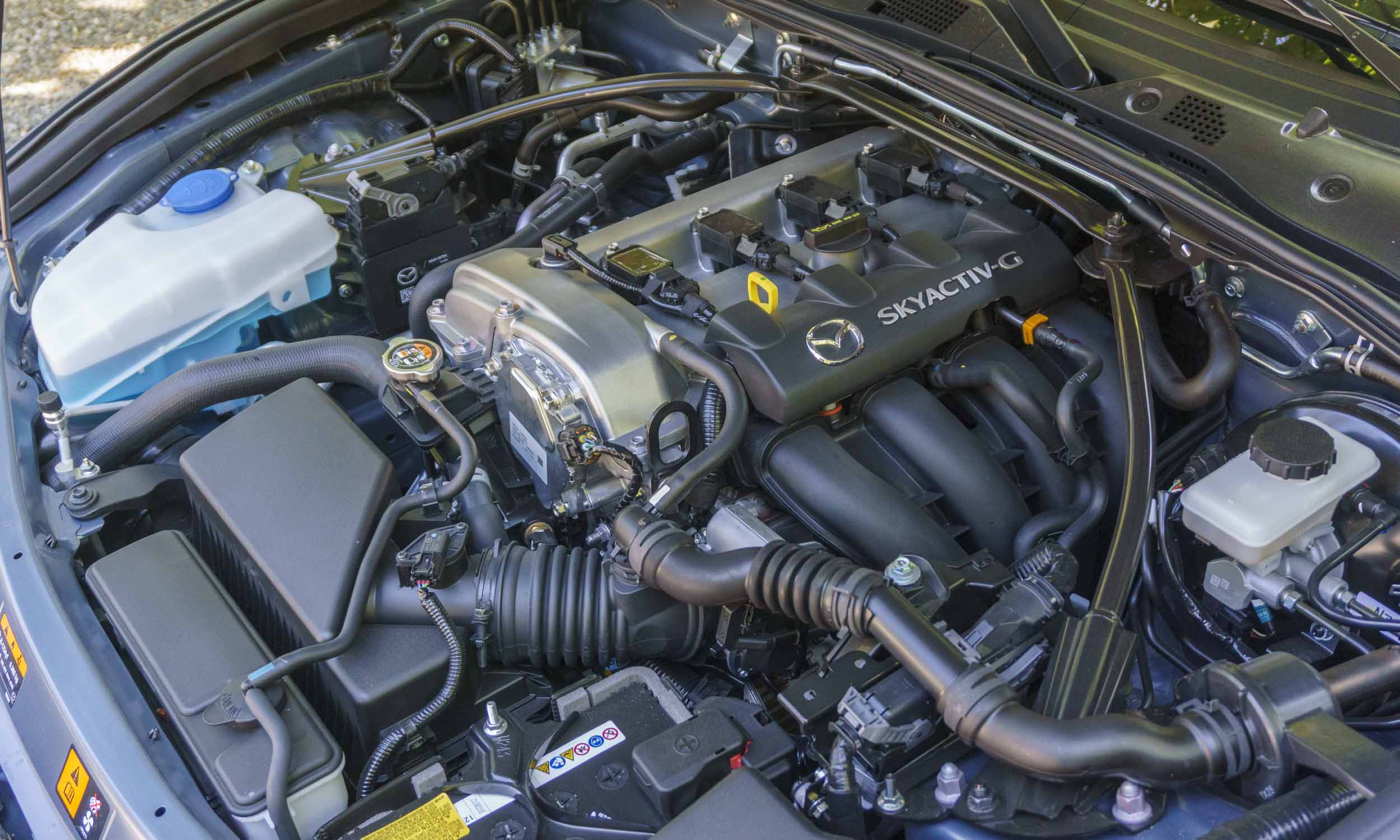 Under the Hood
A Skyactiv-G 2.0-liter 4-cylinder engine powers the 2022 Mazda MX-5 Miata, delivering 181 horsepower and 151 lb-ft of torque. The Miata Club has an exclusive 6-speed manual gearbox that sends power to the rear wheels. Acceleration to 60 mph is in the 5-second range — not supercar territory, but that isn’t its goal. Weighing in at less than 2,500 pounds, the Miata possesses plenty of power for a good time. 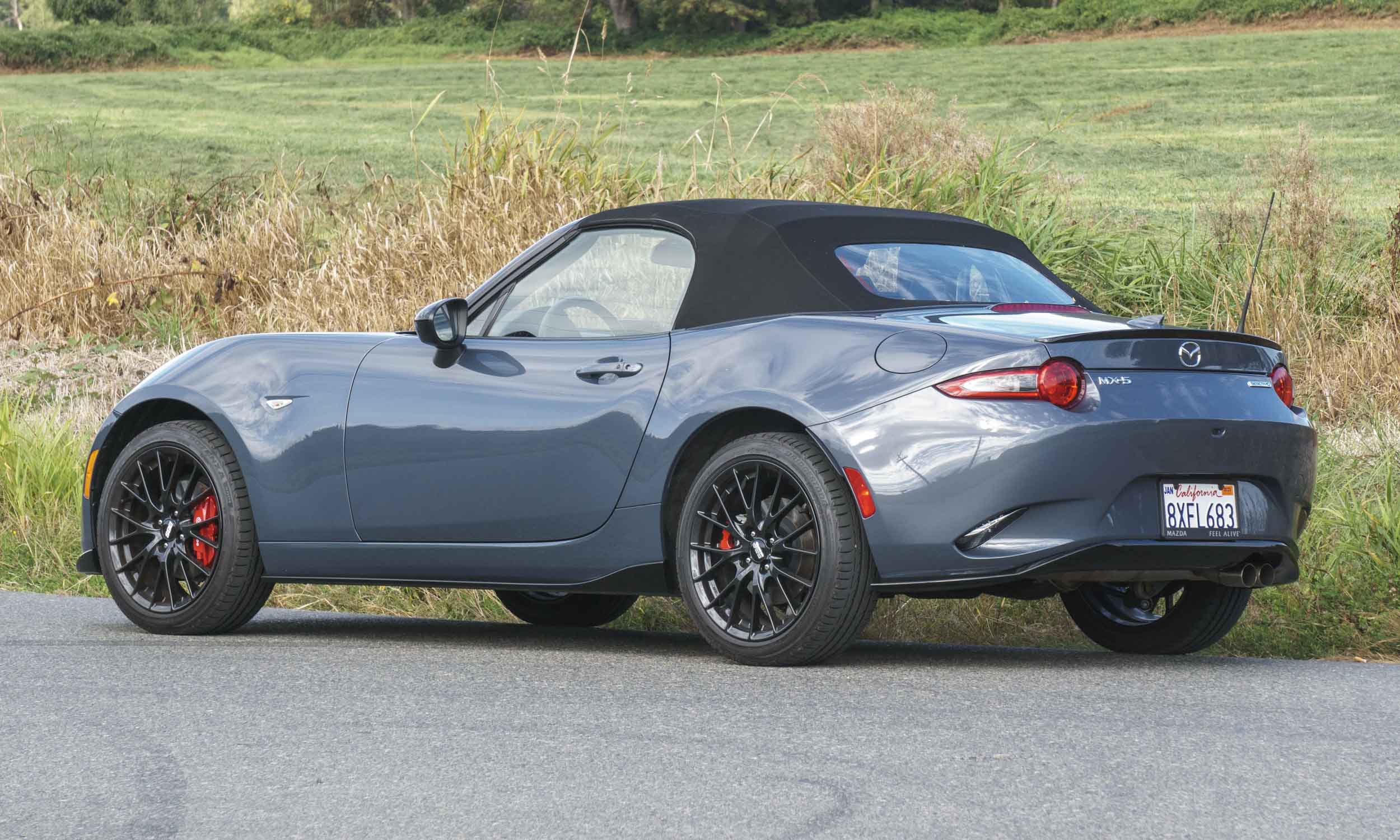 Fuel Efficient
An additional bonus to driving the Miata: this small roadster is fuel efficient. According to the U.S.EPA, the MX-5 is rated at 26 mpg city / 34 mpg hwy / 29 mpg combined. During our drive, which was enthusiastic at times, the trip computer displayed slightly above 30 mpg. 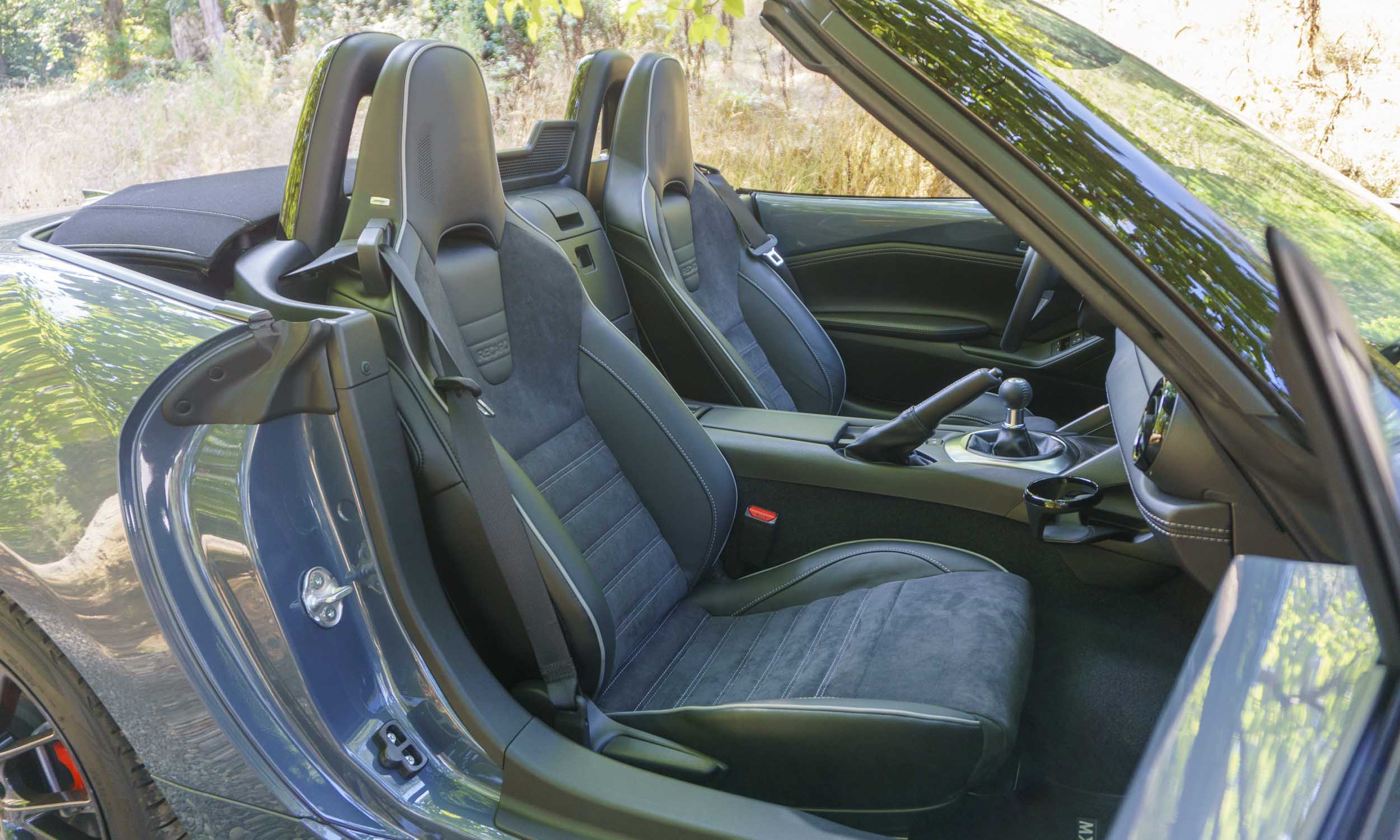 Inner Space
The Miata is not a large car, and the interior can be snug for individuals of significant stature. The test vehicle we drove arrived equipped with optional Recaro sport seats that are not only attractive but also offer admirable support for long drives. The gear shift and controls are placed properly within easy reach of the driver. 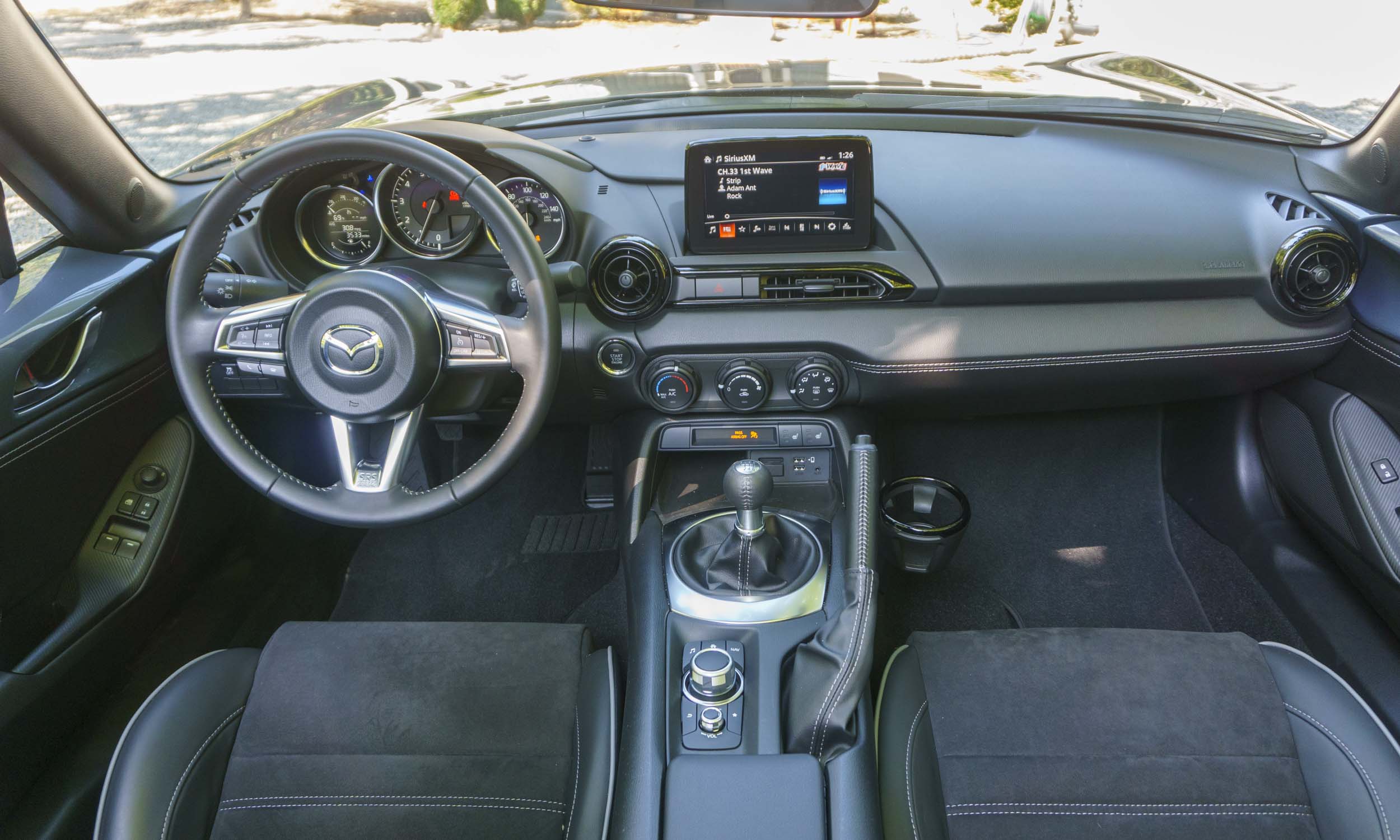 Light On Storage
Granted, the 2022 Mazda MX-5 Miata does not have much storage in the cabin. With no traditional glove box, the only space is a storage compartment between the two seatbacks as well as a small space below the armrest. Ahead of the gear shift sits a small cubby for a phone, placed conveniently next to USB ports. Two cupholders can be positioned either on the right side of the center console or between the two seatbacks — the latter is not terribly convenient to access while driving. 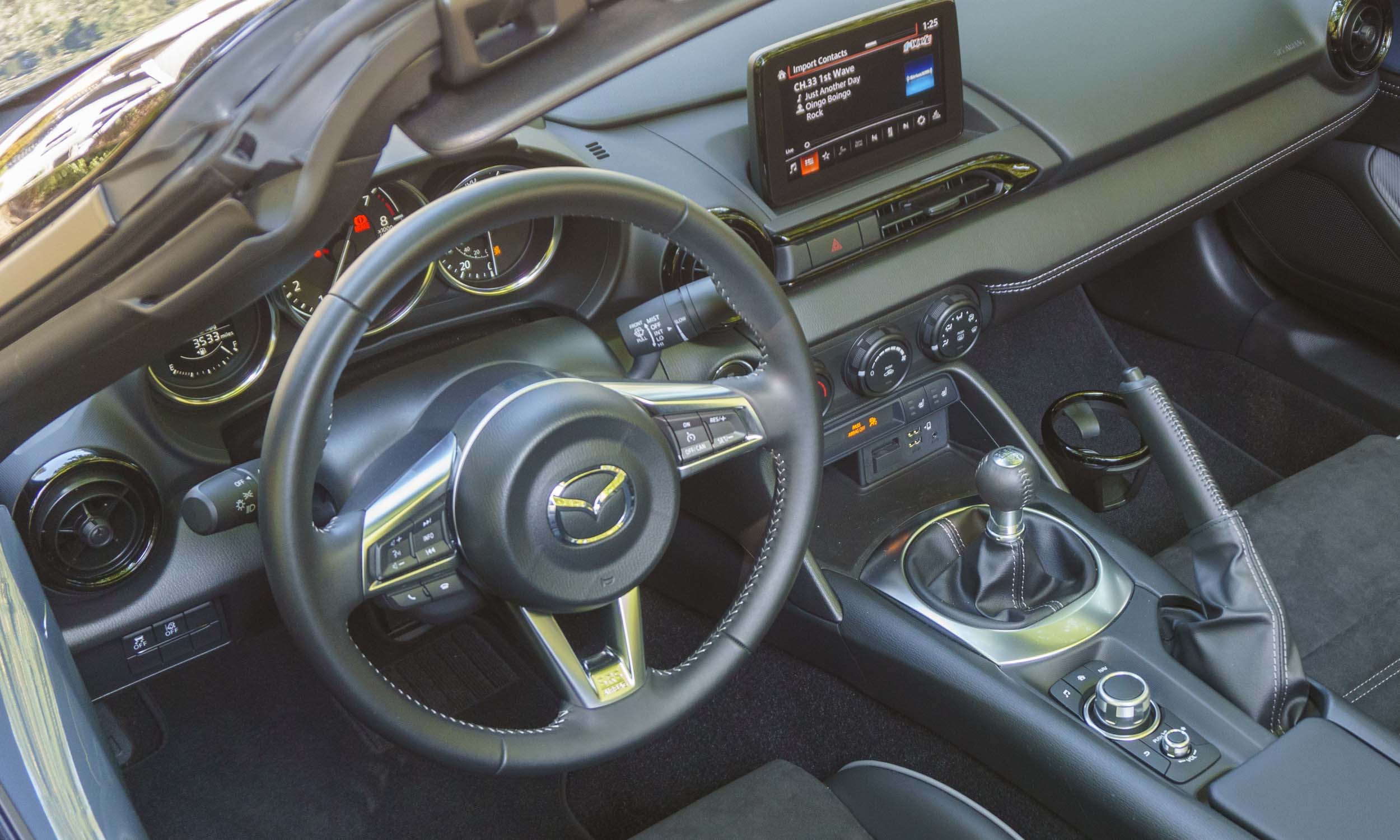 Interface
The interface for the infotainment system is perhaps our least favorite aspect of the 2022 Mazda MX-5 Miata. The display is not a touchscreen, so primary interactions take place via the dial and menu buttons in the center console. Using the controller to make onscreen selections is not very intuitive — especially when using Android Auto. The MX-5 Miata has no tuning knob — the controller is used for scanning available stations, and it’s also required to select from preset channels. 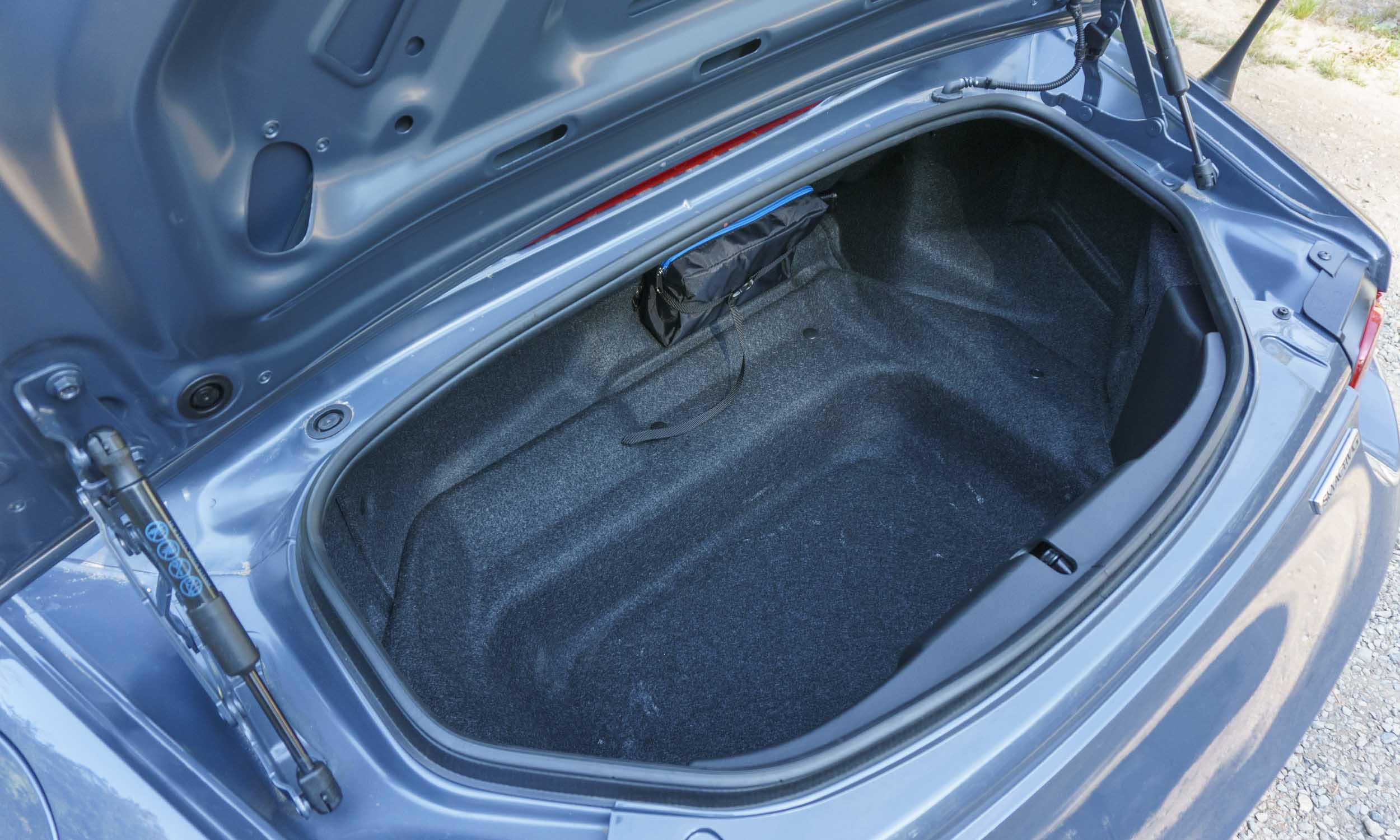 Trunk
Given the 2022 Mazda MX-5 Miata’s diminutive size, we were pleased with the amount of trunk space in the new rendition. The car is able to accommodate a carry-on suitcase and backpack with space to spare. 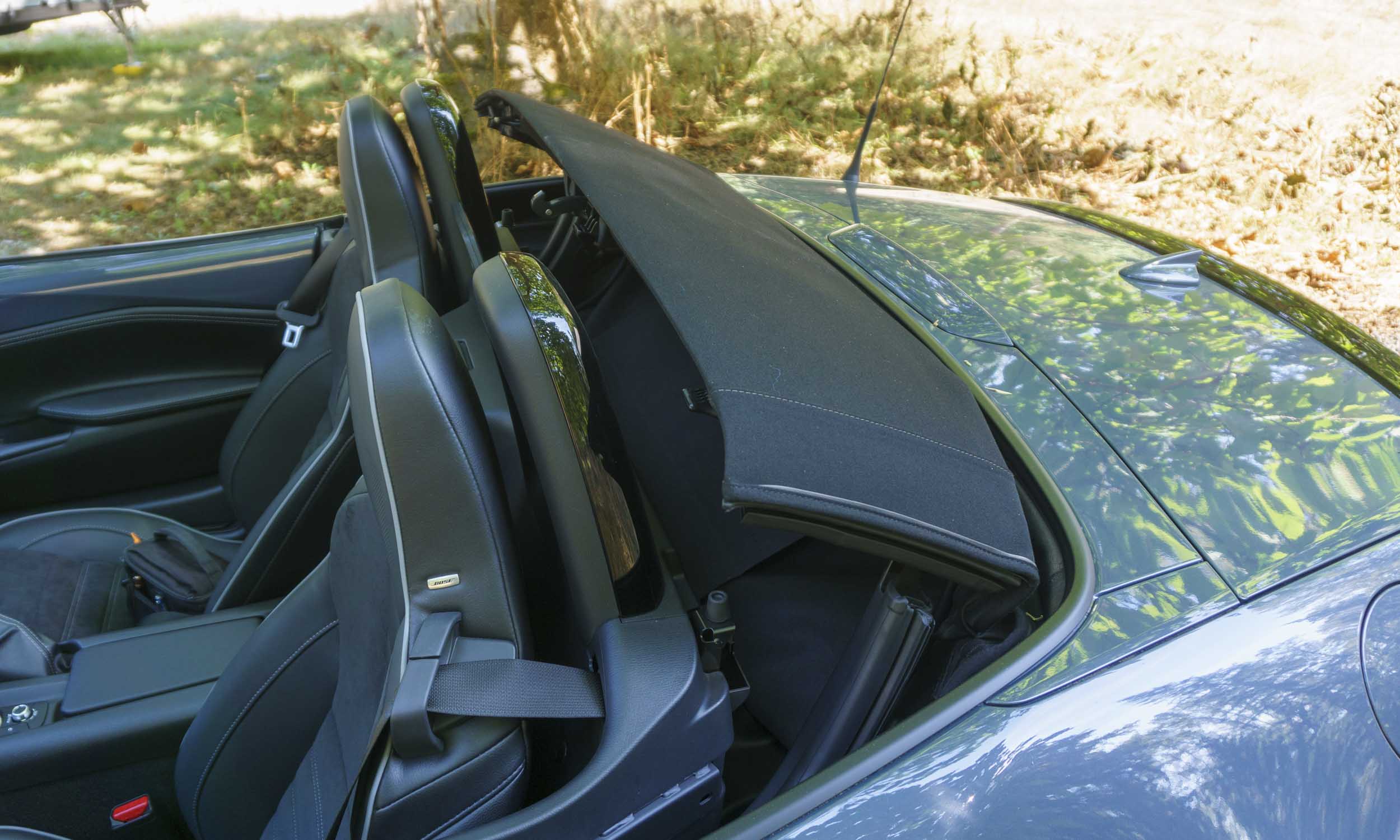 Quick Roof Operation
The 2022 Mazda MX-5 Miatas manually operated convertible roof is impressively easy to use. Simply pull open a single center latch at the top of the windshield and push the top overhead into the space behind the seats where it latches tight. To close the top, simply pull the release between the seats and it springs up to within easy reach. Pull the top back into place and close the center latch; the operation takes about 3 seconds. 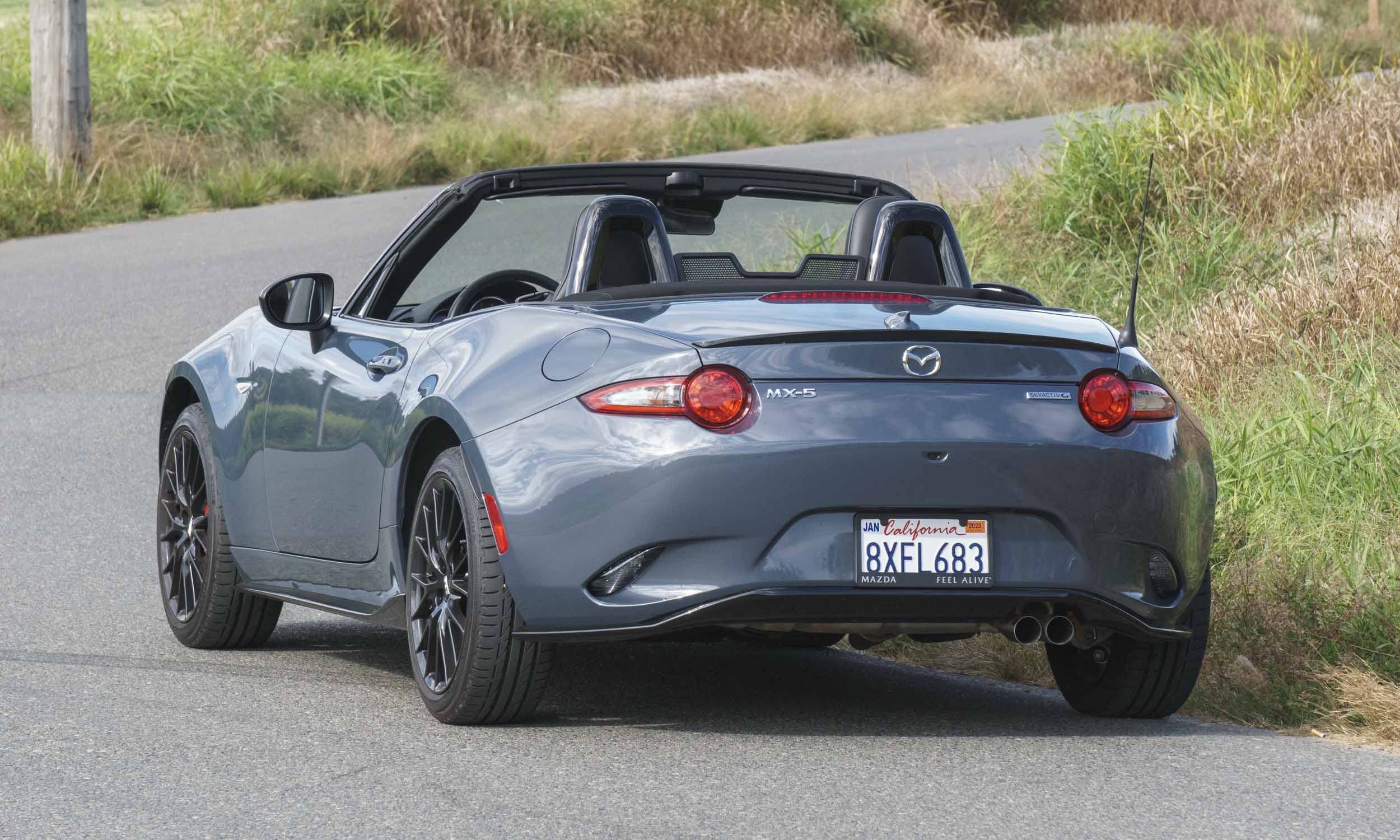 Jinba Ittai
Mazda adopts the term Jinba Ittai to describe the feeling of driving a Miata. Jinba Ittai is Japanese for the relationship between a horse and rider — an experience the car’s original designers and engineers sought to replicate. “When the car and driver are in perfect harmony,” said Takeo Kijima, a former program manager for the MX-5, “driving is fun.” This is perhaps the purest description of the 2022 Mazda Ms-5 Miata’s driving experience. 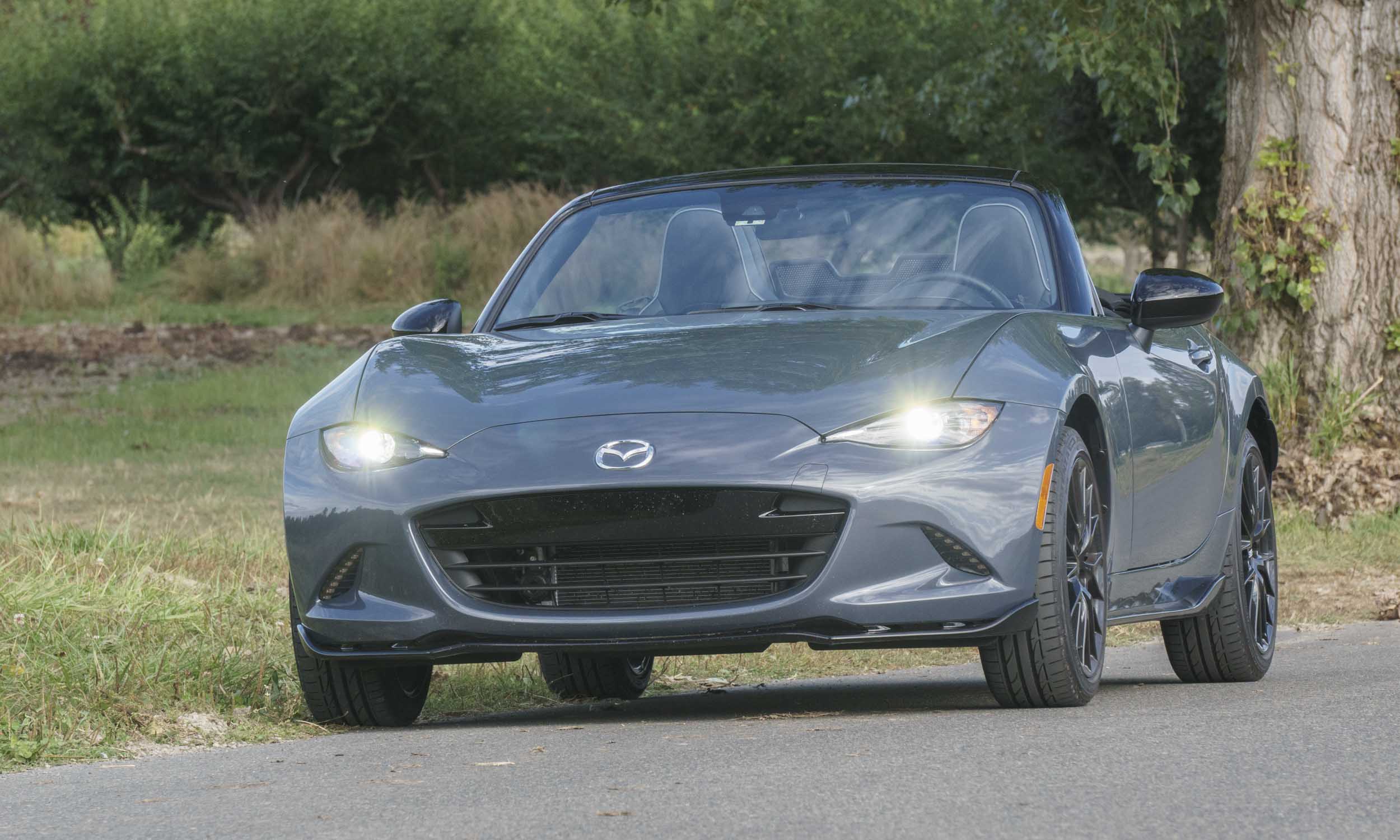 On the Road
It doesn’t take much time behind the wheel of the 2022 Mazda MX-5 Miata to dispense with any flaws of the infotainment system or cupholder placement. The Miata may not have the acceleration numbers of other high-performance vehicles, yet it simply feels quick — the combination of a sporty exhaust note, a low-slung driver position and the wind in the driver’s hair combine to create an enjoyable, satisfying driving experience. 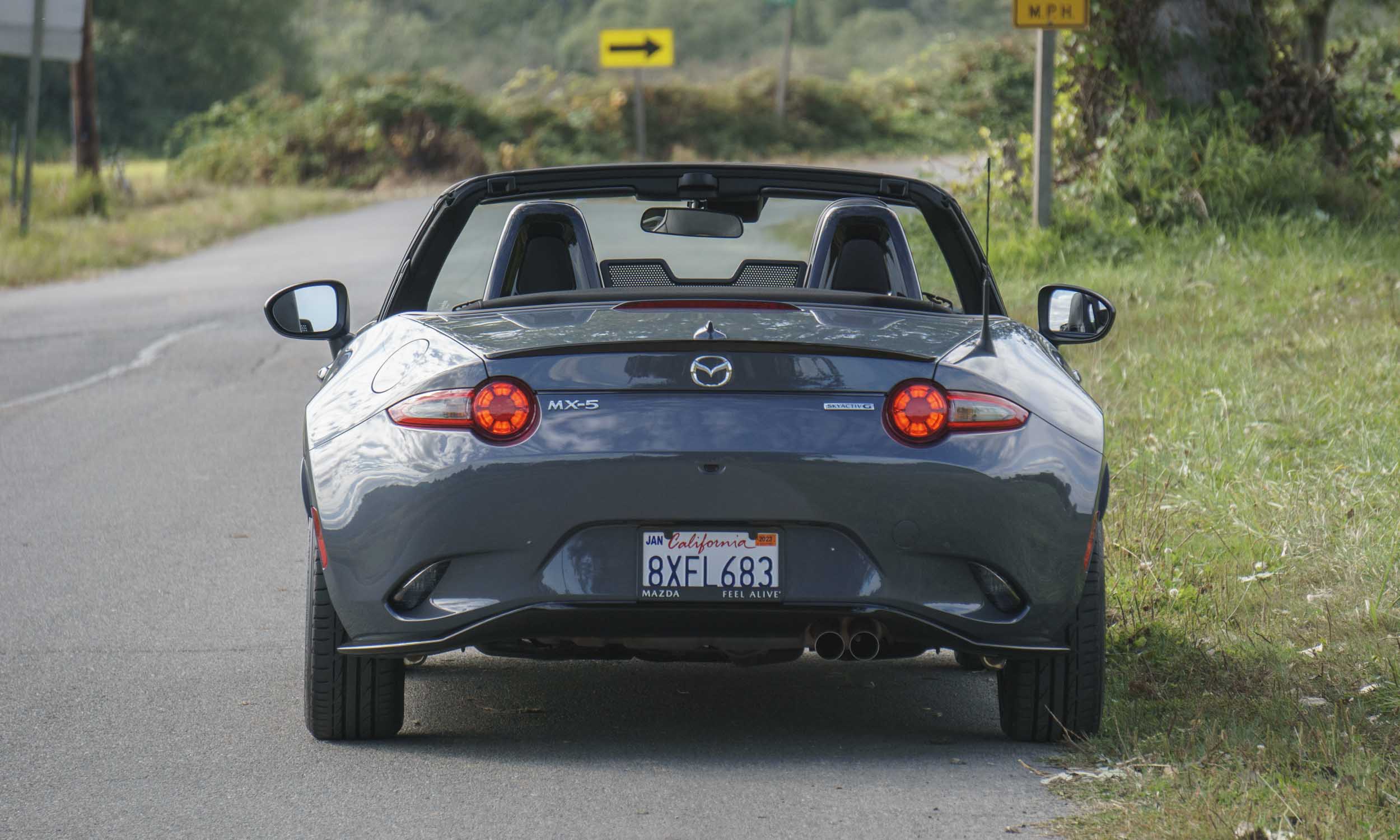 Alive in the Twisties
The 2022 Mazda Miata comes into its own on a winding back road. Steering is light and precise with excellent feedback, which makes cornering both predictable and fun. This car goes exactly where you aim it. The 6-speed manual transmission is extremely smooth — shifting gears is akin to flipping a switch. Given the choice between driving a Miata or a 600-horsepower exotic on a winding back road, we’ll take the Miata every time. The car possesses enough power to have fun, yet not enough to get a driver into trouble, which makes for an enjoyable, stress-free driving experience. 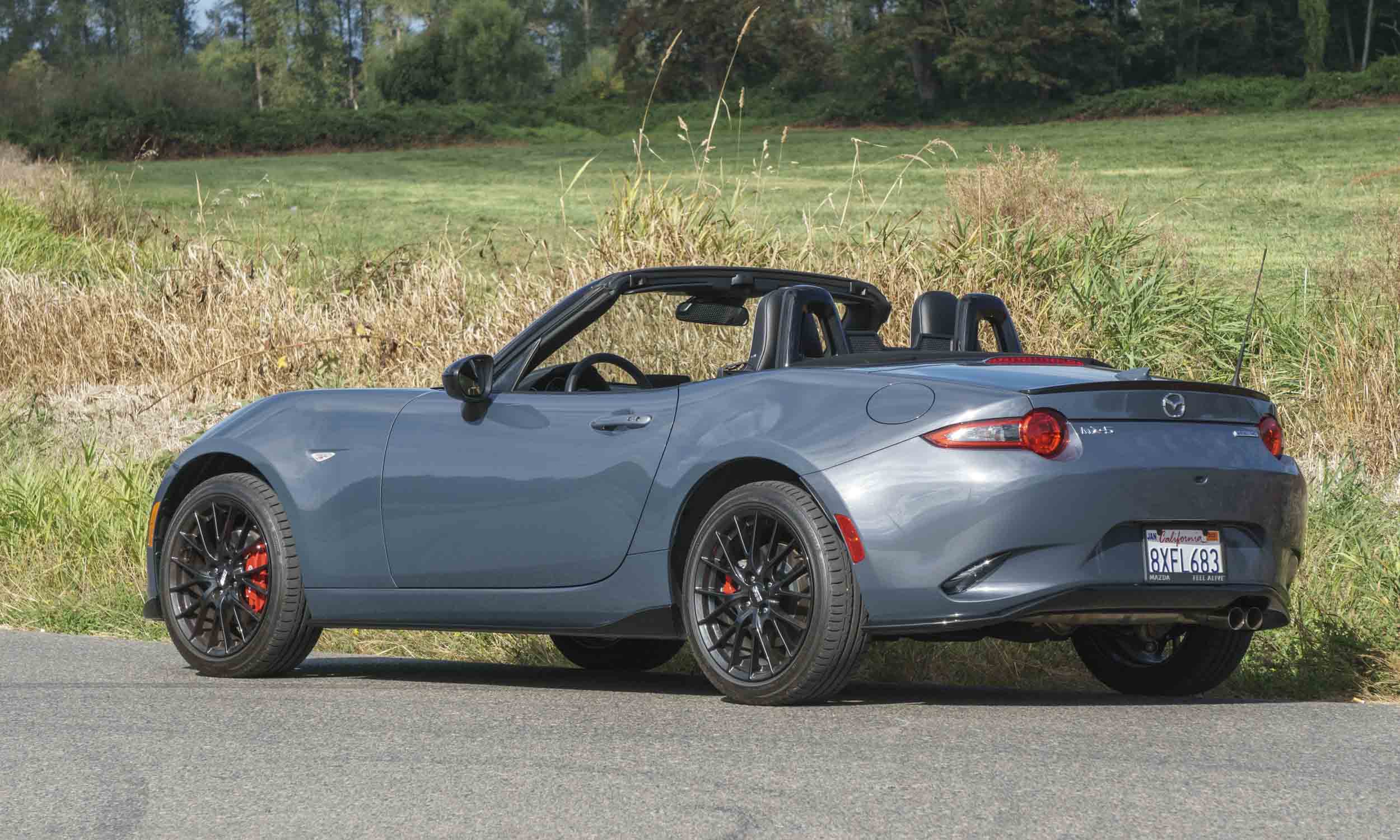 Nice Cruiser
As fun as the Miata is on winding back roads, it’s still a comfortable cruiser. With the top down and the windows up air turbulence is kept to a minimum, making it possible to easily hear the audio system or have a conversation. The stiff ride gives away the fact that the 2022 Mazda MX-5 Miata is ultra-responsive, but not so much that it’s uncomfortable. 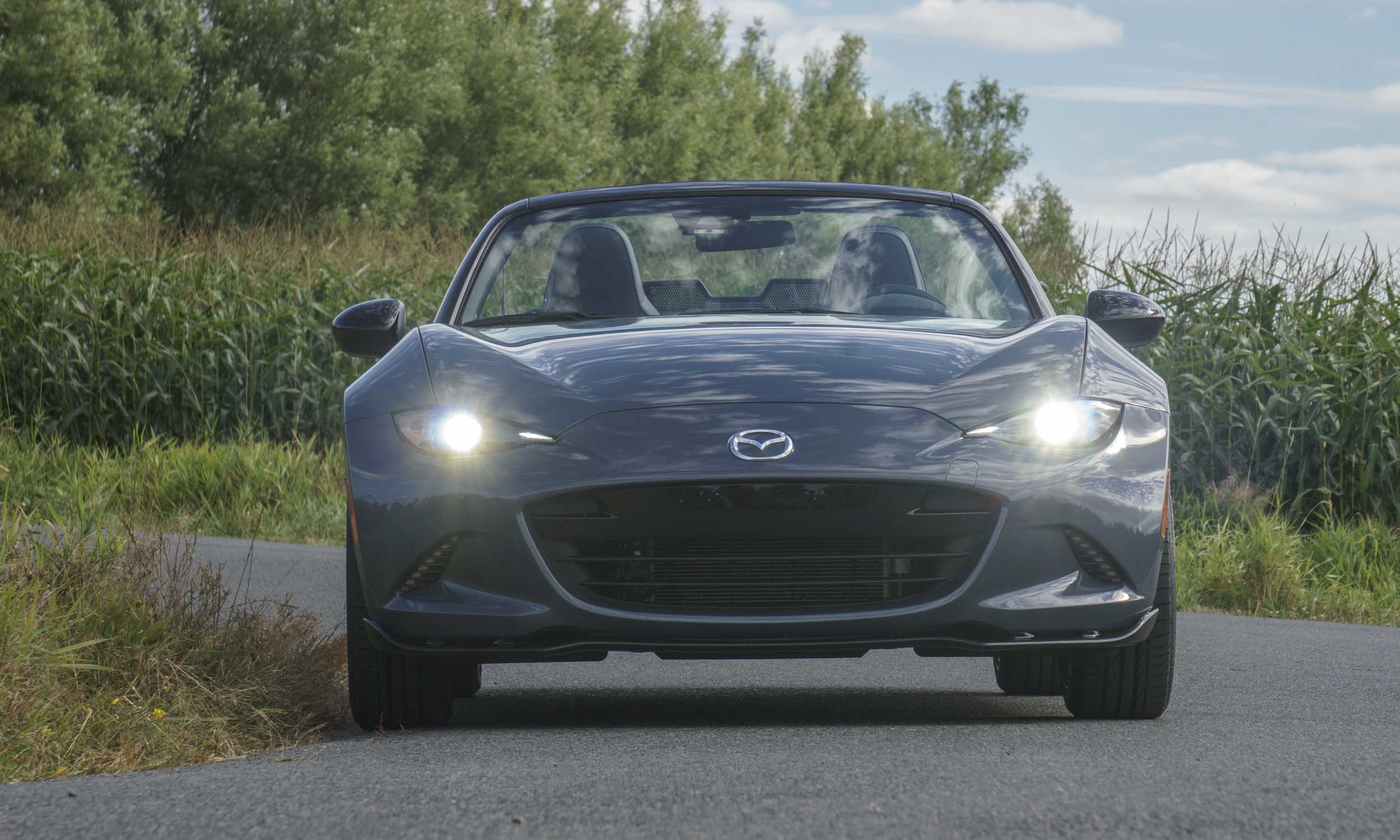 Rating: 9.0
There are few cars on the road like the Miata, and most cost considerably more. Although the car possesses a few small annoyances, and this convertible does not offer much in terms of utility, these deficits can be easily overlooked after a few minutes behind the wheel. Thanks to its comfortable interior, classic roadster styling and all the characteristics of a proper sports car, the 2022 Mazda MX-5 Miata continues to stay true to its origins, keeping the relationship between horse and rider real and alive. 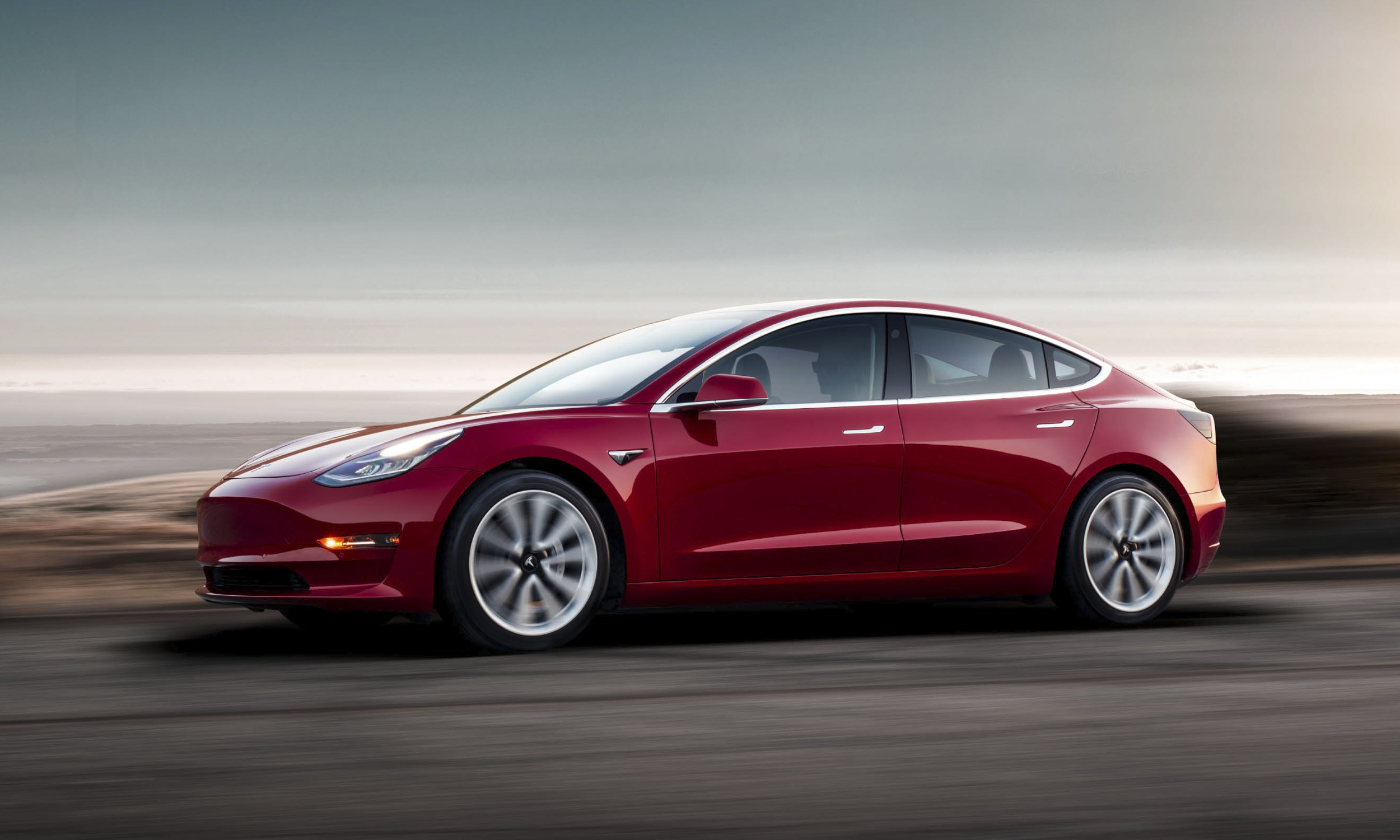 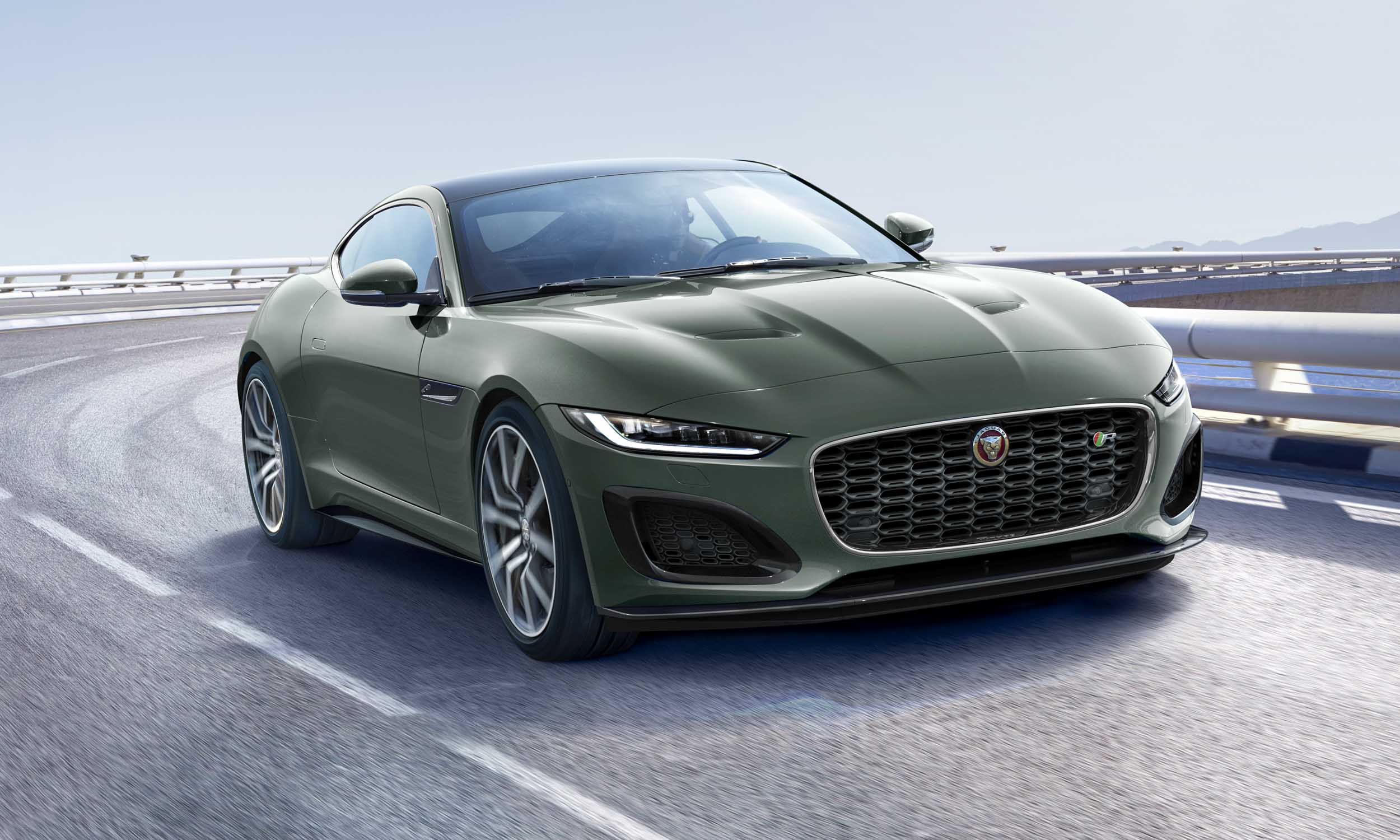