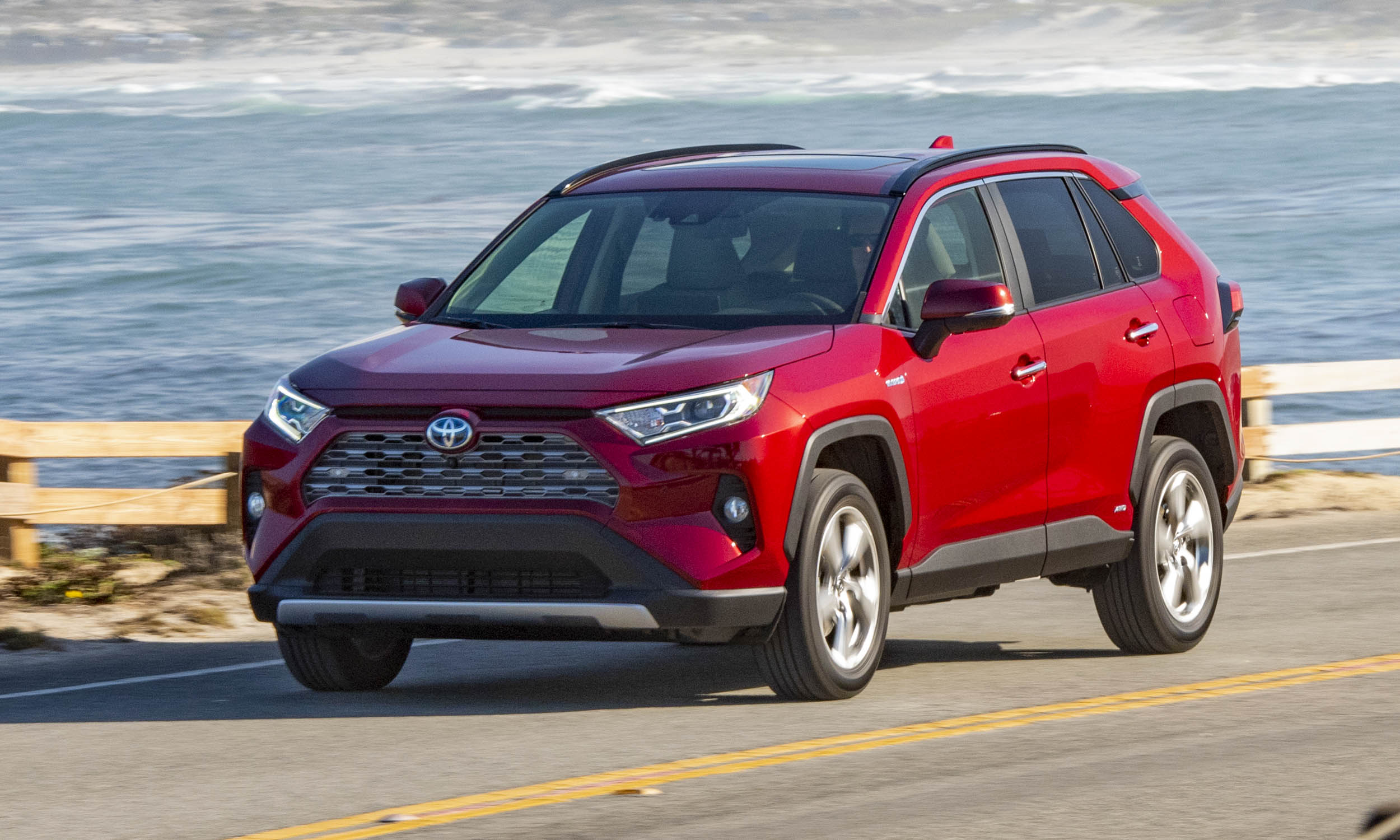 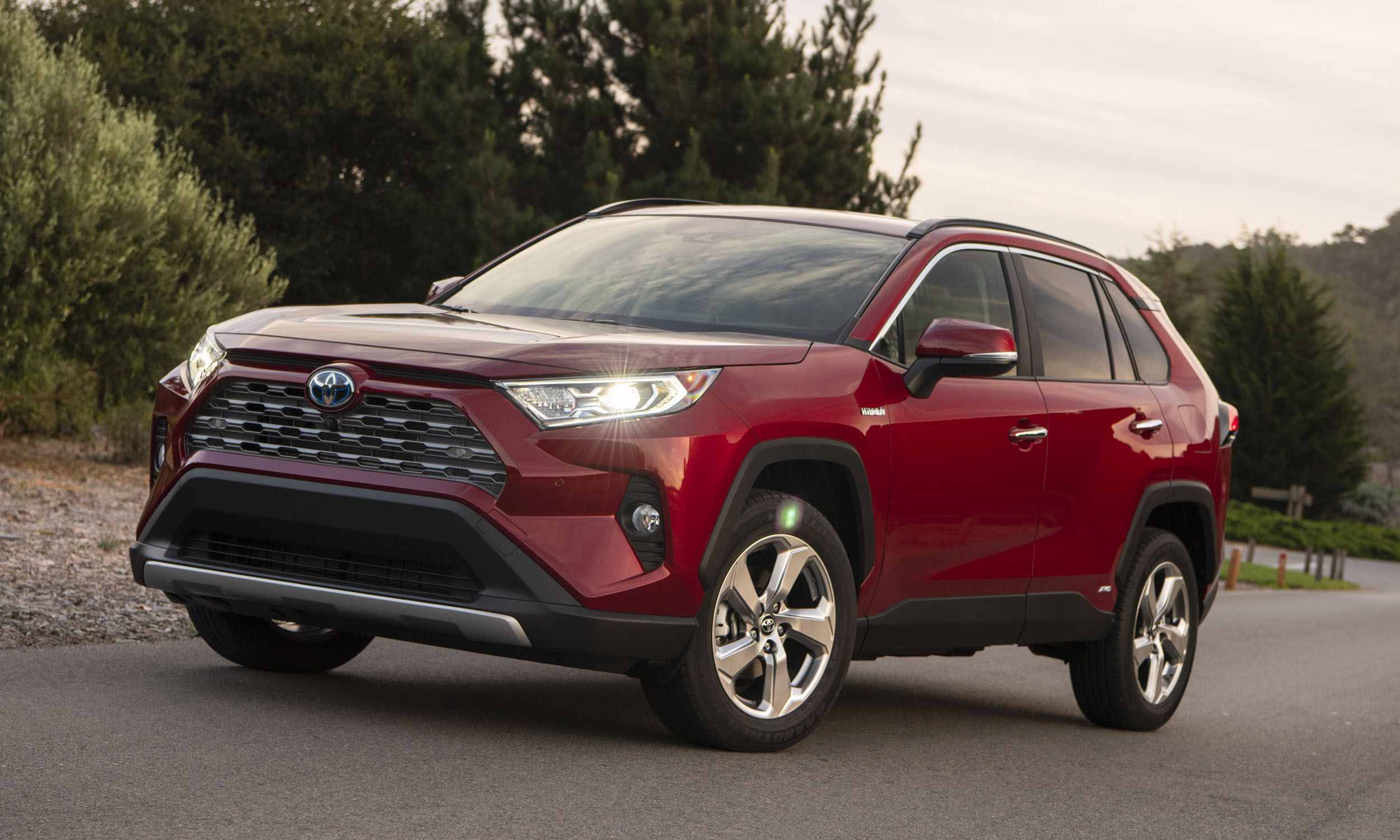 2021 Toyota RAV4 Hybrid
One of the original compact crossovers on the American market, the RAV4 received a redesign for the 2019 model year — one that includes bold styling updates, improved capability, better performance and an array of new safety and convenience features. The RAV4 now includes automatic emergency braking with pedestrian detection and lane departure alert as standard equipment. 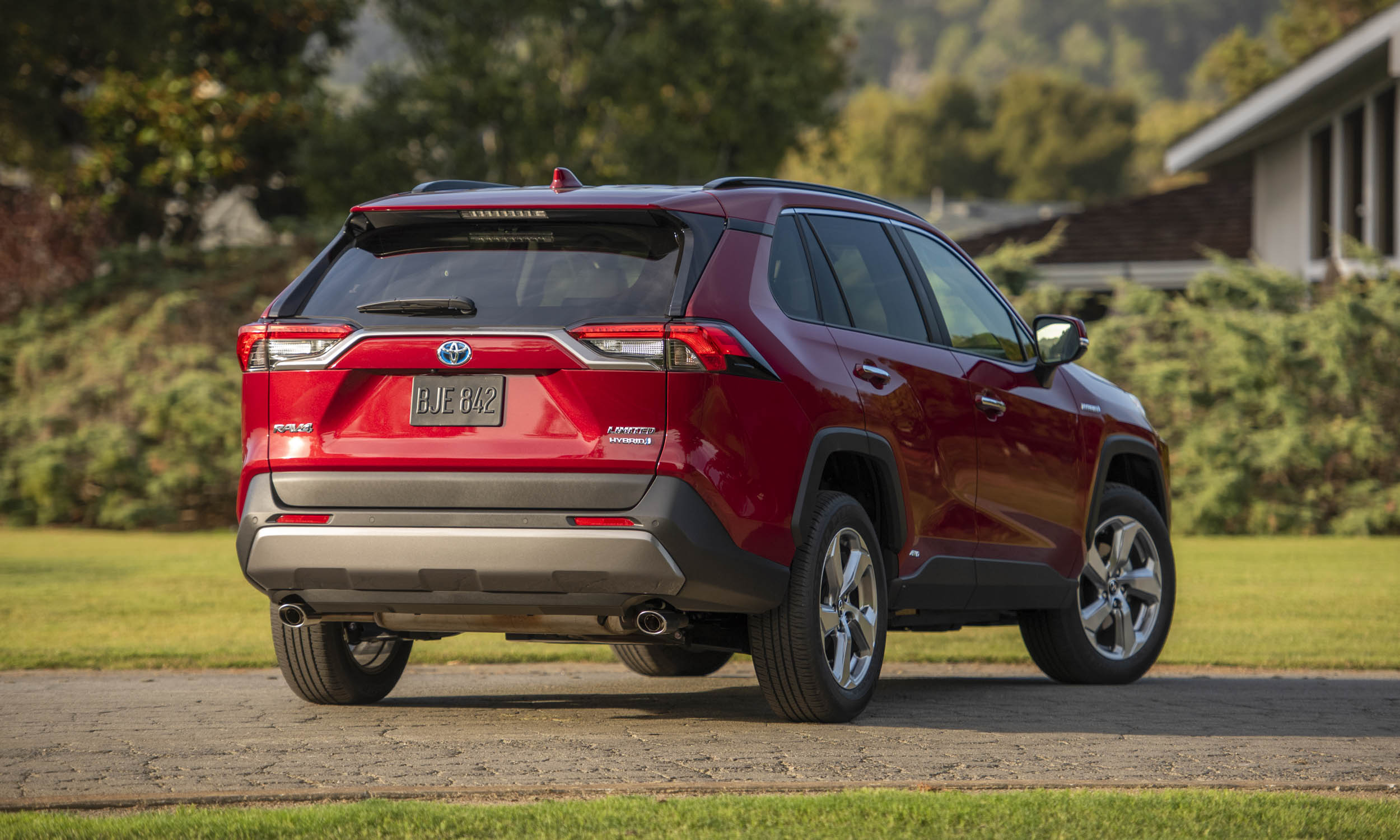 2021 Toyota RAV4 Hybrid Limited
Toyota recently provided a 2021 RAV4 Hybrid Limited for test-drive duties. As the top trim level of the RAV4 Hybrid line, the 2021 Limited has a starting MSRP of $37,430. Our tester also included the Limited Grade Winter Package, Limited Grade Advanced Technology Package, adaptive headlights, a panoramic roof and other options for a price as tested of $42,462 including a delivery, processing and handling fee of $1,175. 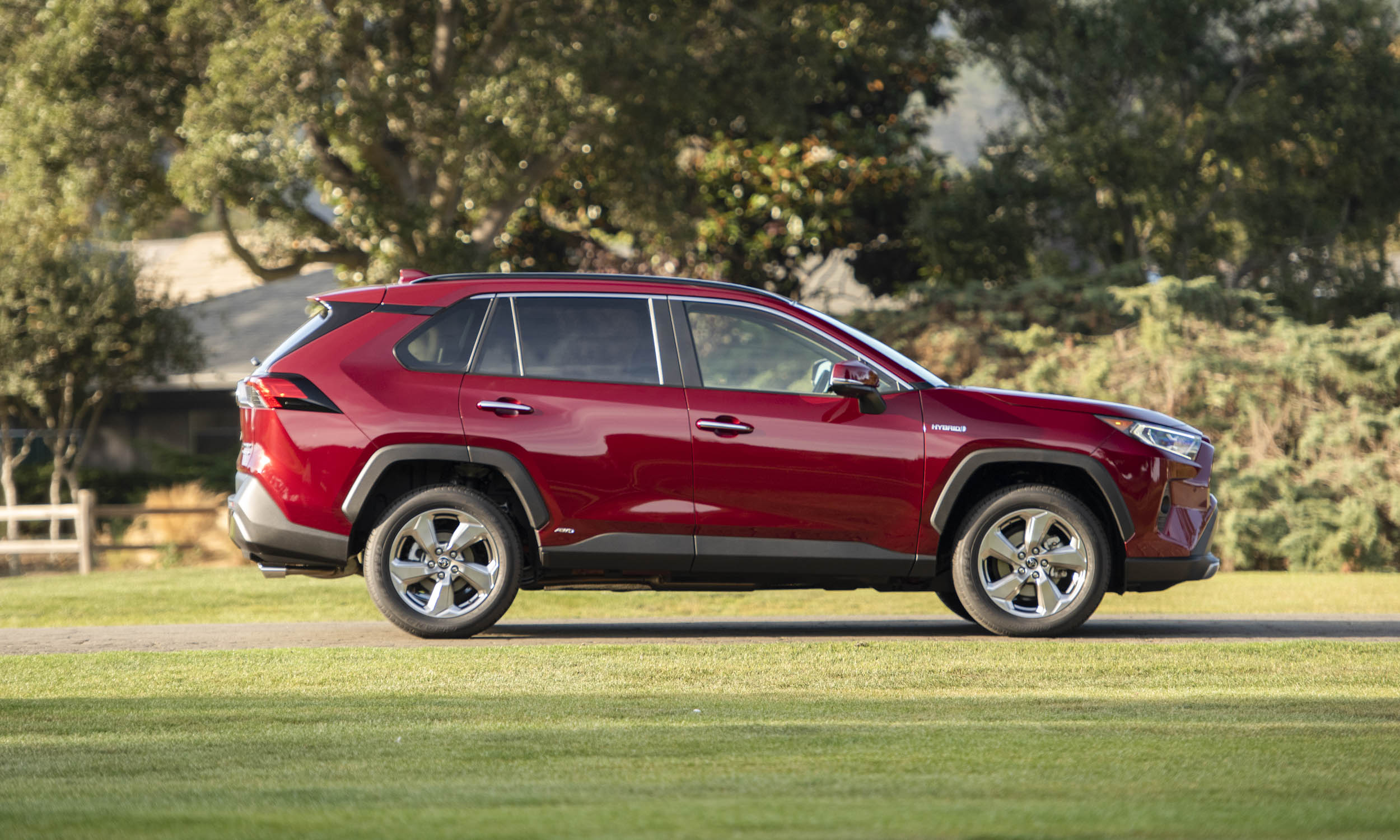 Design
Even though the RAV4 was already the best-selling SUV at the time, a few years ago Toyota redesigned the line for the 2019 model year in the face of increased competition from other brands. Designers gave the new model much bolder styling including a prominent grille and aggressive lower fascia. That design continues today, with the RAV4 Hybrid featuring a sporty front fascia, a unique grille design, a lower spoiler and available vertical LED accent lights. 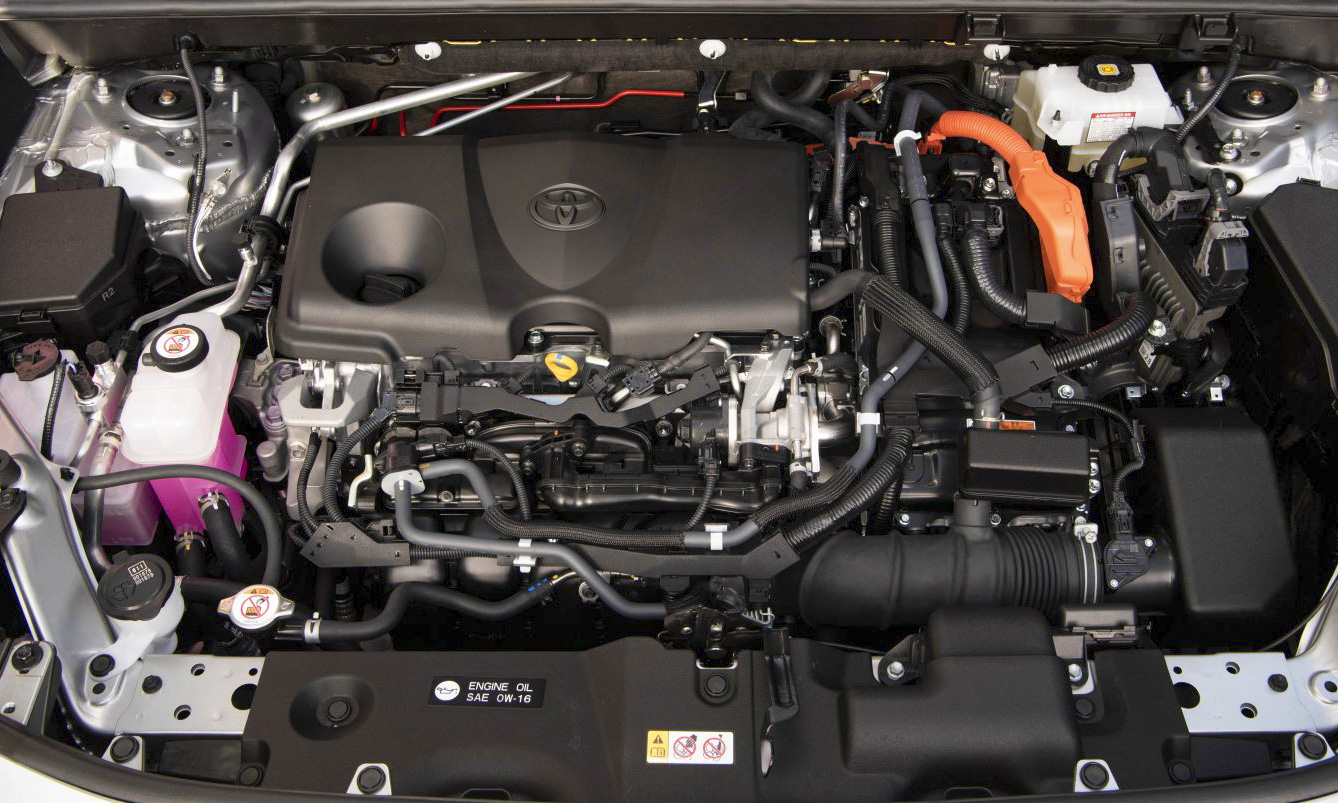 Under the Hood
The RAV4 Hybrid is powered by the Toyota Hybrid System II, which works in sync with a 2.5-liter 4-cylinder engine to make the Hybrid variants performance and efficiency leaders over their gasoline counterparts, delivering EPA-estimated fuel economy ratings of 41 mpg city / 38 mpg highway / 40 mpg combined. (Only the RAV4 Prime plug-in hybrid is more powerful and efficient.) The hybrid system adds two electric motors: one at the front combined with the 2.5-liter engine and electronically controlled continuously variable transmission, and a second at the rear to provide all-wheel-drive capability. Total combined system output is 219 horsepower. 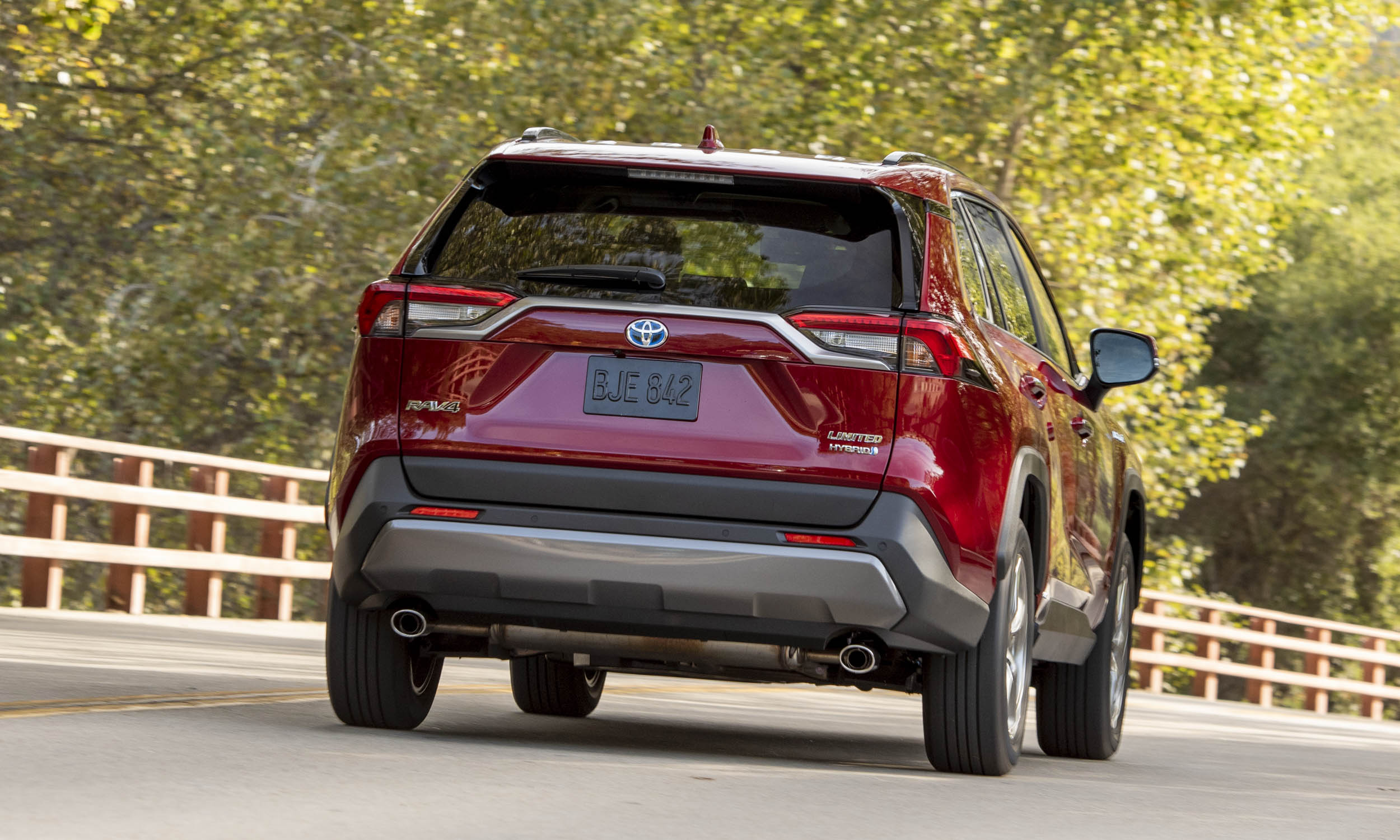 RAV4 Hybrid AWD
Thanks to the addition of a rear electric motor, all RAV4 Hybrids have AWD, and the current RAV4 Hybrid rear motor provides 30 percent more torque than the previous-generation RAV4 Hybrid. The additional torque aids in eliminating front wheelspin when accelerating in slick conditions, as well as reducing understeer during spirited driving. The increased power to the rear wheels also aids off-road capability. 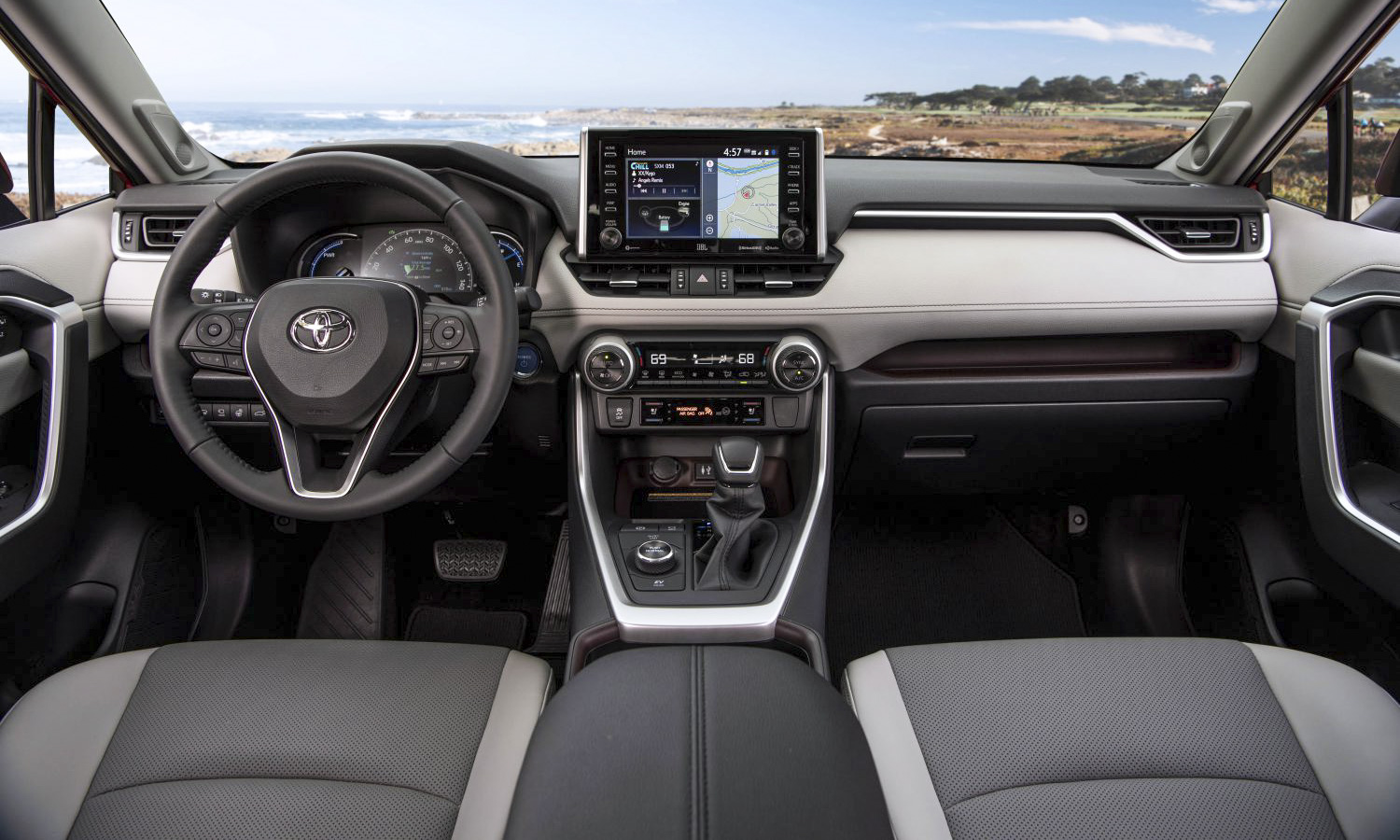 Inner Space
While the design of the current RAV4 possesses a bolder exterior appearance, inside the RAV4 Hybrid feels more upscale, especially in the top-line Limited trim. Physical buttons on either side of the center display screen control audio, navigation and communication functions. Knobs for volume and tuning are rubberized for a more tactile experience. Climate control functions are housed in a separate panel above the center console and also include rubberized knobs for temperature selection. 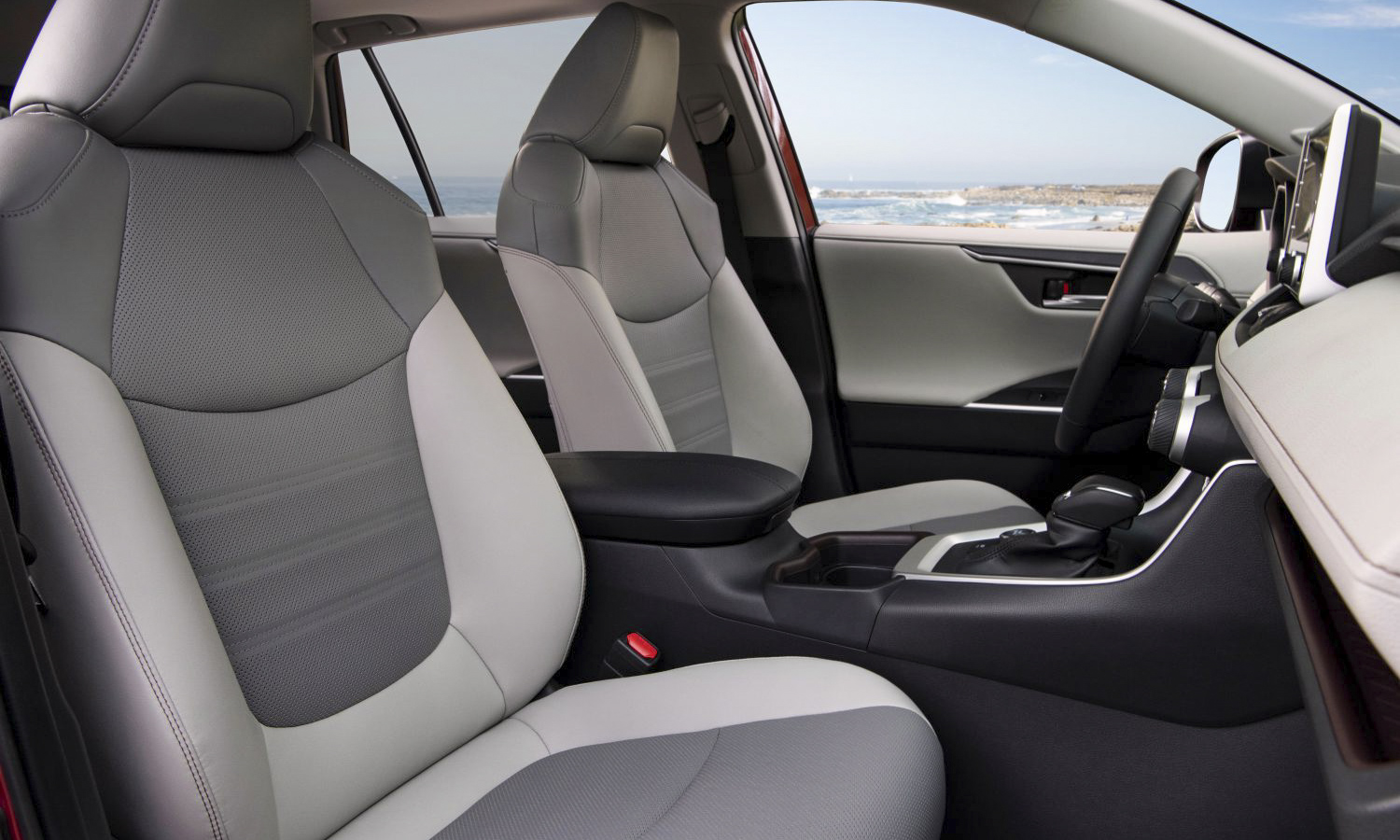 SofTex-Trimmed Seats
We had the opportunity to test the RAV4 Hybrid Limited with SofTex-trimmed seats and the Weather Package, which includes a heated leather-trimmed steering wheel, heated and ventilated front seats and heated outboard rear seats. The current generation RAV4 offers decent legroom and headroom for rear seat passengers as well. 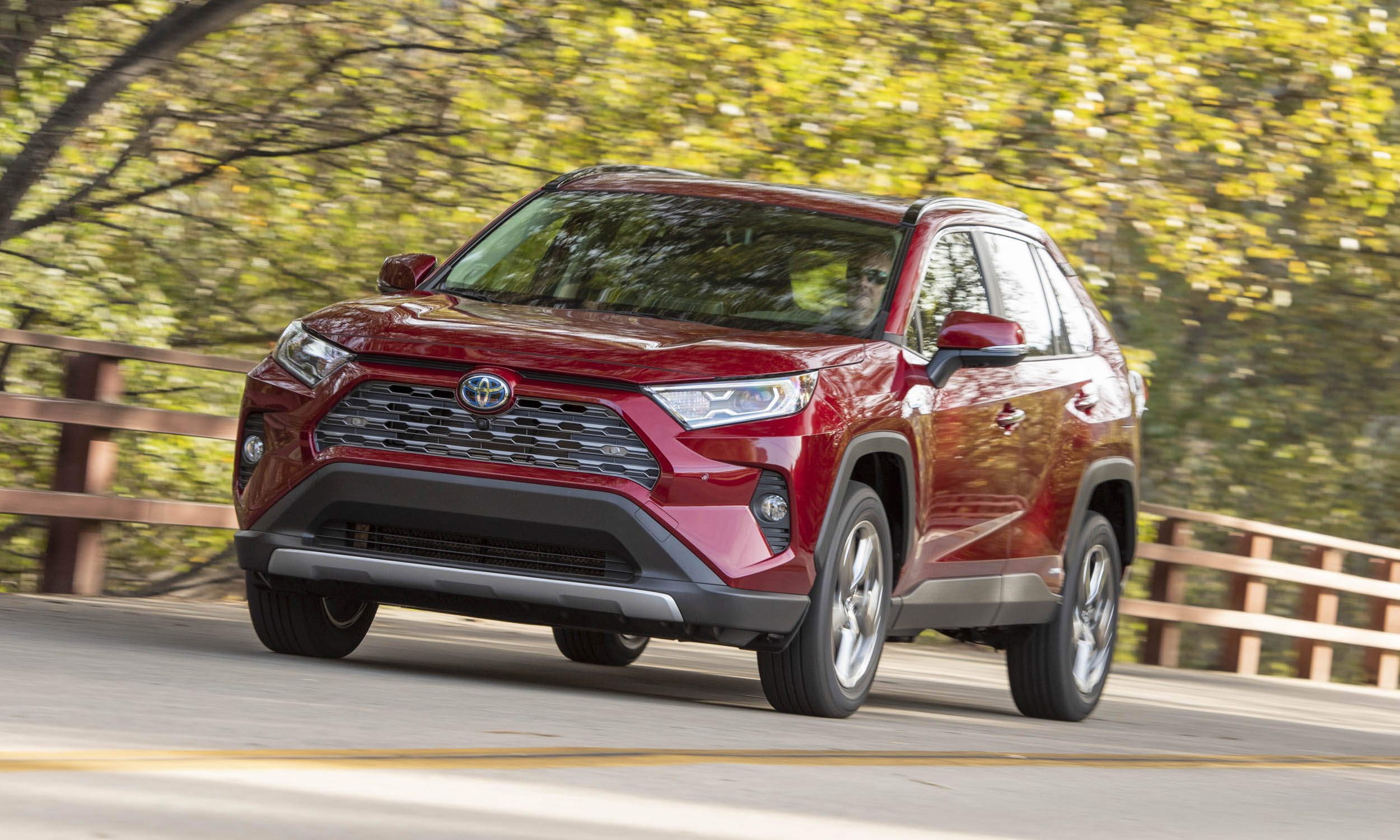 On the Road
The Toyota RAV4 line has been the top-selling non-truck model for the past five years. Why? To sum it up, the RAV4 is the right-size vehicle for many buyers, and in its different configurations it offers a wide spectrum of trim levels as well as the fuel-efficient RAV4 Hybrid. The RAV4 Hybrid drives comfortably with precise steering and reasonable handling. Although it is not particularly sporty, the RAV4 Hybrid offers the ride and handling expected by most buyers in this category. 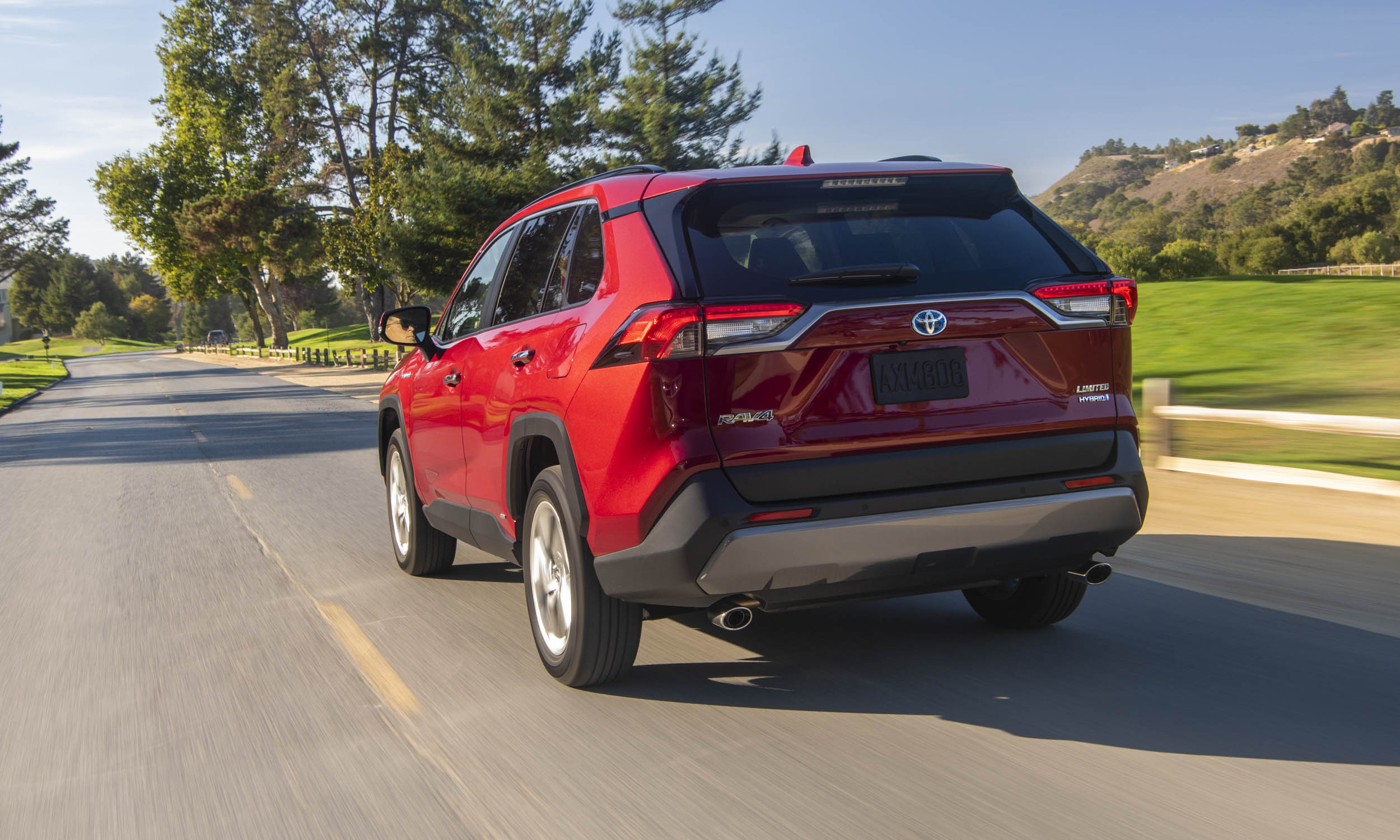 CVT Efficiency
The latest Toyota hybrid system in the RAV4 Hybrid provides plenty of power for everyday driving and it’s reasonably quick. We still prefer a more traditional step-gear transmission over a CVT for more even engine response, but the RAV4 Hybrid’s CVT is only noticeable under hard acceleration, and that is definitely made up for by the Hybrid’s increased fuel efficiency. Most drivers in the compact SUV category seeking a hybrid likely won’t notice any difference. 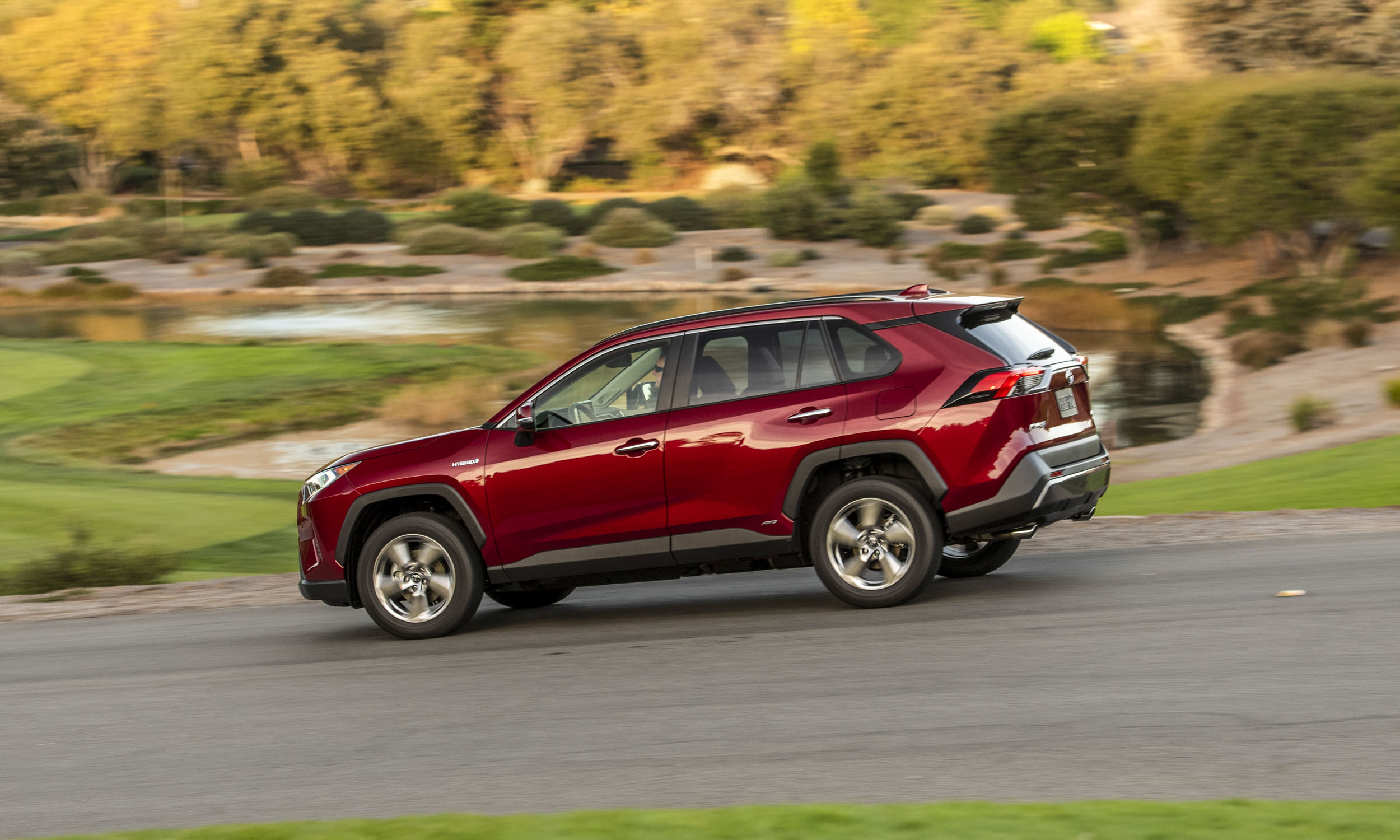 Regen Braking, Fuel Economy
The regenerative brakes of the 2021 Toyota RAV4 Hybrid work well to keep the battery charged while still providing positive brake response. When regenerative brakes first appeared in passenger cars the systems were not all that sophisticated in terms of feedback and consistency, but the latest-gen RAV4 Hybrid brakes are easy to modulate for smooth slowing and stopping. While driving the many hills of the Seattle area where we test cars, we often discover that hybrid vehicle fuel economy drops below EPA estimates, which occurred while driving the RAV4 Hybrid. On our daily drives the trip computer displayed around 37 mpg, coming in slightly below the EPA combined number of 40 mpg, but still impressive for an all-wheel-drive crossover with 200-plus horsepower. 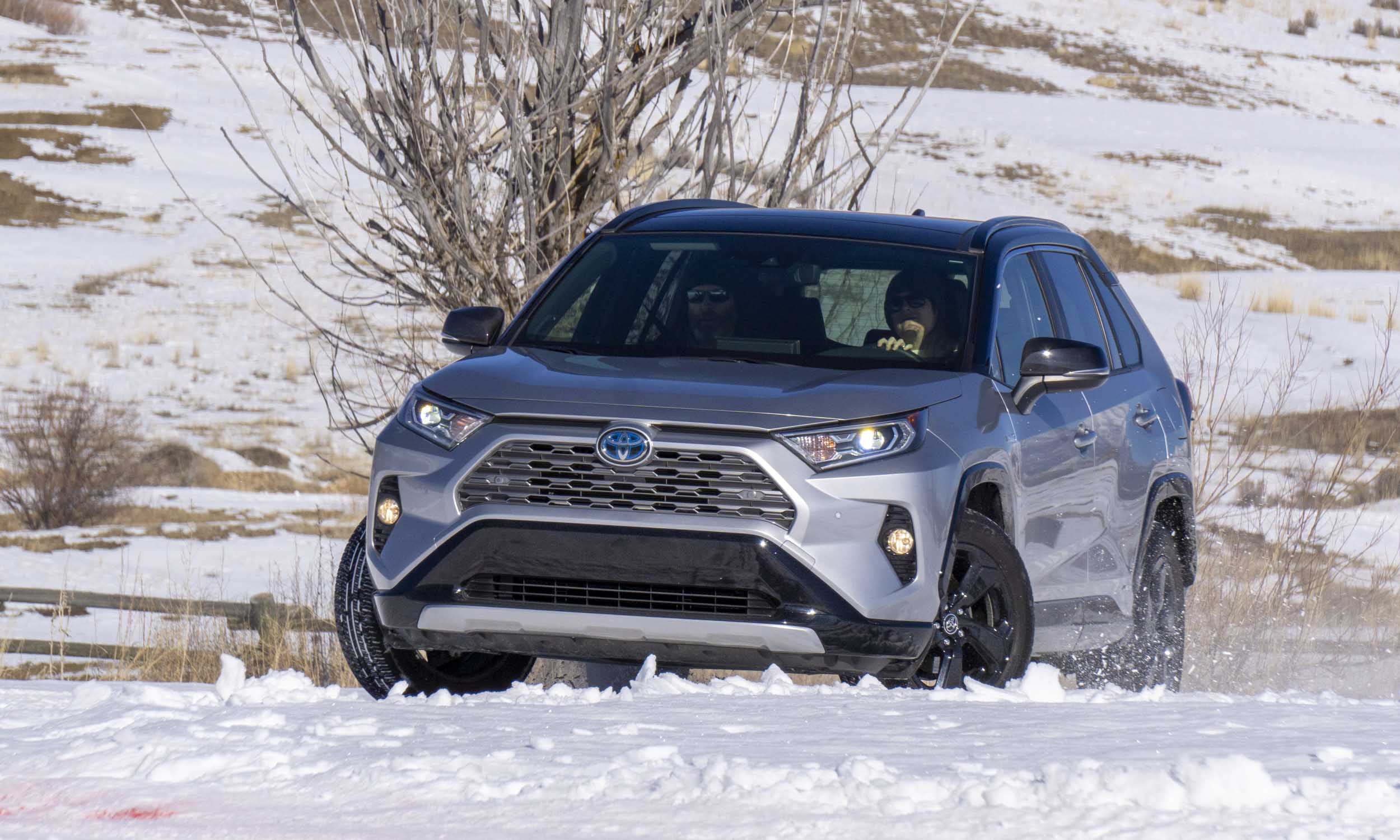 Adverse Conditions
When the RAV4 Hybrid arrived for our testing, we had experienced an uncommonly heavy snowfall in the Seattle area; then multiple days of freezing weather caused continuous slippery conditions, which is uncharacteristic for Western Washington. The AWD system of the RAV4 Hybrid performed well on slippery road surfaces, distributing torque for balanced, predictable driving even with stock Michelin Primacy A/S (all-season) tires, inspiring confidence in harsh conditions. For drivers who experience longer periods of snow and ice during winter months, adding a set of winter tires for the coldest months would make the RAV4 Hybrid a great vehicle for winter roads. 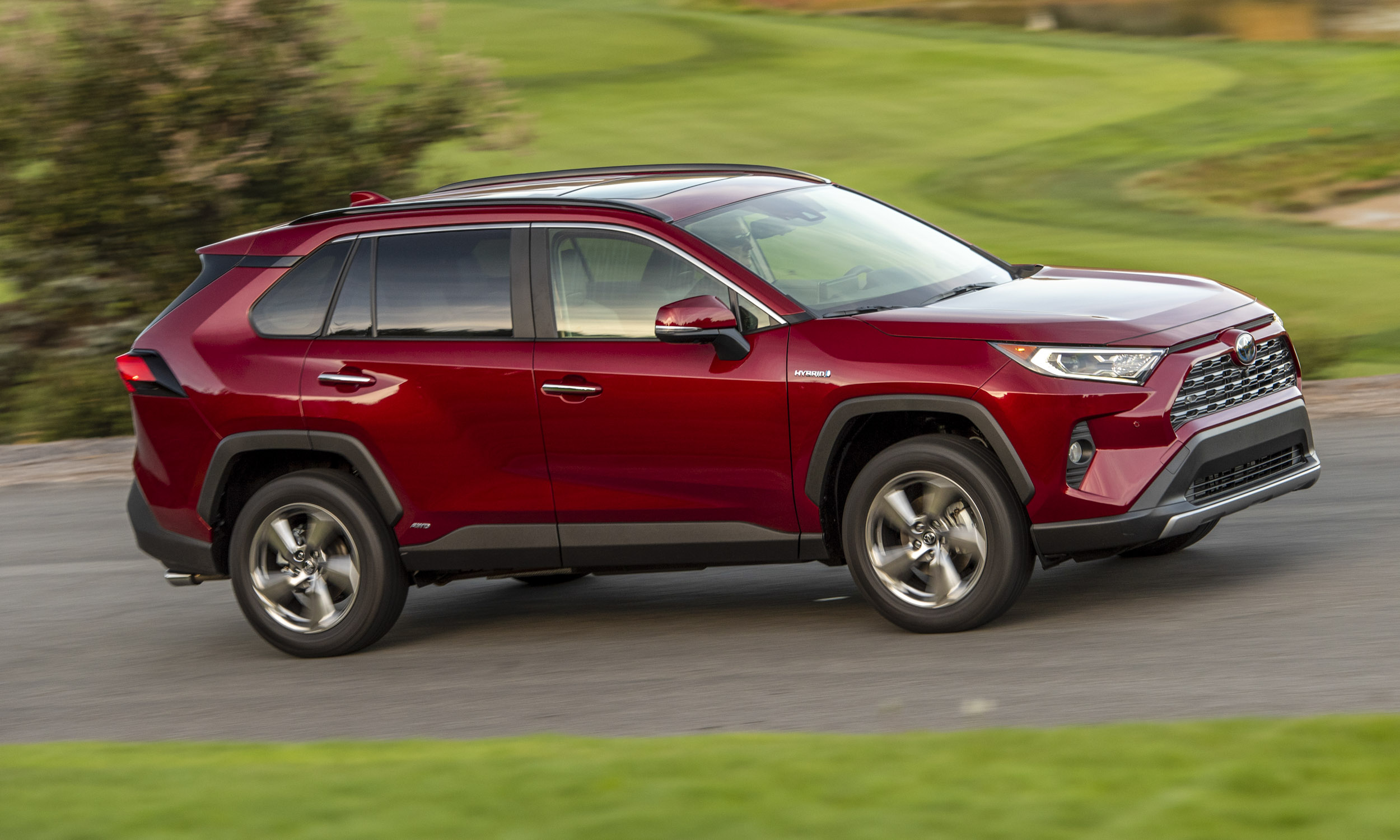 Rating: 9.0
The top-selling SUV in America for the past five years, the Toyota RAV4 continues to lead the pack in a very competitive segment, despite new models from numerous manufacturers. Changes to the RAV4 Hybrid for the latest generation improve drivability, increase fuel economy and raise the level of interior refinement to create a continue winning combination. The impressive fuel economy continues to make the RAV4 Hybrid a great choice in the compact SUV segment. 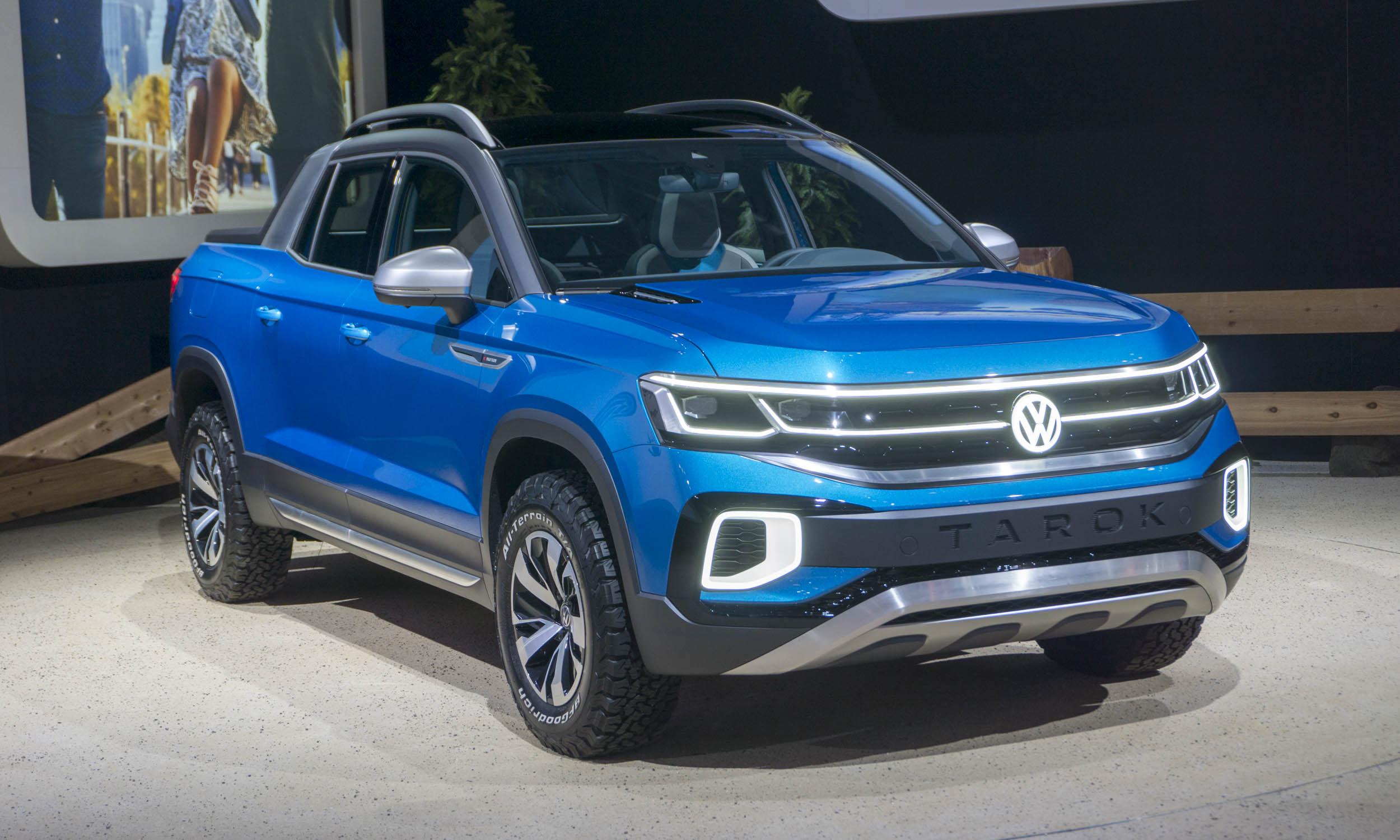 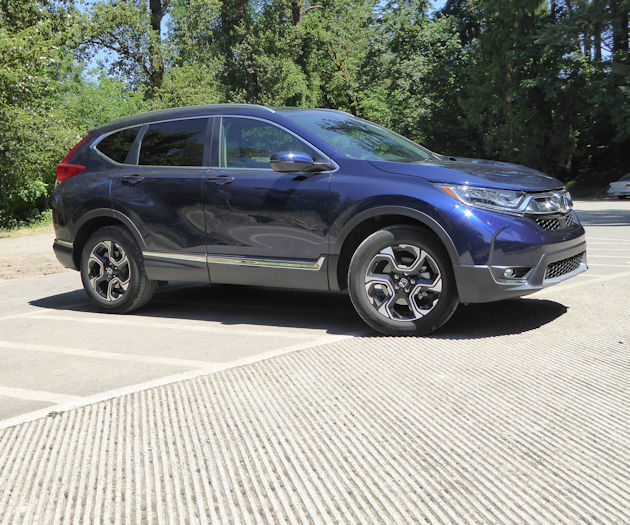