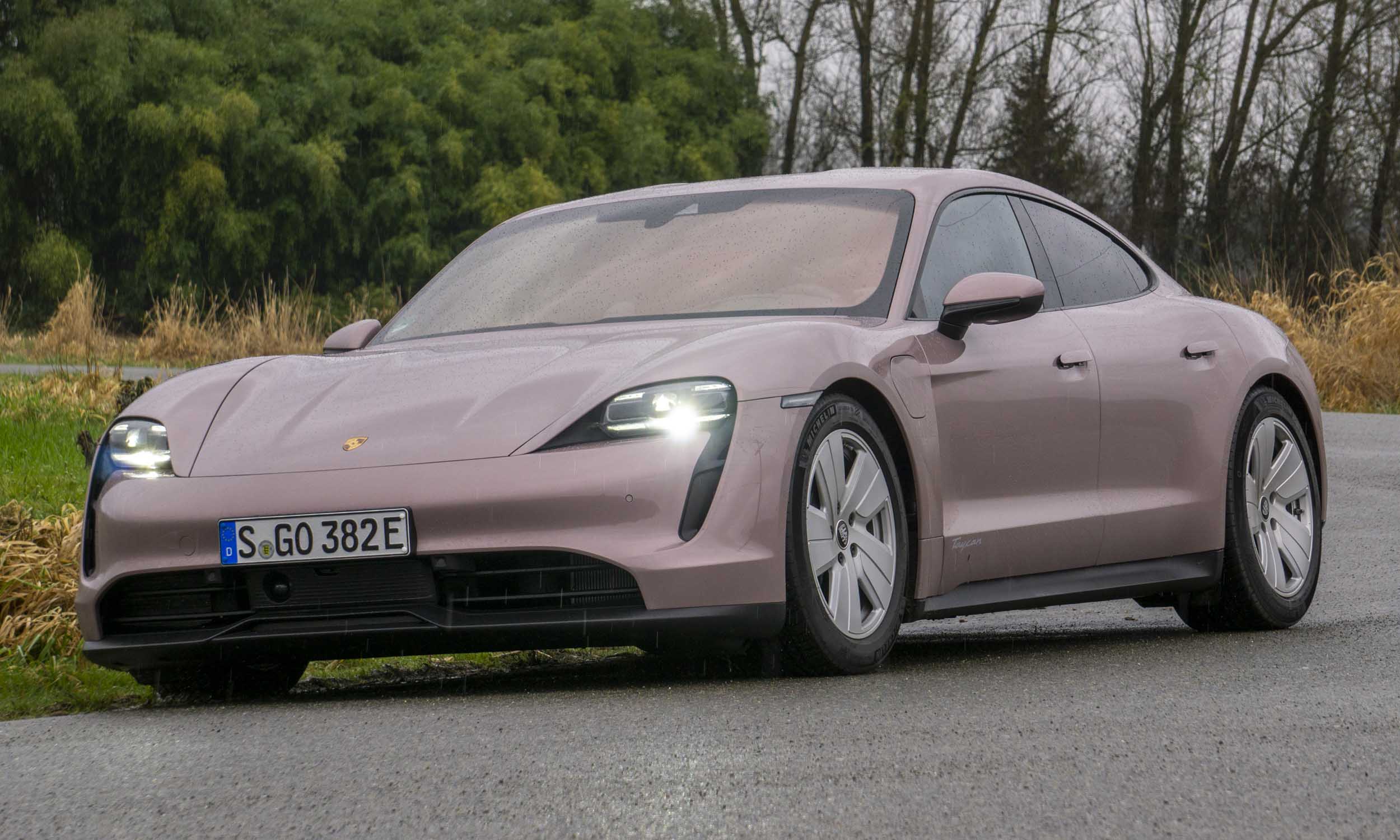 What Is It?
About a year ago, Porsche introduced the Taycan — a fully electric sports sedan worthy of wearing the German automaker’s nameplate. The first two variants in the Taycan line — the Turbo and Turbo S — deliver extreme performance, but all that performance doesn’t come cheap. Now the German automaker offers an entry-level version, simply called the 2021 Porsche Taycan. To create the entry version, Porsche engineers removed the front electric motor, which reduces vehicle weight by about 200 pounds. The rear power unit and battery architecture remain unchanged from their configuration in the Taycan 4S. 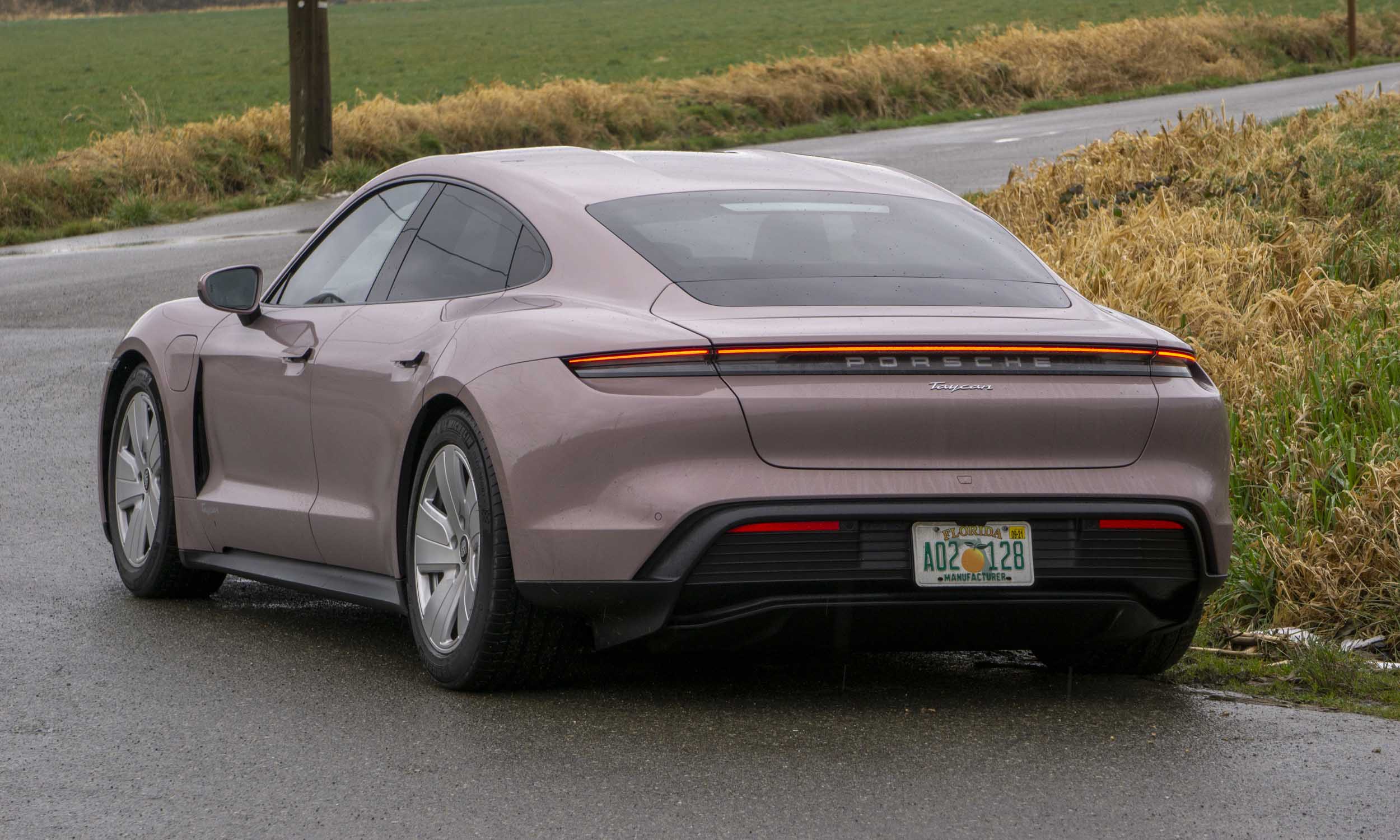 Test Taycan
Porsche provides us with a 2021 Taycan painted in the unusual hue of Frozen Berry Metallic (admittedly not our first color choice). This rear-drive Taycan functions as the entry version of the lineup at a base MSRP of $79,900; however, our test vehicle included a long list of optional extras. Additional goodies included leather trim, Performance Battery Plus, Adaptive Air Suspension, a Sport Chrono Package, rear-axle steering and a passenger display for a total MSRP of $110,920. The Tesla Model S is the only fully electric competitor to the Taycan; however, other similar non-EV competitor vehicles include the BMW 8 Series, Audi S7, Maserati Quattroporte and Mercedes-AMG GT Four Door. 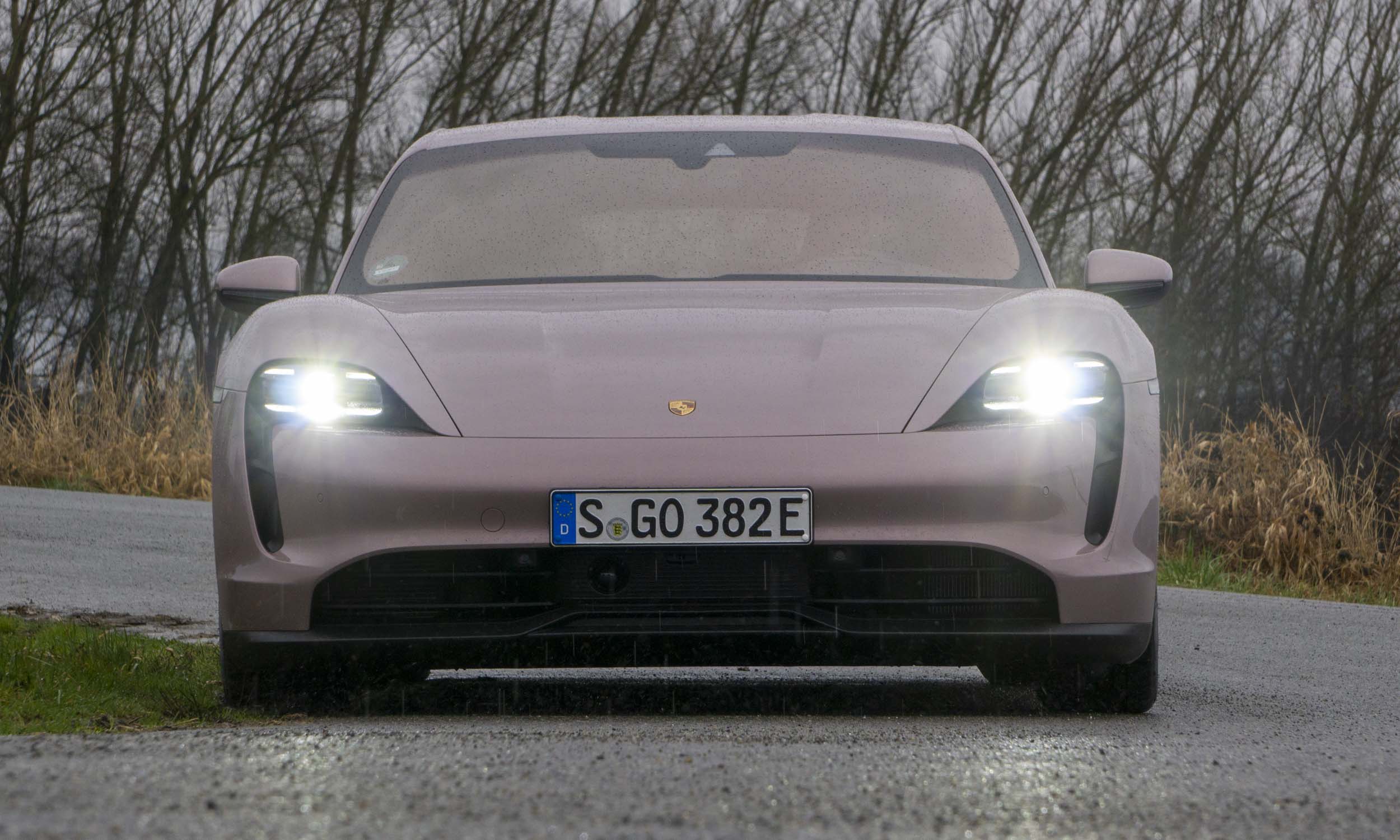 Styling
The 201 Porsche Taycan looks much like the Mission-E concept vehicle on which it’s based while carrying other recognizable Porsche styling cues as well. The Taycan has rectangular headlights rather than the classic round units on the iconic 911, and they are set deep into the bodywork. Like the rear-engine 911, the Taycan has no engine up front that requires airflow for cooling. 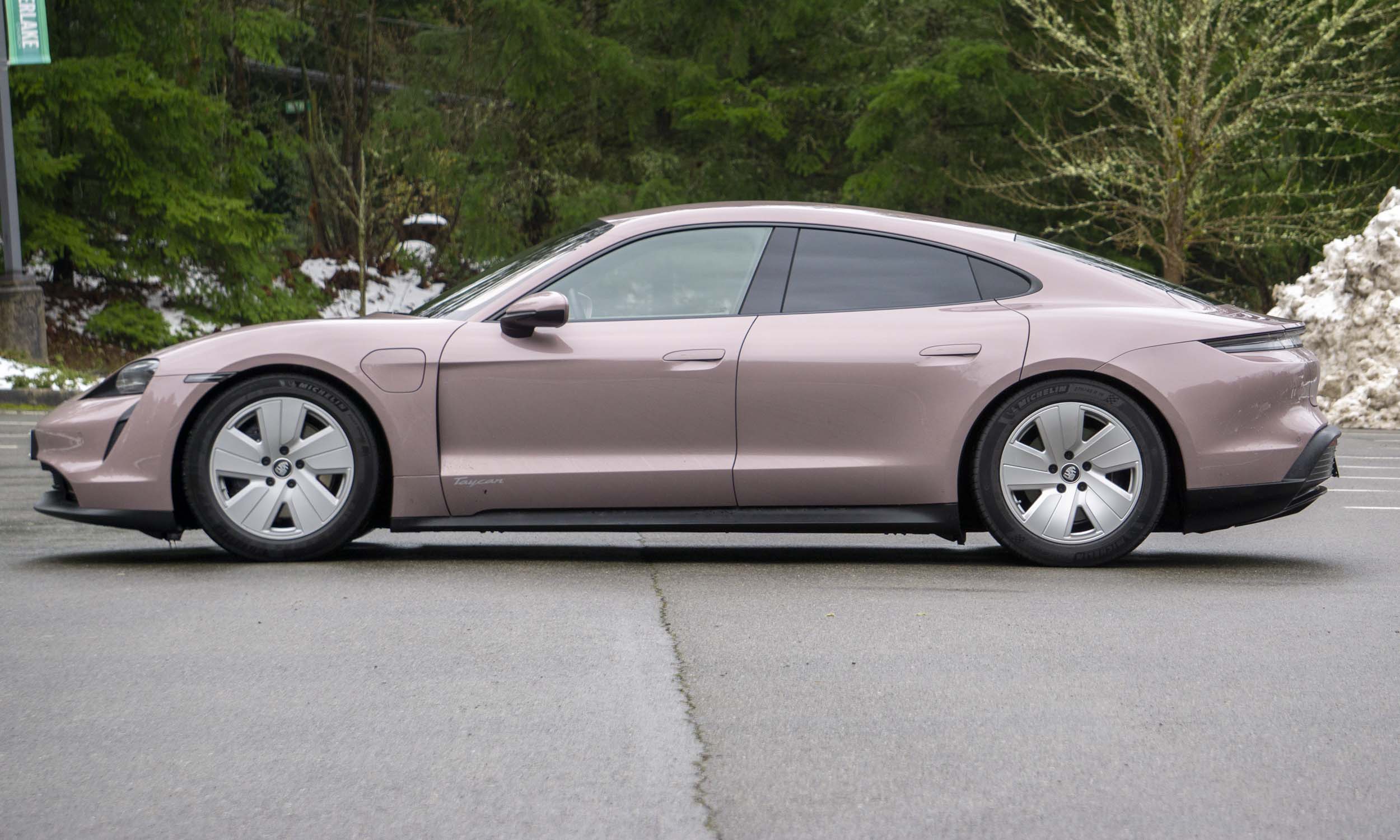 Familiar Silhouette
Taycan’s design team made sure the new model is easily recognizable as a Porsche, with its sleek body and roofline that slopes rearward in its signature Teutonic taper. At the rear, a light bar over the large PORSCHE name evokes the look of the new 911. Taycan’s coefficient of drag is an extremely low 0.22, which optimizes energy consumption and range. 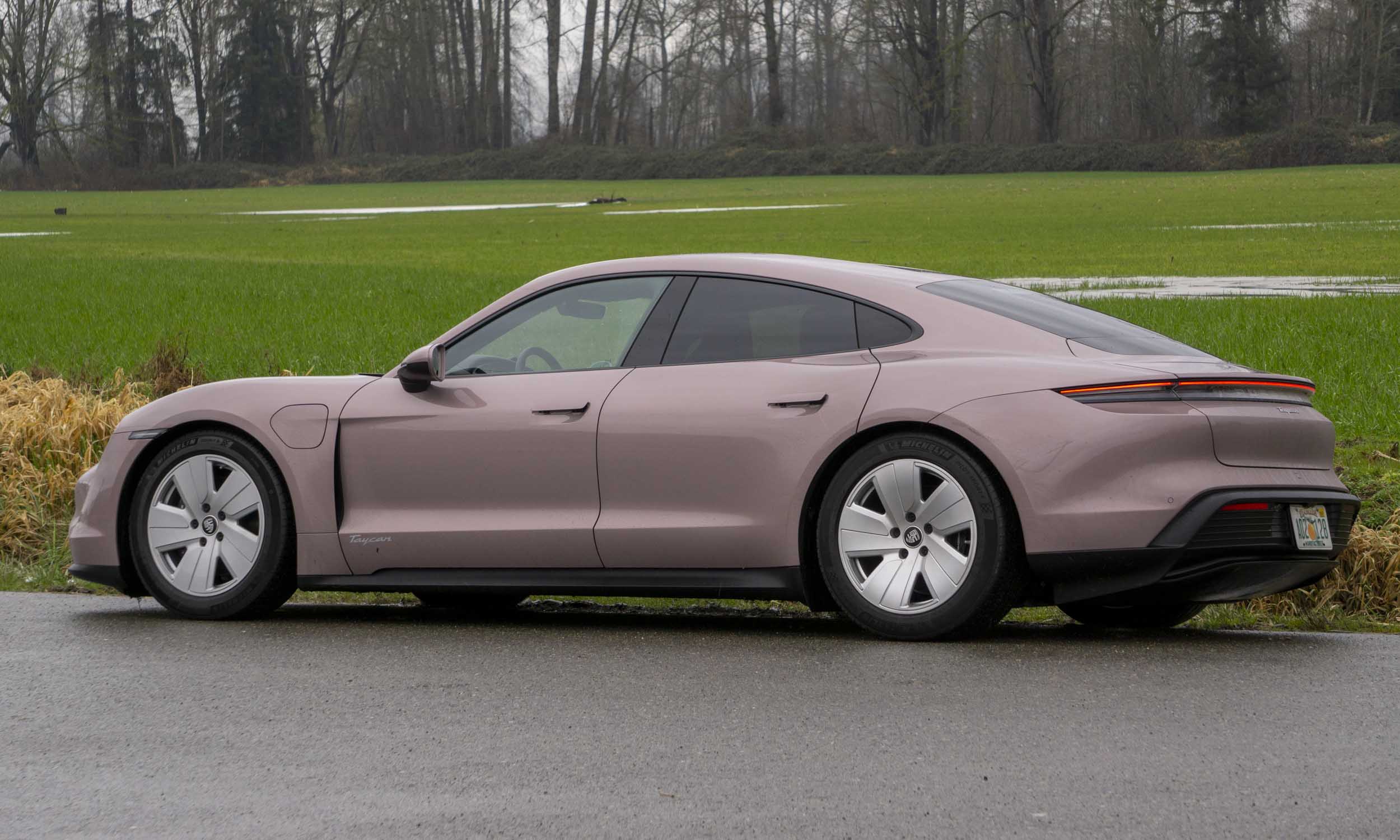 Powertrain
Output from the entry Taycan’s single electric motor is a robust 402 horsepower with the standard battery. Our test vehicle was equipped with the Performance Battery Plus which bumps horsepower to 469 but also adds weight, so both configurations accelerate to 60 mph in 5.1 seconds. Even with the front power unit removed, the single-motor Taycan is the most powerful entry-level model Porsche has ever sold. The U.S. EPA has not yet provided range information on this newest Taycan variant; however, during our test drive the display showed that at 68 percent charge there were 172 miles remaining. 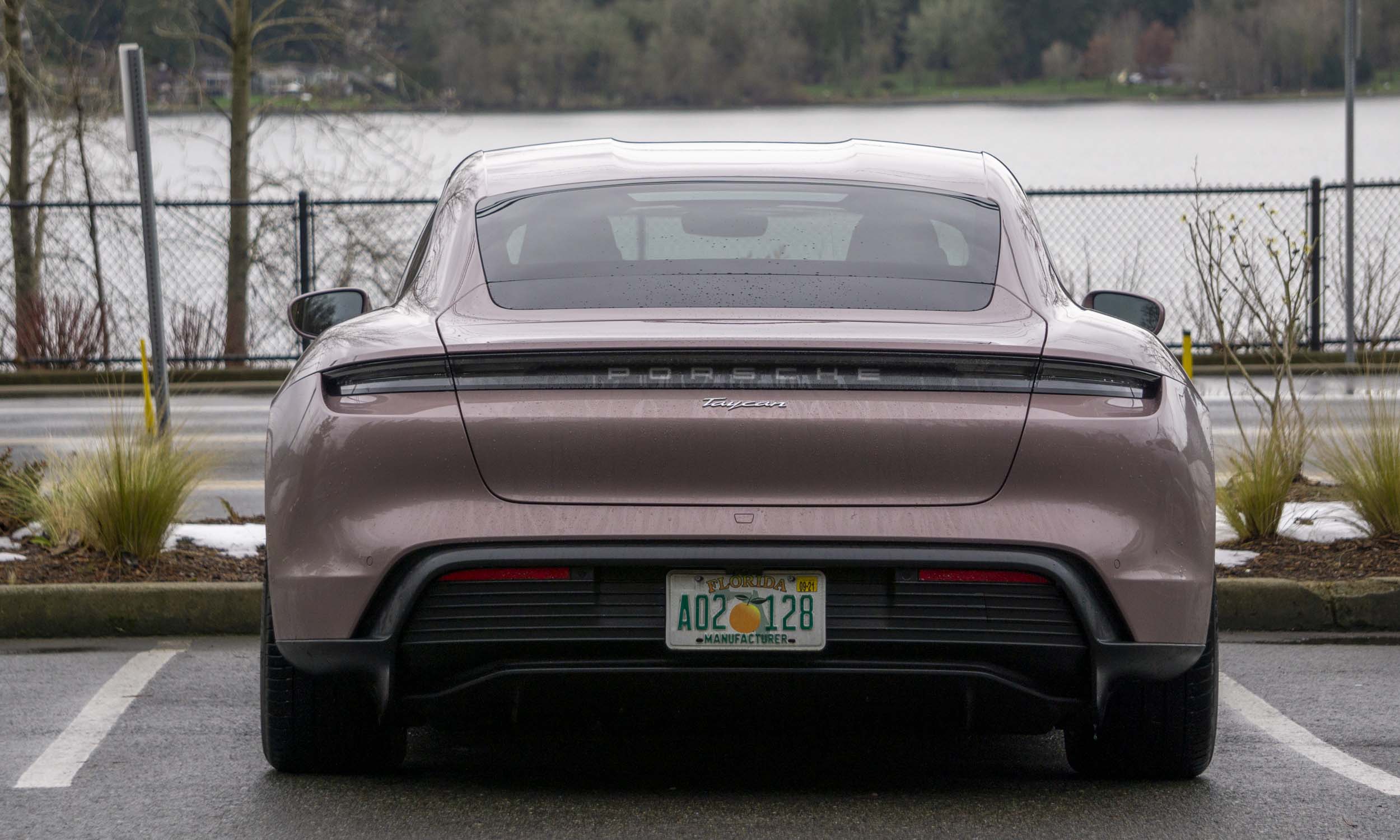 Charging
According to Porsche, the Taycan with the Performance Battery Plus takes about 10.5 hours to fully charge on a Level 2 charger; however, on a 50kW fast charger the batteries can go from 5 percent to 80 percent in about 90 minutes. Porsche also provides all new Taycan owners with three years of free charging from Electrify America. 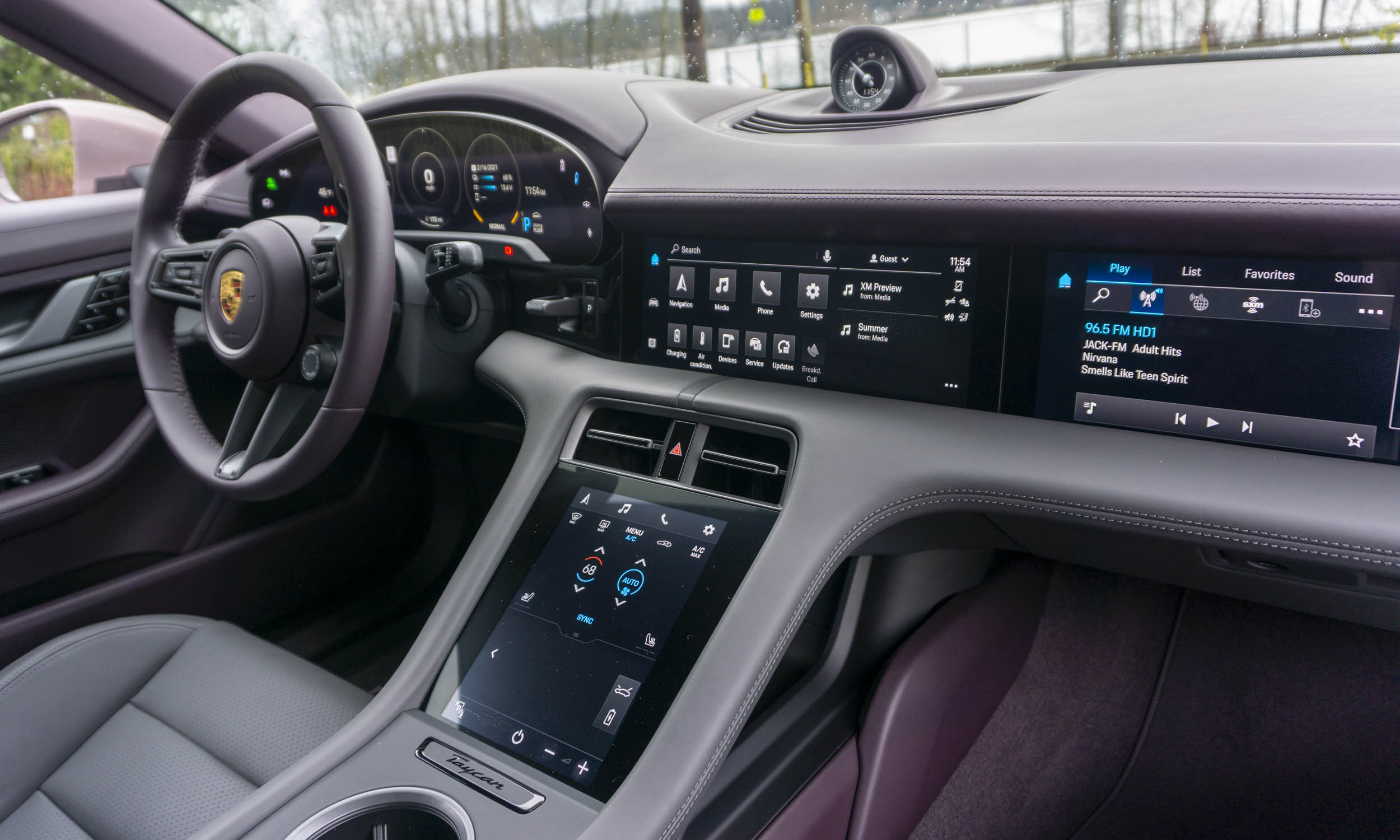 Inner Space
In keeping with the rest of the lineup, this new entry variant retains Taycan’s high-tech vibe with a standard 10.9-inch infotainment display — as well as the optional passenger display in our tester — mounted behind a single glass panel. An additional display screen gets mounted in the center console area that provides access to climate controls as well as quick navigation for the screen above. Aside from a few dials and buttons on the steering wheel, all controls in the 2021 Porsche Taycan are digital. 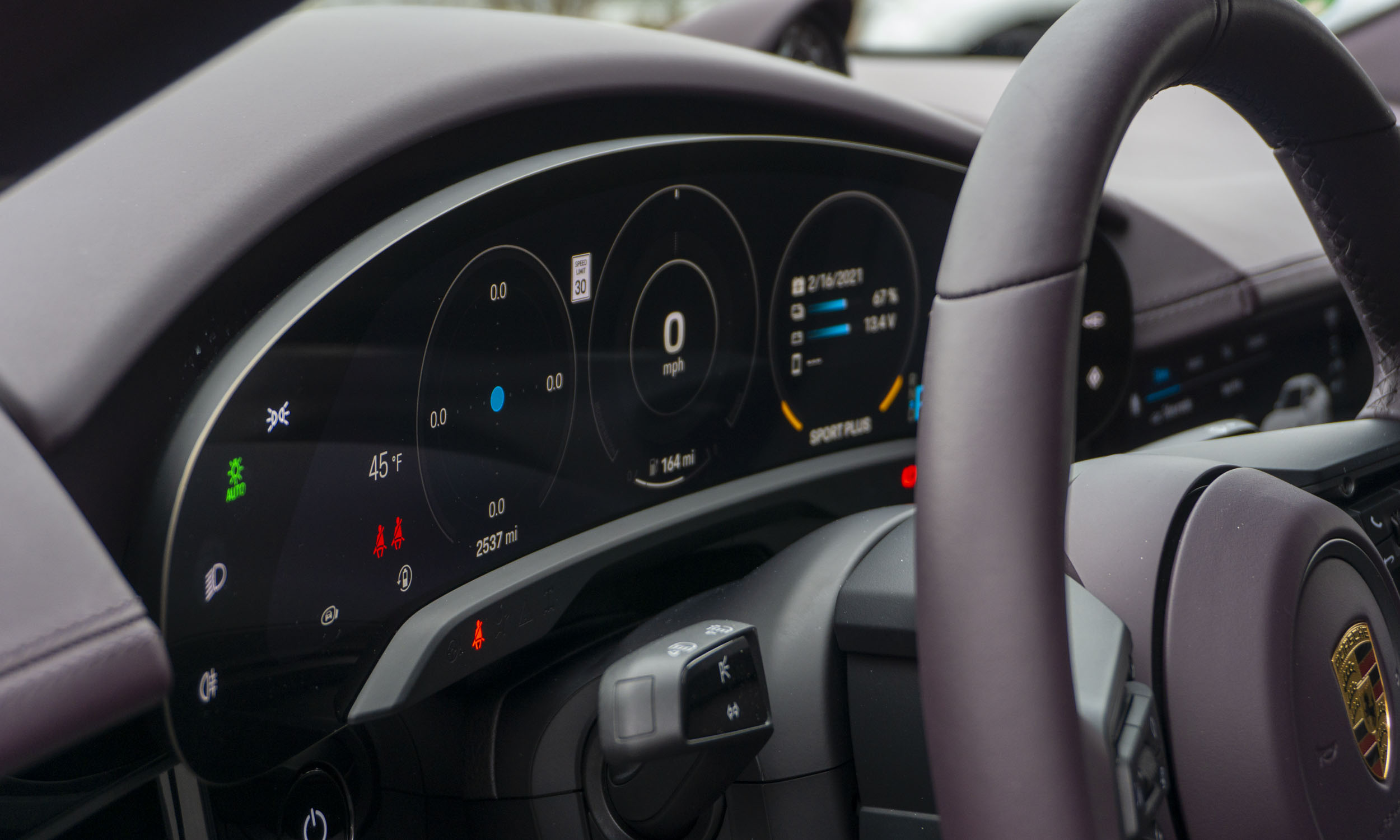 Driver View
Our test Taycan arrived outfitted with the Porsche Advanced Cockpit, which features a 16.8-inch curved driver display that is completely configurable via steering-wheel controls. Soft-touch controls for lights can be found on the left side of the display, while vehicle setting selections are made on the right. The drive mode selector is also mounted on the wheel, allowing drivers to quickly change from Range (an ECO setting for extended range) to Sport Plus for ultimate performance. 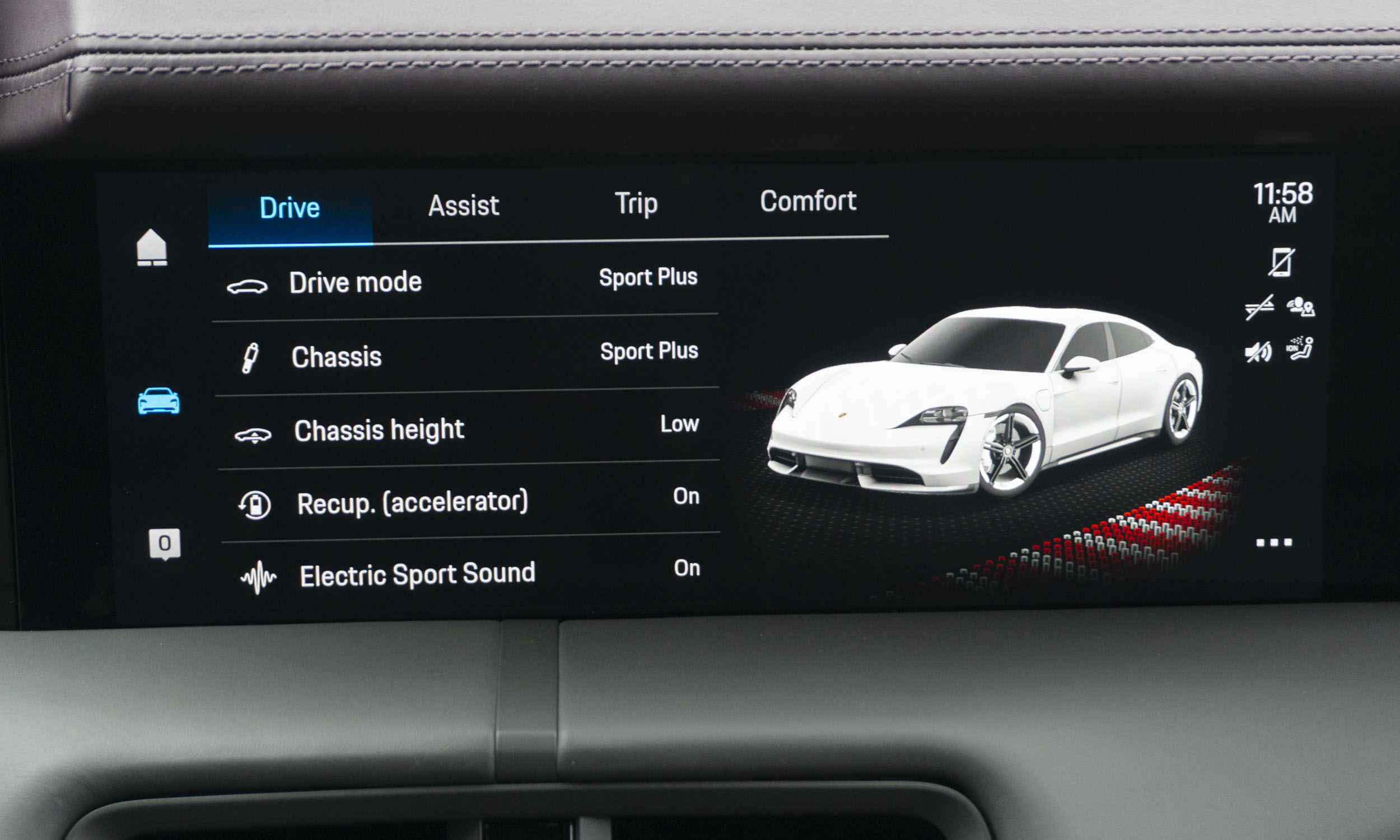 Drive Modes
Like other models in the Porsche lineup, the 2021 Porsche Taycan allows drivers to select from preset driving modes or configure the car to their liking. Adjustments can be made to the chassis, ride height, brake regeneration, throttle response and even the engine sound. We experimented with the Electric Sport Sound, and while it sounded cool at first — a bit like a jet turbine — we eventually settled on pure EV silence instead. 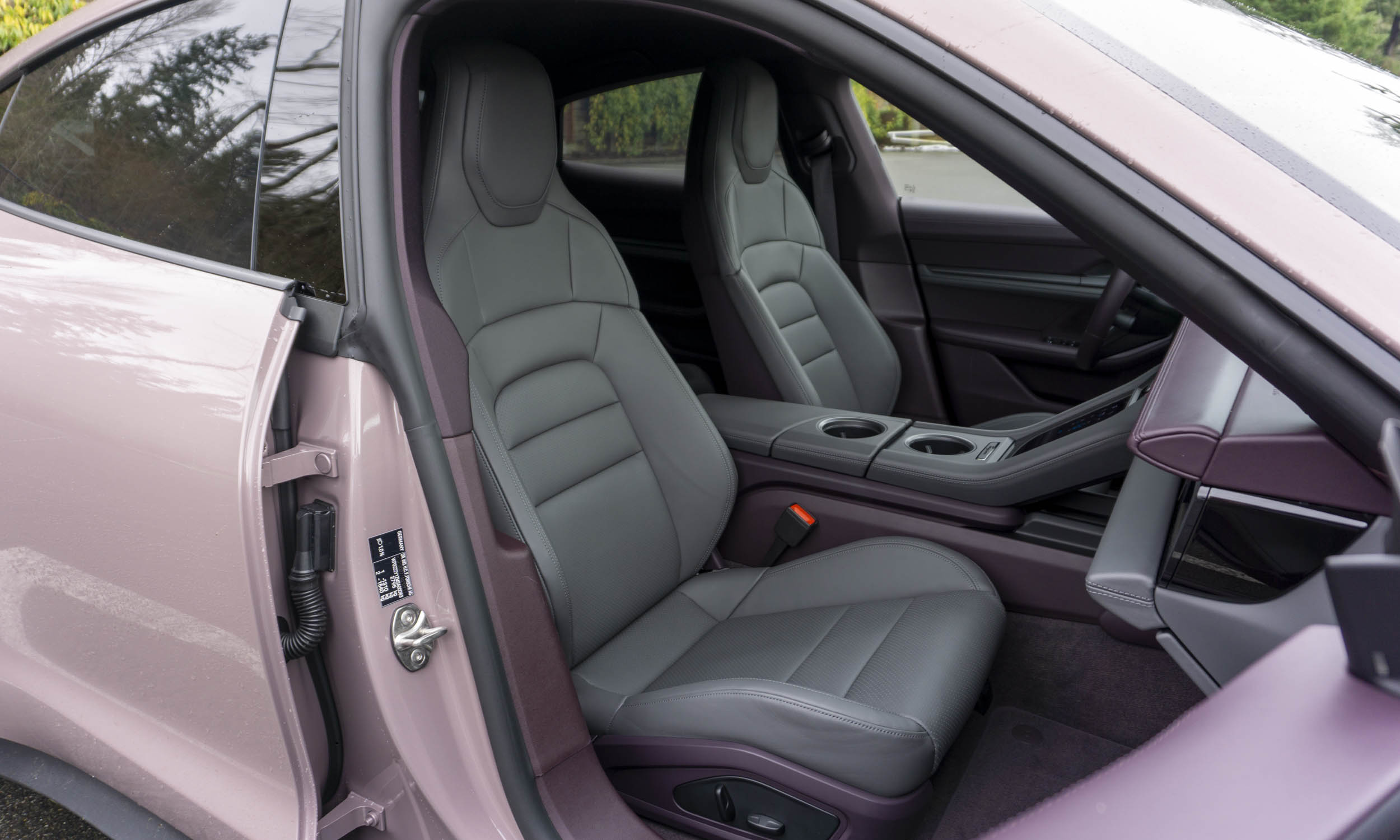 Sport Seats
The standard sport seats in the 2021 Porsche Taycan are stylish and offer decent support — a bit stiff but still comfortable. The interior of the test car came trimmed in two-tone Blackberry / Slate Grey leather — again, not our favorite color combination, although we are not complaining — color choice is subjective and Porsche offers plenty of options. 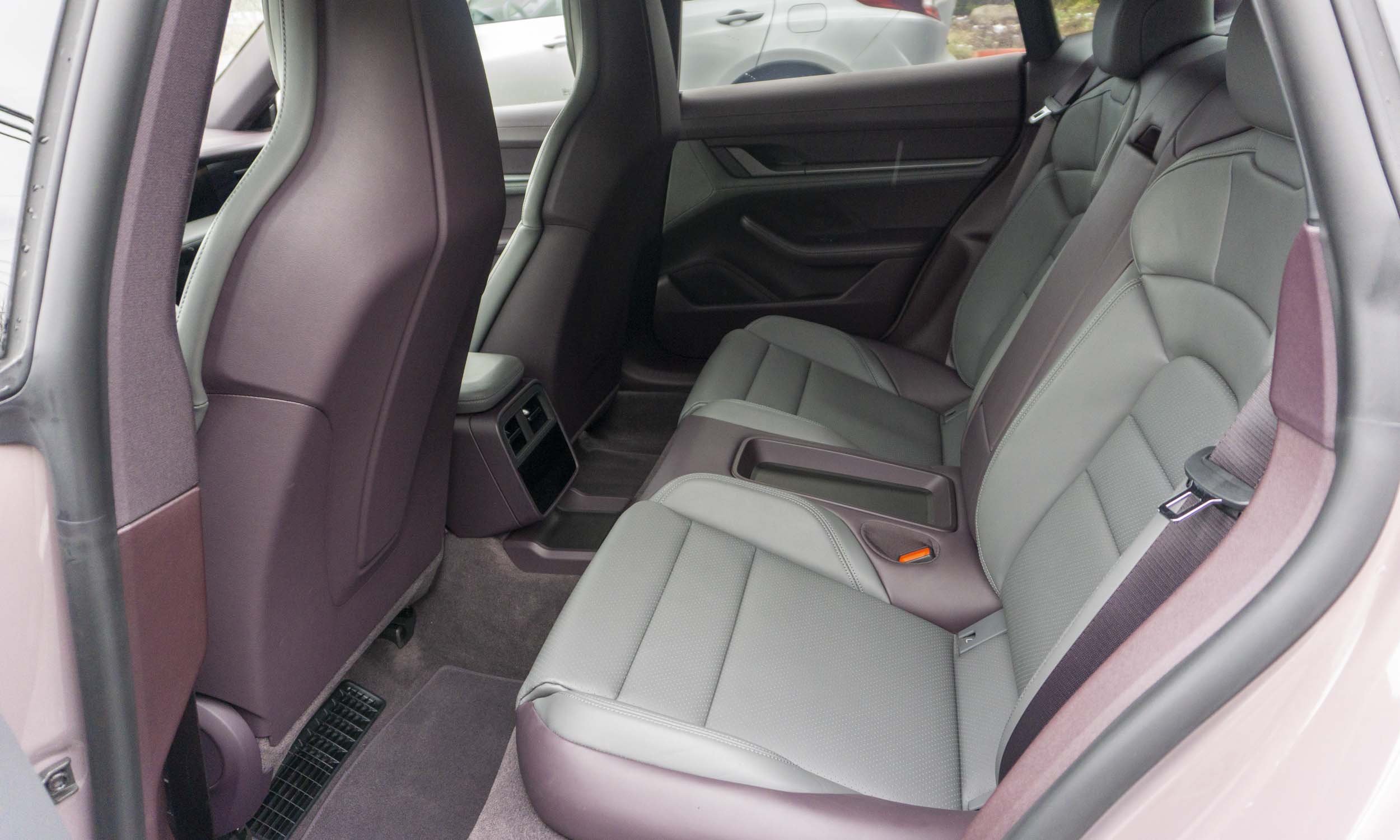 Rear Seat
At first glance it seems like the rear seat of the 2021 Porsche Taycan would be a rather tight fit, although once inside occupants will be pleasantly surprised by the aft cabin’s roominess. The rear seat accommodates two passengers, so the space has plenty of legroom, and the seats sit low so headroom isn’t an issue — even with the sloping roof. The test car was also equipped with quad-zone climate control, so each rear seat had its own climate settings. 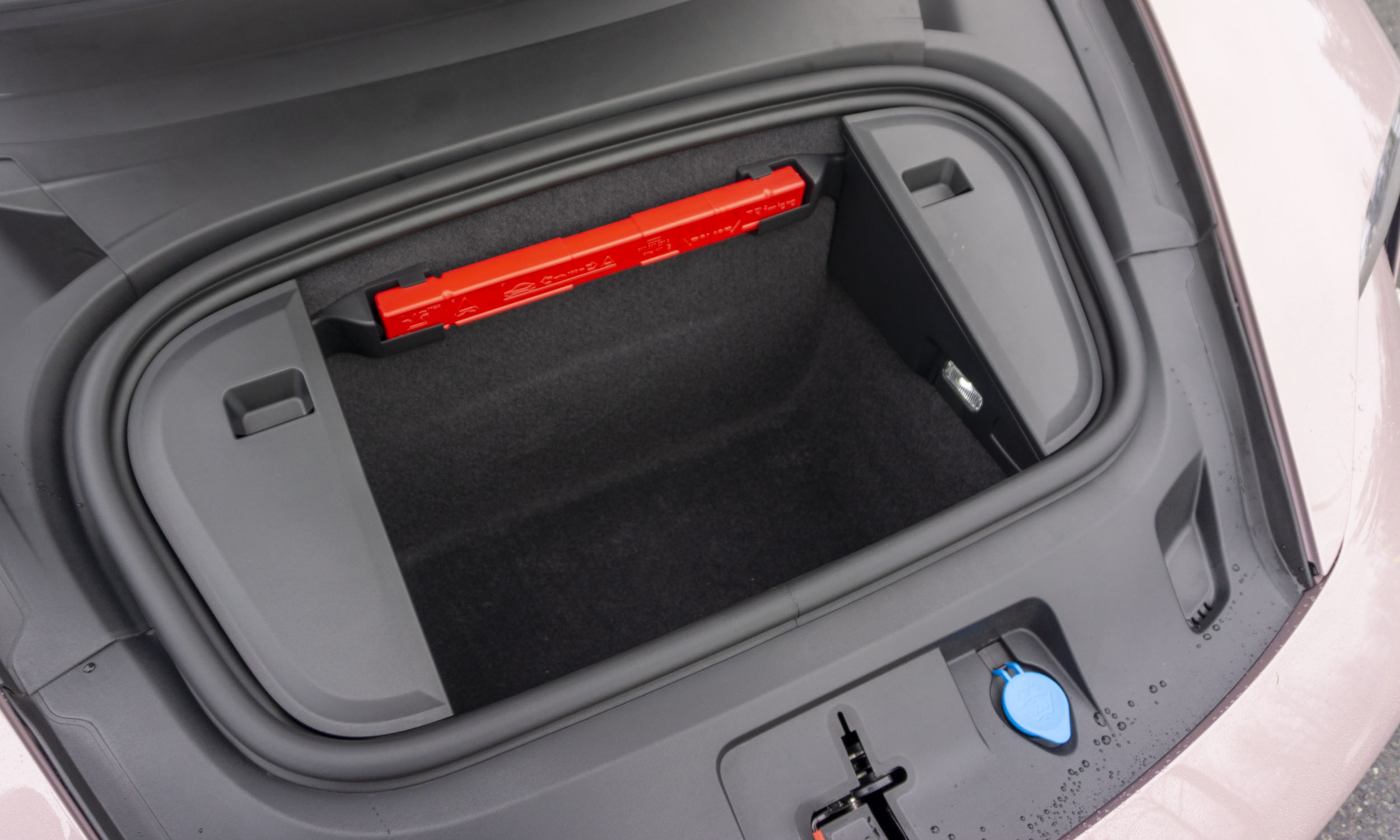 Frunk
With no motor up front, the 2021 Porsche Taycan features extra cargo storage under the hood — a front trunk that some call a frunk. A bit smaller than the one found in the 911, the Taycan frunk has 2.9 cubic feet of space — enough room for a small bag or picnic basket. 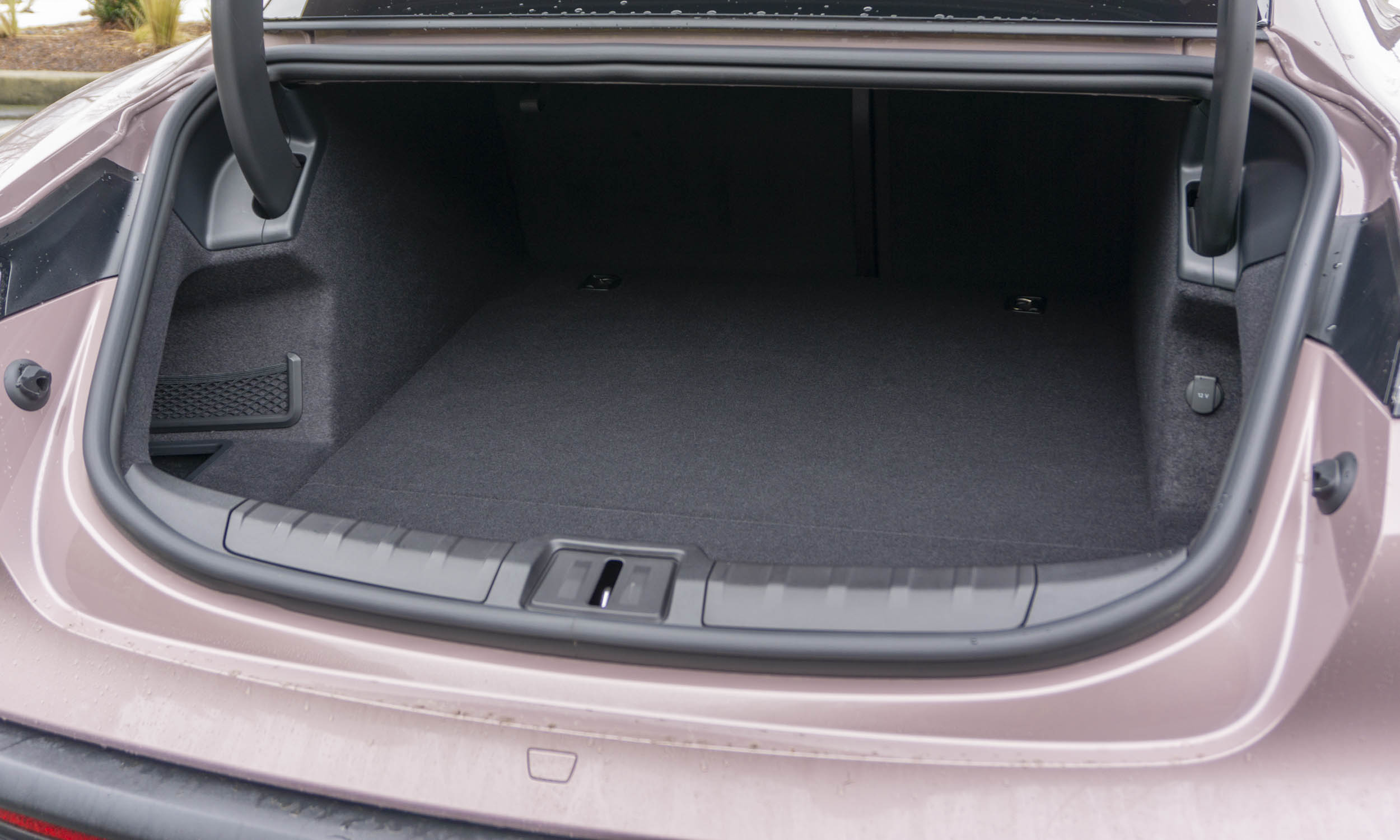 Large Trunk
In addition to the frunk, the 2021 Porsche 911 has a rather spacious rear trunk. Although not very tall, the space is usable for luggage or other cargo. Additionally, the rear seats can be folded flat to accommodate larger items. 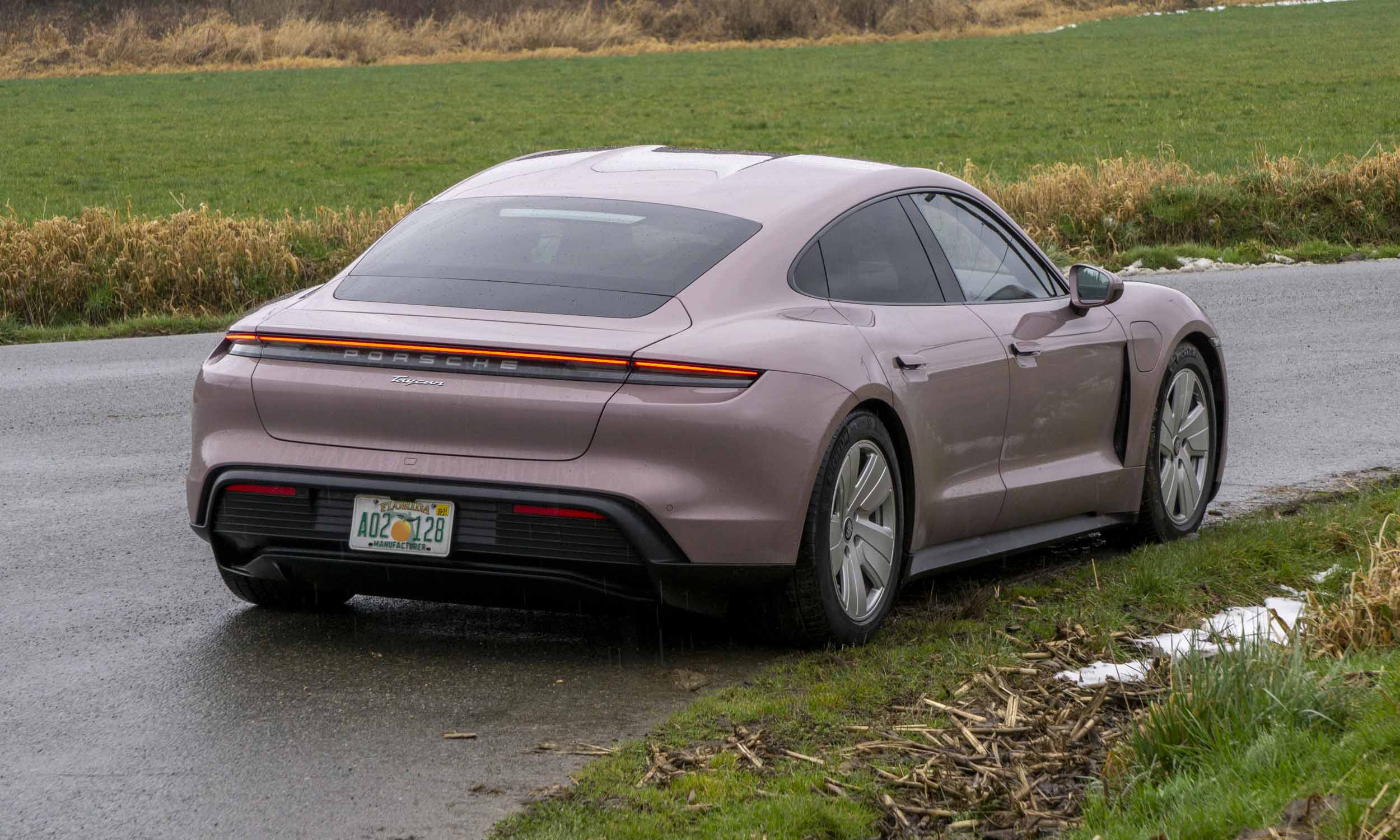 On the Road
It won’t take long for driving enthusiasts to recognize that although this Taycan has an electric powertrain it is still very much a Porsche — and that “entry level” is a misnomer. While not as quick as the more powerful variants, the single-motor Taycan feels quick off the line and possesses strong acceleration at almost any speed. Cruising the highway in this high-tech four door, the ride feels solid, quiet and comfortable. The 2021 Porsche Taycan is is definitely a car we’d take on any road trip — given enough charging stations. 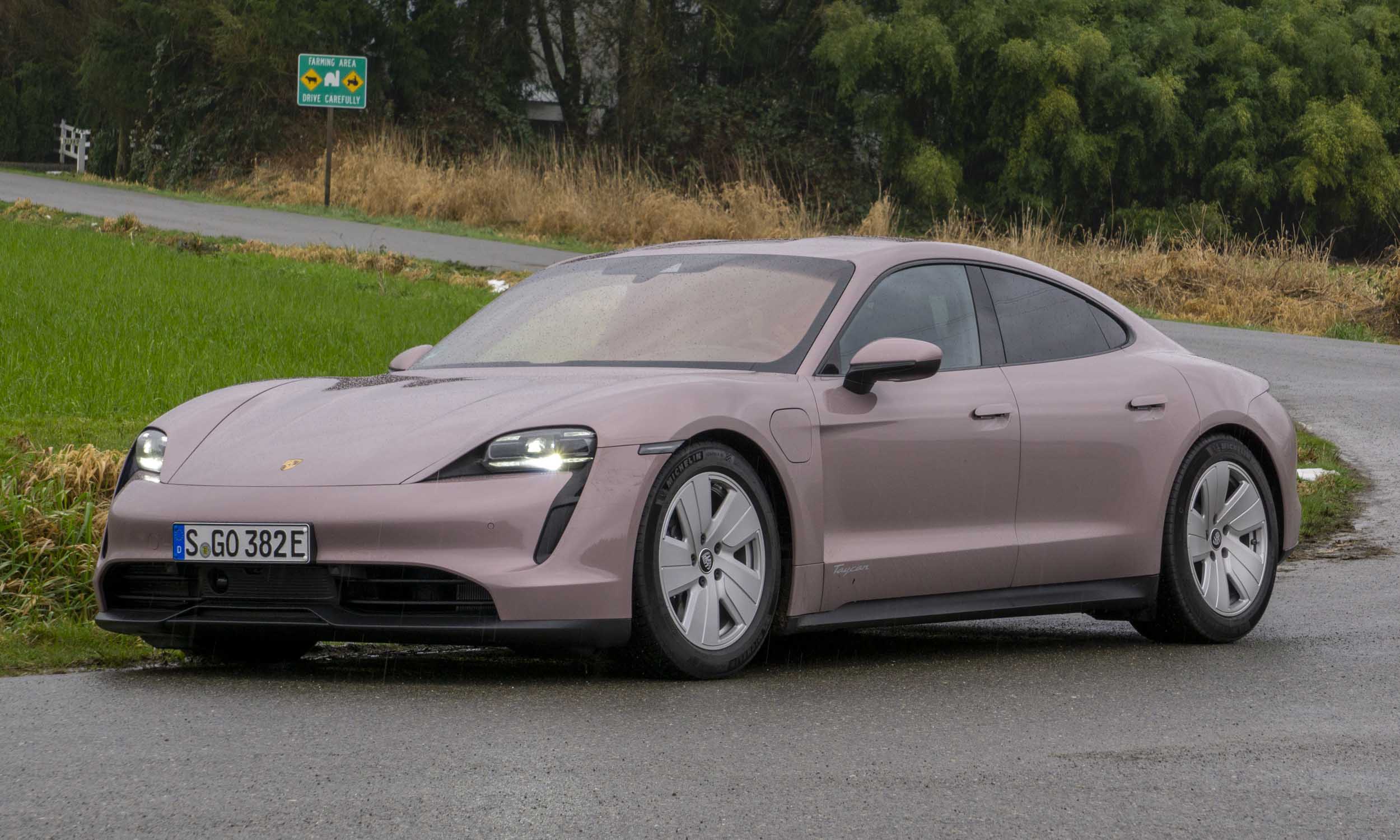 Superb Handling
The 2021 Porsche Taycan is proof that drivers don’t need 750 horsepower in this electric sport sedan to have an enjoyable time behind the wheel. With its precise steering and firm yet comfortable ride, the test Taycan turned out to be great fun on winding back roads of the Pacific Northwest. Lifting off the throttle when entering a corner engages regenerative braking, and smoothly pressing the right pedal again at exit instantaneously shoots the car out the other side. 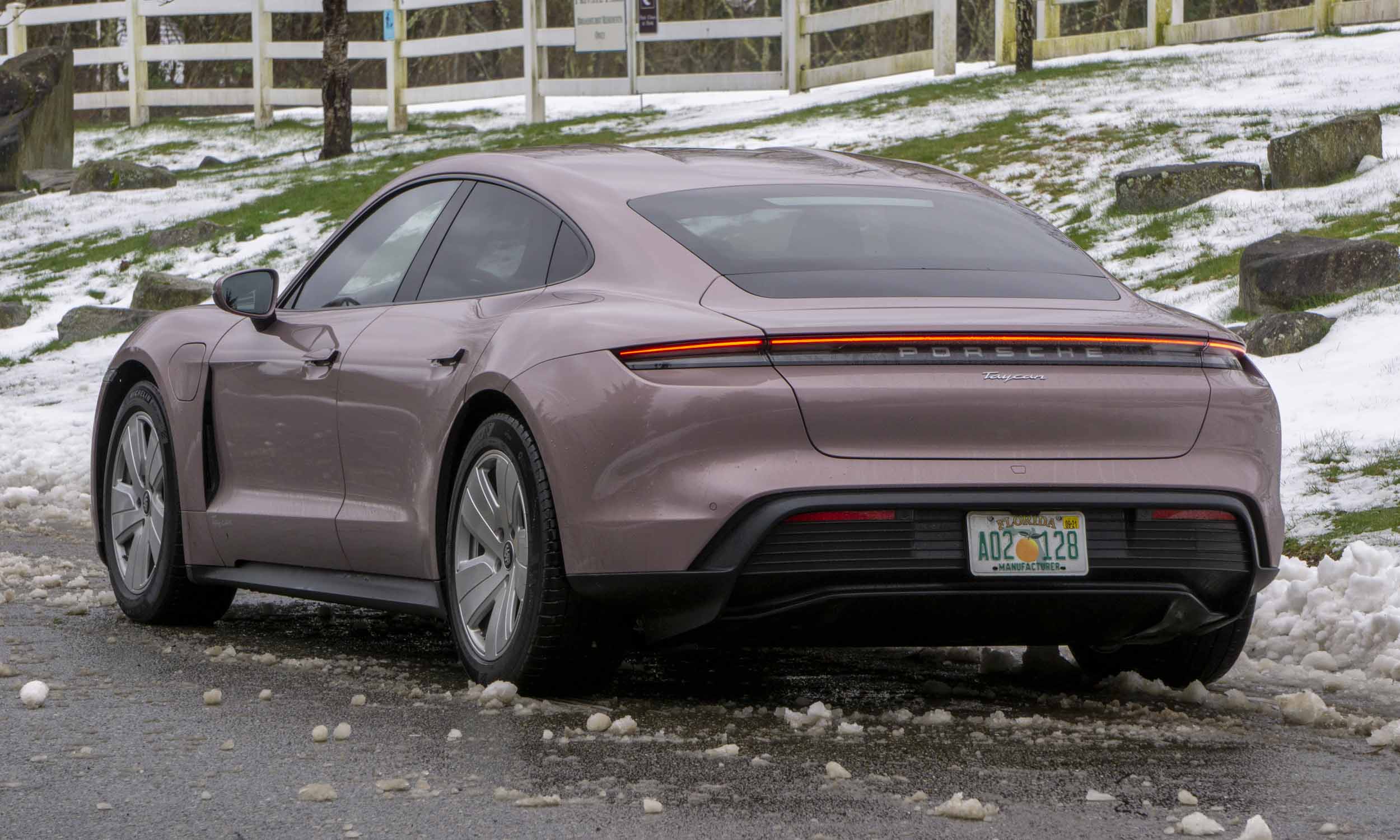 Summer Tires, Winter Weather
Before our test miles we were a bit concerned about piloting the rear-drive Taycan on cold, wet roads since it arrived shod with Michelin Pilot Sport4 tires built for summer driving. However, our fears were quickly allayed as Taycan’s stability systems kept us safe while not being overly intrusive or interfering with the car’s engaging driving experience. 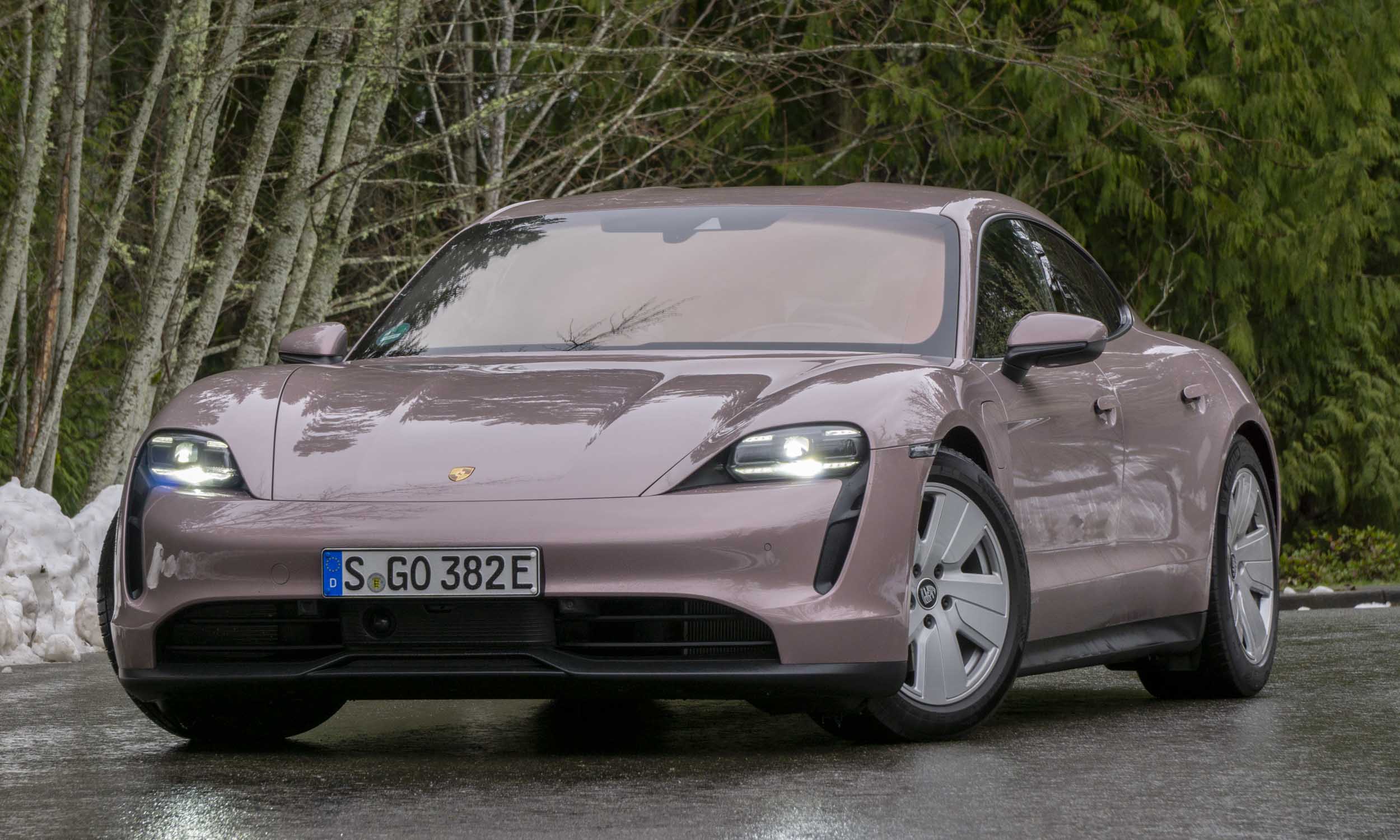 Rating: 8.5
It speaks volumes when the entry-level variant of an automobile brings as much to the road as the 2021 Porsche Taycan. With standout styling and a high-tech, luxurious interior, the Taycan easily competes with any high-end four door on the market. Add in the efficiency and performance of its electric powertrain with the expected Porsche drivability and the Taycan — even at entry level — would be a welcome daily driver. 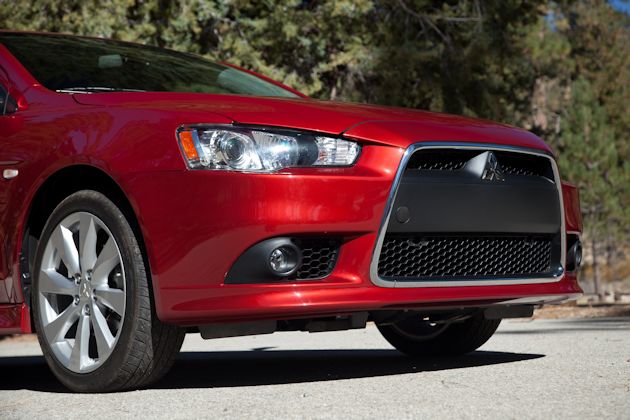 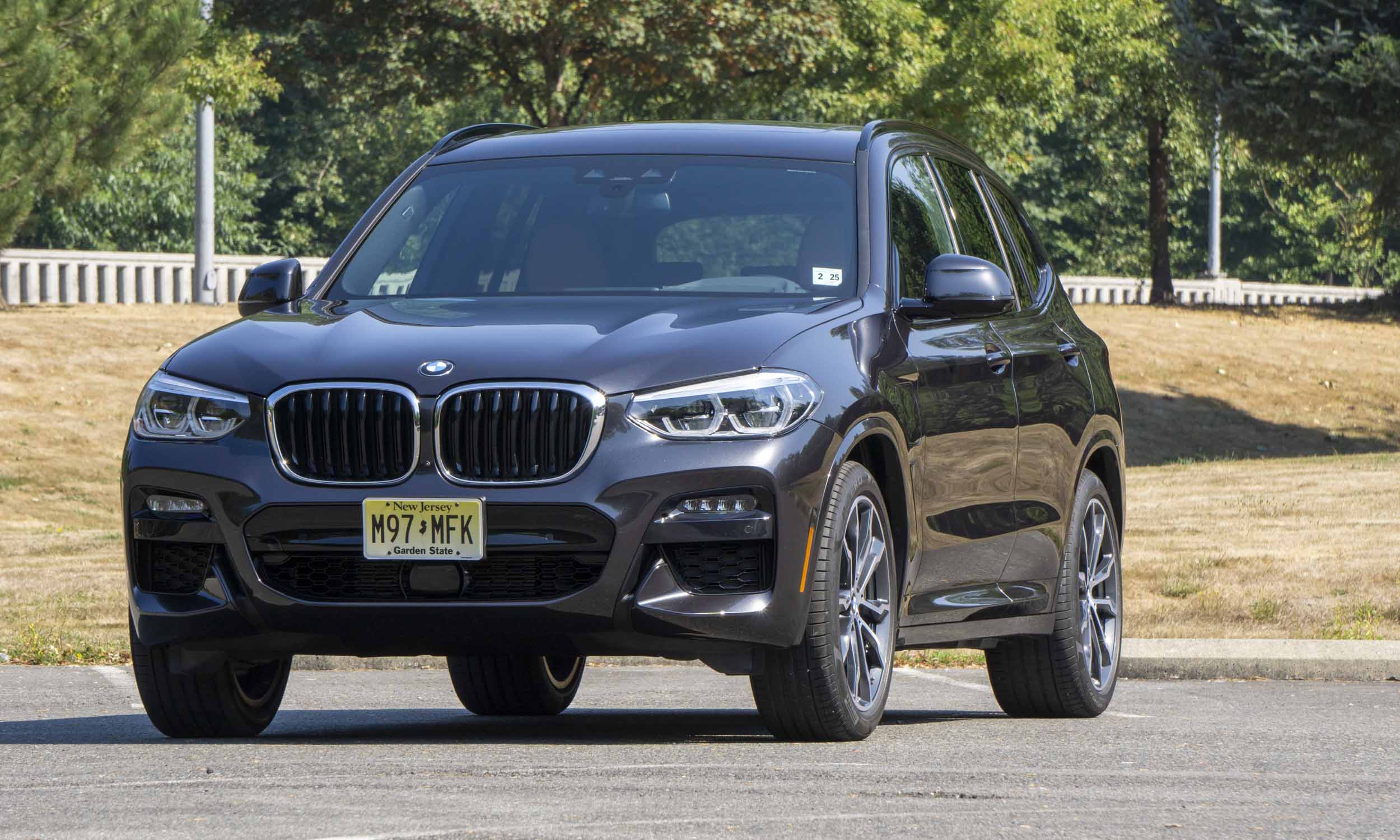