Aston Martin has been producing luxury sports cars and grand tourers for more than 100 years. Given the British automaker’s pedigree and ties to its storied past, the idea that the company would build an SUV seemed inconceivable. However, since luxury brands such as Lamborghini, Rolls-Royce, Bentley and other high-end automakers have already joined the SUV craze, it was only a matter of time before Aston Martin got onboard. The 2021 Aston Martin DBX is the first SUV to wear an Aston Martin badge in the company’s 108-year history, and a few days behind the wheel confirm this new vehicle is clearly, purely Aston Martin. 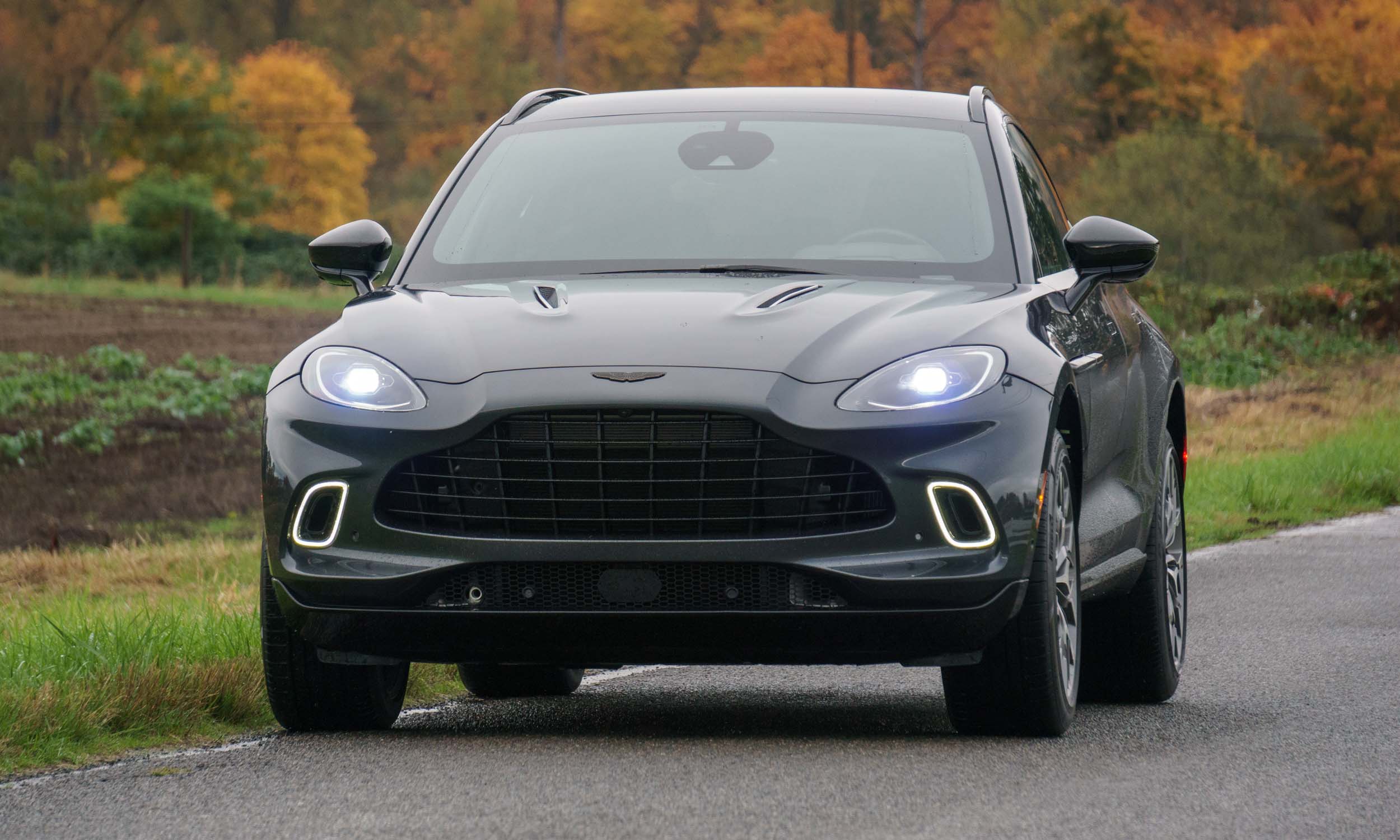 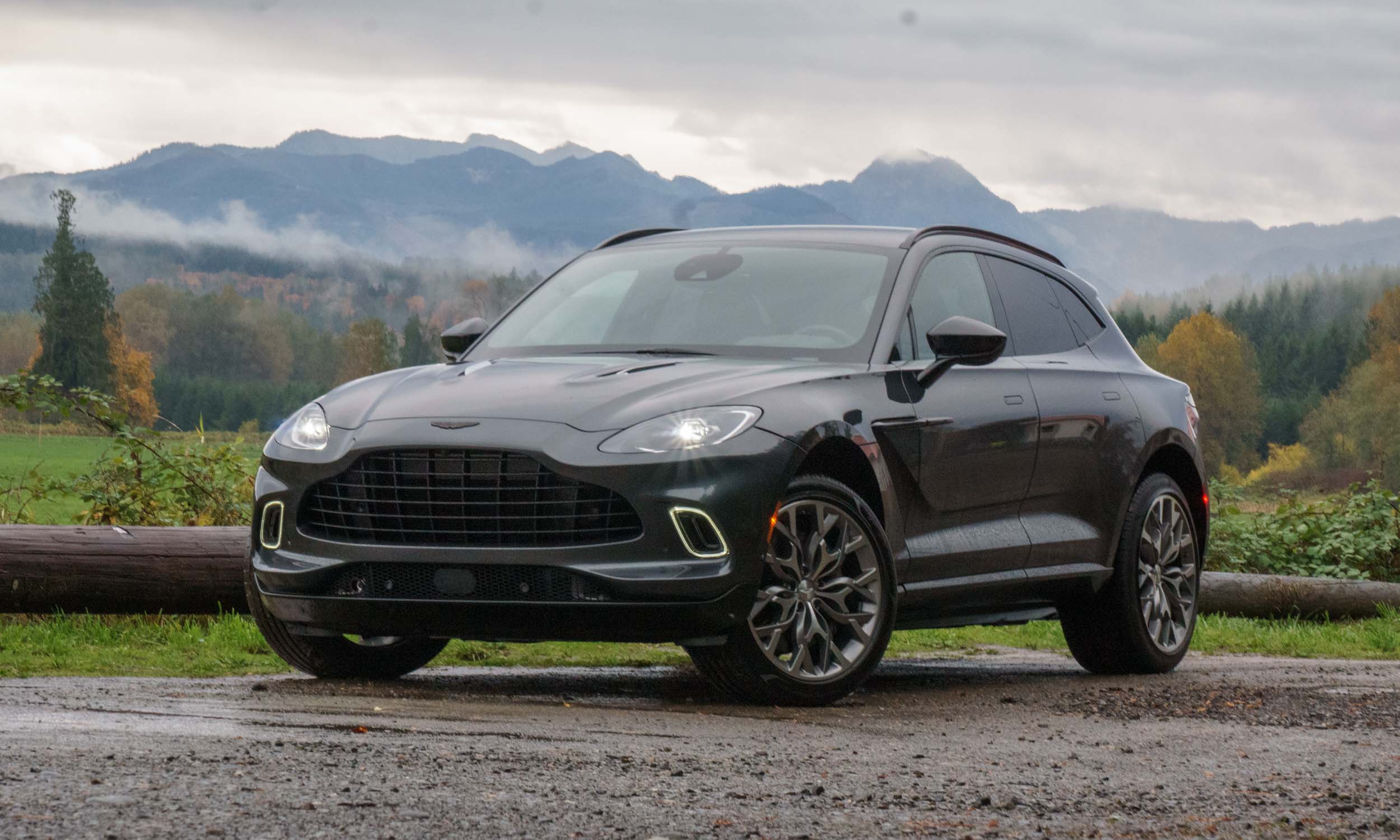 Test Vehicle
For testing the automaker provided us with a 2021 DBX painted in Xenon Grey. As one might expect of any Aston Martin, the standard DBX comes decked out with a wide range of luxury and performance features. The tester DBX also included optional extras such as a sports exhaust upgrade; 22-inch Ribbon Gloss Graphite wheels; extended leather and wood trim; and the DB Elegance Package for a total MSRP of $222,786. Competitors of the 2021 Aston Marking DBX include the Mercedes-AMG E63, Land Rover Range Rover Sport SVR, BMW X6 M, Lamborghini Urus and Bentley Bentayga. 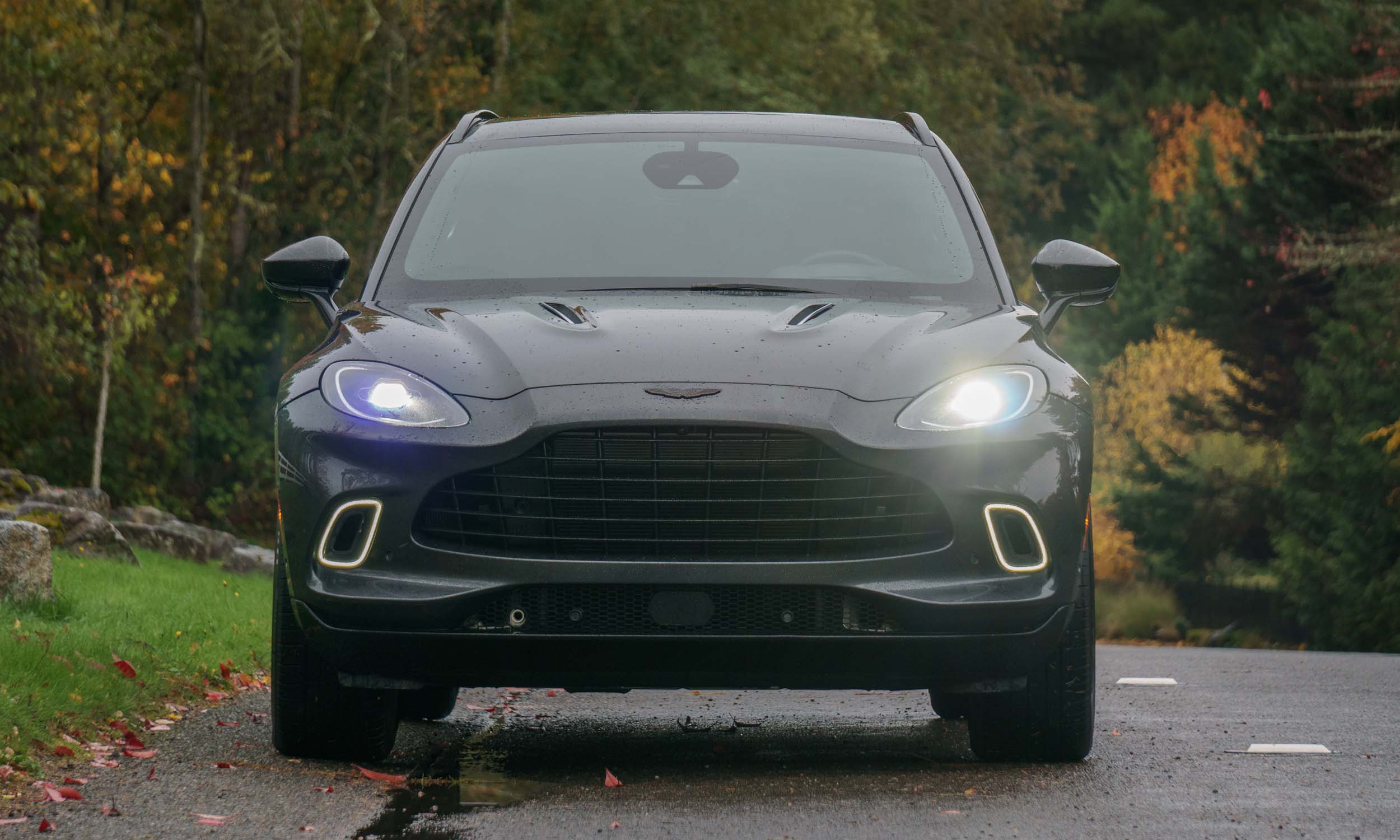 Signature Elements
Although the concept of an Aston Martin SUV might be surprising, the DBX carries styling cues that make it easily identifiable as a member of the famed British marque. Up front sits the signature DB grille that flows into a vented, sculpted hood. The vents provide cooling for the turbocharged engine, and they also reduce front-end lift at speed. Additional air flows through ducts integrated with the LED running lights to deliver air for cooling the brakes as well as reducing drag. 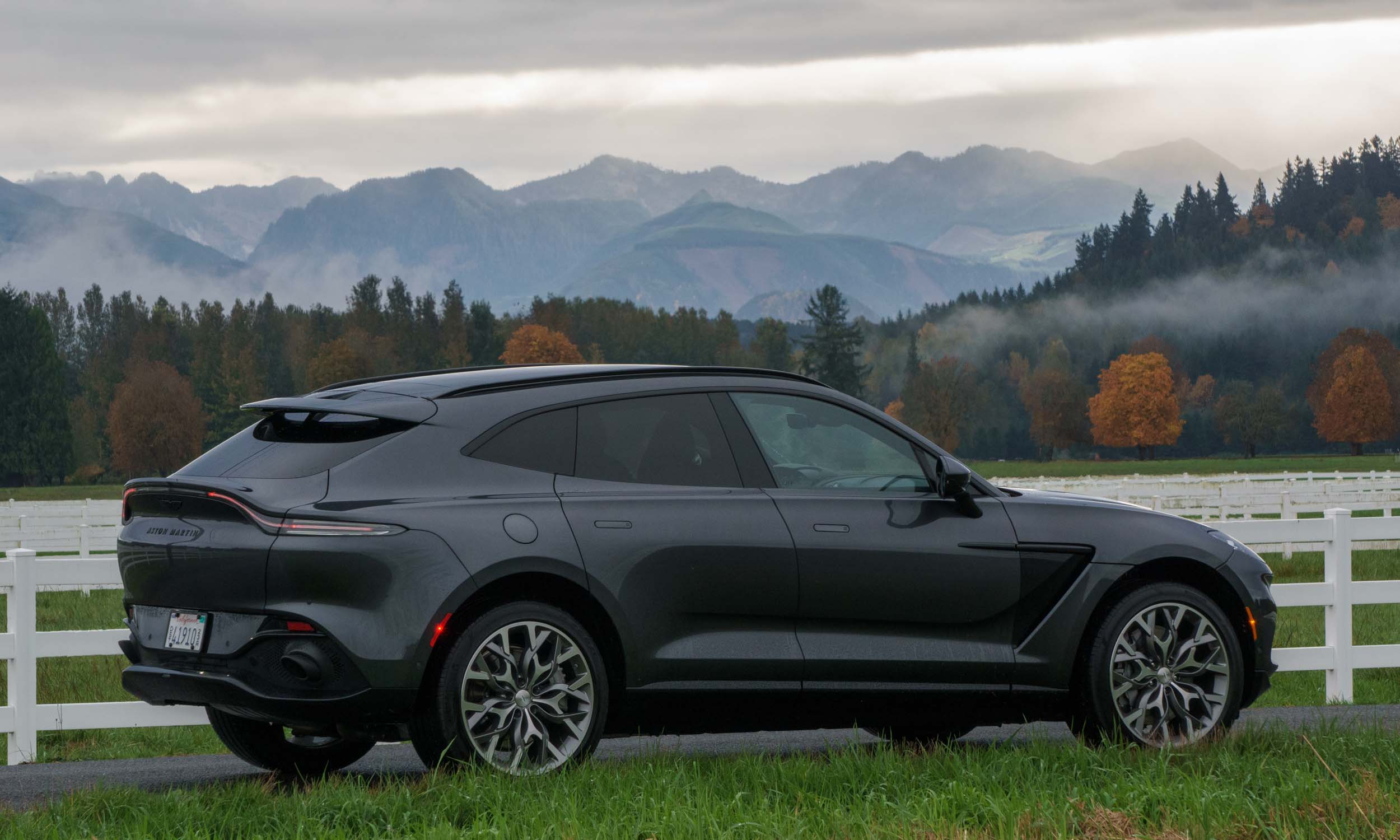 Side View
In our opinion, the best view of the 2021 Aston Martin DBX is in silhouette. The roofline flows smoothly down toward the rear spoiler as a second line moves from the edge of the headlights to the “flip” at the tailgate, inspired by the Aston Martin Vantage. The flush door handles and frameless doors add to this new SUV’s sleek styling, with the whole look firmly underscored by complex, stylish 22-inch alloy wheels. 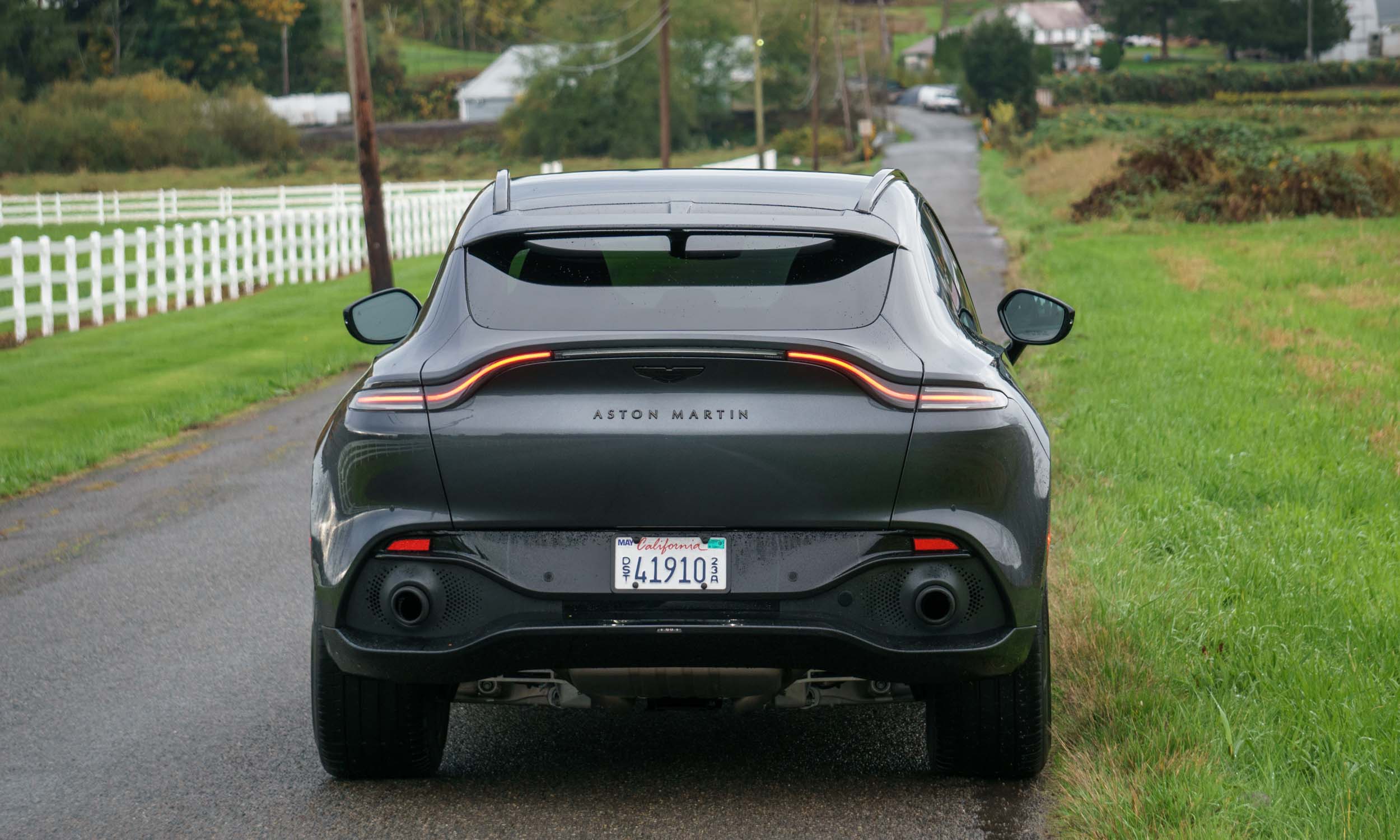 From the Rear
At the rear of the DBX, signature LED taillights span the hatch, following the line of the spoiler. Twin exhaust pipes cleverly integrate with the rear fascia. 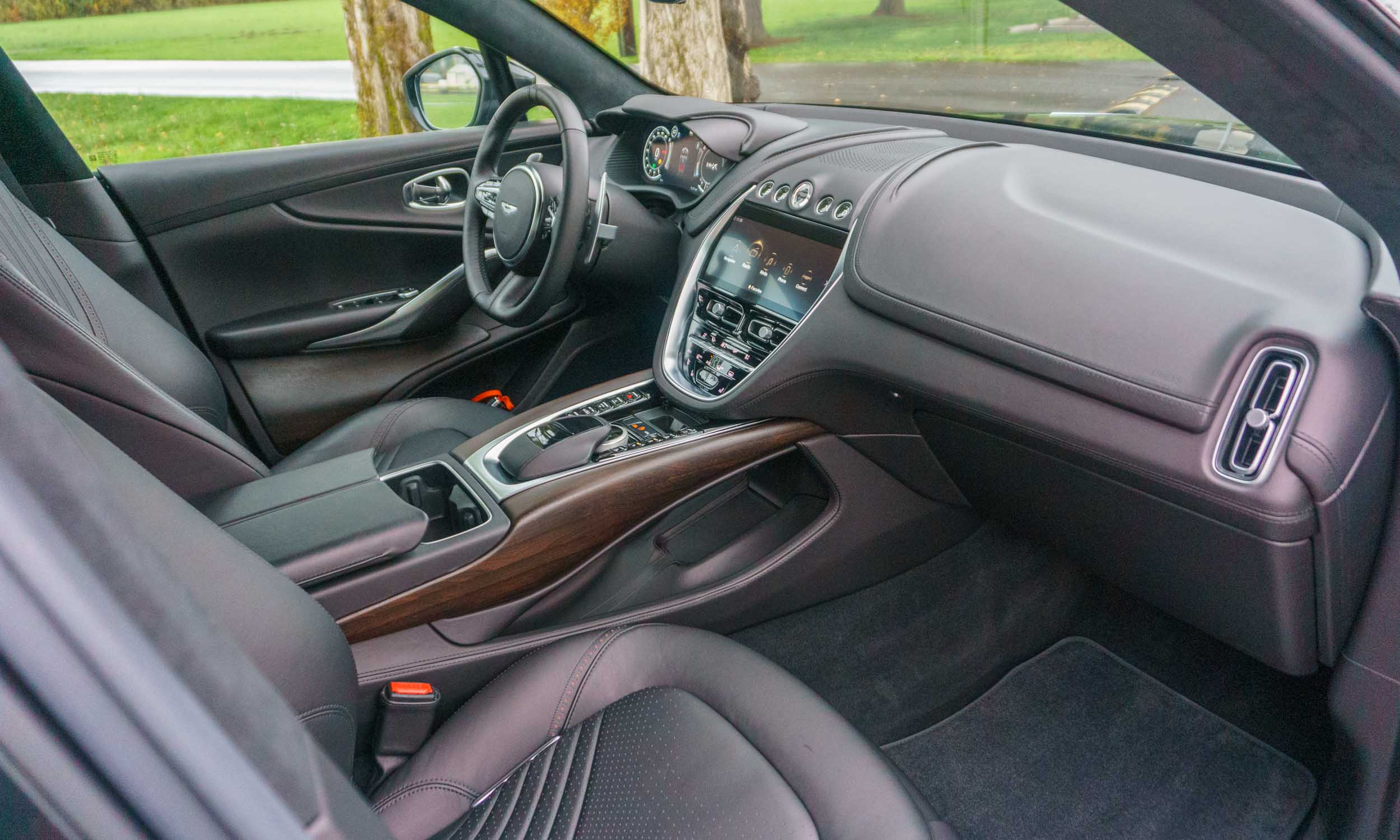 Inner Space
In keeping with Aston Martin tradition, the DBX gets an elegant interior replete with high-quality materials. A floating center console with stylish wood veneer sits between the front seats, offering covered storage as well as additional space below for a larger bag or purse. A 10.25-inch display screen is integrated with the center dashboard, in addition to a 12.3-inch driver display. The Start button and gear selector have a unique location above the main display screen. 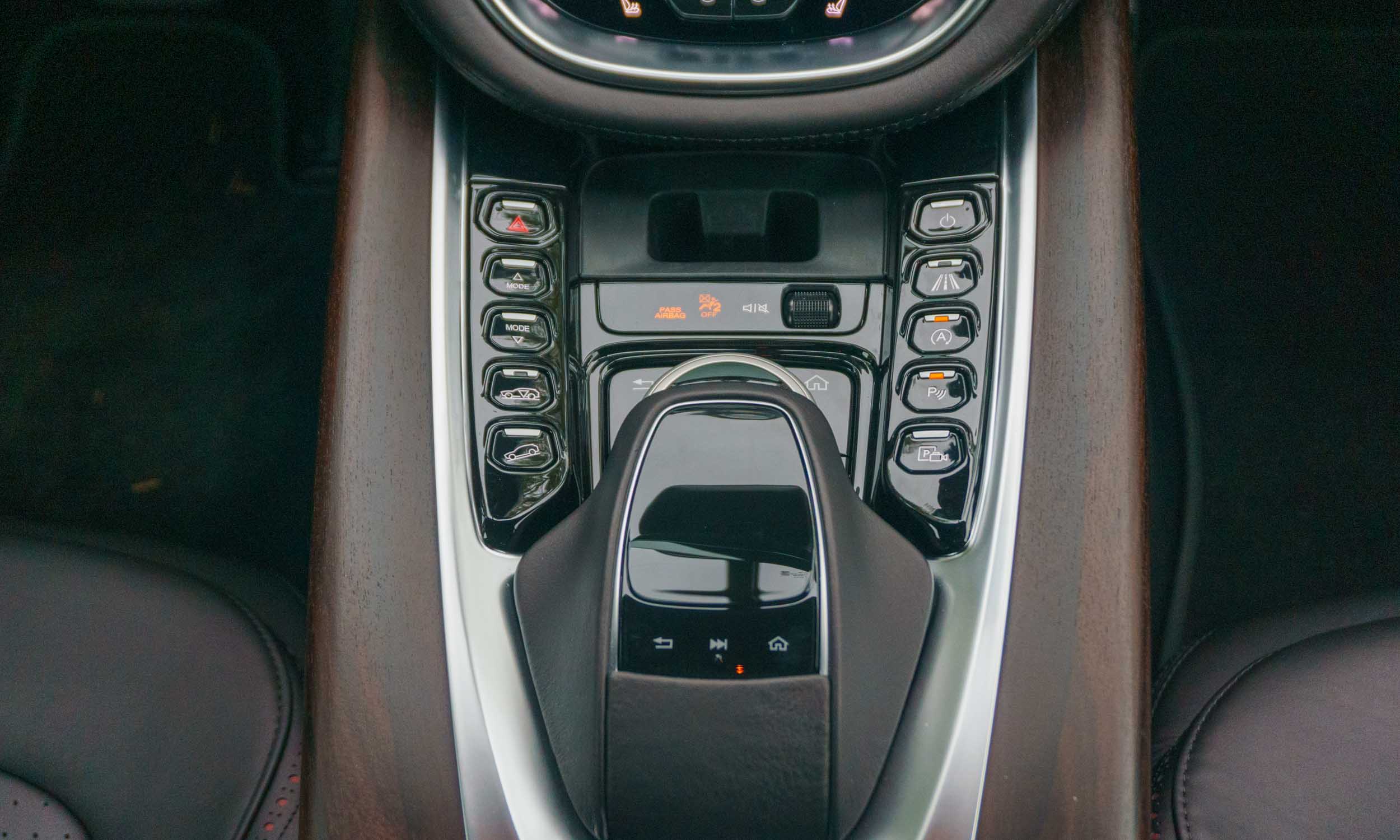 Cumbersome Interface
Surprisingly, the display screen in the DBX is not a touchscreen — interfacing is accomplished via a dial and touchpad on the center console. This can be a bit cumbersome, since users need to scroll through menus to access and select needed items. On several occasions we accidentally changed the radio station simply by inadvertently putting a hand on the touchpad. 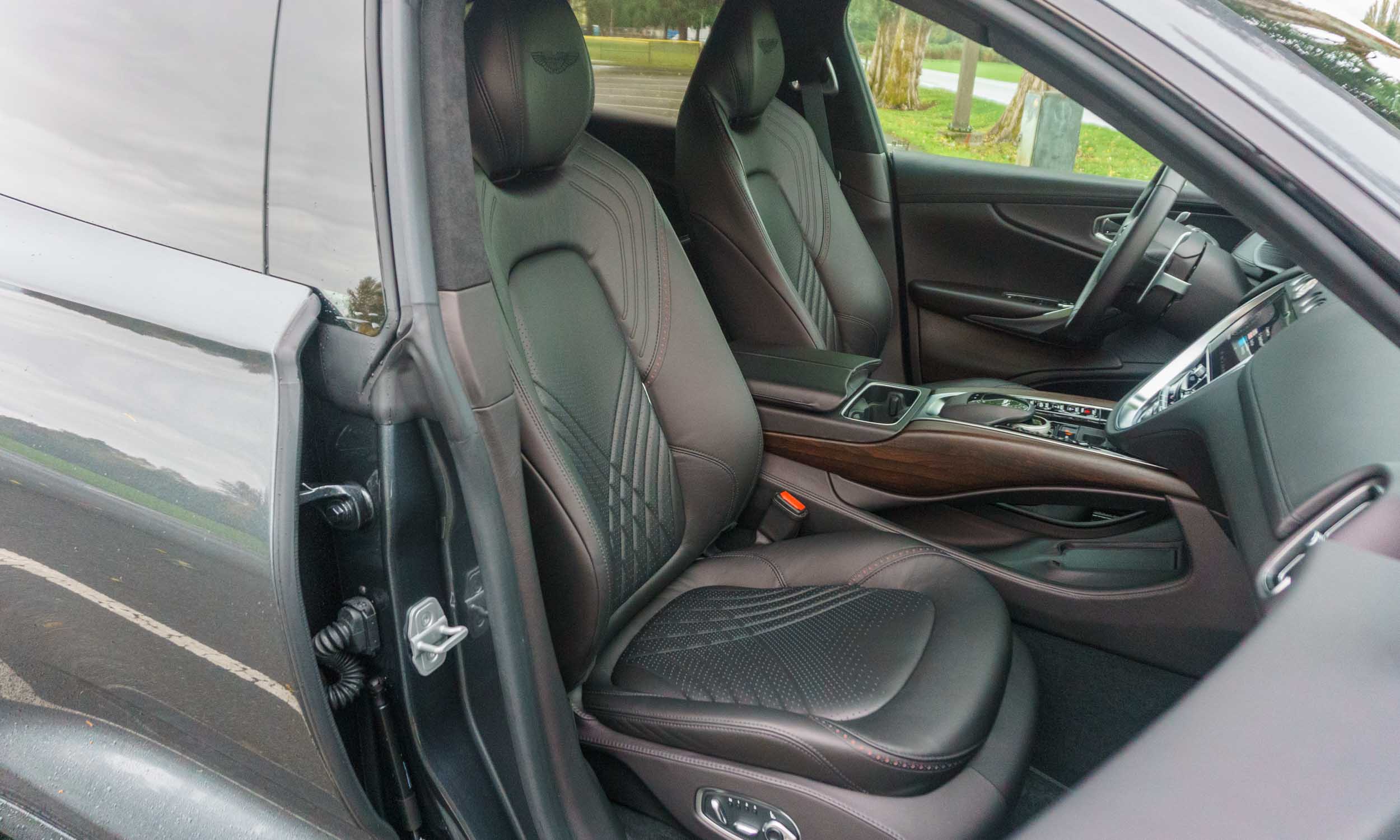 Front Seats
Aston Martin fits the DBX with stylish sport seats swathed in soft leather; the seats feature heating and cooling. Not only do they look attractive with an intricate pattern and contrasting stitching, the seats also provide decent support for long road trips — or some sporty driving. 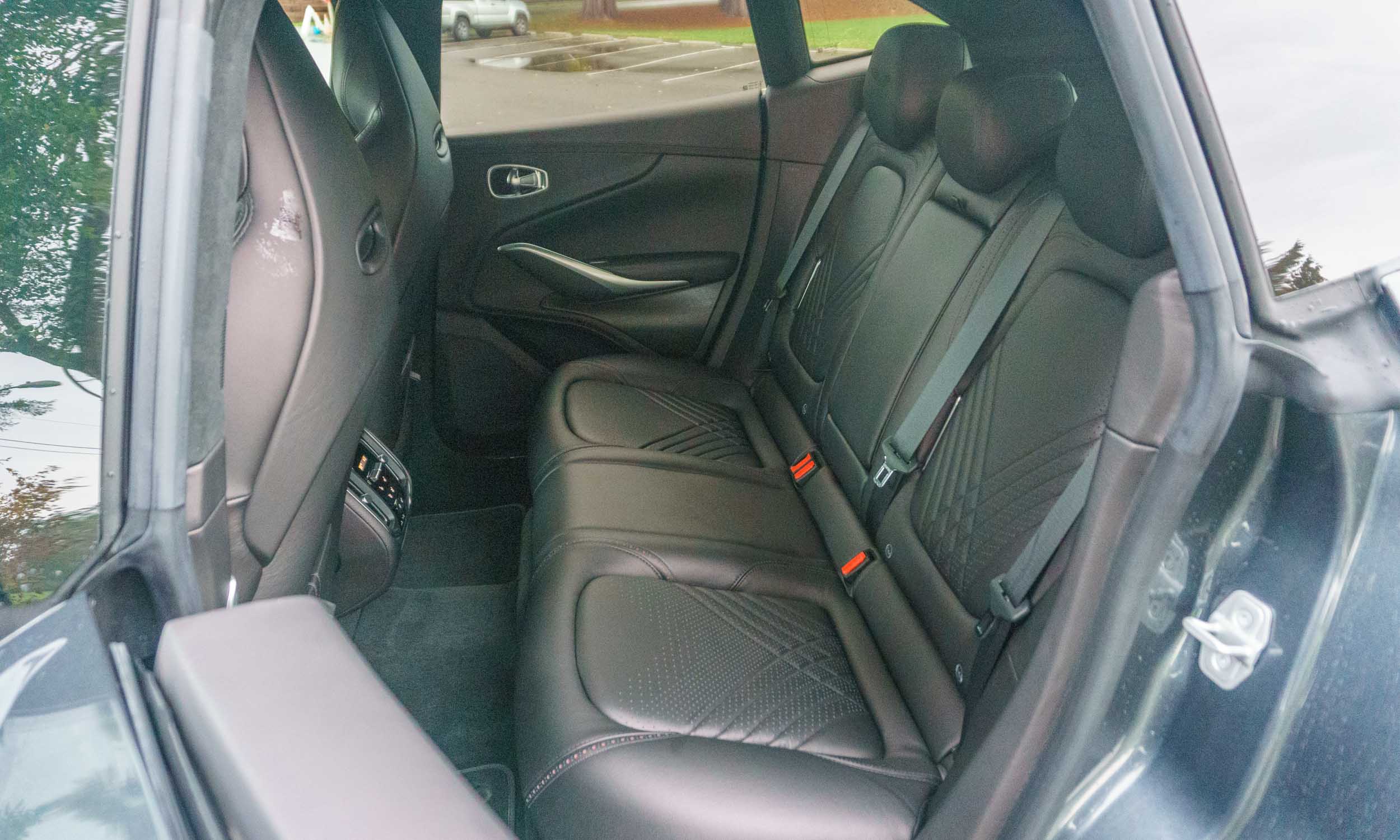 Rear Seat
Call it a bit of comfortable irony: Although the 2021 Aston Martin DBX doesn’t feel like a large SUV from behind the wheel, the rear seat offers plenty of room. The rear passenger space has significant headroom and legroom — three adults would be relatively comfortable. Climate controls are available for rear-seat passengers, as are dual USB ports. 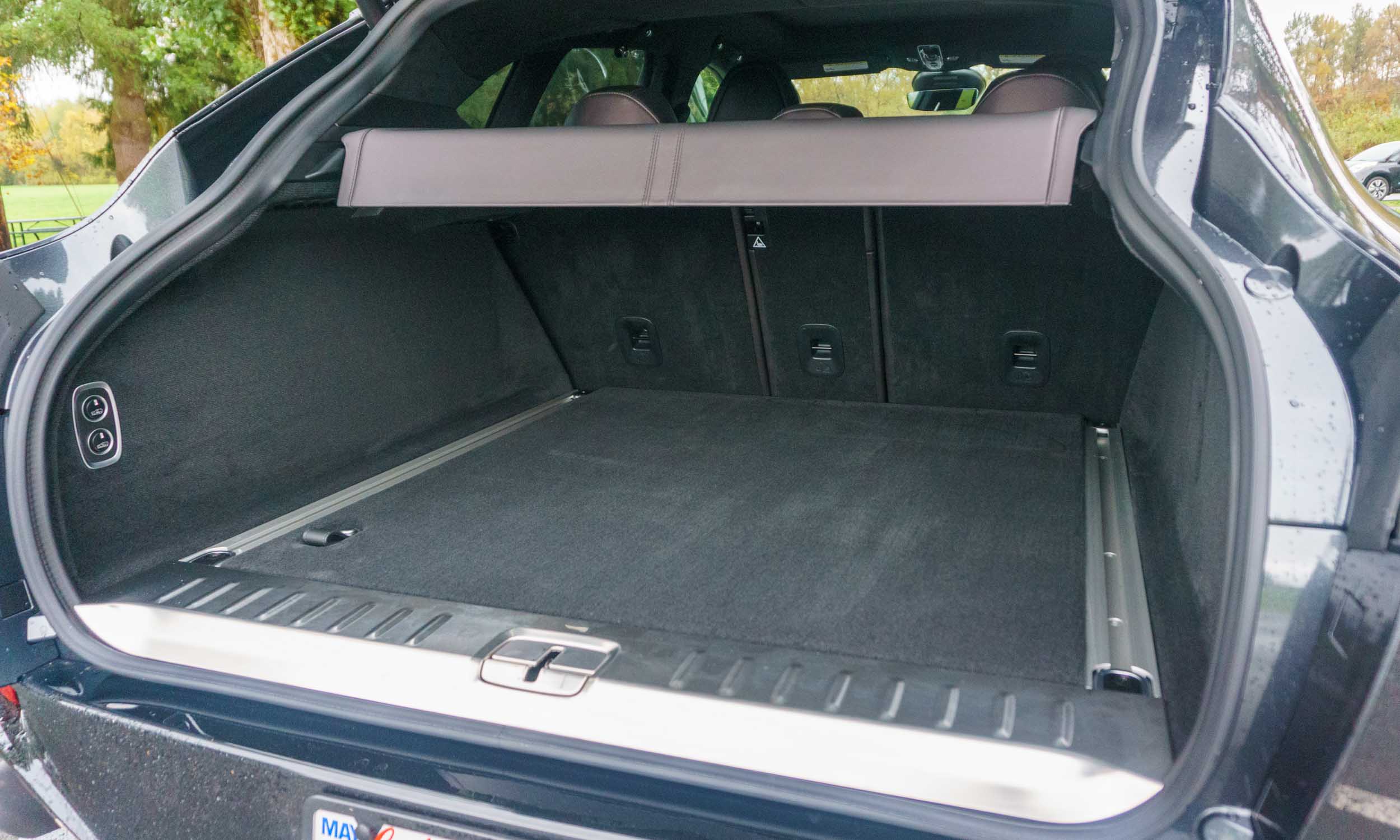 Cargo Space
And even though this new vehicle is quintessentially Aston Martin, the DBX still provides all the utility expected of an SUV. The rear cargo hatch opens with the sweep of a foot under the bumper, and the cargo area has space for multiple pieces of luggage; buttons in the rearmost area allow the vehicle to be lowered for easier loading and unloading. 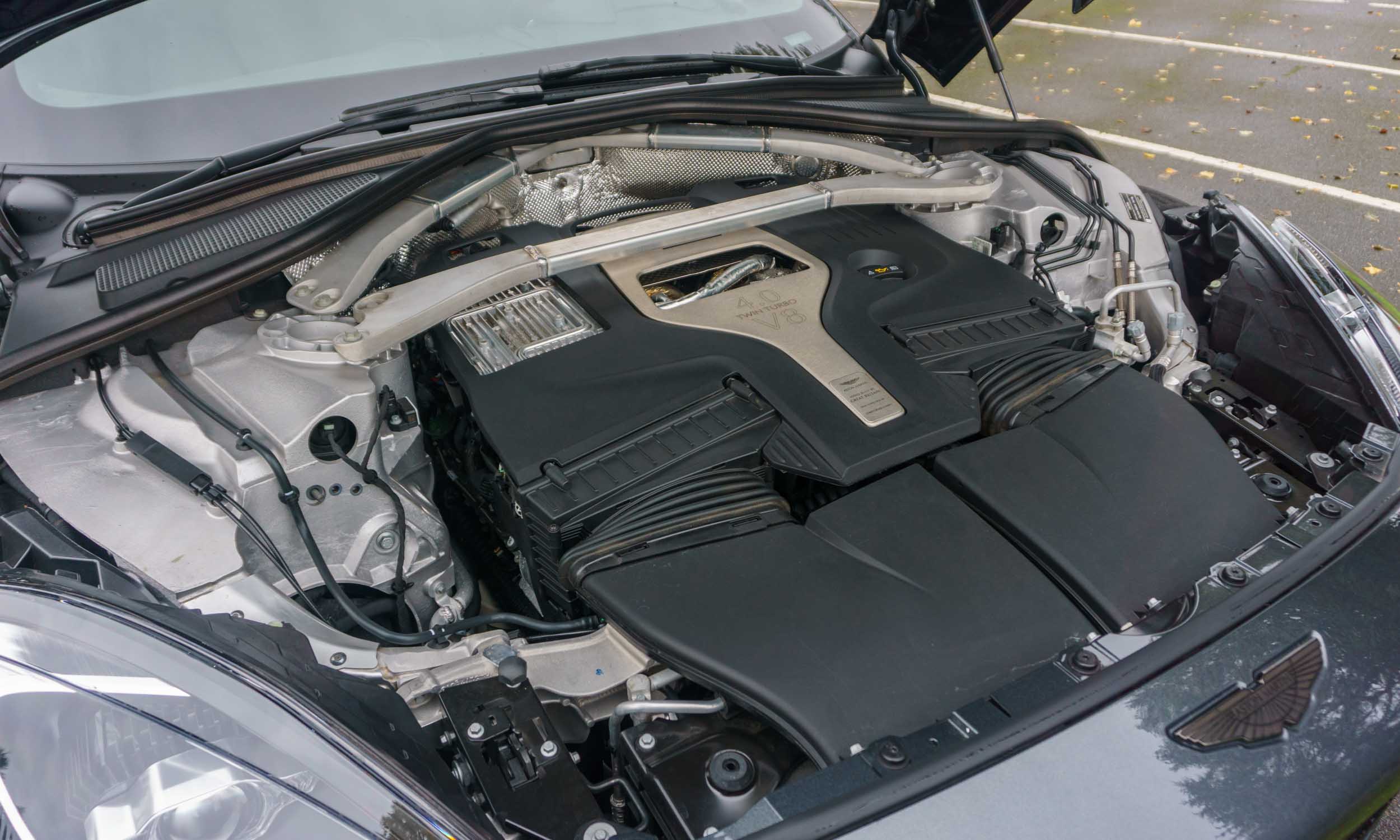 Under the Hood
In keeping with other members of the Aston Martin portfolio, the DBX has power to match its high-performance profile. Motivation comes from a 4.0-liter twin-turbo V8 engine sourced from Mercedes-AMG; the unit generates 542 horsepower and 516 lb-ft of torque. According to Aston Martin, the DBX sprints to 60 mph in 4.3 seconds and reaches a top speed of 181 mph. Although we didn’t test for top speed on public roads, based on our drives we certainly wouldn’t argue with that acceleration stat. 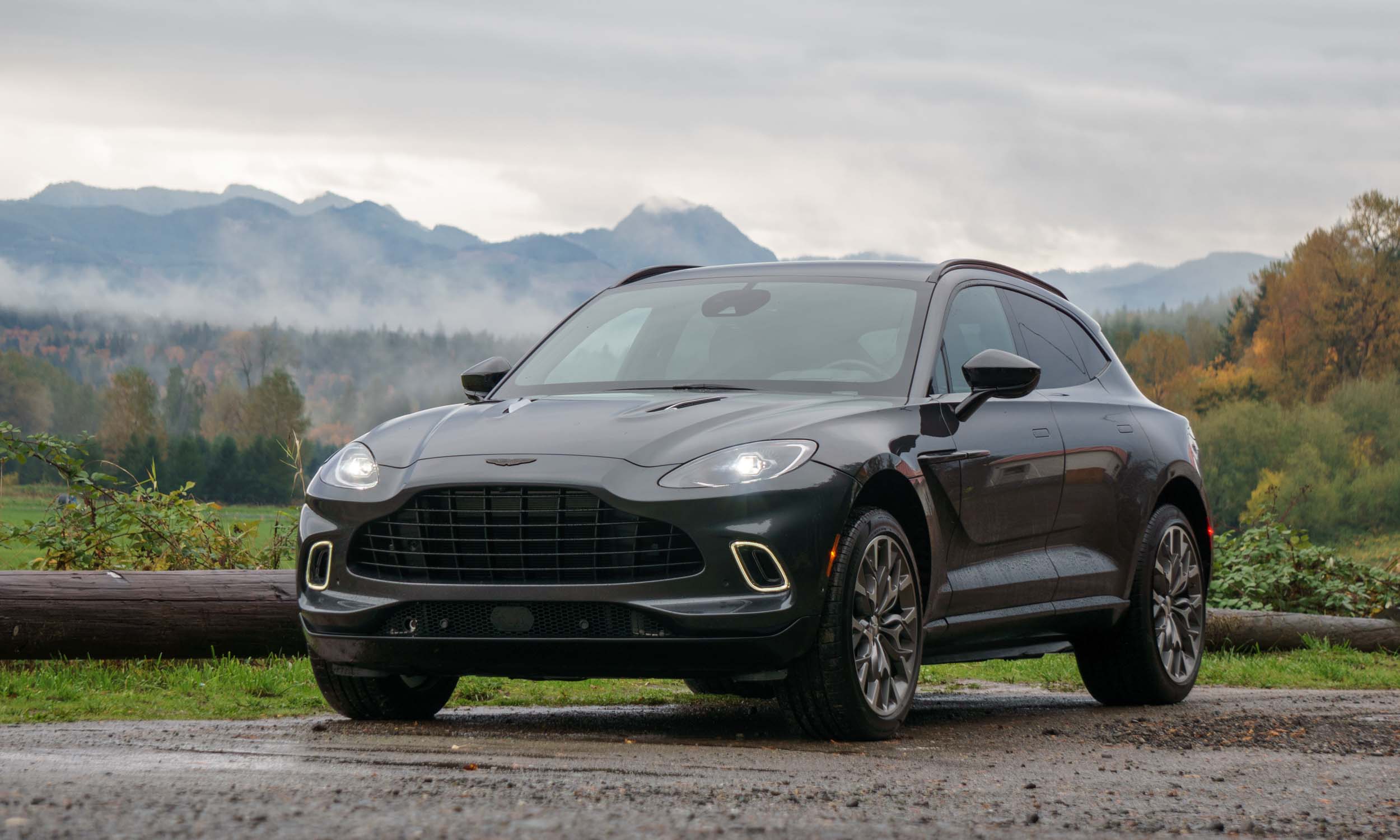 All-Wheel Drive
The 2021 Aston Martin DBX manages power through a 9-speed automatic transmission that sends all that V8 power to a sophisticated all-wheel-drive system featuring an active center differential and a limited-slip rear differential. As much as 47 percent of the torque can be directed to the front as needed, or 100 percent can be directed to the rear wheels. Power can also be directed from side to side at the rear axle for improved traction and performance. 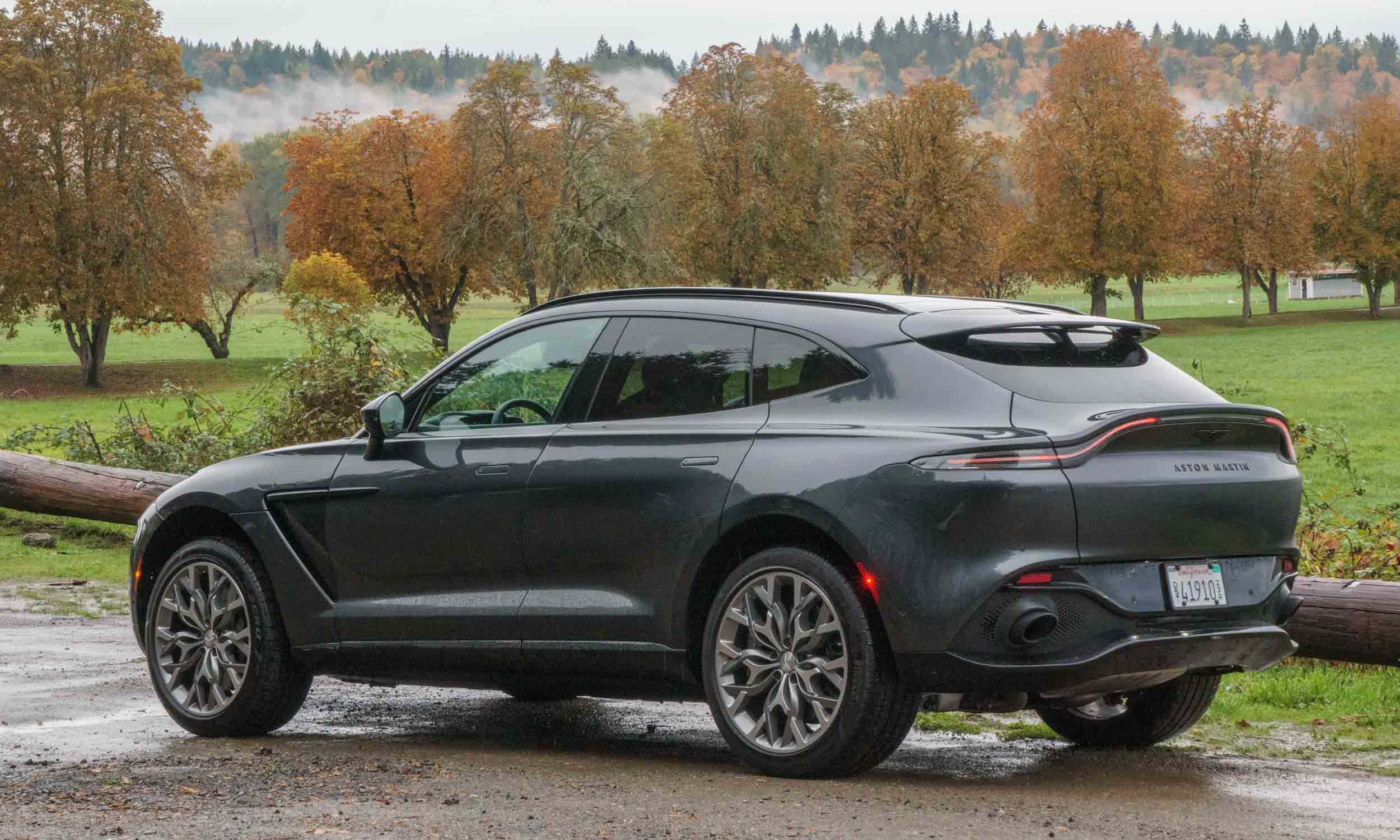 A Proper SUV
In addition to the all-wheel-drive system providing traction in slick or rough conditions, an air suspension system can raise or lower the DBX by almost 2 inches — raising to tackle tougher terrain or lowering for easy ingress and egress. In its highest position, the DBX boasts 9.25 inches of ground clearance as well as the ability to ford almost 20 inches of water. This Aston Martin also has the ability to tow almost 6,000 pounds. 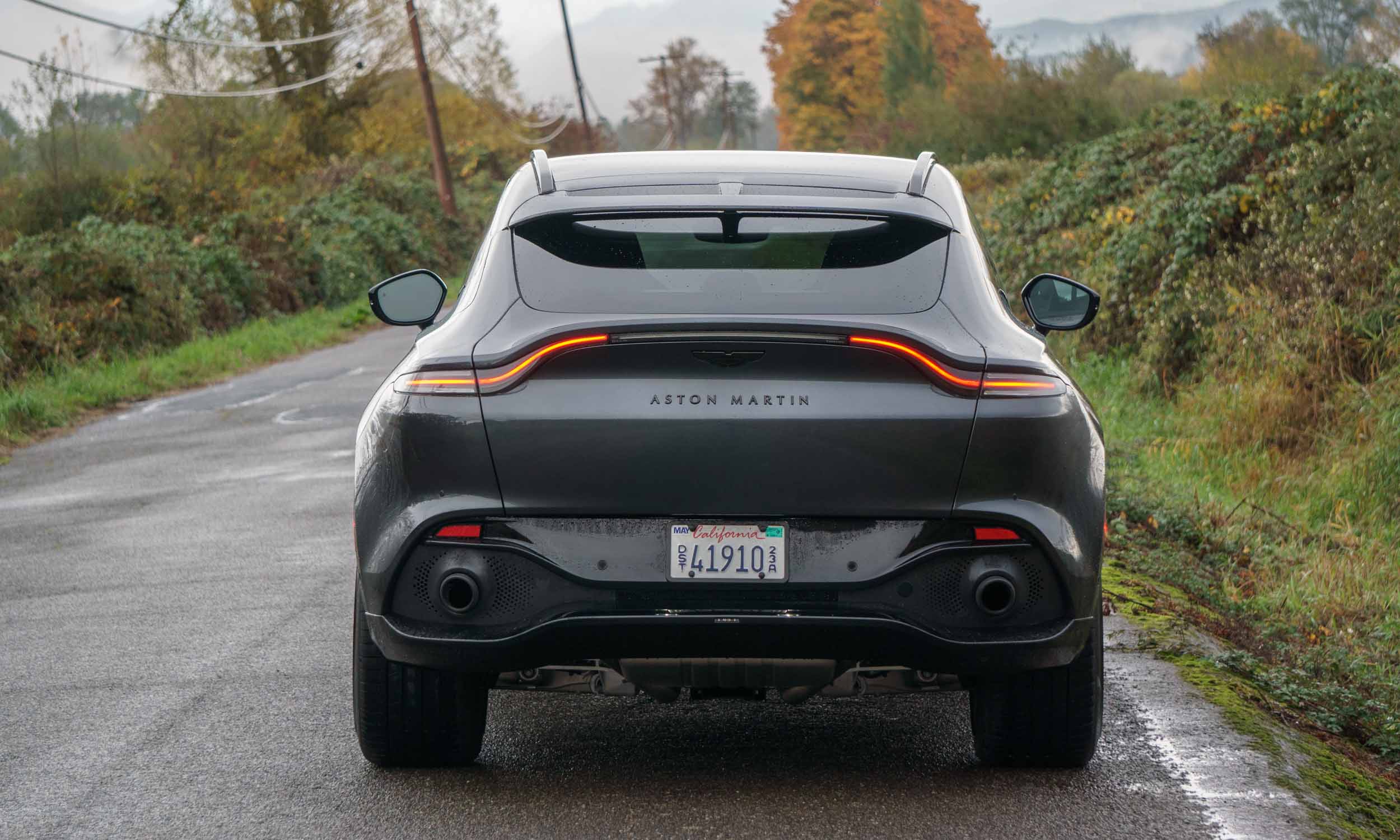 Wonderful Sound
Every time we got into the 2021 Aston Martin DBX and pressed the big Start button in the center of the dashboard, a satisfying smile immediately appeared courtesy of the powerful V8 that wakes with a roar. The exhaust rumble from the big pipes sounds wonderful at idle, and revving the engine lets anyone within earshot know that the DBX is not a typical SUV. 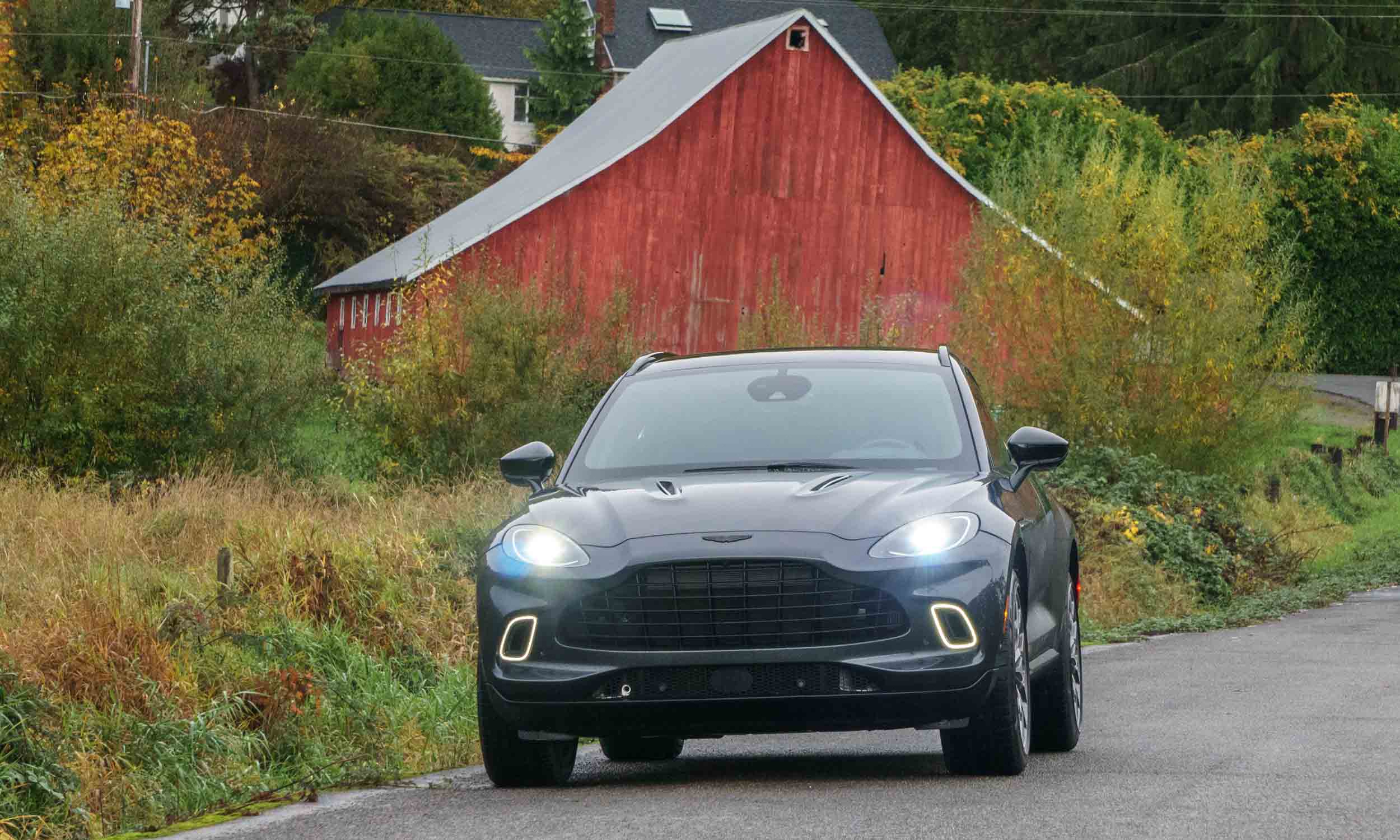 On the Road
Like other models in the Aston Martin line, the DBX is a proper grand tourer. Driving swiftly on freeways as well as slowly around town, the DBX cruises comfortably and quietly. Plenty of power is always at the driver’s disposal, although this Aston is perfectly content to cruise for hours. With supportive seats and plenty of space, the DBX would be a natural choice for a long road trip. The only drawback might be fuel economy — during our drives, the display showed the DBX averaging about 10 mpg. 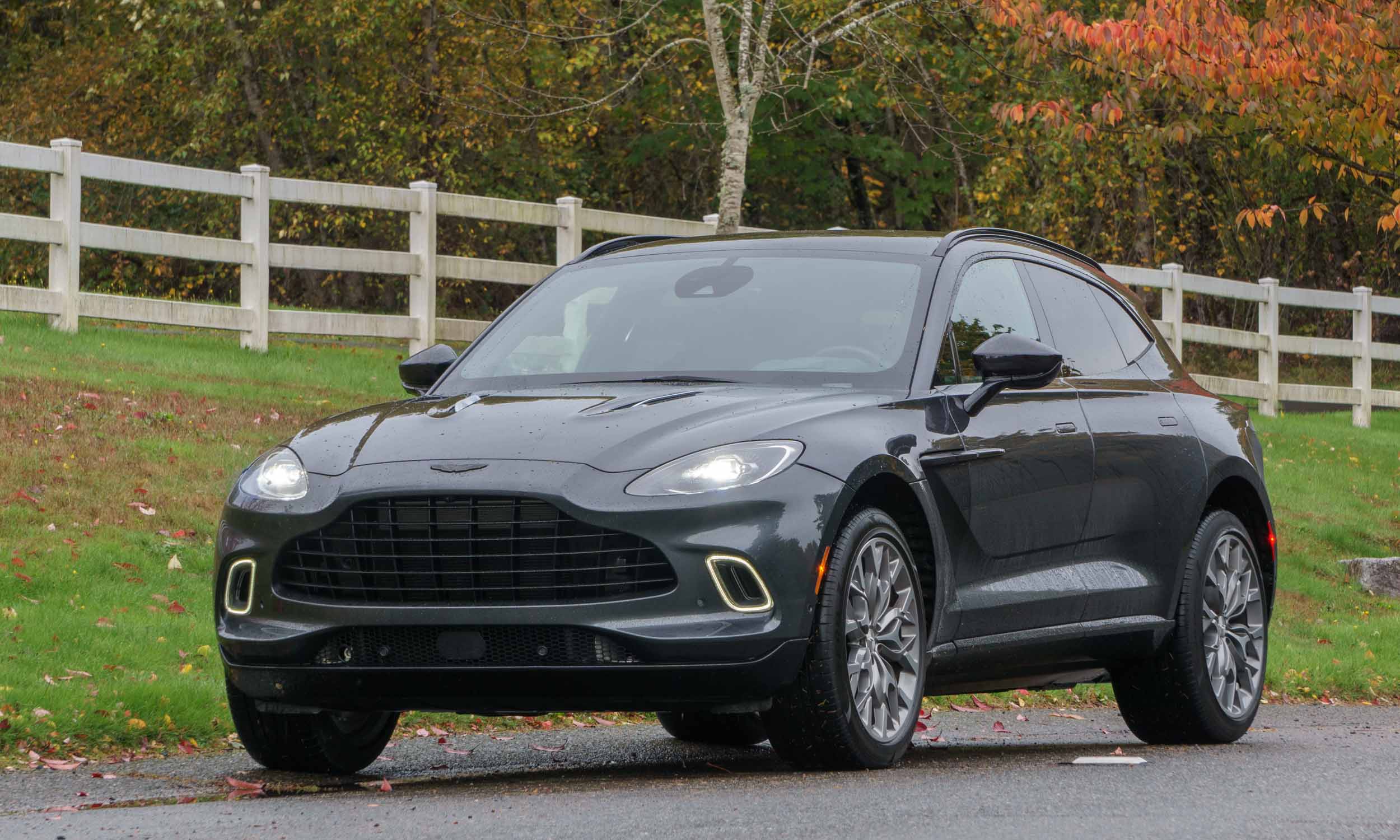 Strong Acceleration
During our few days of test driving the 2021 Aston Martin DBX, the weather was typical Pacific Northwest fare — intermittent rain. While traversing rain-soaked roads that were a little slick, the DBX’s all-wheel drive system and stability control intelligently managed the vehicle’s considerable power. At one point some overeager acceleration out of a turn resulted in slight oversteer; before the rear end could kick out the stability system had already corrected the situation, putting us easily back on course. Even at highway speeds a quick step on the throttle pushes occupants into their seatbacks while the DBX quickly dispatches any slower cars. 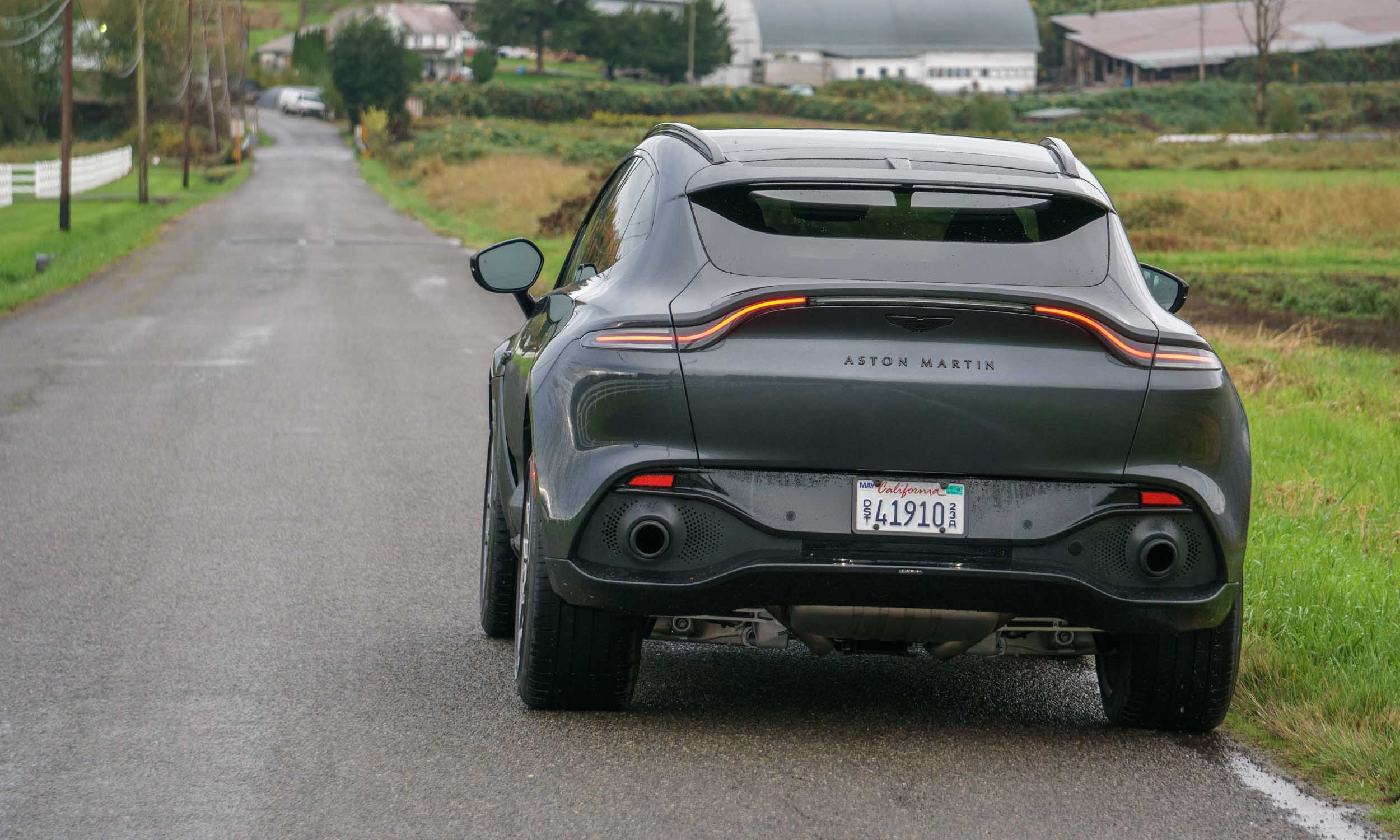 No Drama
Once the wet roads dried, the DBX became even more fun to drive. Grip from the Pirelli P-Zero summer tires improved dramatically, allowing us to hustle the Aston SUV into corners. And although it cruises like a GT, the DBX also handles like a sports car. Steering is precise with excellent feedback, and the DBX stays flat through the corners. The SUV’s strong brakes inspire confidence, and acceleration out of corners in dry weather is pleasingly quick with no drama. 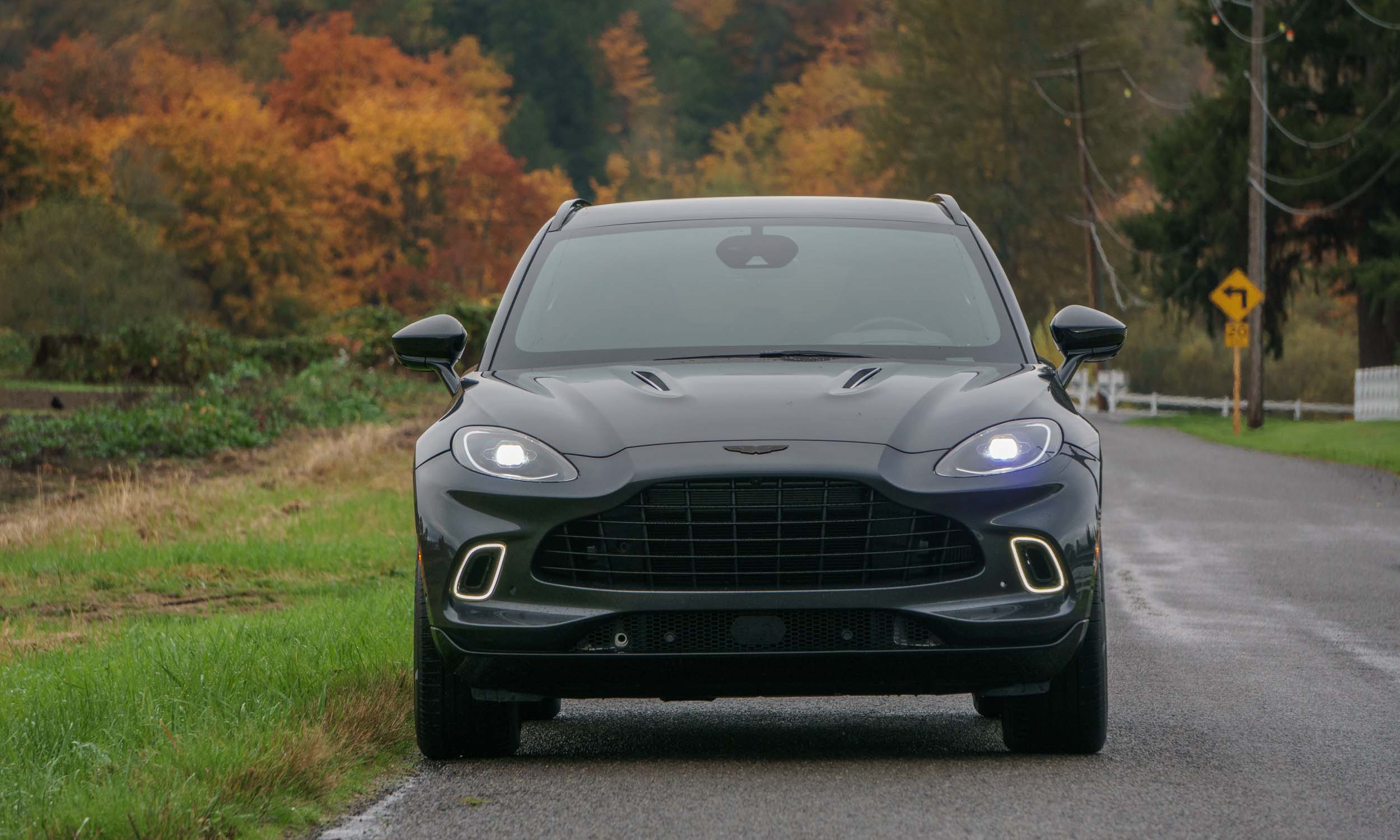 Rating: 9.0
Although some might still think it sacrilege for a company such as Aston Martin to produce an SUV, after spending a few days with the DBX we had no reservations about this most capable Aston Martin. With head-turning looks, a luxurious performance-oriented interior, a powerful V8 under the hood and a roaring exhaust note, the DBX earns a rightful place within the legendary marque’s lineup. Add in full-time all-wheel drive, room for five plus cargo, and air suspension that increases ground clearance for off-road forays (however unlikely they may be), there is no question that DBX is — indeed — the Aston Martin of SUVs. 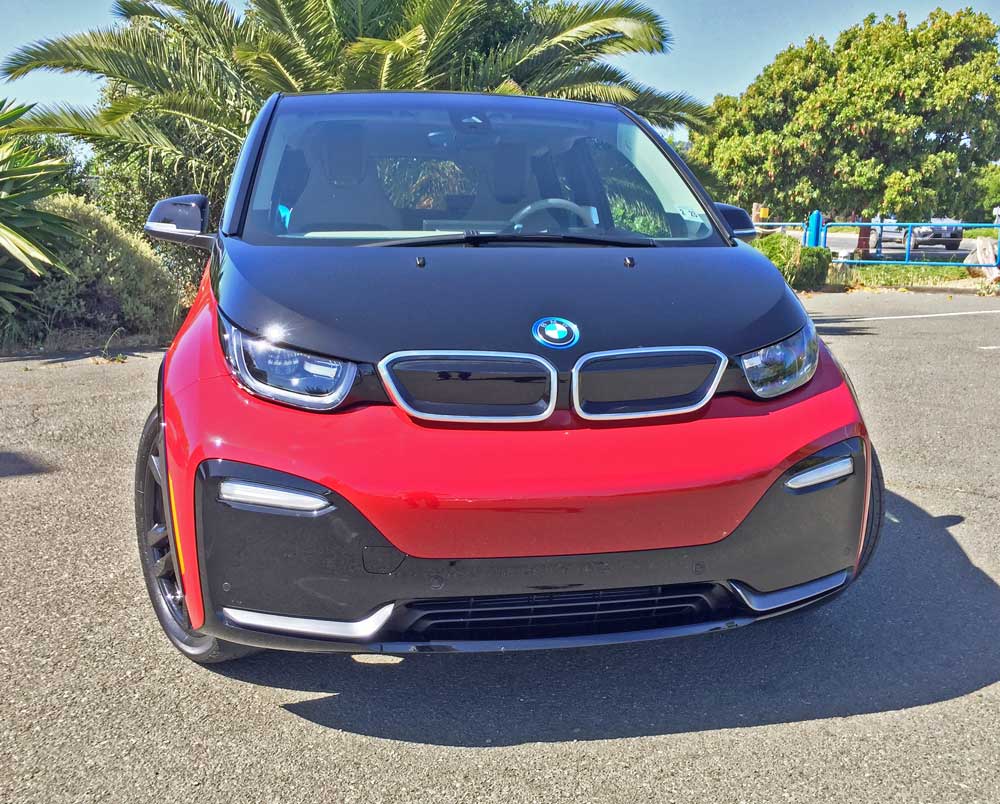