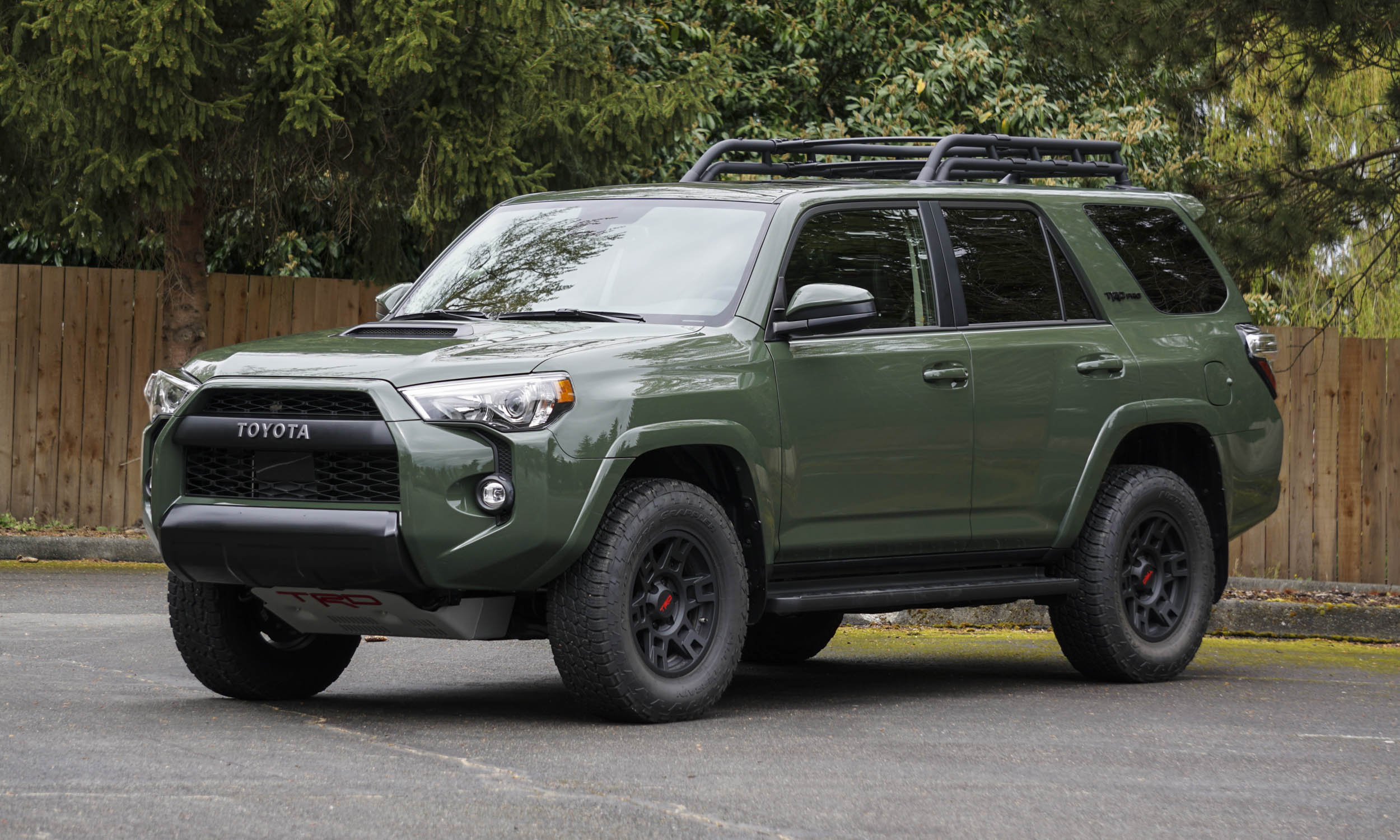 2020 Toyota 4Runner TRD Pro
Perhaps one of the most recognizable vehicles on the road today, the stalwart Toyota 4Runner reigns as an original sport-utility vehicle still evolving since its debut in 1984. Based on Toyota’s pickup platform, the 4Runner has received numerous facelifts, new technologies and luxury amenities over the years, but at its core it remains one of the most capable off-road vehicles on the market. 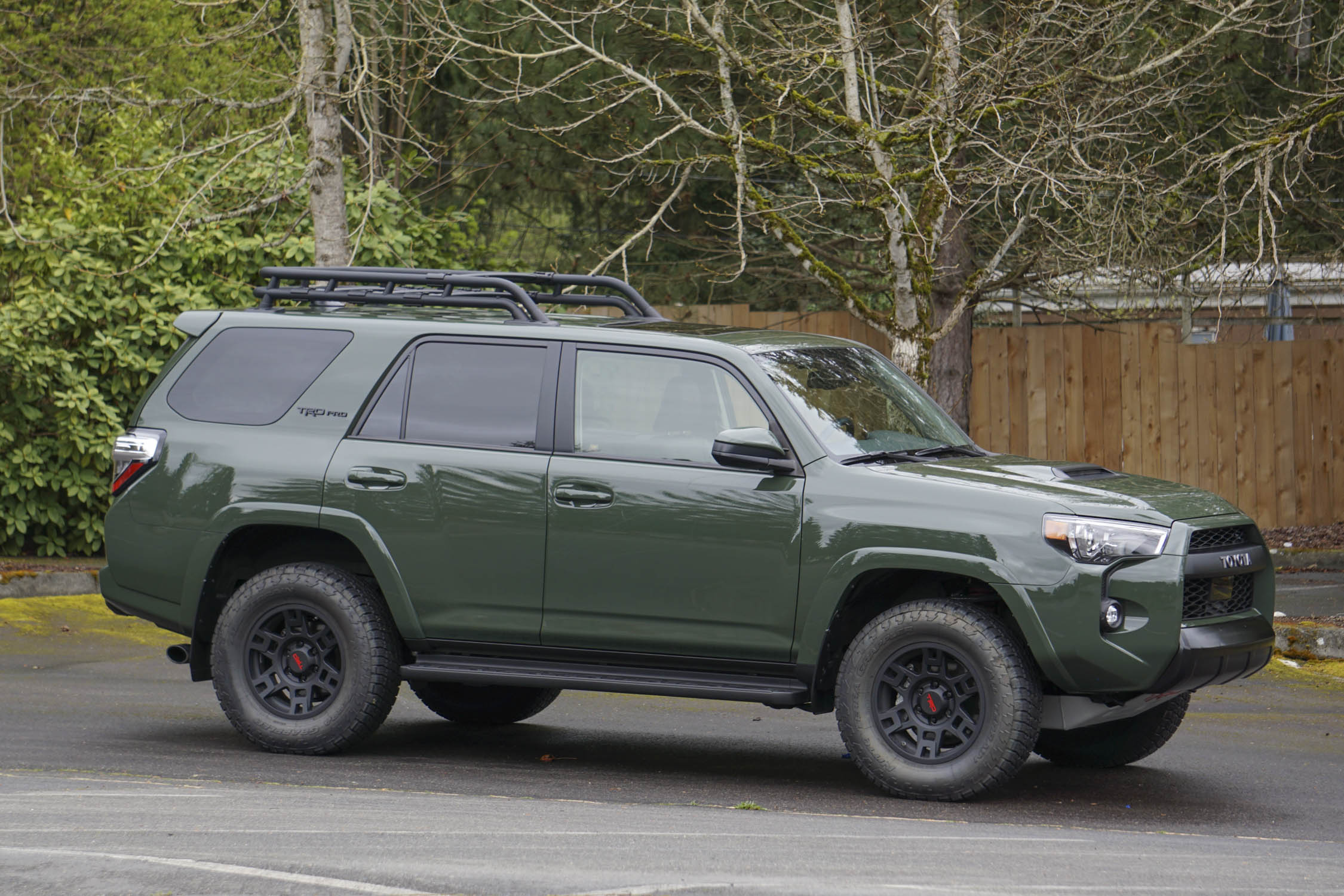 Test Vehicle
Our test vehicle was the 2020 Toyota 4Runner TRD Pro painted in Army Green and equipped by Toyota Racing Development. The automaker’s TRD factory performance division tweaks the standard 4Runner for improved off-road performance based on the division’s many years of off-road racing experience. Starting MSRP for the 4Runner TRD Pro is $49,765, and our tester arrived with options including a sliding cargo floor, running boards and a cargo divider for a total MSRP of $52,147, which includes a delivery, processing and handling fee. 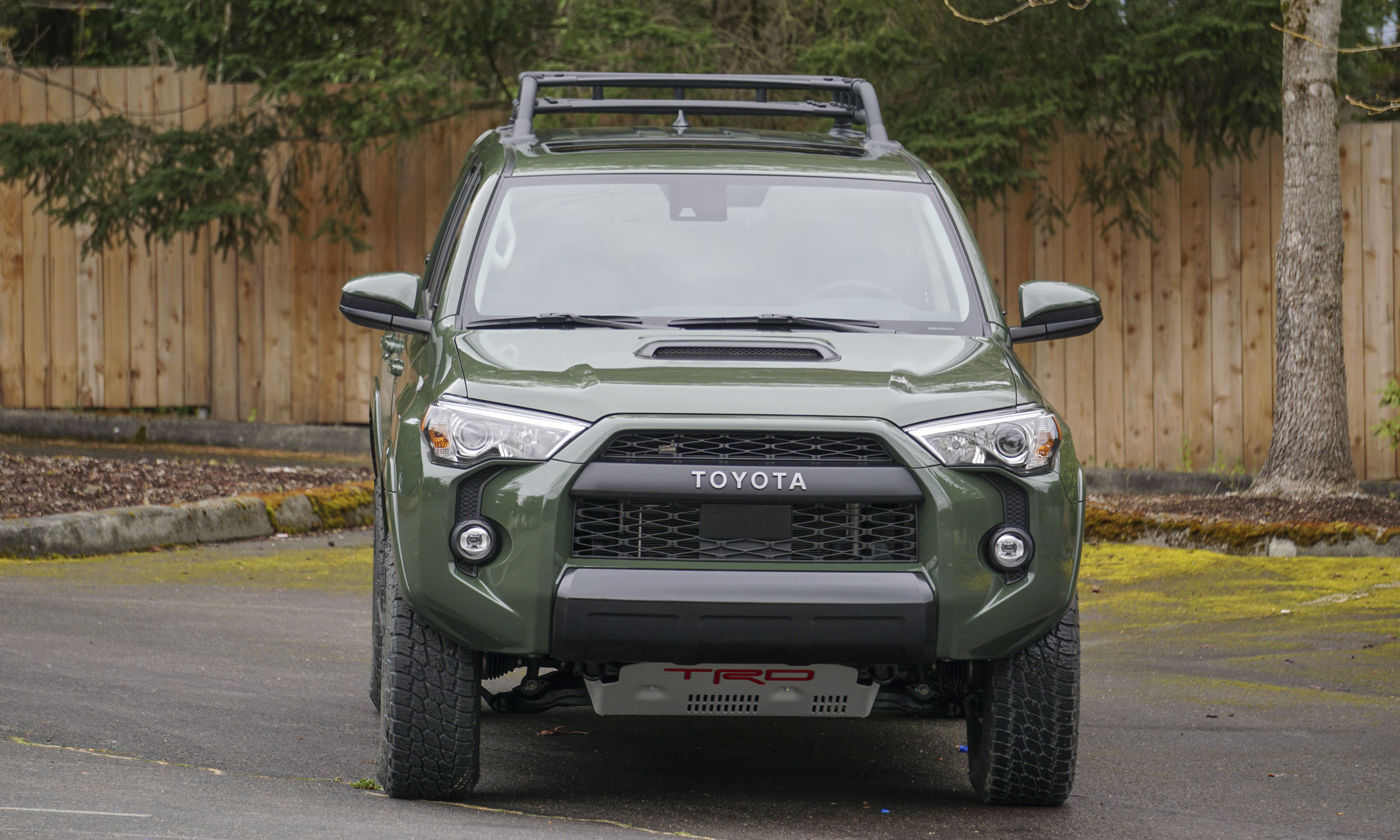 Bold Exterior Design
The 4Runner has retained its original upright, boxy design throughout generations of exterior updates, and for 2020 the SUV gets a bold grille design with prominent TOYOTA lettering for the TRD Pro. The 4Runner TRD Pro also features color-keyed overfenders, door handles and mirrors; a hood scoop; a rear spoiler and bumpers with black accents. 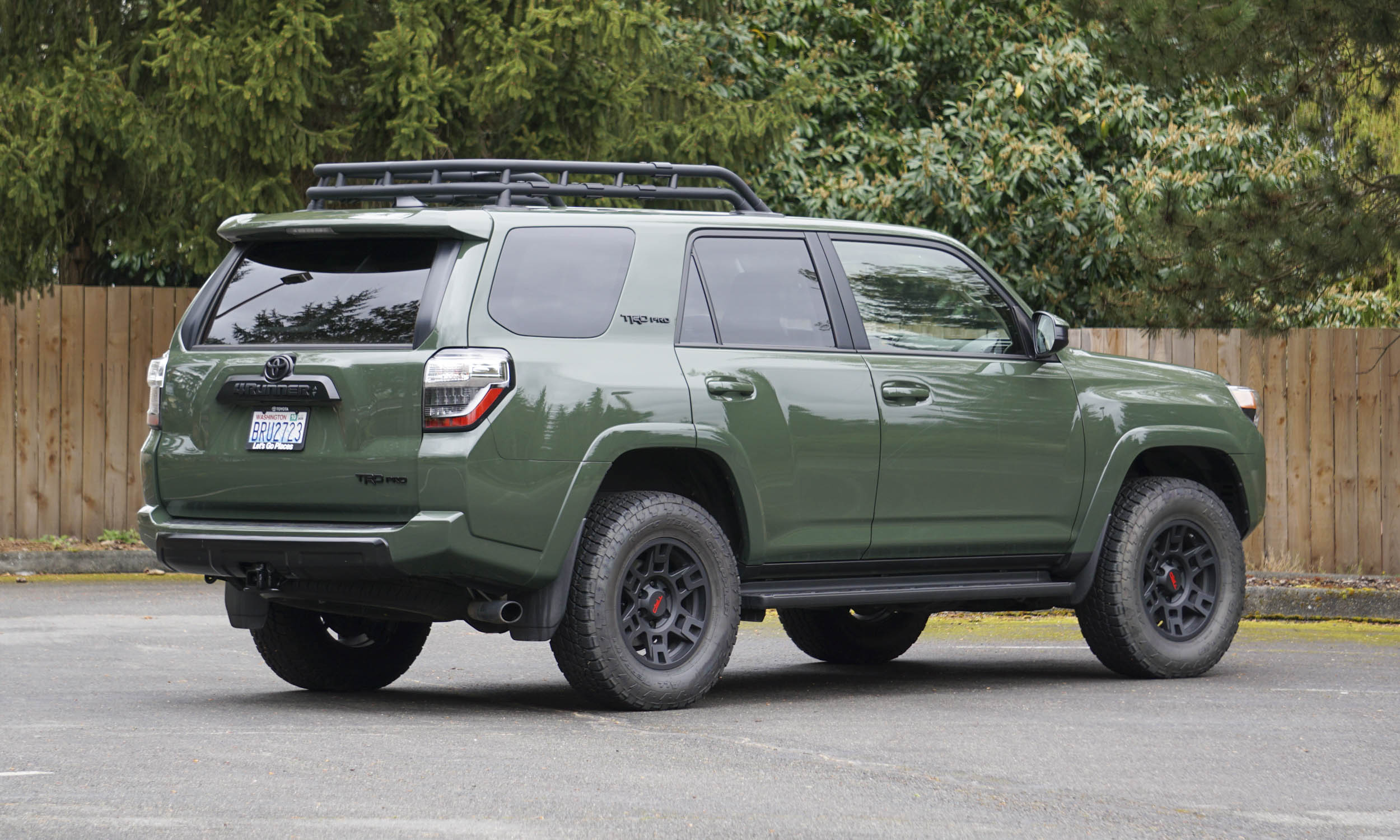 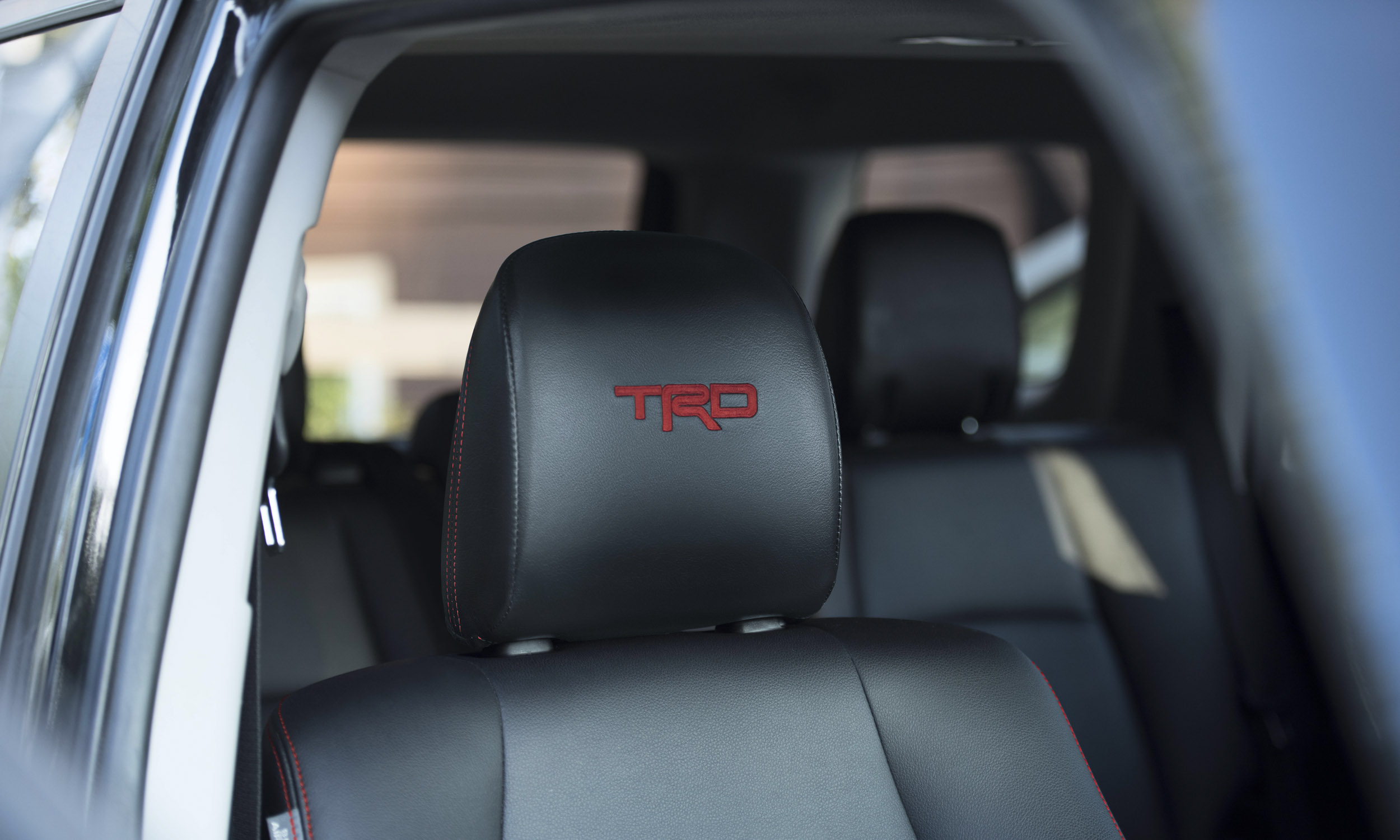 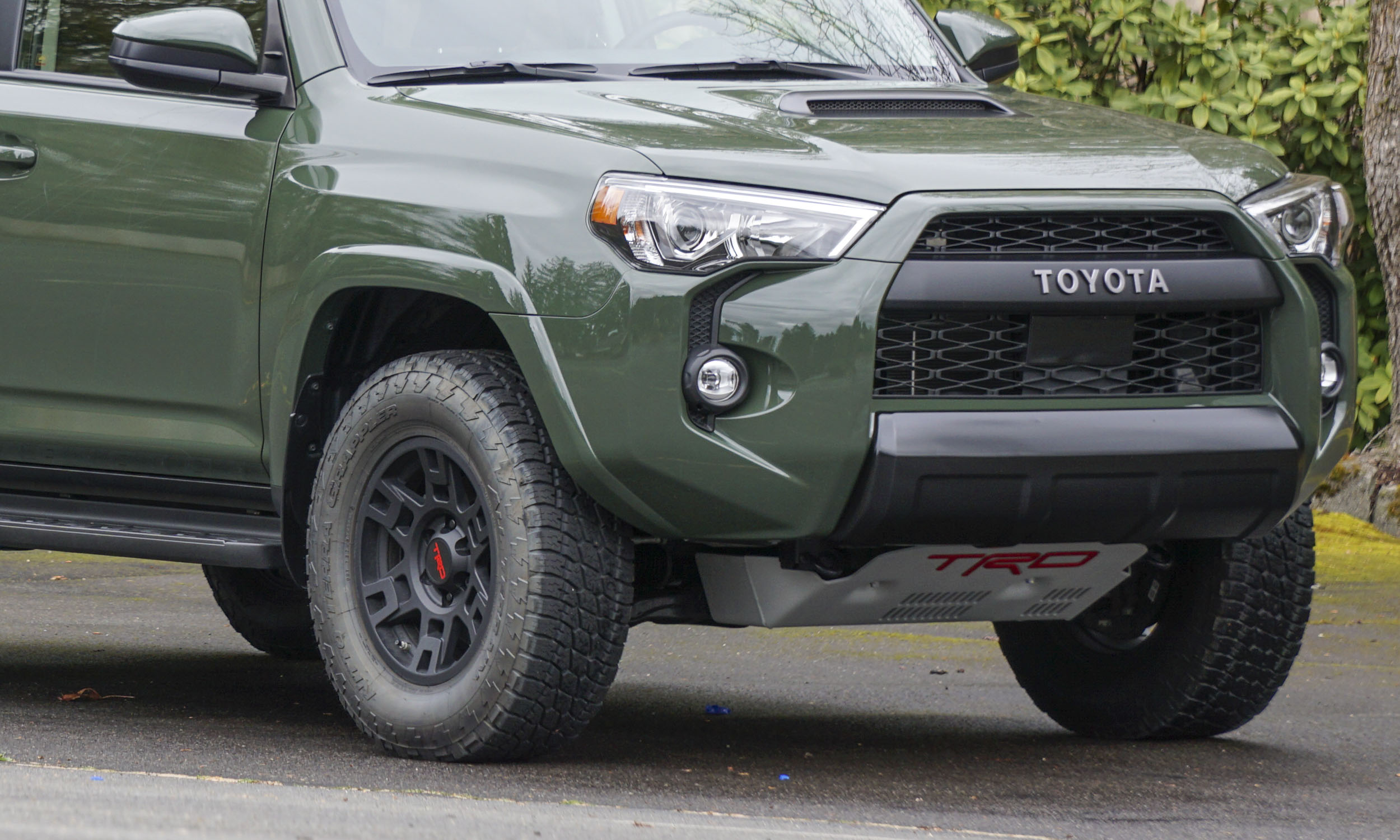 Under the Hood
The 2020 Toyota 4Runner TRD Pro draws power from a 4.0-liter V6 engine producing 270 horsepower and 278 lb-ft of torque, combined with a 5-speed automatic transmission. That power gets delivered through a part-time all-wheel-drive system with a 2-speed transfer case and a locking rear differential. The 4Runner TRD Pro also includes Multi-Terrain with Crawl Control and Hill-Start Assist Control. 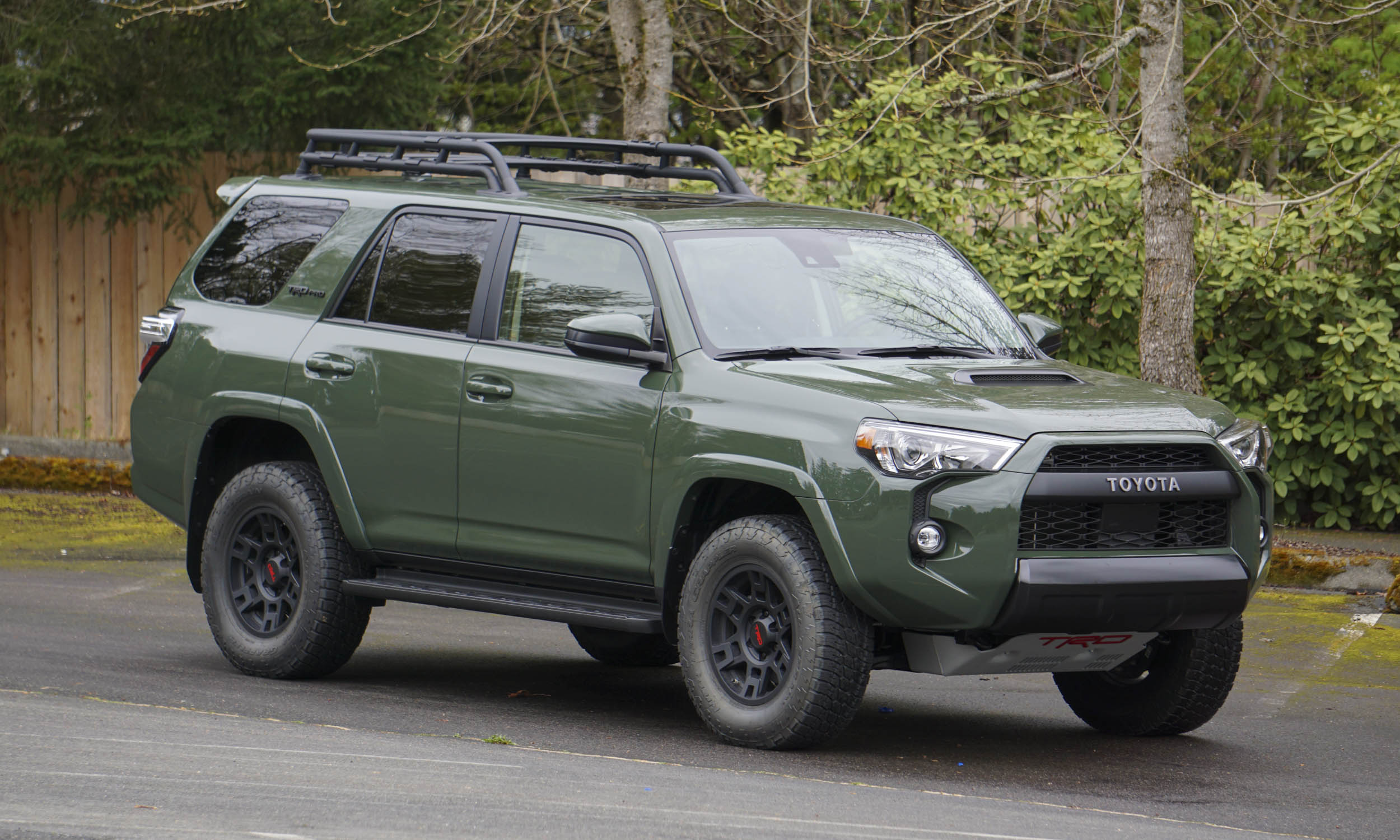 TRD Pro Army Green
An exterior color exclusive to the TRD Pro trim level of the 4Runner lineup, the Army Green paint is not a drab, inconspicuous color as the name suggests. Toyota’s particular Army Green and the 4Runner TRD Pro’s black accents and accessories create a striking combination that tends to attract attention rather than blend in. Red TRD logos on the matte-black wheels and skidplate underscore the fact that this 4Runner has the goods for some real off-roading. 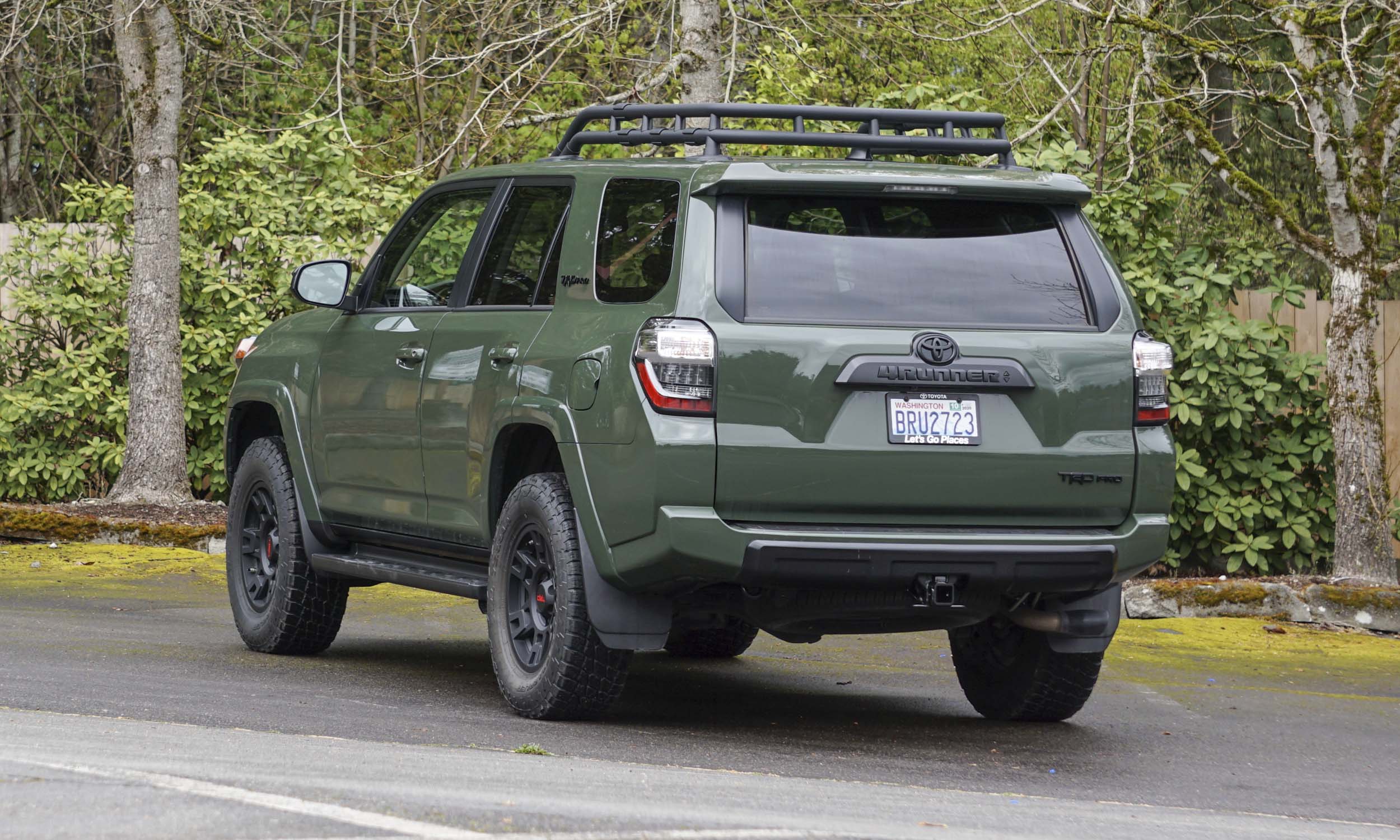 On the Road
In direct contrast to the plethora of crossovers available in the U.S that drive like cars, the 4Runner TRD Pro immediately feels more like driving a truck — because it is — and to some extent that remains a big part of its appeal, along with its true off-road capability. The 4.0-liter engine offers plenty of potency for everyday use, and the 4Runner does not feel overpowered (or underpowered) for a vehicle weighing in at 4,750 pounds. Unfortunately the 2020 Toyota 4Runner TRD Pro’s fuel economy numbers cannot compete with today’s svelte crossovers; EPA ratings for the true SUV are 16 mpg city / 19 mpg highway / 17 mpg combined. 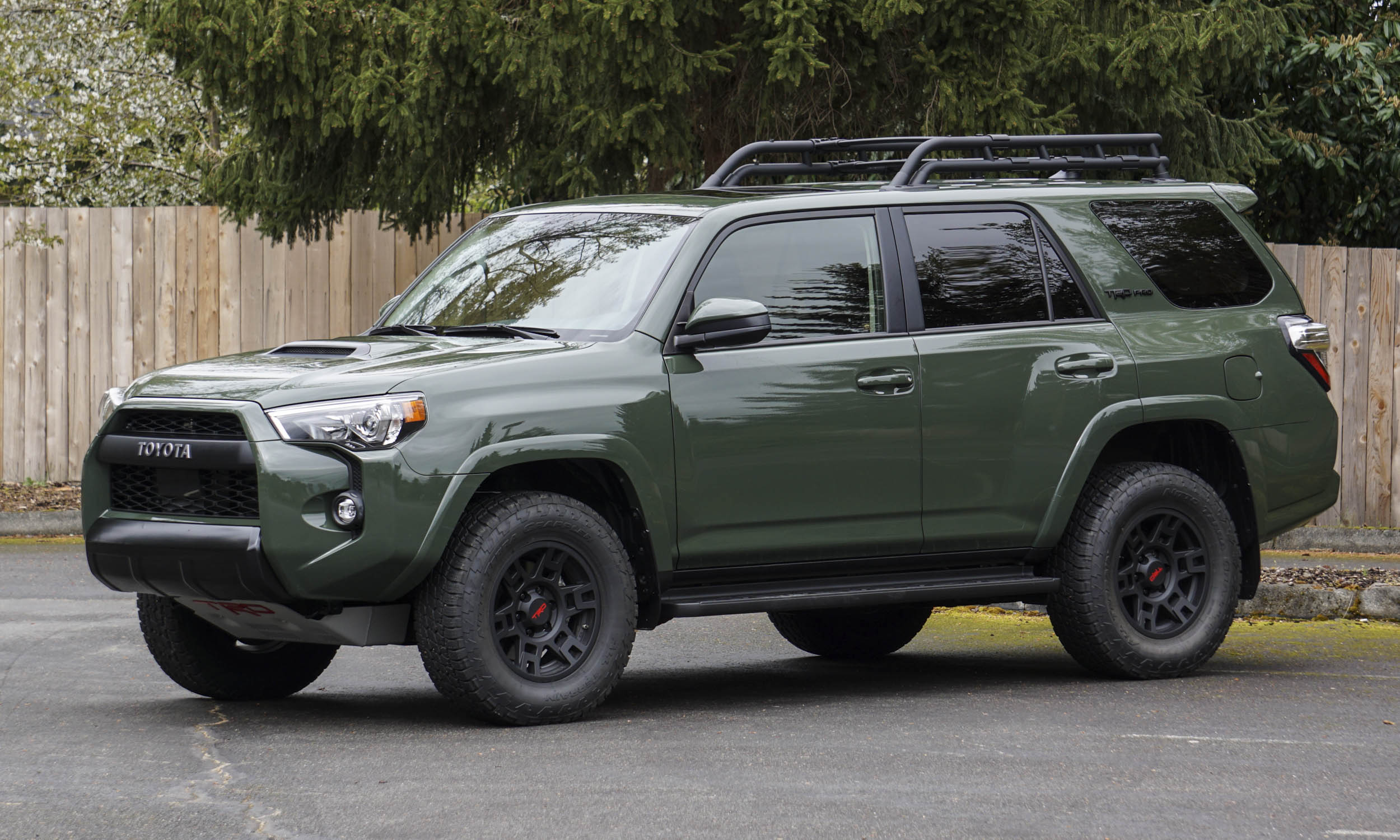 On the Road
Even though the TRD suspension tuning and Fox shocks are intended for improved off-road performance, the 4Runner TRD Pro feels good on the street, offering a firm yet smooth ride. The taller all-terrain tires do not provide great steering response when compared to a car-based crossover, and the steering feels vague on long, sweeping highway turns. Granted, it’s a compromise buyers must accept in exchange for the off-road ability of this vehicle. 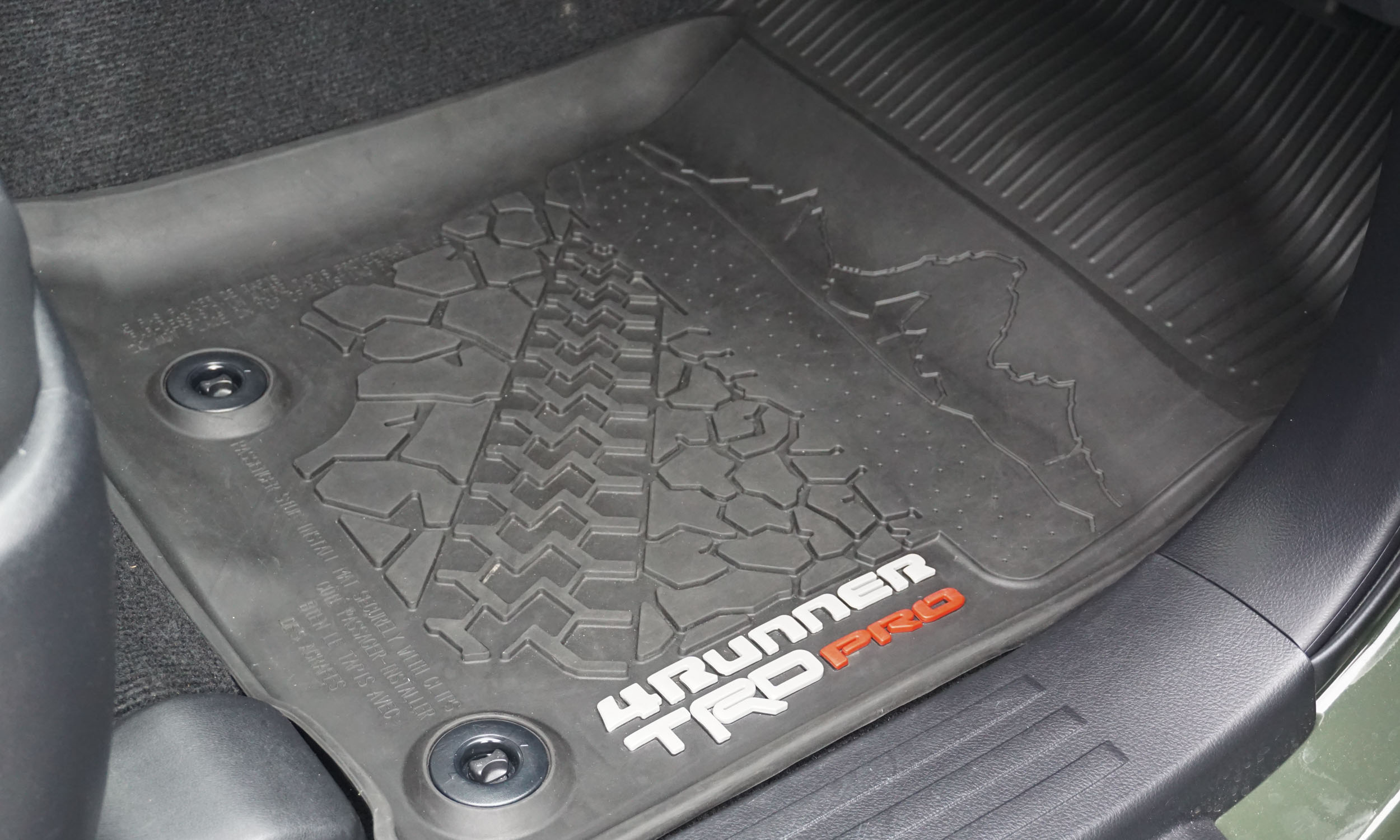 Inner Space
The 4Runner TRD Pro retains a classic interior design, and the red TRD accents add a sporty feel. The Softex seats are comfortable and the high seating position provides good visibility — one of the attributes that originally made SUVs so popular as everyday vehicles. The cabin is narrower than many of today’s crossovers — another throwback to the 4Runner’s origin and purpose. The driver and front-seat passenger feel as if they sit in their own compartments separated by the center console and high center armrest. 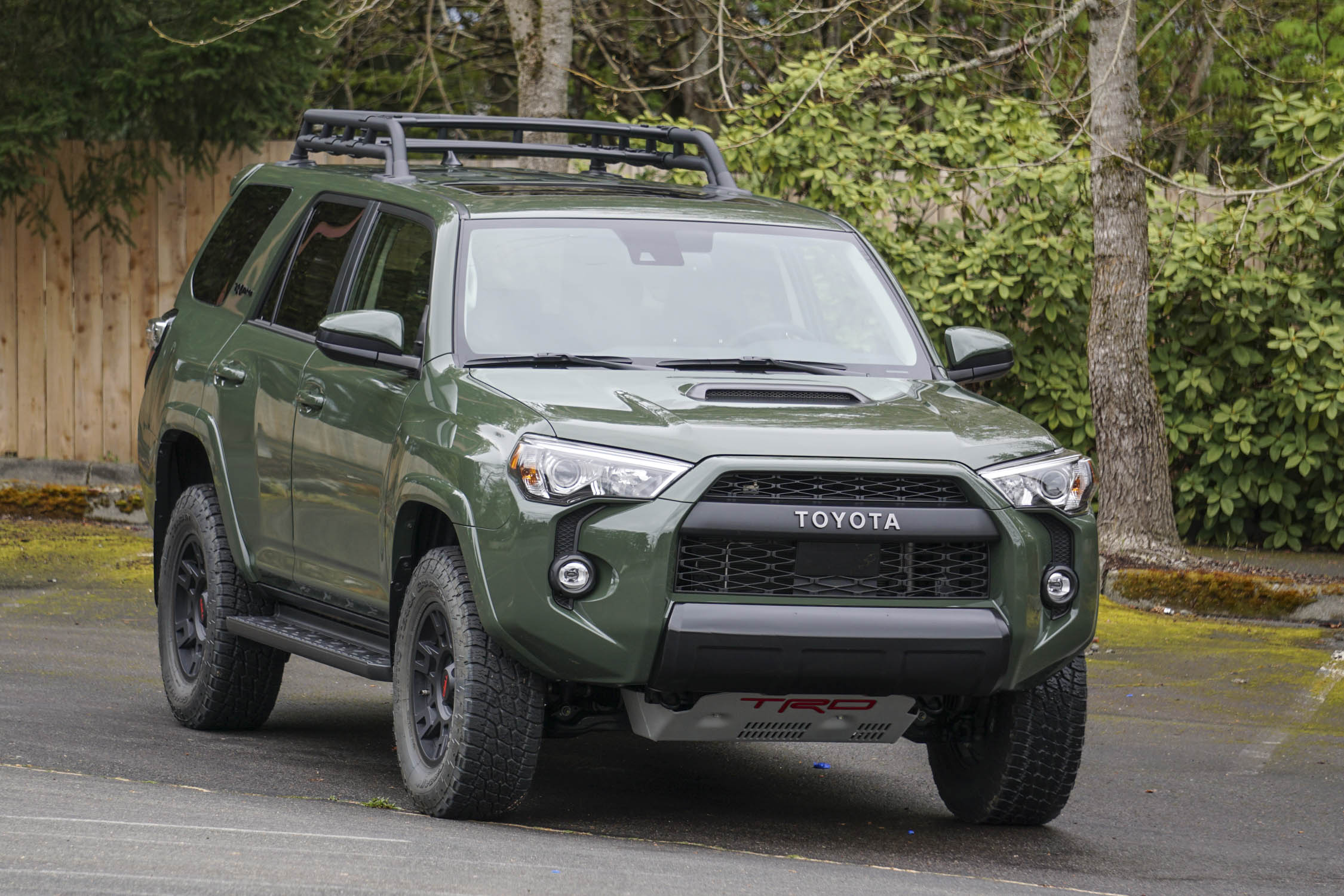 Comfortable, Capable
Even with its trucklike demeanor compared to today’s huge selection of crossovers, the 4Runner remains an enjoyable vehicle to drive. It’s comfortable and capable, with a nostalgic feeling that makes it — dare we say it? — fun. The TRD Pro package makes the 4Runner look like a real off-road vehicle — again, because it is — and drivers can be assured by the knowledge that if conditions deteriorate, this vehicle will get occupants through the worst conditions. 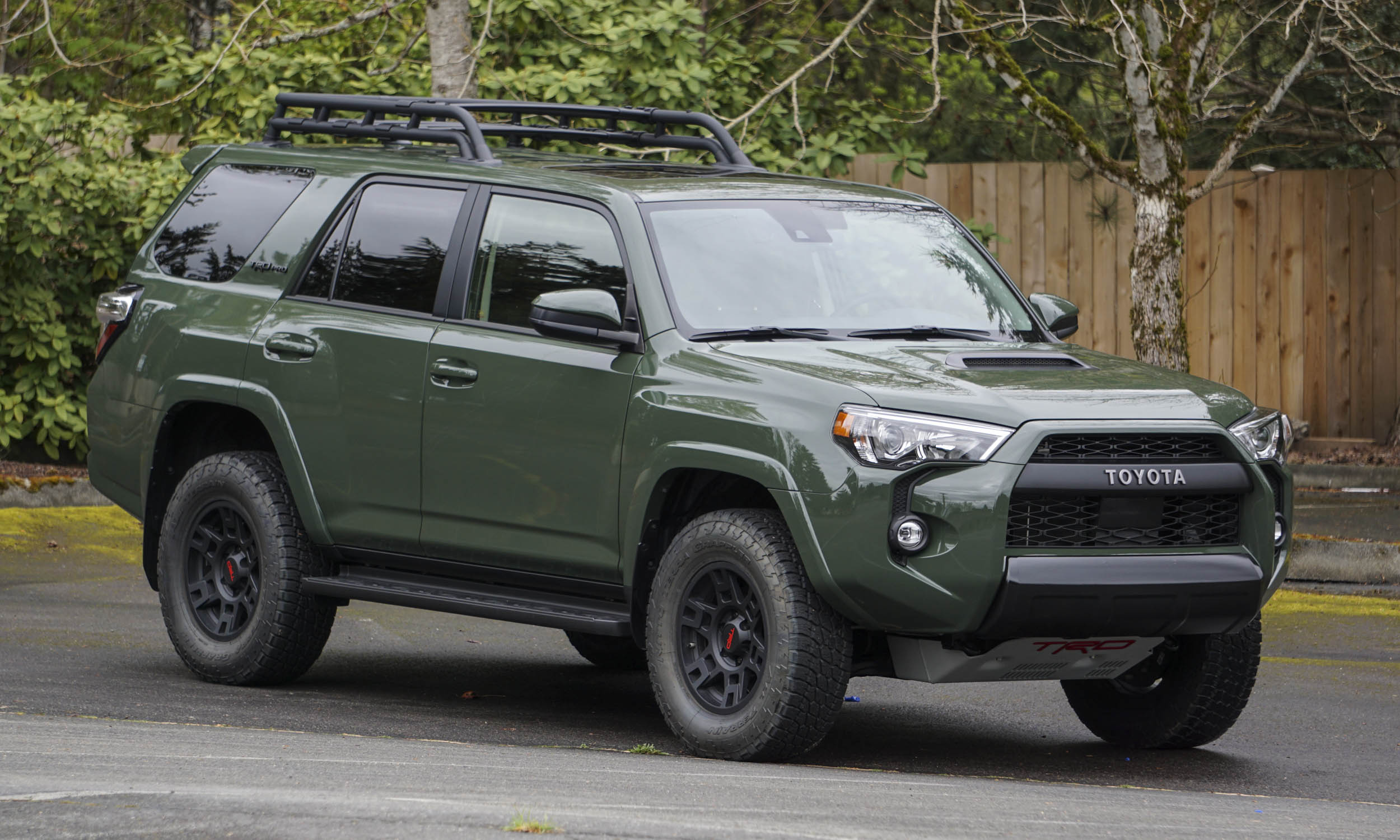 Rating: 8.0
Despite all the crossover options available in the U.S., the Toyota 4Runner remains one of the last highly capable off-road SUVs true to its heritage. On top of that, the TRD Pro package adds capability and offers a look — straight from the factory — that underscores its off-road history and TRD expertise. Granted, many drivers would never fully explore this vehicle’s off-road capability nor be willing to make the daily concessions to economy the 4Runner demands. But for those who do, the 4Runner TRD Pro offers the complete package. 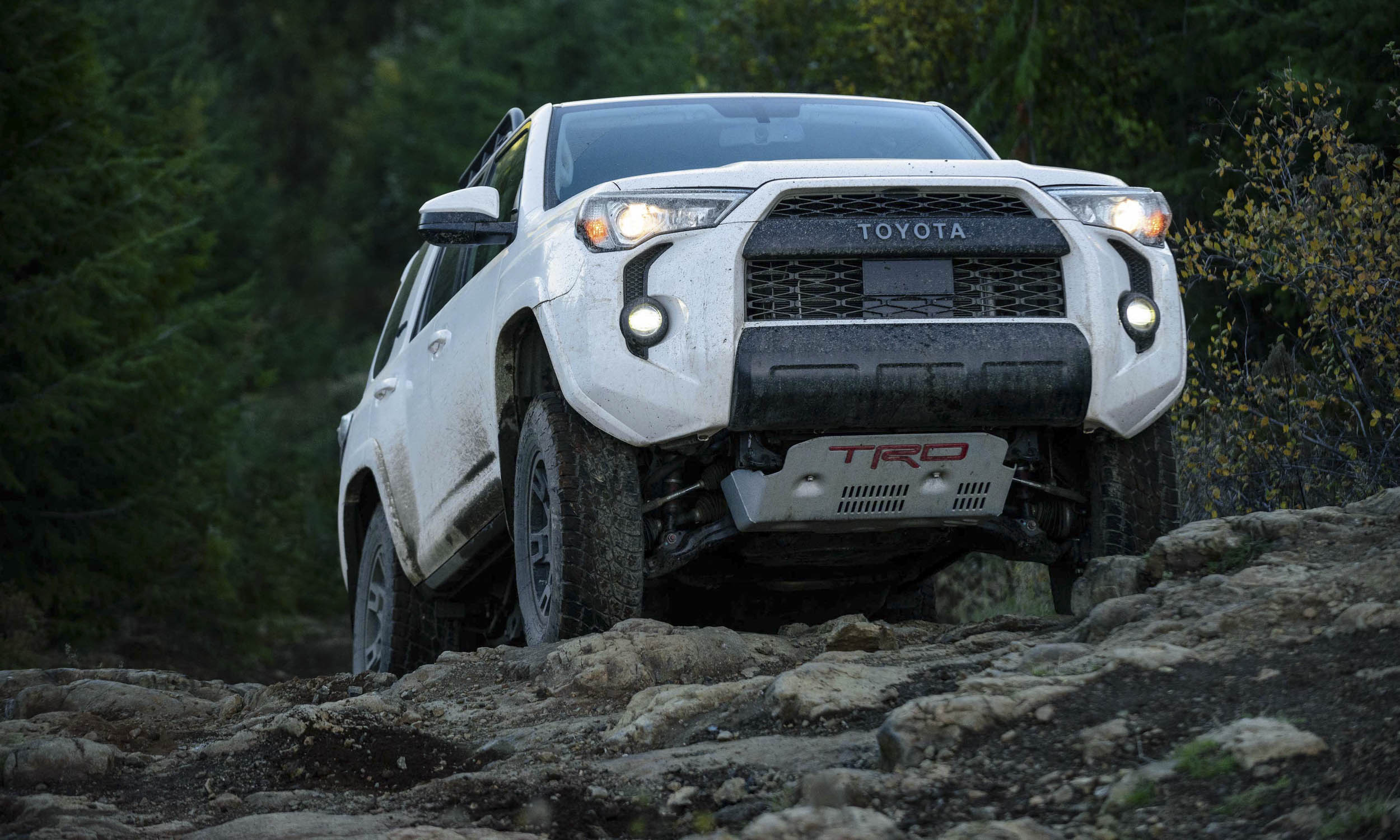 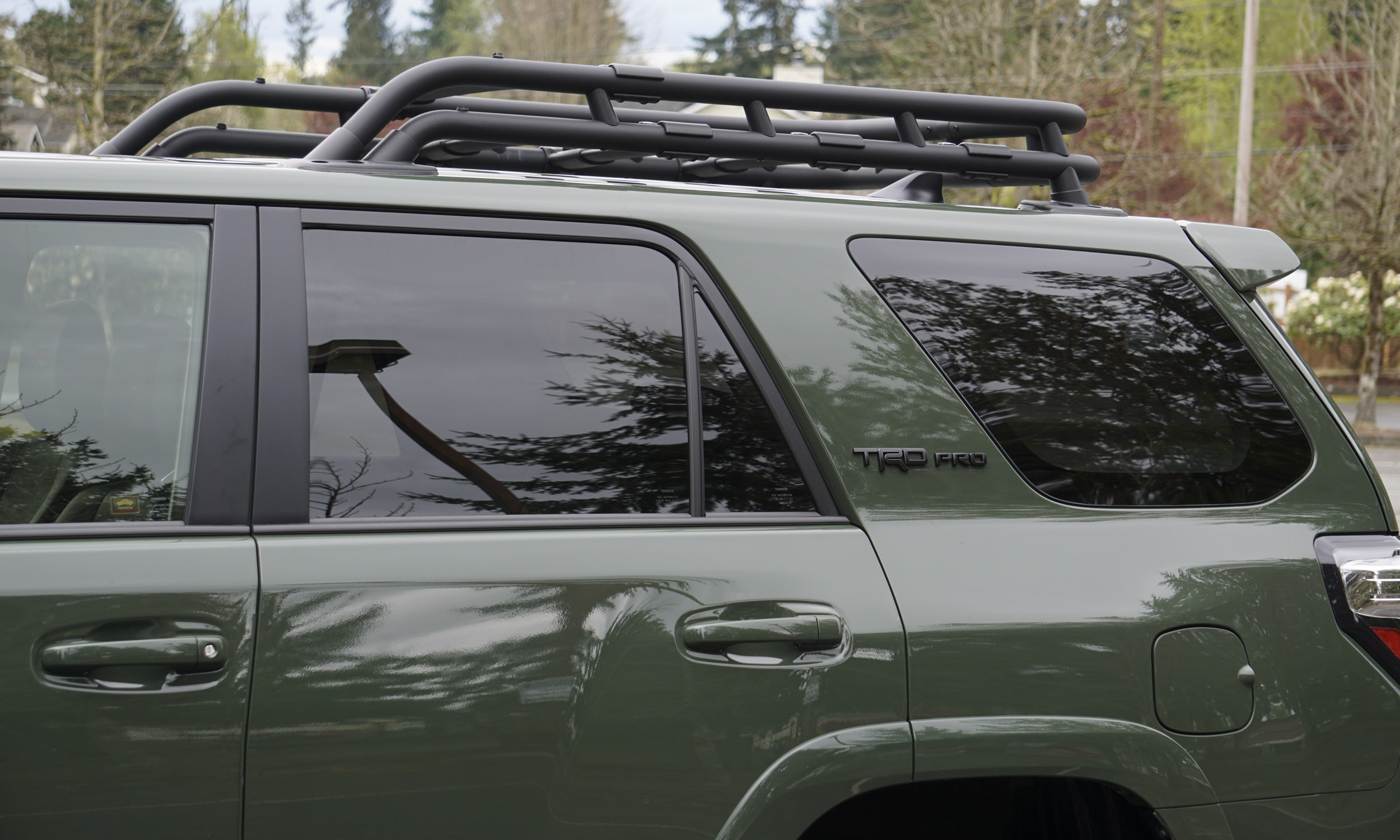 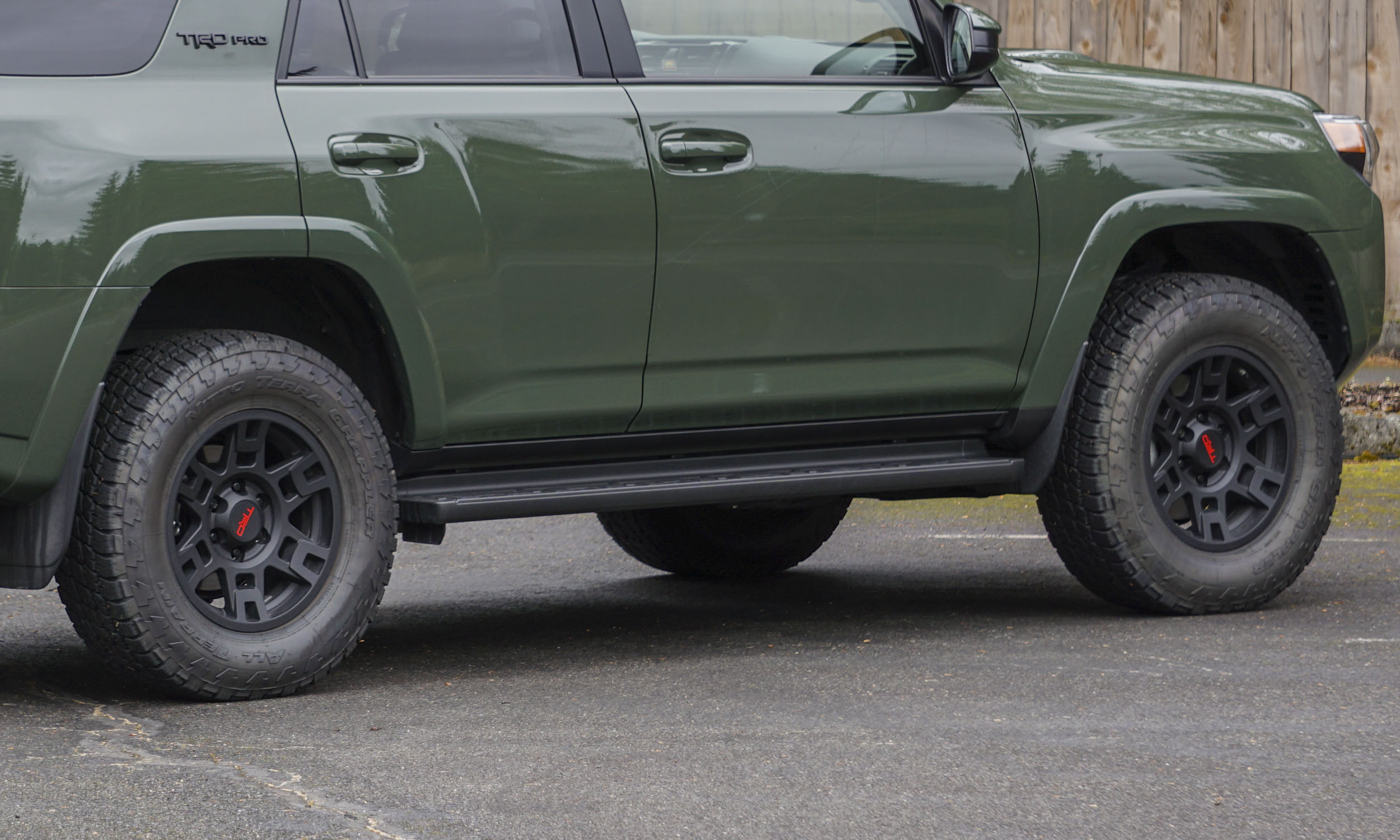 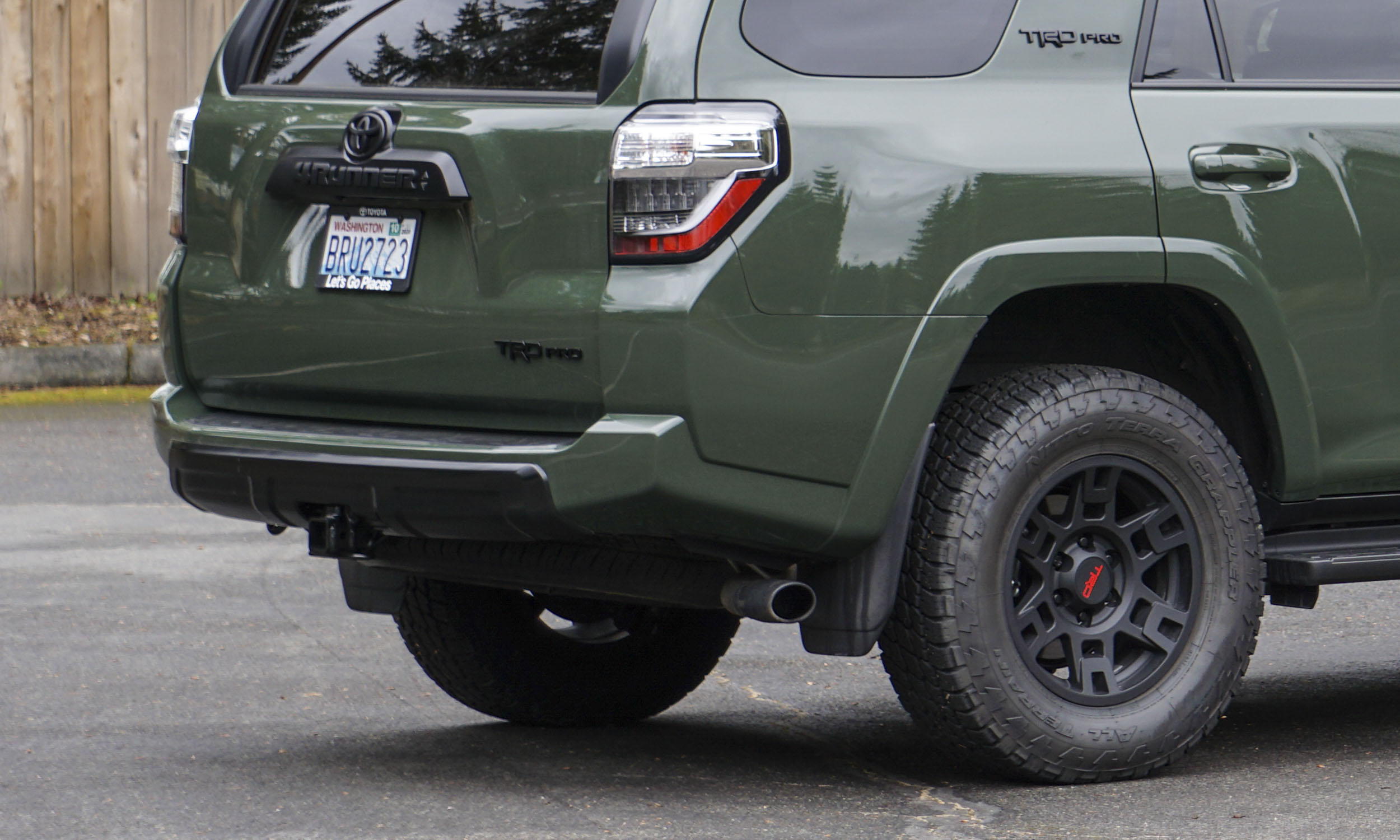 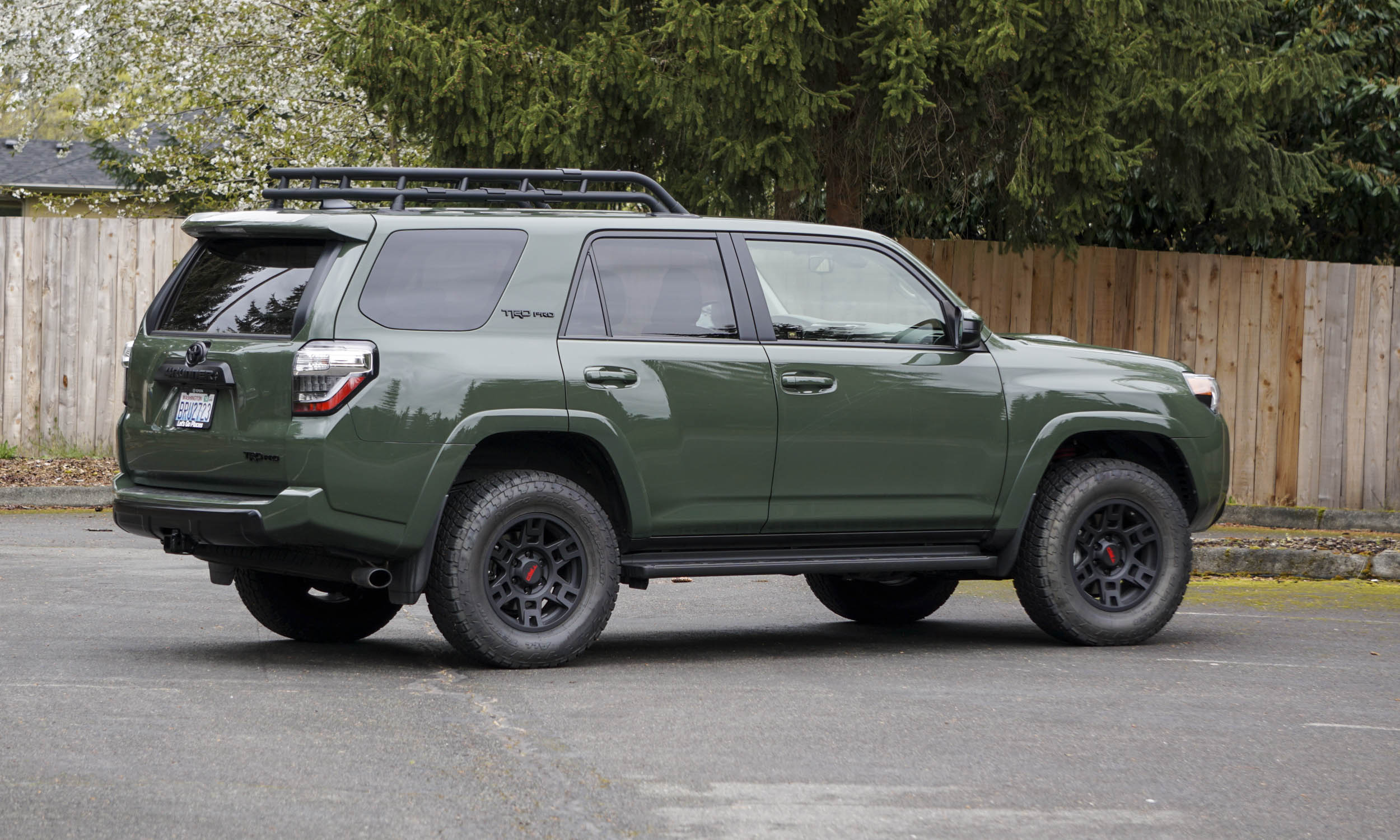 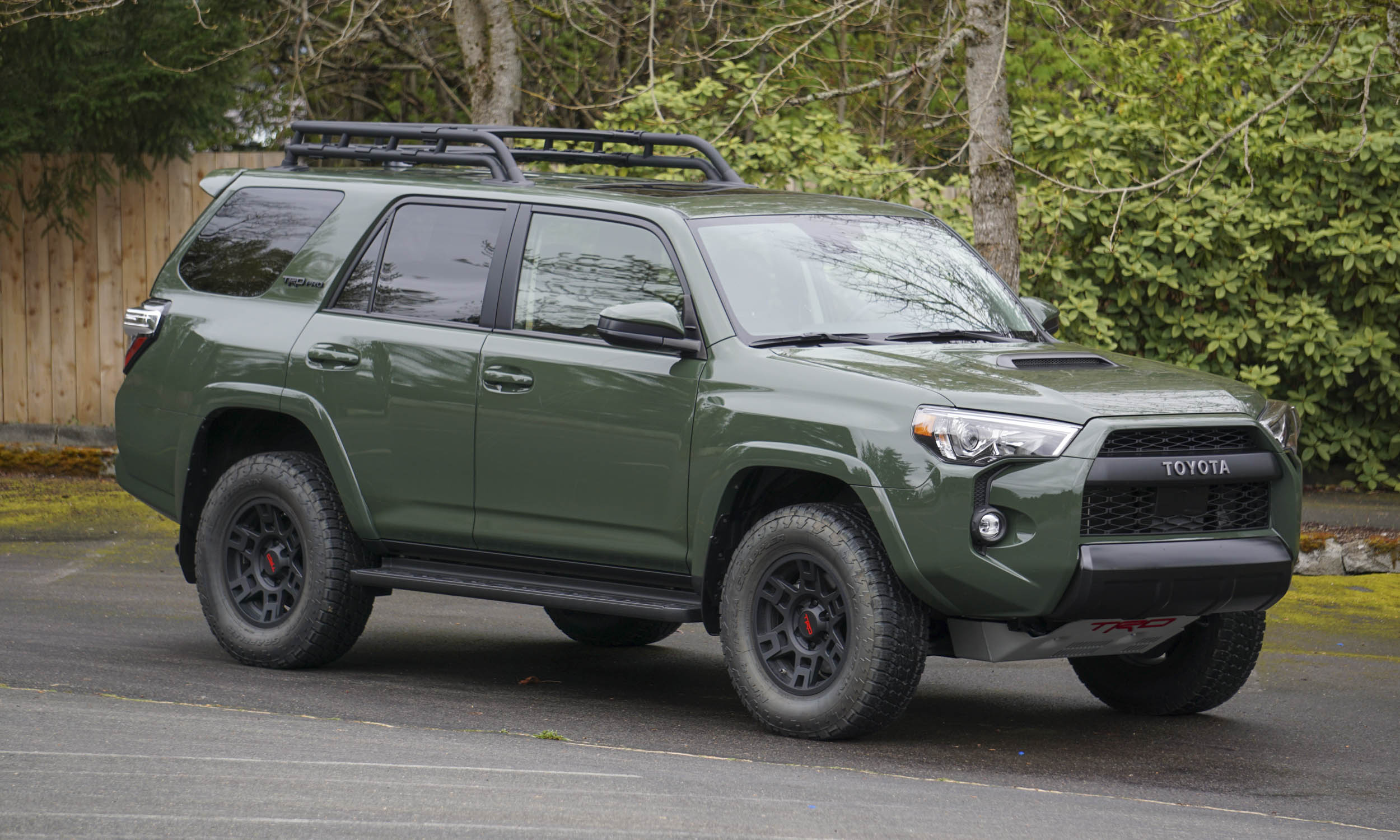 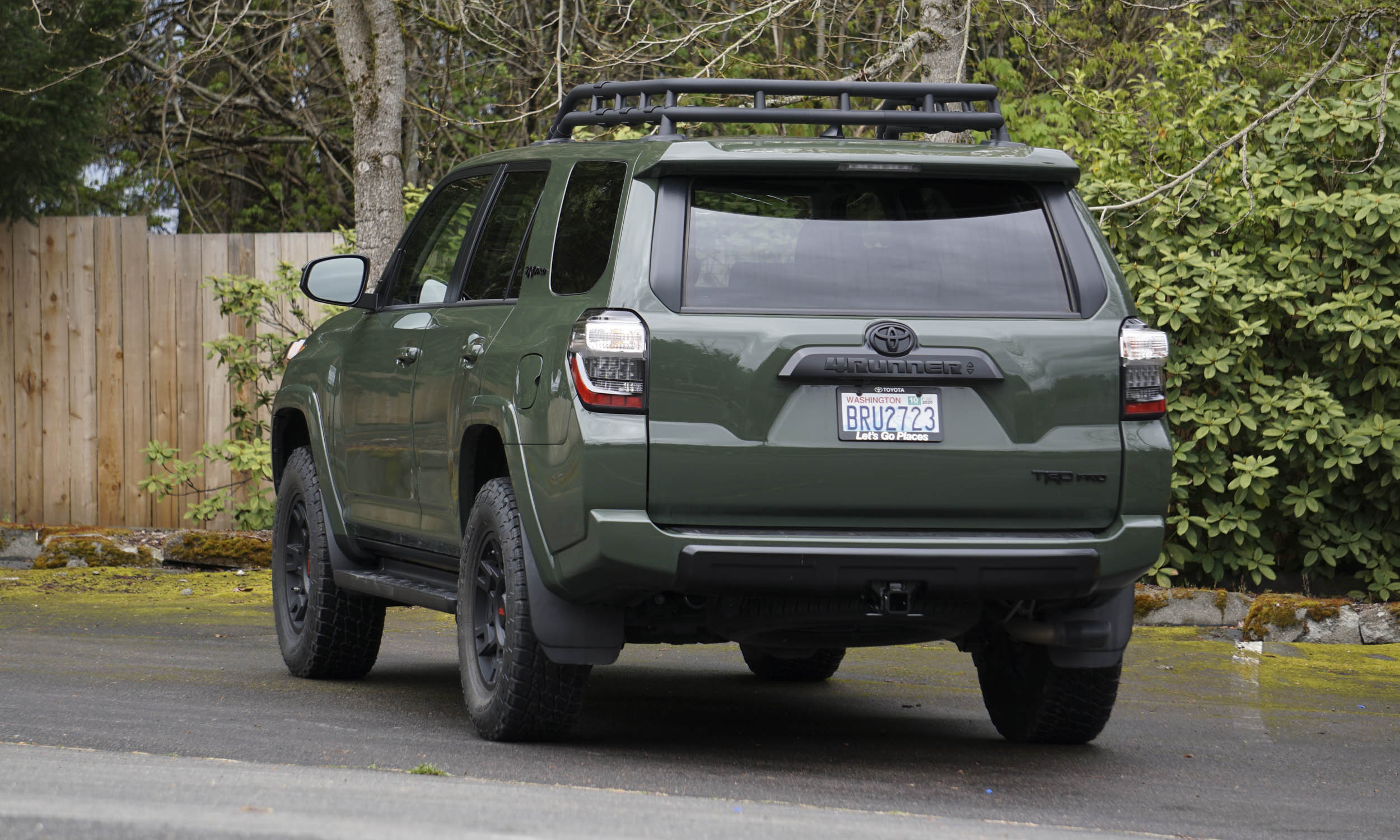 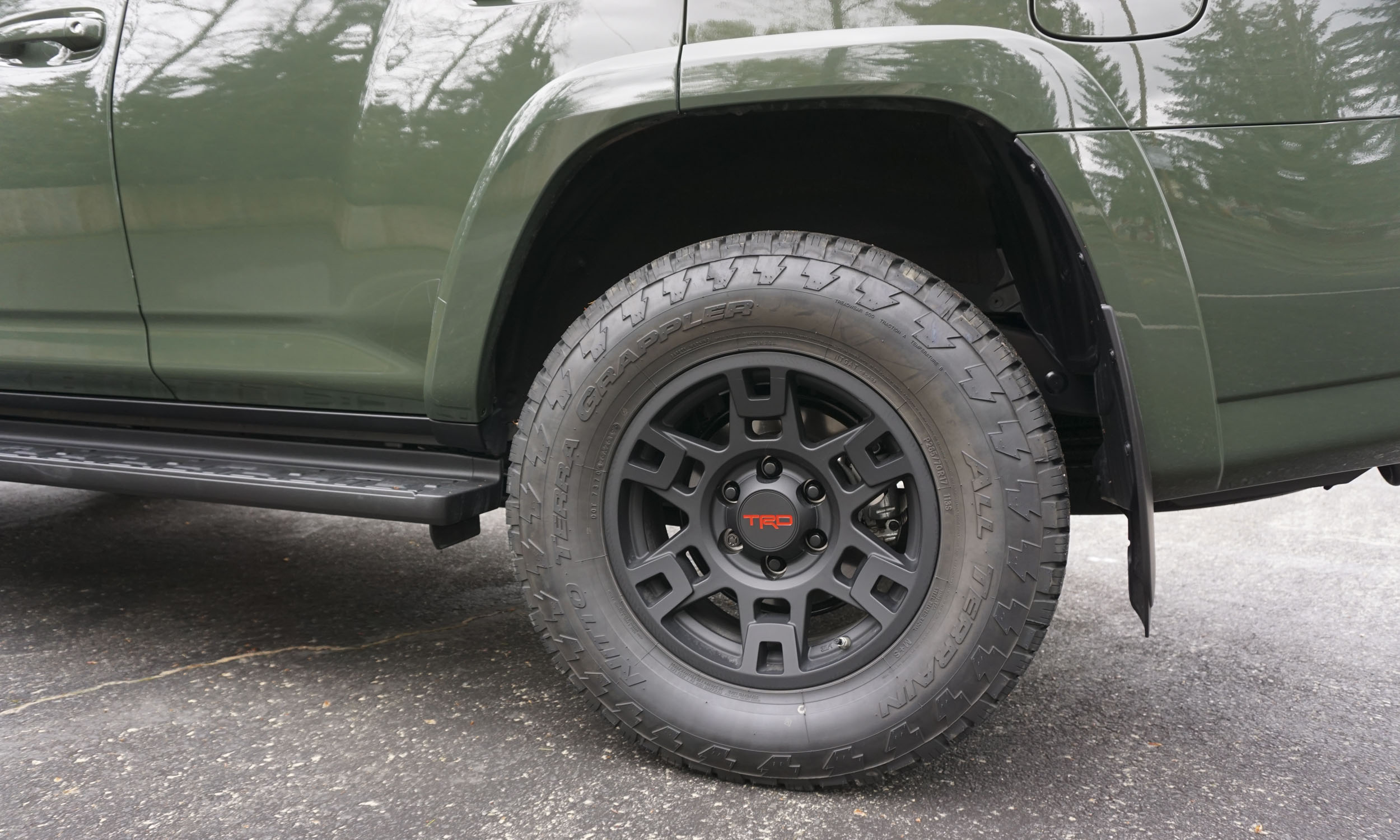 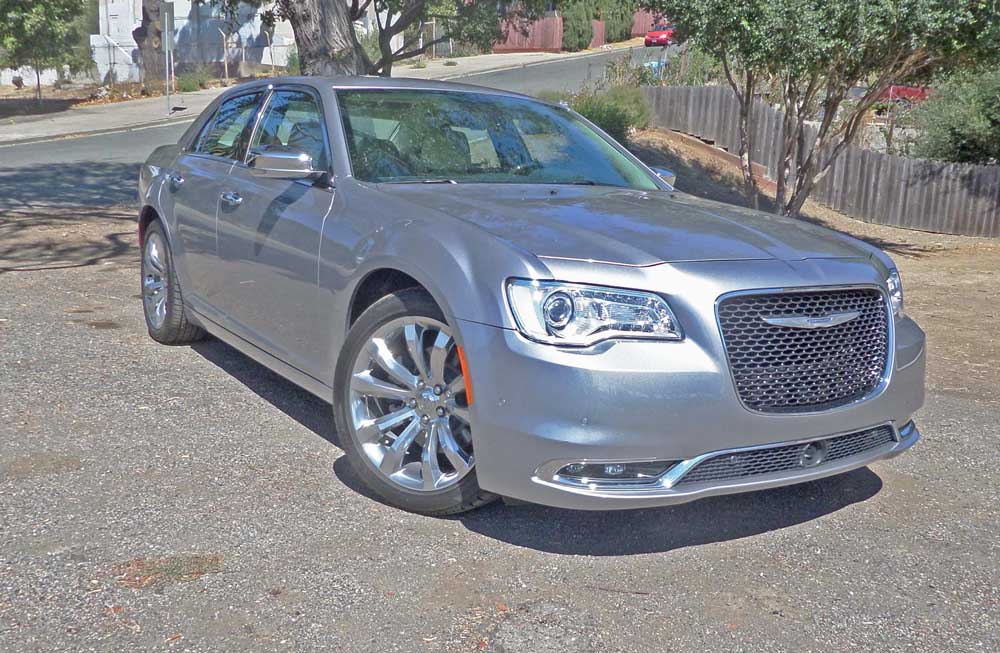