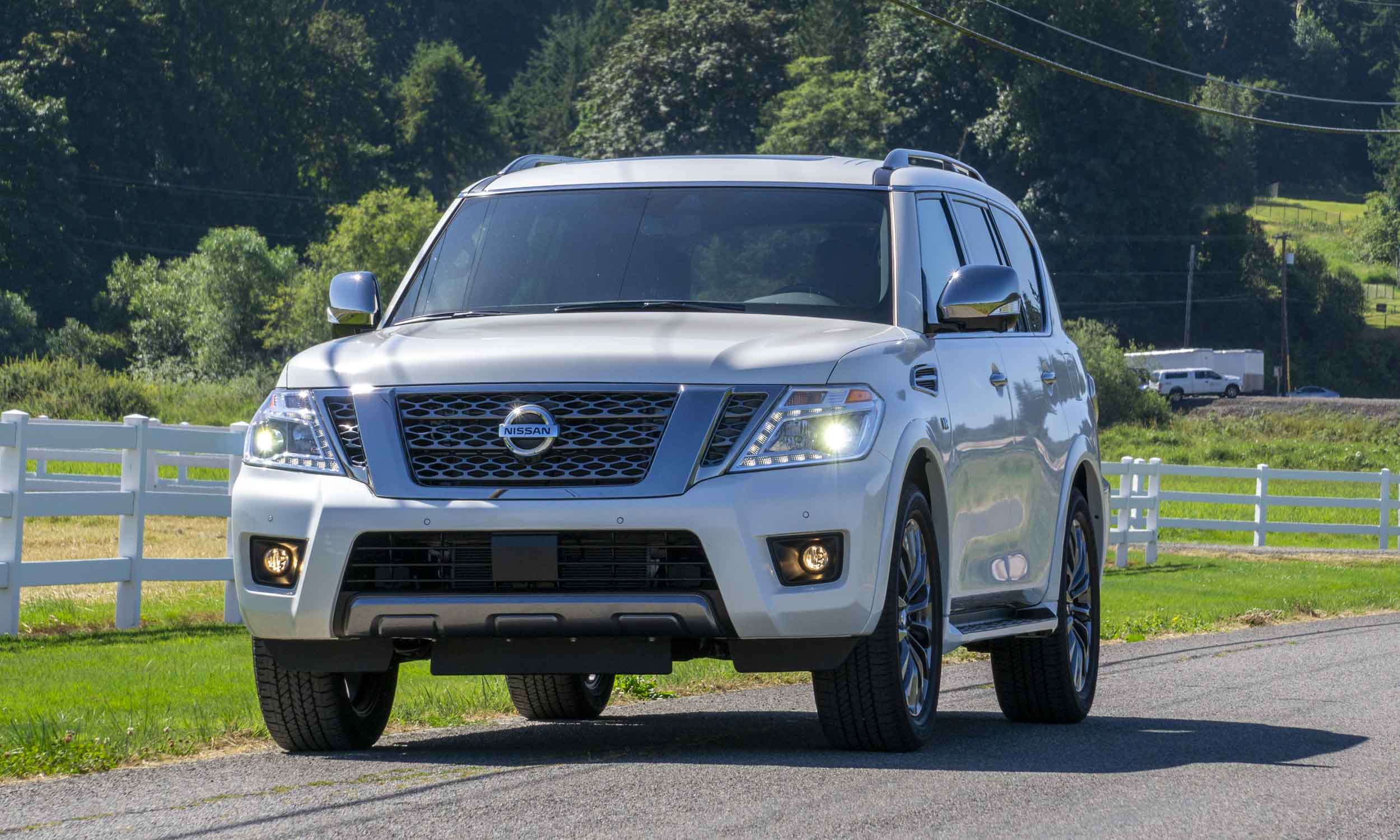 Aptly named, Armada is the largest SUV in Nissan’s lineup — a position it has held since the 2004 model year. With expansive styling and a powerful V8 engine, Armada provides seating for up to eight occupants with plenty of cargo-carrying capability in its spacious cabin. The SUV shares a platform with the Nissan Patrol (not sold in the U.S.) as well as its more luxurious cousin, the Infiniti QX80. We spent a few days with the top-level trim — the 2020 Nissan Armada Platinum Reserve. 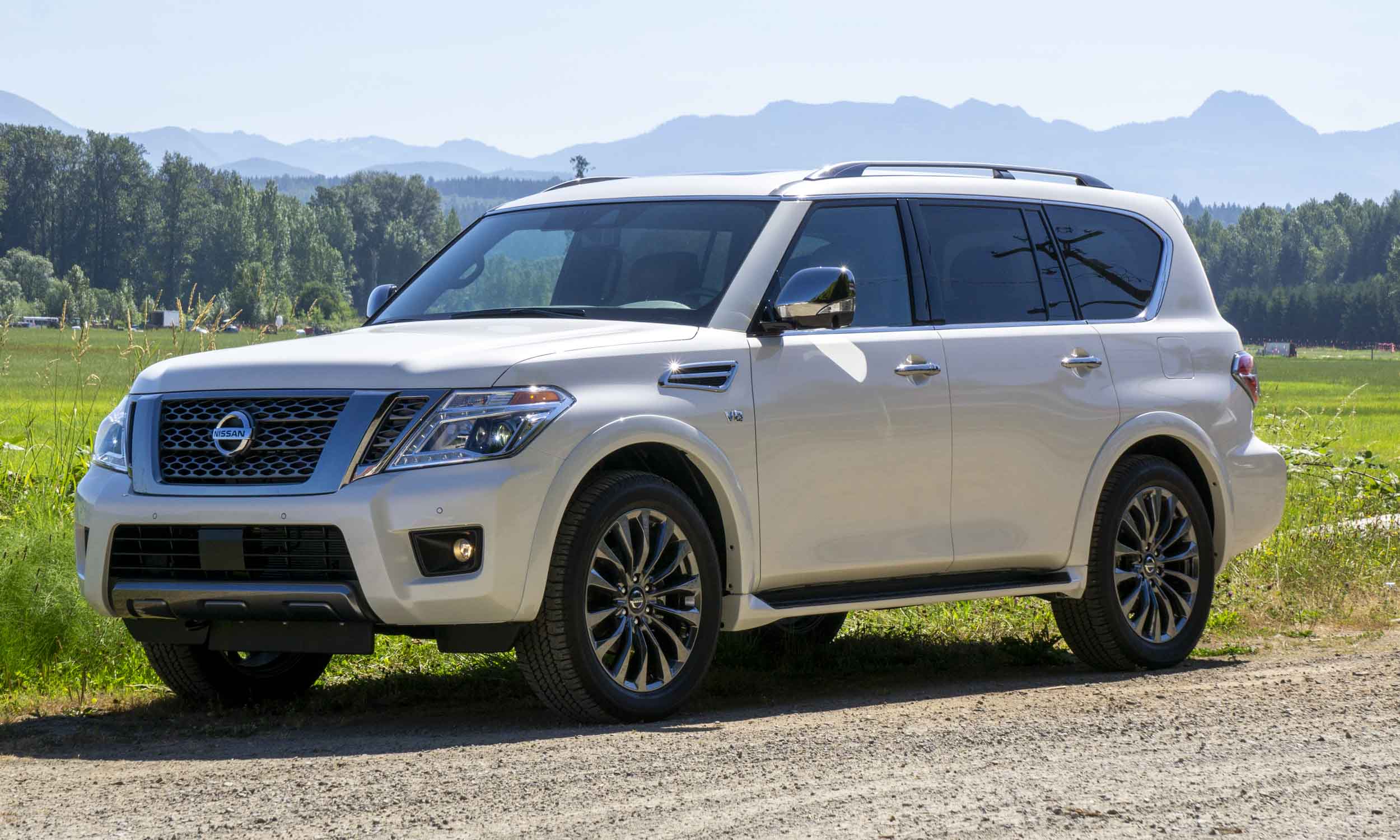 Nissan provided us with a 2020 Nissan Armada Platinum Reserve 4WD painted in Pearl White Tricoat. Commanding the top of the Armada lineup, the Armada Platinum Reserve has practically every bit of standard equipment an SUV shopper could wish for; in addition, our test vehicle also came with options including illuminated kickplates, welcome lighting, carpeted floor mats, a captain’s chair package and 22-inch wheels. Total MSRP for this Armada listed at $71,730, including destination charges. Competitors to the Armada include the Chevrolet Tahoe, GMC Yukon, Ford Expedition and Toyota Sequoia. 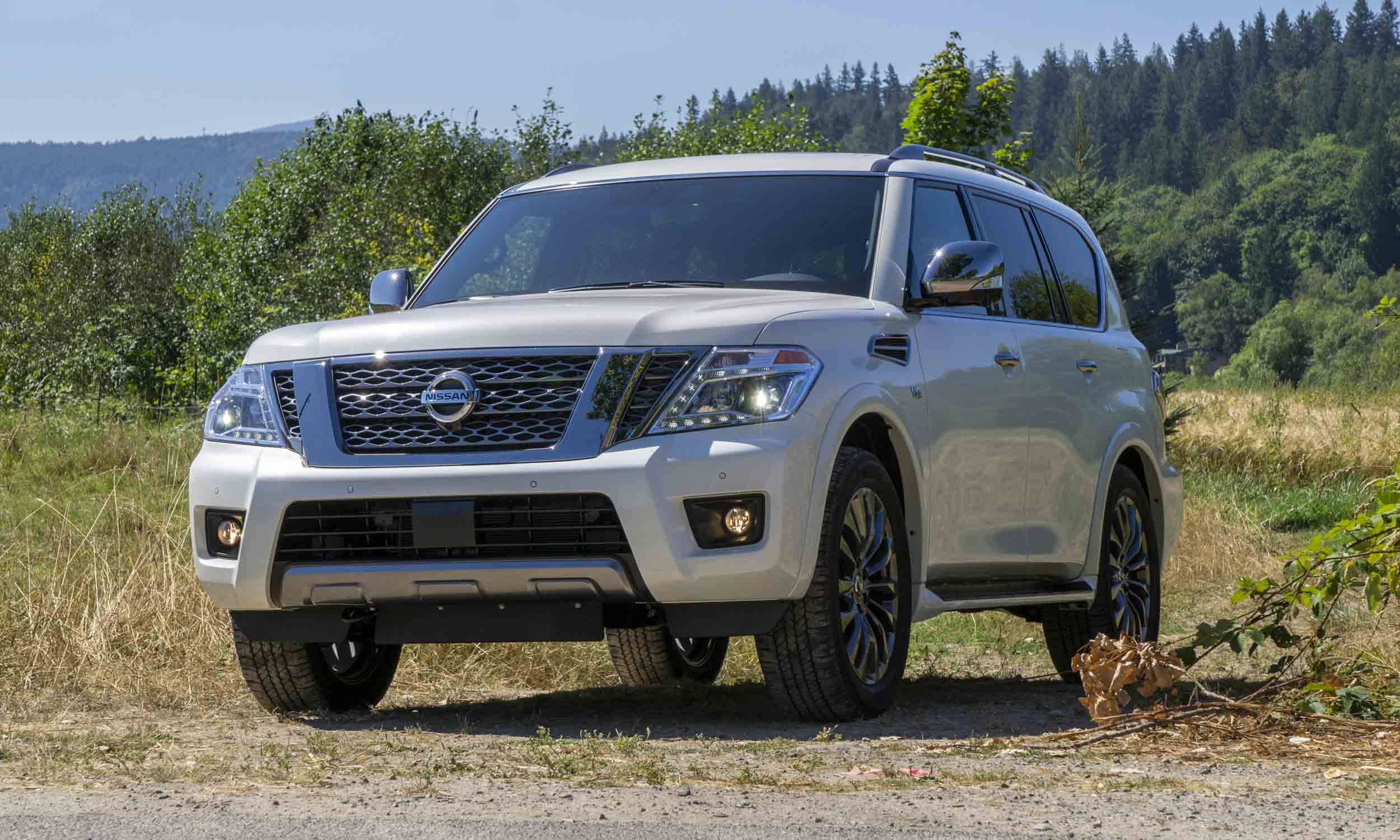 Big and bold are terms that immediately leap to mind in the Armada’s presence. The full-size SUV features Nissan’s familiar V-Motion grille flanked by standard LED headlights. The grille is dark chrome on the Platinum Reserve trim, as are door handles and outside mirrors. The Armada carries classic SUV lines with a high hood and squared-off rear flanks. The 22-inch 14-spoke aluminum alloy wheels fit the big Armada quite nicely. 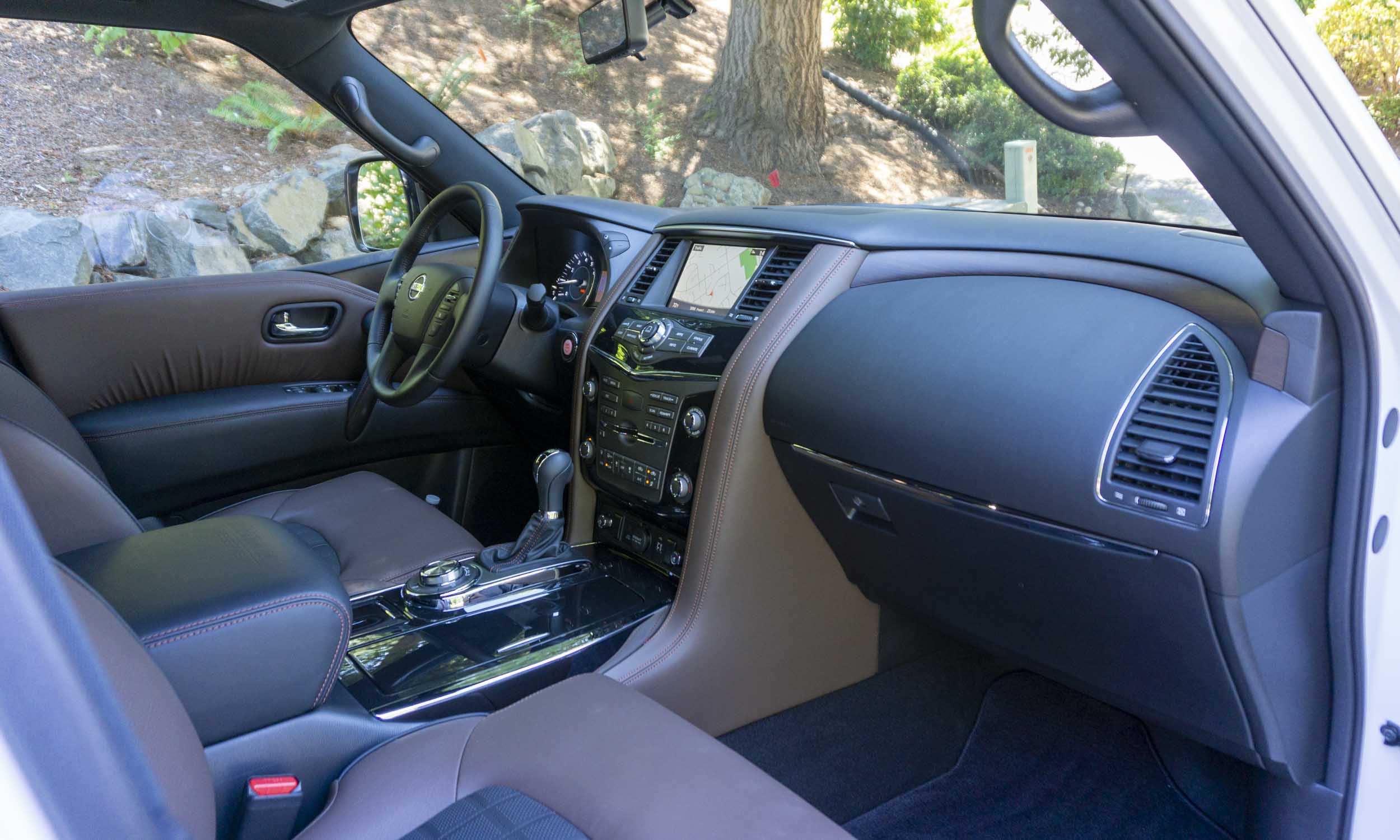 The Armada Platinum Reserve features a luxurious interior of leather, wood and chrome trim. Leather with contrasting stitching runs up the center stack and also covers the center console storage and doors. 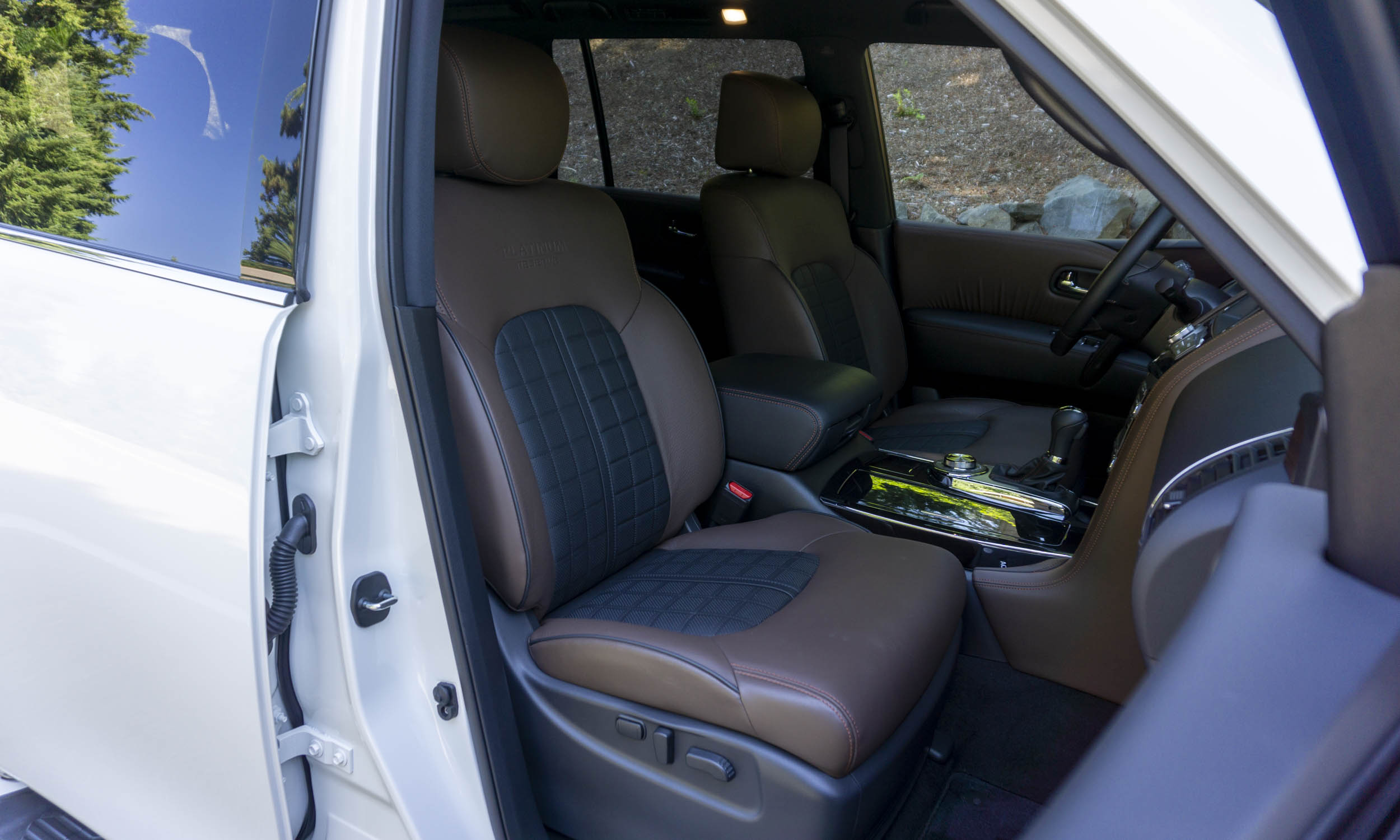 Front Seats
Seats get trimmed in two-tone leather with contrasting piping as well as the words Platinum Reserve embossed on the seatbacks — in case owners forget what they’ve purchased. The front seats are both heated and cooled; however, the dials for temperature operation are tiny and difficult to see. 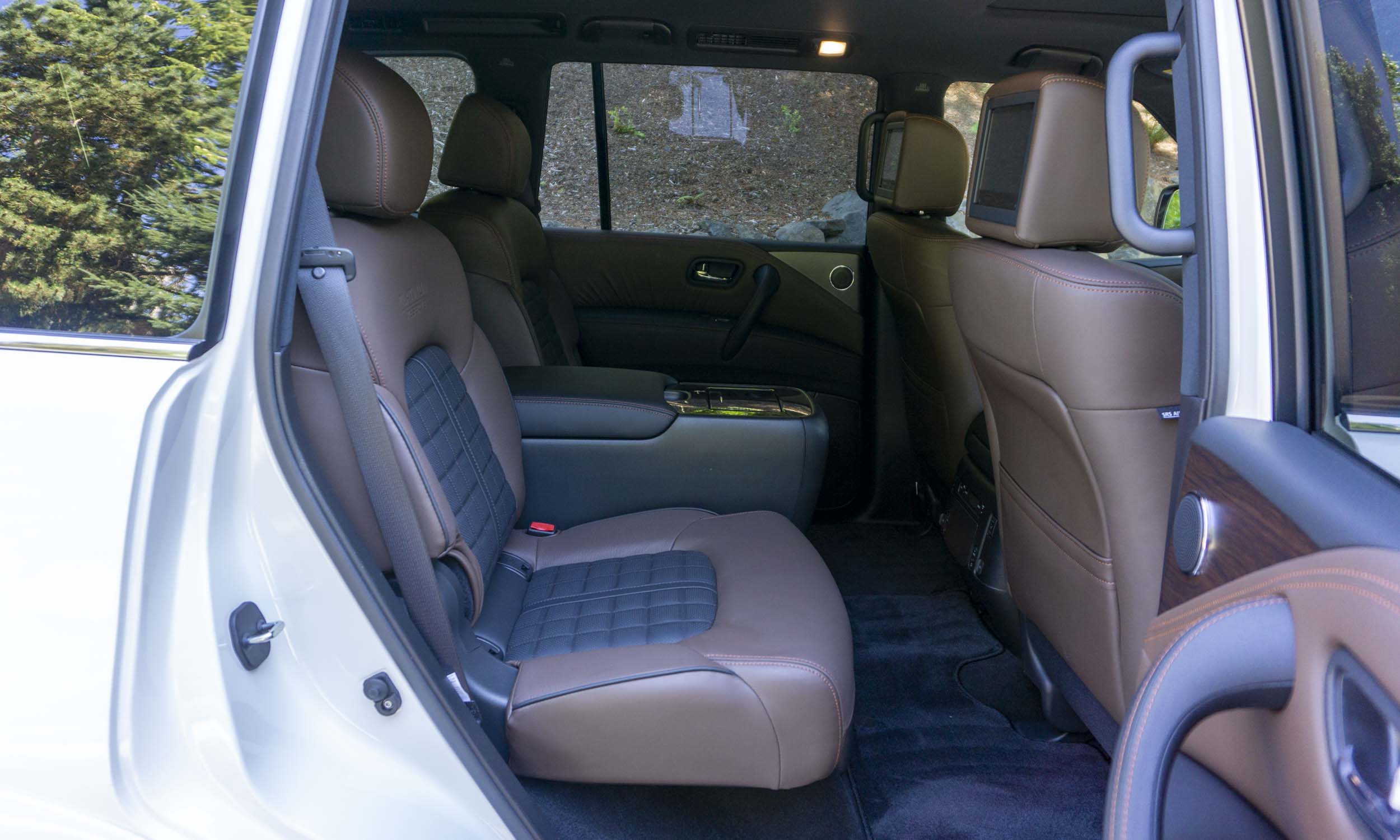 Letting someone else call “shotgun” when a group boards the Armada is a sound strategy, since the second-row seats are a nice place to ride. Containing two big, comfy captain’s chairs that can be heated and reclined, the second row has plenty of legroom and headroom, and a DVD Family Entertainment System (standard) will keep kids occupied on long road trips. Two USB ports allow device charging, and personal climate controls keep the space comfortable. A large second center console provides cupholders as well as considerable storage space. 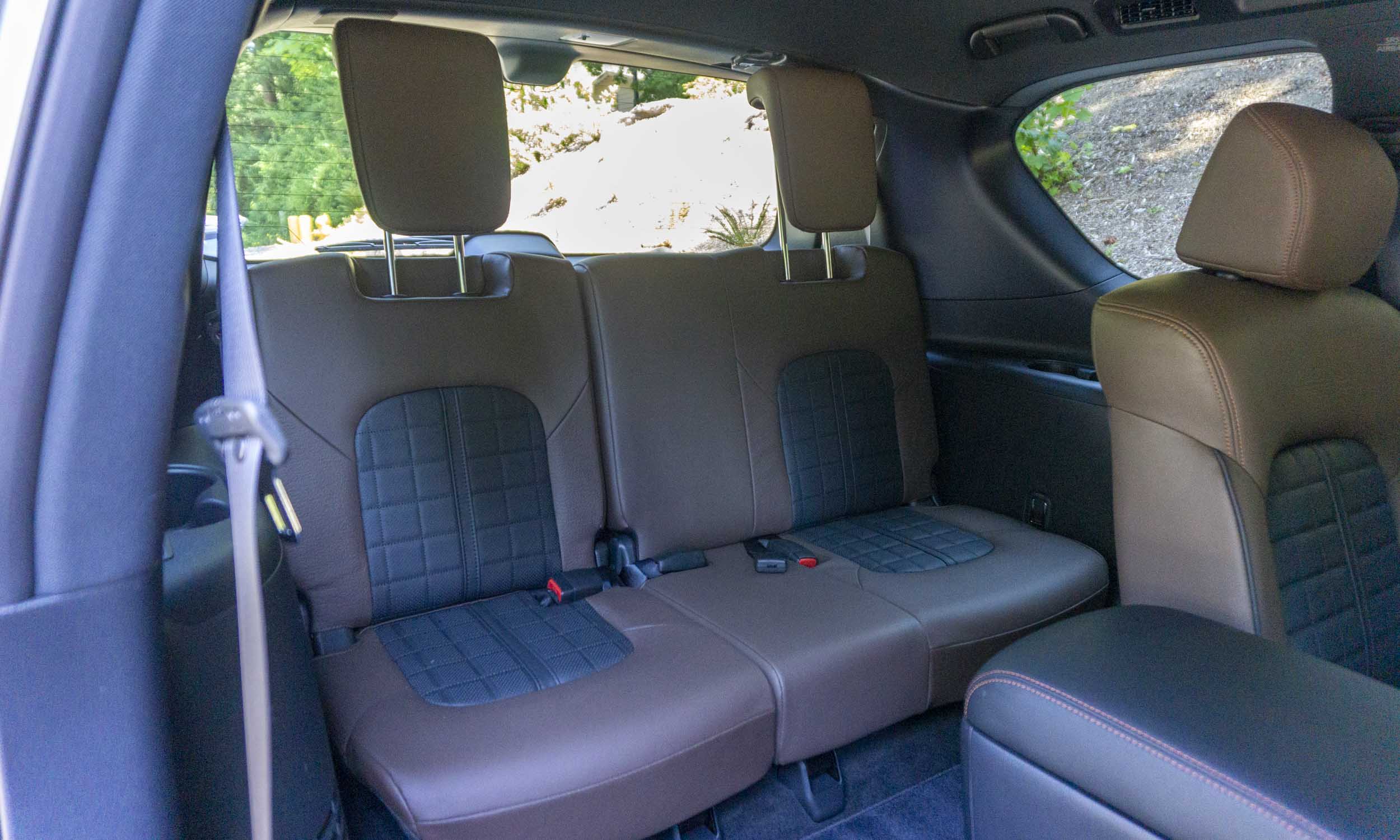 Third Row
In keeping with the sad reality of many 3-row SUVs, the Armada’s third row is a bit of a penalty box. The second row folds completely out of the way so access to the third tier is easy. Although the space has decent headroom, the low seats mean occupants must contort their legs while attempting to get comfortable. Two adults could fit for short rides, but three would be cramped. One nice feature — the seats power recline via easily accessible switches. 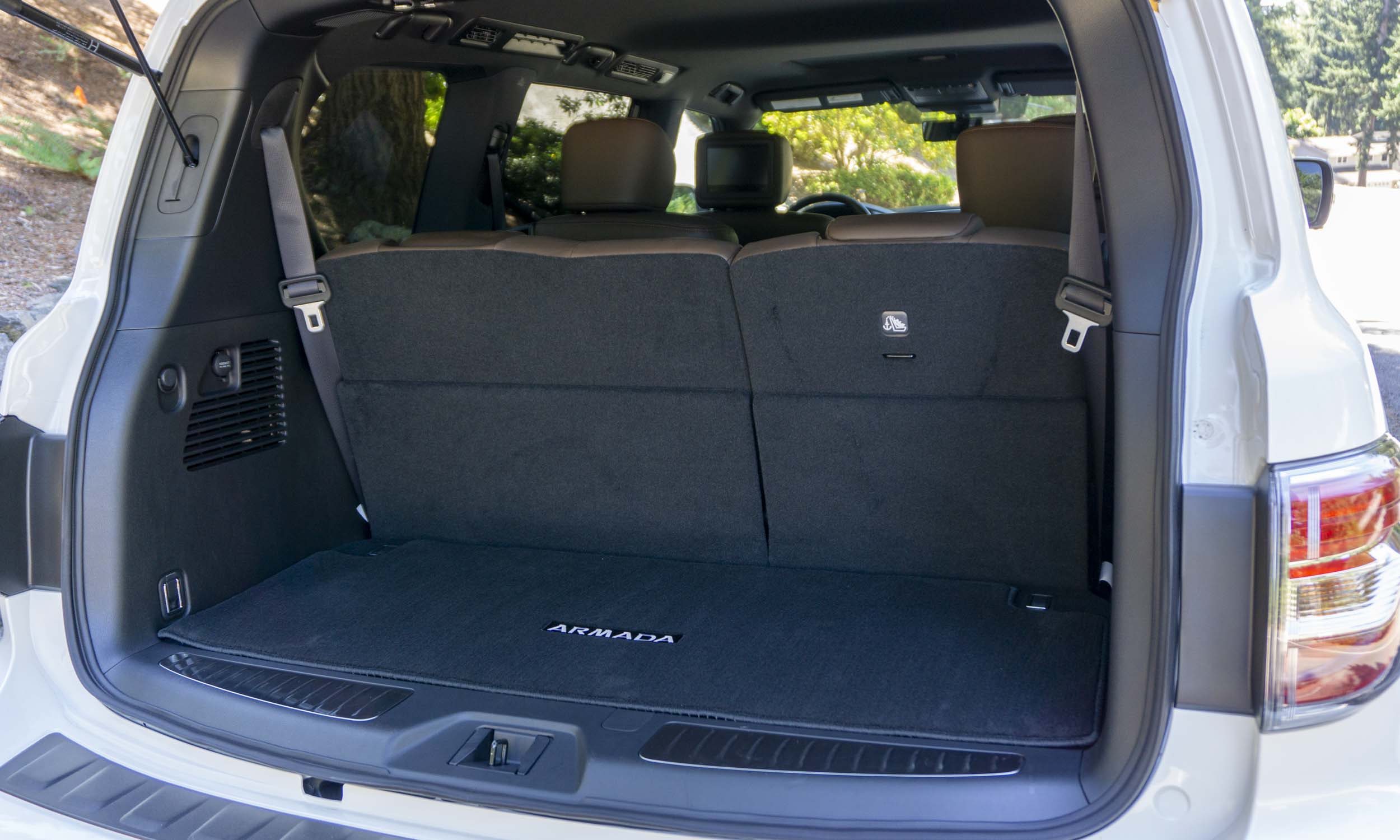 Cargo Space
The 2020 Nissan Armada Platinum Reserve has a decent amount of storage space behind the third row — at least enough for several bags of groceries or a few large suitcases. The third row folds flat via buttons, opening up plenty of space for hauling gear. 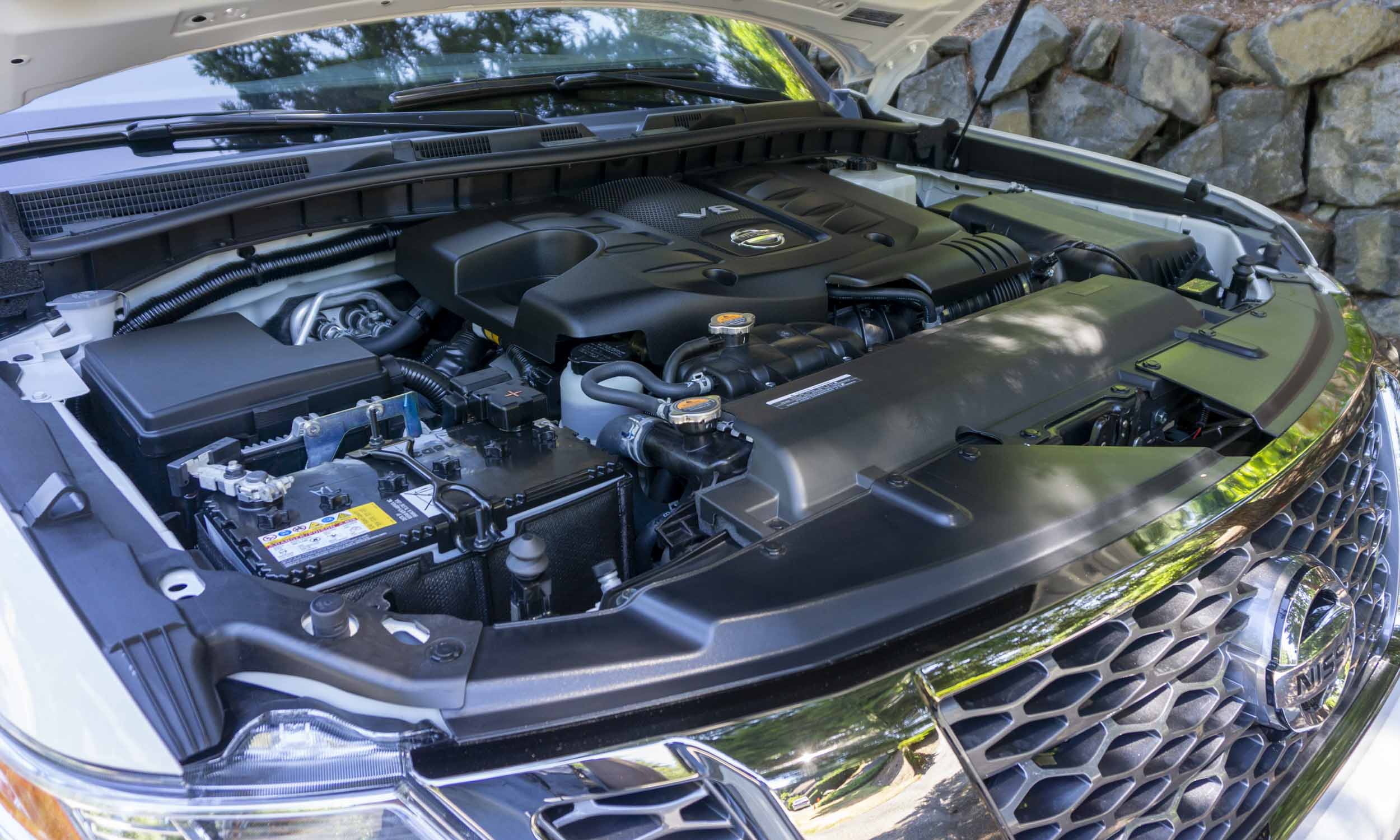 Under the Hood
Nissan’s Endurance 5.6-liter V8 engine producing 390 horsepower and 394 lb-ft of torque powers all Armada versions, teamed with a 7-speed automatic transmission. When properly equipped the Armada has a maximum tow rating of 8,500 pounds. 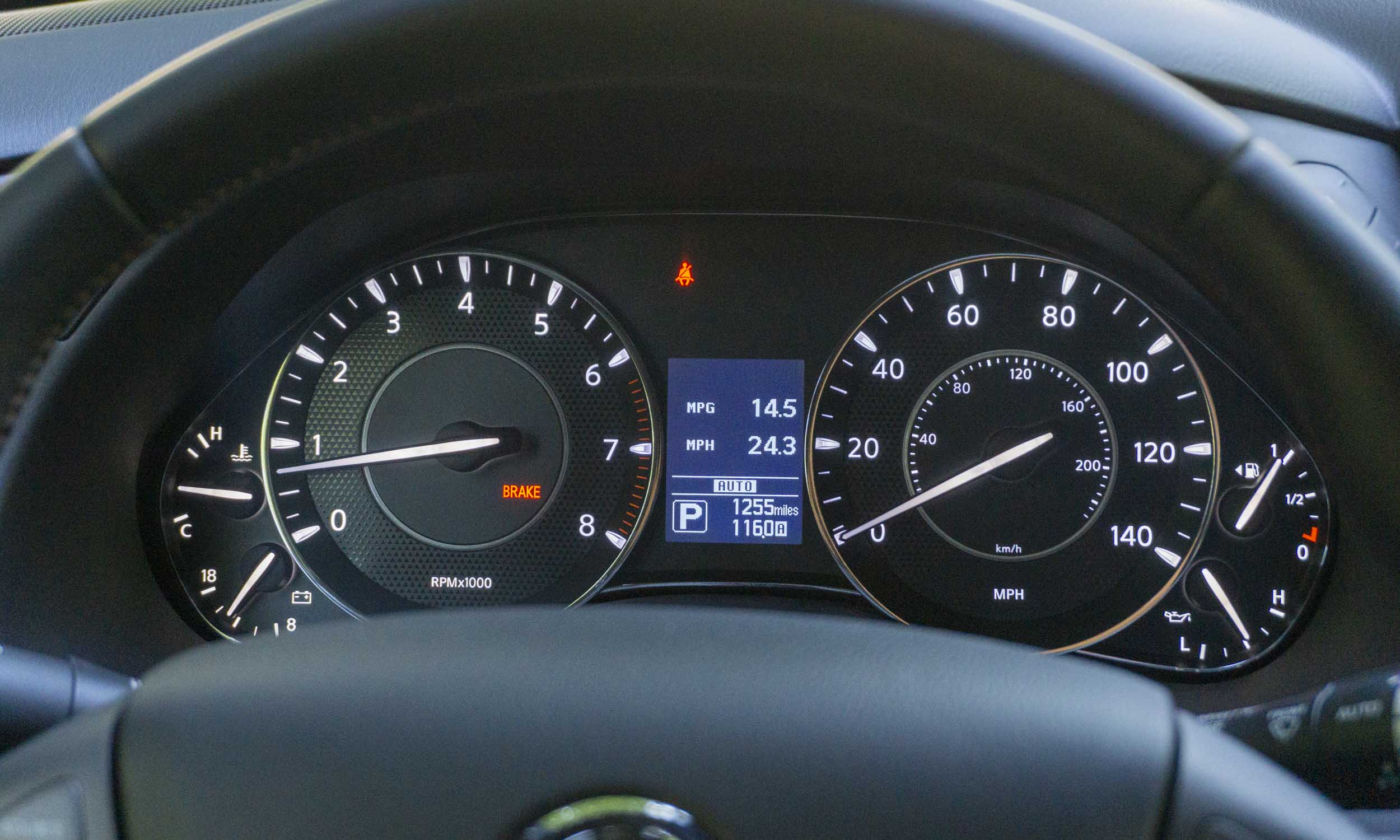 Fuel Economy
Make no mistake, the 2020 Nissan Armada Platinum Reserve has a big V8 engine in a big, heavy SUV, so the resultant fuel-economy ratings are not surprising. The Armada 4WD has U.S. EPA ratings of 13 mpg city / 18 mpg hwy / 15 mpg combined. During our time in the Armada we averaged 14.5 mpg, so the ratings seem to be spot-on. 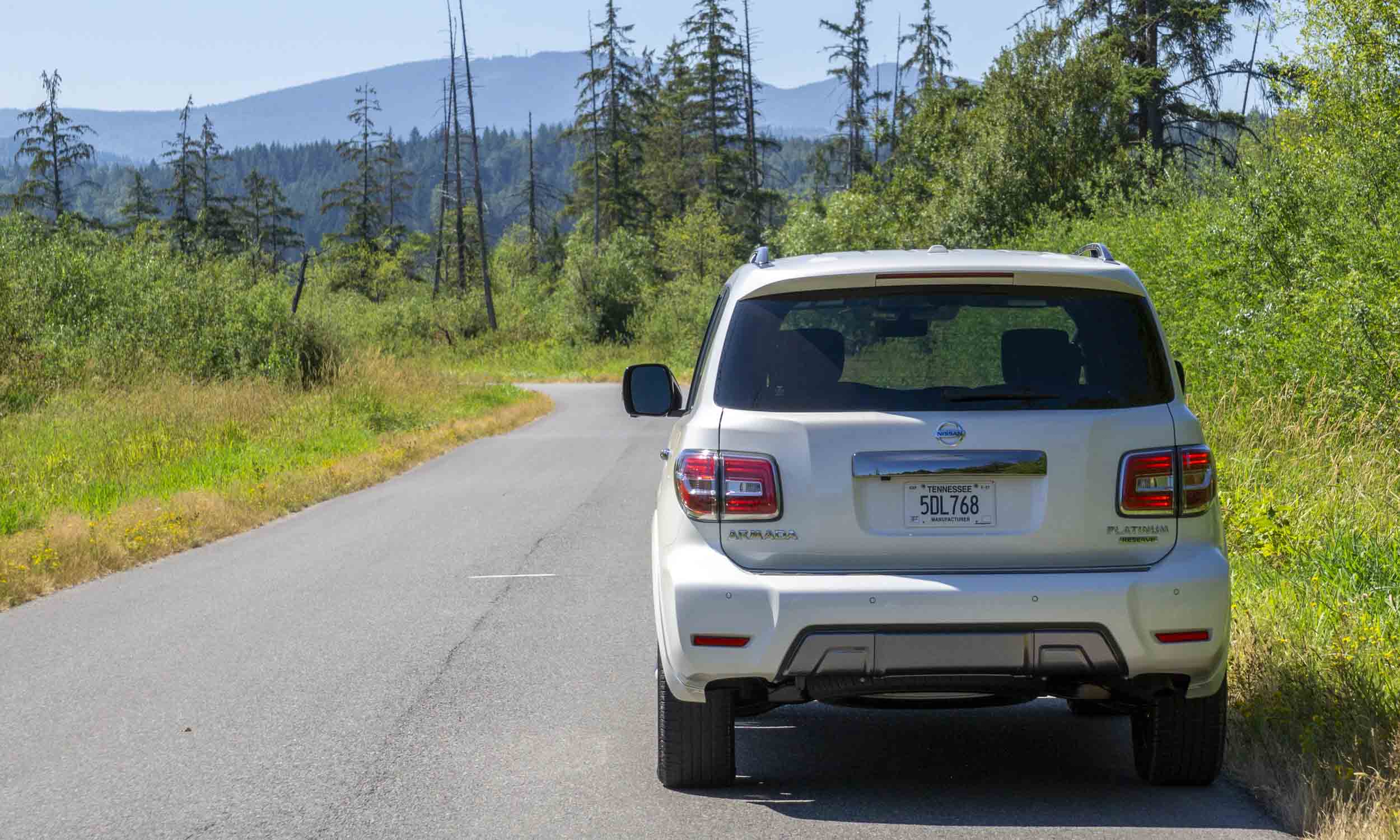 On the Road
It may be large, but with 390 horsepower on tap the Armada is surprisingly quick. Negotiating backroads of varying surface conditions east of Seattle was not a problem for this big SUV — the ride is quiet and smooth. Granted, Armada has the body-on-frame construction of traditional SUVs and pickups, but it doesn’t feel like a truck. In fact, Armada would be a great choice for family road trips. When roads get long and winding the massive Armada holds its own — steering is better than expected, and even at high speeds this big SUV feels stable and comfortable. 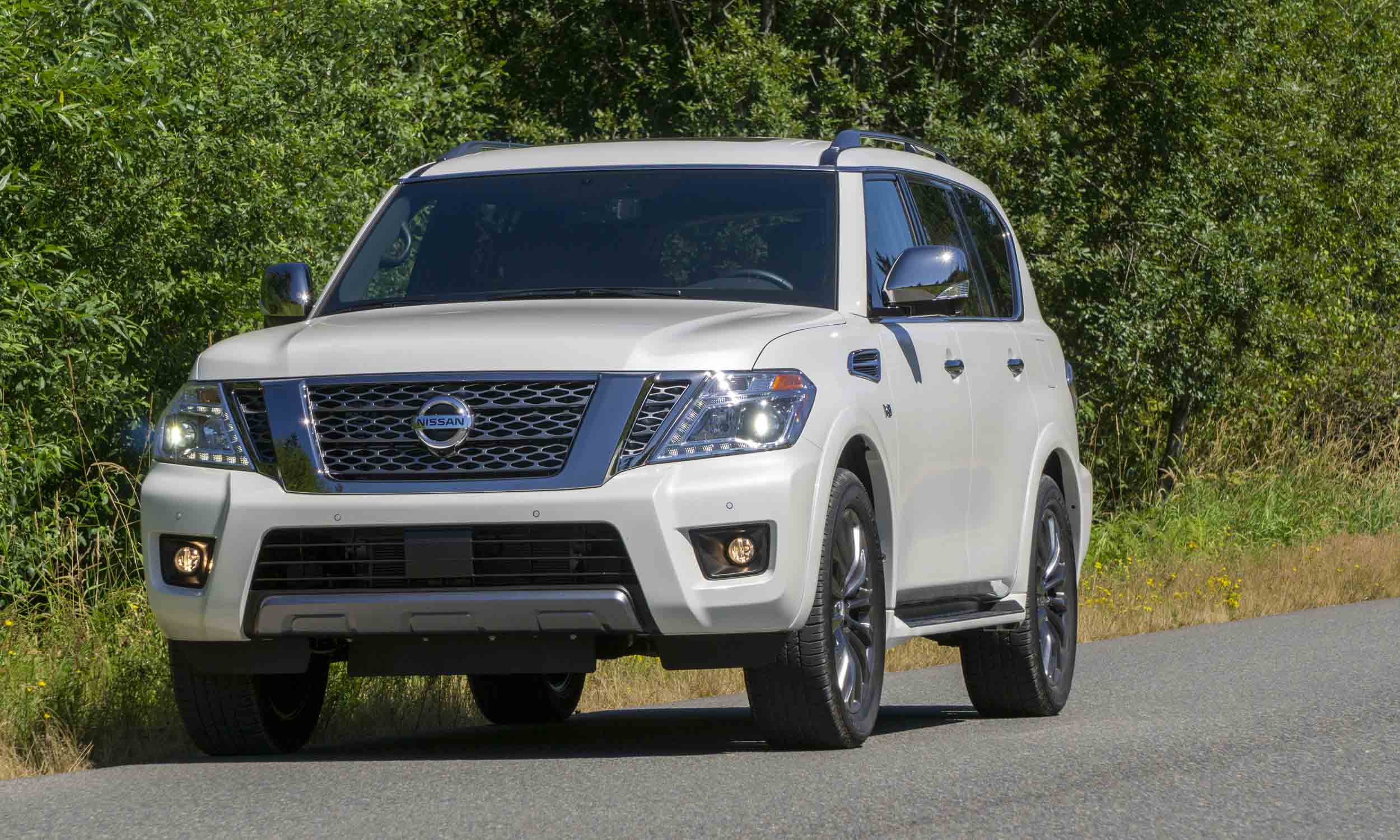 Rating: 8.5
Granted, the full-size SUV segment is diminishing in America, although it remains important. These vehicles provide plenty of capability for hauling passengers, cargo and trailers, and the Nissan Armada certainly holds its own among the competition. With a roomy interior, impressive power and a comfortable ride, Armada has a lot to offer as a ready-for-anything family vehicle. And for those willing to splurge before setting sail, the Armada Platinum Reserve brings a commanding level of comfort, features and luxury. 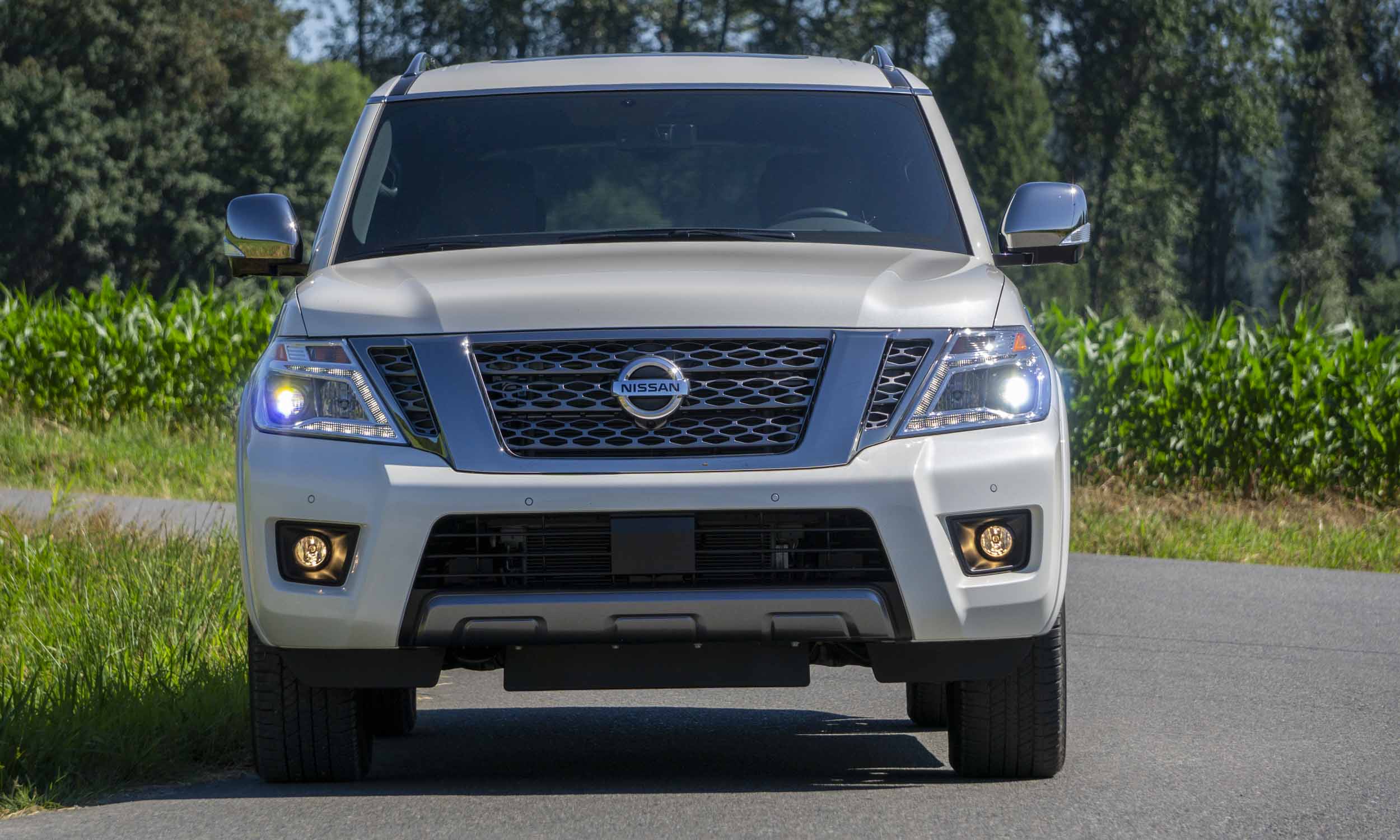 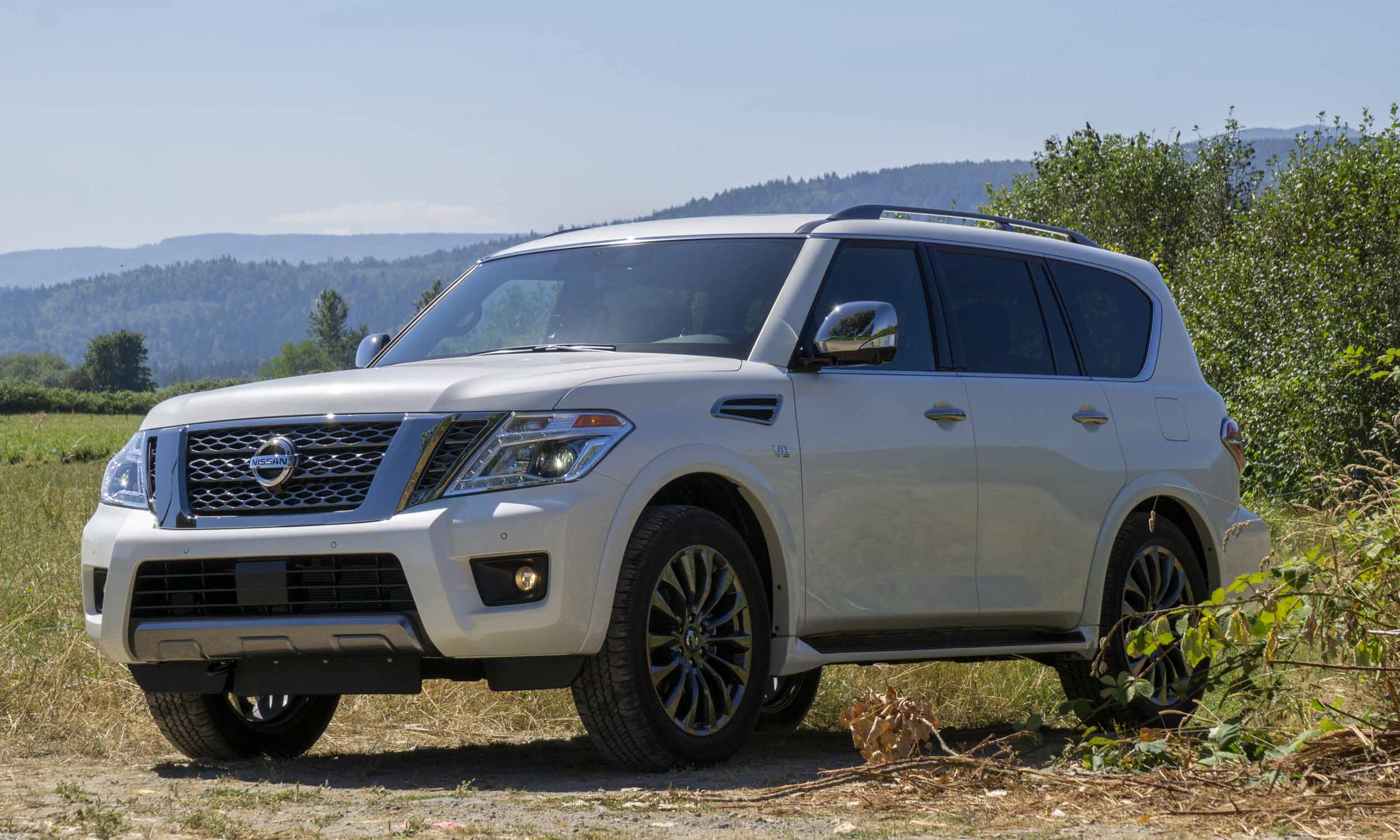 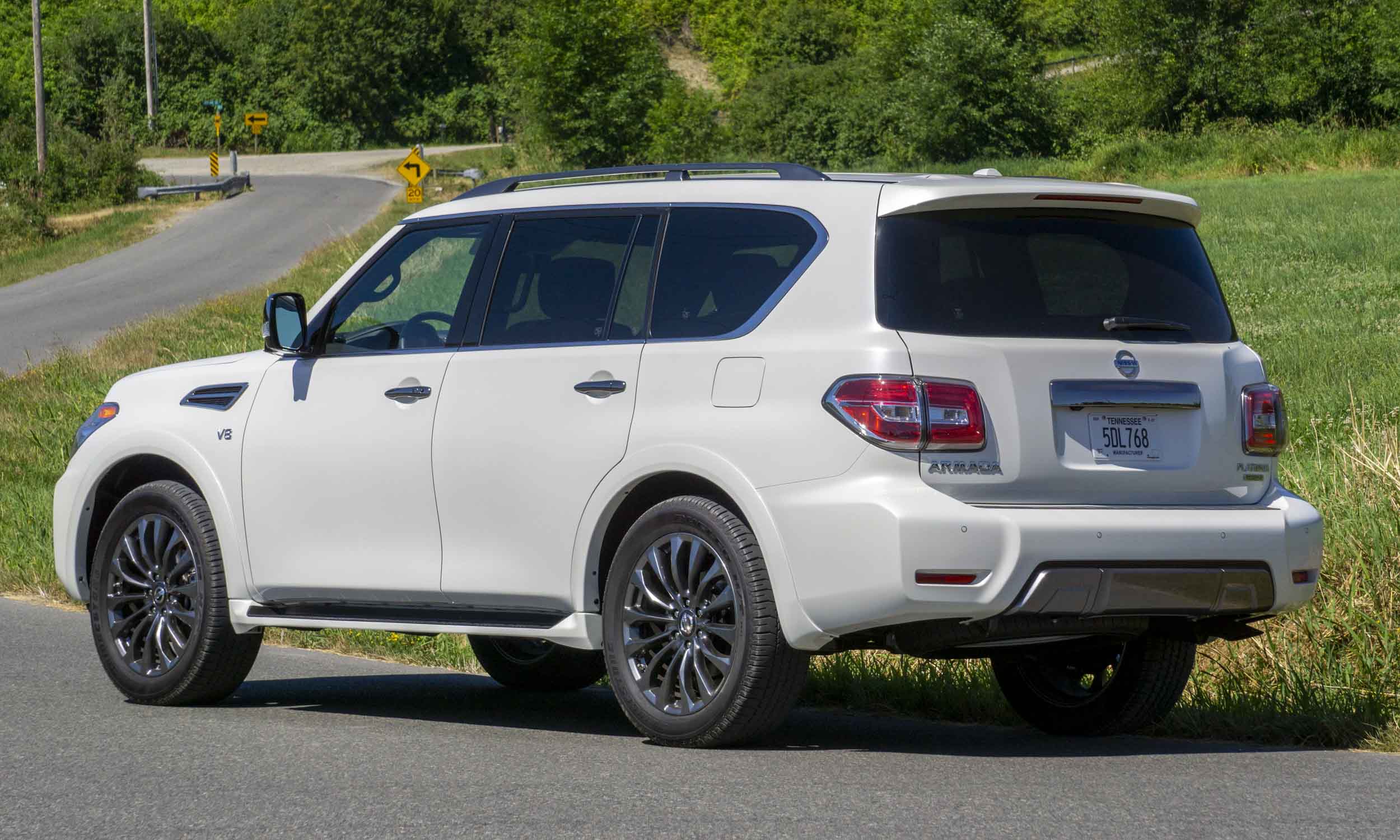 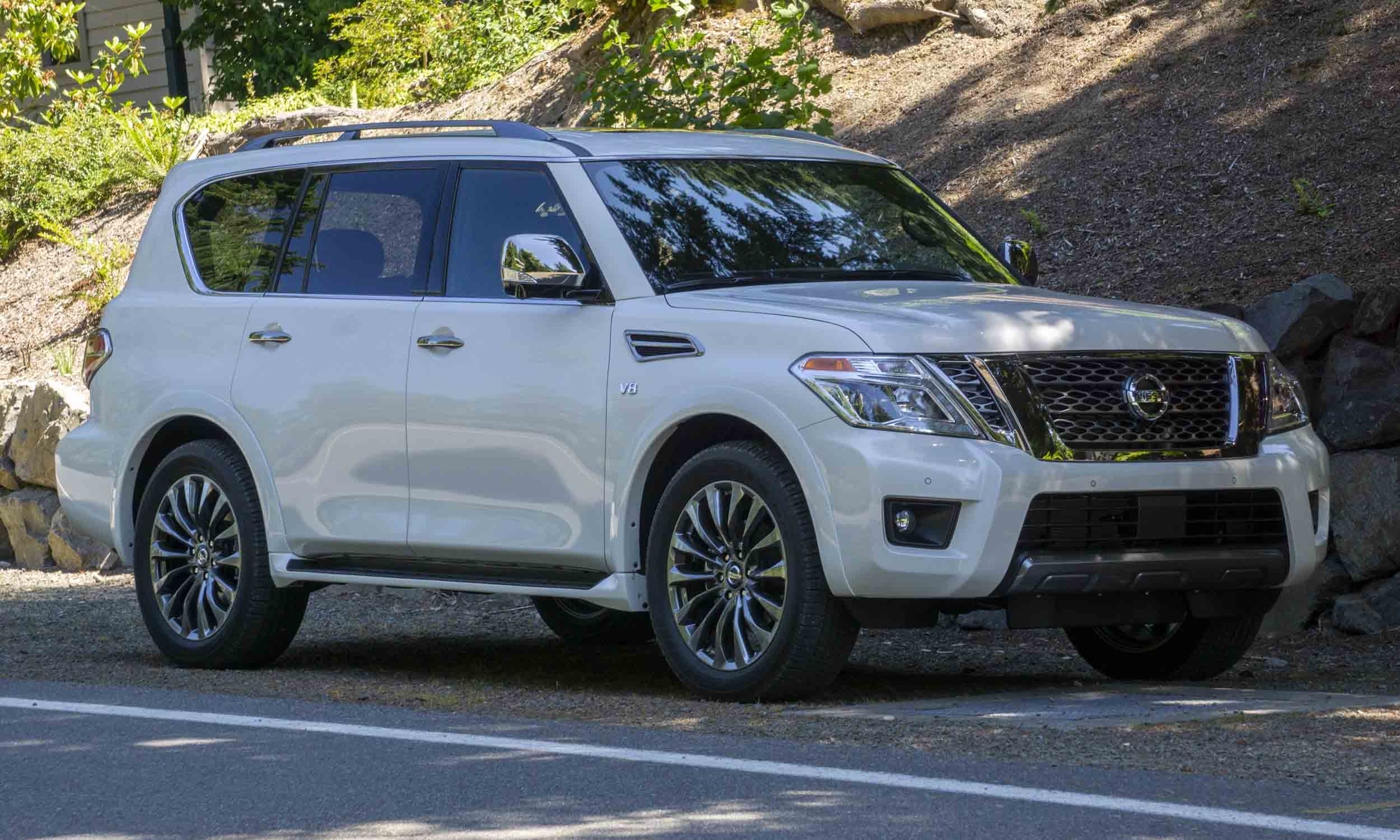 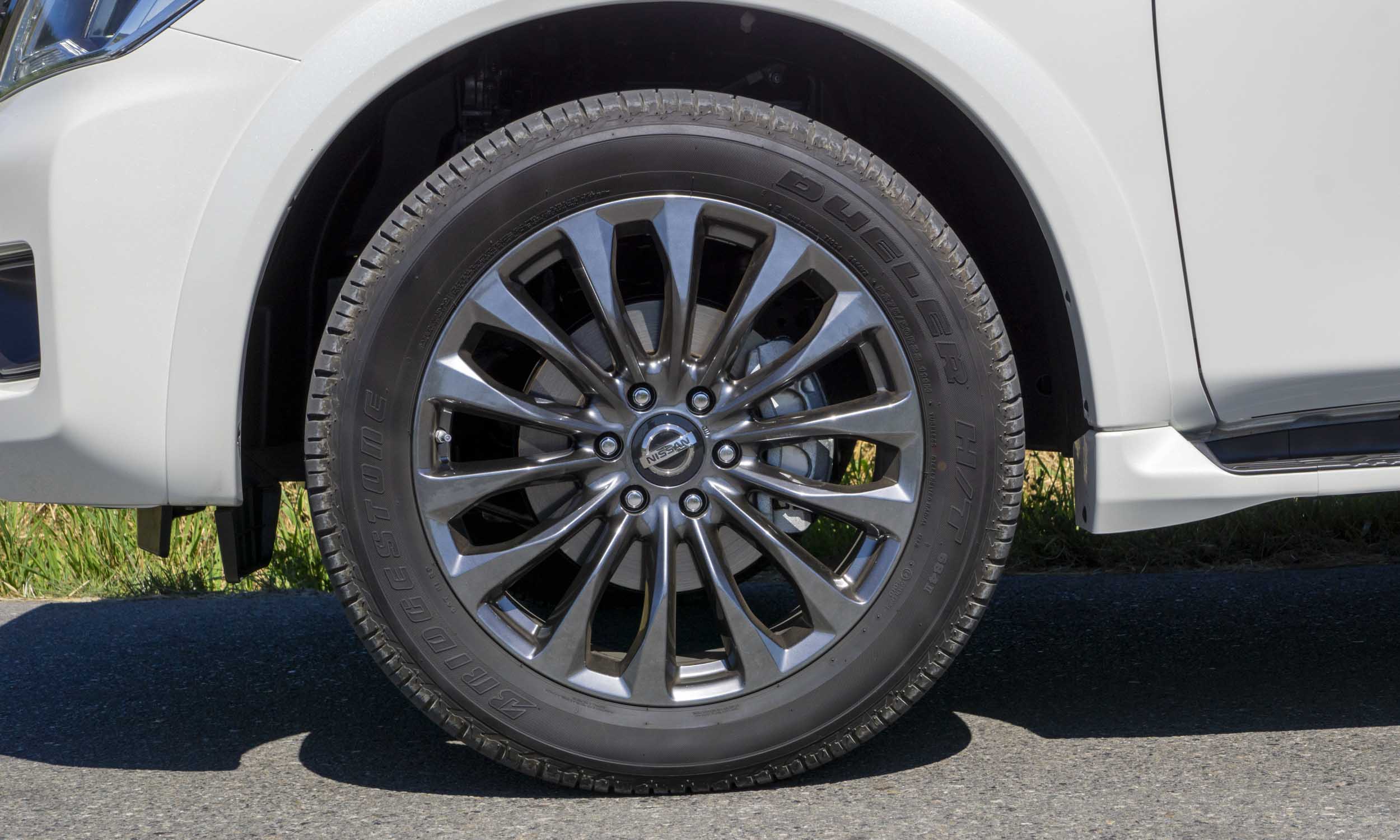 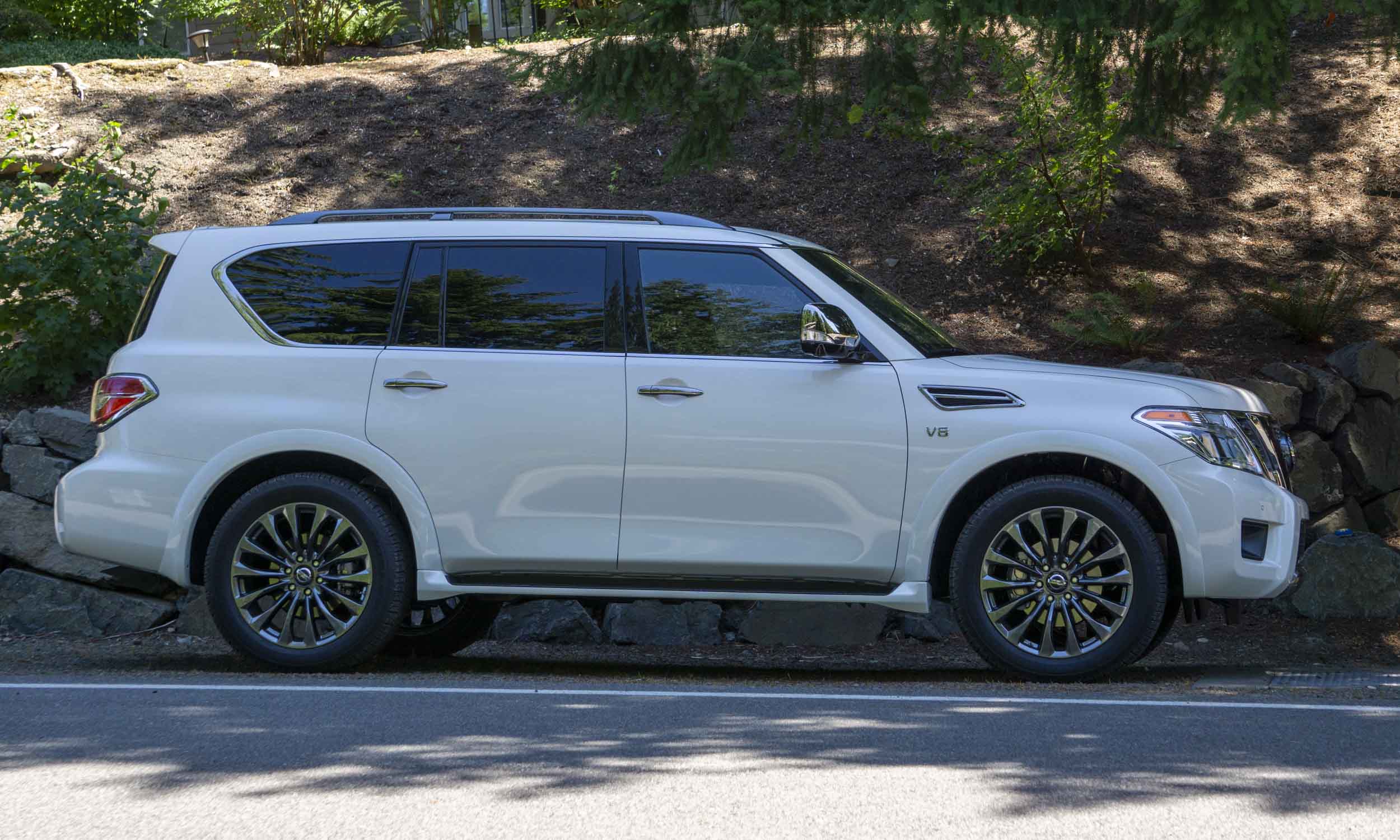 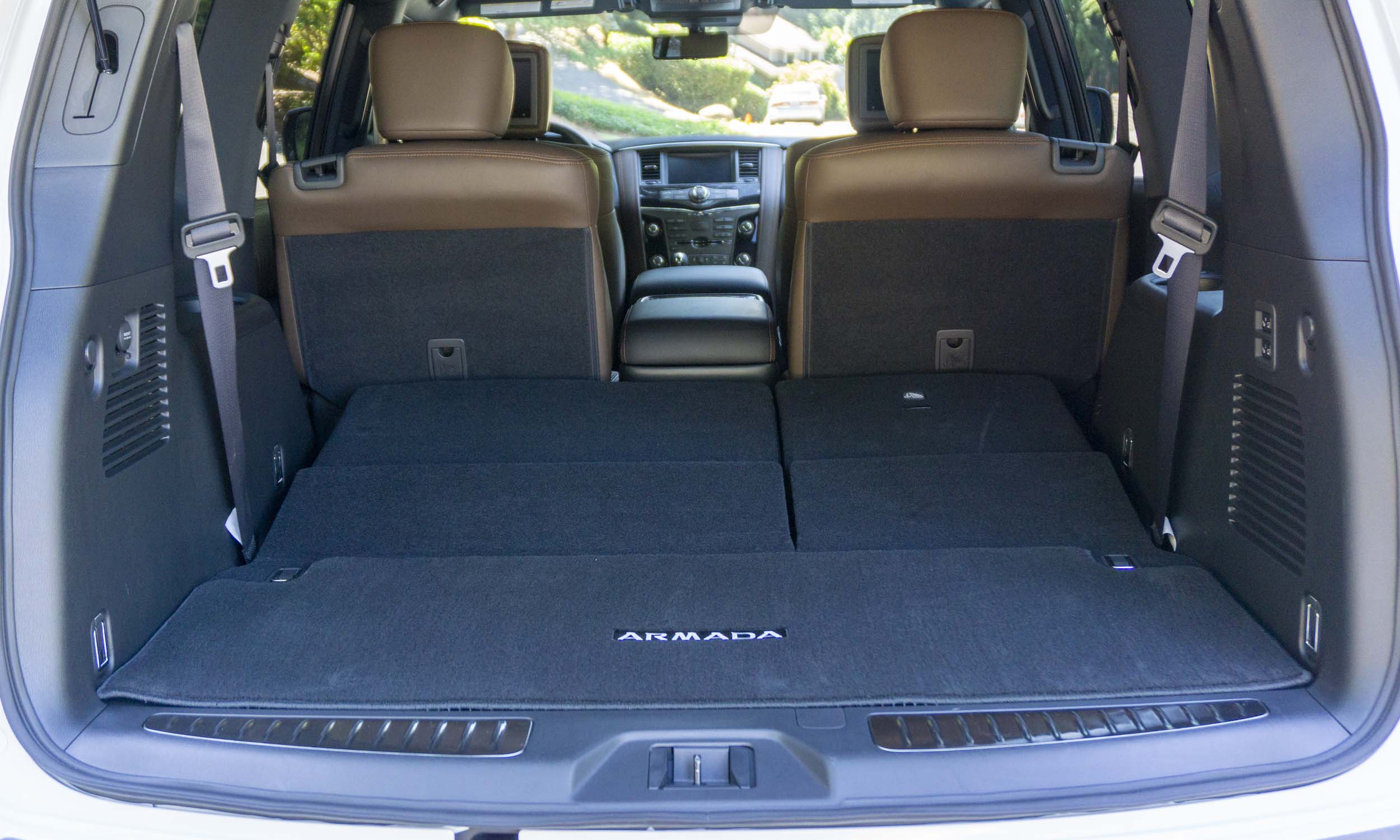 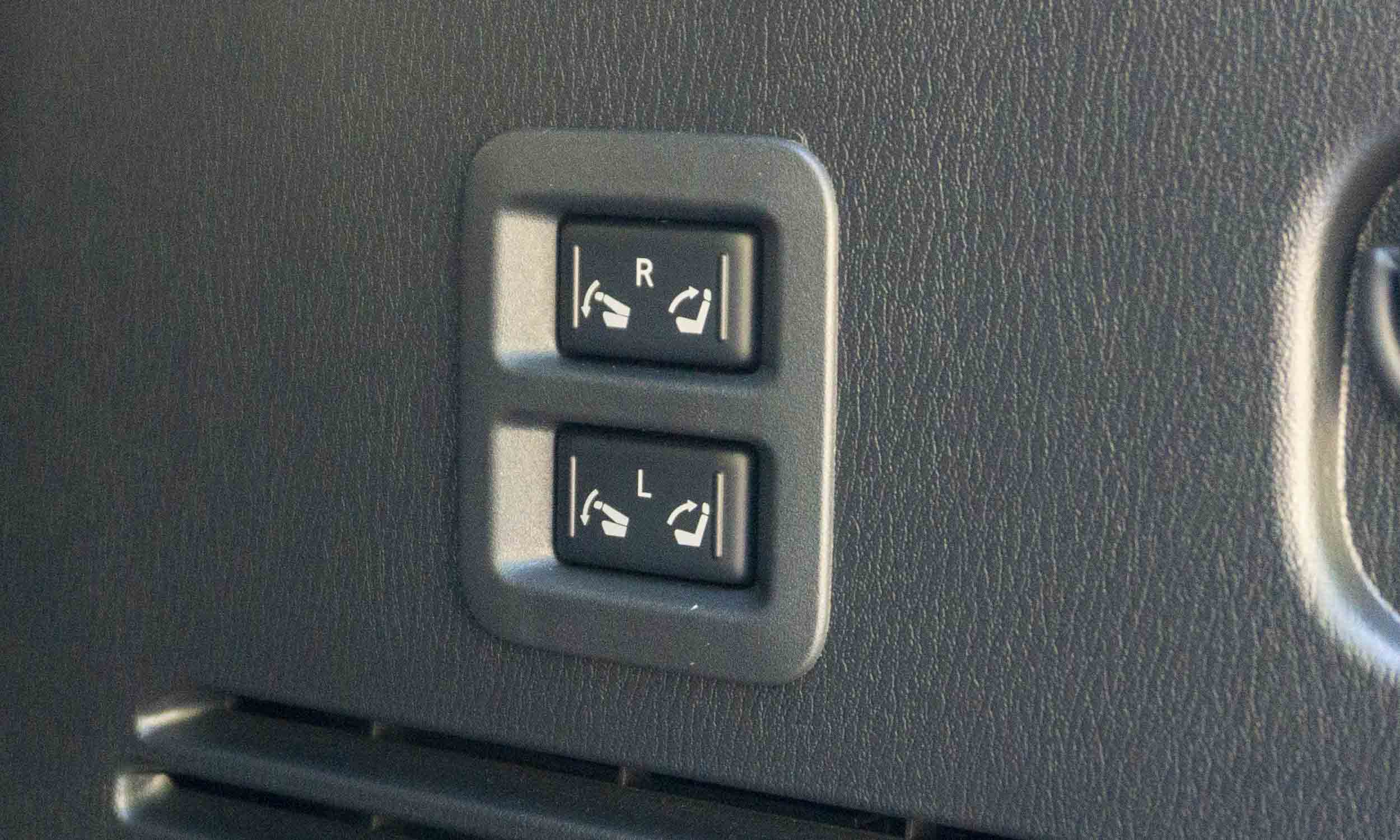 2020 Nissan Armada Platinum Reserve
The third row can be folded flat from the rear of the vehicle. 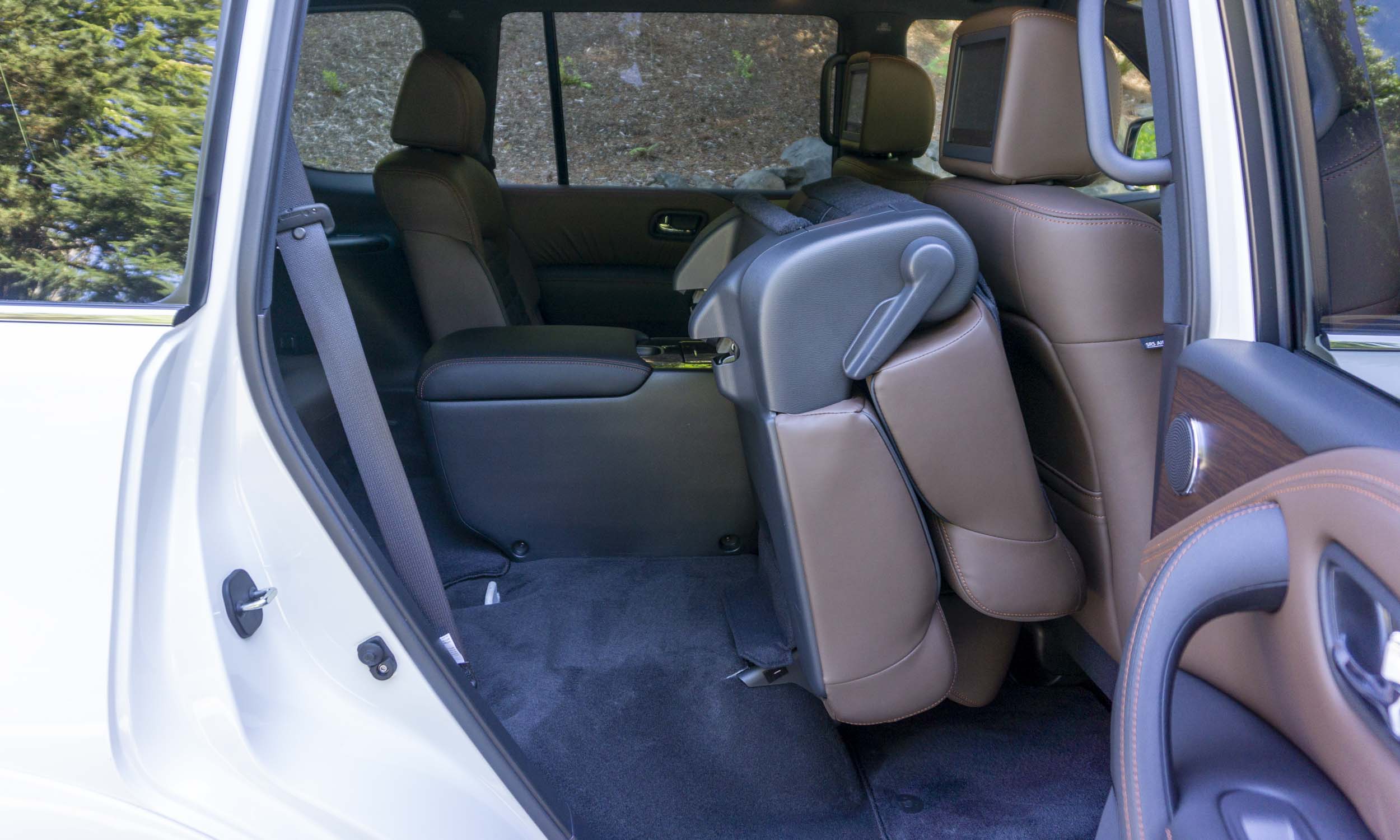 2020 Nissan Armada Platinum Reserve
Second row seats fold out easily out of the way for access to the third row. 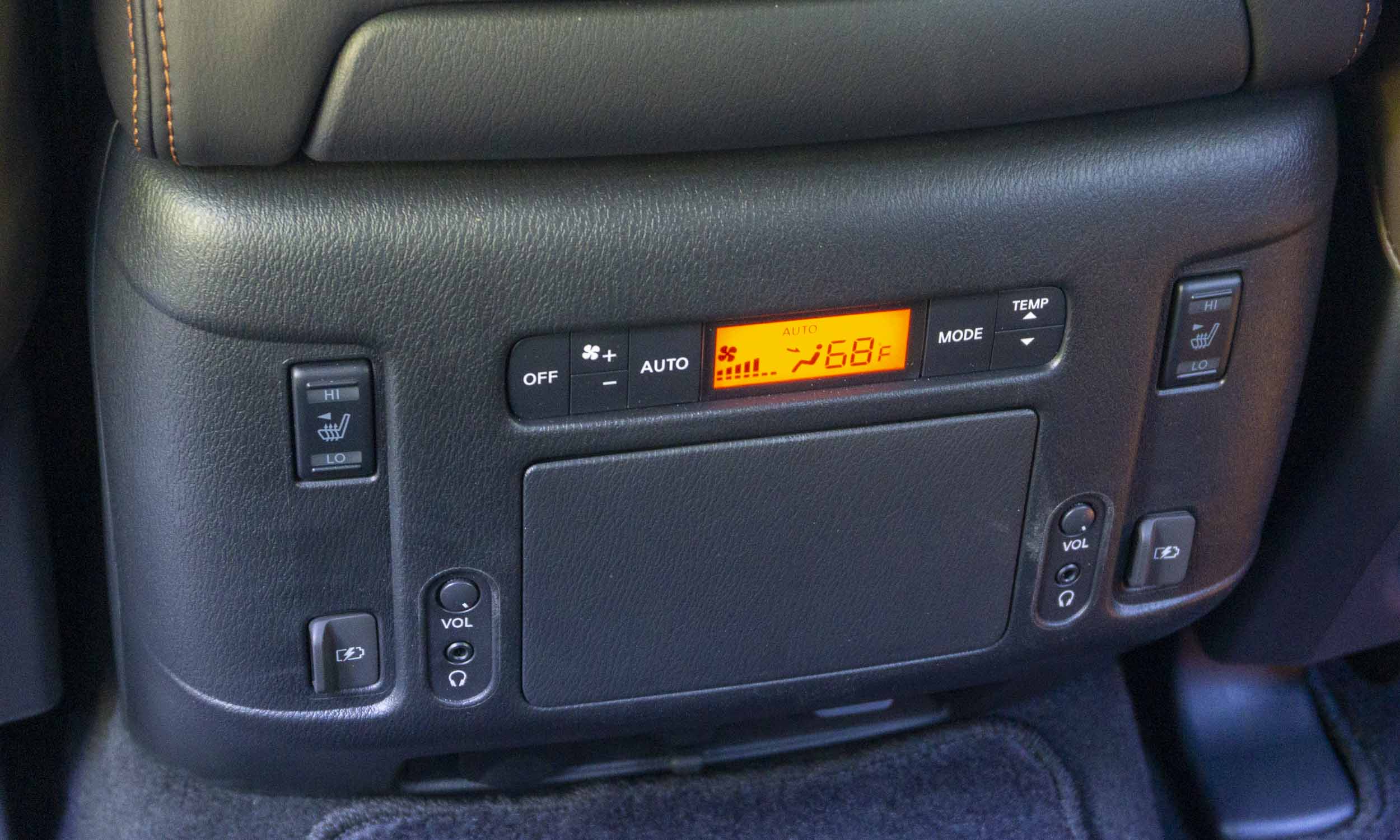 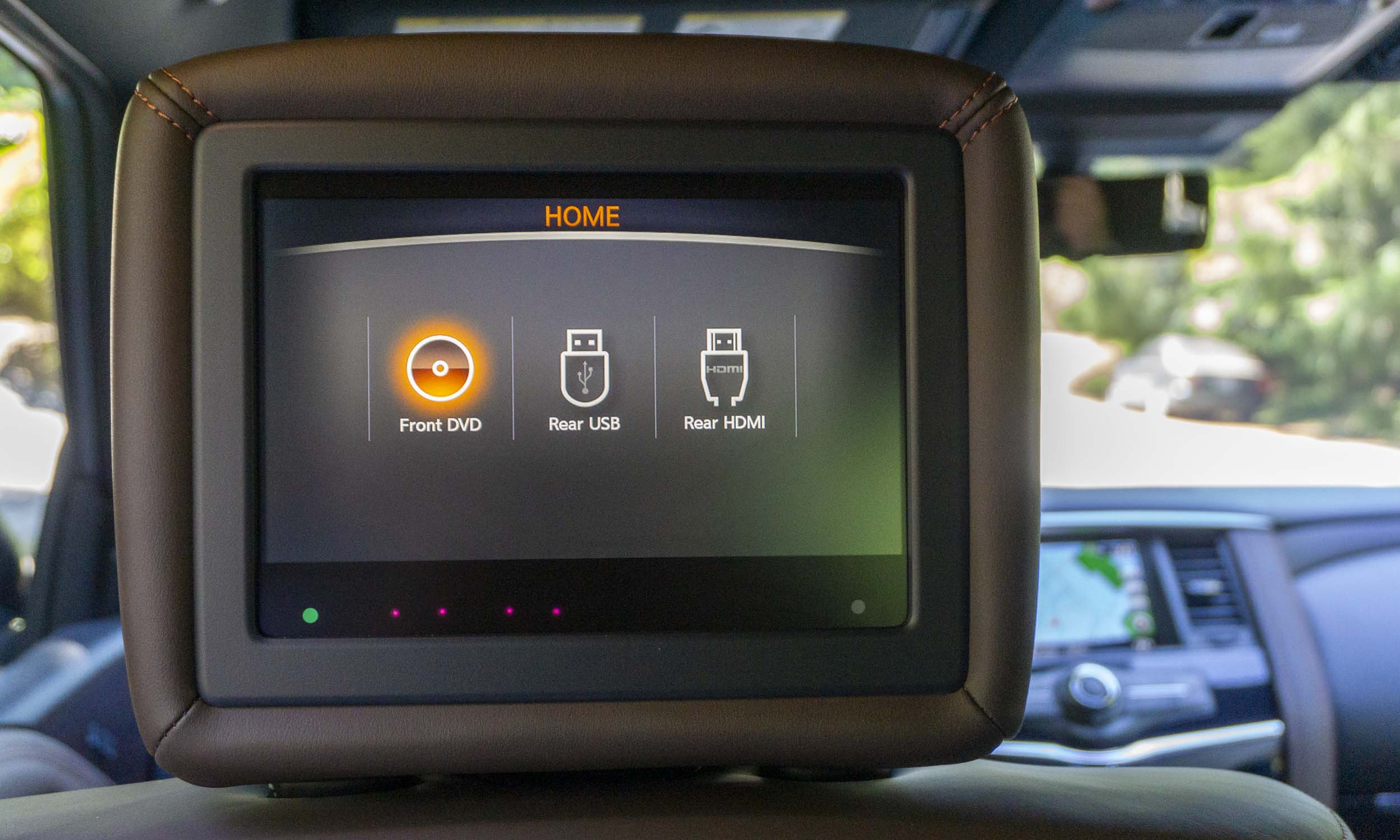 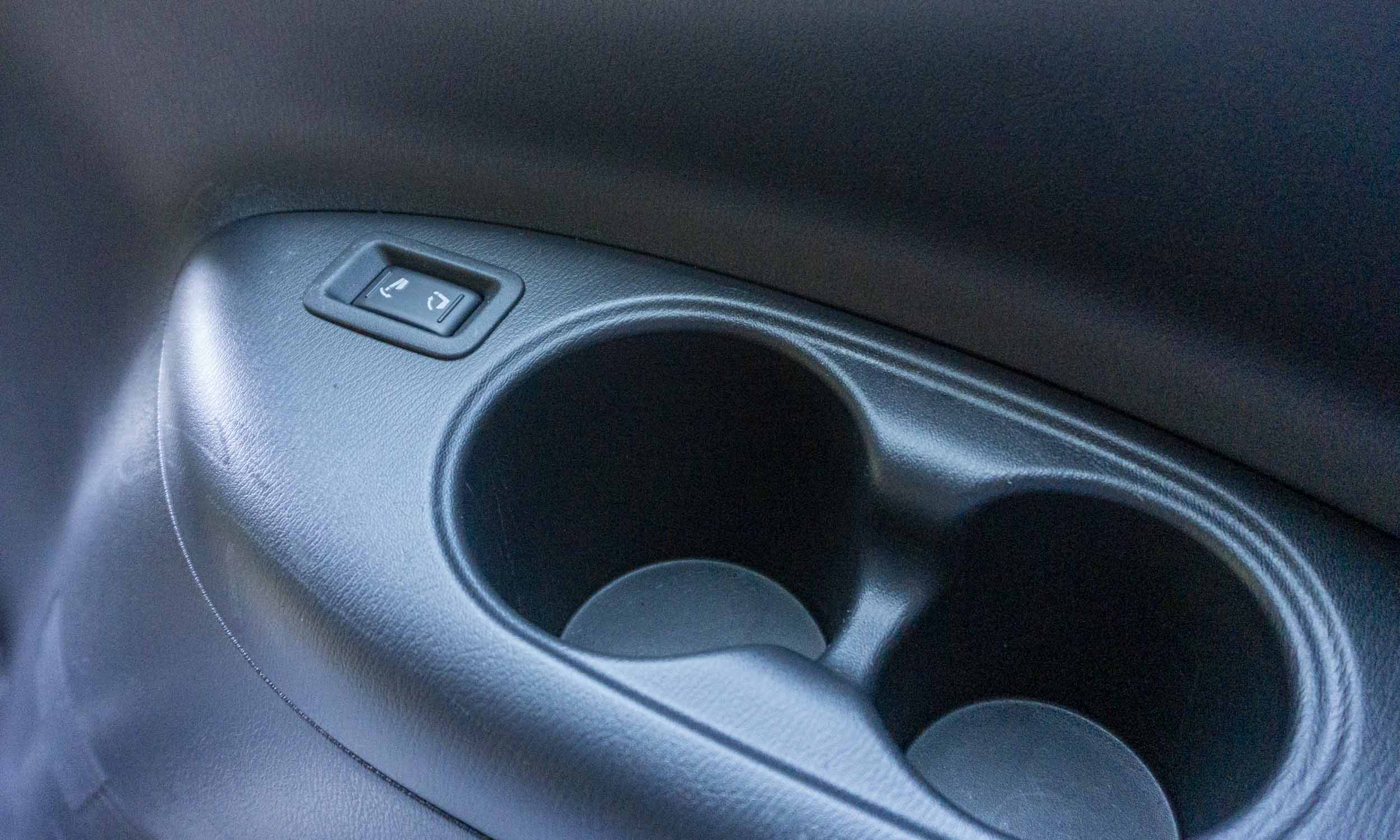 2020 Nissan Armada Platinum Reserve
Third row seats can be reclined or folded with a switch next to the seat. 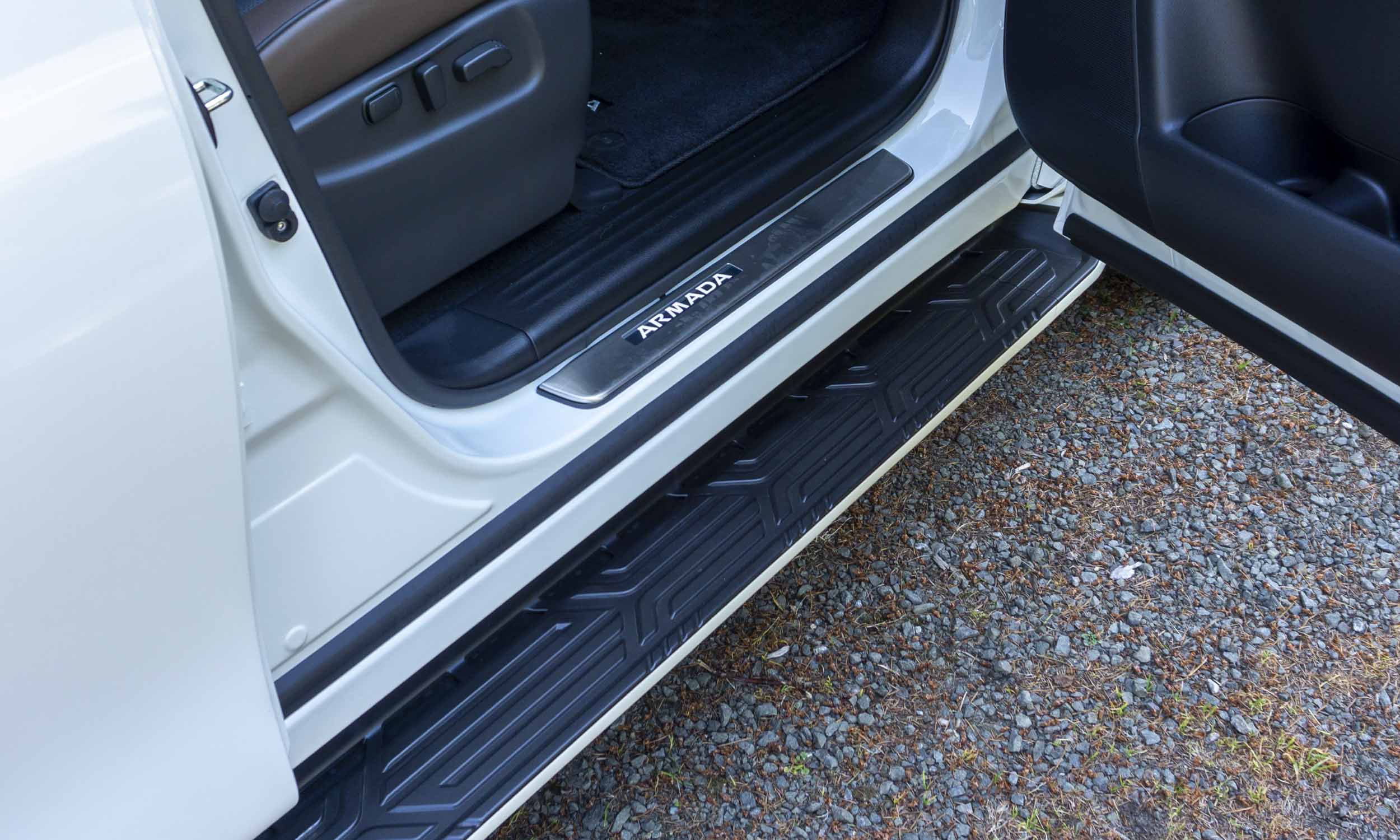 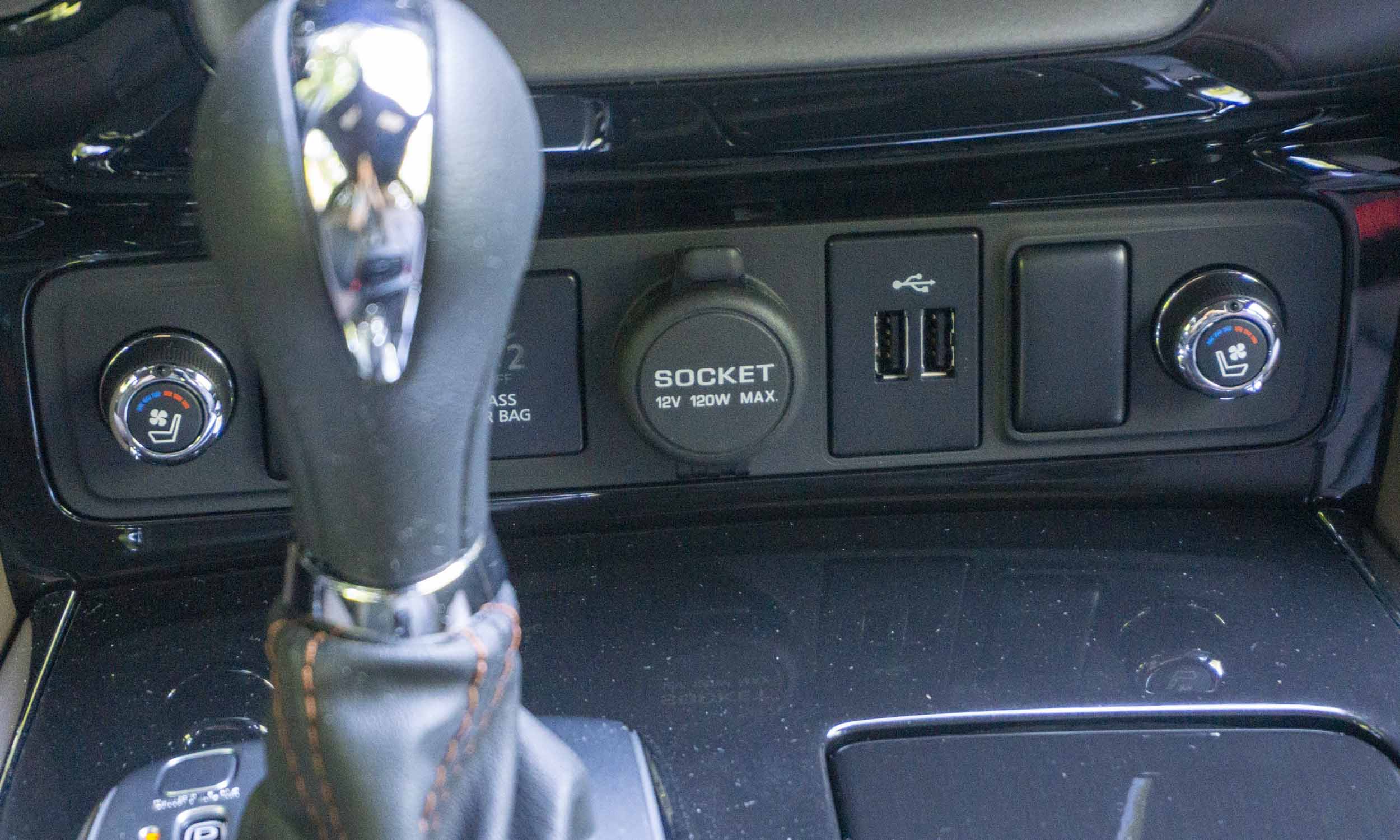 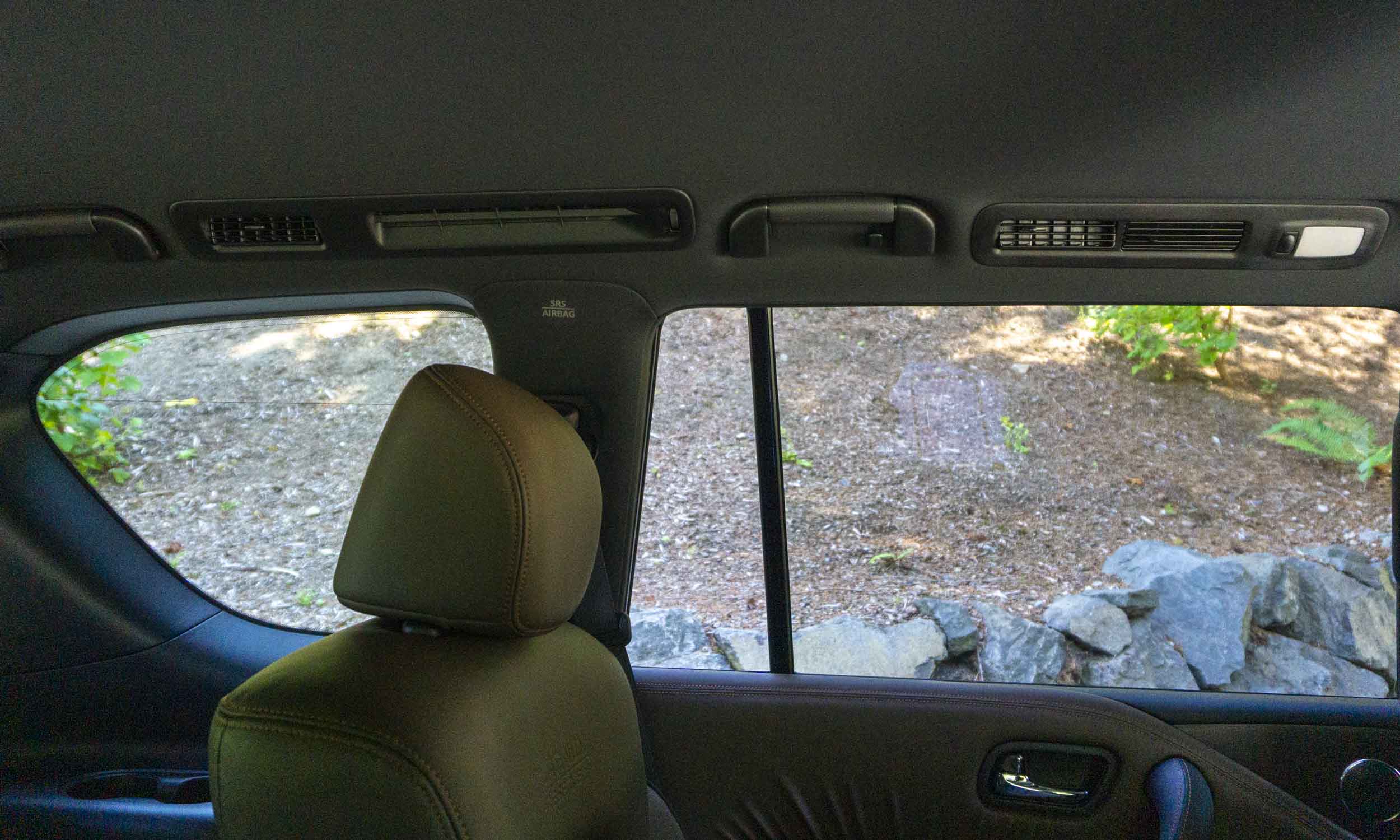 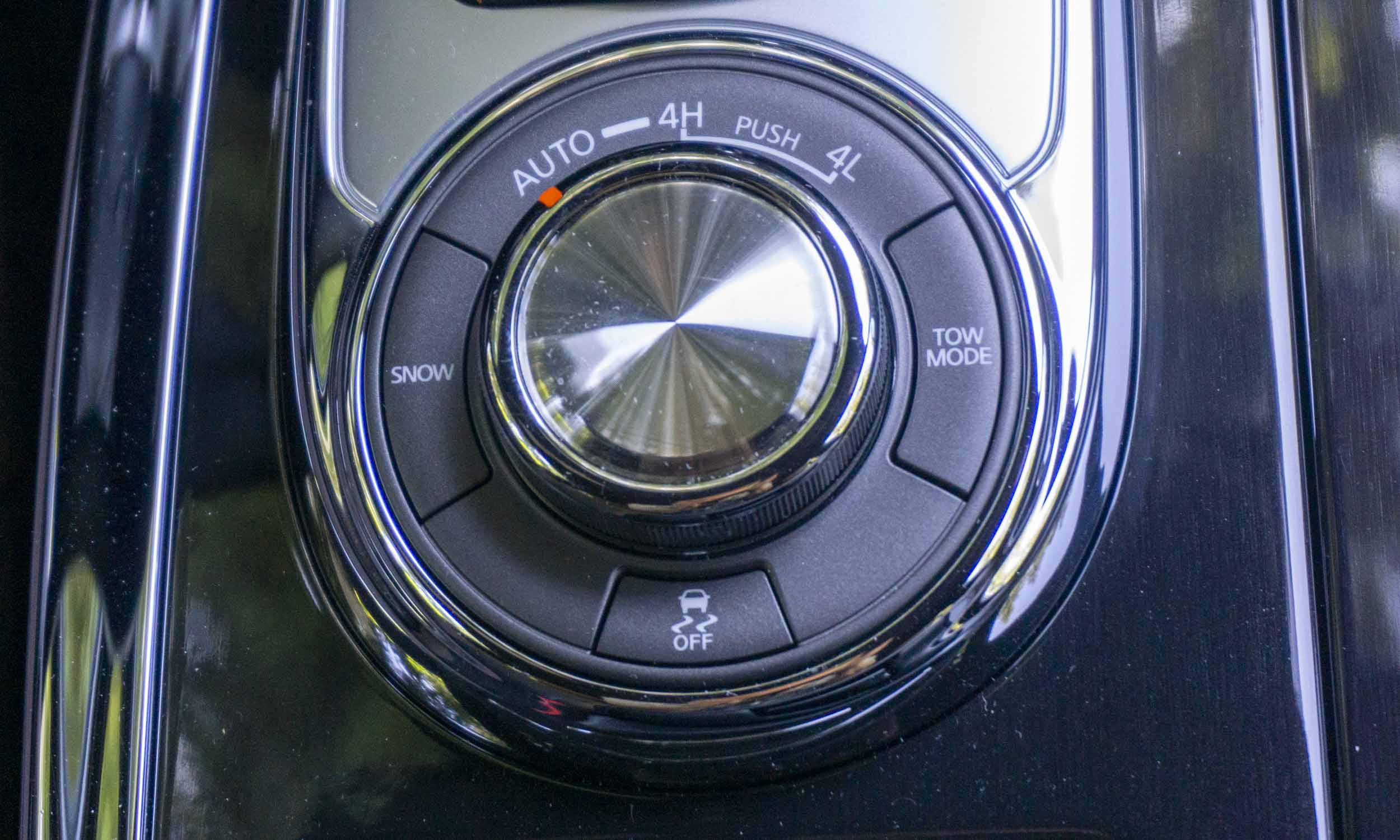 2020 Nissan Armada Platinum Reserve
Controls for four-wheel drive and other drive settings are found in the center console. 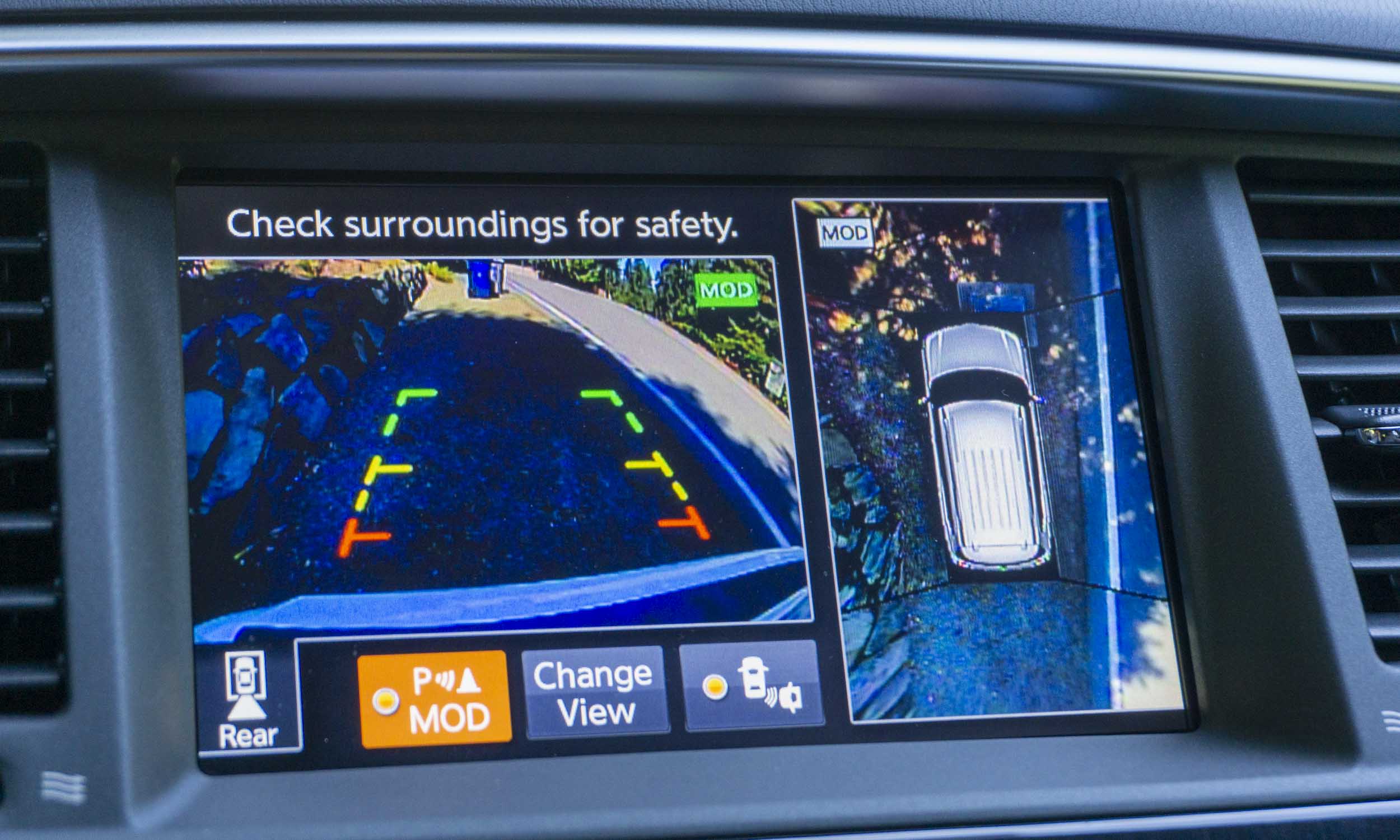