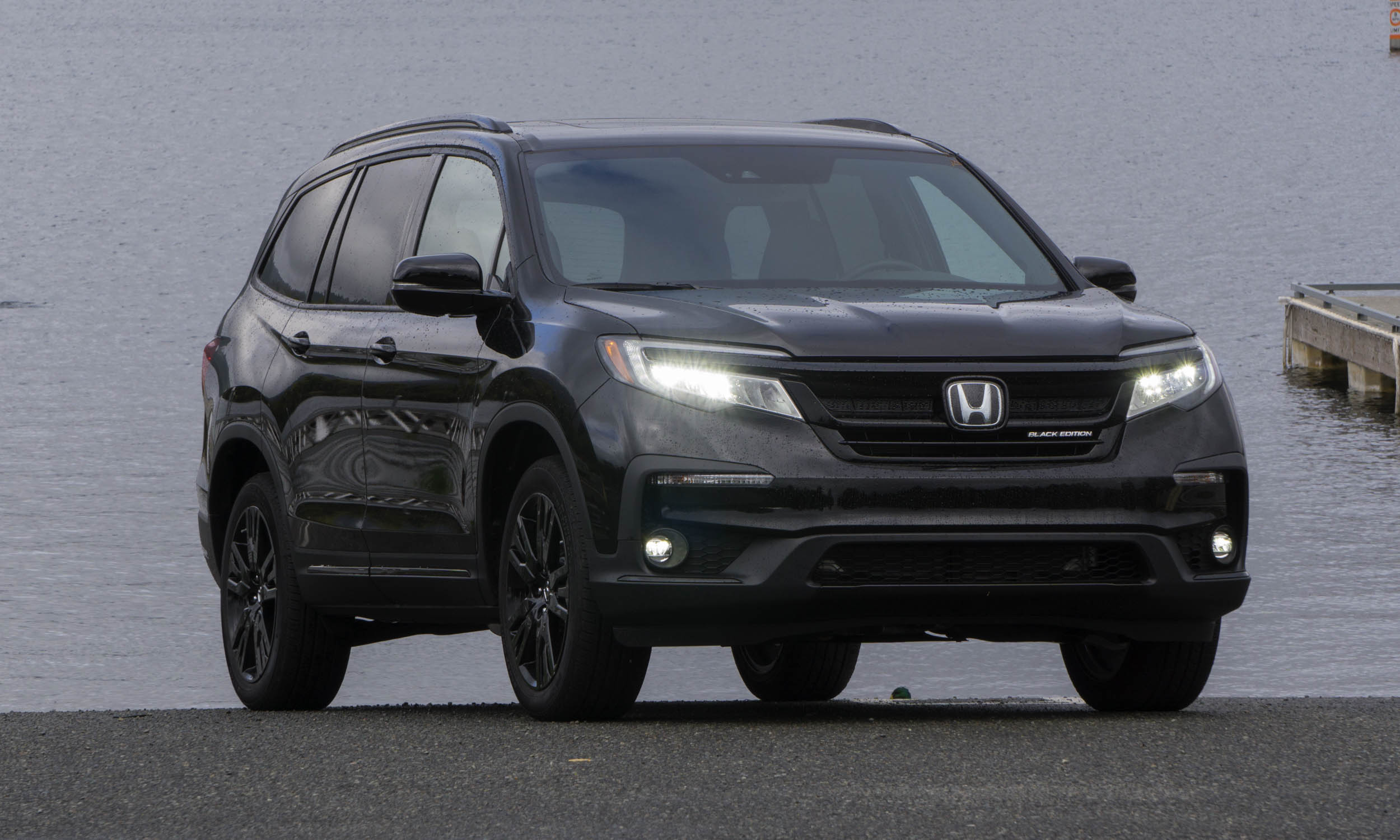 Single Color
For the 2020 model year, Honda introduces an all-new version of its largest SUV, which resides at the top of the Pilot lineup. The new Black Edition builds on the luxurious Pilot Elite, and it comes standard with just about every feature Honda has available, including the latest in entertainment and safety features. The Black Edition has a single exterior color (we’ll let you guess) and adopts a sinister look that helps it stand out in the crowded midsize SUV market. 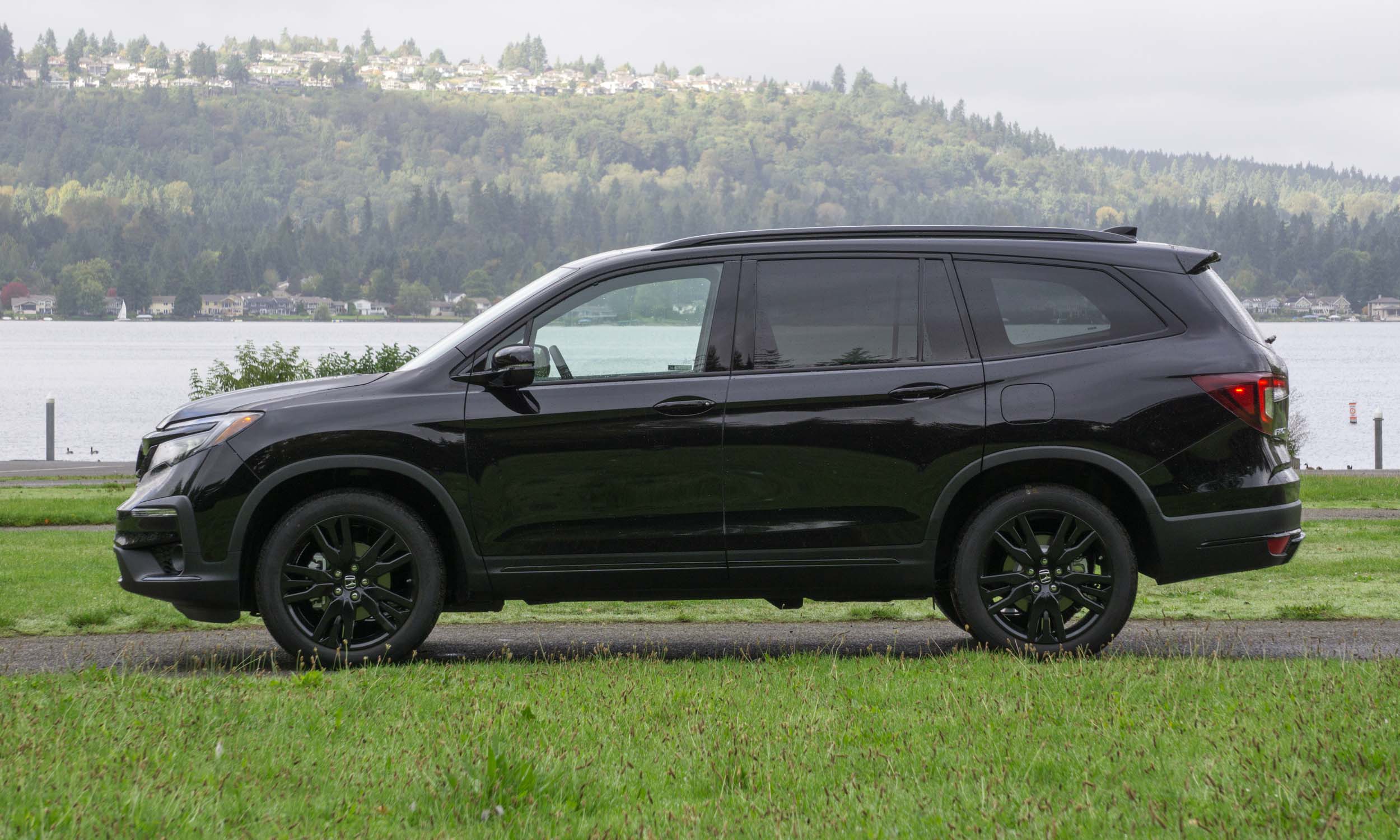 Our Test Vehicle
The vehicle we drove is painted in Crystal Black Pearl and has black leather interior trim. The Black Edition has no factory options, and as the top-line Pilot trim it possesses just about everything as standard equipment — including all-wheel drive. The total MSRP for our test Pilot is $50,715. The midsize SUV segment is one of the most crowded landscapes on the American auto market — primary competitors to the Honda Pilot include the Ford Explorer, Toyota Highlander, Mazda CX-9, Nissan Pathfinder, Subaru Ascent and Chevrolet Traverse. 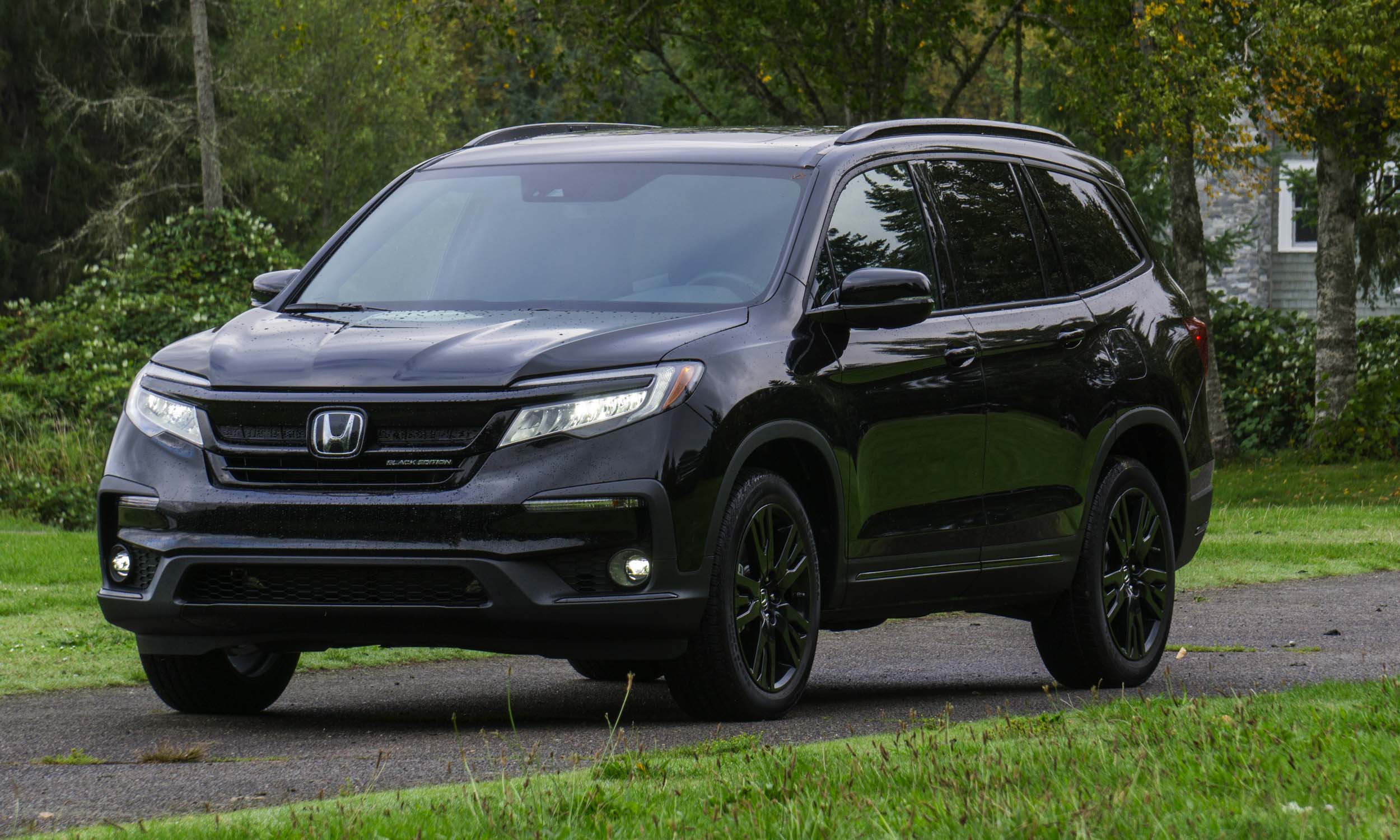 Black Treatment
The Honda Pilot received an update for 2019 that gave the SUV a more expressive look, but the Black Edition’s exterior treatment really helps set the Pilot apart from other vehicles of the segment. In addition to the Crystal Black Pearl paint, this special Pilot receives a black grille, headlight surrounds, window trim, door handles and exterior mirrors. Finishing off the look are black 20-inch alloy wheels. The only shiny parts are the Honda badges and, ironically, the Black Edition badging on the front and back. 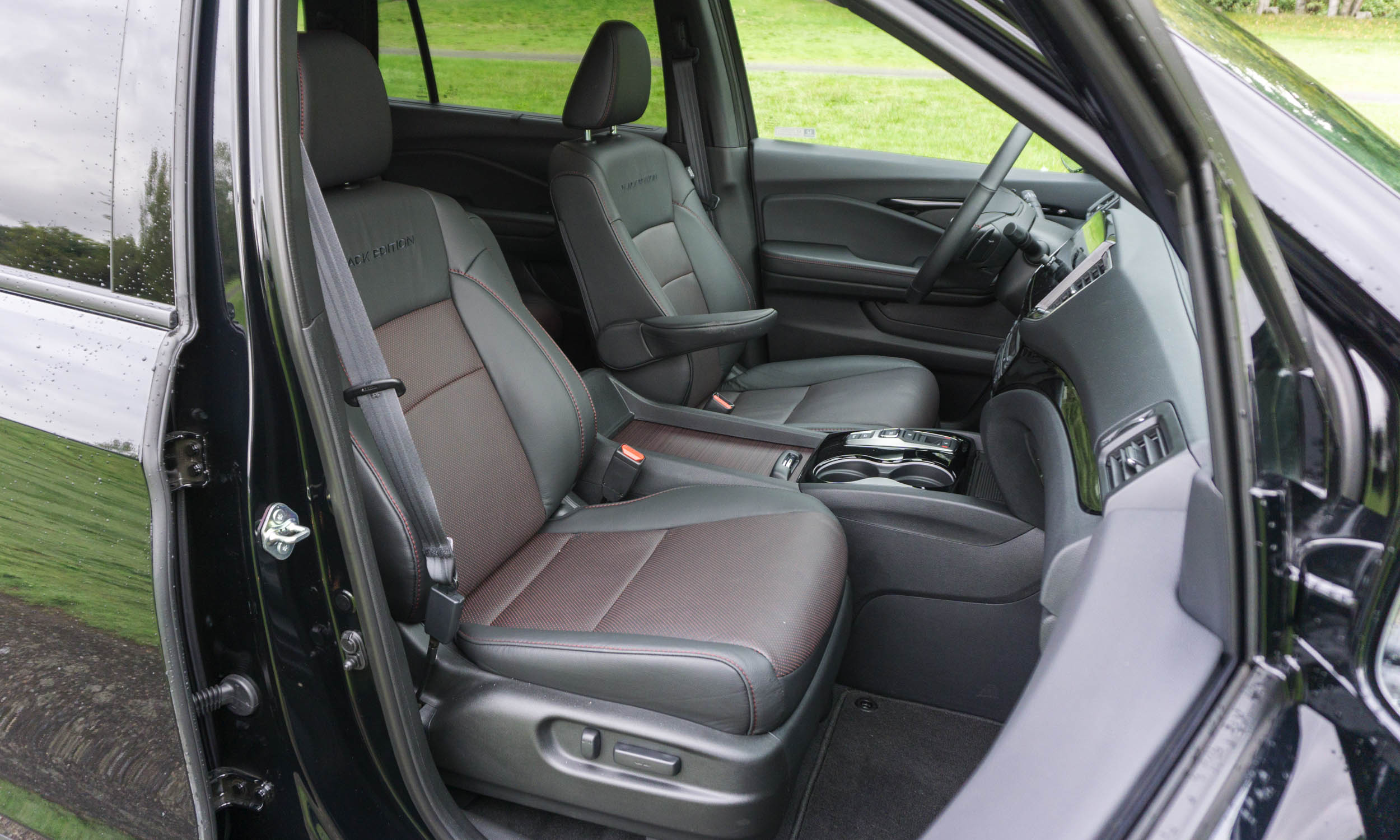 Stylish Interior
Honda continues the Black Edition theme inside with black leather trim as well as piano black trim on the dashboard and center console. Red accents can be found throughout the cabin, with red stitching on the seats and steering wheel, as well as ambient lighting and red trim on the front and second-row seats. And for those who seem to need constant reminding, the words Black Edition are embossed on the front seatbacks. 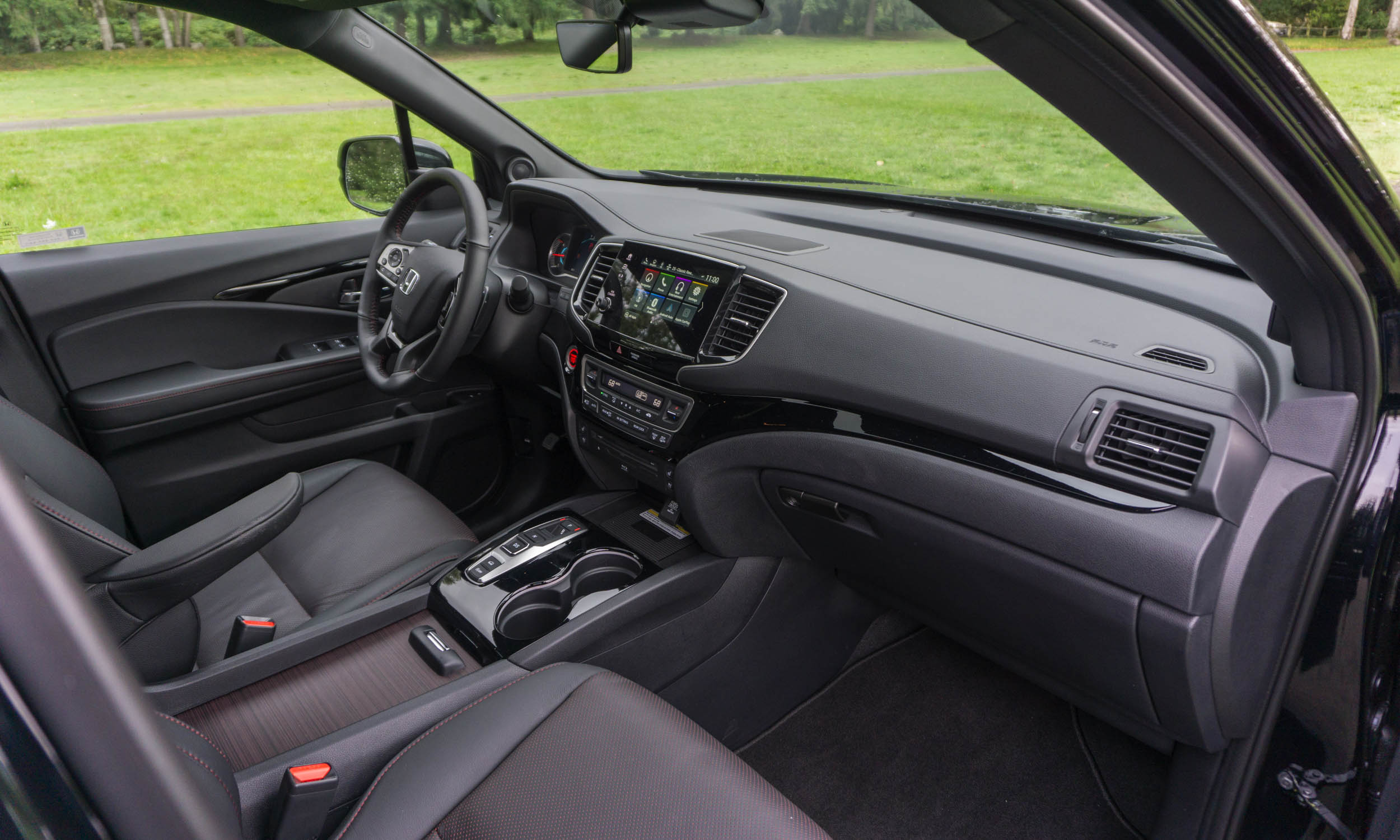 Space for Stuff
The 2020 Pilot’s front seats are supportive and comfortable with heating and cooling available. We appreciate that Honda includes large cupholders that work well for storage, as well as a large covered center console. The space at the front of the console has a 12-volt outlet, a USB port and a wireless charging pad. We like the extra storage space around the wireless charger, but found that a phone can slide off the charger during spirited driving. 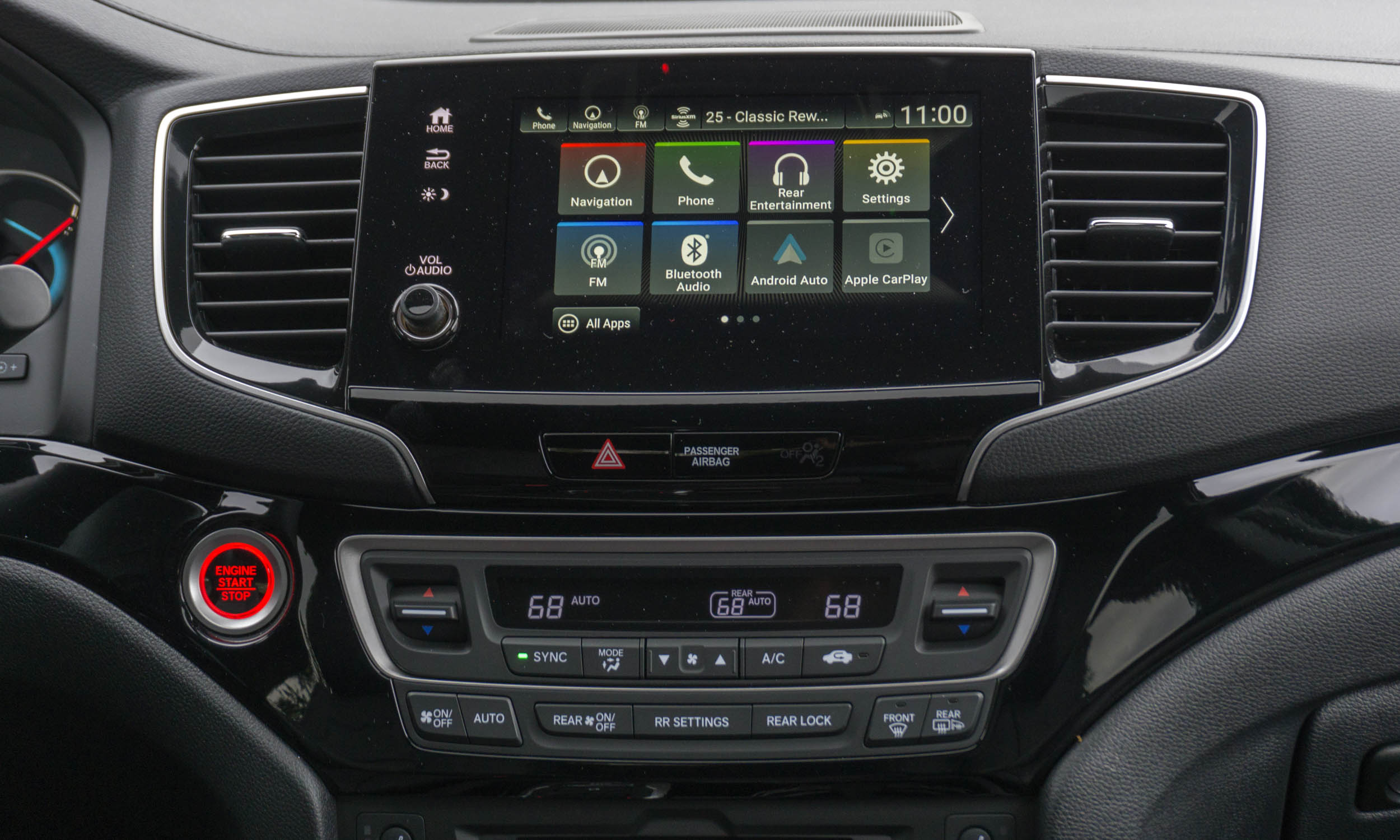 Integrated Interface
Honda’s interface has greatly improved over the years, and we admire the integration of the large touchscreen display screen. Buttons are large and easily discernable, and while we’re very pleased that Honda brought back the audio system’s volume control knob, we feel occupants would still appreciate the convenience of a tuning knob. Climate control settings are accessed via hard buttons that facilitate quick and clear changes in HVAC. 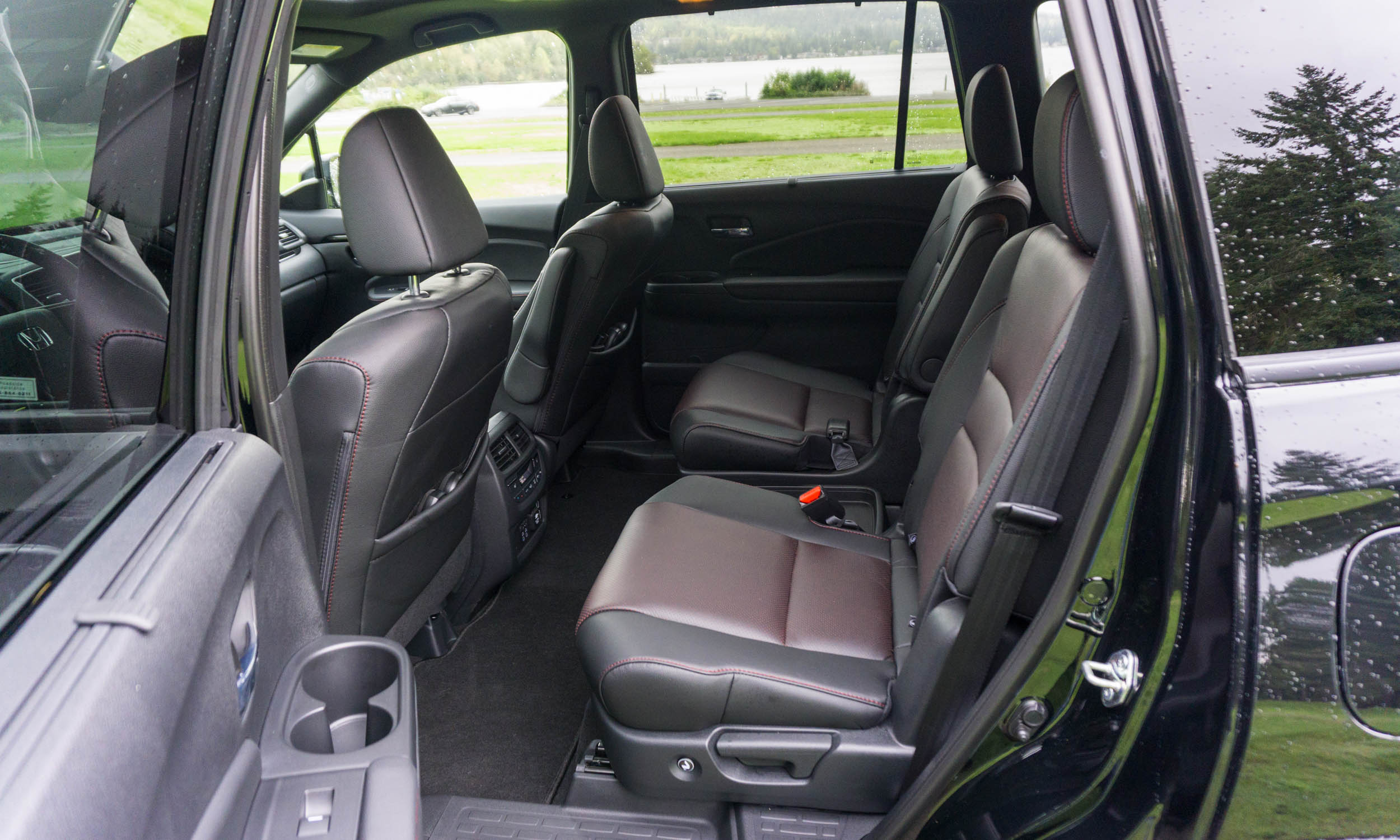 Second Row
The Pilot Black Edition has standard 7-occupant seating, which means there are two captain’s chairs in the second row instead of a bench seat. Second-row passengers will enjoy plenty of legroom as well as heated seats, separate climate controls, multiple USB ports and a 110-volt power outlet. Have we mentioned the standard Blu-Ray / DVD entertainment system? It can be a sanity-saver on long road trips. 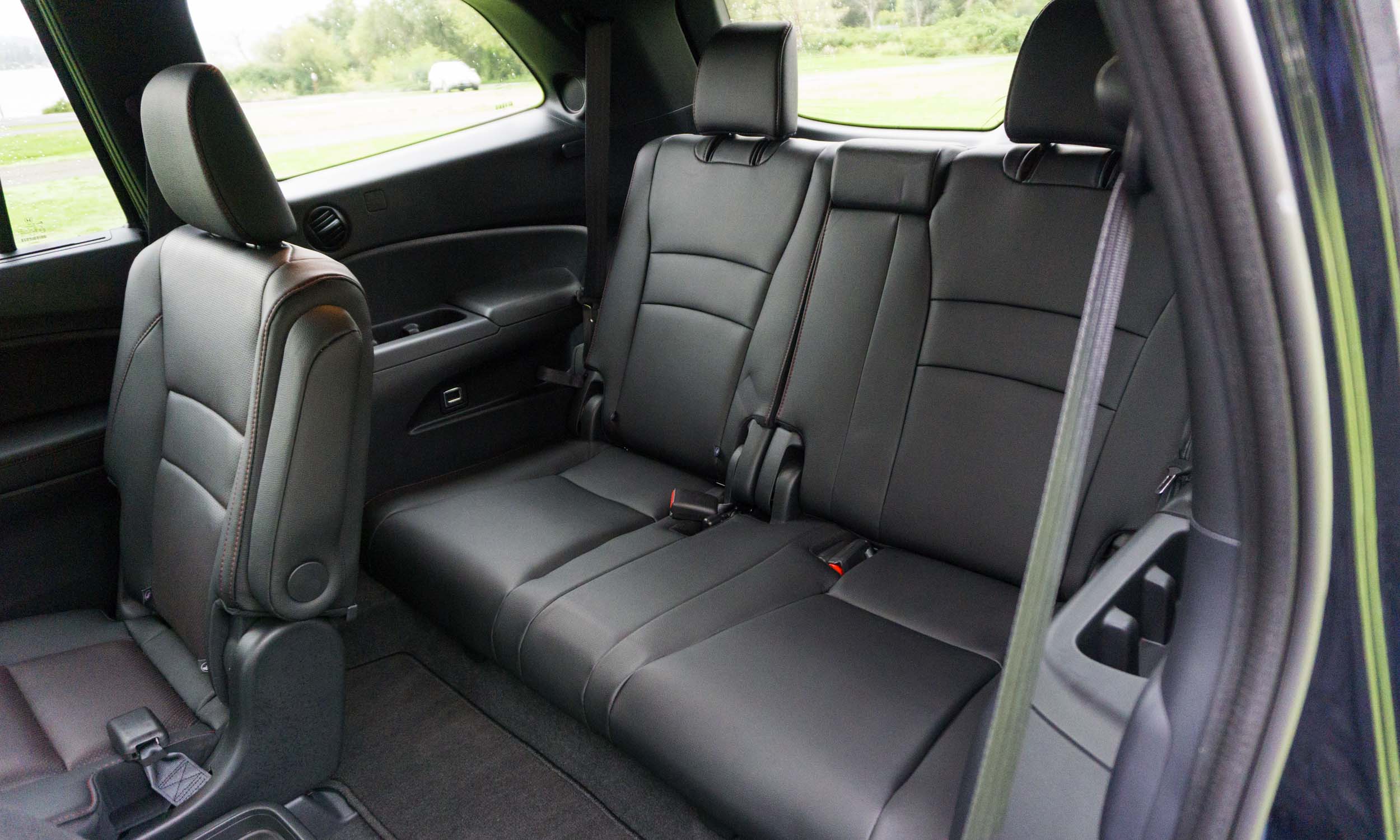 Third Row
Access to the third row is quite simple: push a single button on the second-row seat and it folds and slides forward. The third row is not a bad spot for two passengers; however; the middle seat in that rear row is not terribly comfortable, and three passengers back there would be cramped. Additional cupholders and air vents do make that third row a bit more livable. 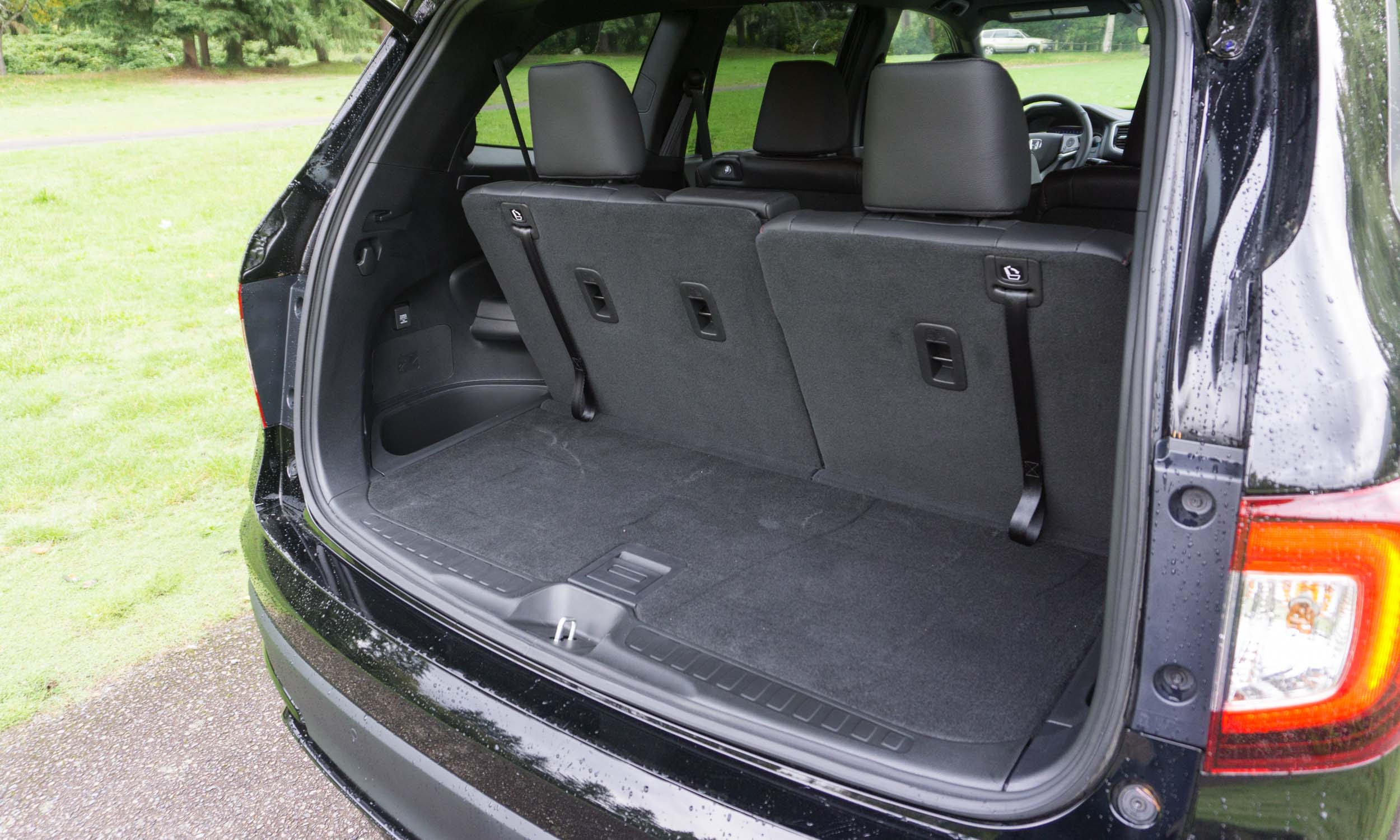 Cargo
With the third row in use rear cargo space is somewhat tight; however, with that aft row folded flat — easily accomplished from the rear of the vehicle — there’s considerable room for luggage or other cargo. 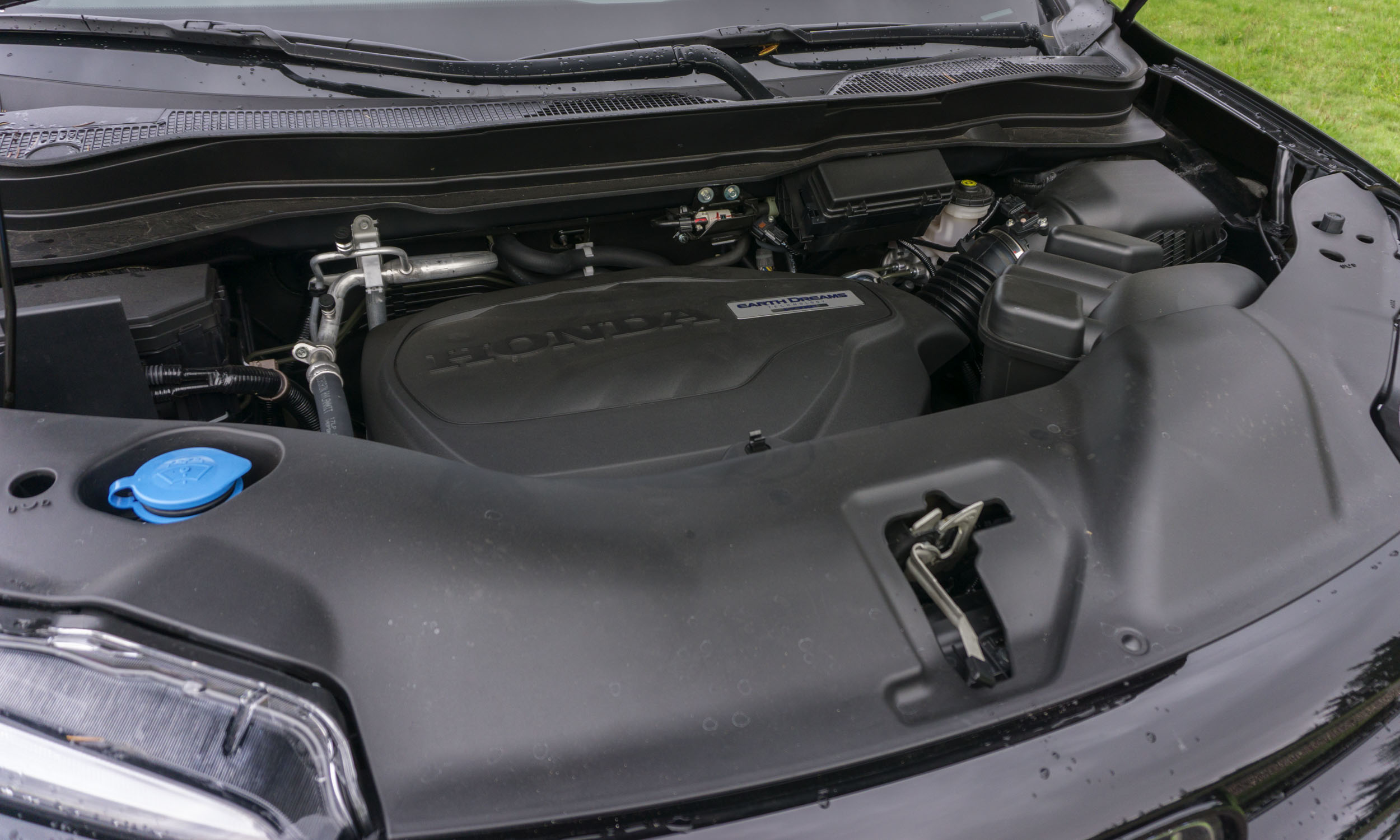 Decent Power
The standard power unit for the 2020 Honda Pilot remains a 3.5-liter V6 engine producing 280 horsepower, teamed with a smooth-shifting 9-speed automatic transmission. Although the Pilot is not a small vehicle, there’s plenty of power on tap providing substantial acceleration. During our days with the Pilot we averaged around 20 mph in a combination of city and highway driving — in line with the EPA ratings of 19 city / 26 highway and quite good for a powerful 7-passenger SUV. 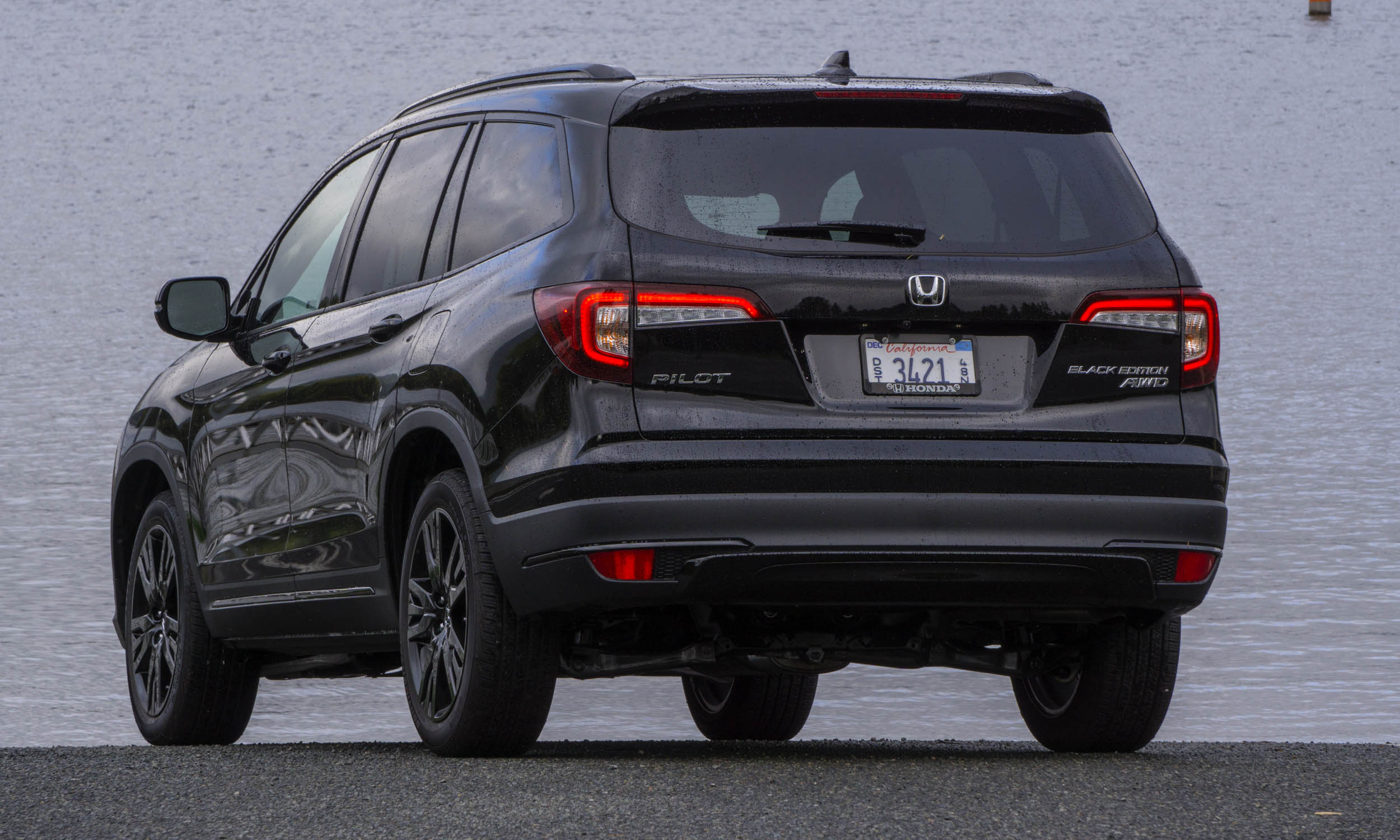 Soft Ride
Although Pilot is not the largest SUV on the road, its mass is still quite noticeable from behind the wheel, especially in turns. It’s not an issue of power — as we previously noted, there’s plenty of that — but overall handling is a bit too soft for our tastes. At highway speeds the Pilot provides very little feedback, and the SUV feels slightly cumbersome at times. 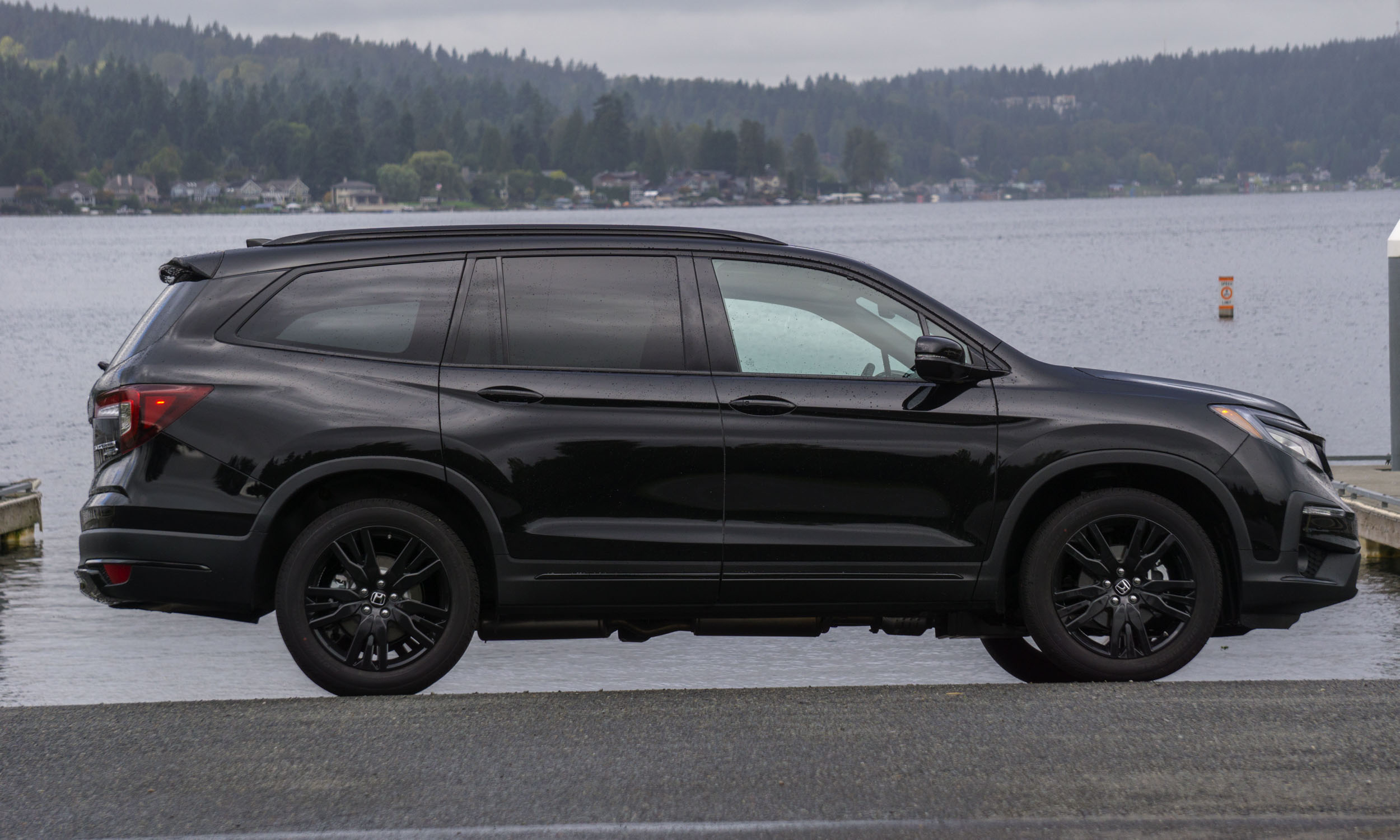 Rating: 8.5
Despite a few niggles, the Black Edition earns its place as our favorite version of the Honda Pilot. The unique treatment gives the somewhat docile SUV an almost sinister look, which helps it stand out from the crowd. Although it is a bit pricey, this top-level Pilot is so well equipped with everything Honda offers it ends up being a good value for the money. 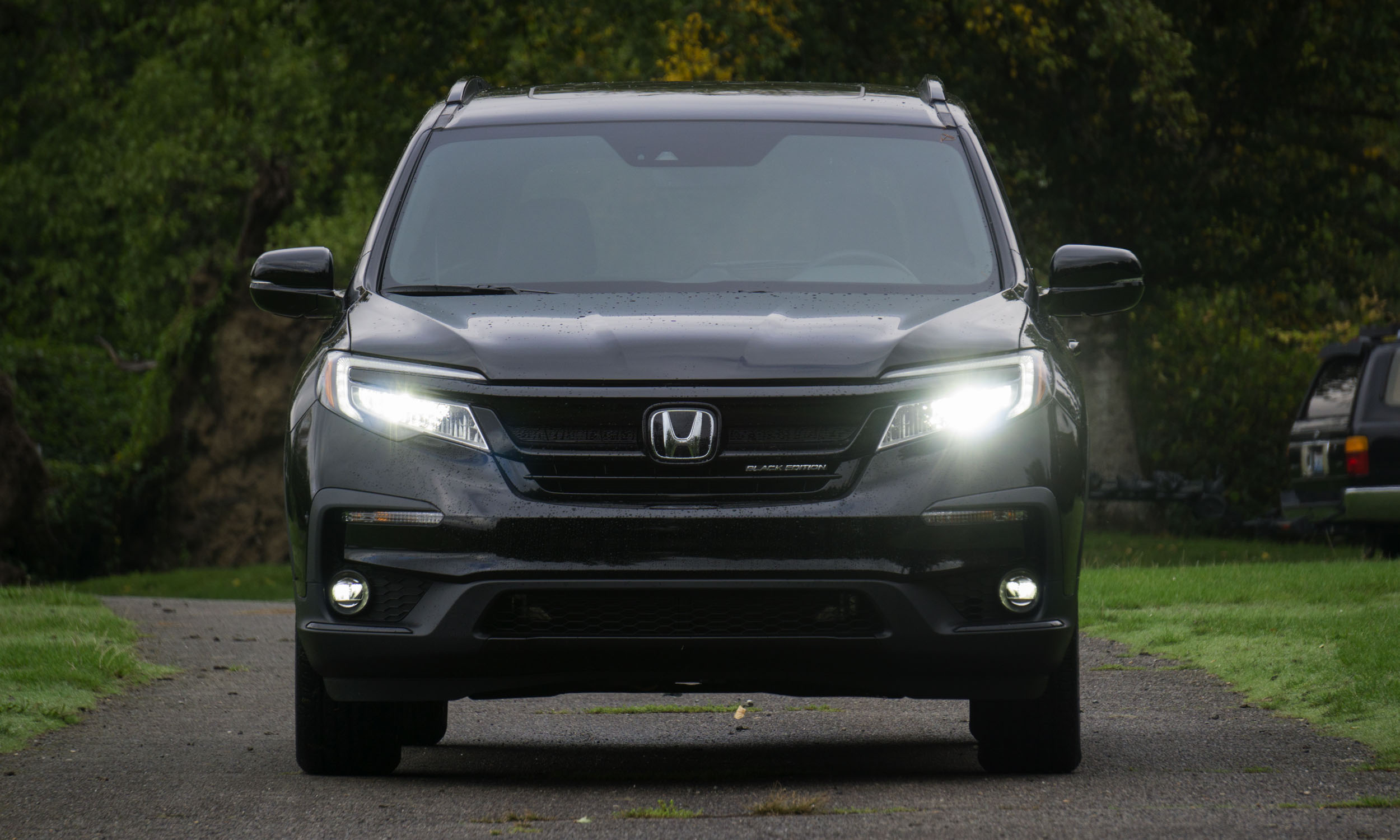 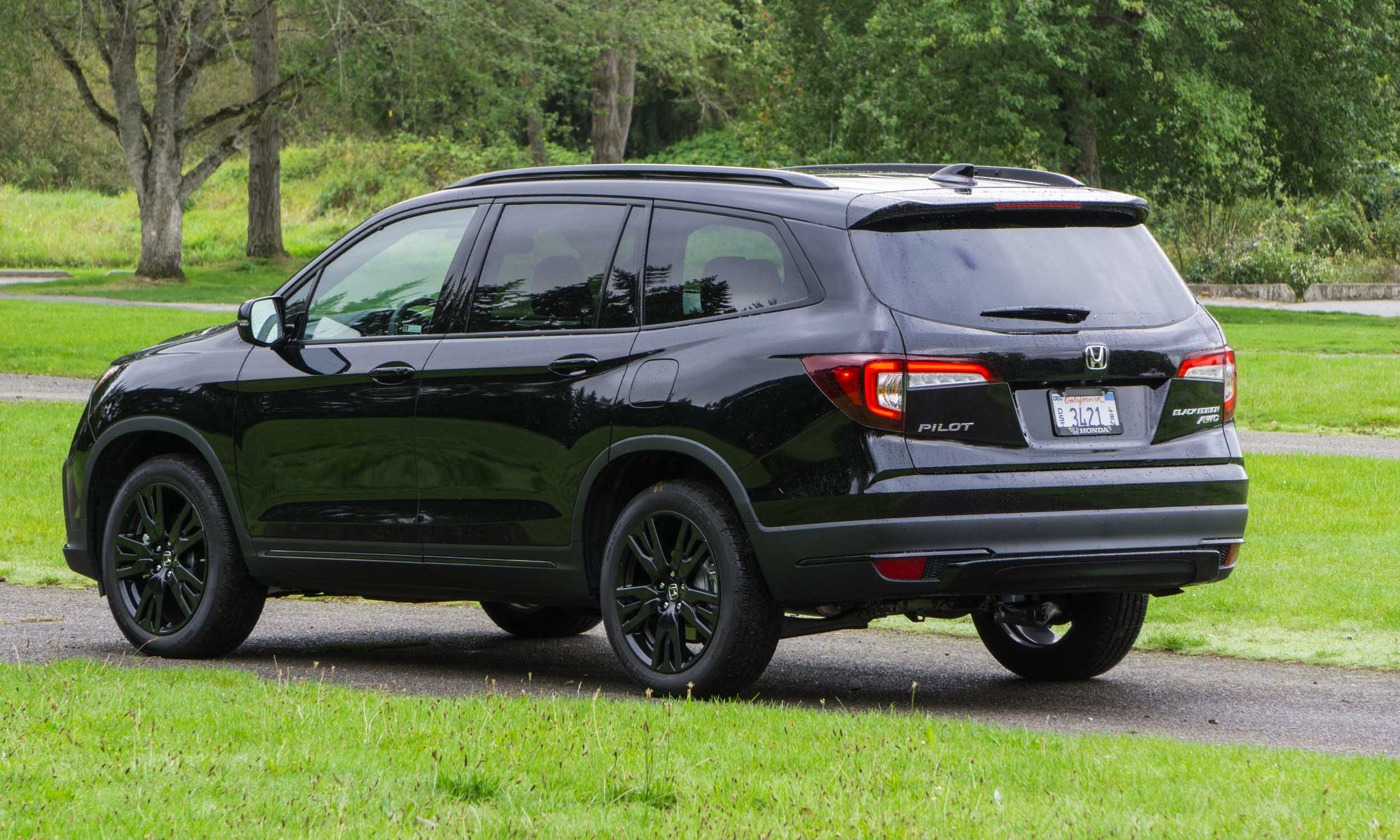 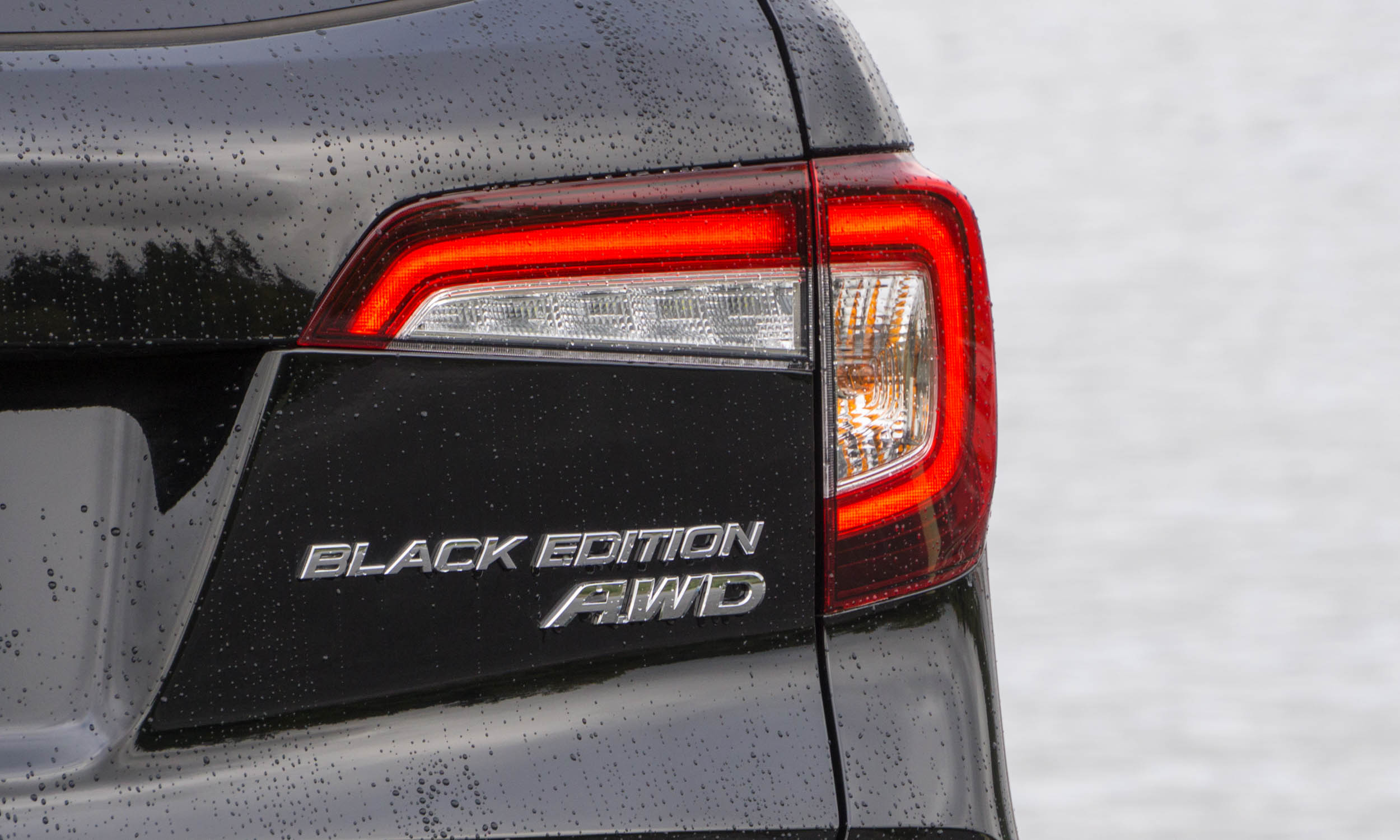 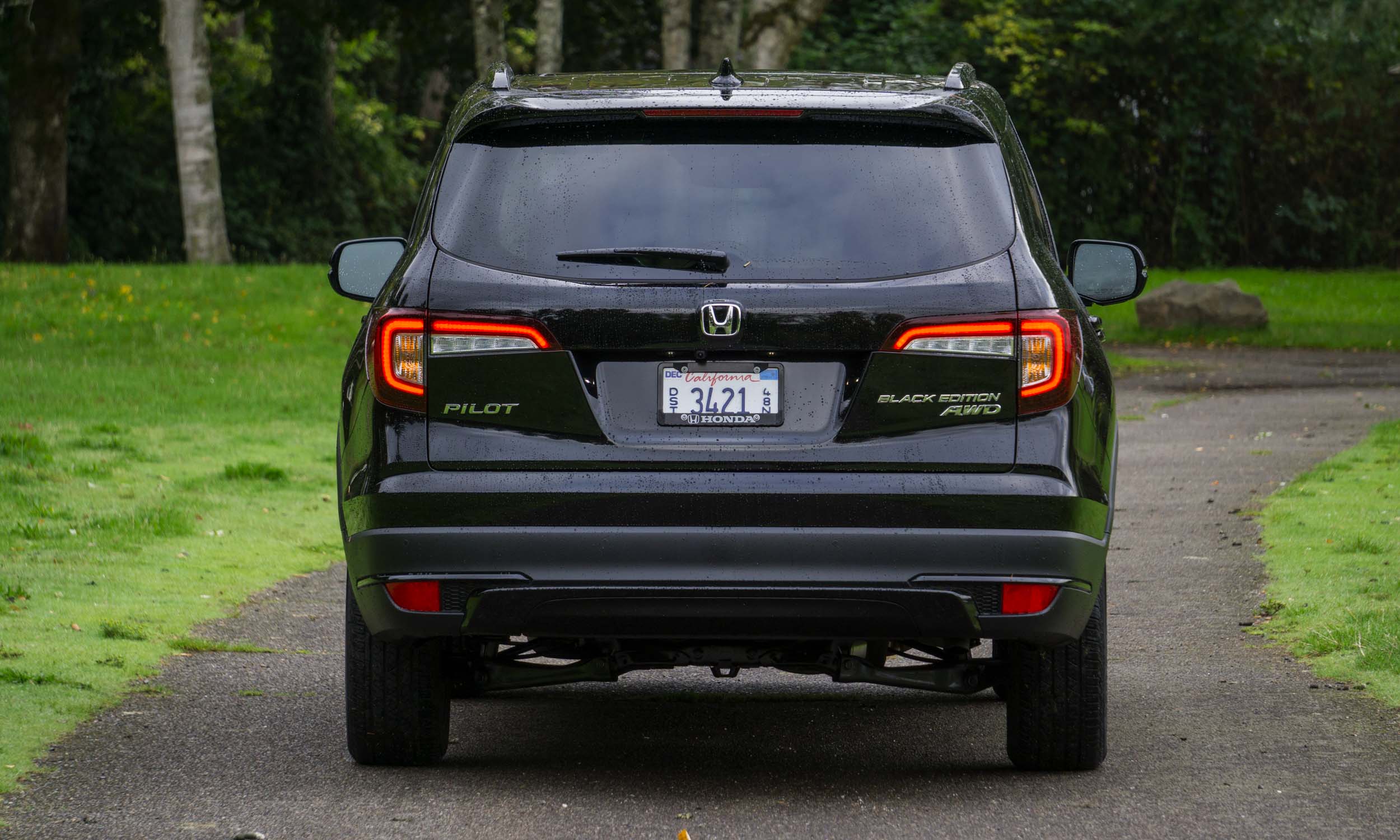 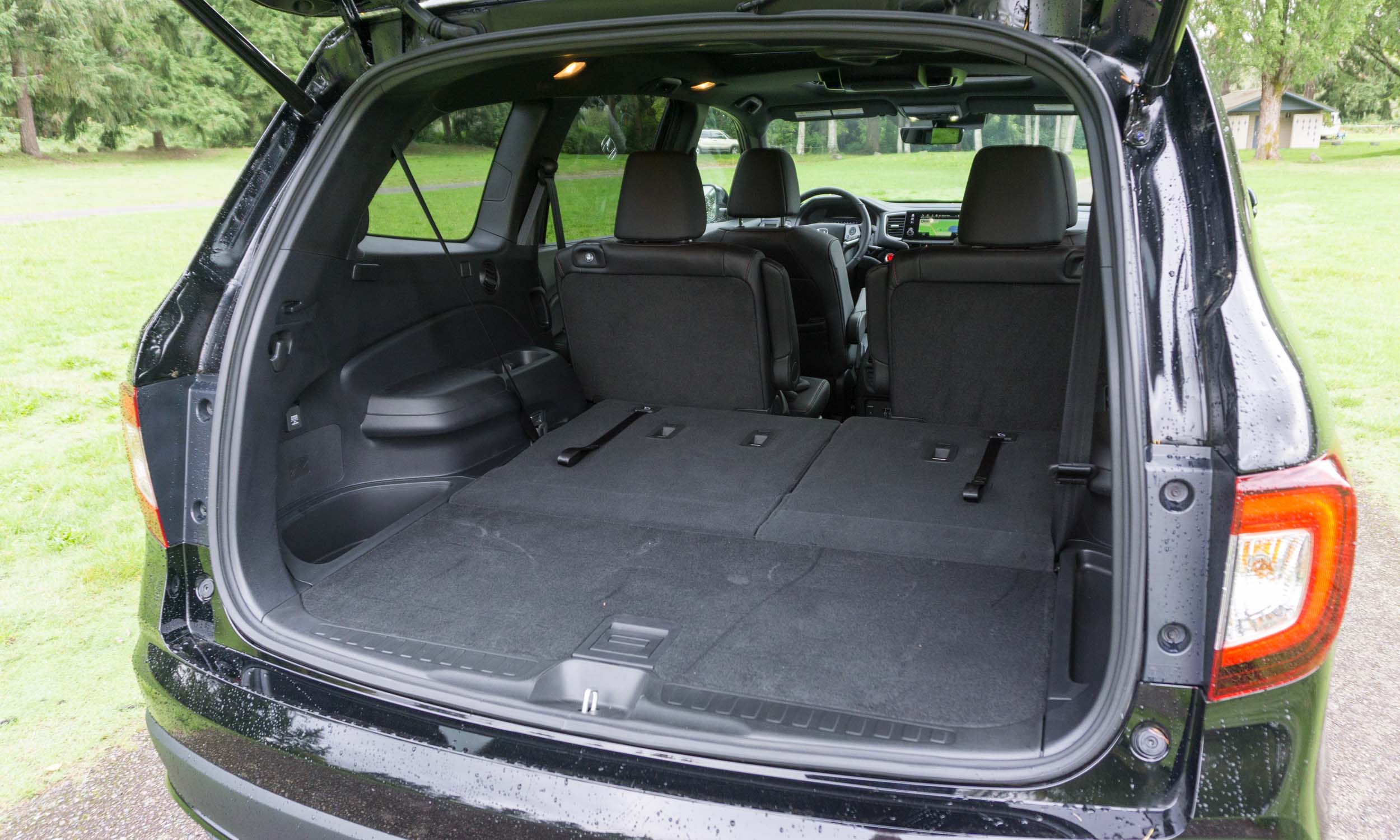 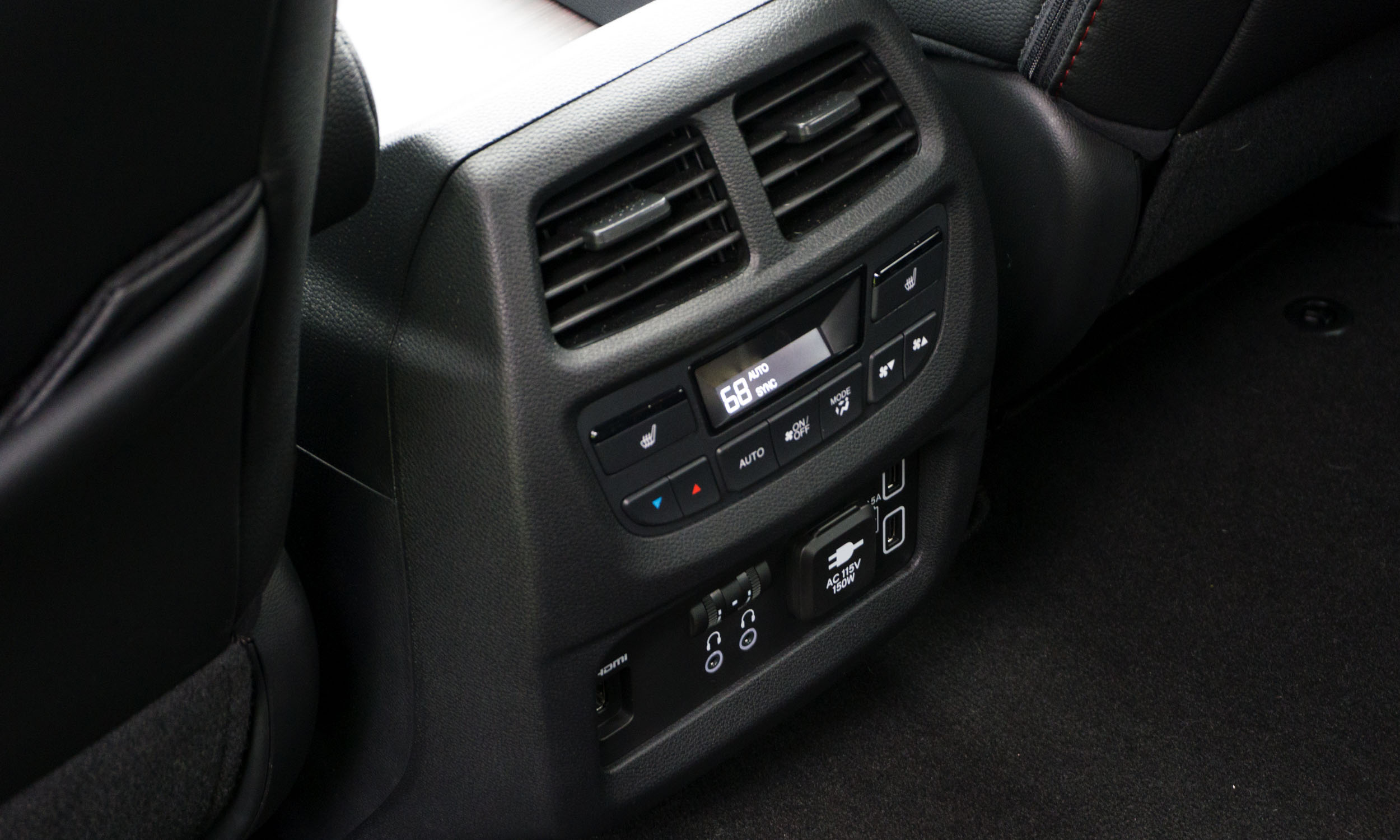 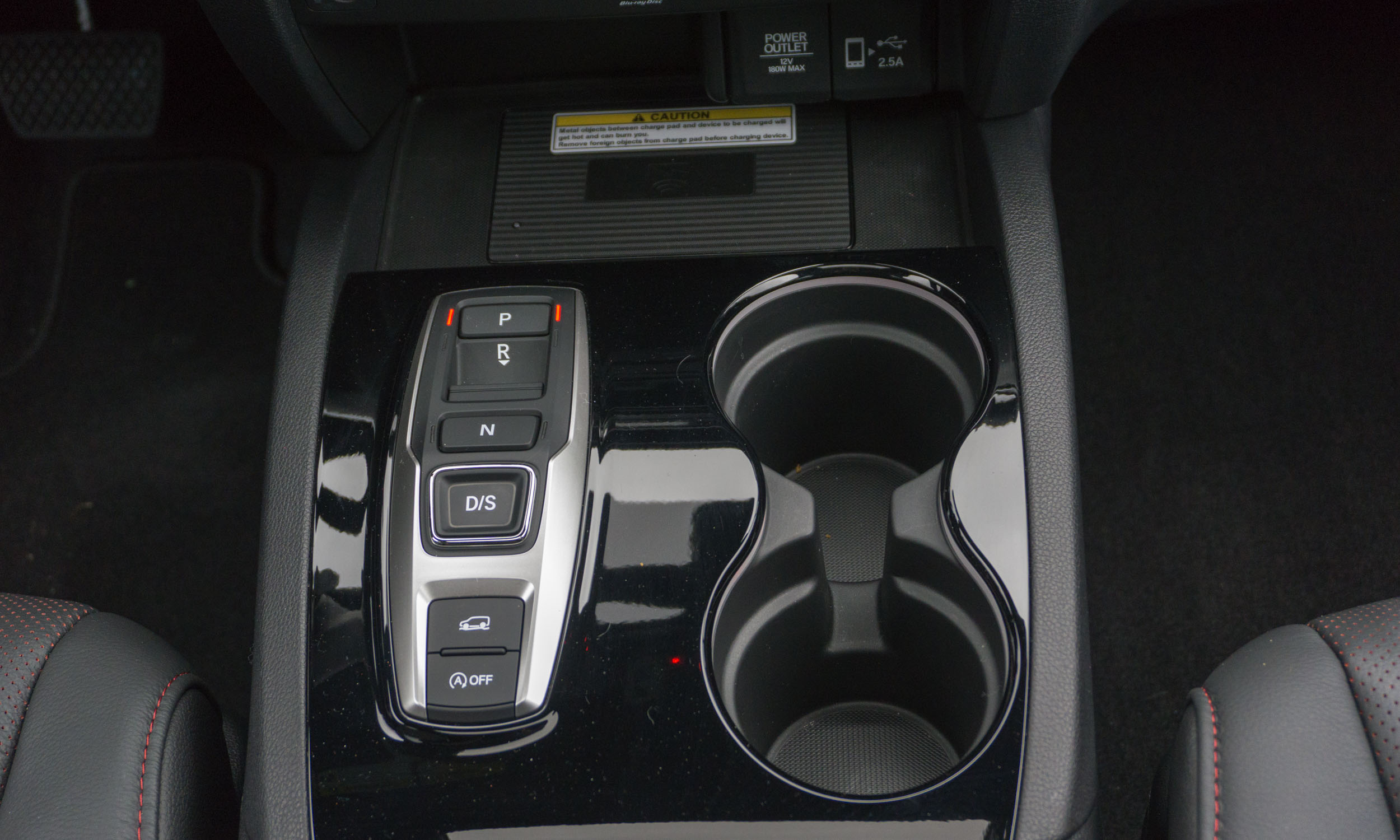 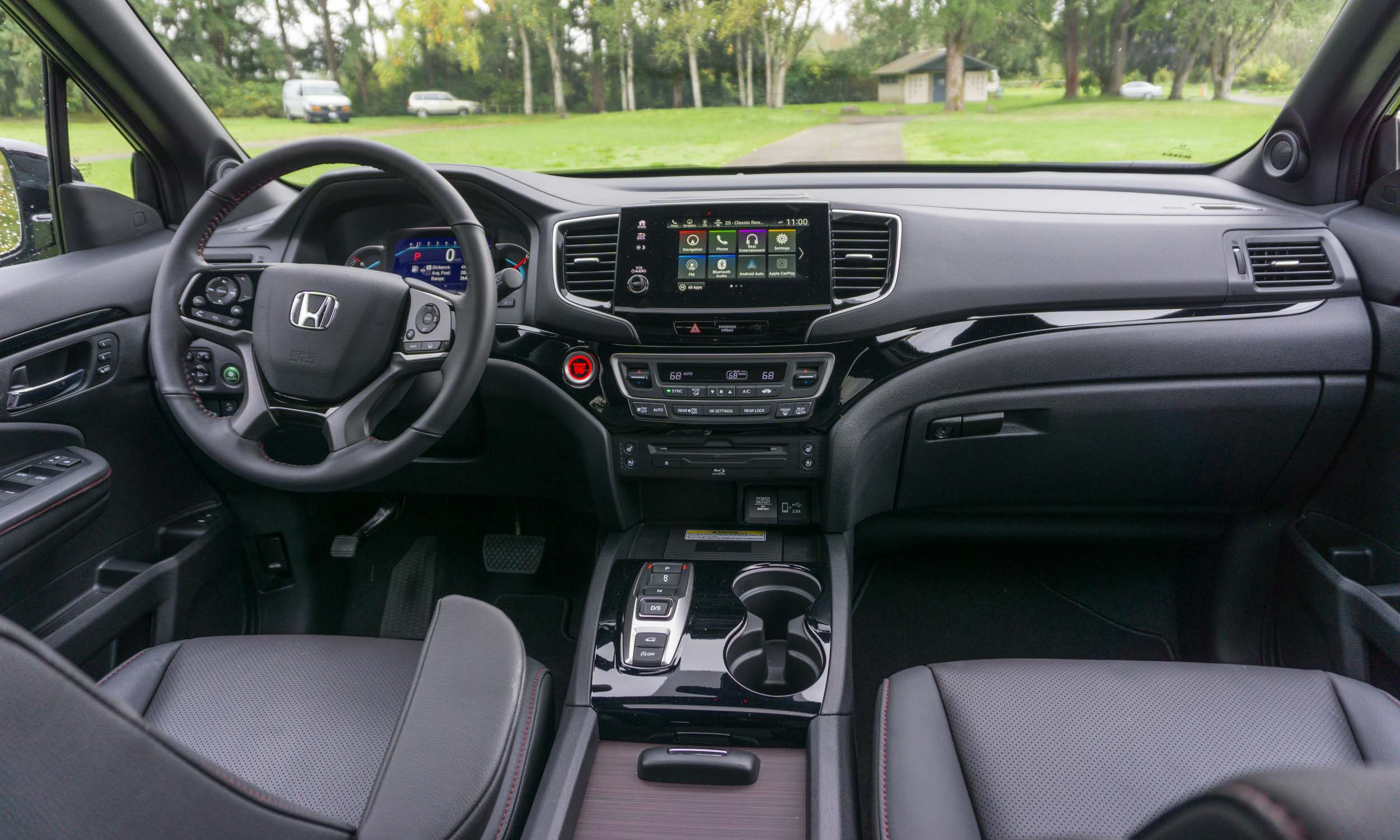 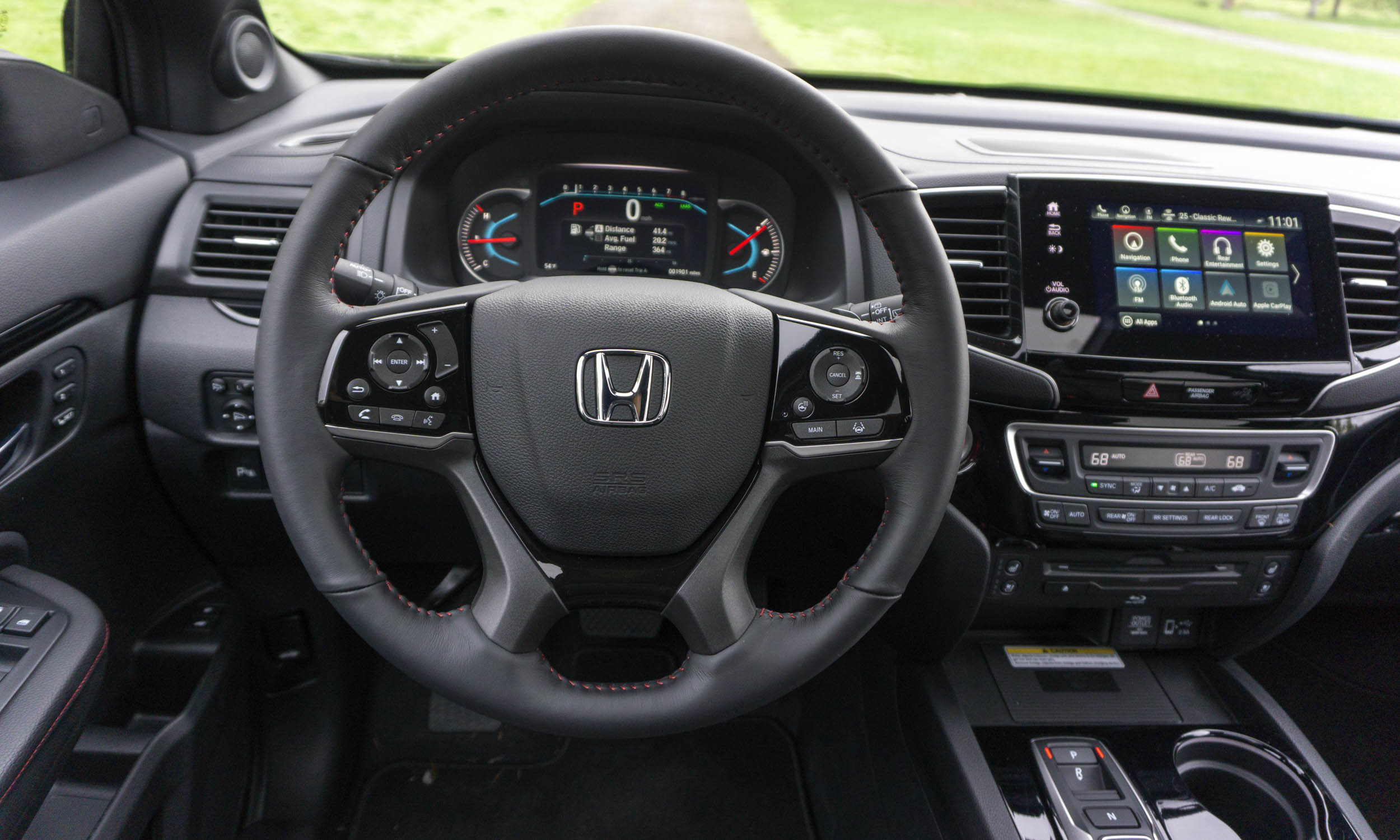 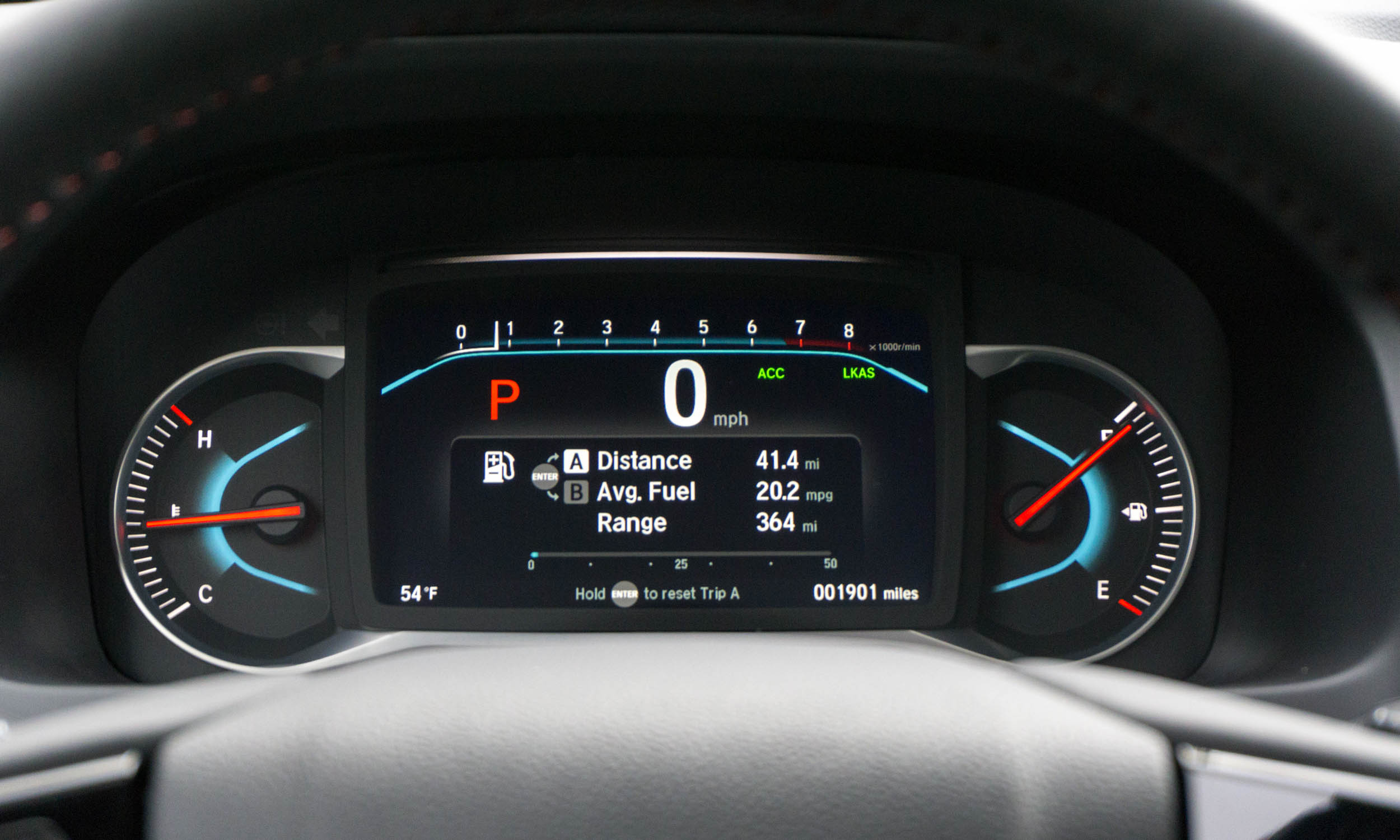 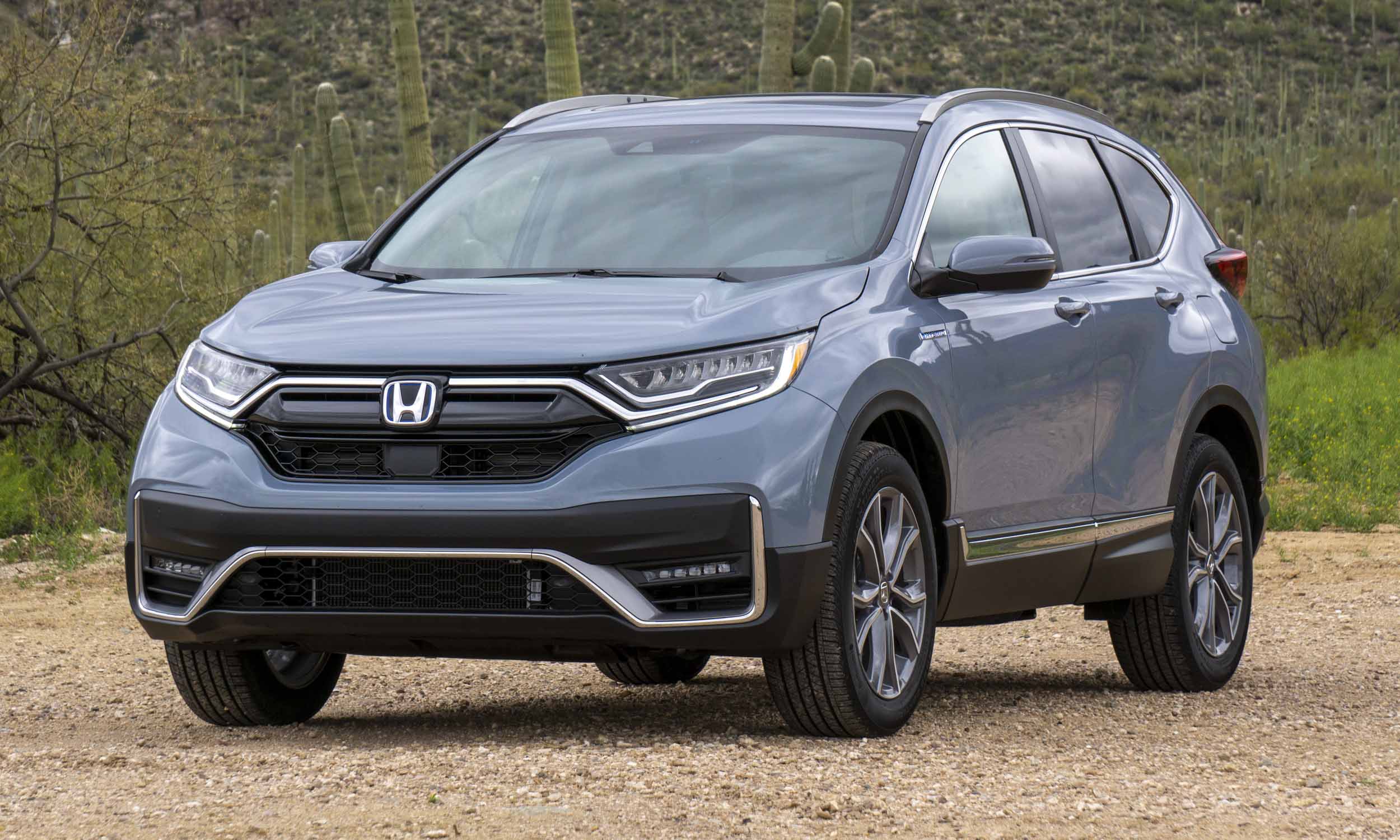 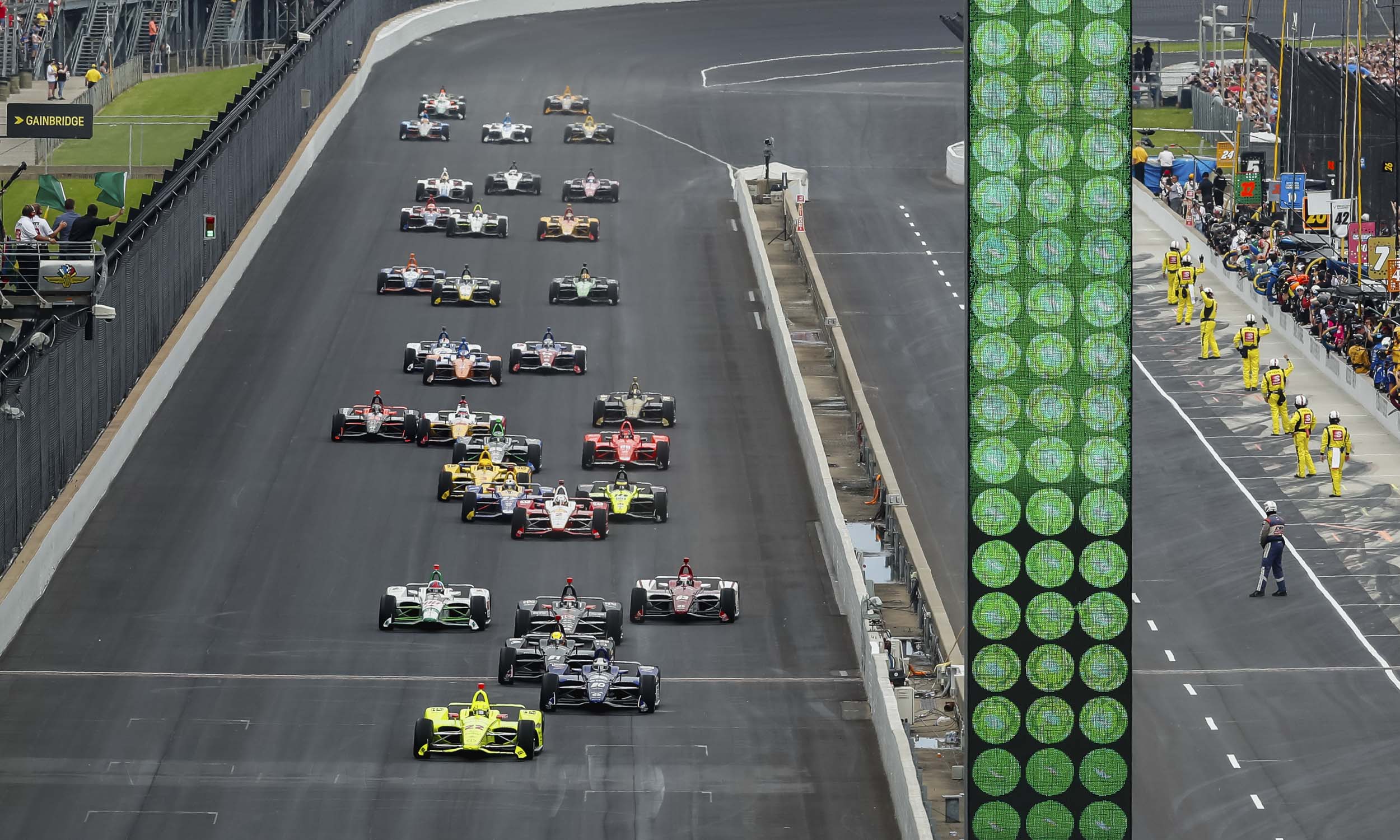