Eagle, Idaho — With 29 full-size SUVs on the market now, the segment is booming with total sales of more than 500,000 annually.

Leading Ford’s UV delegation of eight SUVs and crossovers is the full-size Ford Expedition. After the introduction of an all new fourth generation in 2018, the Expedition sales increased by 36 percent in 2019, while the other top selling full-size brands all saw sales declines. 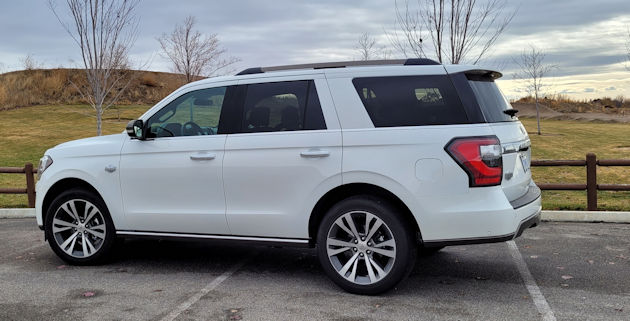 In early November we spent a week doing our normal running of errands (which is now limited by the COVID 19) in the posh Ford Expedition King Ranch 4×4. Yes, we were always careful to mask up before going into a store and disinfected our hands after each trip in the Expedition. Plus, we included a couple of trips to neighboring communities to check out furniture stores in our quest to find new family room furniture. Going out of town gave us a chance to check the acceleration and handling of the big SUV. 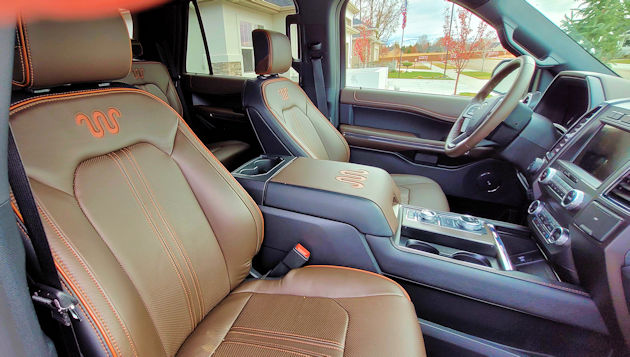 Posh, Quiet and Comfortable
Out on the highway, the Expedition produced a comfortable and quiet ride. Plus, in the early stages of winter, it was nice to have the warmth of the heated seats and heated steering wheel. Those features and the posh leather King Ranch interior made the Expedition a genuinely nice, albeit large, way to get around. 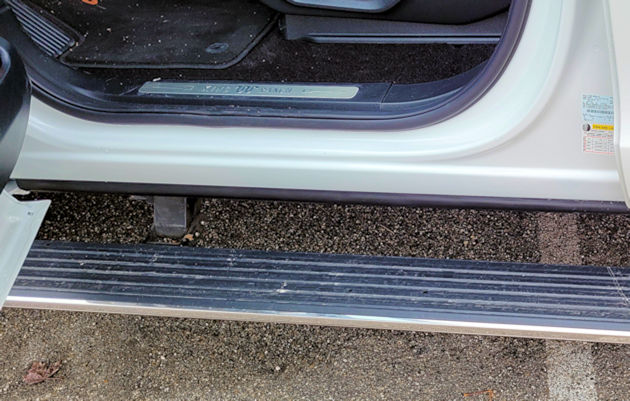 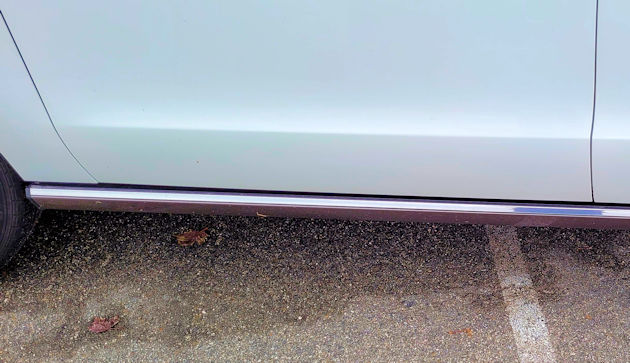 Ford Expedition Overcomes Shortcomings
We have never been big fans of large trucks and SUVs because they are so difficult to get into, challenging to negotiate in crowded parking lots and usually have limited rear visibility. However, the Expedition King Ranch easily addressed our perceived shortcomings first with standard power deployed running boards that automatically tucked unnoticed under the body when not needed. Although the size limited parking lot agility, the electric power steering doesn’t over boost and feels well-balanced and natural. Rear visibility was enhanced with the rear-view and 360-degree cameras which provides a comprehensive view around the big SUV on the touch screen mounted at the top of the center stack.

Two Lengths
The Expedition is available in two lengths, the Max is about 12 inches longer and rides on a nine-inch longer wheelbase. The added length goes into the cargo area behind the third row of seats adding about 15 cubic feet. 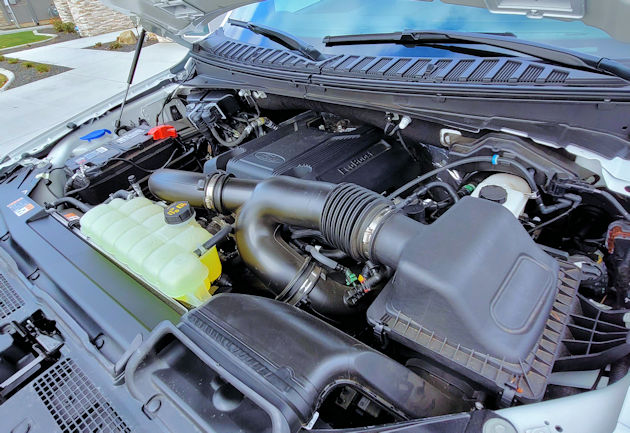 Twin Turbo EcoBoost® V-6 Engine
The Expedition drivetrain is one of the most refined we have driven. Power comes from Ford’s impressive 3.5-liter twin turbo V-6 EcoBoost® engine driving through a smooth and efficient 10-speed automatic transmission. The EcoBoost engine produces 375 hp and 470-lb.ft. of torque. The Platinum version Expedition bumps the horsepower to 400 hp and the torque to 480 lb.ft. 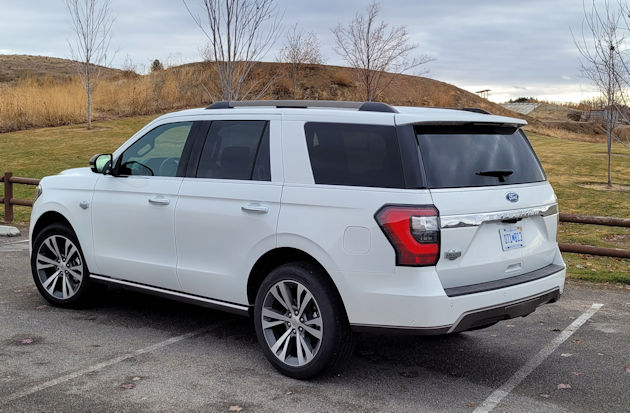 Fuel Economy
As expected, the 5,623-pound Expedition is not an economy champ earning EPA ratings of 17 mpg city, 22 mpg highway and 19 mpg combined. We averaged 19.6 mpg during our week of running around. With gas prices in our area dropping to about $2.00 a gallon, the Expedition didn’t seem too bad, but as gasoline prices head back up owning any big SUV would be pricy if you drove much. 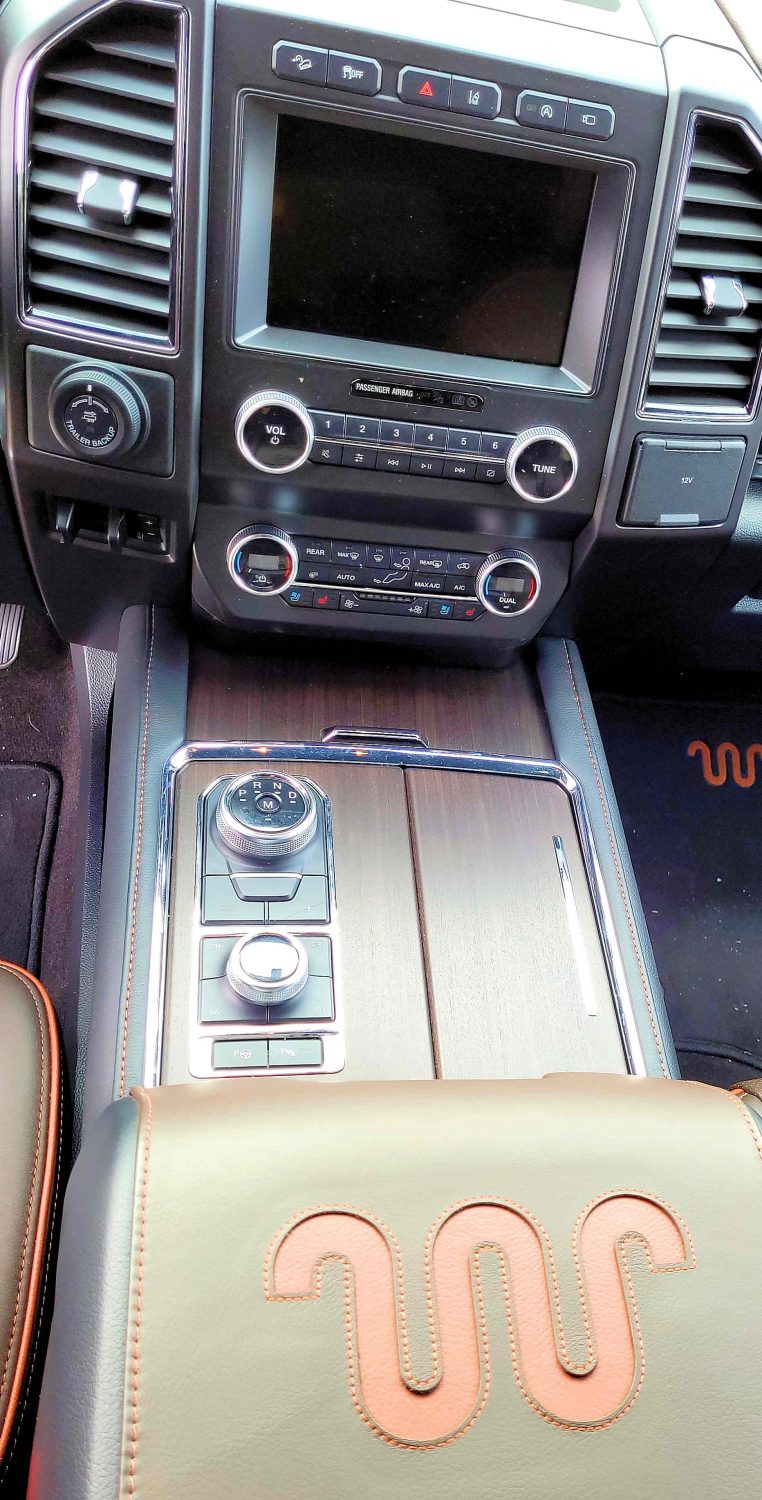 10-Speed Transmission
The 10-speed automatic transmission is controlled by a large console mounted dial wearing the standard P-R-N-D positions with a center button labeled “M” which moved the transmission into a manual shifting mode. Although steering wheel-mounted shift paddles would have been preferable to us, the manual shifting was easily controlled by plus and minus buttons located just to the rear of the shifting dial, but it requires moving your hand off the steering wheel. 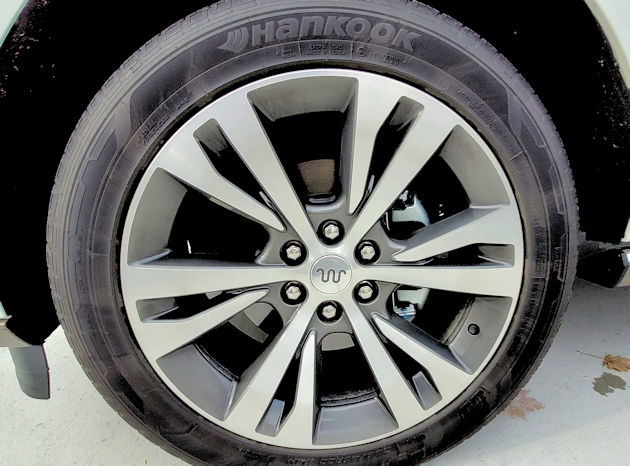 The Price Range
The Expedition King Ranch 4×4 model, which has a 9,300-pound towing capacity, has a base price of $77,115 including the destination charge. With a few available options, the King Ranch test vehicle MSRP total was $79,585. The base model XLT pricing starts at $52,810 which makes it an excellent value for a powerful, well-built, and designed full-size SUV. 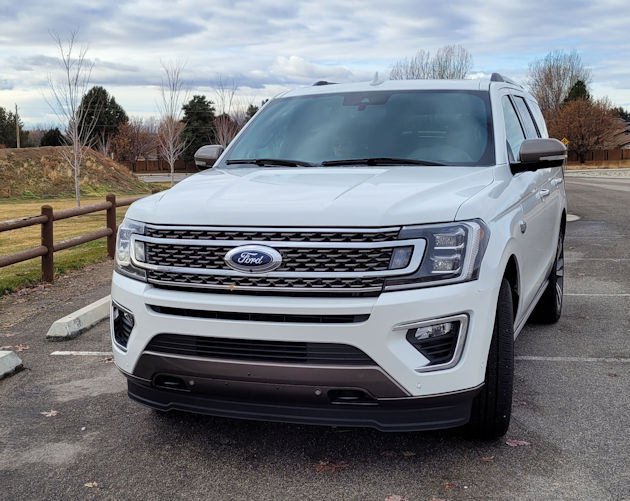 Conclusion
We were impressed by the Expedition King Ranch. It is very posh, with an outstanding level of features. It is easy to drive, powerful and quite good looking. And if you are just looking for the basics, the XLT is an outstanding value. 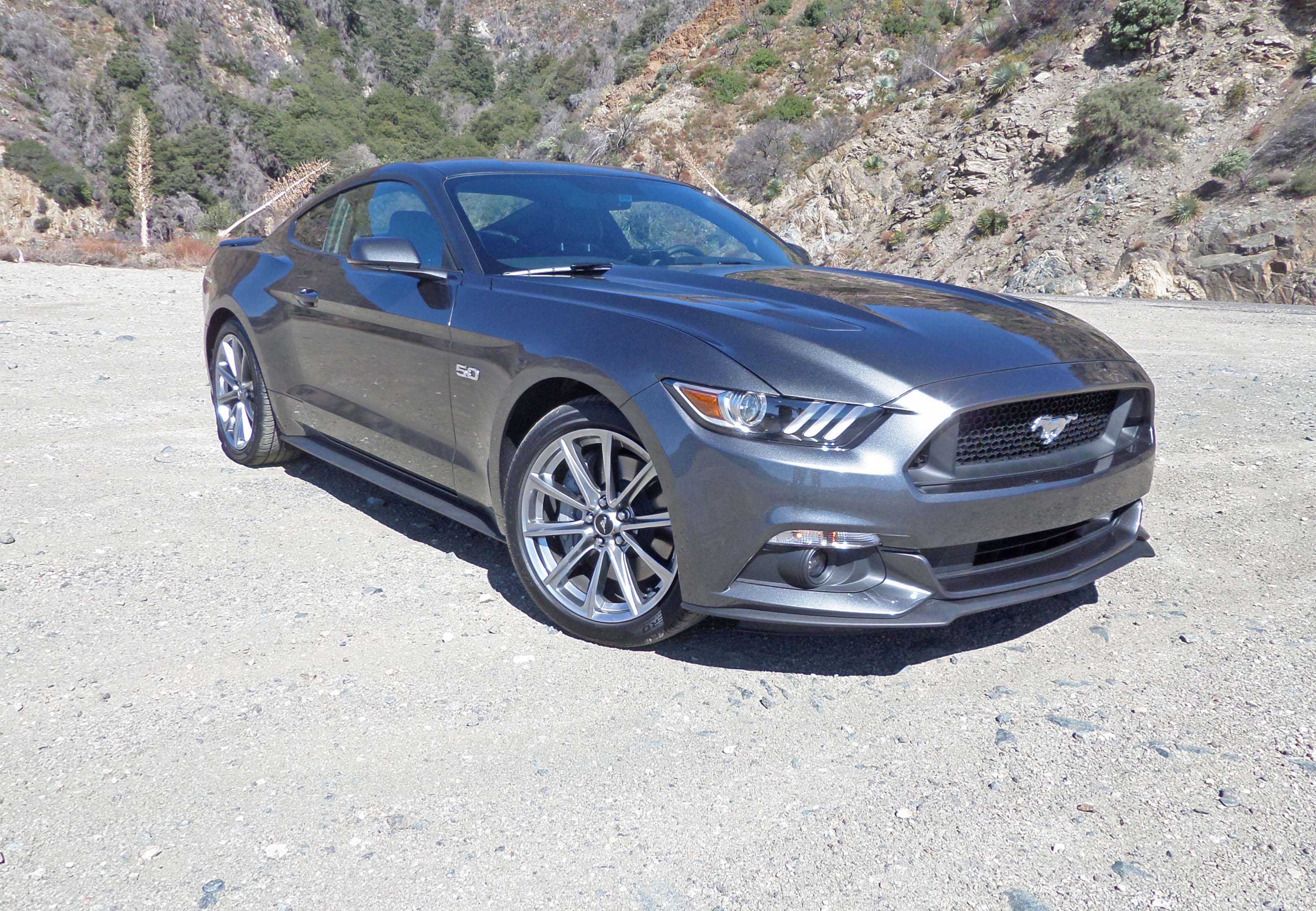