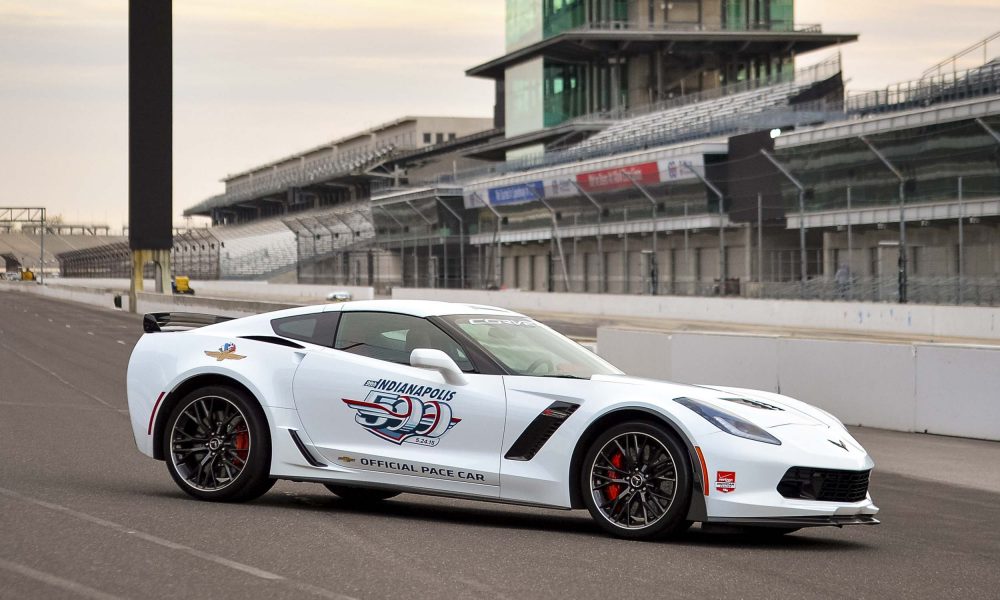 Chevrolet announces Wednesday, April 29, 2015 that five-time Brickyard 400 winner and four-time NASCAR Sprint Cup champion Jeff Gordon will drive a Corvette Z06 pace car for the 99th running of the Indianapolis 500 mile race, on May 24 at the Indianapolis Motor Speedway. It is the 13th time a Corvette has served as the official pace car, dating to 1978, and the 26th time a Chevrolet has led the pack for “The Greatest Spectacle in Racing.” (Photo by IMS for Chevy Racing)