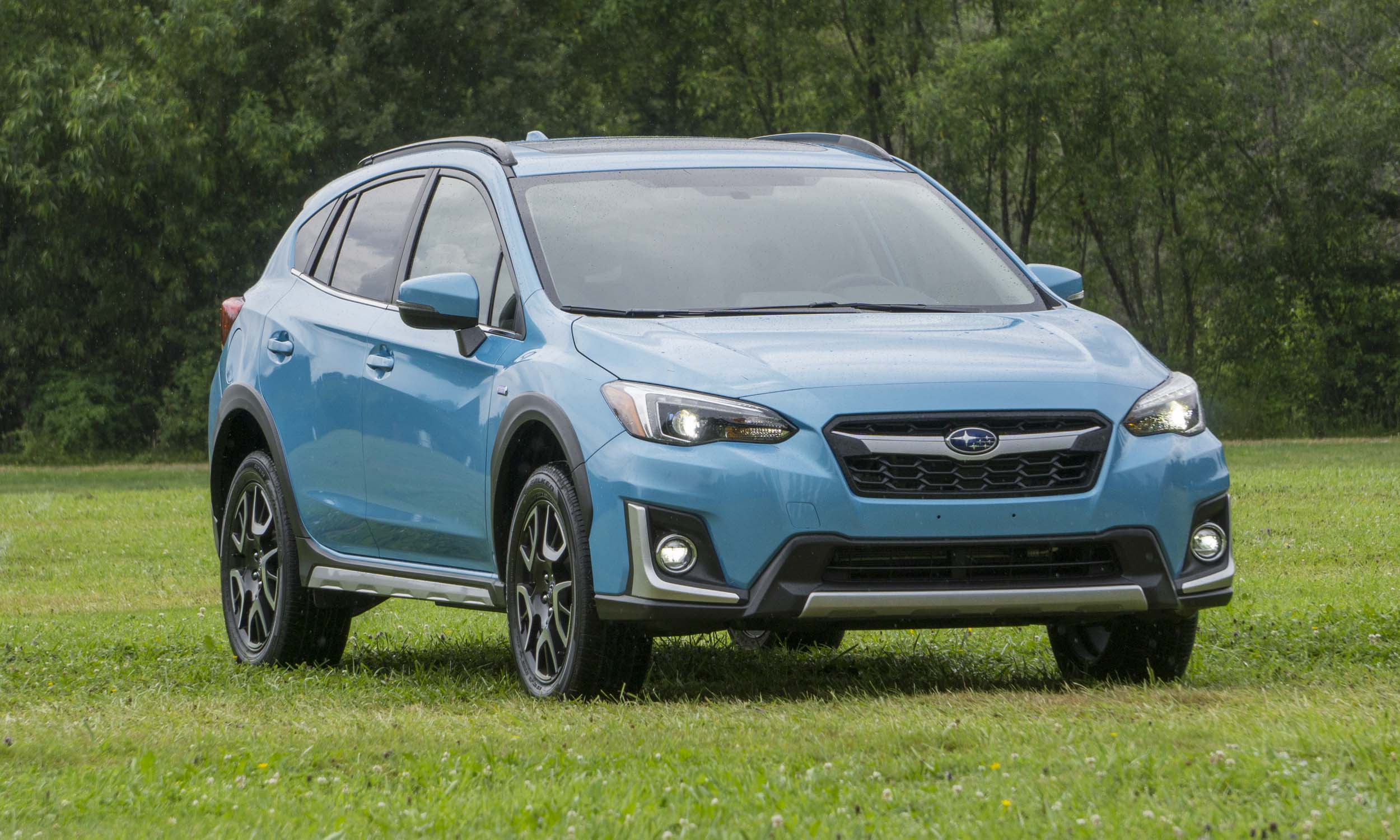 Fueling the Northwest
It may be because we’re based in one of Subaru’s biggest markets, but while driving around the Pacific Northwest we often get the distinct impression that practically every other car on the road is a Subaru. Now the Japanese automaker has created a vehicle that will have even more appeal to outdoor-oriented couples and families in the Great Northwest and other weather-variable locales in America — the Subaru Crosstrek Hybrid. The Crosstrek Hybrid is Subaru’s first plug-in sold in the U.S., and with a rating of 90 MPGe it has quickly moved up the fuel-efficient SUV list, second only to Tesla. With quick charging and an EV mode that fits seamlessly with everyday driving, the Crosstrek Hybrid gives us hope that Subaru has more plug-ins pending. 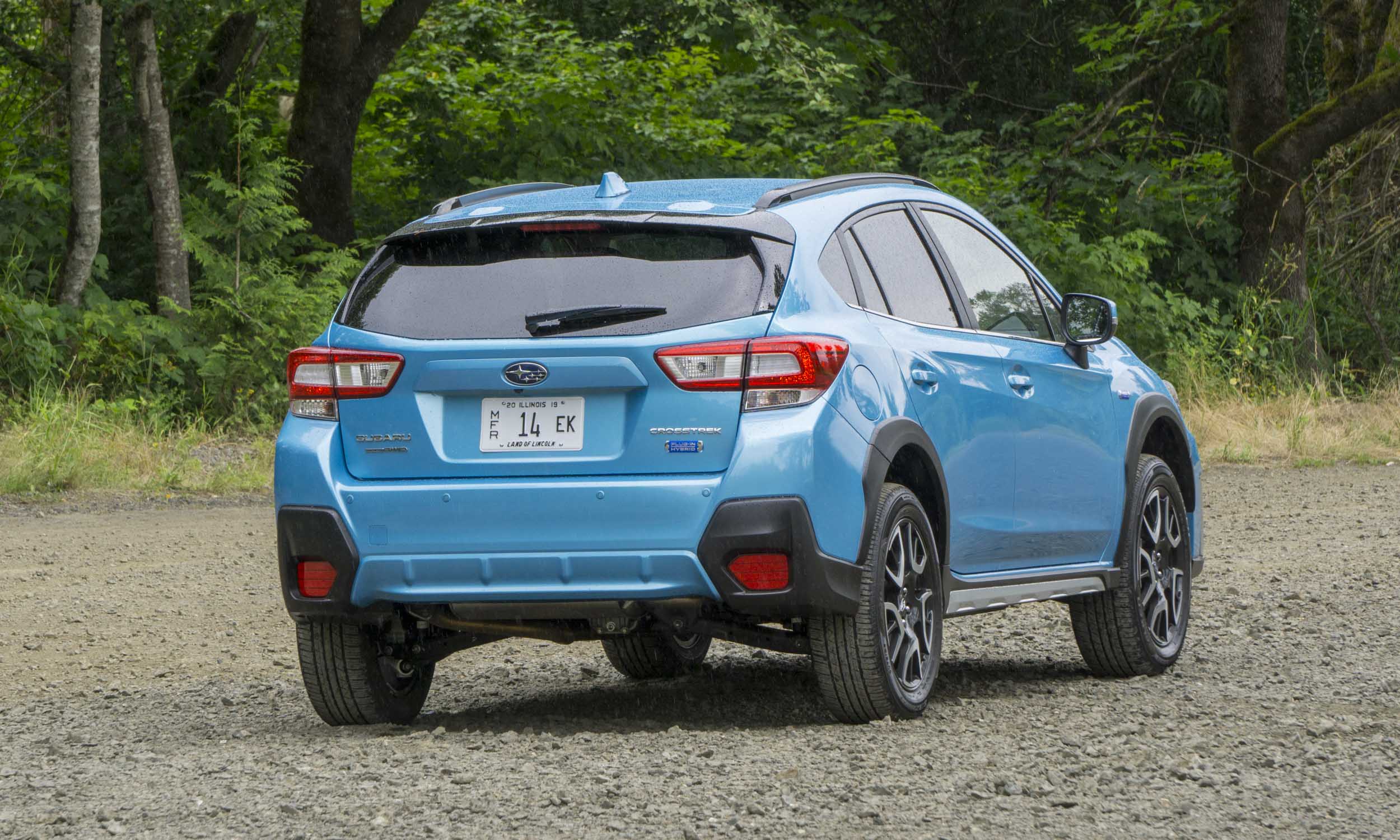 Our Tester
The vehicle we tested is the 2019 Subaru Crosstrek Hybrid, painted in eye-catching Lagoon Blue Pearl — a color exclusive to the hybrid. Well equipped with standard features that include Subaru’s EyeSight high-tech safety system, the vehicle also has a power moonroof, a heated steering wheel, a Harmon Kardon premium audio system and Subaru STARLINK with an 8-inch touchscreen display, navigation, Apple CarPlay / Android Auto, a CD player and voice controls. Total price including destination charge for this 2019 Crosstrek Hybrid is $38,470. And since it’s a plug-in hybrid, this Crosstrek is eligible for up to $4,500 in federal tax credits as well as other state and local incentives, so the final price will likely be lower. 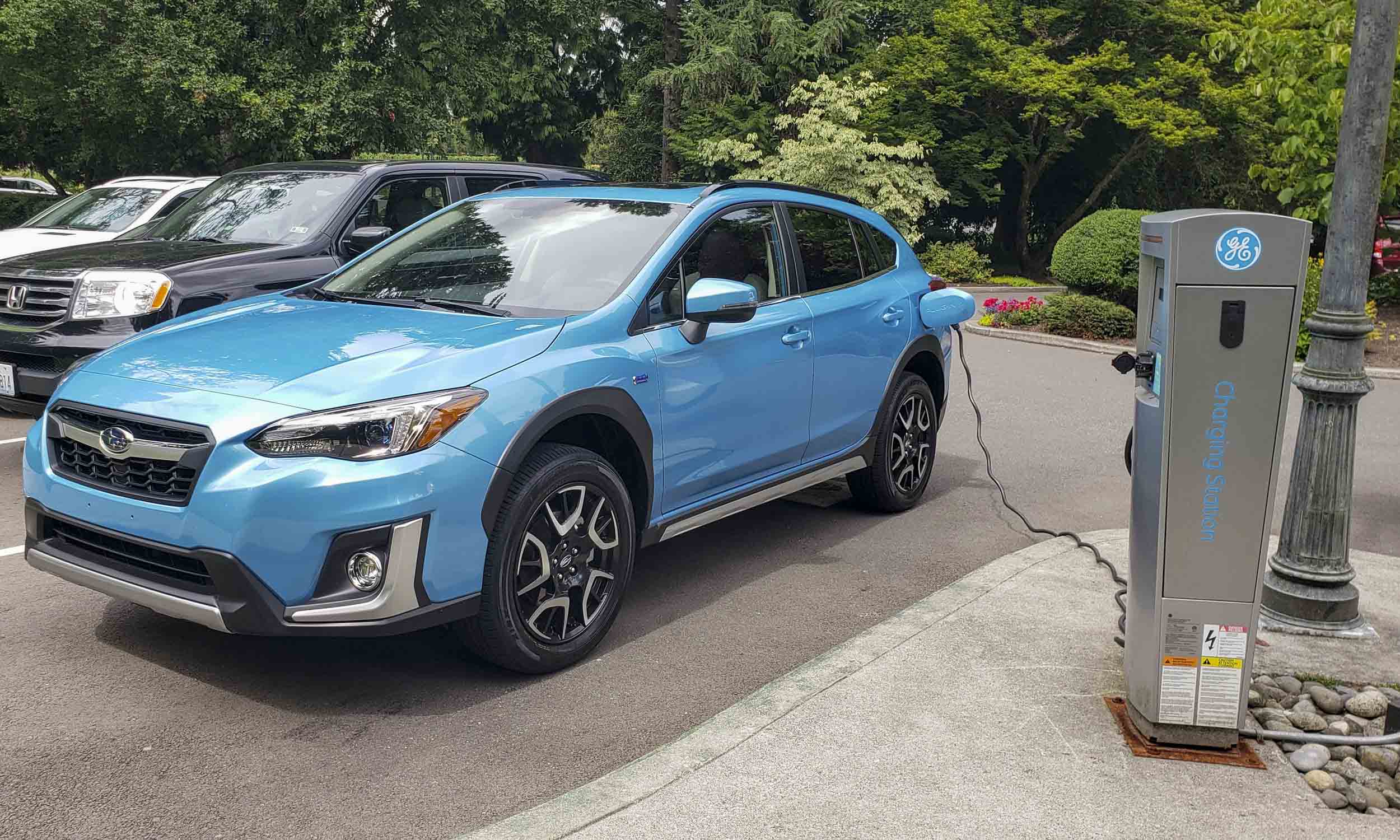 Reasonable EV Range
Beginning a drive with a full charge, the Crosstrek Hybrid displays a range of 17 miles in electric-only mode. This drops to 15 miles if the air-conditioning is in use. We found the range to be spot on, although enough downhill coasting can add a few miles to the overall range. Charging the Crosstrek at various destinations allowed us to travel more than 60 miles without the gas engine ever having to start. 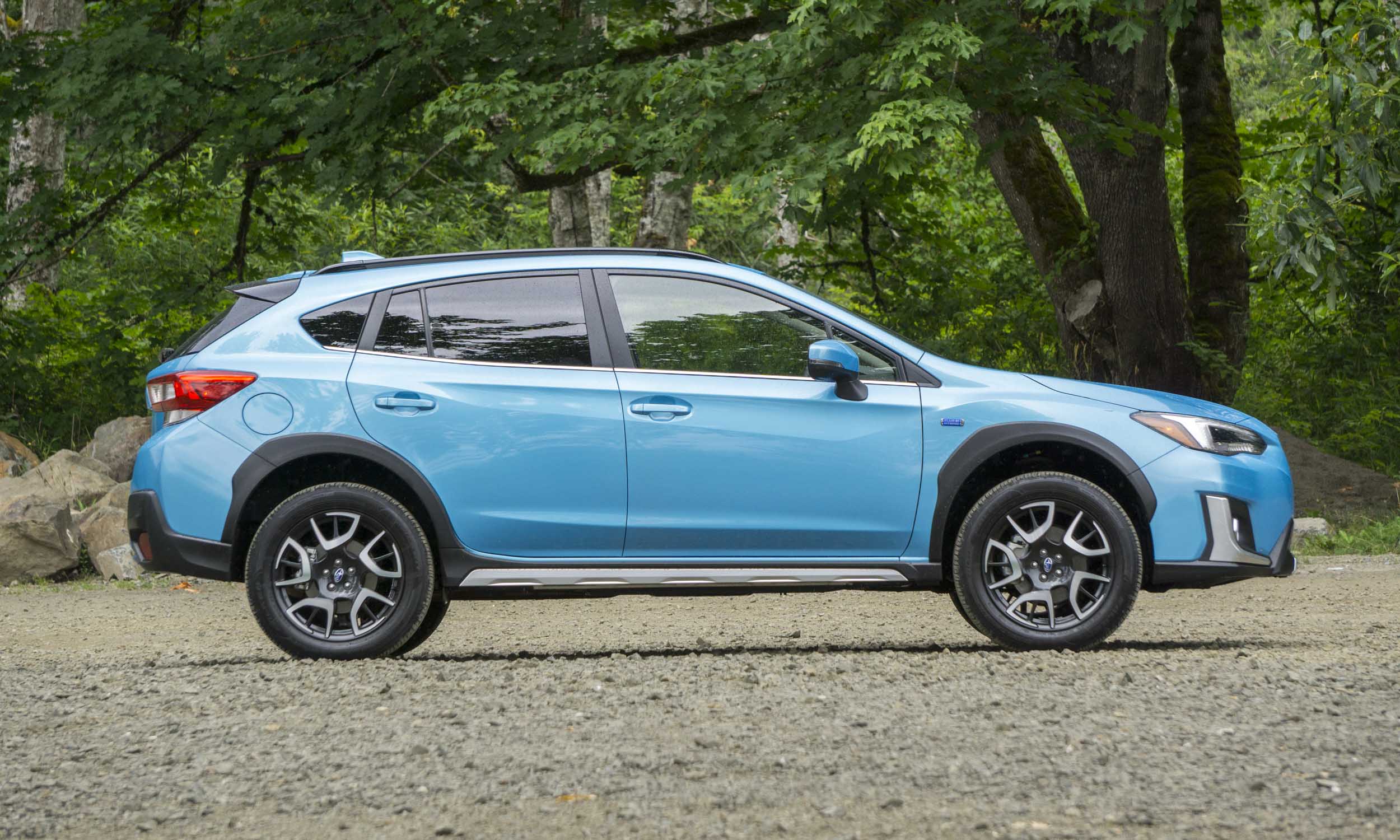 90 MPGe
Charging with a standard 110-volt household outlet takes about 5 hours from empty to a full charge, so recharging the Crosstrek overnight is never a problem. Commercial chargers can replenish the battery in about two hours. The Crosstrek Hybrid has a combined fuel economy rating of 90 MPGe or 35 mpg once the battery is exhausted. This gives this small crossover a range of almost 500 miles. 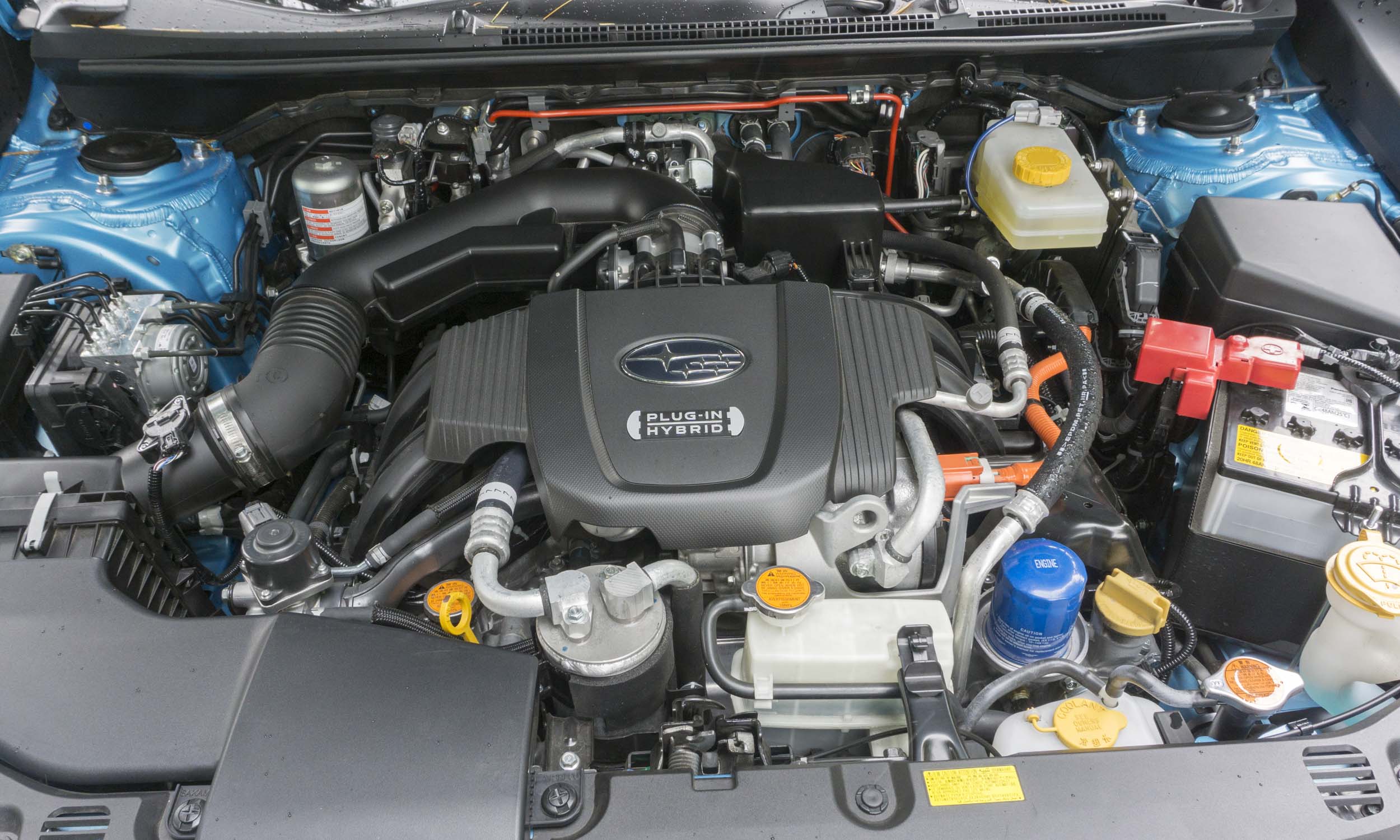 Hybrid System
Subaru’s hybrid system – called StarDrive – uses two electric motors in addition to the internal combustion engine. One motor drives the wheels during hybrid or EV driving modes and charges the batteries with regenerative braking. The other acts as an engine starter and electricity generator. These operate with Subaru’s stalwart 2.0-liter BOXER 4-cylinder engine for a total output of 148 horsepower. All-wheel drive is standard, as is a continuously variable transmission. 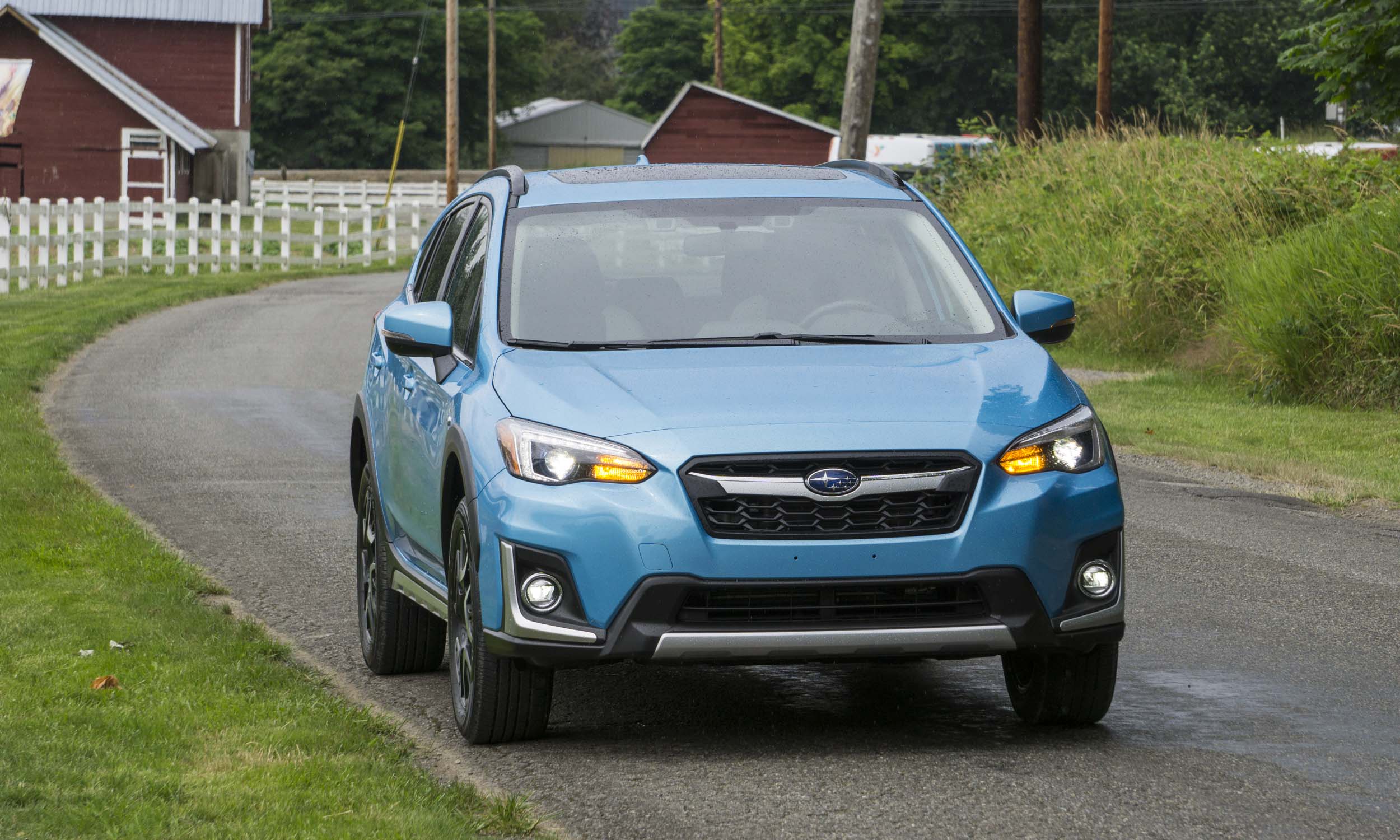 Drives Like an EV
The Crosstrek can easily be kept in electric mode thanks to a power gauge that lets the driver stay within the EV power band. It doesn’t take much practice to drive around town without requiring the gas engine to start — acceleration is more than adequate in most situations, even up hills. The Crosstrek Hybrid can reach speeds as a high as 65 mph in electric-only mode. During our drive we had one instance when pulling into traffic required full throttle, bringing the gas engine online for maximum power. Surprisingly, the acceleration didn’t seem all that much stronger with the additional engine power. 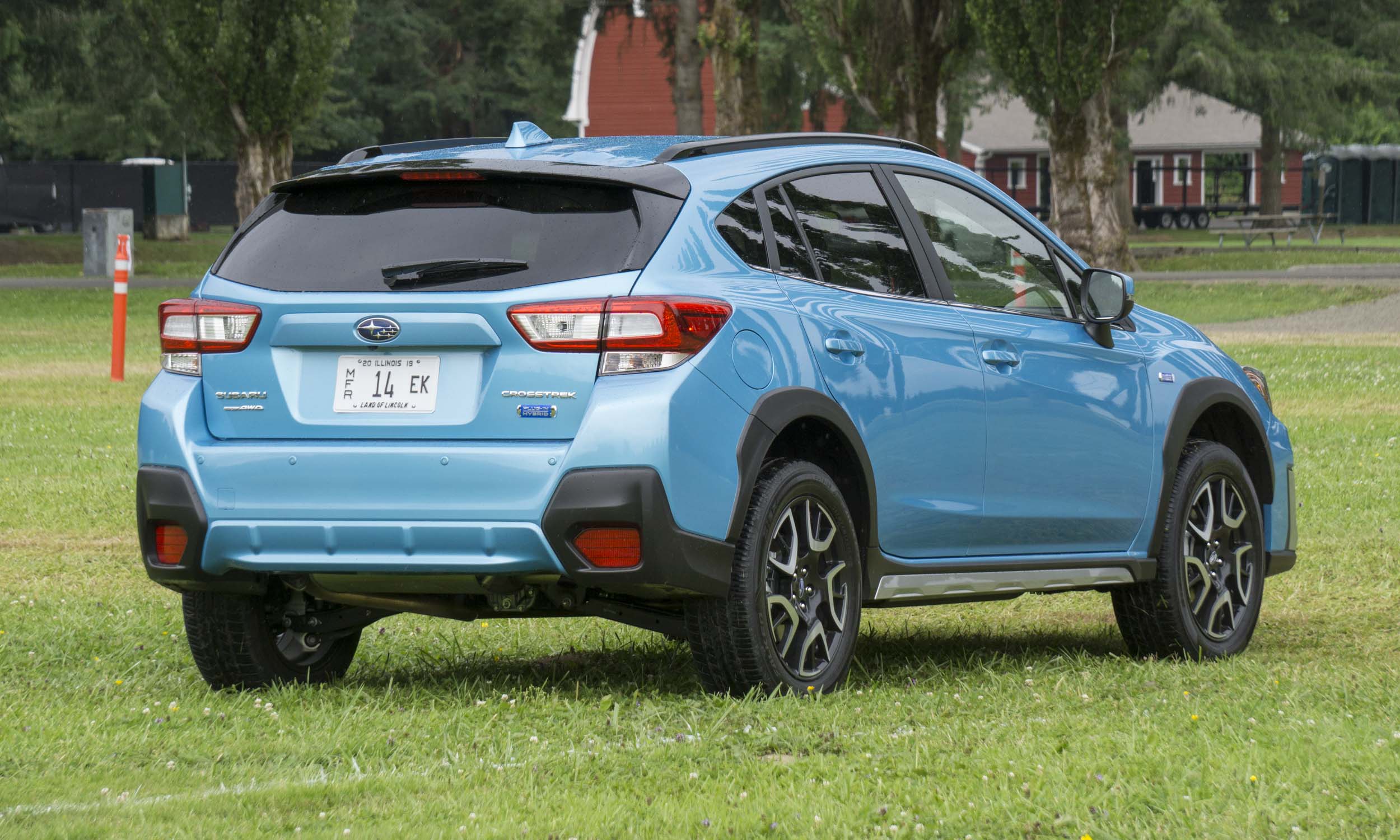 Proper Hybrid
After the battery has been depleted during electric-only mode, the Crosstrek drives like a typical hybrid, using both electric and gas power as needed, shutting off the gas engine when the load is light. The transition isn’t detectable regarding drivability, but the gas engine tends to rev high, which makes it a bit noisy — especially noticeable after driving in EV mode. 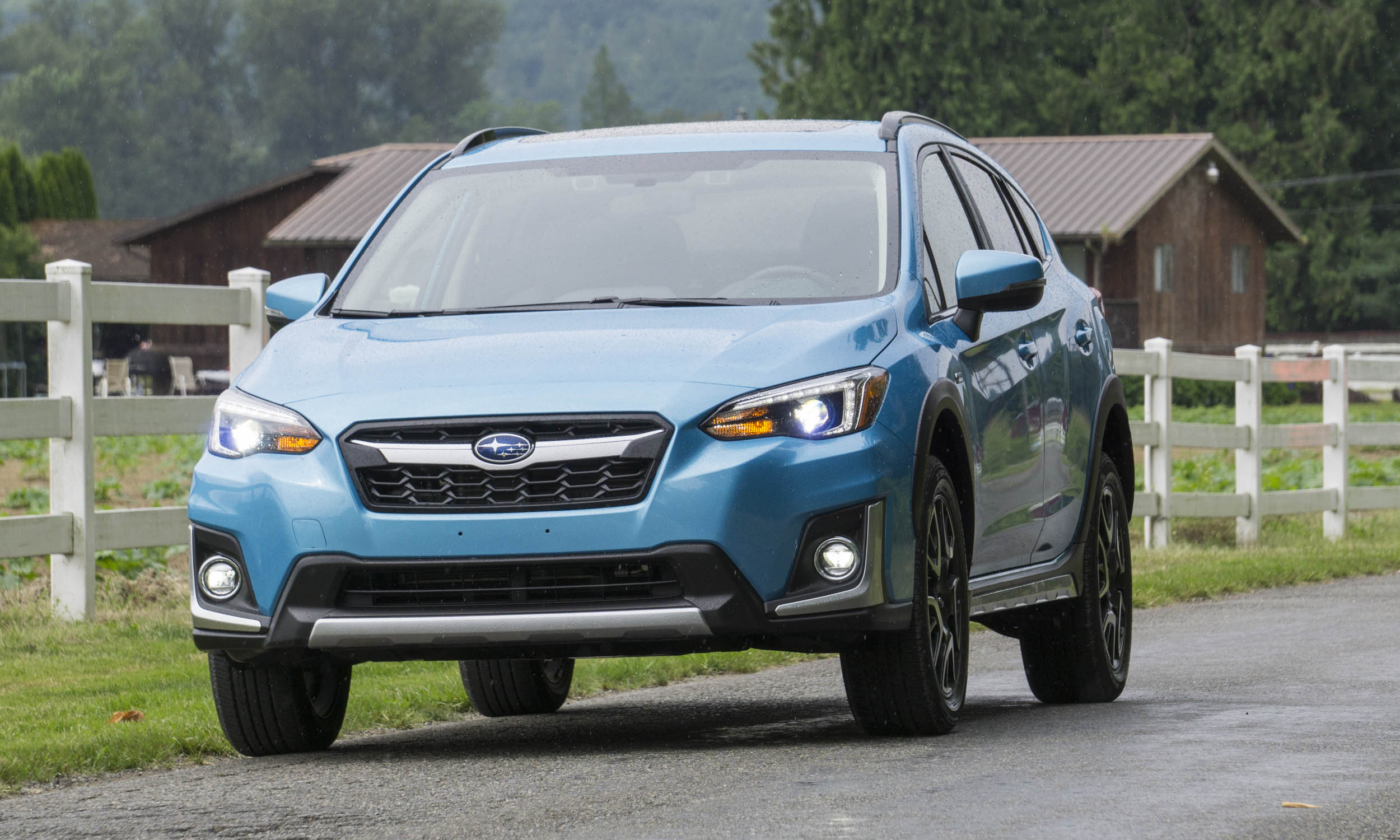 Not Quick
The hybrid’s overall handling is like that of the standard Crosstrek with decent steering feedback and a solid, comfortable ride. However, the batteries are not light — they add about 500 pounds to the vehicle weight. Subaru says the hybrid is a full second faster to 60 mph than the standard Crosstrek, but the hybrid does not feel particularly quick, even under full throttle. But the Crosstrek Hybrid is not meant to be a sports car, and it is still enjoyable to drive. 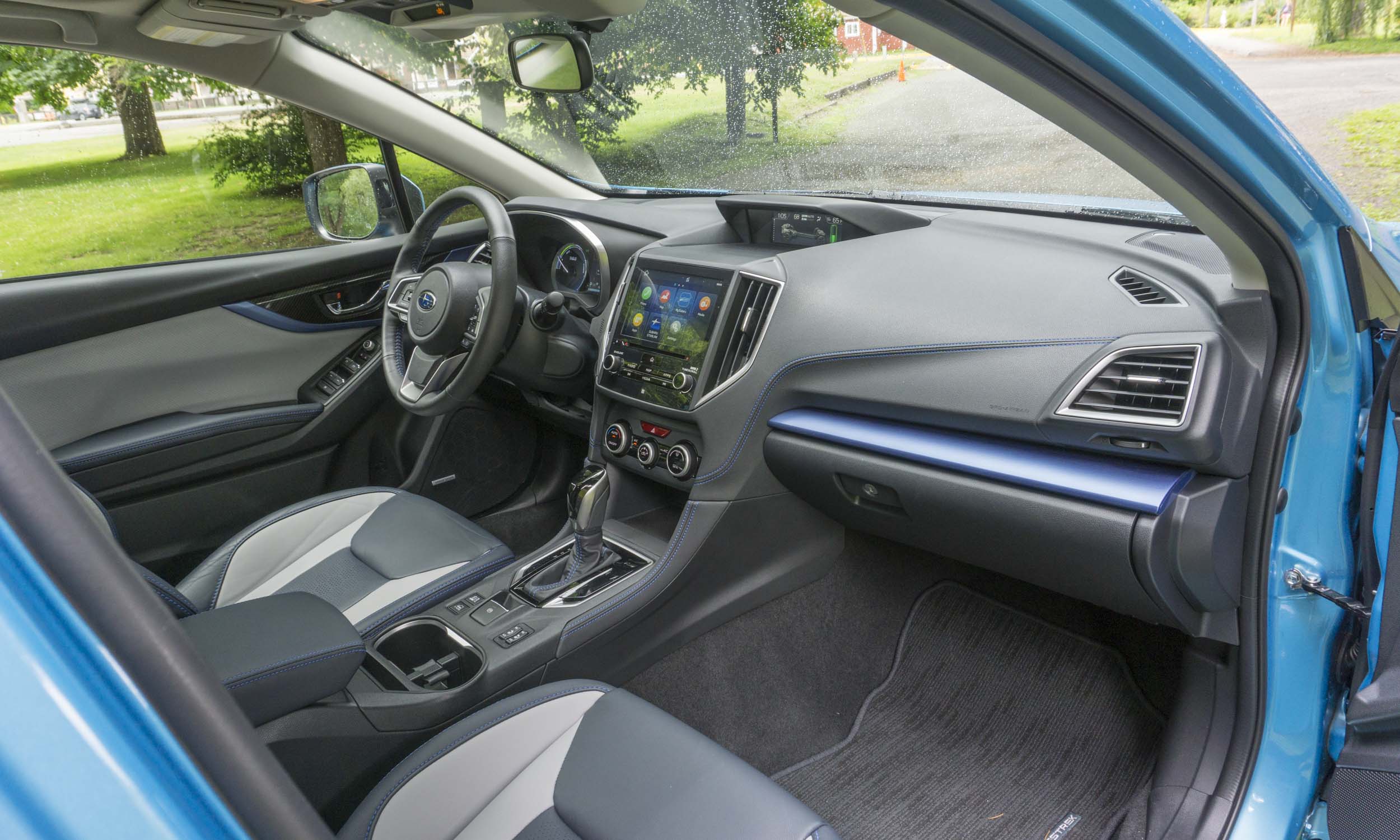 Stylish Interior
The 2019 Crosstrek Hybrid’s interior is rather stylish, featuring an exclusive two-tone leather seat trim as well as elements of blue on the dashboard and doors. Blue stitching throughout adds a premium touch. The seats are also comfortable and the cabin offers plenty of headroom. 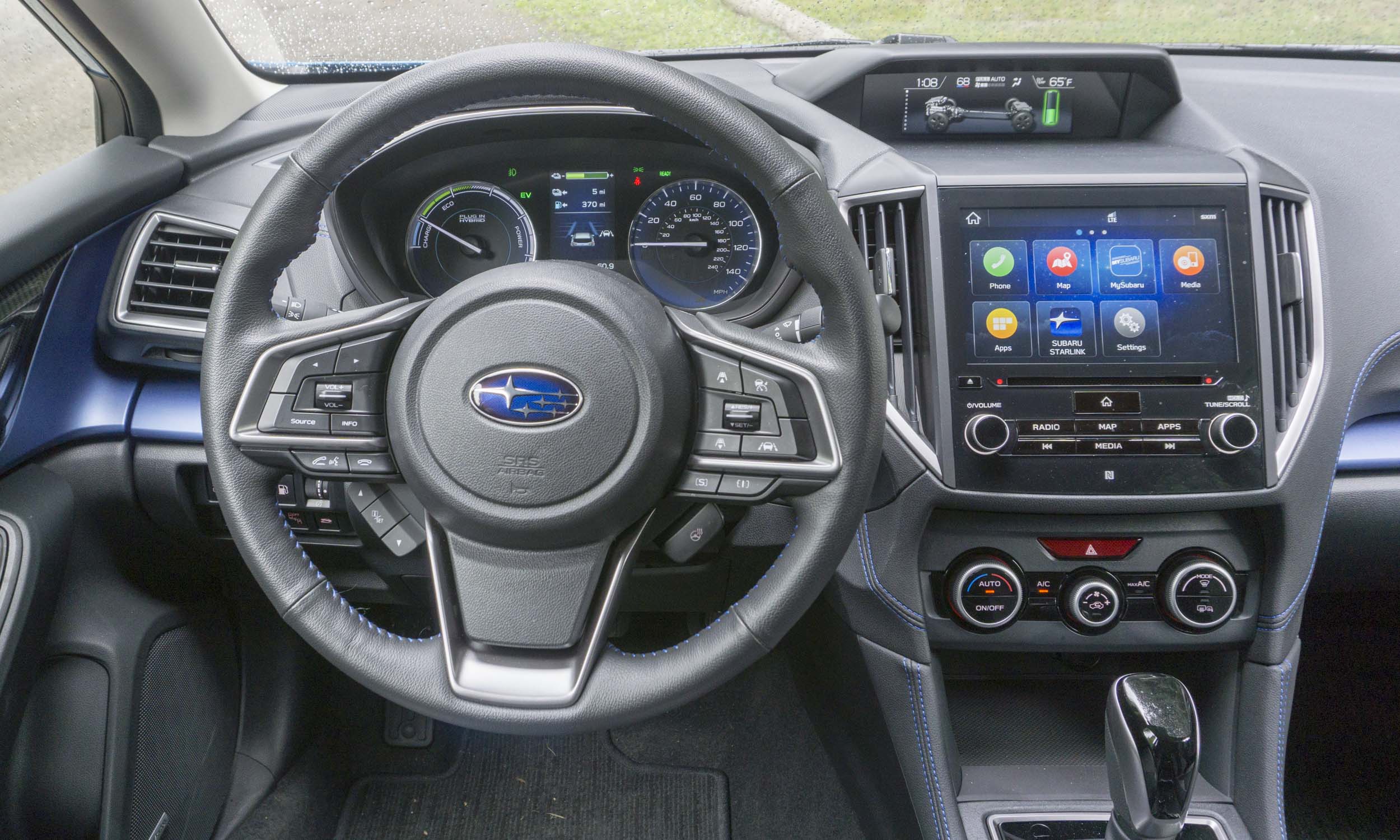 Display Screens
Multiple display screens allow the driver to keep pertinent information continually available. The main display is a nicely-integrated touchscreen — above it sits a secondary display that can show charging status, fuel economy, audio information, weather and more. Climate controls are separate for easy access. An additional display between the gauges in front of the driver can also show trip data as well as other driving information. 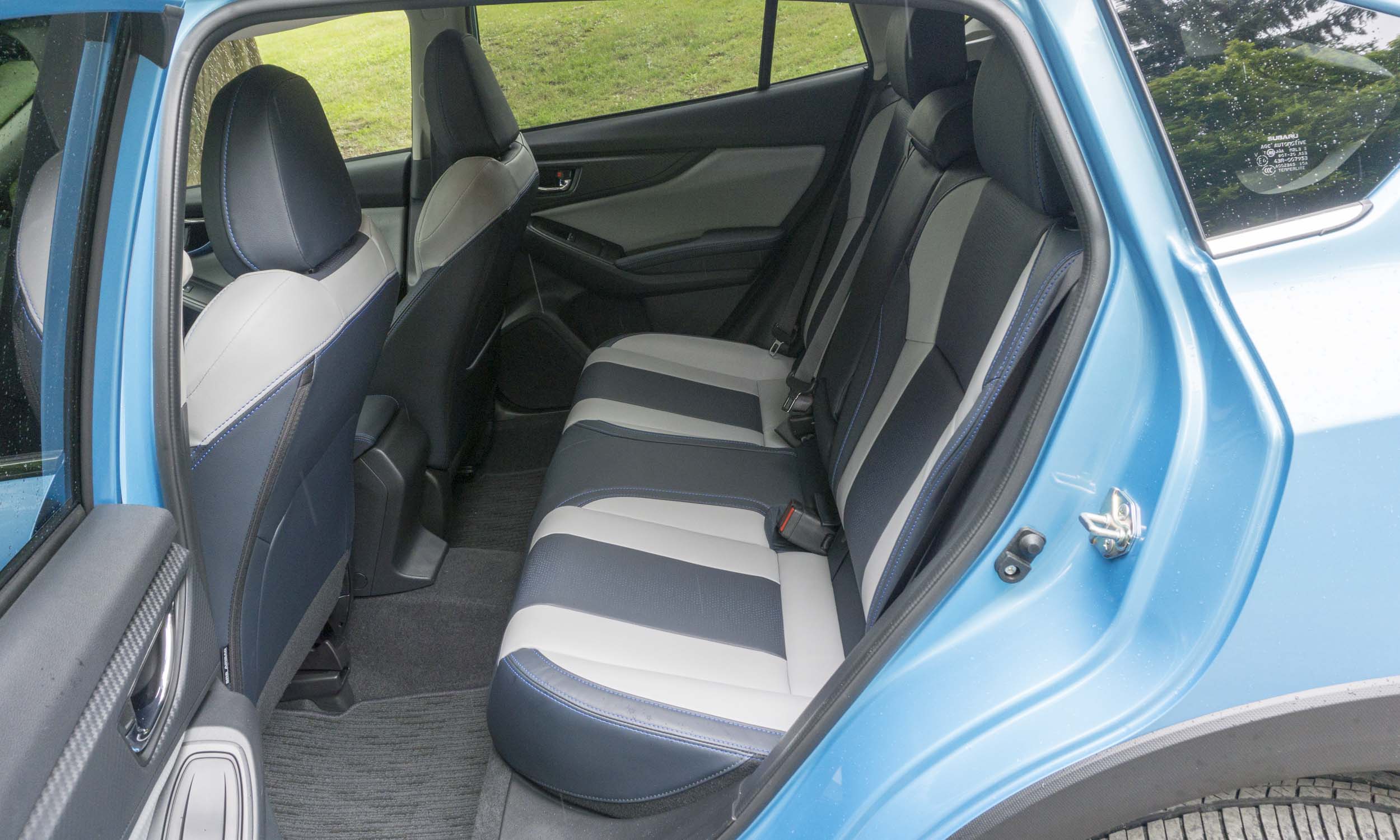 Rear Seat
Like the standard Crosstrek, the rear seat offers decent space for two adults. A middle seat and belt are available for a third passenger aboard for a short trip but, as with most rear seats of Crosstrek’s size, the middle seat is a bit too cramped for comfort. Seats are 60/40 split folding for additional cargo space. 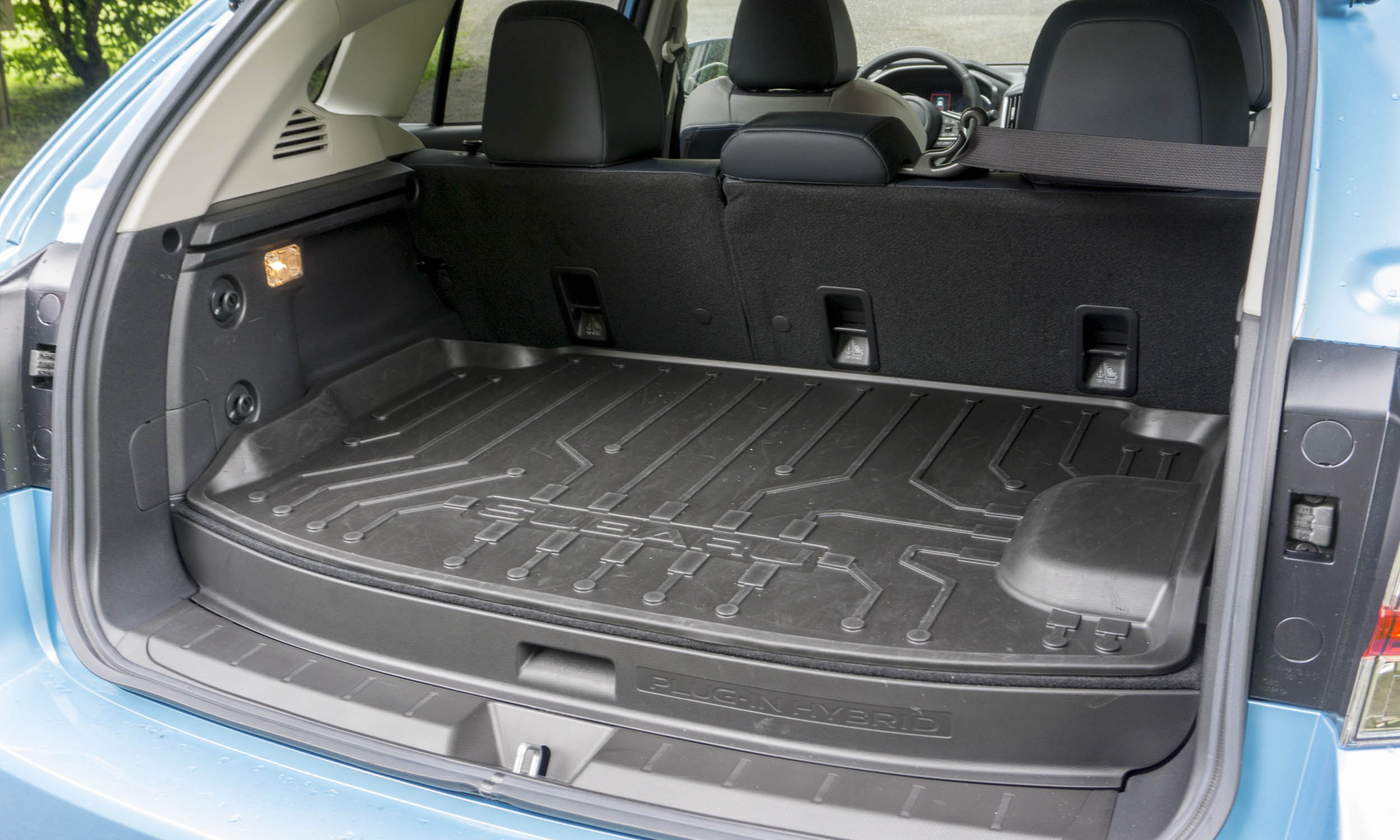 Less Cargo Space
The most noticeable difference between the standard and hybrid Crosstrek is cargo space. The Crosstrek Hybrid requires more real estate for battery storage, so the cargo floor is raised about 5 inches, making the lift-over point higher and shrinking the overall space. This also means that even with the rear seats folded, the extended floor is not flat. That said, we were able to fit several bags of groceries in the space with little difficulty. 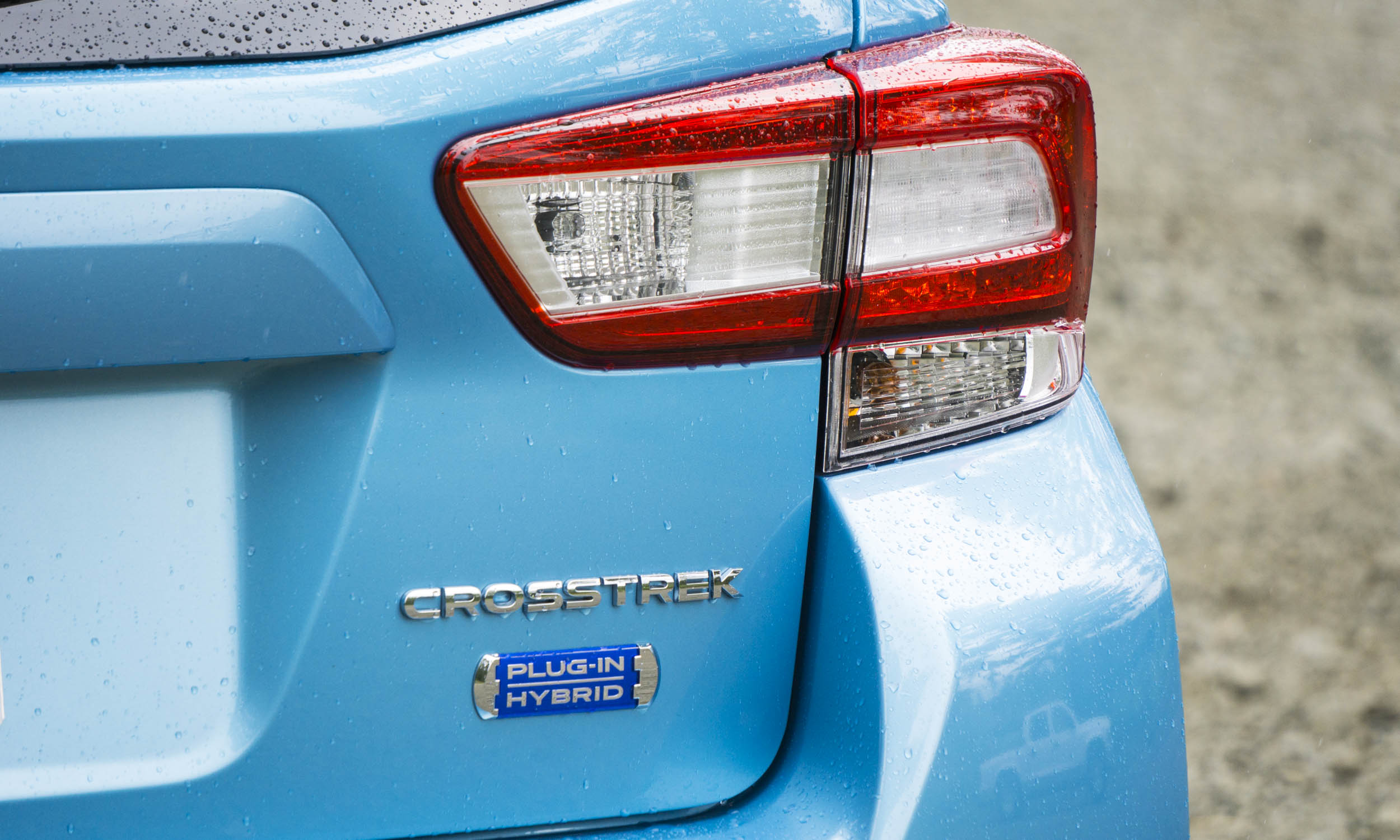 Rating: 8.5
Subaru fans have pined for a plug-in hybrid — especially here in the Pacific Northwest — and this new Crosstrek Hybrid certainly doesn’t disappoint. For many drivers the 17 miles of electric-only driving will be sufficient for a day’s errands, and with quick charging the Crosstrek can be operated as a proper EV. With a comfortable interior, the latest safety equipment and full-time all-wheel drive, the Crosstrek Hybrid makes an excellent, fuel-efficient option in the crowded crossover market. 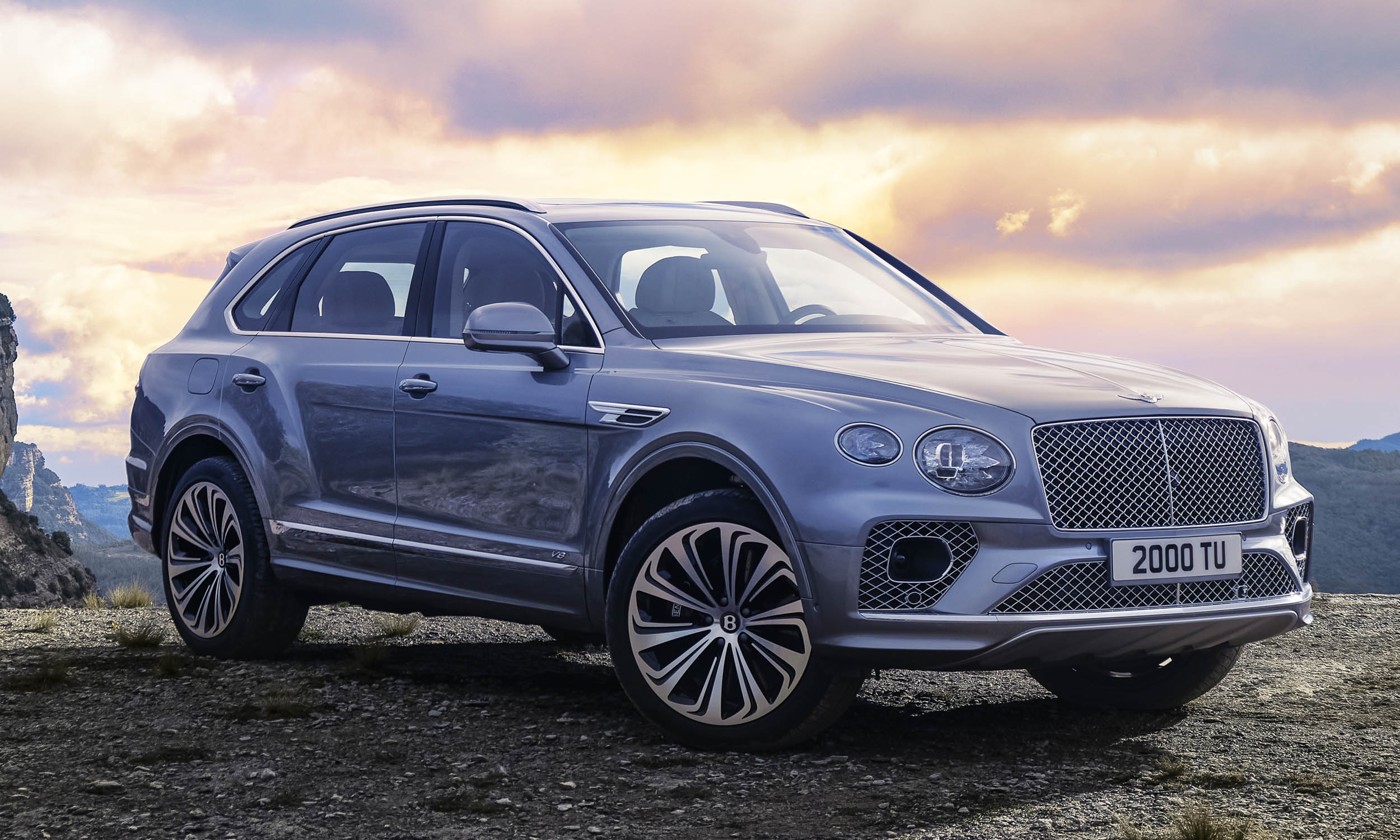 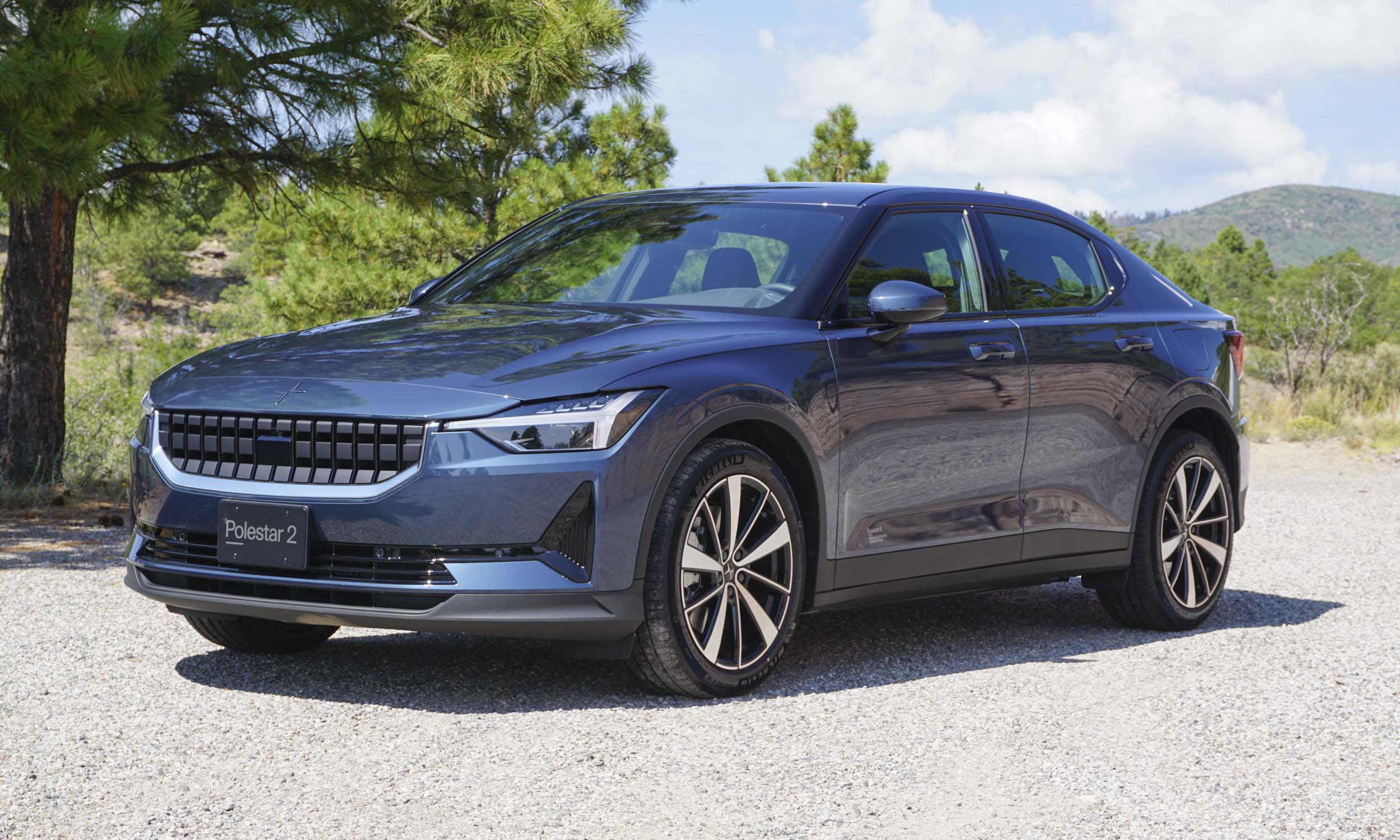