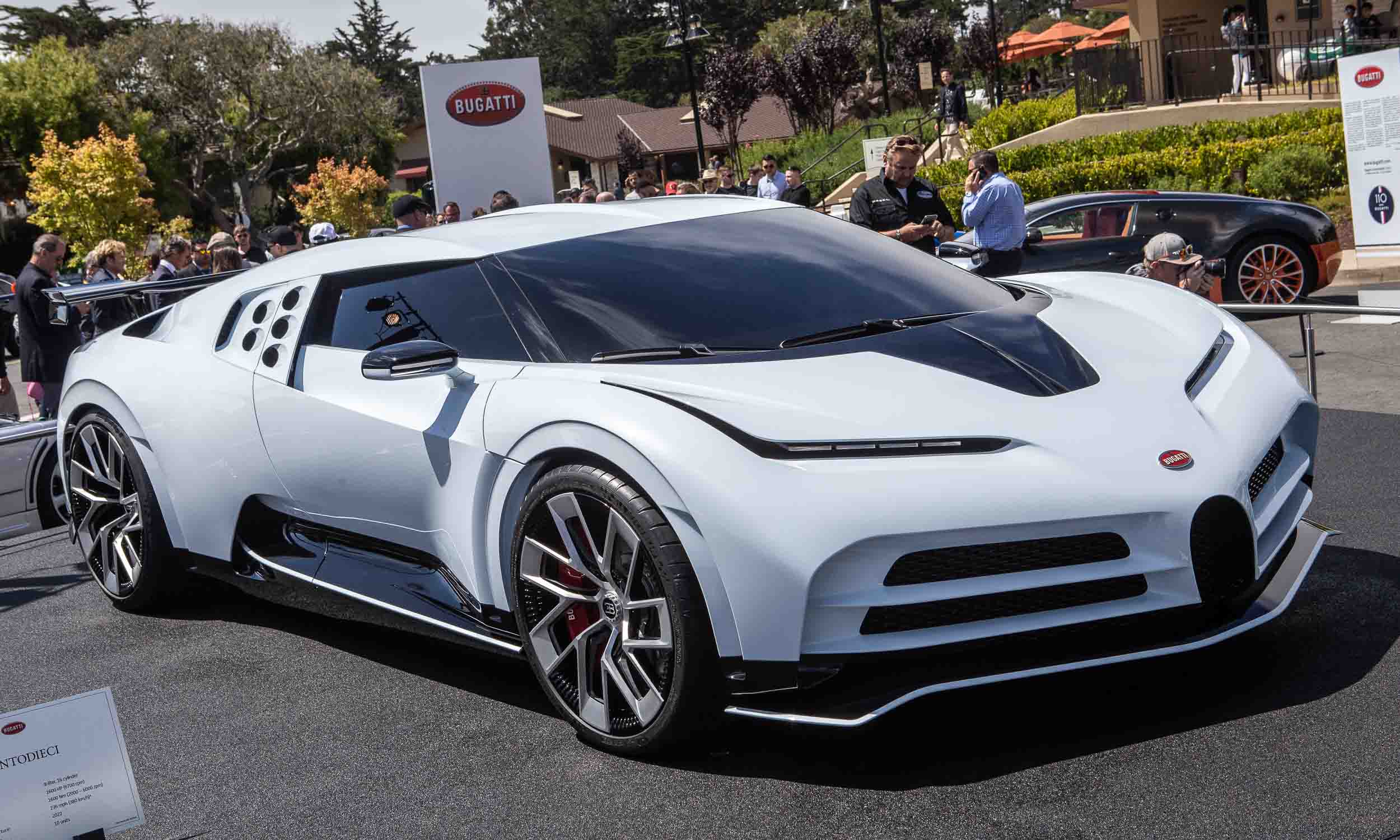 A Look Back
Bugatti has established a tradition of introducing new models during the Monterey Motoring Week in August — and this year was no different. This French supercar company with an Italian name, which happens to be owned by the Volkswagen Group, unveiled the very exclusive Centodieci — a car designed as a tribute to a previous Bugatti supercar, the EB110. 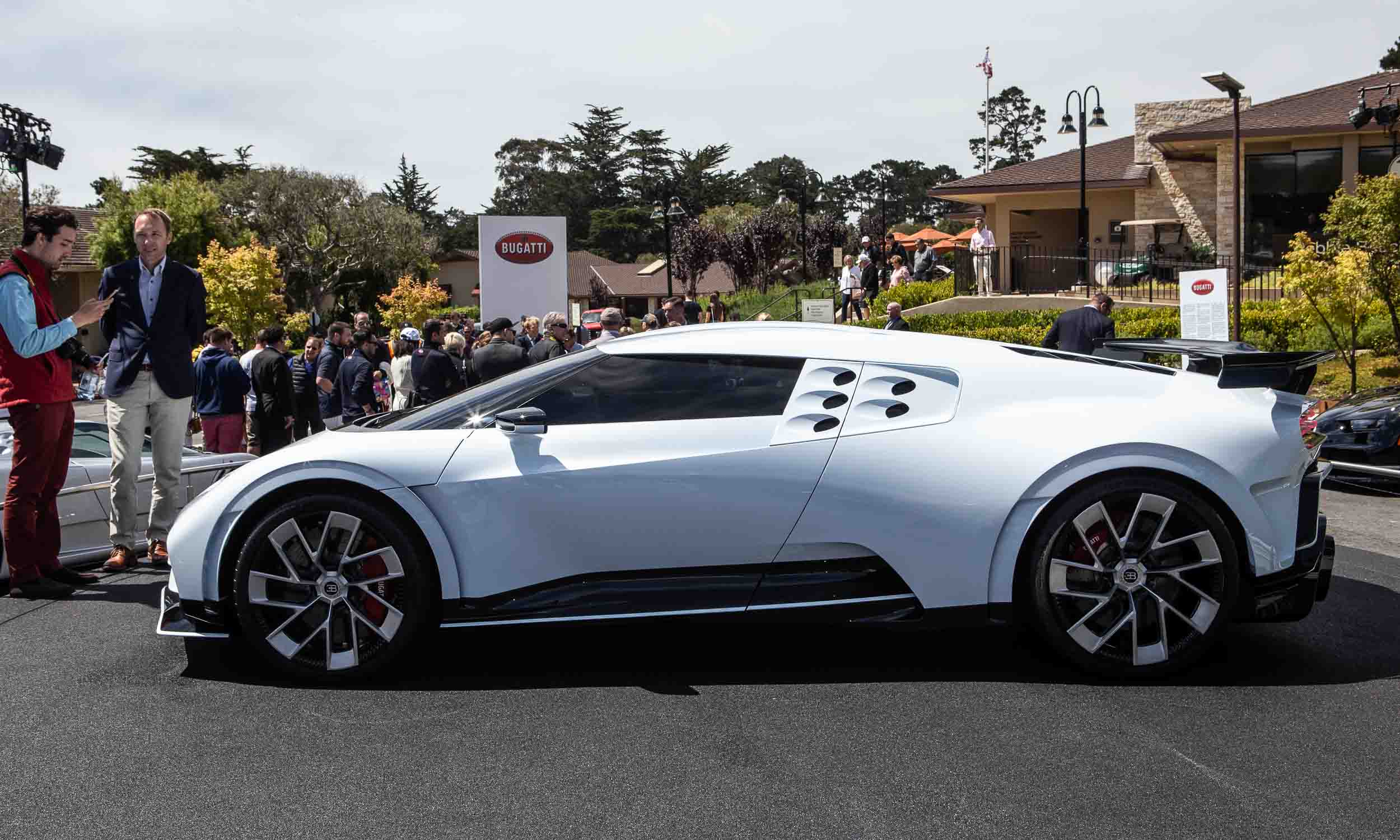 Bugatti History
“With the Centodieci, we pay homage to the EB110 super sports car which was built in the 1990s and is very much a part of our tradition-steeped history,” said Bugatti President Stephan Winkelmann. “We are proud of our long Bugatti history, of which the EB110 is very much a part. That’s why we’re celebrating a reinterpretation of this extraordinary vehicle with the Centodieci — Italian for 110,” Winkelmann noted. 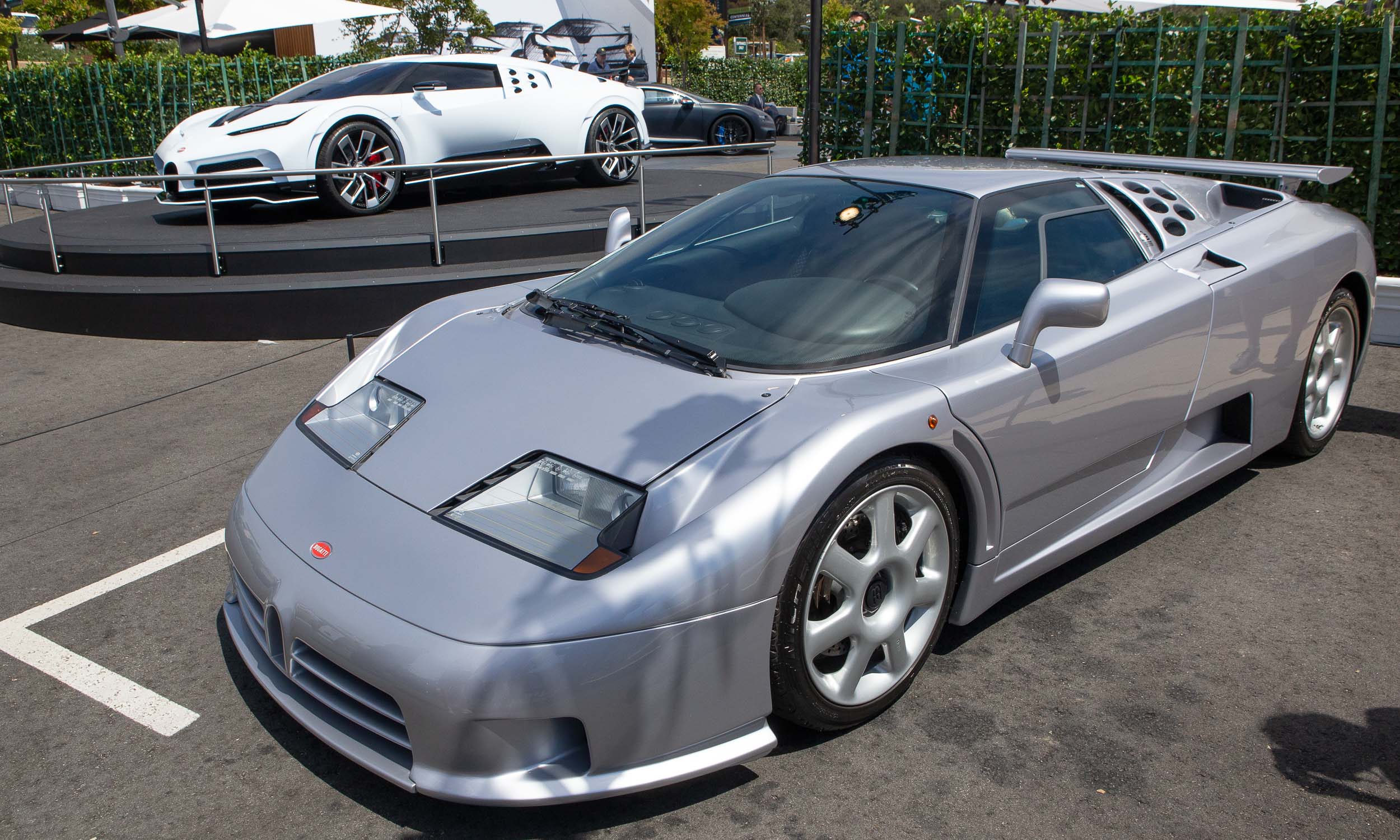 The EB 110
When the EB110 premiered in 1991 it was one of the most potent production cars available. Powered by a 3.5-liter quad-turbocharged V12 engine, the EB 110 generates more than 550 horsepower, which is sent to the road via full-time all-wheel drive. The intention of the Centodieci is not to create a new version of the EB 110, but to celebrate that historical car with an even more powerful modern-day machine. “The challenge was not to allow oneself to be captivated too much by the design of the historic vehicle and work solely in retrospect, but instead to create a modern interpretation of the shape and technology of that time,” observed Bugatti Head Designer Achim Anscheidt. 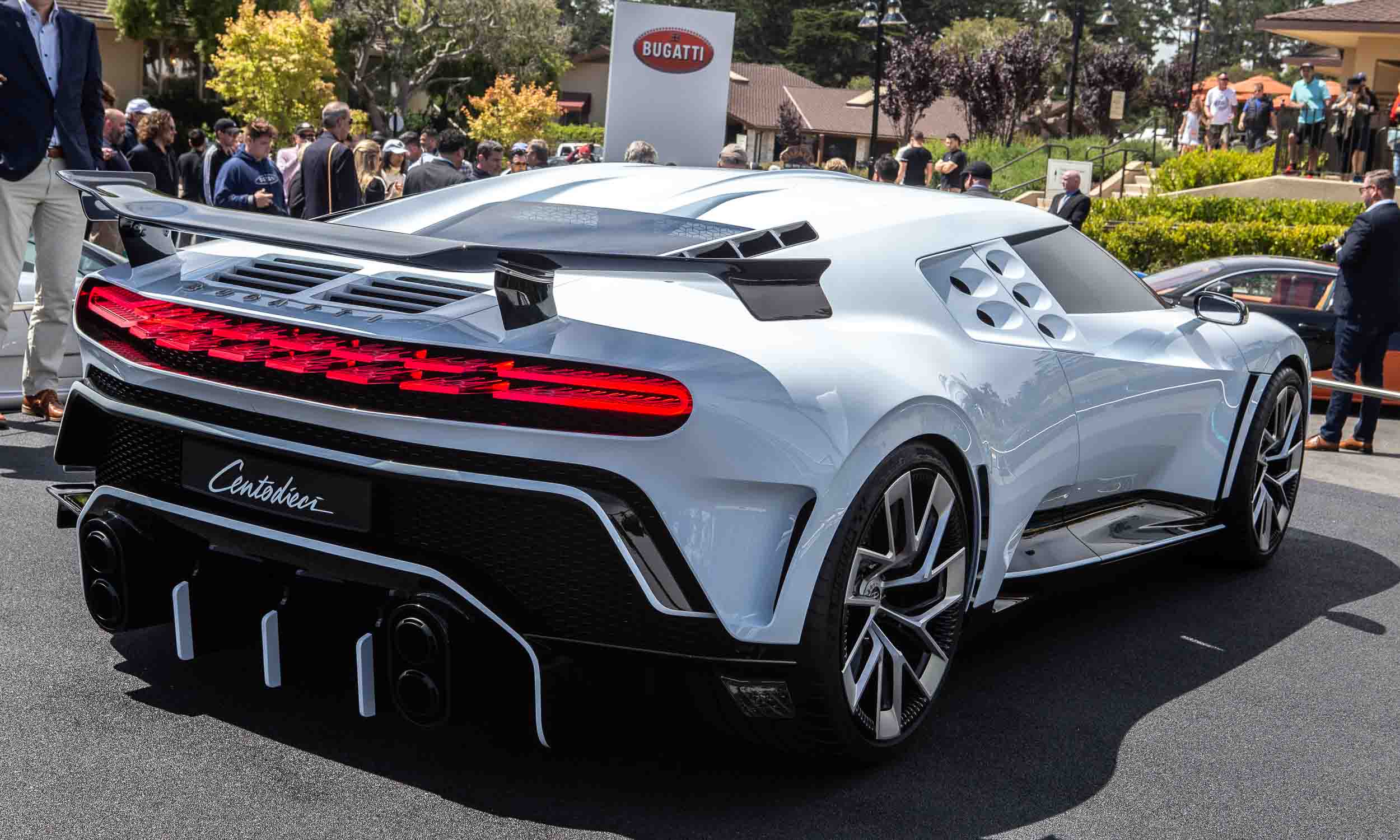 Based On Chiron
As expected, the Centodieci is based on Bugatti’s current extreme supercar, the Chiron. That said, designers and engineers had significant hurdles to overcome beyond simply swapping out Chiron body panels to create the Centodieci. The Chiron’s complex design incorporates bodywork as an integral part of the car’s aerodynamics and cooling, as well as its high speed. “We faced a number of technical challenges in terms of the development and design of the Centodieci,” said Anscheidt. “Transporting this classic look into the new millennium without copying it was technically complex, to say the least. We had to create a new way of combining the complex aerothermal requirements of the underlying Chiron technology with a completely different aesthetic appearance,” noted Anscheidt. 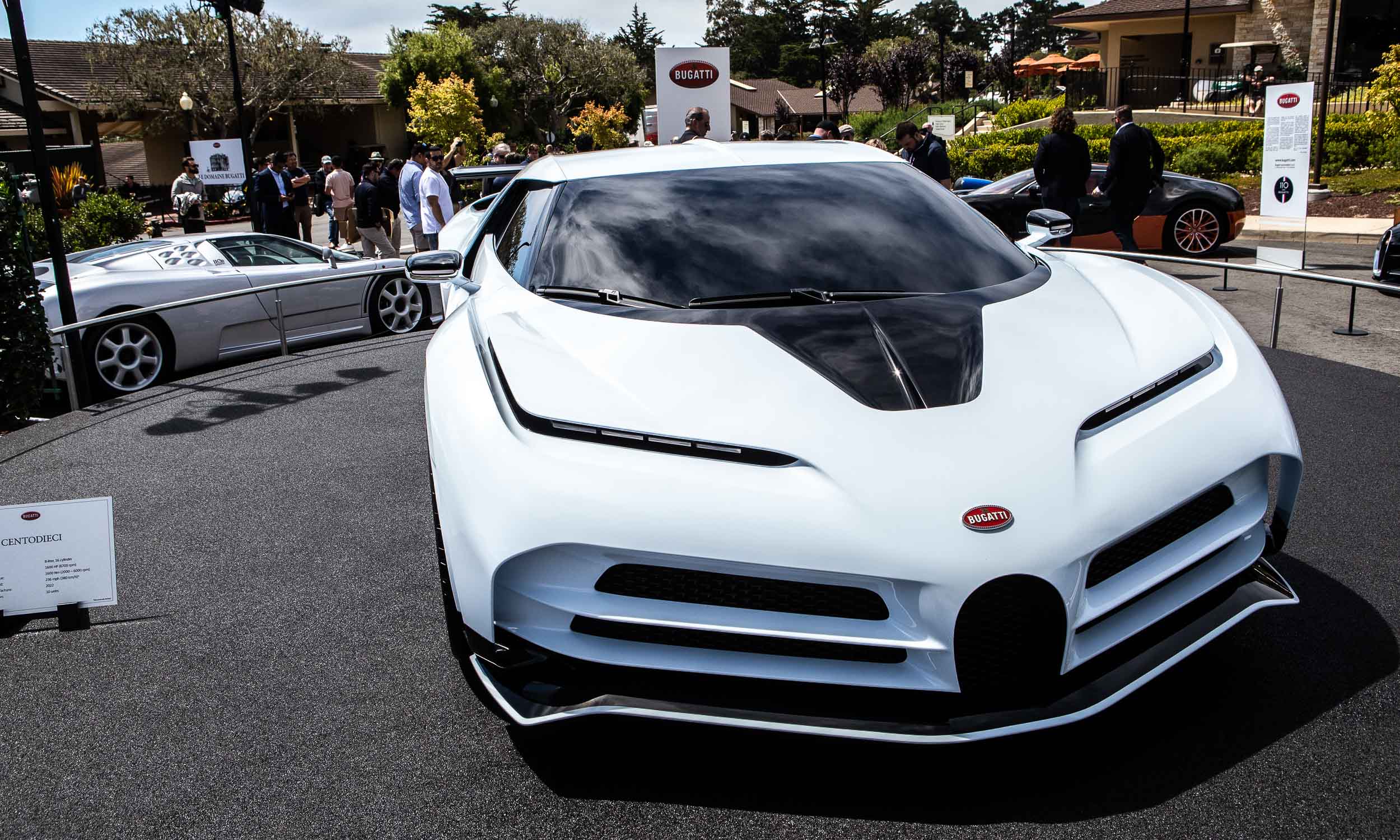 Extreme Power
While the original EB 110 is powered by a V12, the Centodieci features Bugatti’s incredible 8.0-liter W16 engine that produces almost three times the power of that original V12 — 1600 horsepower. The sprint to 62 mph occurs in a lightning-like 2.4 seconds, 124 mph goes by in 6.1 seconds and in a bit over 13 seconds this Bugatti will be accelerating past 186 mph. Top speed is electronically limited to 236 mph. 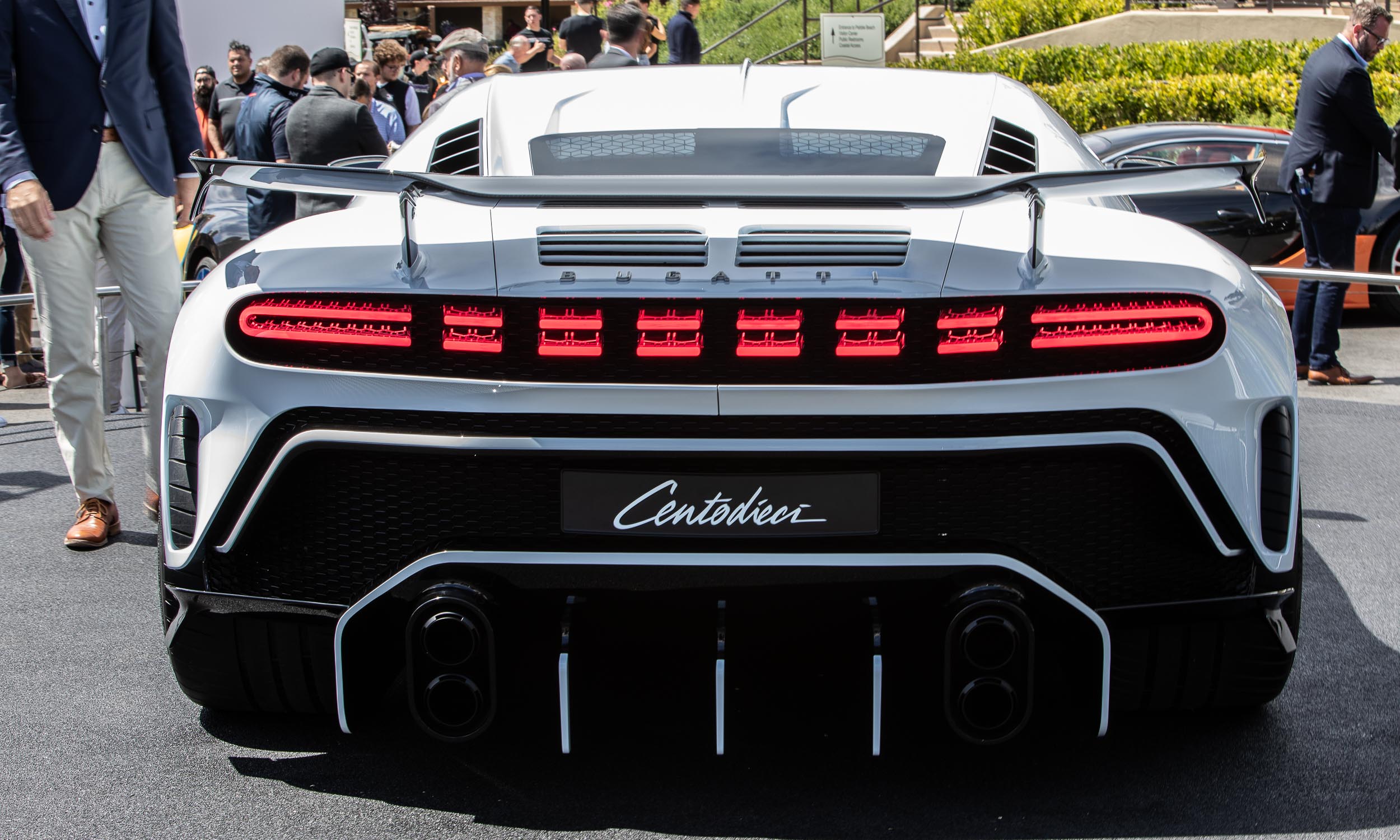 More Than Speed
“It’s not just the top speed that makes a hyper sports car. With the Centodieci, we once again demonstrate that design, quality and performance are just as important,” said Winkelmann. Engineers were able to reduce the weight of the Centodieci compared to the Chiron, which permits even better performance and handling. 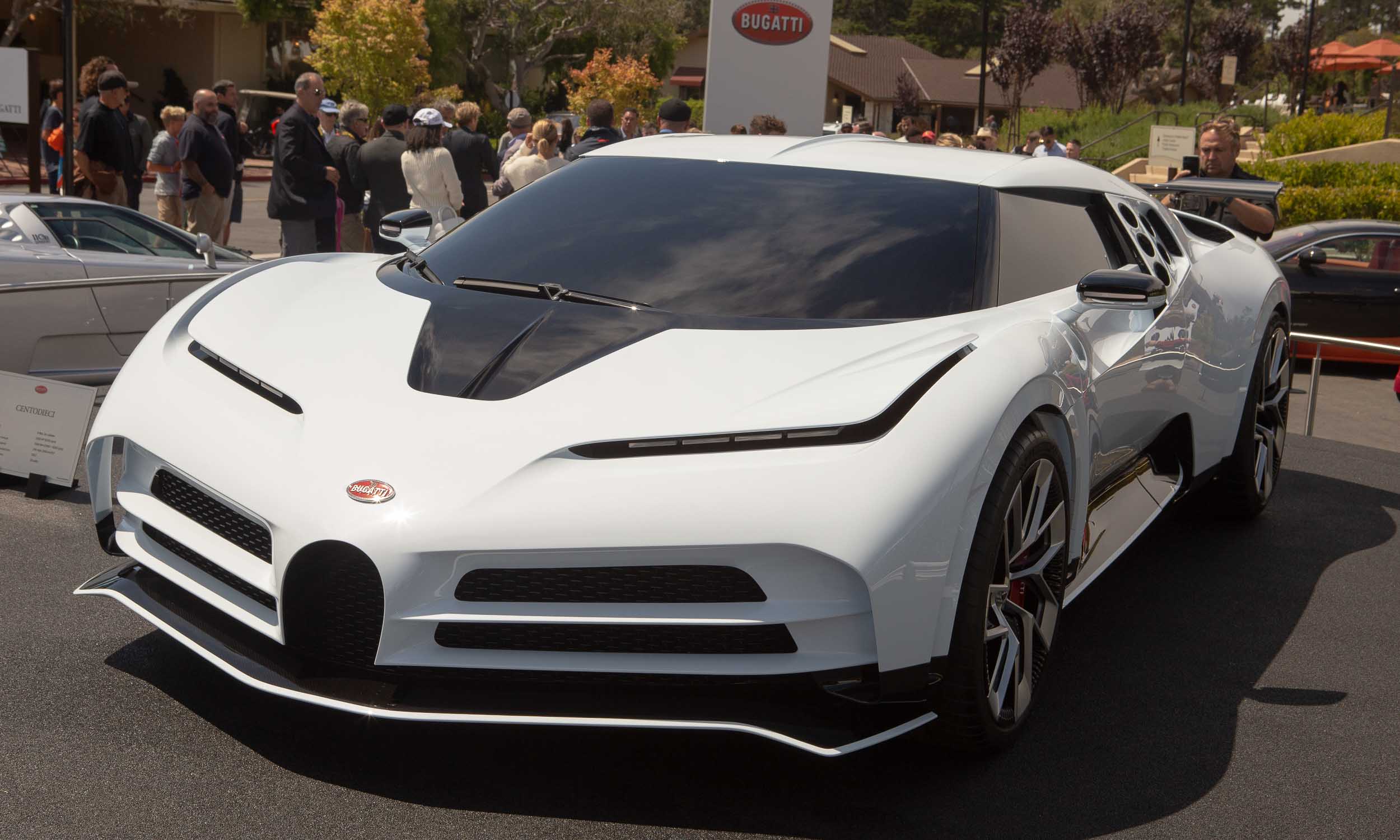 Extremely Limited Edition
Bugatti will build only 10 of the Centodieci, with the price starting at €8 million (US$8.9 million). Apologies to those who were getting out their checkbooks — all 10 have been sold. Delivery of these very special cars is expected in about two years. 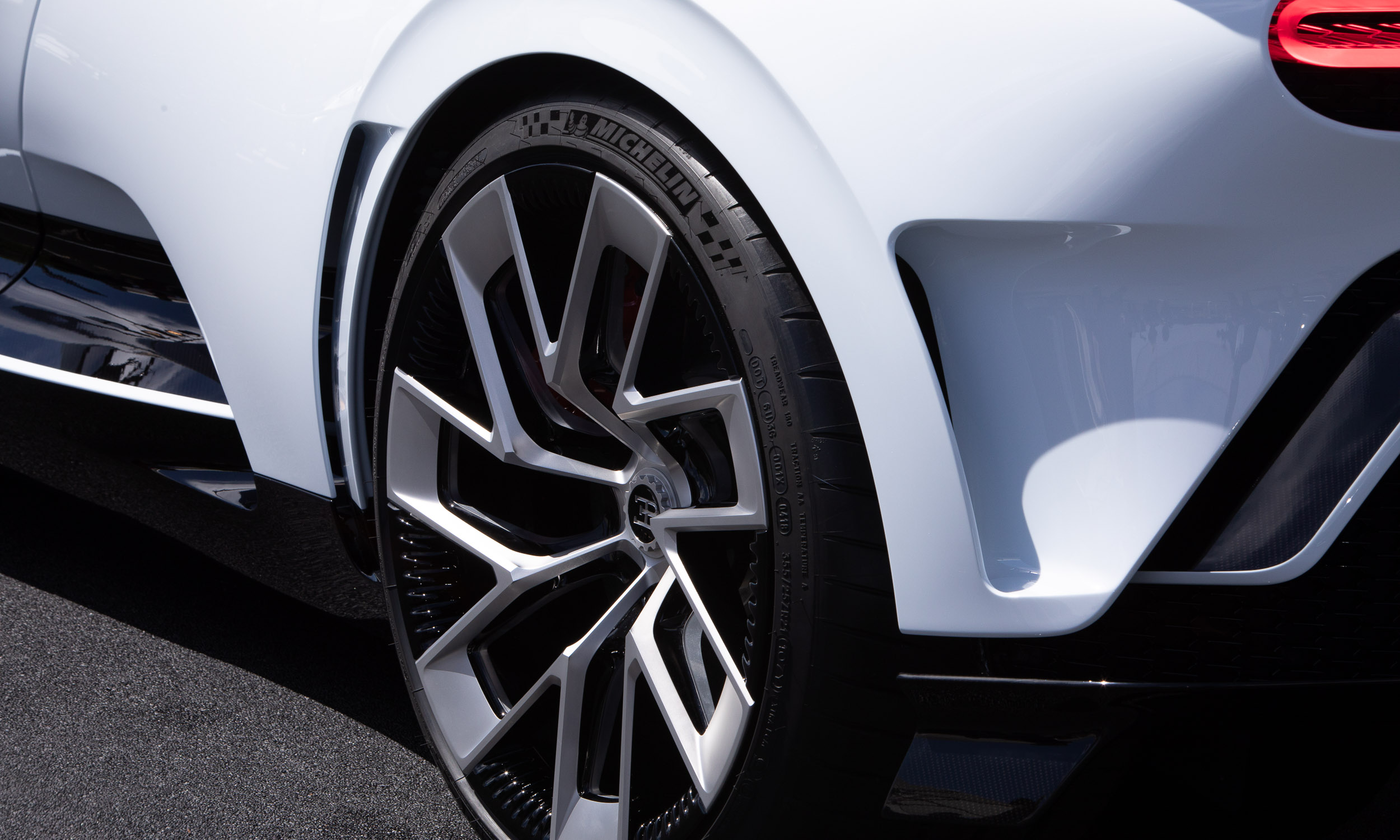 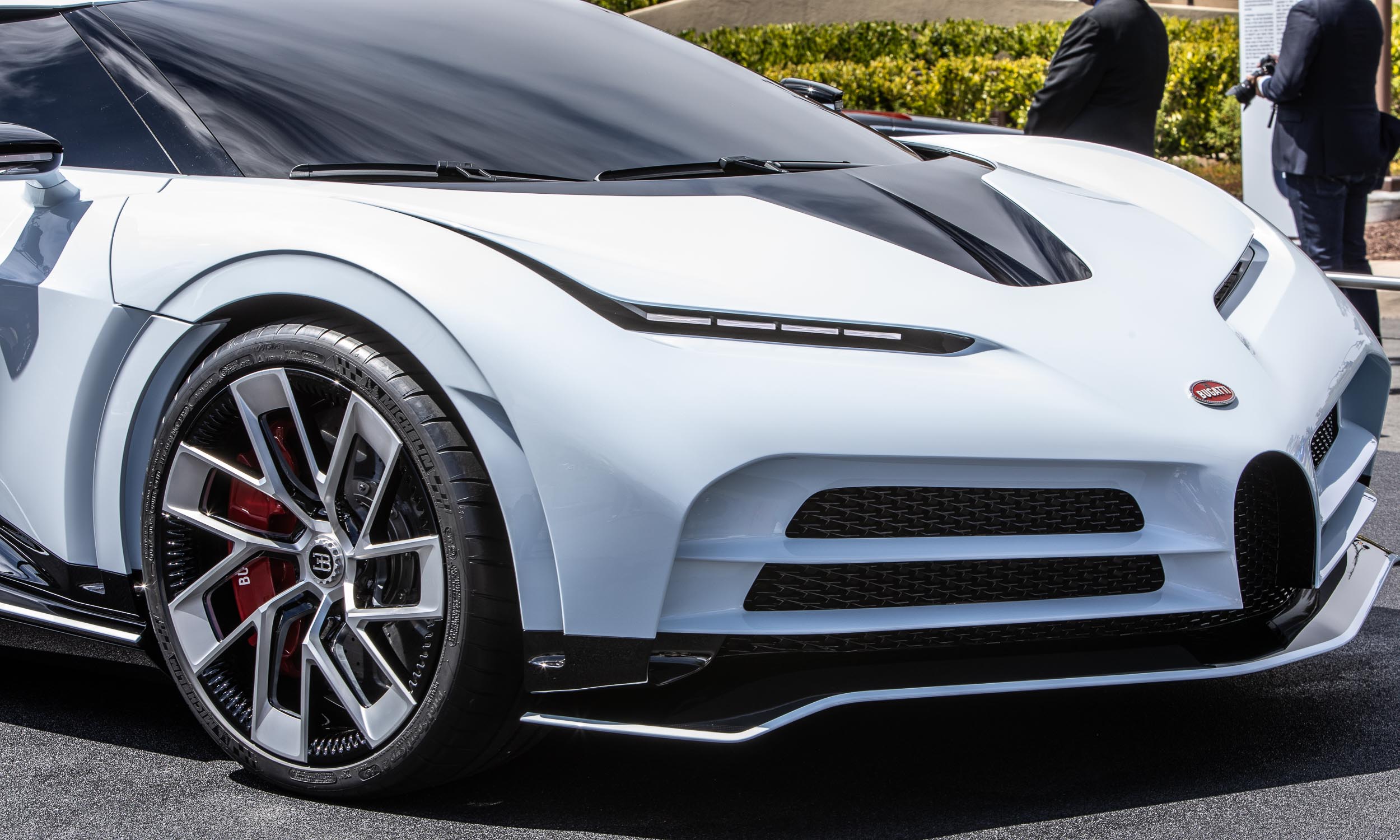 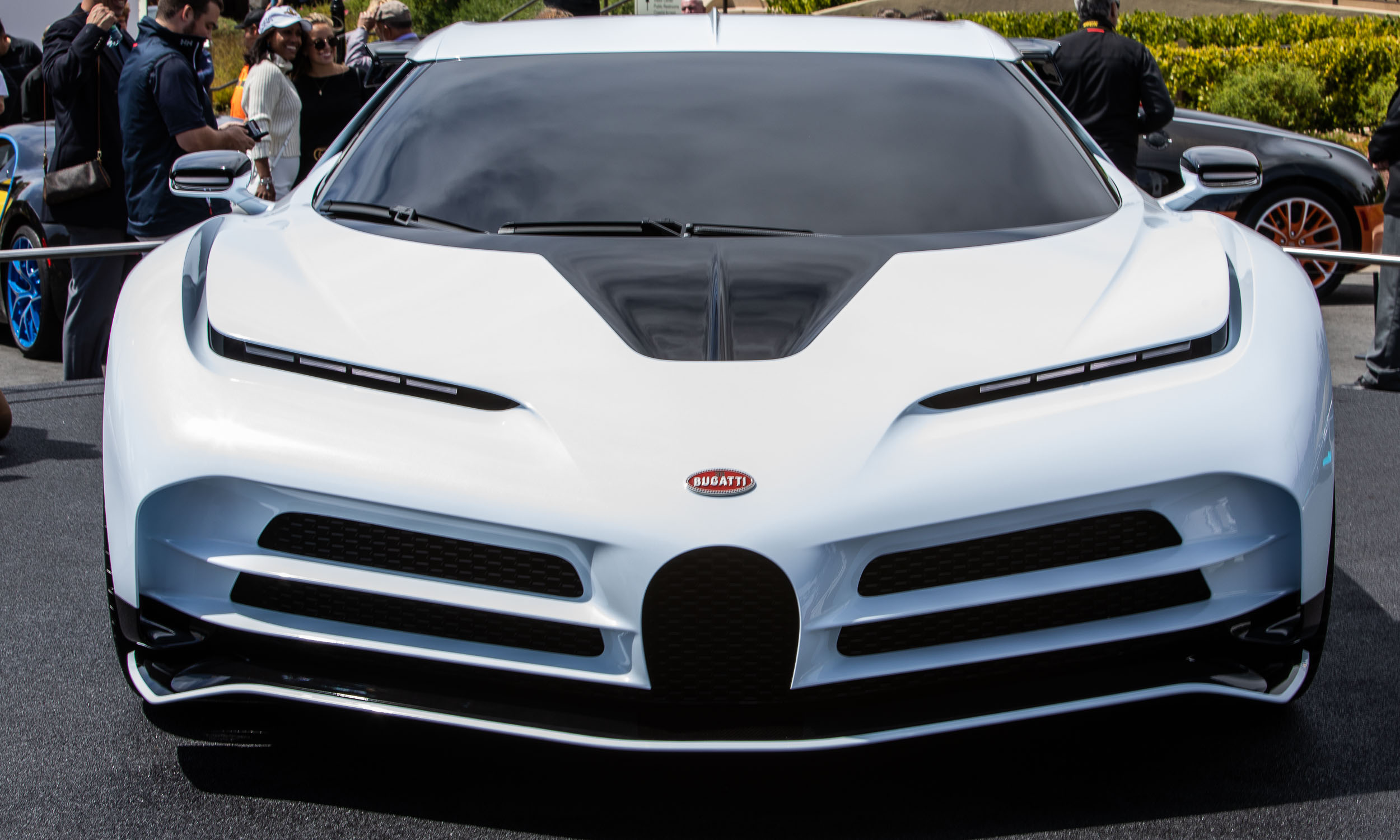 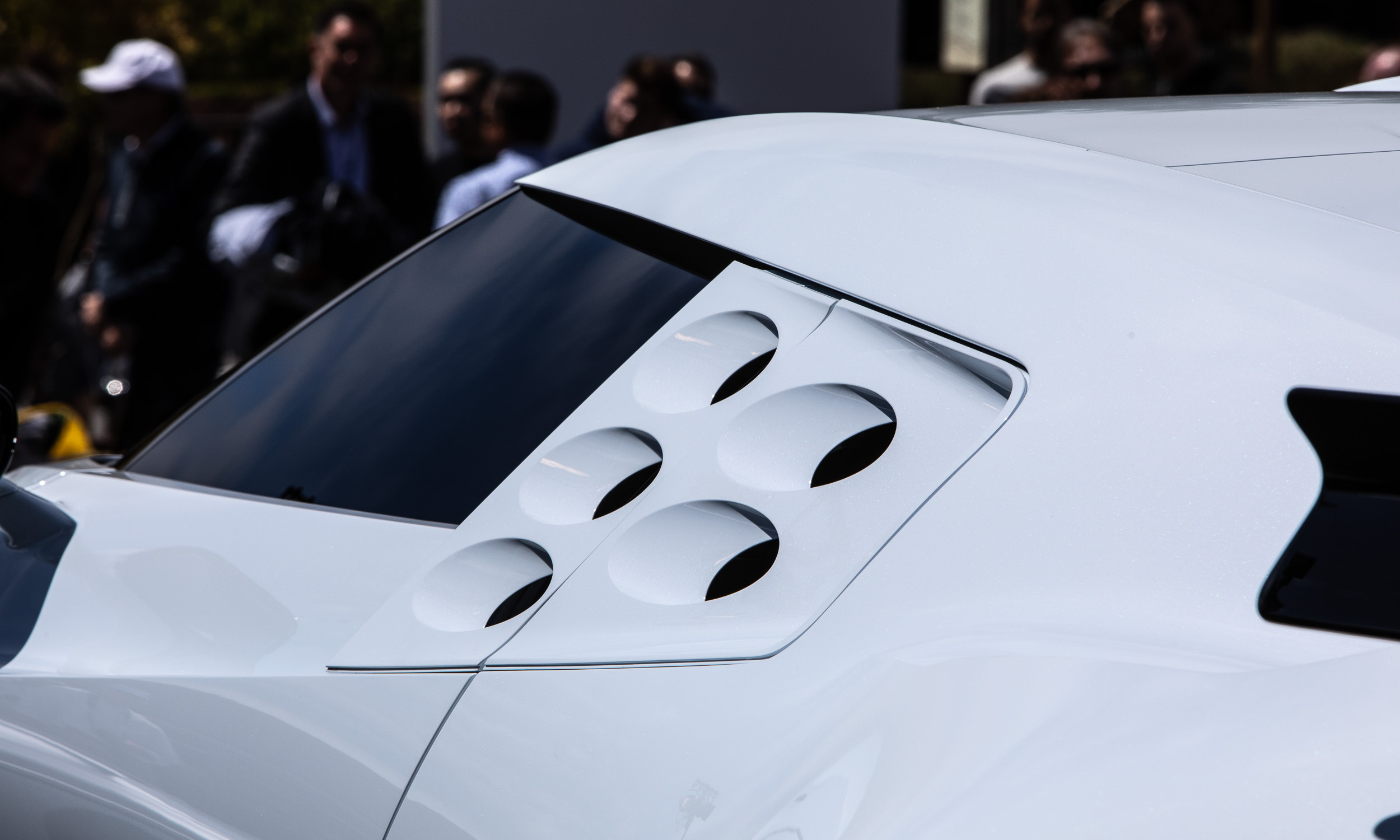 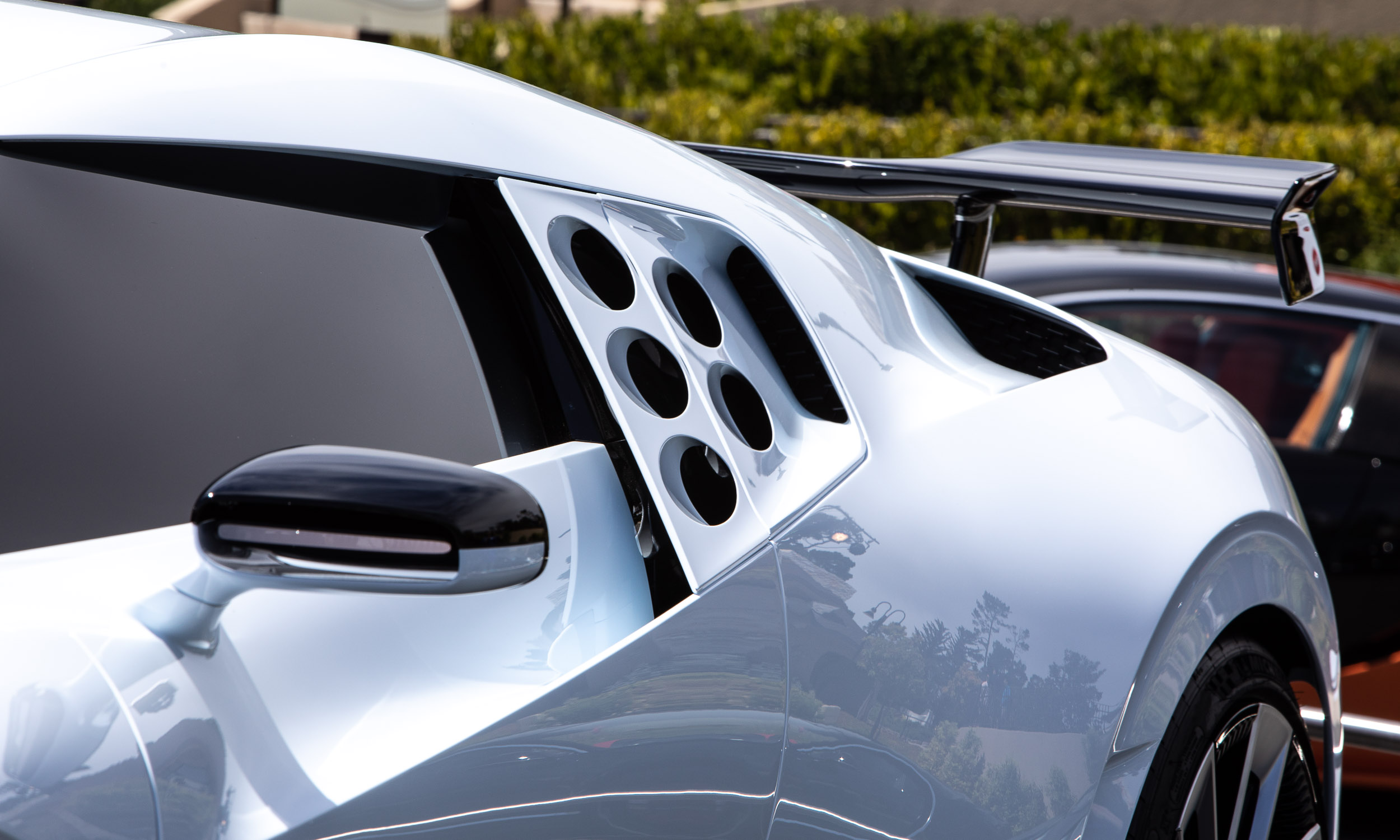 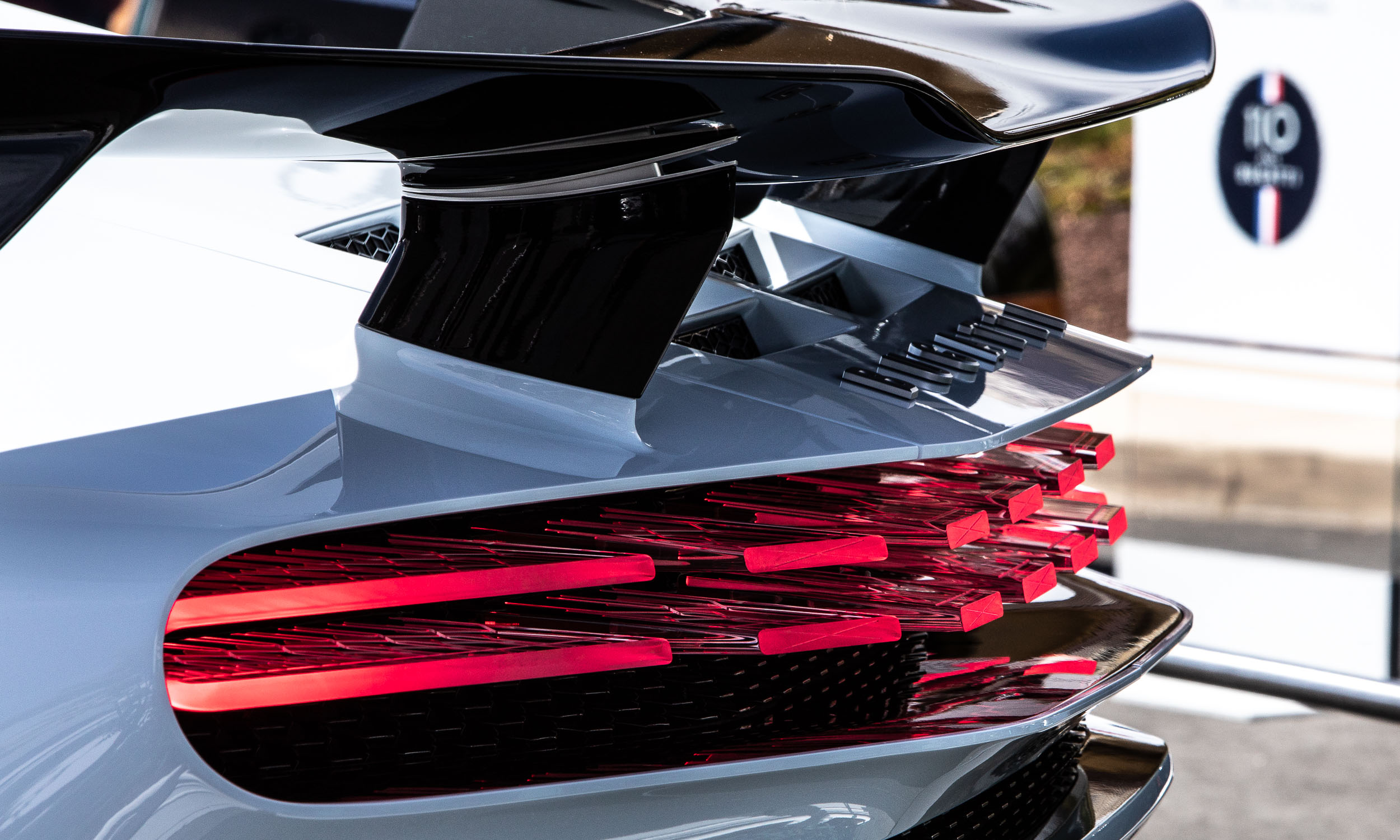 Bugatti Centodieci
Airflow through the tail lights for additional cooling. 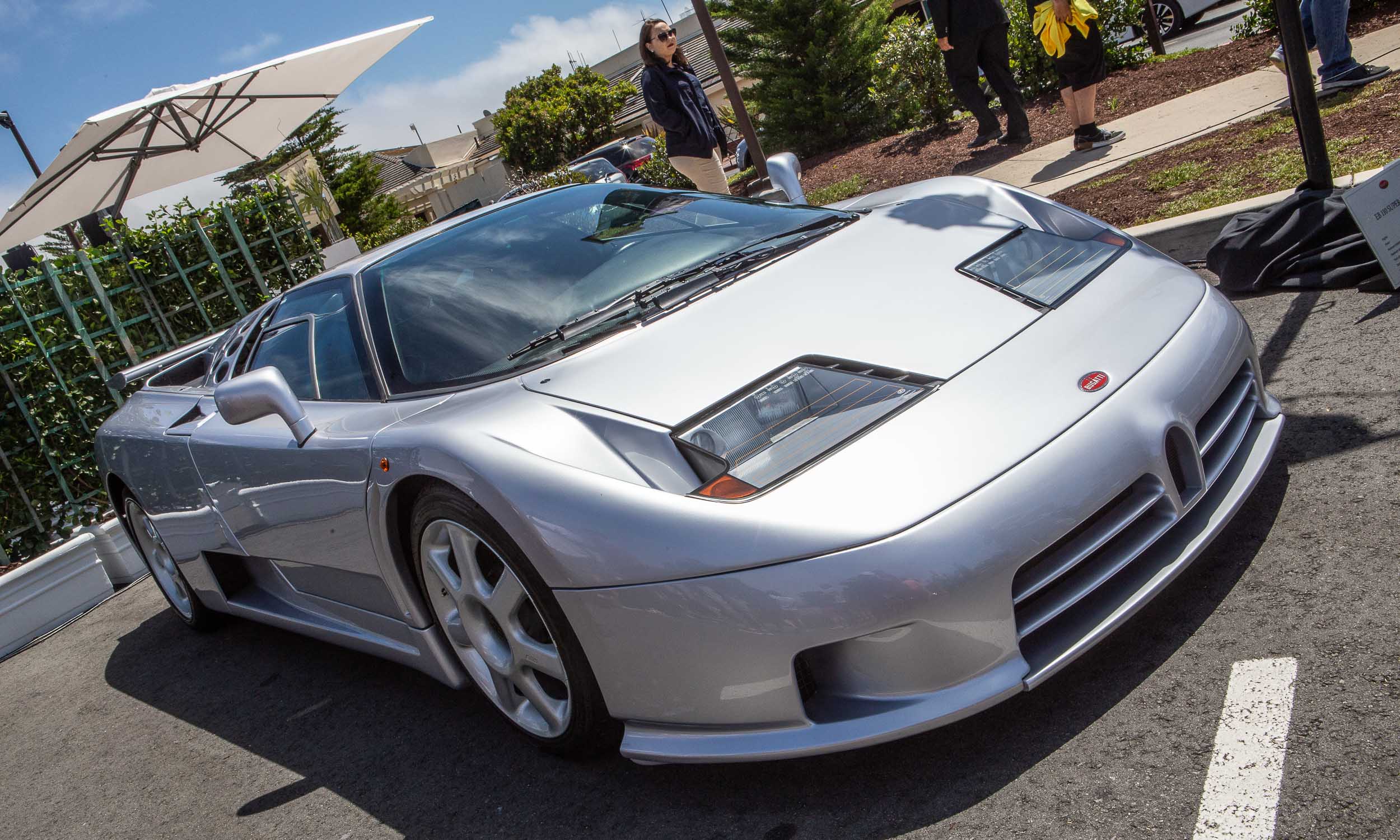 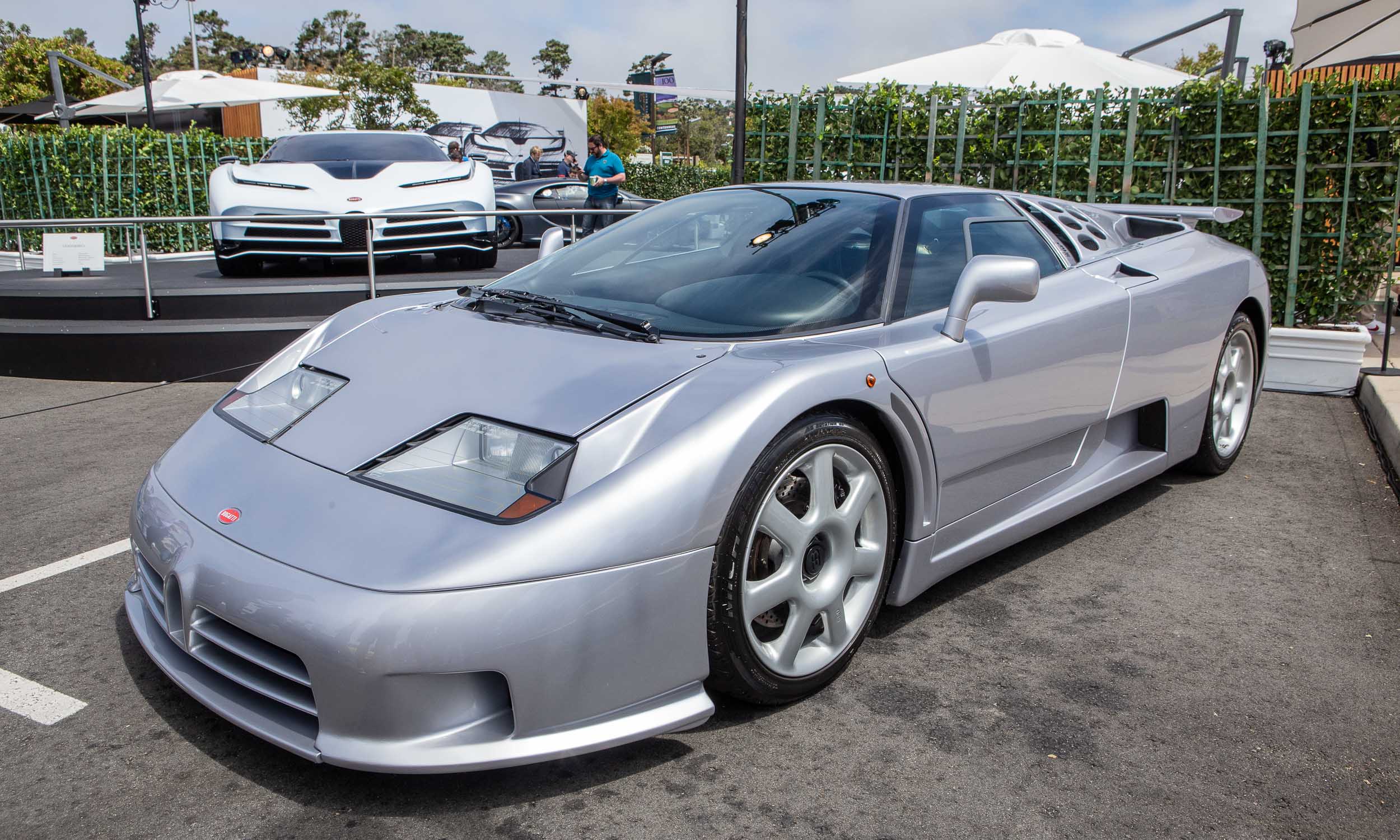 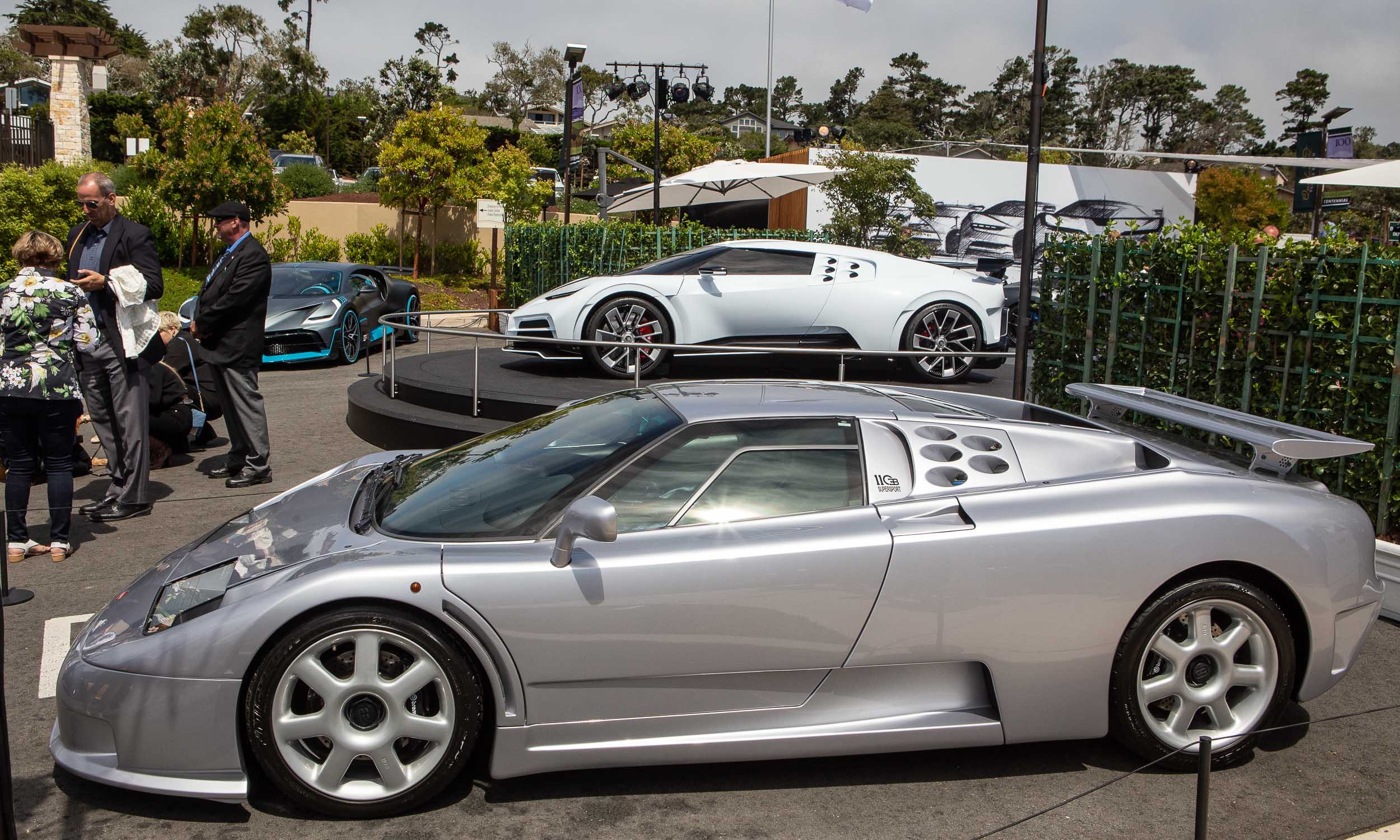 Bugatti EB 110
Many matching details between EB 110 and Centodieci. 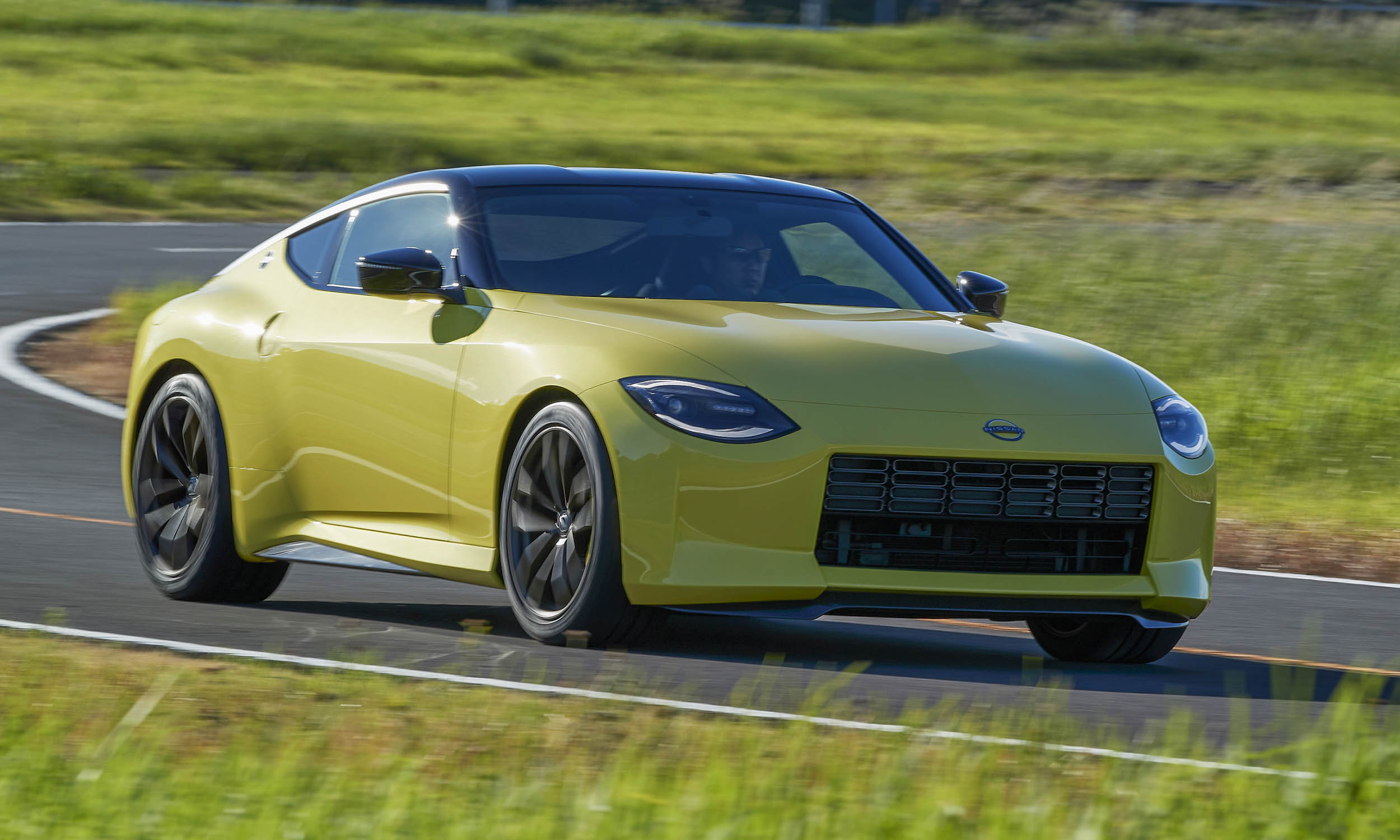 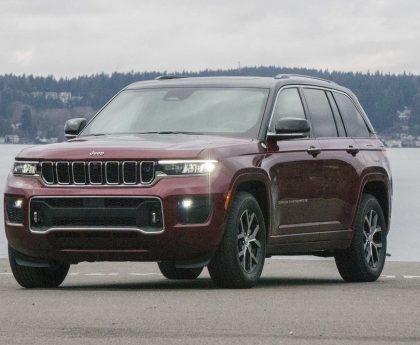