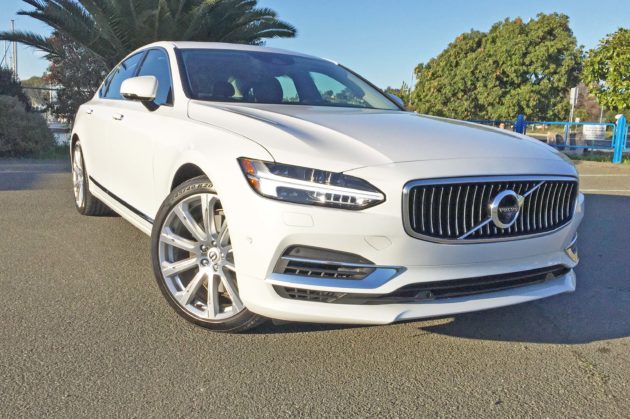 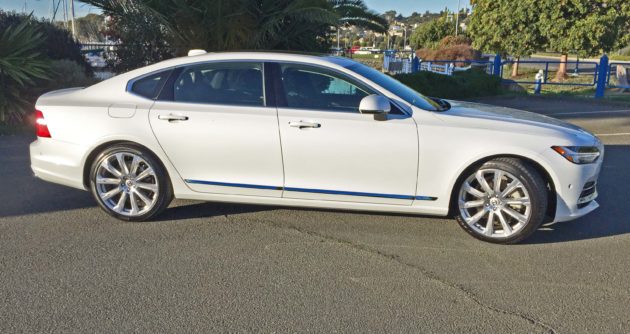 We?ll deal here with the flagship ? the 2018 Volvo S90 T8 E-AWD Inscription, which is a plug-in electric hybrid. Its base price is set at $63,650. My test vehicle racked up a final sticker price of $82,140. Not inexpensive by anybody?s measure, but it was loaded with content. Extra costs included: the Inscription Features (and there were many) priced at $ $4,500; the Convenience Package for $2,550; the Luxury Package – $3,450; $595 for Metallic Paint; Graphical HUD – $900.; heated steering wheel- $300.; Bowers and Wilkins Premium Sound System- $3,200; 20-inch Inscription alloy wheels with Summer tires – $800.; Premium Rear Air Suspension- $.; 1,200; and Destination Charge- $995. The exterior was sprayed in Crystal White metallic, while the interior was executed in rich Brown and Charcoal tones with open pore Linear Walnut wood inlay trim accents. 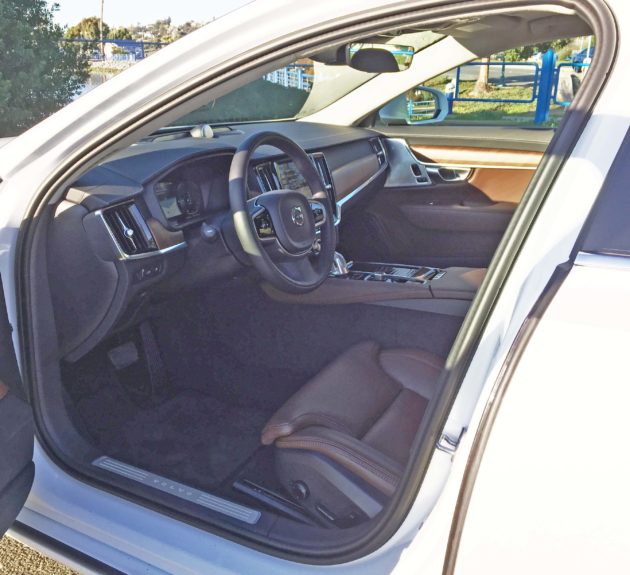 The S90 was the first car in the United States to offer semi-autonomous driving technology as standard fare. Large Animal Detection and Run-Off Road Mitigation were two world-first safety technologies that will also came standard. The S90 was the second vehicle to be based on the Volvo?s all-new Scalable Product Architecture SPA featuring: an elegantly sculpted exterior design with luxury proportions on a long wheelbase; a driver-oriented interior featuring natural materials with a distinctive Scandinavian design influence; Volvo?s Sensus Infotainment technology with an available12.3-inch touchscreen and patented user Interface; Semi-autonomous and driver assistance systems like Pilot Assist; active and passive safety systems with an optional air suspension system. 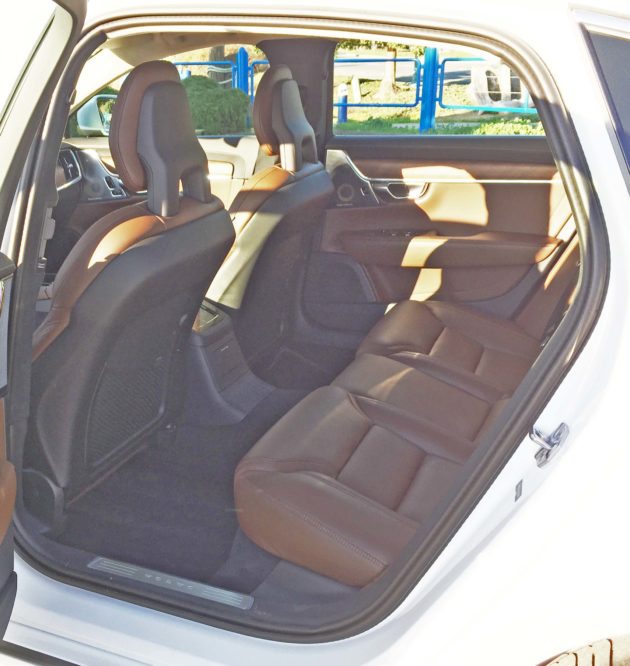 The source of power was a 2.0-liter, DOHC, 16-valve supercharged and turbocharged, transversely front mounted inline four-cylinder engine with Gasoline Direct Injection capable of producing 313 horsepower at 6,000 rpm along with 295 pound feet of torque in a range from 2,200-5,400 rpm. The gas engine was combined with a rear mounted electric motor with 65kW / 87 HP max power and 240 Nm 0-50 rps, powered by a Lithium-ion battery with a total energy of 10.4 kwh. Motive energy was transmitted to the driving wheels via an eight-speed Geartronic automatic transmission with Stop/Start and adjustable drive mode selection transmission. 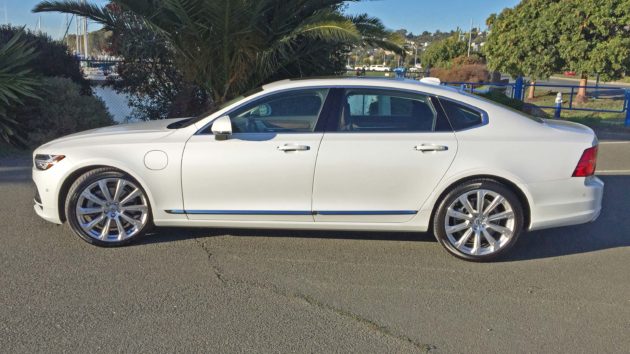 Visually, the Volvo S90 T8 displays a stately elegant form with its long sculpted hood, short rear deck and minimal overhangs, unusual for a front-wheel drive platform. Starting up front is an upright chrome waterfall grille inspired by the legendary Volvo P1800 Coupe featuring a prominent Iron Mark logo. In profile, a long dash-to-axle ratio presents a lower, wider and longer silhouette than its competitive set. The beltline is high and straight, delivering a consistent front to rear flow. The greenhouse showcases a graceful arc from the hood base, through the ?C?-pillar or sail panel into the abbreviated rear deck. 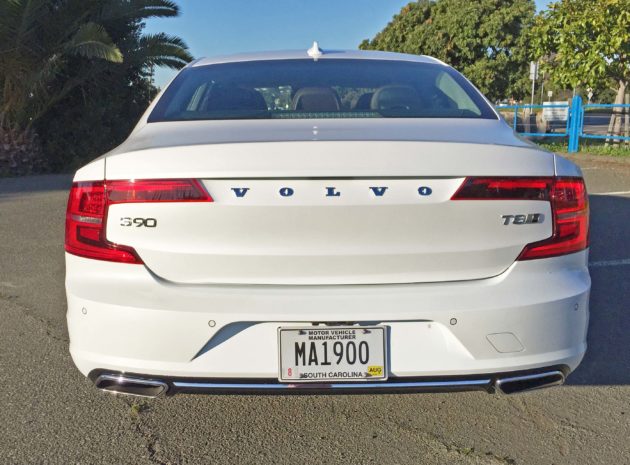 SUMMARY: From its ?Thor?s Hammer? front lighting flanking the chrome waterfall grille to the twin rectangular chrome exhaust tips, the 2018 Volvo S90 T8 E-AWD Inscription displays everything that a luxury sedan should, in an elegant package. The Swedish design of this Chinese owned Scandinavian ride provides an emotional persona that literally shouts luxury. 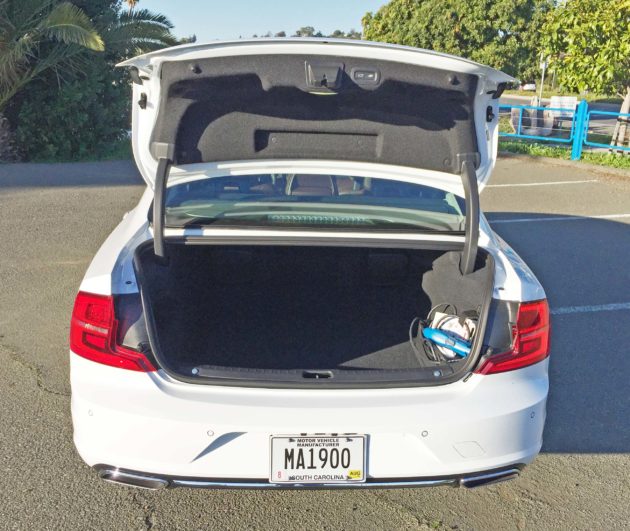 The power delivery from the 2.0-liter Supercharged/Turbocharged, Direct Injected four-cylinder belies its small displacement. The 313 horses and 295 pound feet of torque are indeed impressive with their instantaneous response and output, while yielding EPA estimates of 22-mpg city / 31 mpg highway, with the capability of moving from 0-60 mph in 5.7 seconds ? not bad for a vehicle weighing in at just over two tons. The hybrid system?s combined total output is 400 hp and 472 lb-ft of torque and delivers 26/33 mpg and can drive up to 21 miles on all-electric energy.

The selectable driving modes allow for setting the tone for one?s driving mood and situation ? they include an AWD mode, a Pure mode for ECO operation, along with a Hybrid (recommended for everyday driving, and a Power mode for sportier driving.

The S90 T6 handles superbly in virtually every driving scenario from narrow, two-lane twisting country roads to freeway travel and urban jaunts. The ride quality is both comfortable and stable even in spirited scenarios. 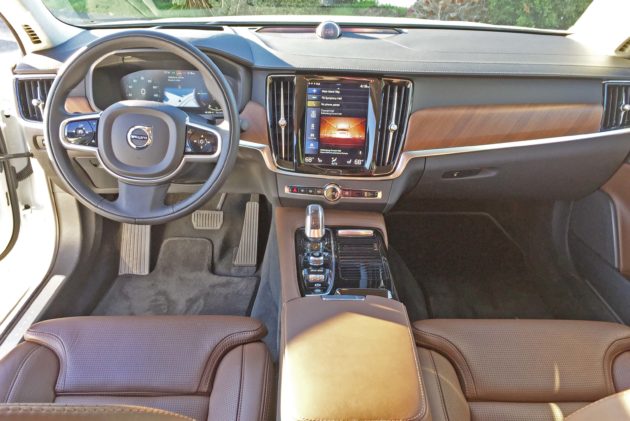 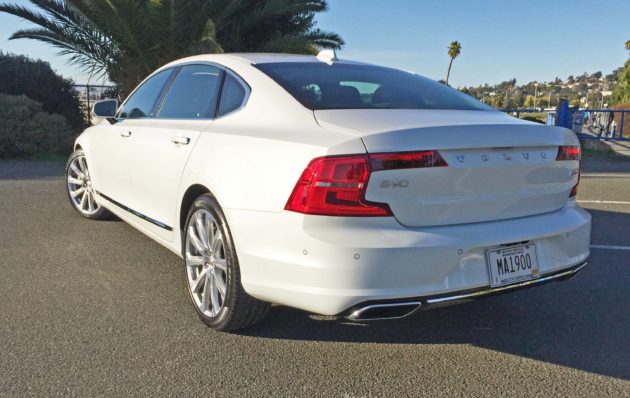 Volvo?s goal with the S90 is obviously to present a threat to its German competitors in terms of luxury and technological content. As far as performance attributes go, the S90 sedan is capable of cooking the asphalt with gusto, but for heightened thrill-seeking potential, a Polestar example would be a definite plus, while he T8 E-AWD Plug-in Hybrid should placate the conscience of the Eco-minded set. 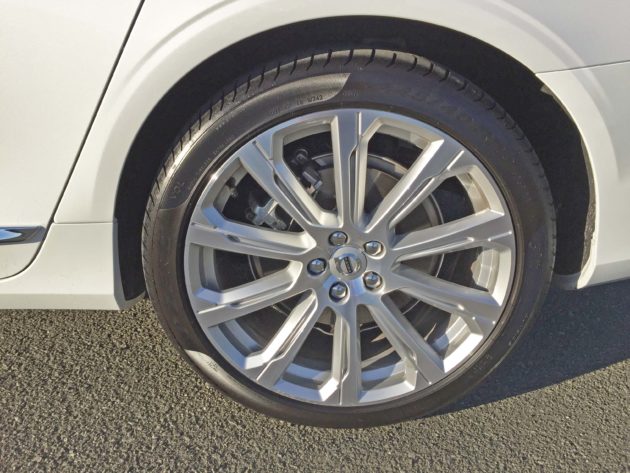 In the final analysis, this new 2018 Volvo S90 T8 E-AWD Inscription is certainly a worthy adversary for the comparative German set of luxury sedans, and at a cost that is in most cases considerably lower. It seats 5 adults comfortably and is a stellar example of Scandinavian design that draws several cues and inspiration from Volvo?s award-winning XC90 SUV. The interior execution provides sumptuous surroundings that blend harmoniously with the exterior. 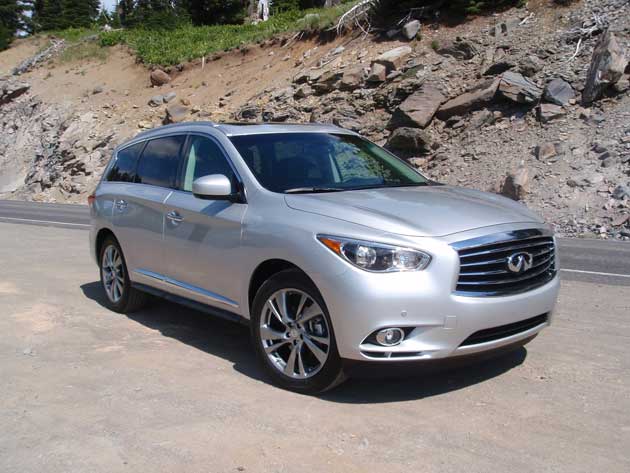