By Barbara & Bill Schaffer
Competing in a class of overachievers, like the latest Toyota Camry, Honda Accord, and Mazda6, the 2018 Volkswagen Passat is holding its own despite its age.
For 2018, Volkswagen is upping the ante by adding a new sportier V6 GT version to their existing fleet of six midsize Passat sedans. Along with the new GT model is a new version of their first-rate turbocharged four-cylinder engine and the addition of one of the best warranties in the business.

VW?s New 2.0-liter turbocharged four-cylinder
While some competitors have trimmed engine offerings and cut displacement, Volkswagen increased the size of their four-cylinder from 1.8- to 2.0-liters to power the front wheels through a six-speed automatic transmission. The new engine is rated at 174-hp which is four more horsepower than the previous engine, plus the torque has been increased by 23-lb.ft. to 184-lb.ft. The new four-cylinder has an EPA fuel economy rating of 25 mpg city, 36 mpg highway and 29 mpg combined ? which is 2 mpg better, across the board, than the 1.8-liter engine. We averaged 27.8 mpg during our testing. 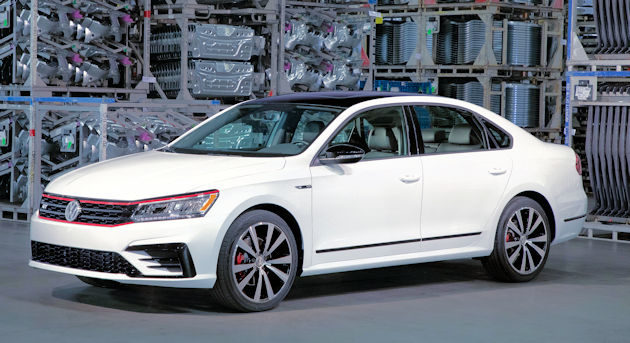 Two engine choices
Buff magazine testing showed the new engine was slightly quicker to 60 mph taking 7.8 seconds as compared to 8.0 seconds for the 1.8-liter engine. As a comparison, the 280-hp VR6 engine option uses VW?s quick shifting six-speed DSG automatic transmission with Tiptronic and steering wheel mounted paddle shifters. It makes the 0 to 60 mph run in only 5.9 seconds making it one of the quickest of the midsize V6 competitors. 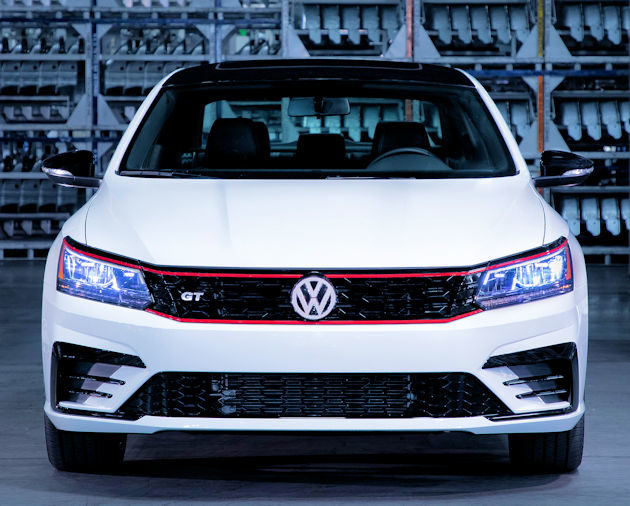 Seven trim levels including the new GT
Volkswagen is offering seven trim levels of the 2018 Passat: S, SE, SE with Technology, SEL Premium, R-Line, V6 GT and V6 SEL Premium. The base prices of these models range from $23,845 from the S to $35,500 for the V6 SEL Premium. Other than aftermarket-style accessories, the top price of the V6 SEL Premium is $35,545. A few option packages are available on some trim levels, but basically each model is predetermined with a set price and features. We like this type of pricing, so you don?t have to add $10,000 in extras to get the car you want. Unfortunately, Volkswagen no longer offers a diesel engine or 4Motion (all-wheel drive) on the Passat.

The new 2018 Passat GT has a unique front appearance, combining the R-Line bumpers and black grille with a red surround like the trim on the VW GTI. It has new 19-inch ?Tornado? aluminum-alloy wheels, sport-tuned suspension, red brake calipers, and blacked-out side window trim, spoiler and roof. It?s powered by the 280-hp VR6 engine. 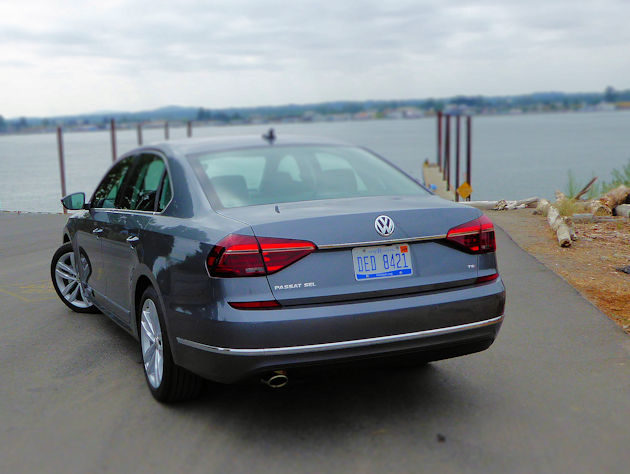 Safety technologies
The latest safety technologies and driver aids are an important consideration to most new car shoppers and Volkswagen has stayed up with the latest offerings. For example, the Driver?s Assistance Package which includes Forward Collision Warning and Autonomous Emergency Braking, Blind Spot Monitor with Rear Traffic Alert. Plus, upper level models now have standard Adaptive Cruise Control. 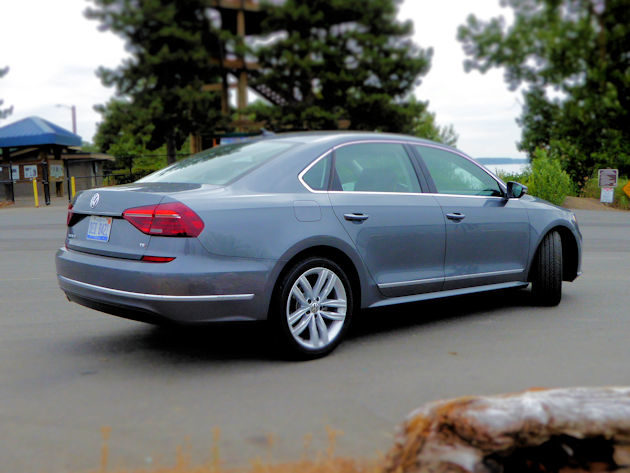 Parking aids
Passat also offers Park Assist on SEL Premium models. This system automatically steers the car into parallel and perpendicular parking spaces (the latter both forward and in reverse). After pressing the Park Assist button? once for parallel and twice for perpendicular?the driver needs to actively control the accelerator and brake and gear selection, as Park Assist automatically steers the vehicle into the parking space. 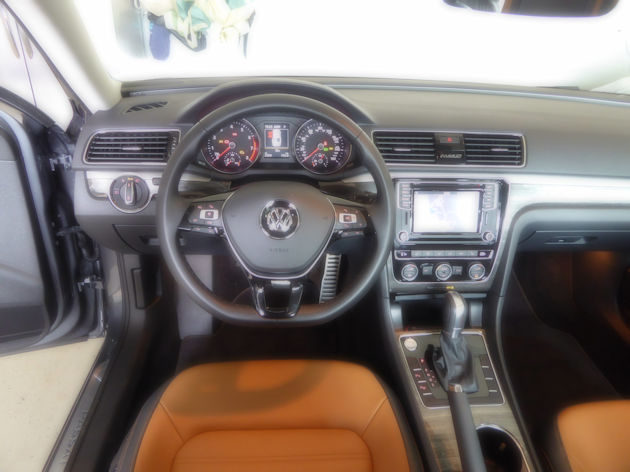 Infotainment and communications systems
The other important features are infotainment and communications systems. Volkswagen includes their MIB II Infotainment system as standard equipment on all Passats. This system is the basis for Volkswagen?s Car-Net system which connects the car in three key areas: ?App-Connect,? ?Security & Service,? and ?Guide & Inform.? Learn more about the Car-Net systems and many other Passat features at http://www.vw.com/models/passat/ . 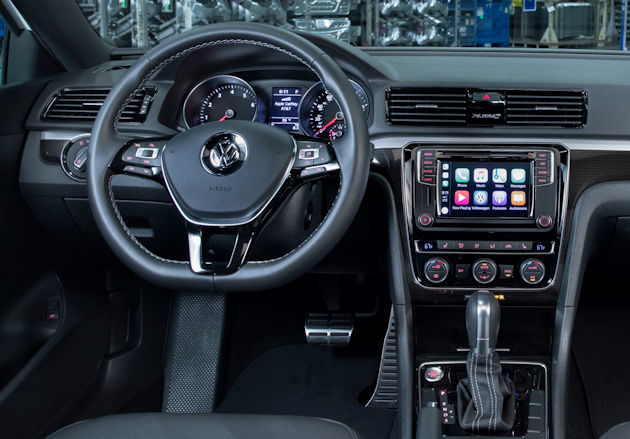 The New People First Warranty
One of the most important new additions to the entire Volkswagen lineup is the new six-year/72,000-mile People First Warranty which includes powertrain coverage for engines, transmissions and 4Motion? on those cars that have the all-wheel drive system available. All the elements of the People First Warranty can be transferred to subsequent owners for up to six years or 72,000 miles, whichever occurs first, from the date it was first sold new. 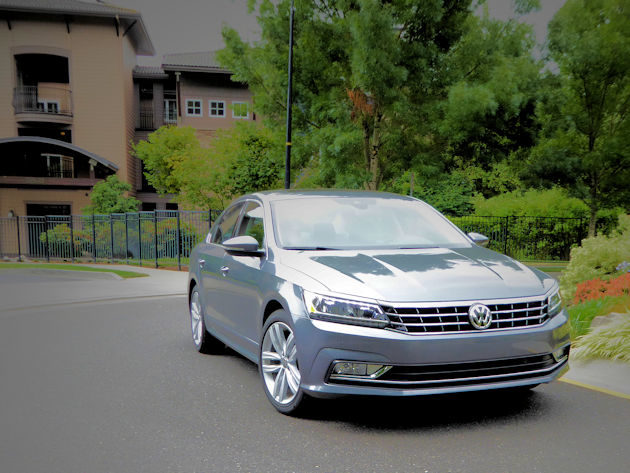 Good handling and quality ride
Passat Handling characteristics are about average in the group of midsize sedans. It does produce a quality ride and a quiet interior. There?s a bit of lean in the corners, but the Passat is well-balanced, and it has steering that goes where it?s pointed. The four-wheel disc brakes feel strong and makes quick stops. Overall, it?s an enjoyable car to drive maintaining the precision German feel we like. A buyer wanting more driving excitement should pay the extra $3,000 to get the extra performance of the VR6 engine.

Heritage and the future
The current Passat was first introduced in 2011, when Volkswagen redesigned the current model for the North American market. In 2012 it was named Motor Trend Car of the Year. Since the introduction, the Passat has received continuous upgrades and facelifts. As good as the design is, it?s due for a major change, especially if they want to keep pace with the competitors who have made dramatic styling changes the last few years. A major redesign is scheduled for 2020, and the early photos show dramatic changes. 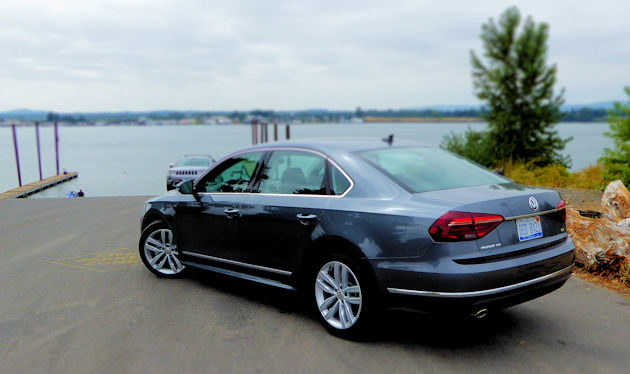 Built in Chattanooga, TN
Buying a car in the midsize category can be a daunting task especially when shopping in the midsize sedan category, which has one of the largest selections available. The Volkswagen Passat, which is built in Chattanooga, TN, offers shoppers a taste of German engineering but with the subtleties and features that American shoppers seem to appreciate. 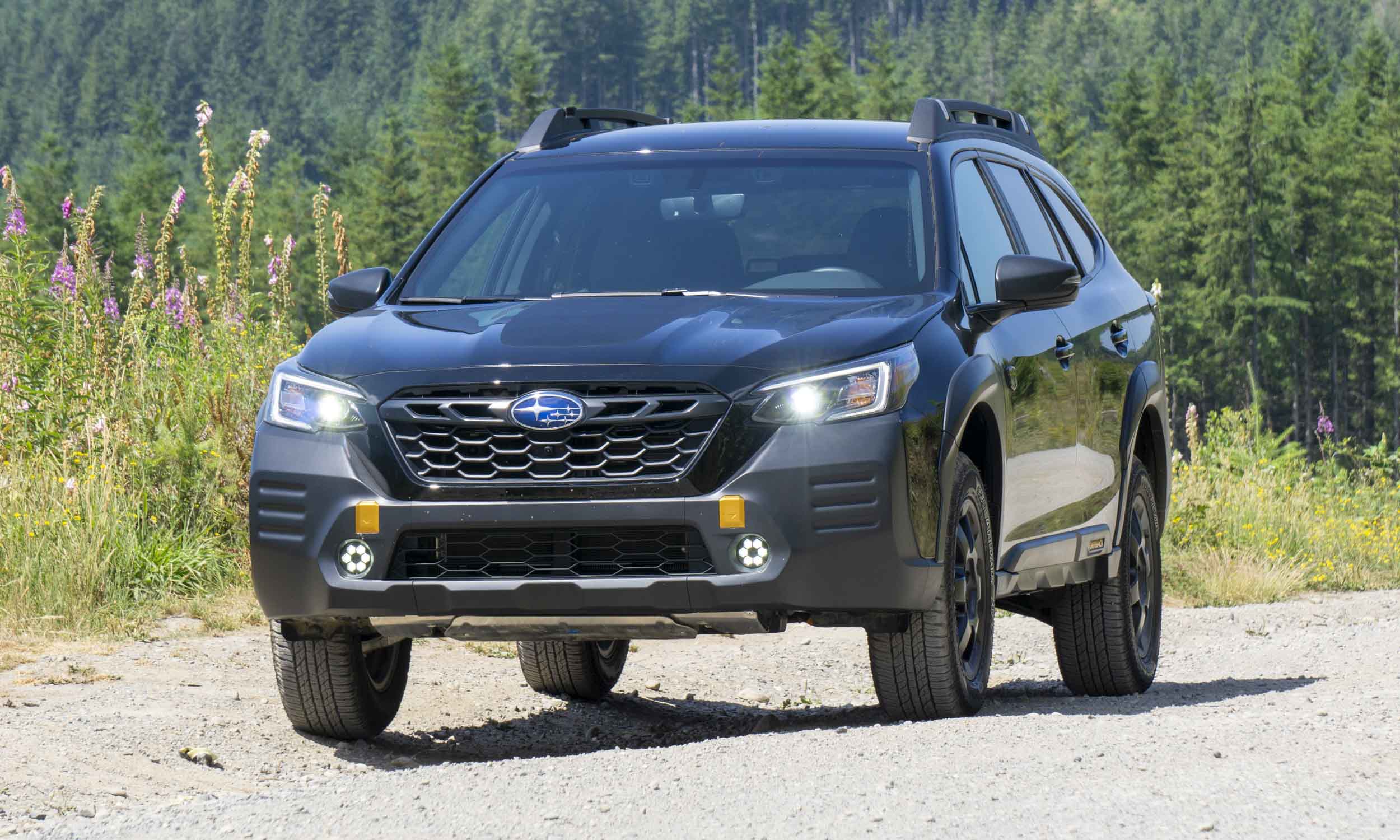