The Toyota Camry has been one of the best rated and bestselling midsize sedans for years, but it?s never had much appeal to us. It was nice, but it lacked excitement or bling?until this year.

As a company Toyota has been a relatively conservative car company, never straying from the norm or pushing the envelope too far, but always striving to build excellent cars. However, the last four or five years, the changes have become bolder and more revolutionary. We think, at least in part, Akio Toyoda, the grandson of Toyota founder Kiichiro Toyoda and the current CEO of Toyota, is the reason for much of the change. He loves cars, races cars and lives cars. The new Toyotas have been much more exciting. 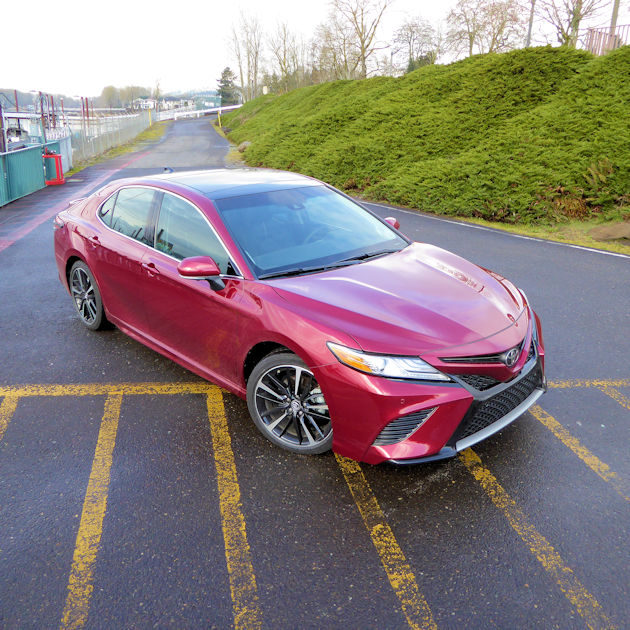 We think one of the best examples of this change is the 2018 Toyota Camry. It?s new from the ground up and is being built on Toyota New Global Architecture which is referred to as the GA-K platform. It?s a completely new strategy that will be used by engineers and designers to package future vehicles. The new platform won?t compromise the precision build quality or the legendary dependability. Rather the changes will provide the driver with a new level of confidence, driving enjoyment and from a design prospective, it?s going to be a car that will likely put a smile on the faces of owners every time they see it. 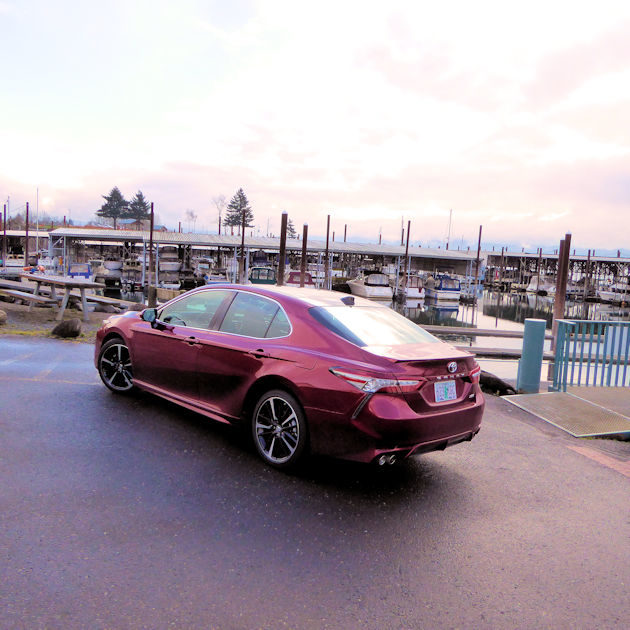 It has low athletic lines, wide stance, and emotionally-style cabin profile. The new adaption of the Toyota Family grille is striking with its large air intakes and bold grille patterns. It?s a new sporty look which has moved well beyond the less than exciting elements of past designs. 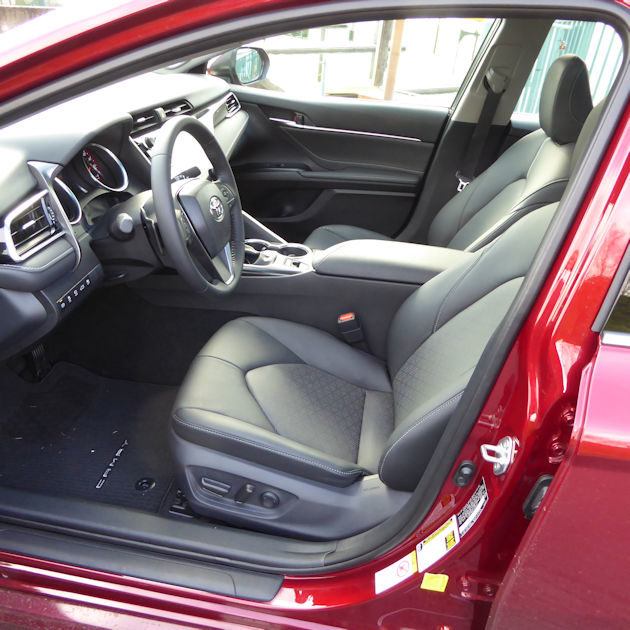 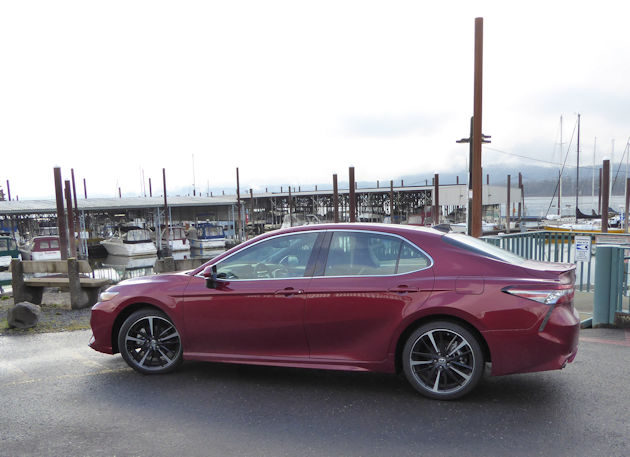 We recently drove the new XSE trim level for a week. The sportier SE and XSE grades wear a noticeably different body style than the entry level L and LE, and premium XLE grades, highlighted by a sculpted rocker panel, new 19-inch black machined-finish alloy wheels (standard on XSE and optional on SE) a subtle rear spoiler lip, aggressive front bumper, and rear bumper with a lower diffuser. The face is much more distinctive with large side intakes flanking the lower bumper?s unique ?Catamaran-inspired? accents, a high and slim upper intake encompassing the central Toyota badge, and a powerfully expressive gloss black mesh grille. A unique rear bumper with distinctive corner lines and smoke-tinted rear combination lamps highlight the changes at the rear. 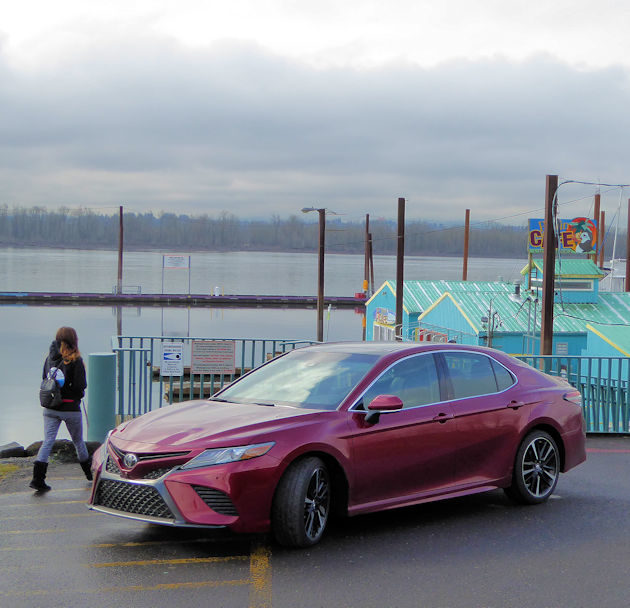 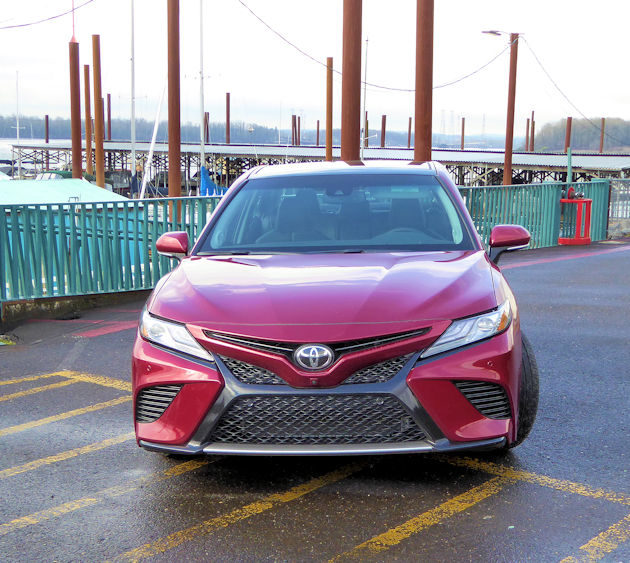 Three all-new drivetrains each tuck nicely under the aluminum hood: a 203-hp 2.5-liter four-cylinder, a 301-hp V6 and a 208-hp hybrid (gas and electric).
The standard naturally aspirated four-cylinder 2.5-liter four-cylinder engine will be the choice of most Camry buyers. The engine is smooth, powerful, and very economical, boasting an EPA rating of 29 mpg city, 41 mpg highway and 34 mpg combined. Buff magazine testing has the four-cylinder making a 0 to 60 mph acceleration run in 7.8 seconds. 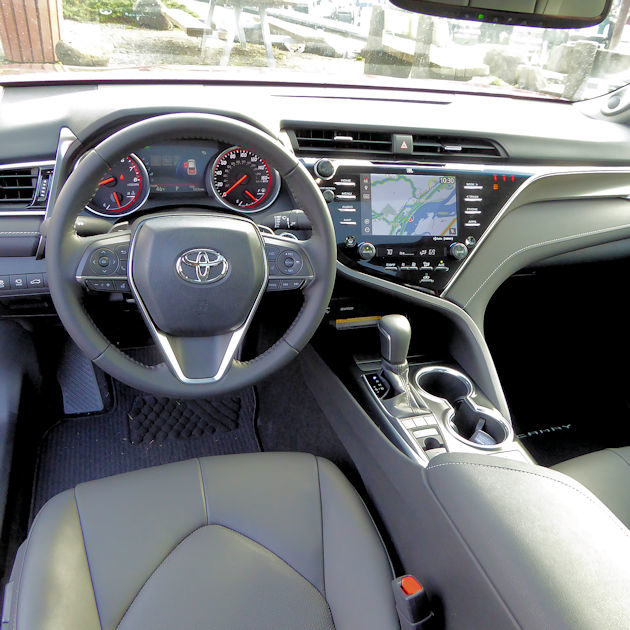 While many of the popular mid-size sedans have dropped V6 options in favor of turbocharged four-cylinder engines, Toyota is offering a new 3.5-liter direct injection V6. It has an EPA fuel economy rating of 22/33/26-mpg, and a 0 to 60 mph acceleration time of only 5.5 seconds. We averaged 26.7 mpg during a week of mixed driving conditions. 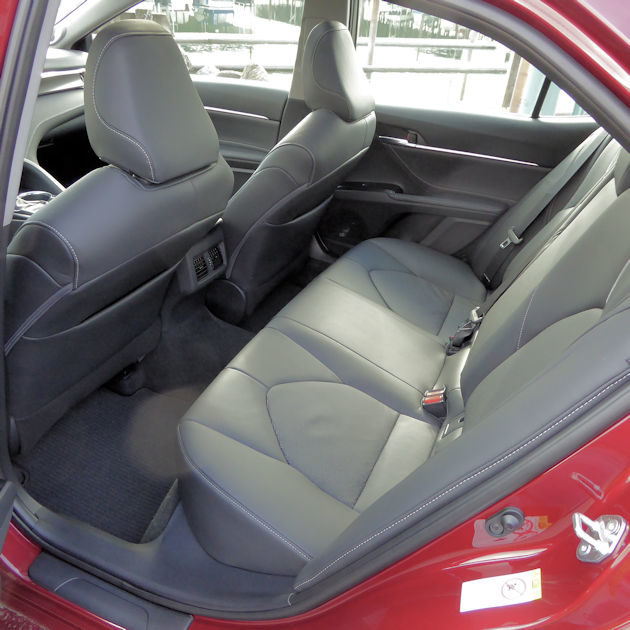 Both engines are paired with Toyota?s new Direct Shift eight-speed automatic transmission which helps improve economy, performance, and smoothness. The transmission shifts quickly and features a new control logic system which produces seamless downshifts. The transmission has a sequential shift mode, and the V6 comes with paddle shifters. 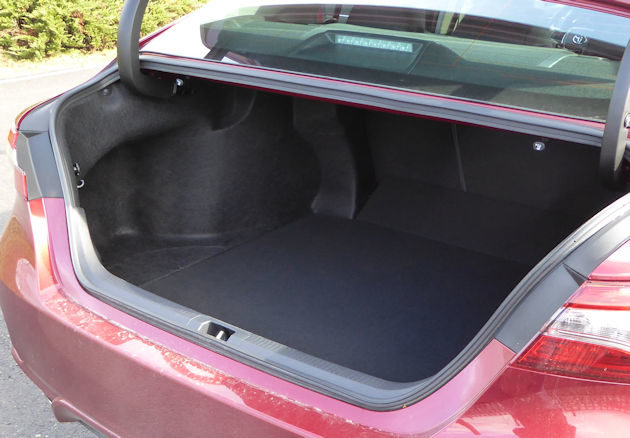 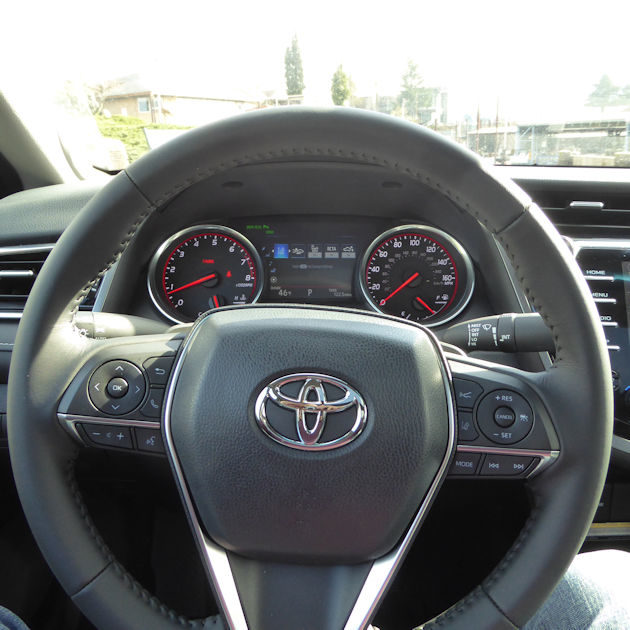 Driving the 2018 Toyota Camry XSE gave us a whole new perspective of this popular model. We think it?s about to become even more popular. 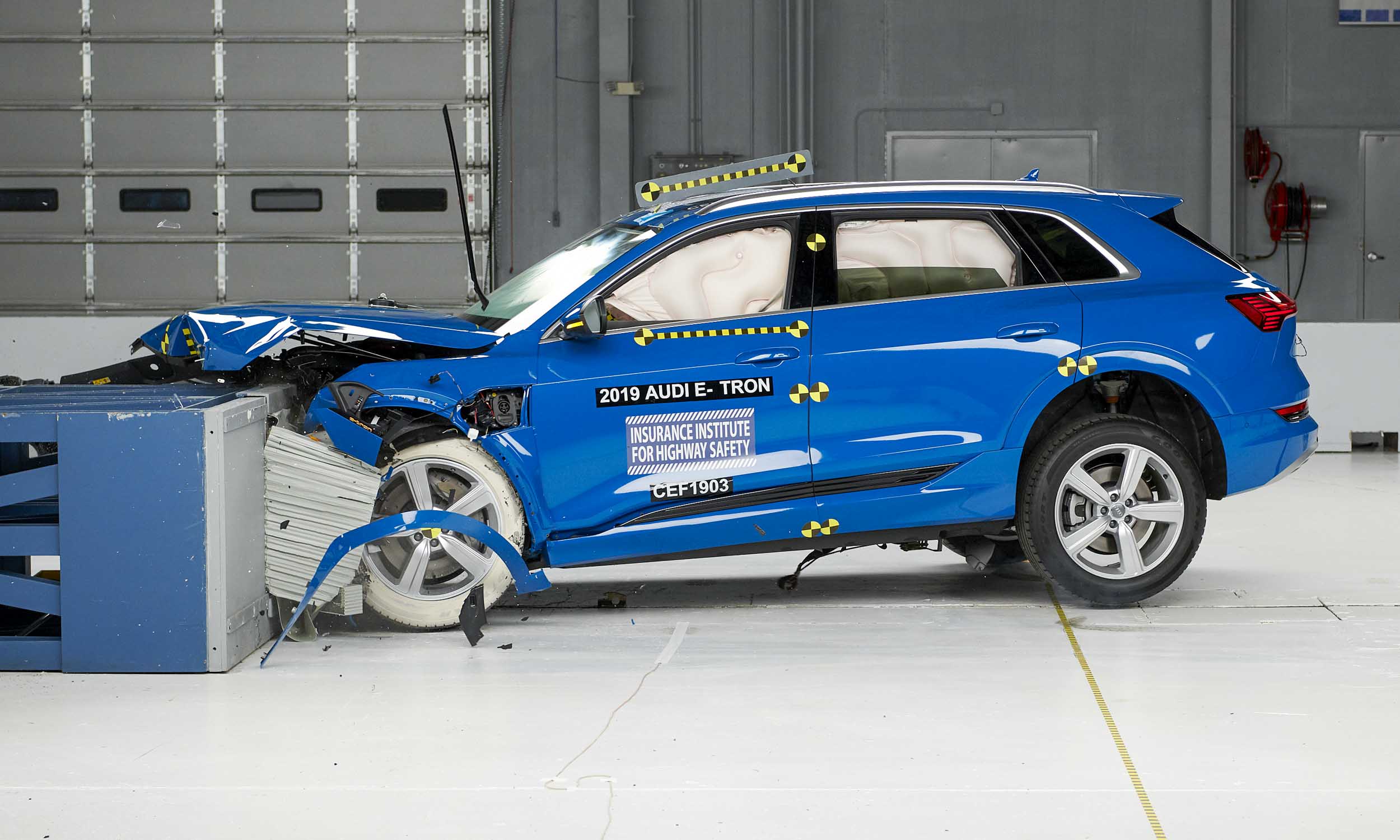