A few weeks ago, we reviewed the latest generation Toyota Camry. It has been one of the best rated and bestselling midsize sedans for years, but the latest iteration has taken it in a new direction. For the first time, at least in our minds, the Camry has dropped its somewhat dowdy persona and morphed into an attractive sporty sedan. It has low athletic lines, wide stance, and emotionally-styled cabin profile. The new adaption of the Toyota Family grille is striking with its large air intakes and bold grille patterns. It?s a fresh look which has moved well beyond the less than exciting elements of past designs. 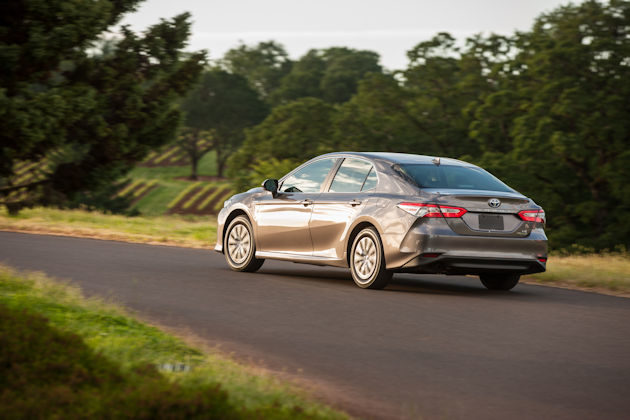 The Camry is also built on an advanced platform and built from the ground up using a new Global Architecture that will be used by engineers and designers to package future vehicles. The new platform won?t compromise the precision build quality or the legendary dependability. Rather the changes will provide the driver with a new level of confidence, driving enjoyment and from a design prospective, it?s going to be a car that will likely put a smile on the faces of owners every time they drive it. 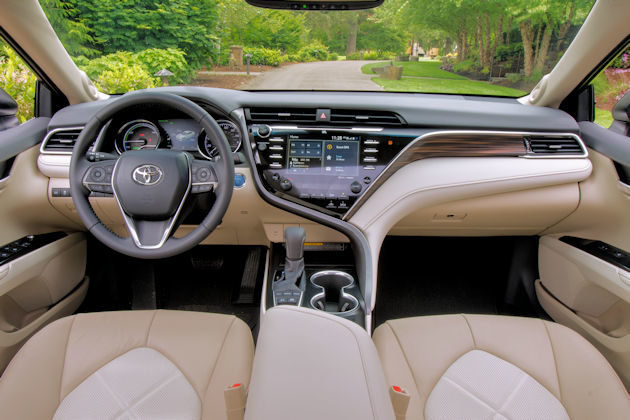 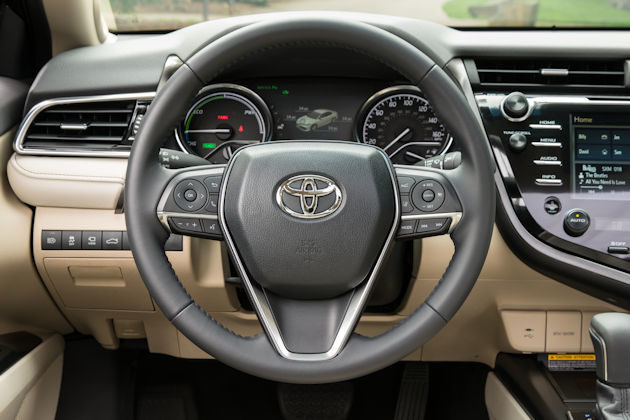 Last week drove we the XLE Hybrid version of the Camry, going from Seattle to the Portland area and then back. The return trip to Seattle was especially insightful because there were four adults with luggage and other items for a four-day cruise. In many hybrids, the cargo area is trimmed to make space for the larger battery, but Toyota engineers have moved the 1.6-kWh Nickle-Metal Hydride battery from under the trunk to under the rear passenger seat, leaving the full 15.1 cubic feet of cargo space for ? cargo. To our surprise, all our things fit nicely, and the rear seat back even has a pass-through to carry longer cargo like flag poles or skis ? neither of which we had on this trip. 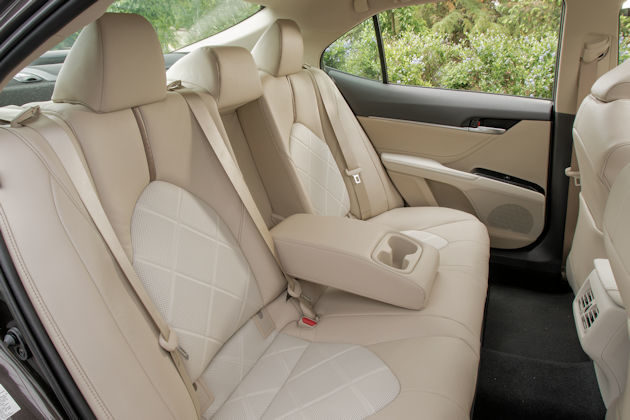 The Hybrid battery recharges automatically during normal driving by a regenerative braking system that uses the electric motor as a generator during braking and coasting. 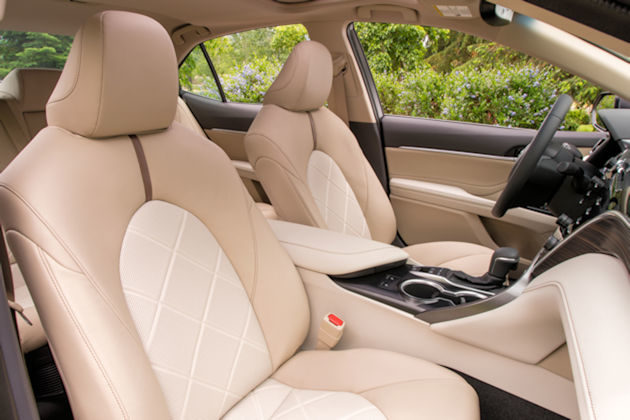 The second surprise was the fuel economy. We drove two or three miles per hour over the posted speed limits, which were normally 60 to 70 mph and the trip computer showed that we averaged 46.1 mpg. That?s with a full load of passengers and luggage. We thought that was amazing. Plus, the Camry has good acceleration making the 0 to 60 mph run in 7.9 seconds, according to buff magazines tests. 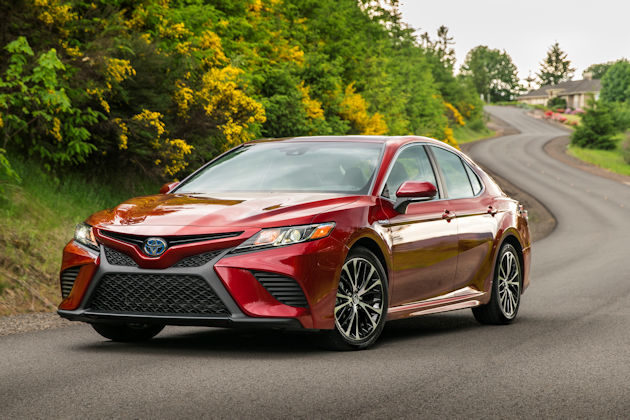 The Camry Hybrid is powered by a 176-hp 2.5-liter DOHC four-cylinder engine with dual injection and a dual variable valve system. The gasoline engine is assisted by a 118-hp electric motor and the pair drives the front wheels through an electronically controlled CVT (Continuously Variable Transmission). The driver can select between four modes: EV (electric only) ECO, Normal and Sport. Each mode is designed to maximize the hybrid system to fit the profile of the mode, whether it be better economy or sportier driving. The transmission also has a sequential shift mode which allows the driver to shift manually to take advantage of engine braking or to hold the transmission to a lower gear for better control under certain conditions.

The combined hybrid system is rated at 208 hp. The EPA rates the Camry Hybrid XLE at 44 mpg city, 47 mpg highway and 46 mpg combined. 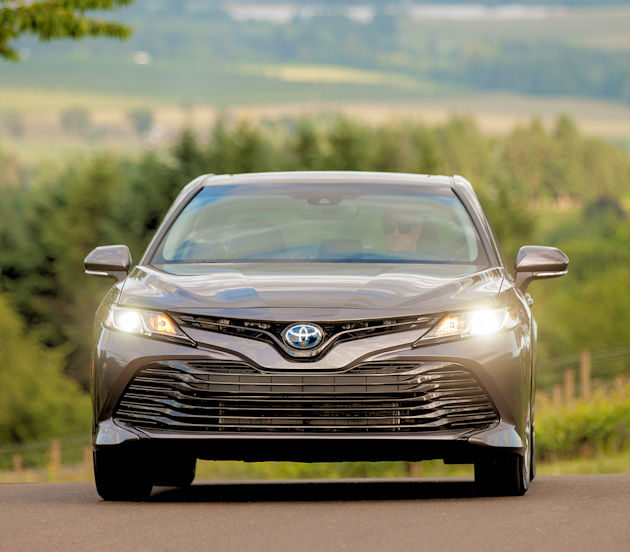 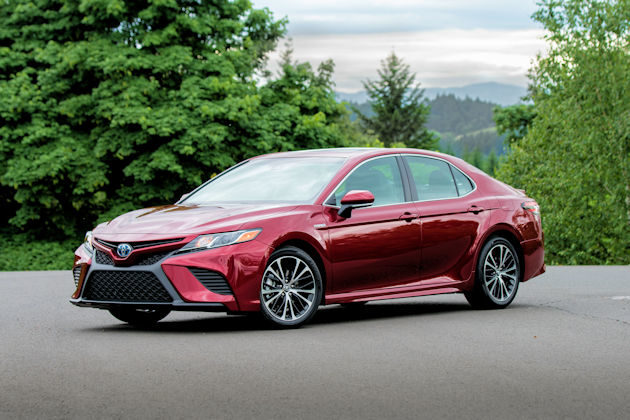 We liked the way the Camry Hybrid handled. It has little sway in corners and stays stable during highway undulations. It was also relatively quiet, but we did notice significant road noise, which is typical on our local highways which tend to have rougher surfaces.

Toyota does Hybrid right. And the Camry is an excellent example. 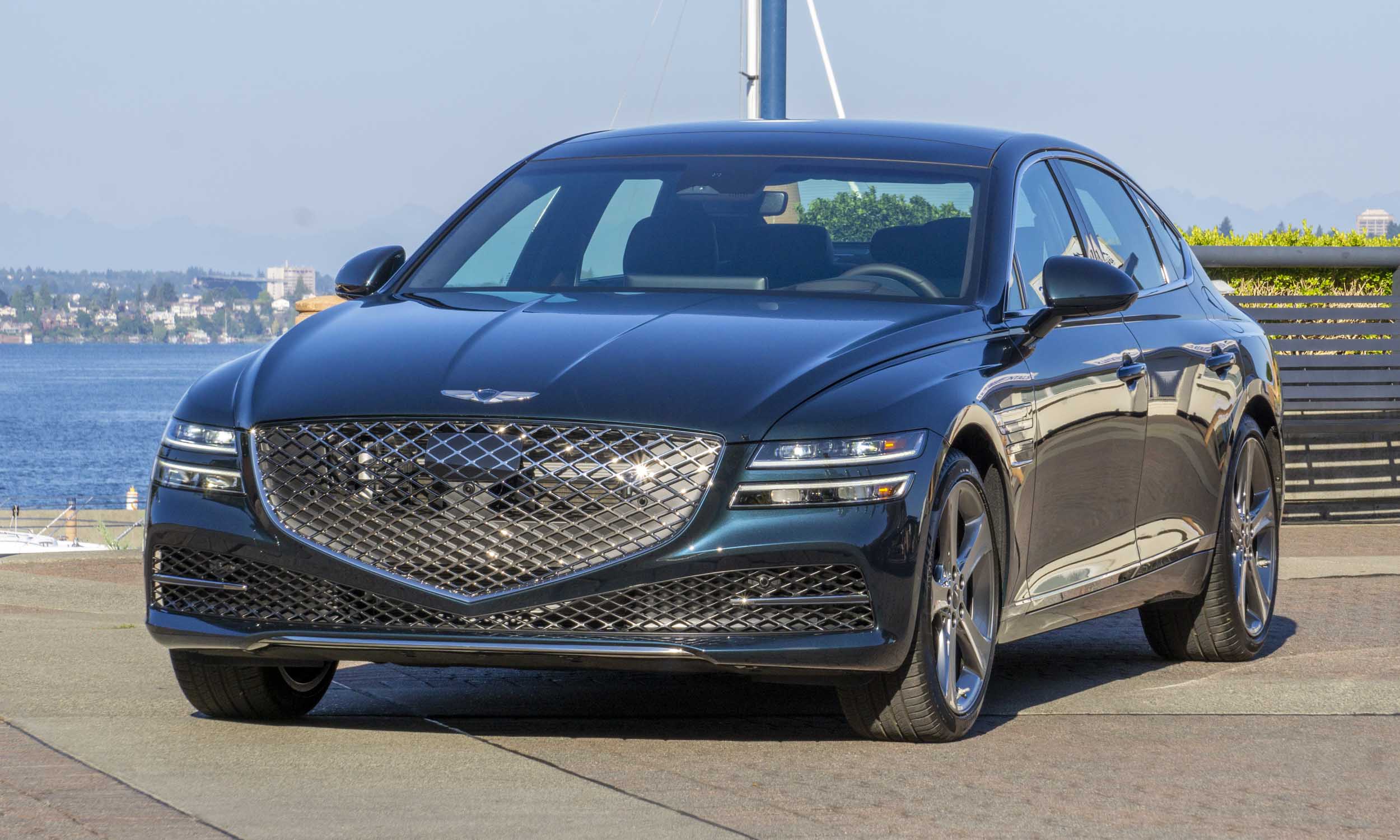