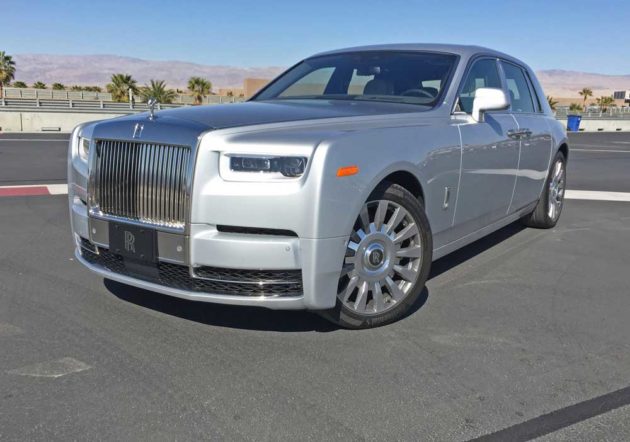 Some automobile marques are legendary and are to be revered as perhaps the pinnacle of the luxury automotive kingdom. Rolls-Royce is definitely such a marque, and has been since its very beginning in 1904 when Charles Stewart Rolls and Sir Henry Royce formed their alliance and founded the Rolls-Royce company, whose philosophy was to ?Take the best that exists and make it better: when it does not exist, design it?. That statement by Sir Henry Royce remains the driving force of the Goodwood based company today, now known as Rolls-Royce Motorcars. The company has long been noted for its pioneering spirit in the development of vehicles and craft, defining the company during the early 20th century through adventures on land, sea and in the air, leading to three consecutive world speed records. Enter the 2018 Rolls-Royce Phantom 4-door, 5-passenger luxury sedan.

Rolls-Royce Motorcars more often than not have been thought of as boxy, somewhat stodgy vehicles suitable only for extremely wealthy, mature individuals, to be chauffer driven in most cases, and not particularly noted for their performance capability. The new 8th generation Rolls-Royce Phantom is sure to favorably change the course of the British automaker in terms of its popularity, particularly with a much younger, although still wealthy and performance oriented audience. 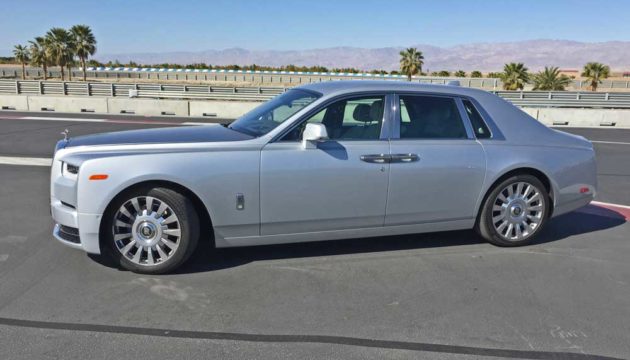 The 2018 Roll-Royce Phantom is an expression of effortless grace and beauty, available on either a standard or Long Wheelbase version. Both play host to the legendary ?Spirit of Ecstasy? or flying lady, radiator mounted mascot created to date. It certainly elevates the 102-year old ?Spirit of Ecstasy? to lofty new heights. Exterior styling has evolved to a softer, more cotemporary and less ?edgy? form, while amplifying visual appeal. 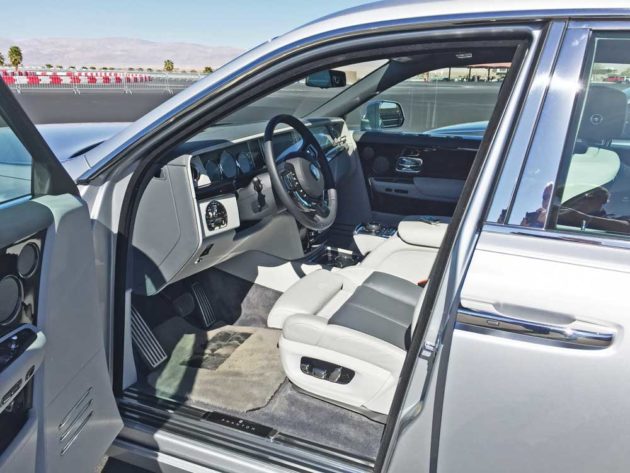 The cabin reflects the pinnacle of ultimate luxuriousness with unique features such as a button-operated rising front cockpit floor. Also button operated are: the deployment of the front seatback picnic table and video entertainment screen; door closure; and the Gallery customizable dash panel. 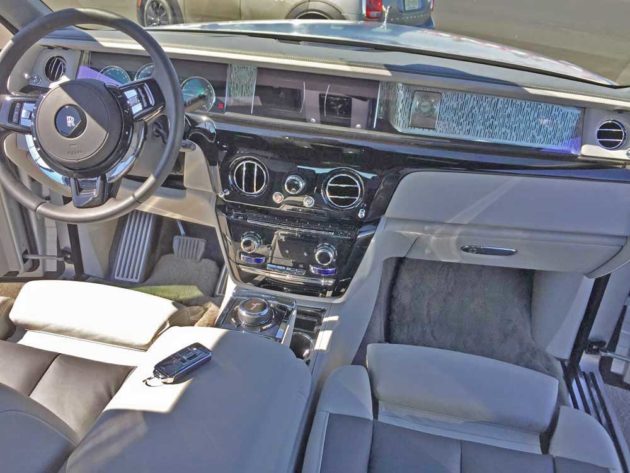 The Phantom?s motive force is supplied by a 6.75-liter, DOHC, 48-valve, Twin Turbocharged V-12 with Direct Injection that delivers 563 horsepower at 5,000 rpm, while generating 664 pound feet of torque at 1,700 rpm. The engine is positioned forward in a longitudinal orientation, and is married to an innovative satellite aided, shiftable eight-speed automatic transmission that meters power to the rear wheels. The Satellite Aided Transmission uses GPS data to see beyond what the driver sees, anticipating the next move based on location and current driving style, then selecting the most appropriate gear for the terrain ahead. Corners, motorway junctions and roundabouts are all anticipated in advance, allowing the Wraith to be constantly poised to deliver optimum performance. 0-60 mph is reached in 5.1 seconds, with a top speed capability of 155 mph ? not bad for a vehicle weighing in at nearly three tons. 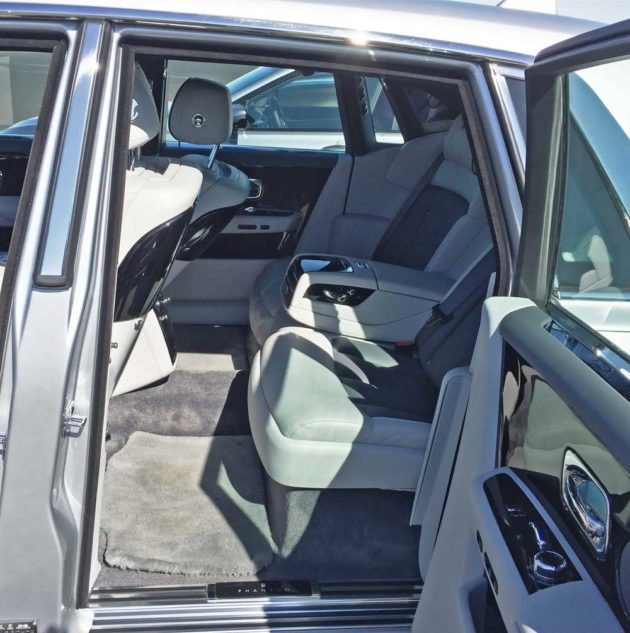 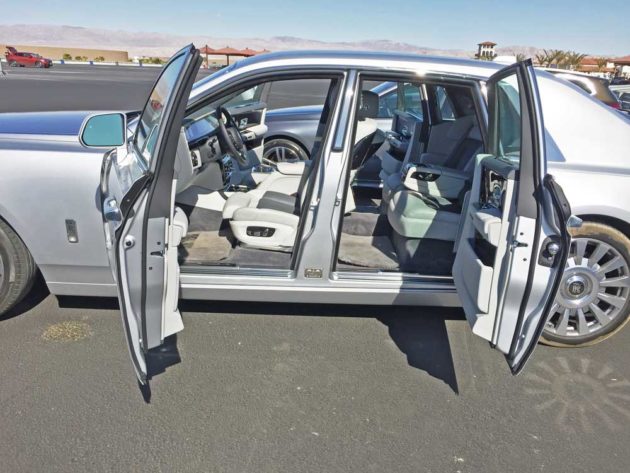 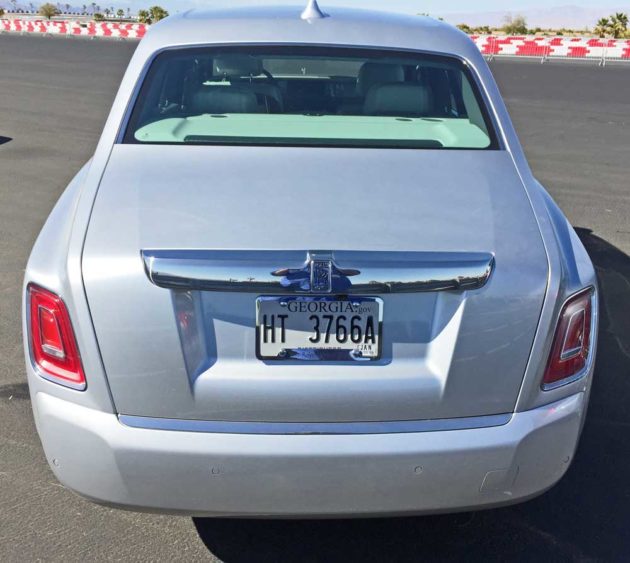 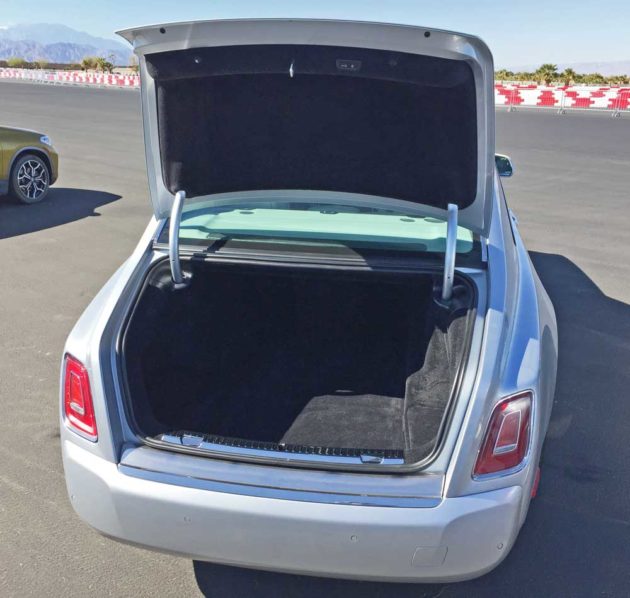 The 2018 Rolls-Royce Phantom, in addition to being stunningly elegant, also happens to be the epitome of luxurious motoring blended with impressive performance attributes. Despite its surprising acceleration and agile handling in spirited driving scenarios, the Phantom is every bit a Rolls-Royce, reflecting the marque?s noted legendary opulence, and it is also entirely at home cruising about at modest speed. The ride quality is superb ? comfortable, planted and stable thanks to the air suspension. 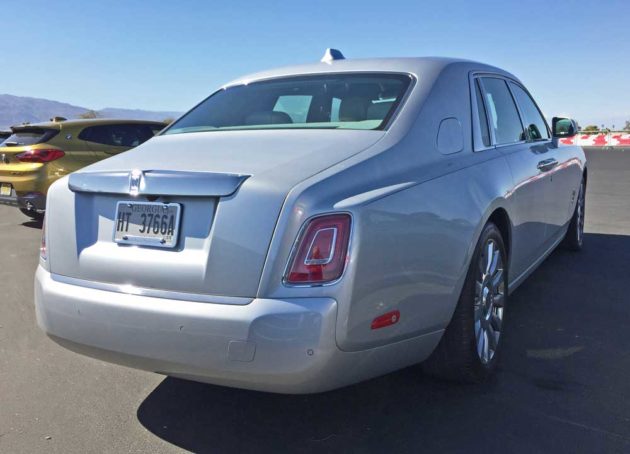 Upon entry, the Phantom feels huge and heavy, and rightly so, because it is, but it belies that initial impression, because it handles with a deftness and smoothness not expected. In fact, I continually found myself exceeding the posted speed limit with 75 mph seeming more like 45 mph. The Phantom wants to run with the wind, but it also halts with aplomb. Keep in mind, that it is not a sports car, but rather an exquisitely luxurious motorcar that truly takes Rolls-Royce to a higher level in terms of style and drivability.

Connectivity is available through the Spirit of Ecstasy Rotary Controller which is located on the center console which runs from front to rear and takes the place of a touchscreen, much like parent company BMW?s iDrive rotary control.

The Phantom is built entirely by hand, as is the case with all Rolls-Royce vehicles. Craftsmanship and attention to detail are paramount, as evidenced by superlative touches such as umbrellas stowed in the leading edge of the extra wide door opening and the wheel center caps that are self-righting, always leaving the RR logo upright.

The Phantom lends itself beautifully to a two-tone exterior paint treatment, but is equally appealing to many in a monotone color application. The company?s goal is to deliver within 6 months of order, but that can vary depending upon the level of Bespoke features. Bespoke, by the way is the operative word for attaining virtually any treatment to personalize one?s Rolls-Royce Phantom from exterior paint color to interior materials and custom ordered accessories. 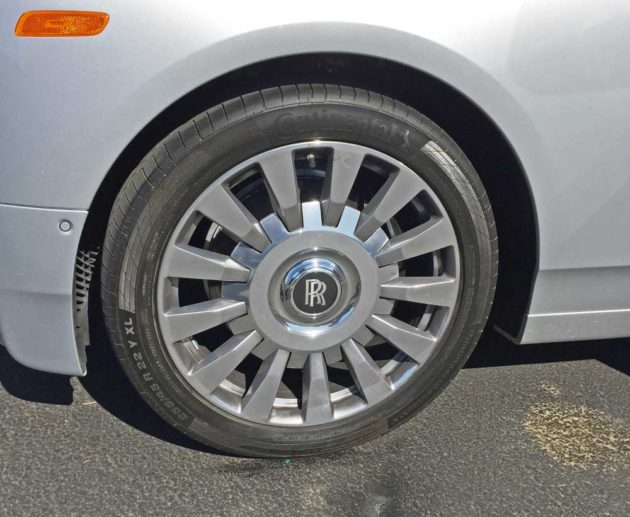 Bottom line, the 2018 Roll-Royce Phantom sedan in either wheelbase makes a definitive statement as to one?s status on the ladder of success. If you can afford it, you will be the owner of one of the most luxurious sedan on the world. 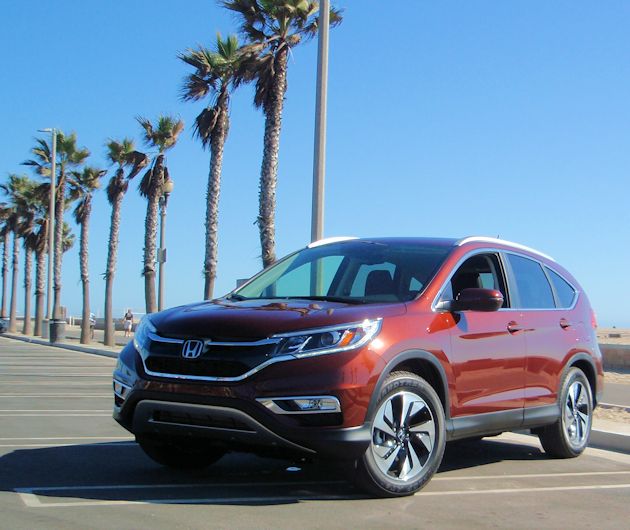 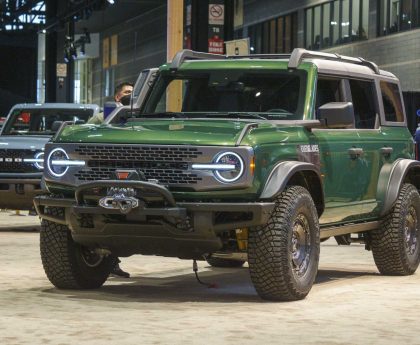