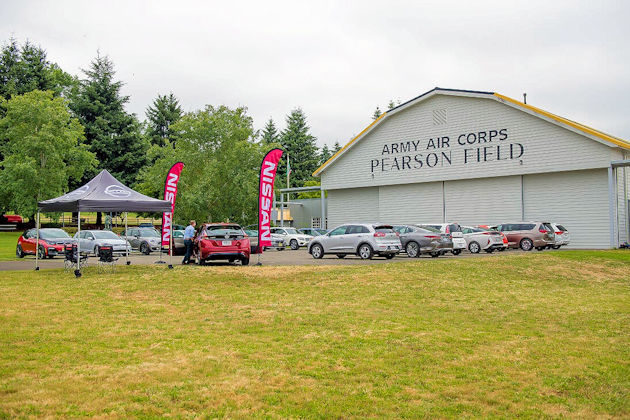 Below are our notes on the each of the vehicles we drove during the June 21st competition listed by category. To simplify reading, we have broken event into four stories, each representing one of the four categories. 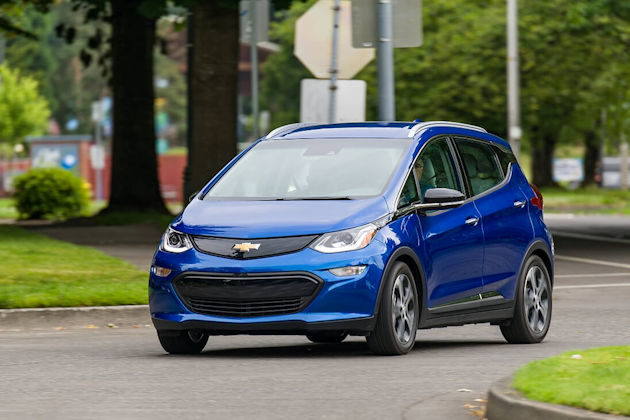 Chevrolet?s all-electric five-door hatchback was one of our favorites during the event. It has a strong distinctive design, inside and out, that looks contemporary without looking weird. Bolt is fun to drive and has excellent acceleration and agile handling. Buff magazines list a quick 6.3 second 0 to 60 mph acceleration time. The EPA says fuel economy is 128 MPGe city and 110 MPGe. The biggie is the estimated 238 miles range ? that takes a big bite out of driver?s range anxiety. The Bolt has a base price of $38,370 including the destination charge. The event car was the upper (of two) level Premier model which had a loaded price of $43,905. A big plus is it may qualify for the $7,500 federal tax credit and possibly others. 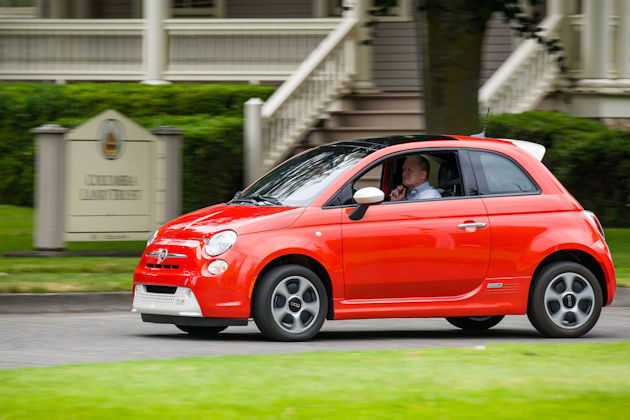 Fiat 500e
The smallest car at the Drive Revolution program was the Fiat 500e. This well equipped 2017 holdover would make a great car for urban dwellers. The small size is easy to park and maneuver while getting an estimated 86 miles per charge. Unfortunately, you have live in California or Oregon to buy the 500e. Like most small cars it?s fun to drive, but a bit snug inside. Zero to 60 mpg takes 8.4 seconds. The EPA rates the 500e at 121 MPGe city and 103 MPGe highway. With a base price of $33,990, and the potential federal tax credit, the Fiat 500e was the lowest price all-electric car at the event. 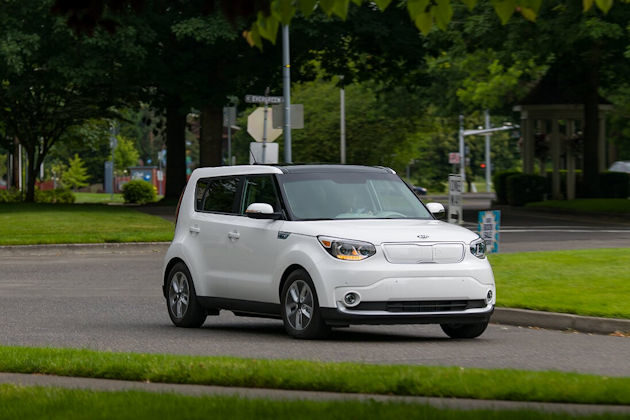 Kia Soul EV
We have a soft spot in our hearts for the Kia Soul because it was the first electric vehicle we used to push our comfort level, and thus was the first electric we charged publicly. We were fortunate to run into an electric car owner who showed us the ropes of public charging. Beyond that, we enjoyed the ease-of-use, performance and its agility and adaptivity. We still do, but the Soul is due for some upgrading to keep up with all the competition. With a 108-mile range Soul EV had the shortest range in the group (although not by much). The EPA estimates the MPGe at 124 highway and 93 city. The Kia is available in two trims, EV and EV+ which have base prices of $34,845 and $36,845 respectively. With the only available package, the Soul EV+ price tops out just over $38,000. Of course, the tax credit would drop that price dramatically. 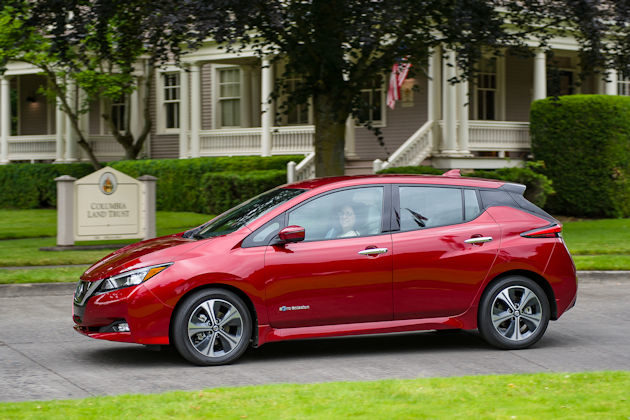 Nissan Leaf
The Nissan Leaf was the first mass production and mass marketed electric vehicle sold. Since going on sale in 2010 there have been more than 300,000 sold worldwide and about 140,000 of those in the United States. The Leaf is impressive, but much more so now that it has a larger battery and a 151-mile range. That makes it the second best in the test group and sets a nice range for commuters. Even the 50-mile-a-day commuters have a comfortable reserve with the new Leaf. The new Leaf has greatly improved looks, in our mind, after getting rid of the bugeye front lights of the original. This one has nice lines and an attractive interior. The 0 to 60 mph time is a respectable 7.5 seconds, so there?s no struggle to get up to freeway speeds or pass a truck on two-lane roads. The EPA numbers are 125/100 MPGe. The S and SV trim levels are priced at $31,760 and $37,085 respectively. With all the options, our event car was priced at $38,510. 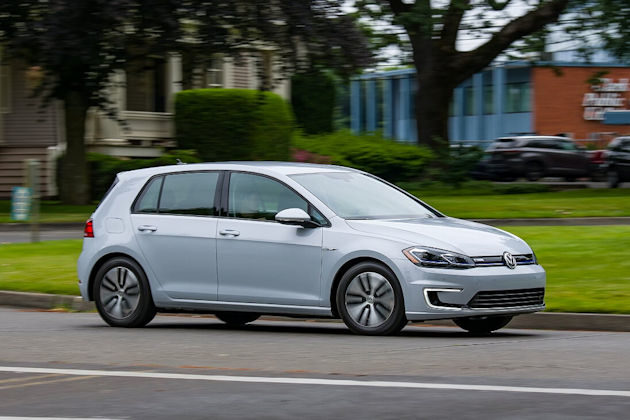 Volkswagen e-Golf
The Volkswagen eGolf is one of the most incognito electric cars in the business. Unless you look at the badging and some of the instrumentation and controls it?s nearly identical to the gasoline-powered Golf. Even the plug-in receptacle is in the gasoline door. The eGolf acceleration is slightly slower, but a reasonable at 7.7 seconds for the 0 to 60 mph sprint. The eGolf follows in the tradition of the gas Golf. It?s fun to drive, although it feels heavier ? 450 pounds of battery will do that. Although the low-mounted extra weight gives it a more solid planted feel. The 125-mile battery range was average for the event electrics, as is the EPA estimate of 126/111 MPGe. Only available as a 2017 model, the Volkswagen eGolf comes in two trim levels: the SE at $31,345 and the SEL at $37,845, but like the others with a nice fat tax credit. 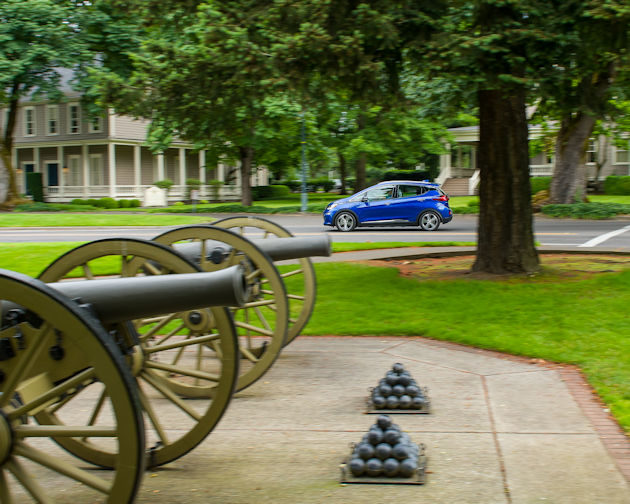 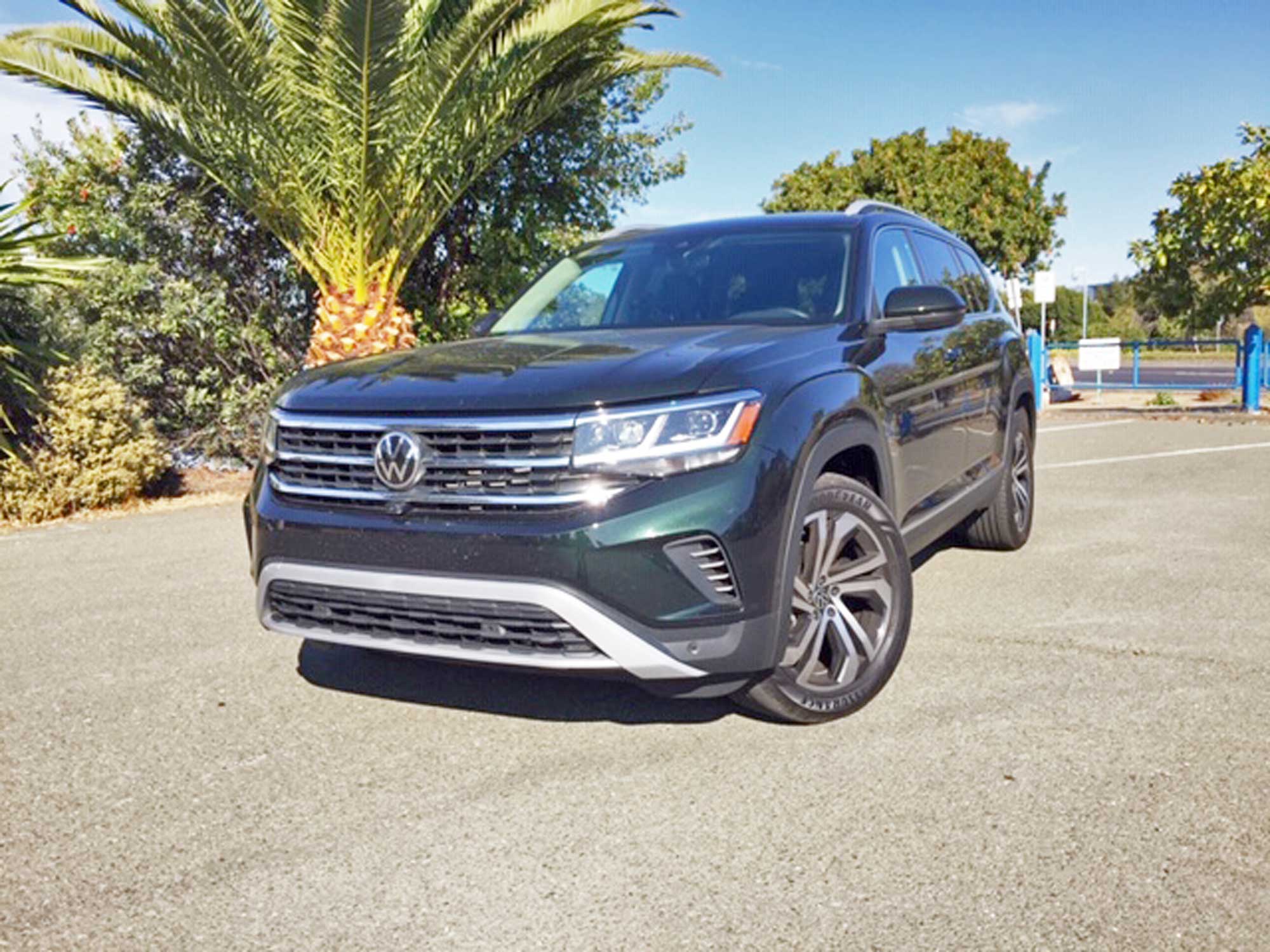