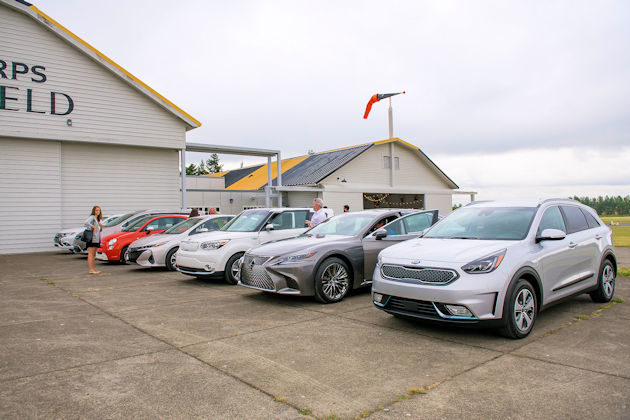 Below are our notes on Family-size Plug-in Hybrids. 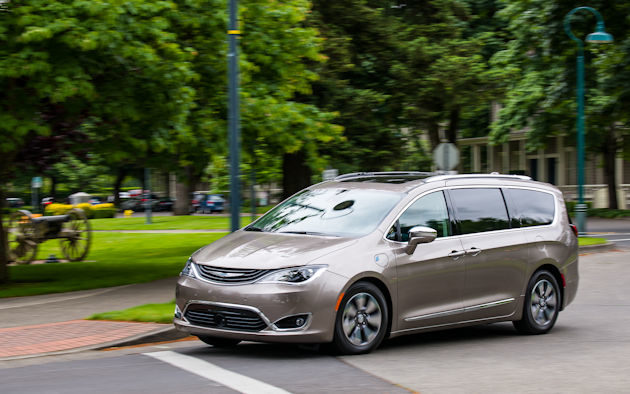 The 2018 Chrysler Pacifica was the big winner at the 2018 Drive Revolution winning the overall event top award and for Family-Size Plug-In. We thought it was the clear winner. When we got in and started down the street it impressed us with its brisk acceleration (0 to 60 mph in 7.5 seconds, according to buff magazine tests), smooth ride, quiet well-designed interior and roominess. It might be a minivan, and still looks and acts the part but it is so refined.

EPA numbers list an 84 mpg MPGe and 32 MPG using only gasoline only. The all-electric range is the best of the category at 33 miles. When you stack that up along with the ride comfort, 32.3 cubic feet cargo space (with all the seat backs in place up) and as much at 165 cubic feet with the two rear rows folded. We?re surprised everyone doesn?t want one of these. 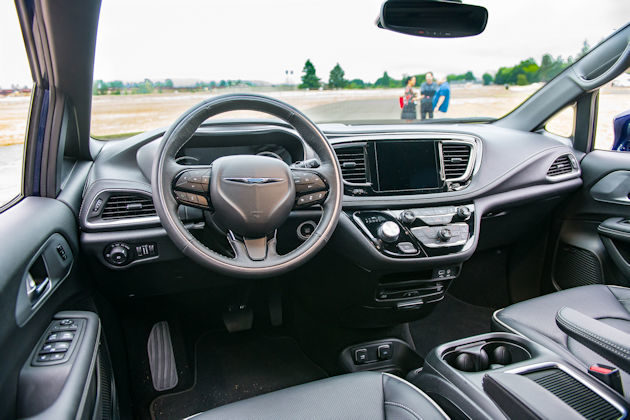 The Pacifica Hybrid is powered by a 3.6-liter Atkinson Cycle V-6 along with two motors pulling power from the 16-kWh Lithium-Ion battery pack mounted under the floor. The downside is owners have to give up the cool Stow ?n Go? storage normally under the second-row floor. Pricing ranges from $41,090 to $46,090 for well equipped base models. The top model, Limited, can go as high as $50,000 with all the options. However, it does qualify for Federal Tax Credits. 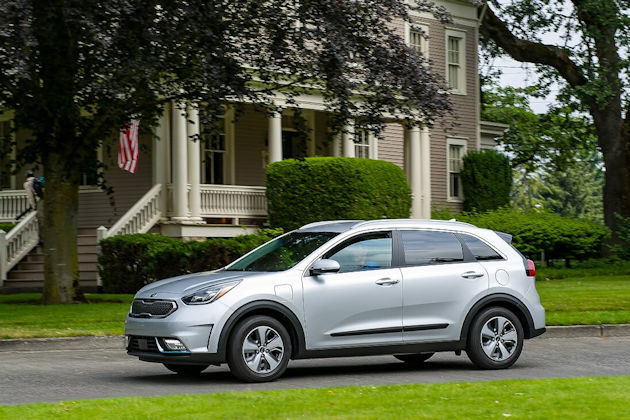 The was our first chance to drive Kia?s new Niro small SUV (or crossover) and we think it?s a winner. It has four doors and a hatchback and is about the same size as the Honda HRV small SUV. The stylish exterior has a tight, trim look and includes Kia family attributes. The inside is functional, with user friendly controls along with the latest technologies available like Smart Cruise Control, Blind Spot Detection, Lane Keep Assist, Navigation, Cross Traffic Alert plus many more features.
The Niro Plug-In is powered a 104-hp DOHC Direct Injection four-cylinder engine mated with a 60-hp electric motor with a Lithium-Ion Polymer battery. The pair drives the front wheels through a six-speed double clutch transmission. Buff magazines list a 9.0 second 0 to 60 mph time and EPA estimates 105 MPGe fuel economy using both the engine and the motor. With the gasoline engine alone, it is rated at 46 MPG. Kia is making a strong impression on owners earning 1st Place in 2017 and 2nd Place in 2018 of the J.D. Power U.S. Initial Quality Study, and this one made a favorable impression on us. The Kia Niro Plug-In is available in three trim levels which have base prices from $28,840 to $35,440. The only options are aftermarket accessories. With the Federal Tax Credit, the Niro looks like the best bargain of this grouping. 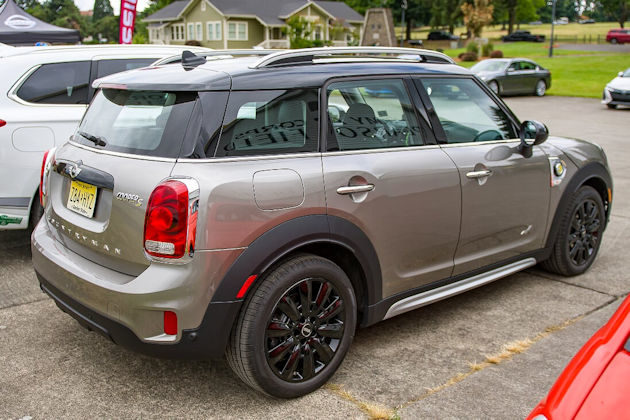 This Mini Cooper has a ton of features starting with a 134-hp turbocharged three-cylinder engine, 87-hp electric motor, six-speed automatic transmission, and all-wheel drive. Combined horsepower is 221 propelling it from 0 to 60 mph in a brisk 5.8 seconds. All that makes it a typically fun-to-drive Mini Cooper. We thought it felt a bit heavy and not quite as agile as the non-hybrids models we?ve driven, but it?s still fun. As a plug-in hybrid we expected it to have more electric range, but it?s only good for 12 miles, which makes it far less efficient than competitors. The EPA rates fuel economy at 65 MPGe for gas and electric and 27 MPG for gasoline only.

The Country Hybrid comes in three trims (Classic, Signature and Iconic) with base prices ranging from $37,750 up to $45,250. Checking all the option boxes of the top model can run the price to about $49,000 less tax credits. 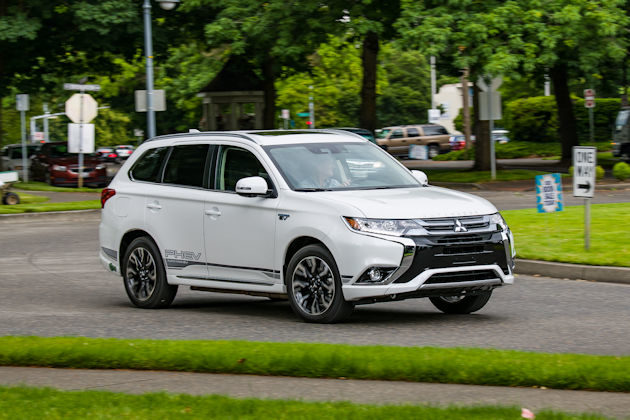 Mitsubishi Outlander PHEV GT S-AWD
The new Mitsubishi Outlander caught us by surprise. In the past the Mitsubishi products have been good, but they didn?t inspire much excitement. The latest Outlander was different. To start with, it?s a different kind of hybrid. Like the Chevy Volt, the Outlander is driven by electric motors ? one on the front axle, the other on the rear. A 117-hp four-cylinder engine, which Mitsubishi calls a ?range extender? starts seamlessly to charge the 12 kWh Lithium-Ion battery. The EPA says it will extend the range to 310 miles. Buff magazines list a 9.2 second 0 to 60 time — and the EPA estimates 74 MPGe with gas and electric or 25 MPG on gasoline alone.

The styling is very good inside and out, as is the fit and finish. Controls are well designed and have a quality feel. It?s comfortable and has a very high level of features and technology that inspires another look. The Outlander comes in two trim levels each equipped with and Integrated Vehicle Dynamics Control System (S-AWC) that manages the torque to all four wheels using an Active Yaw Control that splits power between left and right wheels not just the front and rear axles. Prices range from $35,490 for the SEL to $41,190 for the GT, which has no option packages available, or needed. 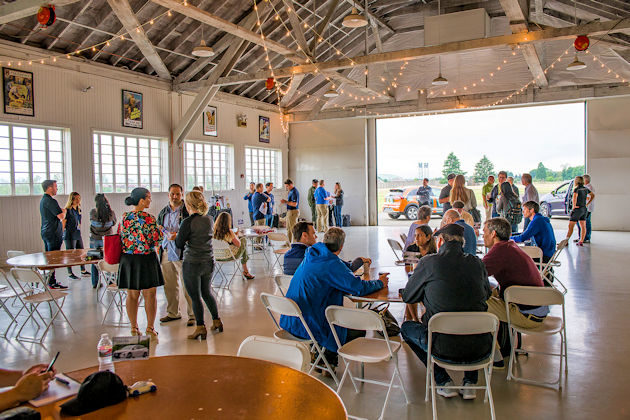 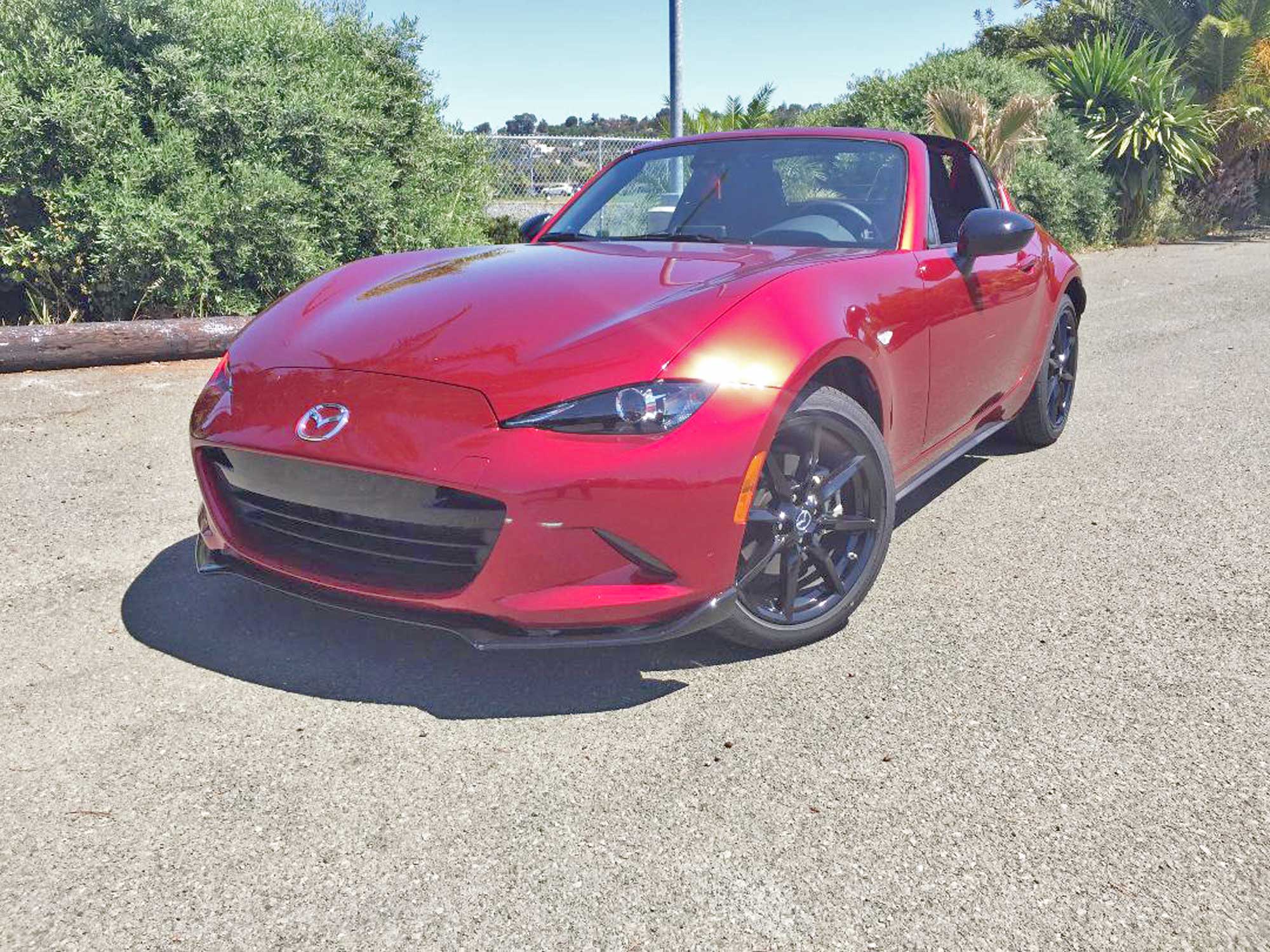 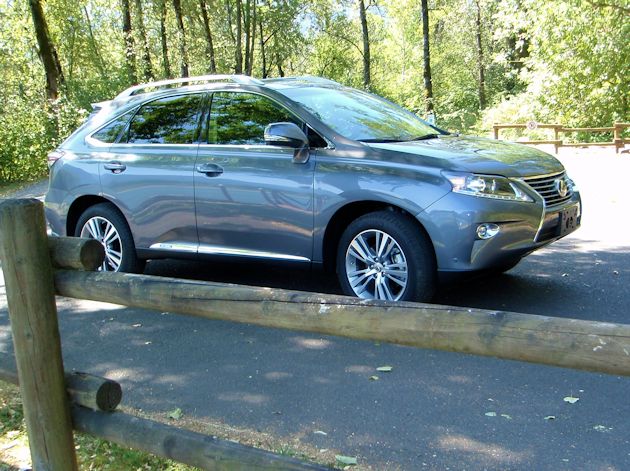