Imagine a television ad blaring ?the time has never been better to buy a new SUV.? And the announcer would be correct — there has never been a better time to shop for a new large SUV, but not necessarily because they are such a good deal, it?s more because the selection is so great. We counted the larger SUVs, which the EPA lists as ?Standard Sport Utility Vehicles? in the EPA Fuel Economy Guide ? Model Year 2018. There are 19 brands listed and 62 models ? and that?s only the four-wheel drive models. There are 26 more two-wheel drive models. 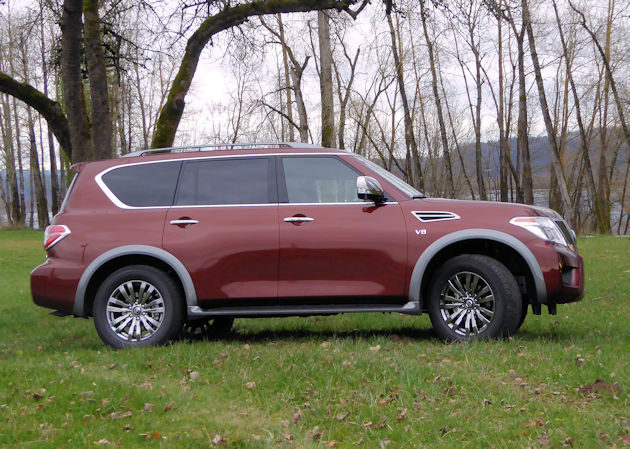 A week spent in Nissan?s latest full-size Armada SUV gave us a good example of what seems to be happening throughout the SUV market. These big land yachts are getting more luxurious and refined. 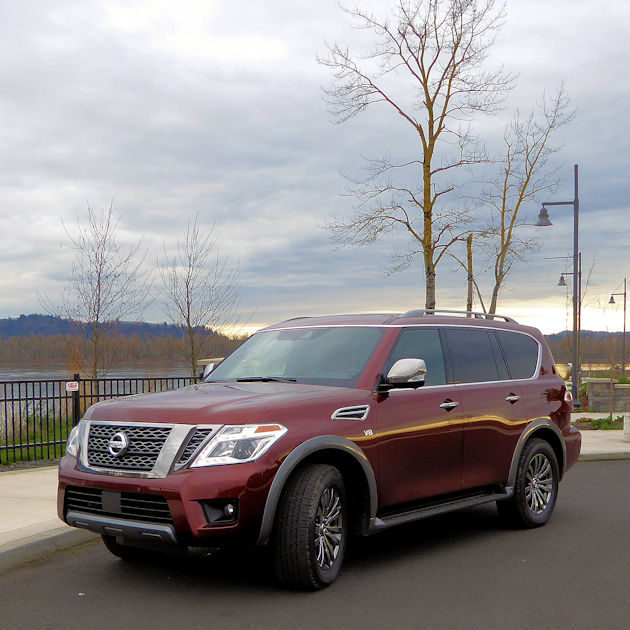 The distinctive Armada styling has a forward motion look headed up by the Nissan signature V-motion grill and standard LED low-beam headlights, halogen high beams and LED daytime running lights. The sculpted side panels and hood add dimension while the contrasting color wheel arch trims add to the aggressive look. Plus, the front fenders even have functional air intake vents. 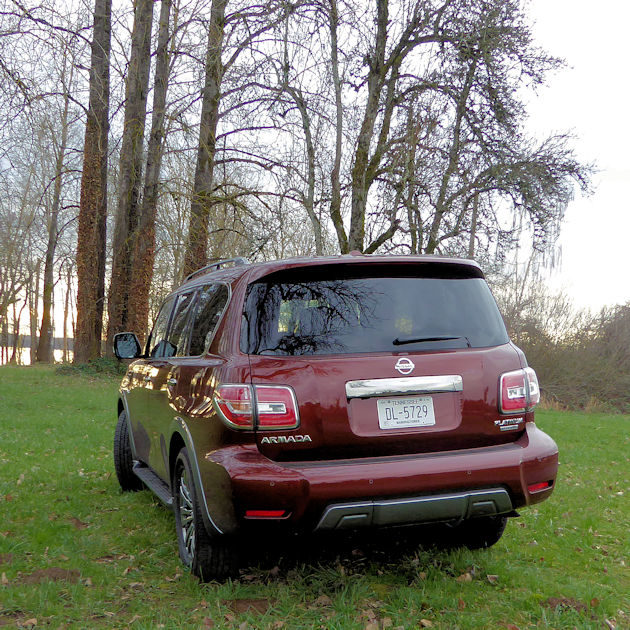 The big 2018 Armada is a close relative of Nissan?s global-market Patrol and an even closer match to the upscale Infiniti QX80. The nicely appointed Nissan SUV flagship is a traditional style SUV built body-on-frame, with a big V-8 engine. It sits higher up, which requires a short climb into the cabin, but when you arrive it?s plush and equipped with all the bells and whistles, comfort enhancements and all the latest technologies. 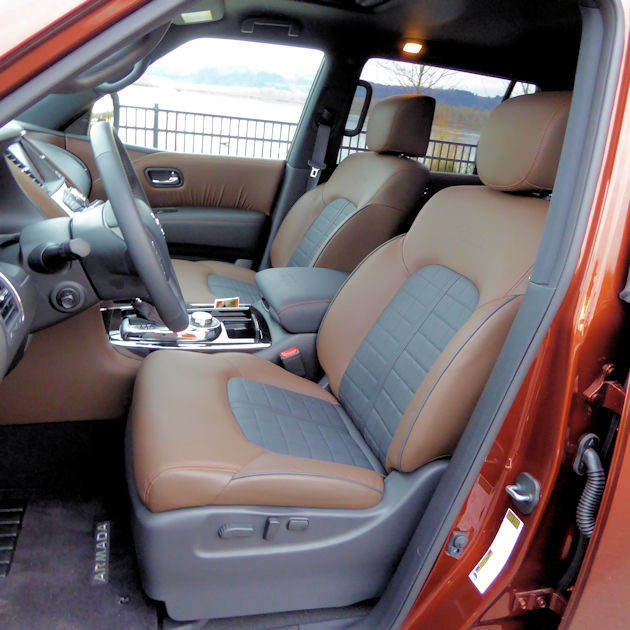 Driving the Armada is a pleasure, the seats are spacious and comfortable, the controls are large and easy to identify and reach plus the visibility is quite good despite the generous size. We were impressed by how quiet it was at highway speeds. Although we personally have an aversion to large vehicles, because they are difficult to park and maneuver through tight parking lots, the Armada is more agile than it looks. The height and size gives you that feeling of sitting up above the traffic more protected. 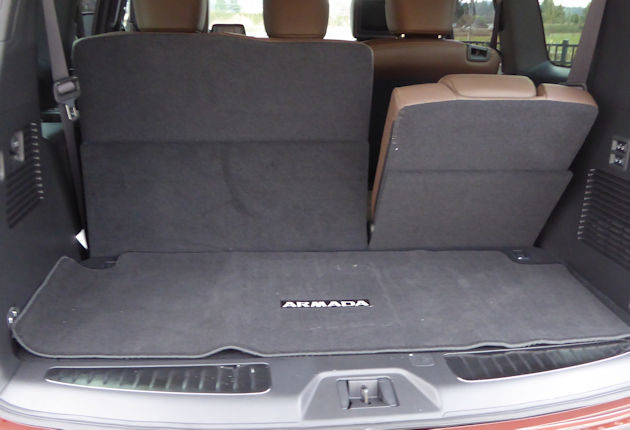 The Armada is close in size to major competitors and has a similar cargo space, which for the Armada is 16.5 cu, feet behind the third-row seats, that expands to 95.4 cubic feet when the two rear rows are folded. We like the power folding capability of the split third row seat backs using the switches mounted on the side of the cargo area and the standard power liftgate on all models. Our test vehicle was configured with second row bench seat, which gave it a total seating for eight; captain?s chairs are an option in the second row. But like all other SUVs, the third row is a challenge to get into and it is tight for three passengers. However, that third row is normally only used when you have to hall the team or friends crowd in for a ride to the restaurant. 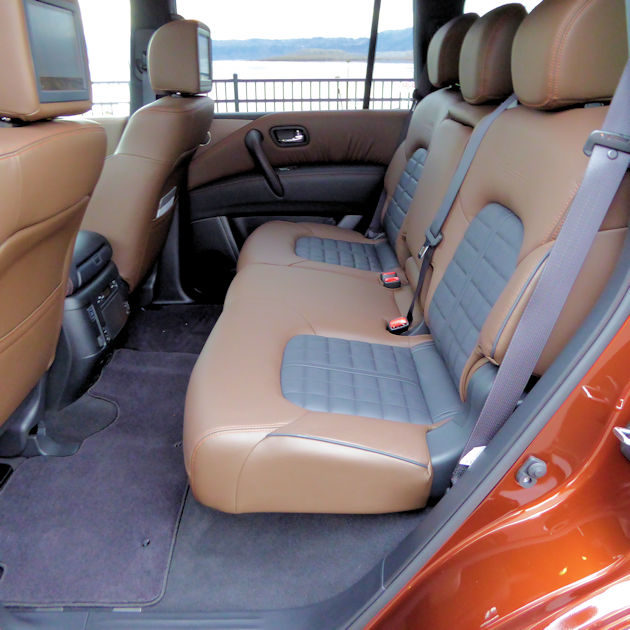 A 390-hp 5.6-liter Endurance? V-8 engine lurks under the hood and is paired with a smooth seven-speed automatic transmission. It?s the largest engine in its class. The engine has direct injection and Variable Valve Timing and Lift along with double overhead cams. The combination produces impressive acceleration, making a 0 to 60 mph run in only 5.9 seconds. It also has a top track speed of 132 mph. A trade-off to the excellent acceleration is the EPA fuel economy ratings of 13 mpg city, 18 mpg highway and 15 mpg combined. We averaged 14.7 mpg during the week we drove the Armada. 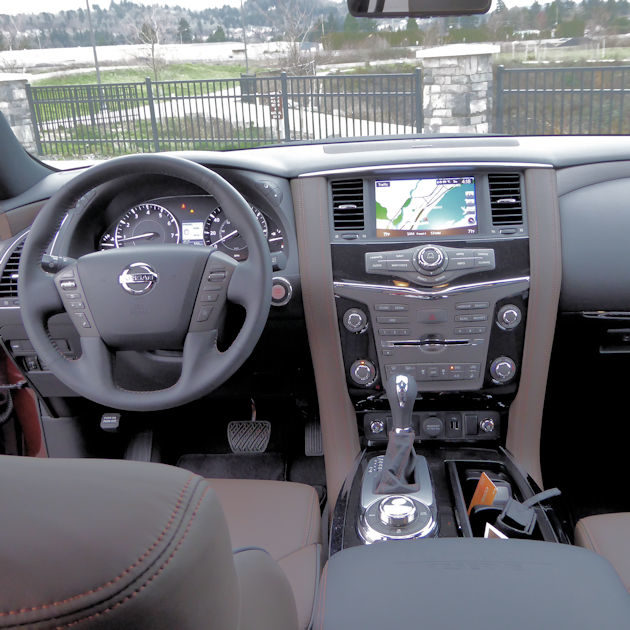 Our test vehicle also had the All-Mode automatic all-wheel drive which allows the driver to switch from automatic to four-wheel high or low. It has an electronically controlled part-time transfer case, and the Armada operates in rear-wheel drive until road conditions warrant more traction. Armada has a towing capacity of 8,500 pounds, which is enough to pull a couple of horses, a mid-size camp trailer or ski boat. 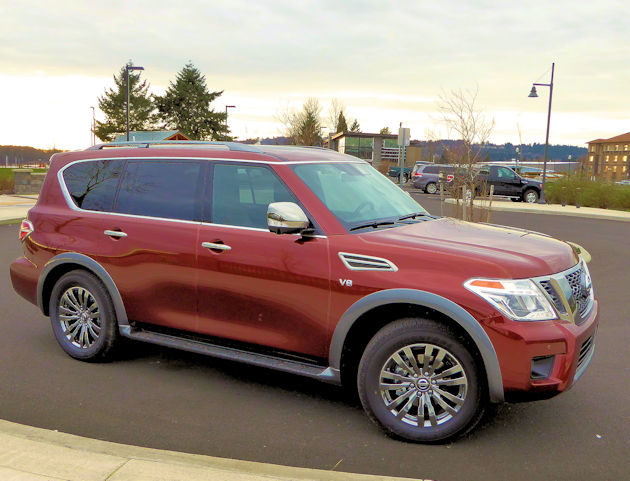 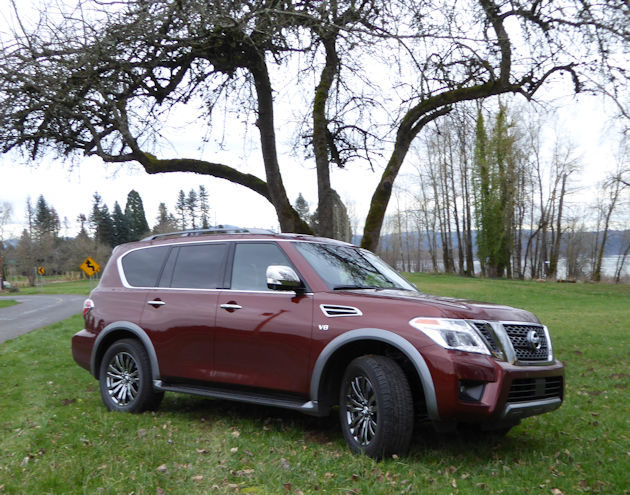 The 2018 Nissan Armada is available in four trim levels: SV, SL, Platinum and the new Platinum Reserve. Prices range from $47,385, including the destination charge, for the rear-wheel drive SV and go up to $63,485 for the Platinum Reserve. Four-wheel drive adds $2,900 to any model. The only other option on the Platinum Reserve is the Capitan?s chairs in the second row which are only $450. Nissan does offer an extensive selection of accessories for shoppers to further customize their Armada. 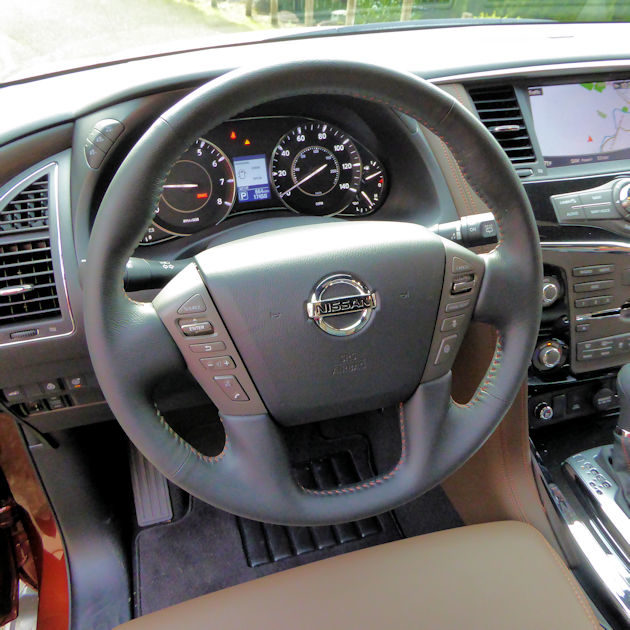 As we indicated earlier, full-size SUV shoppers have and extensive list of choices, and we think the 2018 Nissan Armada belongs on any comprehensive list of SUVs to try before you buy. 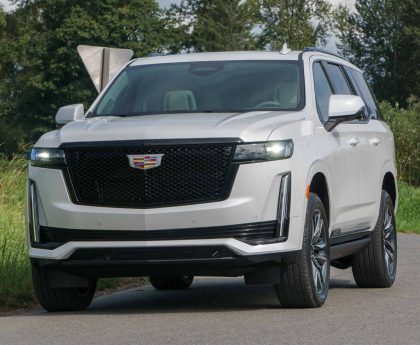 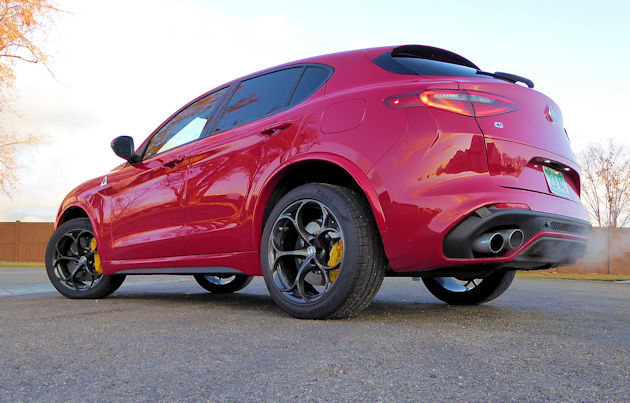