The 2018 Mitsubishi Outlander Plug-In Hybrid is new to the U.S. Crossover party this year. In fact, it takes the elite position of being the world?s first plug-in hybrid crossover and as the best-selling PHEV in Europe and now it?s available in the United States.
The all-new 2018 Mitsubishi Outlander PHEV (Plug-In Hybrid Electric Vehicle) was originally scheduled for the U.S. market about five years ago but it was delayed, according to Car and Driver Magazine, because Mitsubishi was selling every Outlander they could build in Europe. 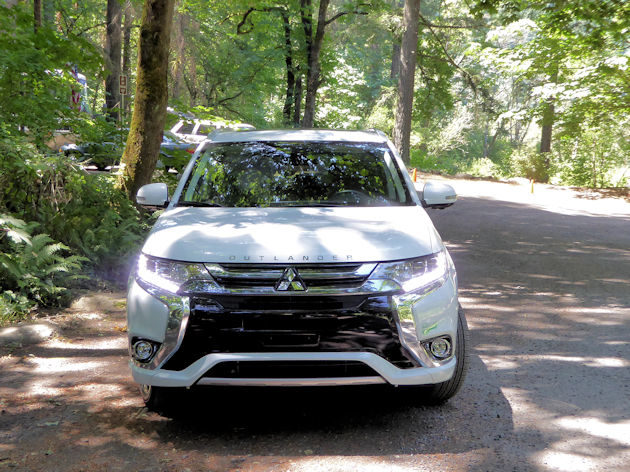 Different kind of PHEV
The Outlander PHEV is here now, and it caught us by surprise. In the past the Mitsubishi products have been good, but often they didn?t excite us. The new Outlander Hybrid is different.

Don Swearingen, the executive vice President and COO of Mitsubishi Motors North America describes it like this, ?The Outland PHEV is an all-new driving experience that is unmatched in the market; until now, this type of vehicle has been exclusive to the premium segment.
He continued, ?Offering EV tech in a very capable crossover will satisfy a consumer need that?s been missing in the marketplace. The Outlander PHEV offers seating for five passengers and room for their gear, 1,500-pound towing capability, SUV practicality and a fantastic Super All-Wheel Control system, all wrapped up in an environmentally friendly EV System.? 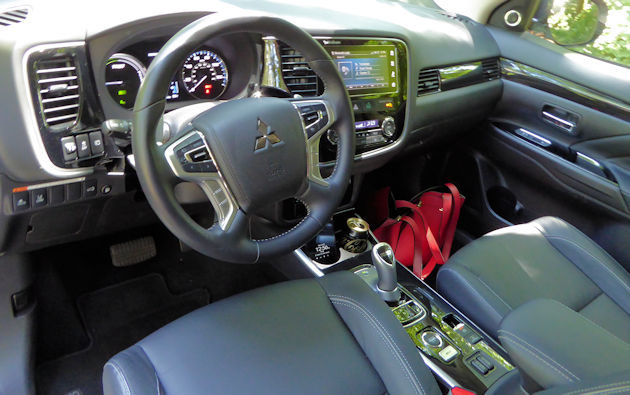 Powered by electric motors
The Outlander is driven by two electric motors ? one on the front axle, the other on the rear axle. When the throttle is pushed the motors instantly supply torque for quick, smooth response. The front electric motor is positioned transaxle-style on the left side of the gas engine and has an output of 60 kW. The front motor is smaller and lighter with a higher output enhanced version of the permanent magnet synchronous electric motor used in the Mitsubishi i-MiEV all-electric vehicle.
A front-mounted generator converts mechanical power to electricity and continuously charges the drive battery, while a Power Drive Unit (PDU) helps to convert the electric power and send it to the front motor. 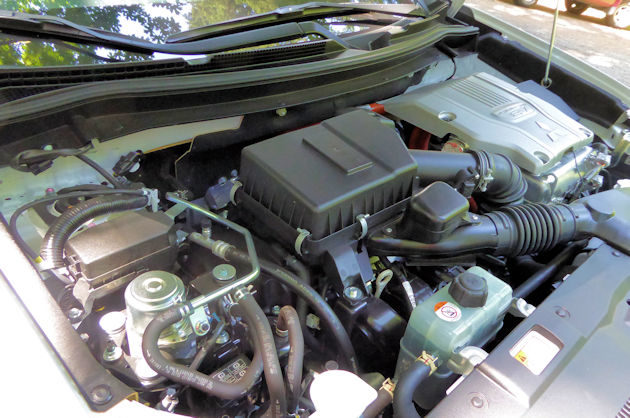 The battery and the ?range extender?
The rear 60 kW motor and Electric Motor Control Unit (EMCU) are mounted beneath the rear cargo area subfloor. Both the front PDU and rear EMCU are intelligent control units that contribute to heightened energy efficiency and optimal motor control.
When the battery is nearly depleted, or the computer calls for more power to the batteries or the wheels, the 117-hp four-cylinder engine, which Mitsubishi calls a ?range extender,? starts seamlessly to charge the 12 kWh Lithium-Ion battery and help drive the Outlander. The EPA says together, the engine and battery can power the Outlander to a range of about 310 miles. The battery is also charged supplemented by regenerative braking when the brakes are applied, or the vehicle is in a coasting mode. The driver can set the level of regenerative in one of six levels with the most intense bringing it almost to the level of stopping when the throttle is lifted. That allows the driver to almost drive without touching the brake. 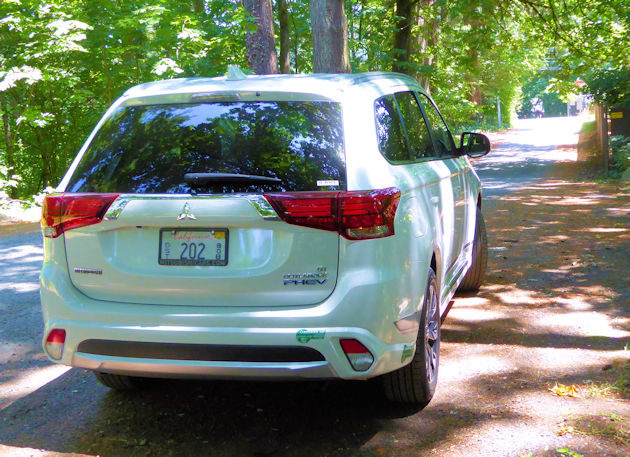 An electric-only mode
When the battery has enough charge the driver can press the console mounted EV button and the Outlander stays in the electric-only mode until more charge is necessary or the gasoline engine is need to supplement the electric engines, for example during harder acceleration. 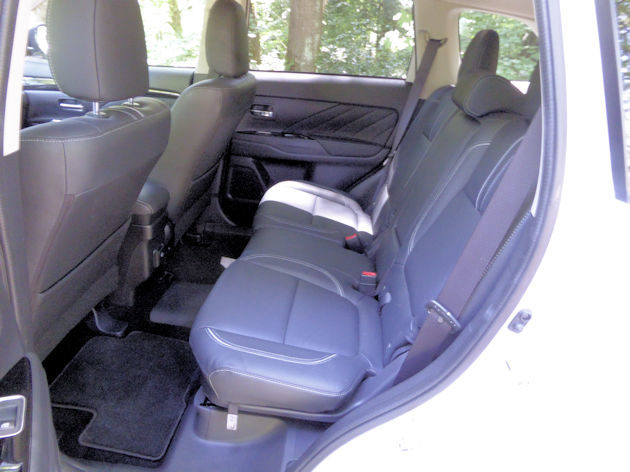 Useful electric modes
The driver can select a Battery Save Mode, which conserves the battery charge. It will only operate, however, when the battery level falls below a 90 percent charge. There is also a Battery Charge Mode which charges the battery from the engine running even at idle. In this mode it will recharge the battery back up to 80 percent. 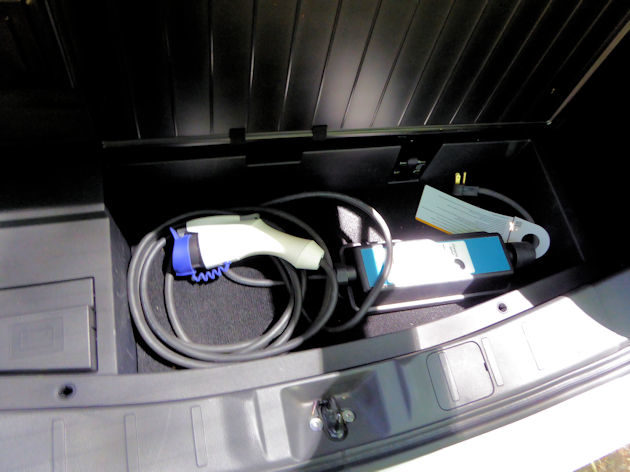 Multiple charge options
The Outlander PHEV can be charged with a standard 120V (full charge in less than eight hours) power outlet at home with the supplied charging cable, or with a public or residential 240V (full charge in less than four hours) charging station. Outlander PHEV also comes standard with DC Fast Charging capability, the only Plug-in Hybrid in the market with it. Using this system at commercial charging facilities, the vehicle will charge up to 80 percent capacity in as little as 25 minutes. Charging status is conveniently displayed on the instrument panel. 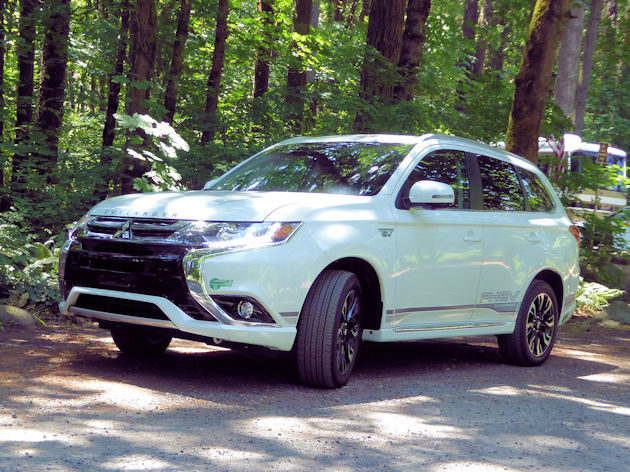 A 22-mile electric-only range
The Outlander PHEV is not as quick as many of the electric motor vehicles. Buff magazines list a 9.2 second 0 to 60 time — and the EPA estimates 74 MPGe with gas and electric or 25 MPG on gasoline alone. On a full charge the Outlander has about 22 miles range before the range extender goes to work. 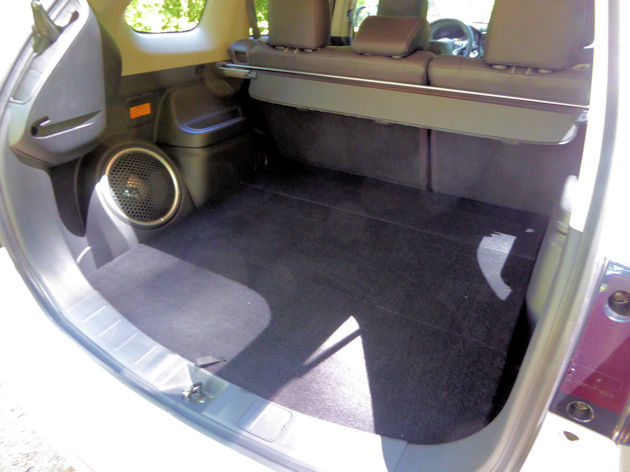 Pricing
The styling is very good inside and out, as is the fit and finish. Controls are well designed and have a positive feel. It?s comfortable and has a very high level of features and technology that inspires another look. The Outlander comes in two trim levels each equipped with and Integrated Vehicle Dynamics Control System (S-AWC) that manages the torque to all four wheels using an Active Yaw Control that splits power between left and right wheels not just the front and rear axles. Prices range from $35,490 for the SEL to $41,190 for the GT, which has no option packages available, or needed. 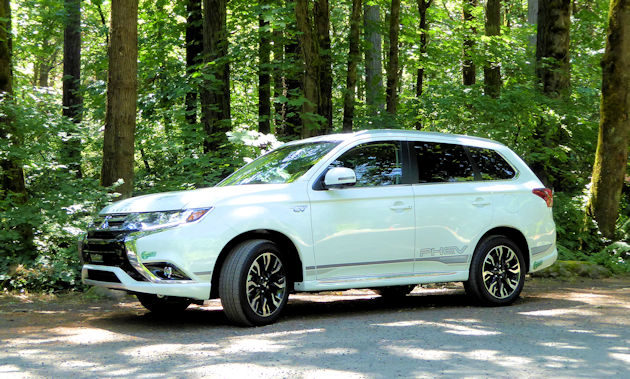 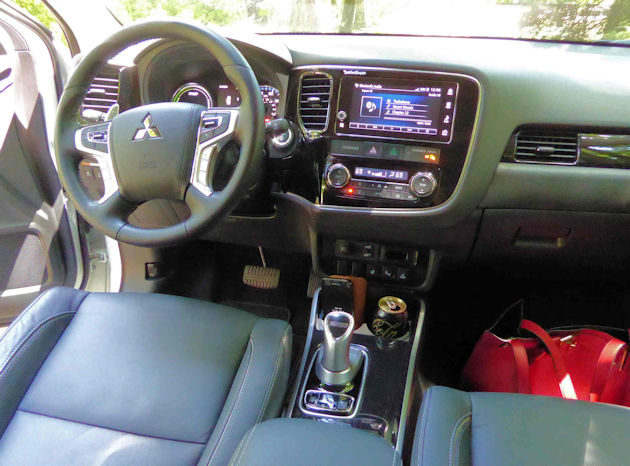 Conclusion
The 2018 Mitsubishi Outlander PHEV S-AWC might be late to the party, but it?s making a good showing and offers shoppers a unique plug-in hybrid application. 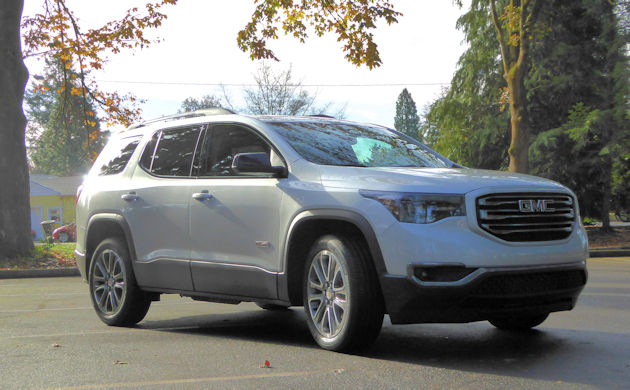