From hamburgers to clothing to SUVs — size matters.
Clothing is obvious, and McDonald?s now sells Big Macs in three sizes (Baby Mac, Big Mac and Grand Mac) so why not a major purchase like an SUV. Sure, most of the SUV makers have two or three sizes, but the people who make some of the most noteworthy SUVs have taken the size element even farther.

Land Rover?s Range Rover now comes in five sizes of SUVs: Range Rover Long Wheelbase, Range Rover, Range Rover Sport, and Evoque, plus the all-new Range Rover Velar that fits in the Range Rover lineup in the number four slot between the Evoque and the Sport. It?s a few inches shorter than the Sport and about 17 inches longer than the Evoque. The Velar is about the same size as the BMW X5, Mercedes GLE and Lexus RX 350. 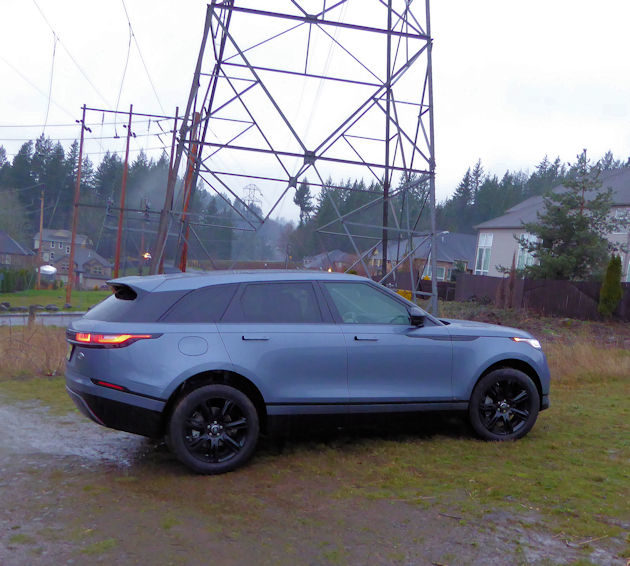 Personally, we think the Velar is a perfect fit for our lifestyle. It?s roomy enough to add an occasional couple in the rear seat, it?s an agile size in crowded parking lots, and it fits our garage perfectly with room to walk all around it. In addition, it has 34.4 cubic feet of cargo space which can be expanded to 70.7 cubic feet by folding the rear seat backs. And most important, it is a convenient height that didn?t require climbing up into or sliding out of. 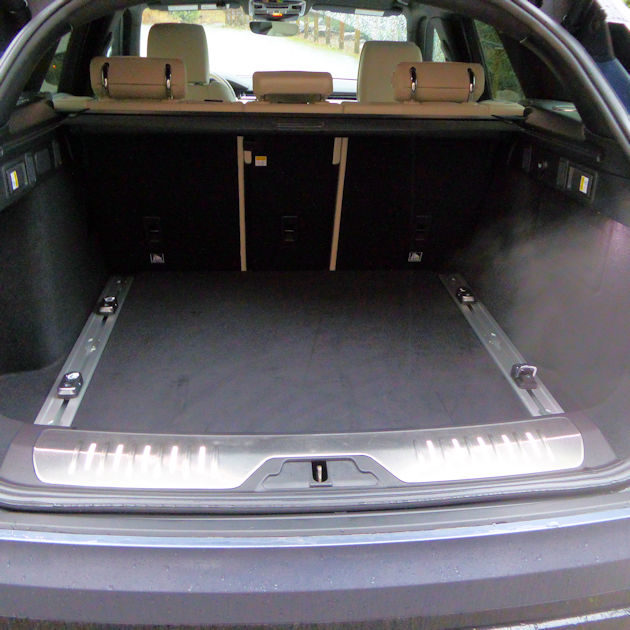 Developed from same mechanical elements as the sister brand?s Jaguar F-Pace, the Velar is no light weight. It tips the scales at nearly 4,500 pounds, plus it?s more than a pretty face, it has pure Range Rover off-road capabilities.

Even though the Velar is basically a big box, it?s a very streamline box built mostly from aluminum. The diesel version has a drag coefficient of only 0.32 Cd. The airflow around this innovative design has been optimized to balance the lift caused by high speed to an ideal 50:50 front and rear. That means better stability and steering response. 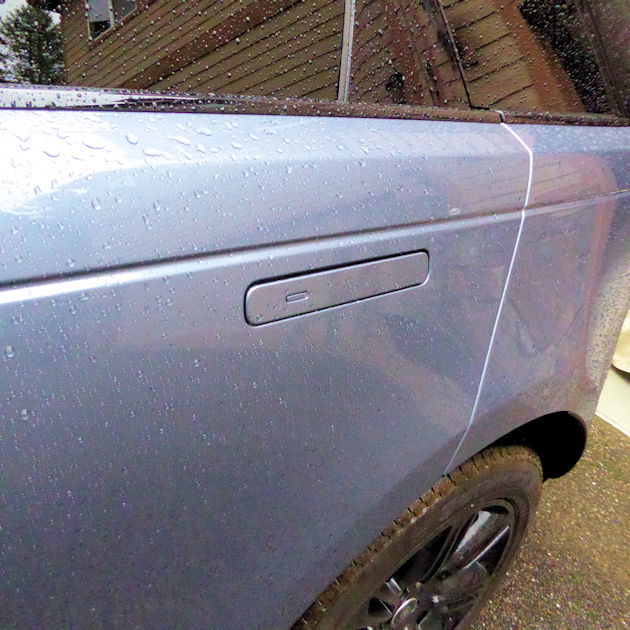 We like the styling of all the Range Rover models, but the new Velar takes the classic lines and kicks them up a notch?or two. It?s obviously a Range Rover but is much more stylish with the smooth clean lines of the sculpted body, the long hood, the sweeping roof line and flush-mounted door handles. The handles raise out of the body when you push ?unlock? on the key fob or touch the little button on the handle when you have the key on your person. And it looks even more sleek with the short front and rear overhangs ? which also contributes to the off-road aptitude. 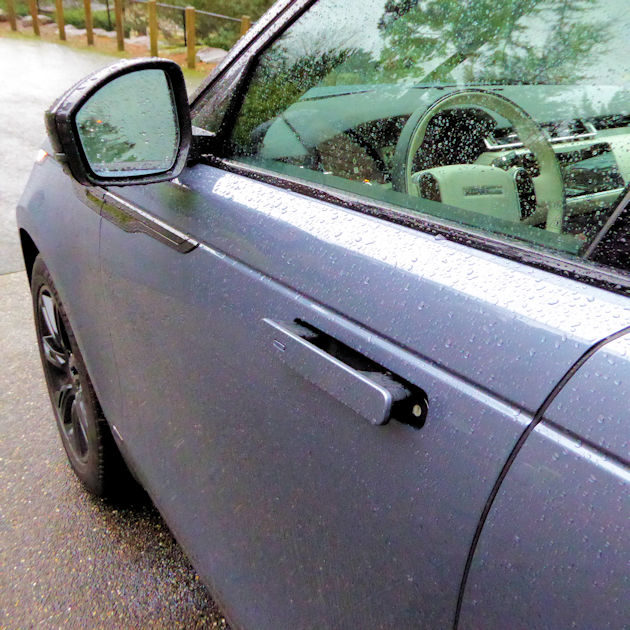 The inside is an updated version of the classic Range Rover ? clean, elegant and comfortable. But what really sets the Velar apart from the other Ranger Rovers and everything in its class are the industry leading technologies. 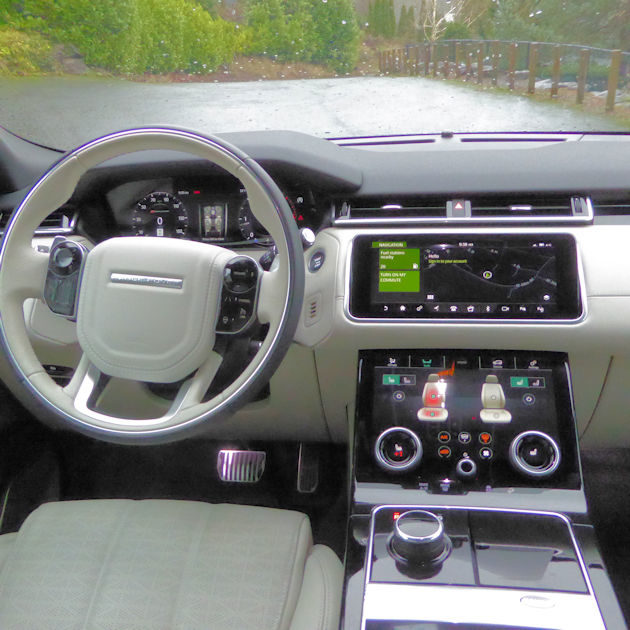 The center stack has two high-definition 10-inch touchscreens which make up the new InControl Touch Pro Duo infotainment system. The screens are made of a thin capacitive polycarbonate material that precisely follows the subtle curvature of the panel creating a seamless and perfectly flush curved surface. The horizonal upper screen controls the navigation and infotainment functions, while the lower screen adjusts comfort and climate features. This screen also controls the Terrain Response? settings eliminating the traditional dials and hard buttons, while creating extra space in the center console. Our test vehicle had heated and cooled seats with massaging feature controlled by the lower panel, too. 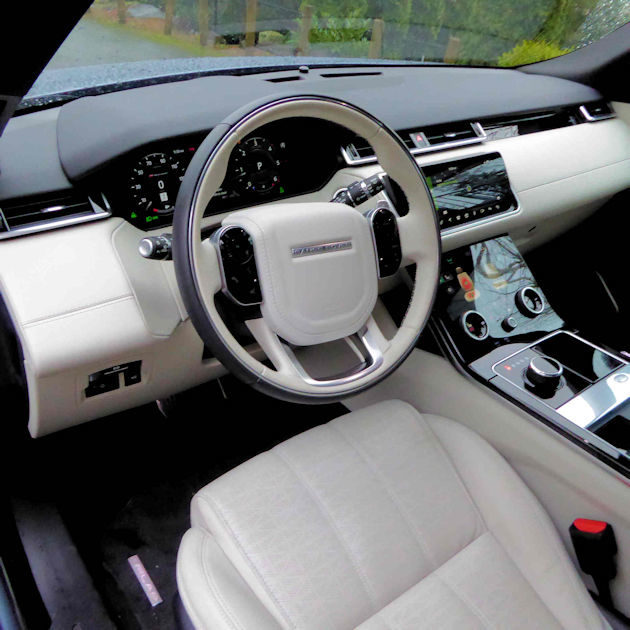 We have often had problems operating touch screen controls in some vehicles, but these were very intuitive, fast to respond and didn?t need to be touched in a particular way to work. And the wonderful thing was we didn?t have to get out the owner?s manual to figure out how they worked. Range Rover has made major steps forward in this area and we think they are leading the pack now. 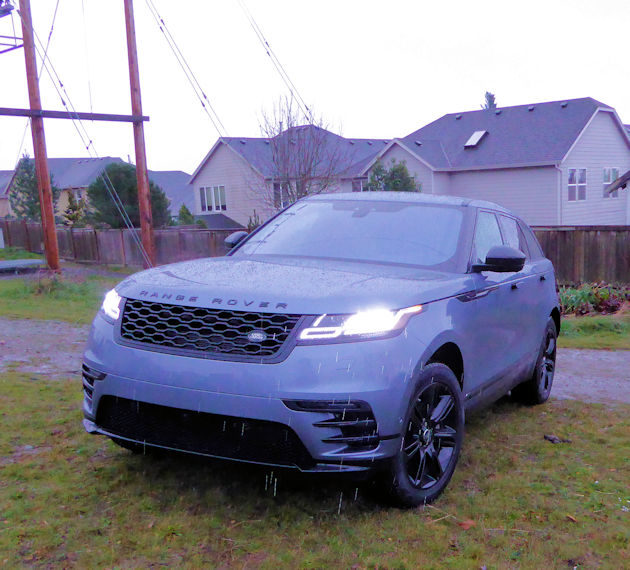 Three powertrains are offered for the 2018 Land Rover Range Rover Velar. The base engine is a 247-hp turbocharged four-cylinder gasoline engine with a 380-hp supercharged 3.0-liter V-6 gasoline option. The third engine is the 180-hp turbocharged 2.0-liter diesel, which produces 317 lb.ft. of torque ? nearly as much as the supercharged V-6. We like diesel engines because of the strong torque and improved fuel economy. This one gets an EPA rating of 26 mpg city, 30 mpg highway and 28 mpg combined. We averaged 28.6 mpg during an enjoyable, but rainy week behind the wheel. 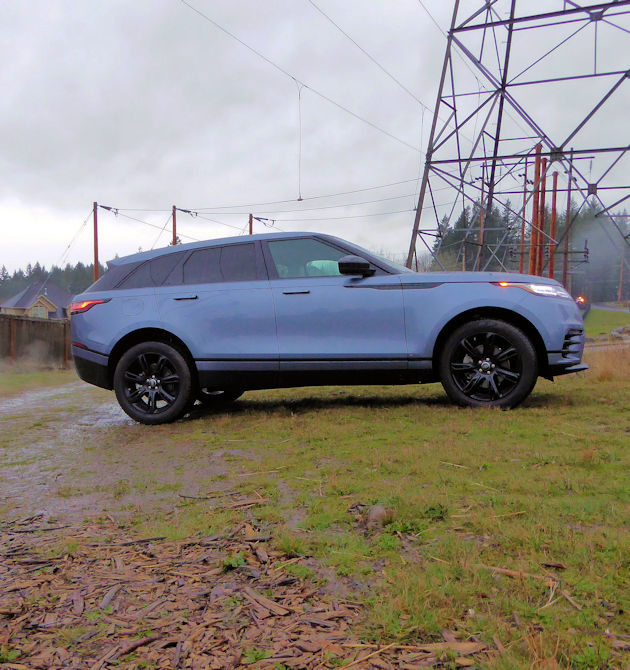 Zero to 60 acceleration times, according to Land Rover, are 8.4 seconds for the diesel, 6.4 seconds for the four-cylinder gasoline and 5.3 seconds for the supercharged V-6.
All three engines are fitted with 8-speed ZF automatic transmissions and have all-wheel drive with Intelligent Driveline Dynamics and Terrain Response? 2. The suspensions are four-wheel independent with double wishbones in the front and integral link in the rear. We felt the handling is excellent for an SUV. The Supercharged V-6 has a standard air suspension, while the four-cylinder models have conventional coil springs and shocks. 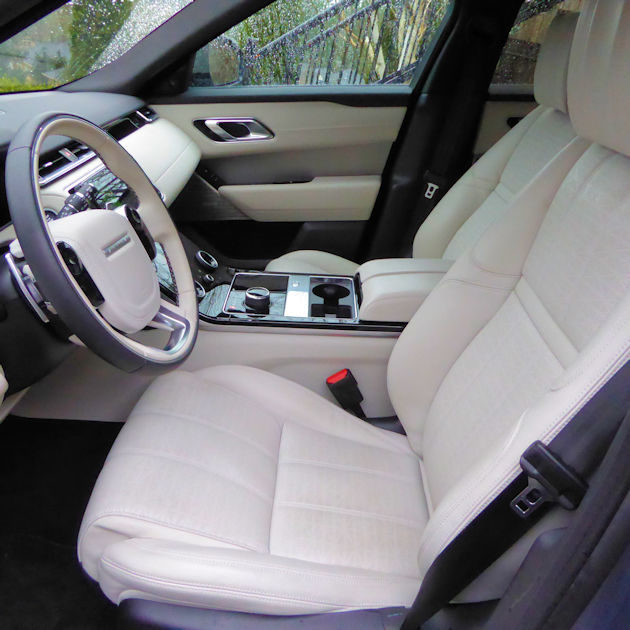 The Range Rover Velar is fun-to-drive, quiet and very comfortable. With the diesel engine, it would make a great all-weather road trip car.

Velar is available in three trims this year: Velar, R-Dynamic and First Edition (which will only be available the first year). The three engines are available on the two lower level Velars, but if you want the exclusive First Edition, you?ll have to put up with the superb performance of the Supercharged V-6. 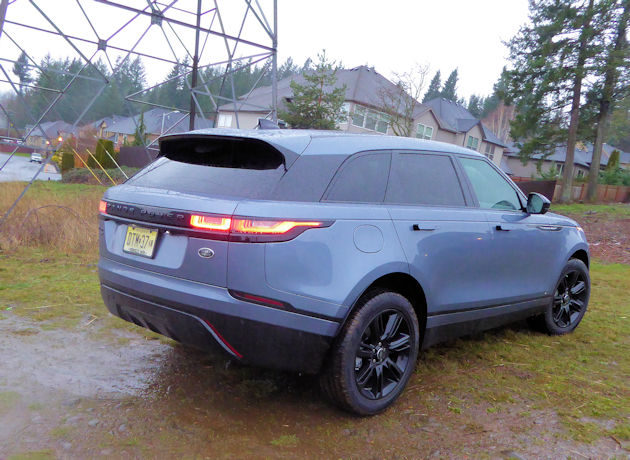 Range Rovers are not cheap, but they offer a level and performance and luxury that?s worth the price if you can afford it. The Velar base price is $50,895, including the destination charge. The R-Dynamic is $61,095 and it?s $90,295 for the First Edition.

The Velar is a terrific addition to the Range Rover lineup and if you?re like us you?ll find the size just right. 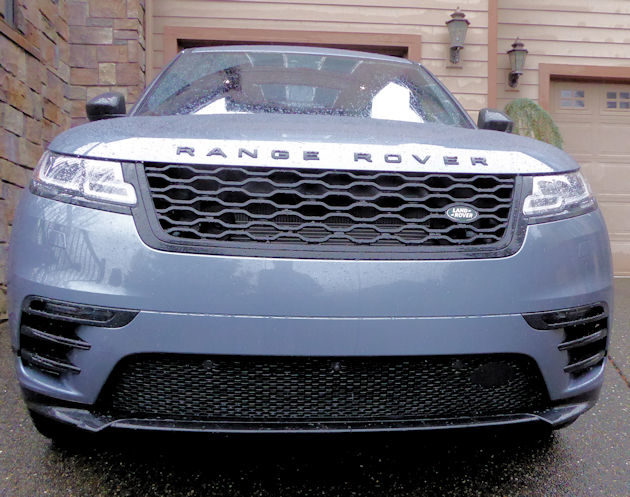