Unlike most automotive journalists, we aren?t as enamored by the super-fast cars ? you know the ones with 400-, 500-, 600- and 700+ horsepower. Certainly, it?s still fun to spend time in them and occasionally push the peddle down and feel the power, but as we get older we find that we prefer simply fast cars over the ones that we consider to be ?scary fast.? Plus, we think the more reasonable performance models are the ones most people buy. 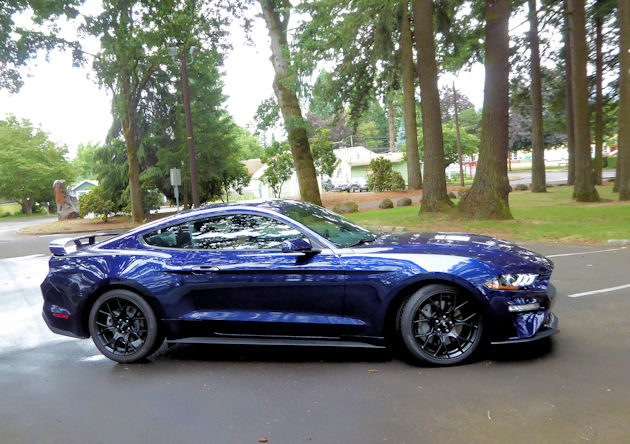 A Smaller Engine and Turbocharging
One of the more interesting trends in the automotive business the last few years is the extensive use of turbocharging to boost power of smaller displacement engines to produce more power, with less fuel. Ford has gone heavily into this technology the last five or six years with their EcoBoost engine series and the results have been outstanding. 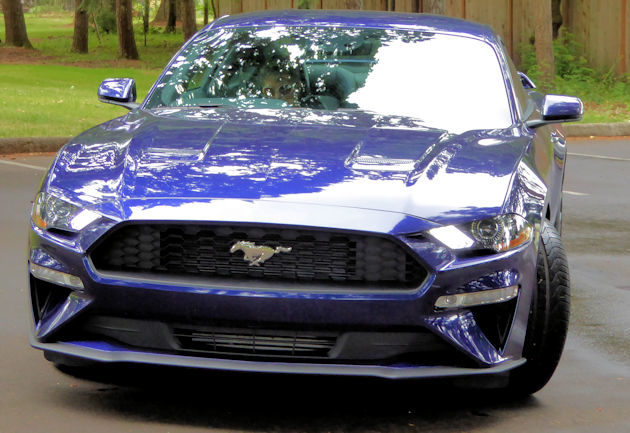 Four-cylinder Muscle Car
We recently drove the Ford Mustang with a four-cylinder EcoBoost engine. Who would have imagined 10 years ago that we?d be driving a 310-horsepower 2.3-liter four-cylinder engine with 10-speed automatic transmission in a Mustang? Ten years ago, the V-8 powered Mustang GT had only 300 horsepower. 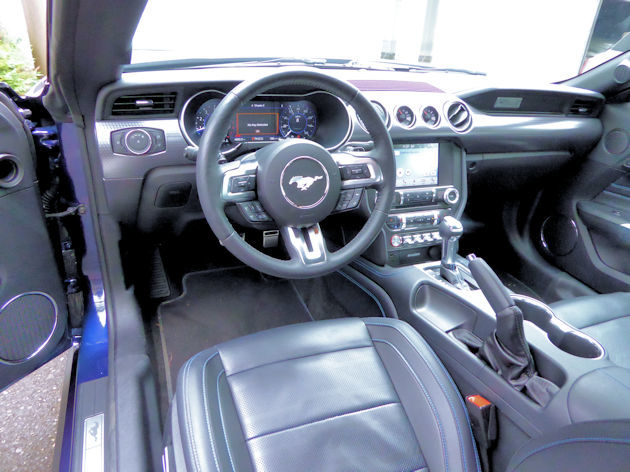 Zero to 60 mph in 5.1 seconds
Ford still builds the muscular 460-hp V-8 Mustang GT and that one moves into that scary fast category. The Mustang GT is capable of 0 to 60 mph runs taking 4.3 seconds. However, the four-cylinder EcoBoost will make the same run in 5.1 seconds. 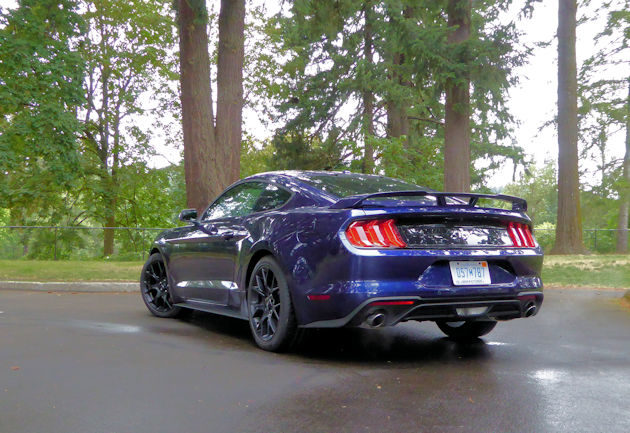 It Doesn?t Sound Like a 4-Cylinder Engine
The EcoBoost Mustang was fun to drive, it still has a powerful exhaust note, although not quite at the same tone as the 5.0-liter V-8. You can get a six-speed manual transmission with either, but we prefer the optional 10-speed automatic. It shifts faster, gets better fuel economy and is smooth and easy to drive, plus you can still shift it manually using the steering wheel mounted shift paddles. The EcoBoost has an EPA fuel economy rating of 21 mpg city and 31 mpg highway. We averaged 24.7 mpg during our drive time. 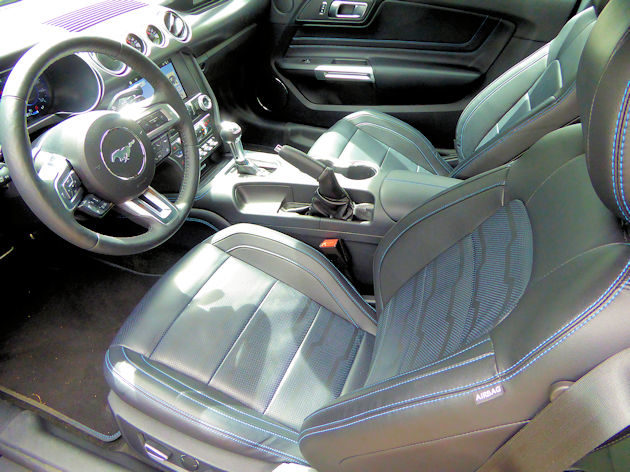 Ten-Speed Automatic Transmission
Also new for 2018, in addition to the 10-speed transmission, is an available MagneRide suspension that uses magnetorheological adaptive dampers. The active damping system uses sensors positioned around the vehicle to adjust the suspension based on various inputs, including speed, steering angle, brake pressure, lateral and longitudinal acceleration, engine torque, drive mode selection, and even outside air temperature. 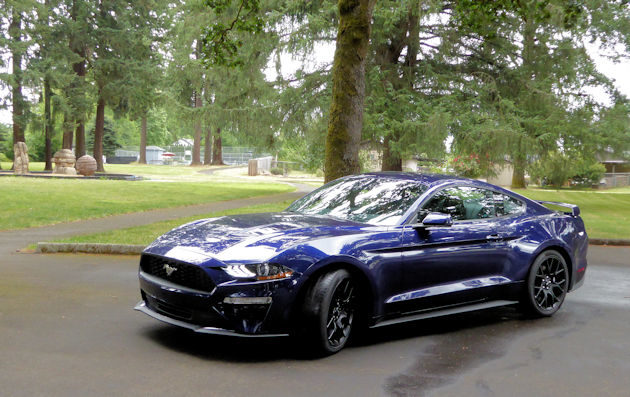 The 2018 Mustang Makeover
This is the first Mustang makeover, since the all-new model debuted in 2015. The 2018 has a cleaner, more athletic look, with new hood and grill and a new front splitter to improve handling and fuel economy. 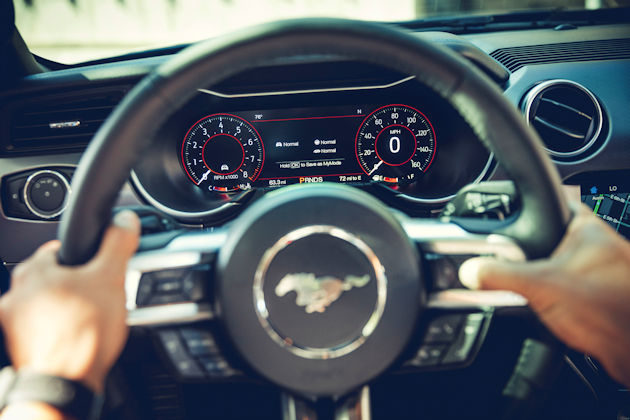 Customize the Instrument Cluster
Inside the big change is the addition of a full customizable 12-inch LCD digital instrument cluster. The panel was developed by ex-video game developers. It offers 26 color options, displays for up to eight gauges and various screen layouts. The screen can be easily personalized, offering different views for normal/snow/wet, sport, and track/drag modes. Drivers can use new Mustang MyMode to save their favorite settings for suspension and steering and exhaust note preferences, too. 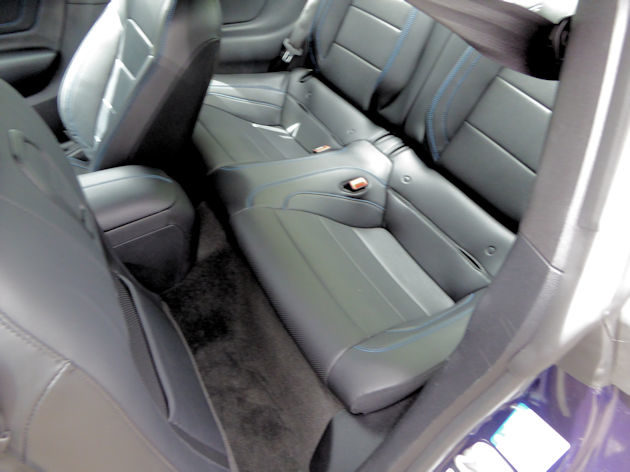 Pre-Collision Assist and SYNC
Also new for 2018 is an available Pre-Collison Assist with Pedestrian Detection and Ford SYNC??Connect. The SYNC Connect gives drivers the ability to use the FordPass??smartphone app to start, lock, unlock and locate their vehicle, as well as get updates on various vehicle diagnostics such as fuel level.

With or Without a Top
The 2018 Ford Mustang is available in five fast back models: EcoBoost? Fastback, EcoBoost Premium Fastback, GT Fastback, GT Premium Fastback and Bullitt (named for the famous 1968 Steve McQueen movie and the car he drove). Plus, there are three convertibles, which are priced at $5,500 more than the equivalent fastback. Pricing ranges from $26,745, including the destination charge, for the EcoBoost Fastback and go up to $47,495 for the special edition Bullitt model. 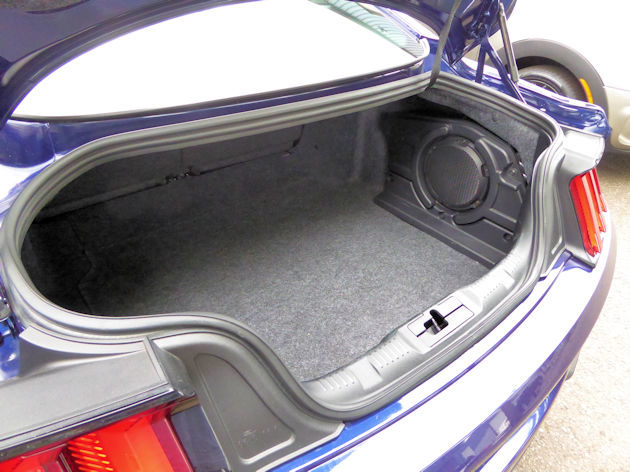 Optional MagneRide Dampening
The 2018 Ford Mustang EcoBoost Premium Fastback Premium Fastback is great fun to drive, especially equipped with the MagneRide Dampening System. The handling is what we expect from a well-setup sports car staying flat on the corners and staying well balanced under all conditions, while maintaining a well-controlled and relatively smooth ride. The performance level was better than we?d expect from a 3,500-pound coupe powered by a four-cylinder engine. 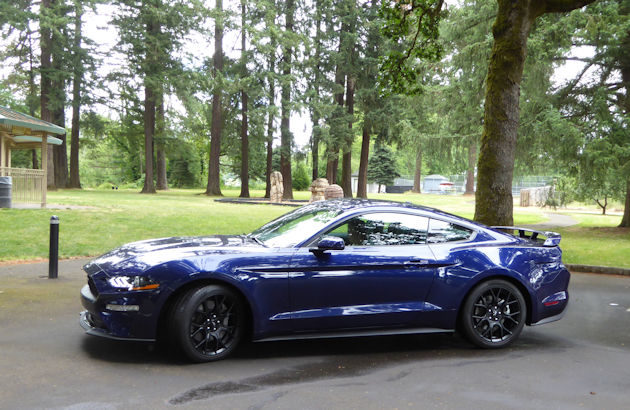 Latest Technologies
The Mustang has a full range of the latest available tech equipment including features like adaptive cruise, blind spot detection, LED headlights, and most of the thoughtful little treatments down to adjustable ambient lighting and a Mustang logo shinning on the ground outside the doors. It?s a very civilized muscle car with well-toned muscles. 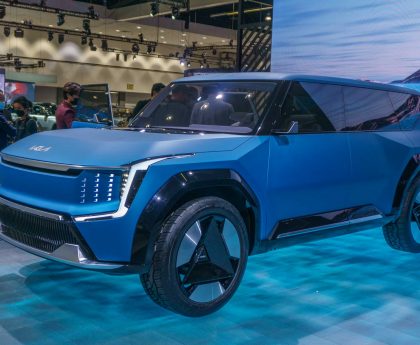 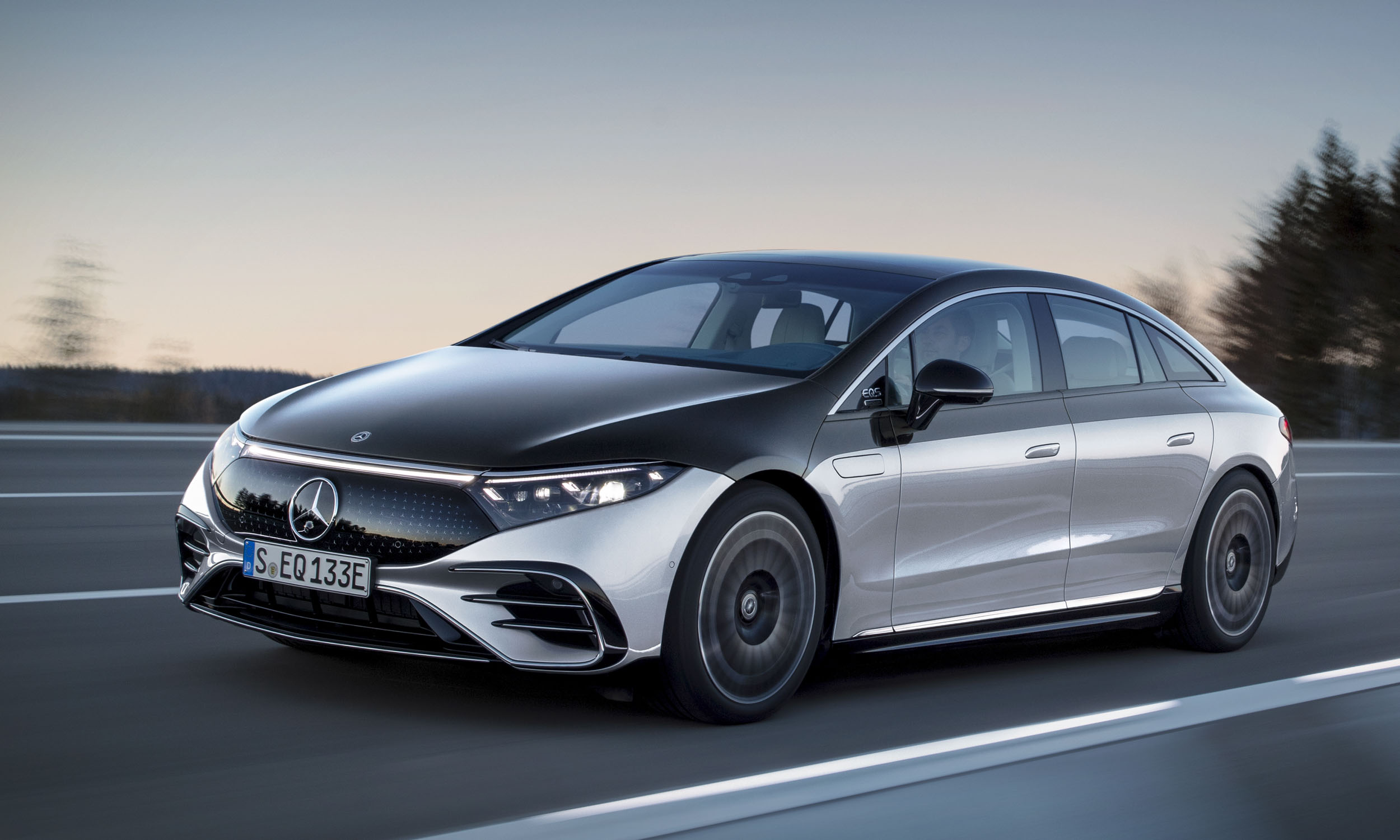