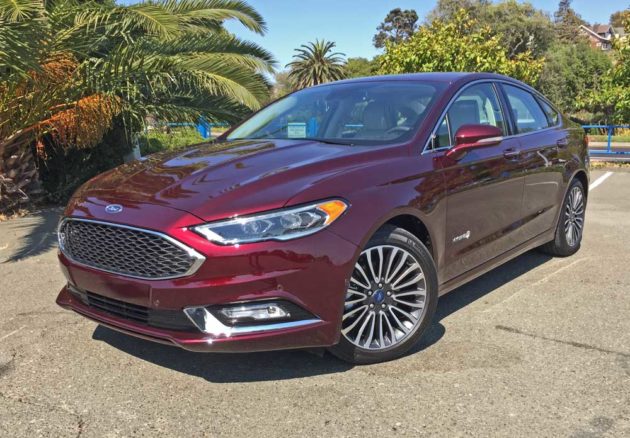 For the 2017 model year, FOMOCO refreshed their Fusion Hybrid lineup with an exterior facelift along with several significant interior upgrades, and adding a more upscale Ford Fusion Platinum Hybrid model for consumers who are concerned with the environment, but who also want to enjoy a higher level of luxury content. 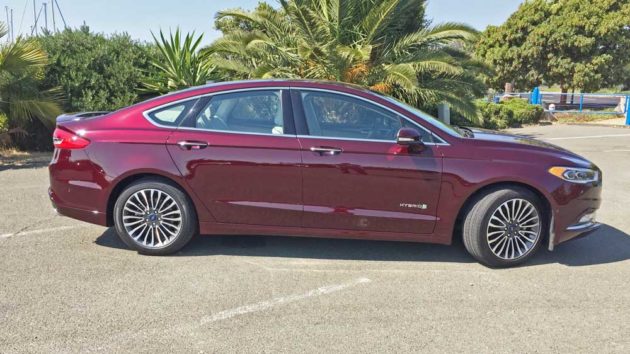 All members of the Fusion stable display exterior modifications that reflect more of a Ford image with fewer Aston Martin-like cues. 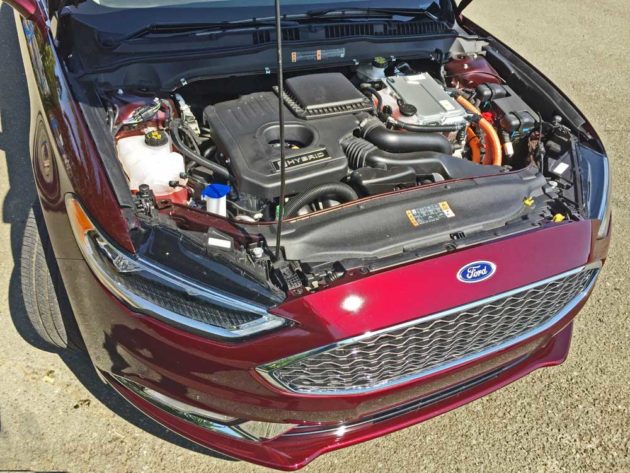 The front-wheel drive power source of the Ford Fusion remains the same with a 118-hp electric motor working in conjunction with a 141-hp 2.0-liter Atkinson-cycle four-cylinder gas engine that puts out a total of 188 horsepower. The Fusion can be propelled at speeds up to 85 mph exclusively on electricity. The EV mode allows the driver to limit the gas engine?s operation to only extreme power demands, such as passing situations or in negotiating steep grades.

A 7.6-kWh lithium-ion battery pack continues to provide the energy for the electric motive force, drawing its charge while underway from a second motor/generator driven by the engine and from the regenerative braking system. 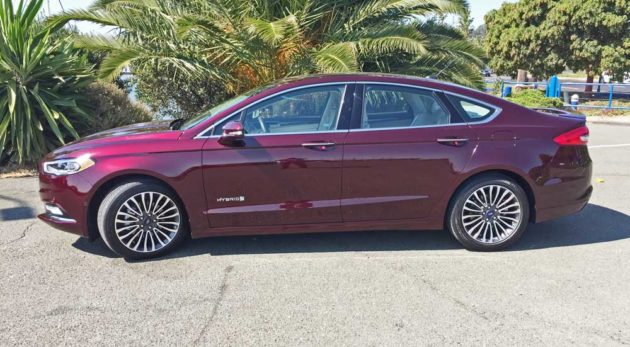 Visually, the five passenger Ford Fusion Platinum Hybrid is considerably more attractive and appealing than several of its competitors, projecting a sleek, aerodynamic profile, with the upward sloping hood flowing into the sharply raked windshield, which continues over the gracefully curved cabin into the flowing rear window that culminates with the short deck and its integrated spoiler lip. All of the Fusion Hybrid?s lines are suggestive of forward motion, even when stationary. 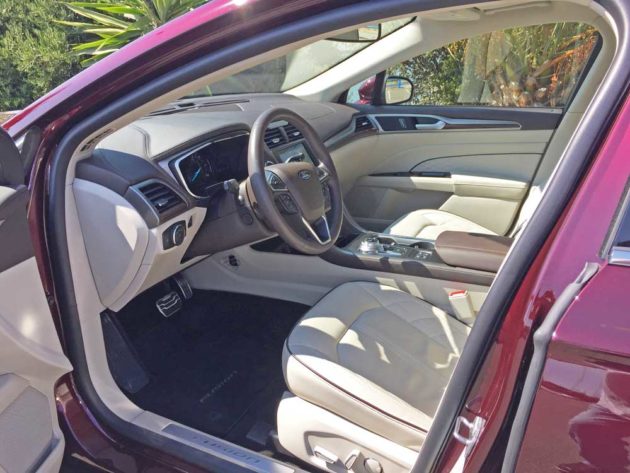 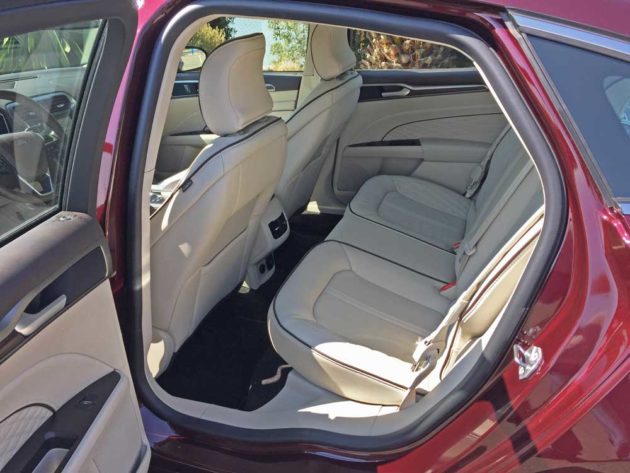 My 2018 Ford Fusion Platinum Hybrid wore a Burgundy Velvet metallic exterior finish and featured a Medium Soft Ceramic interior featuring Cocoa piping and trim accents. The base sticker was set at $37,275., while the final tally came to $38,770. after adding for the metallic paint, rear inflatable safety belts and the Destination and Delivery charge. 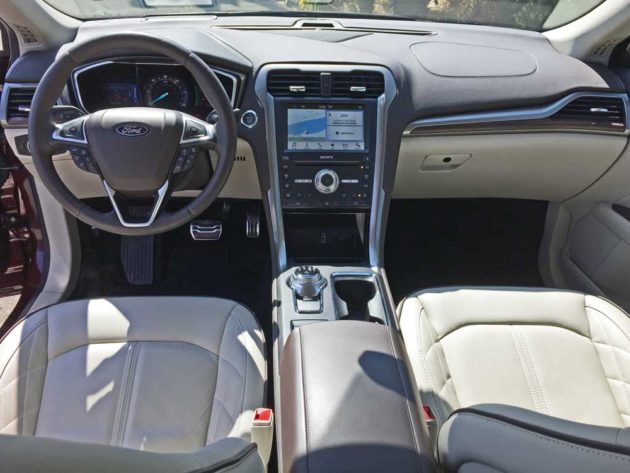 The 2018 Ford Fusion Energi Platinum Hybrid provides a pleasantly smooth and quiet ride quality in its electric mode when driven in a responsible and sensible manner, Tipping the scale at nearly two tons, the combined 188 horsepower in its hybrid mode is not dragster-like, and is even slower in it?s pure electric mode. But blasting over the road surface at break-neck speed isn’t part of the Fusion Hybrid?s primary focus. 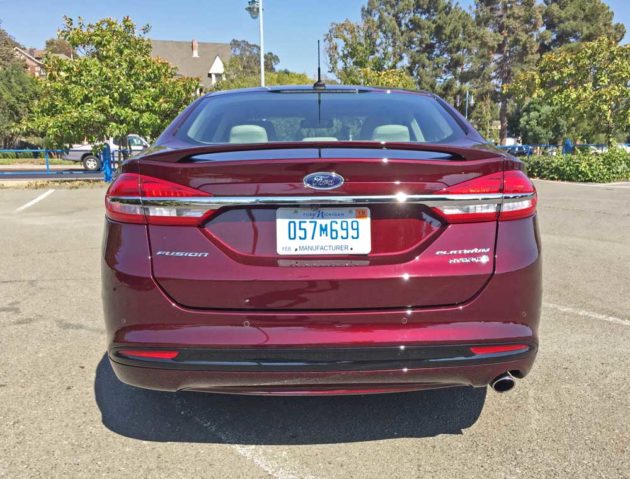 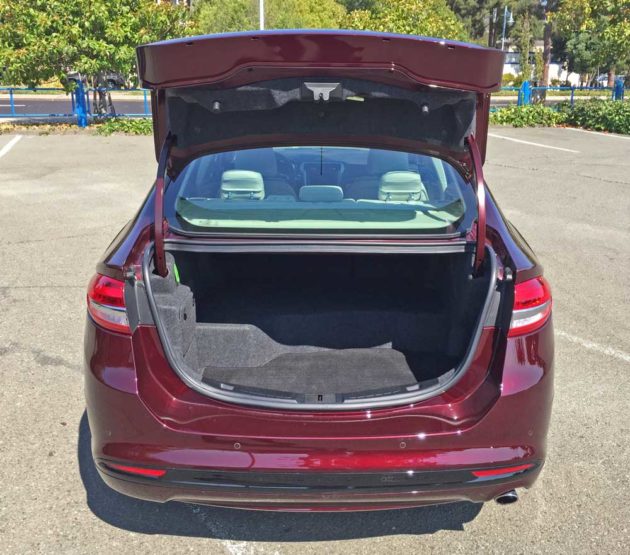 When the gasoline engine kicks in, it is a seamless transition. Tires are the low-rolling-resistance variety and place the emphasis on fuel economy rather than grip, so racetrack maneuvers are likely to trigger chirps or squalls, and possibly an intervention from the stability-control system. Braking seems on the sensitive side of the equation at slower speeds, but familiarity takes care of the issue. Another approach is to select the Low Gear setting. 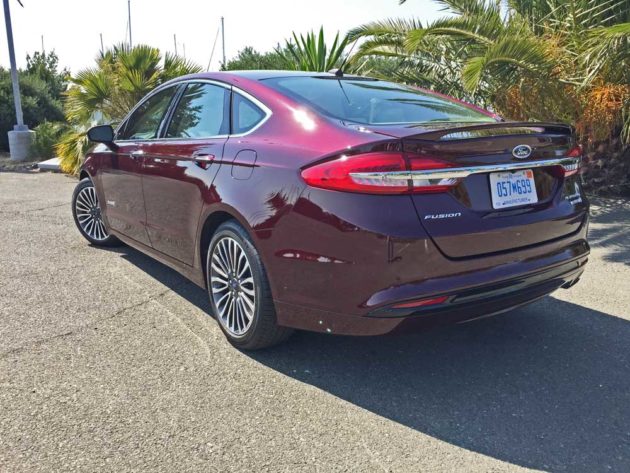 The 2018 Ford Fusion Hybrid costs less than its Fusion Energi plug-in electric sibling and local, regional and national EV incentives are available to significantly reduce the price tag even more, bringing the cost more in line with non-hybrid Fusion models. 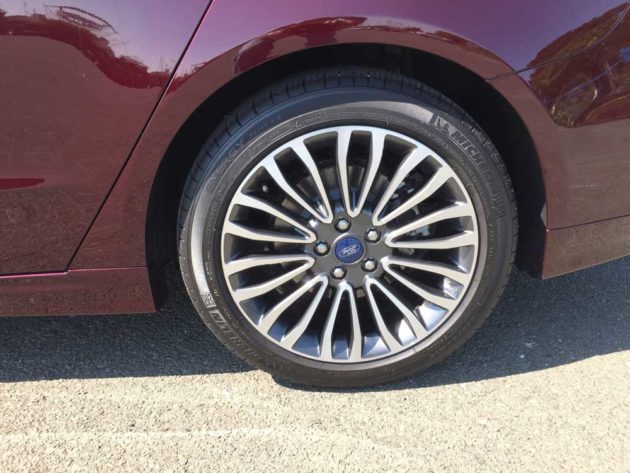 The Hybrid and plug-in hybrid playing field is rapidly becoming more crowded, with several new players entering the game. The Fusion hybrid lineup isn?t necessarily the most efficient, nor do the models offer the most cargo space, but they do look good (and better than many) and they drive well, delivering the latest in safety features, infotainment and connectivity technology.

Bottom line, the 2018 Ford Fusion Platinum Hybrid turns out to be an attractive, practical and acceptably efficient mode of transportation at an affordable price. Other players in Ford?s electrically-assisted vehicles include the Focus EV, the C-Max Hybrid and C-Max Energi. 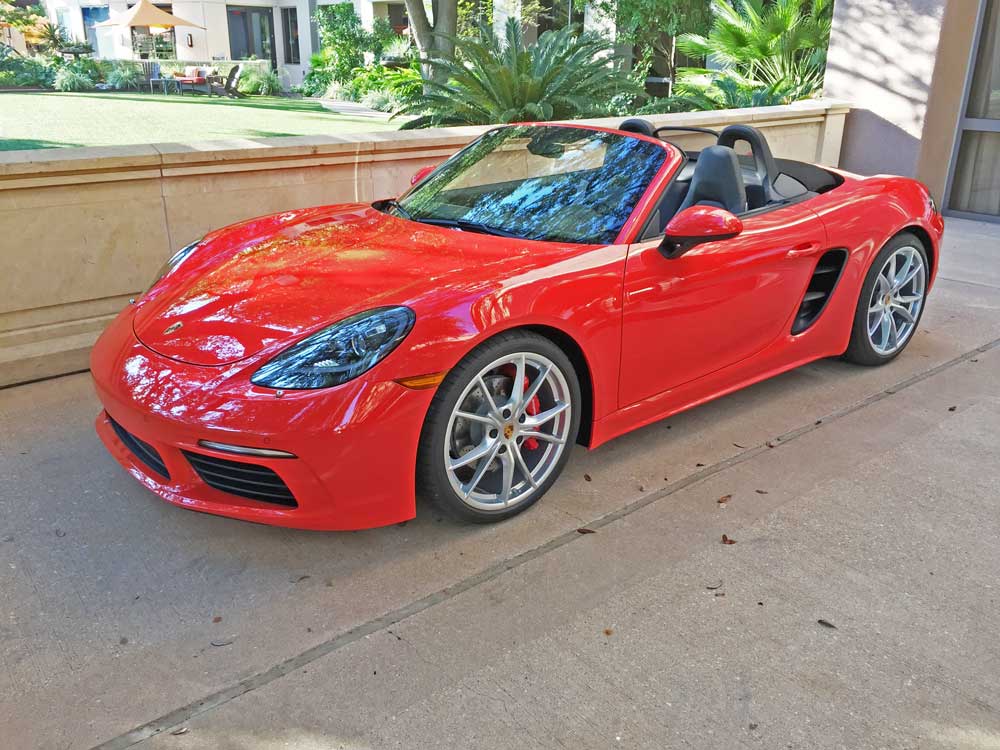