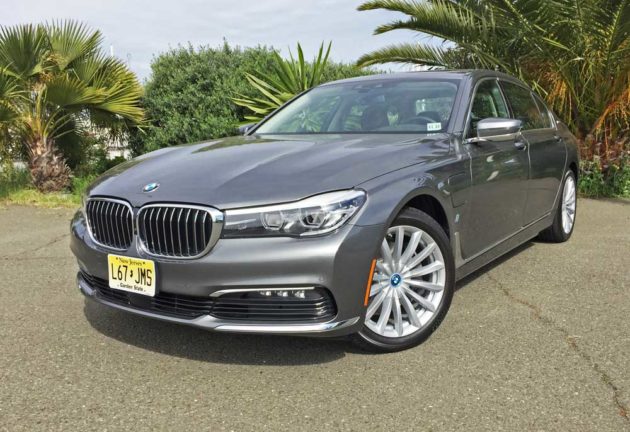 Thanks to both domestic and global vehicular governmental mandates, the auto industry?s focus seems to be shifting from performance excess to more efficient, sustainable transportation. A prime example is the 2018 BMW 740E xDrive iPerformance Plug-in Hybrid sedan. It is the first ever 7-Series to be powered by a four cylinder here in the U.S. Well, sort of?.there?s also electric propulsion involved, making it a hybrid ? a plug-in hybrid at that. 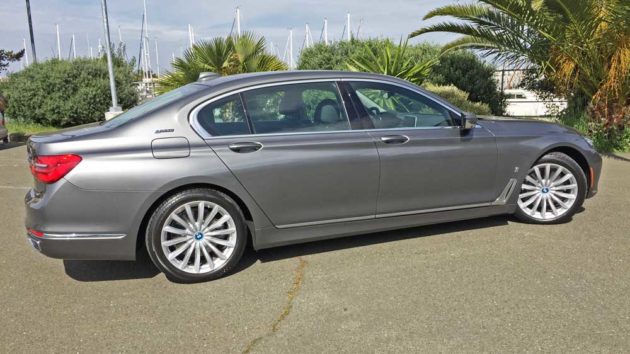 On the bright side, the 740e has plug-in hybrid bragging rights. It?s also sophisticated, offers tons of technological features in a posh environment, plus it serves up a most luxurious ride quality in a quiet cabin. 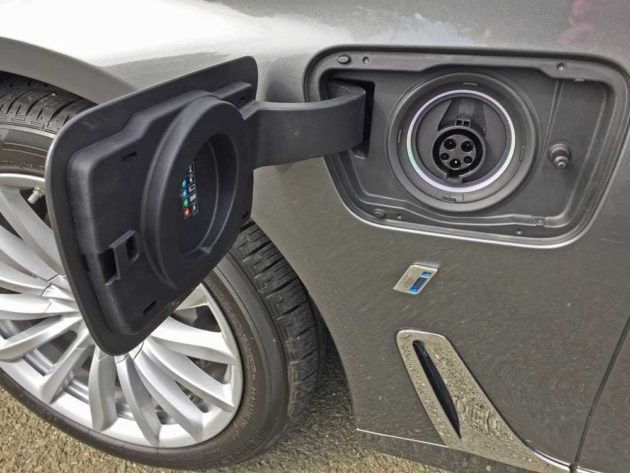 On the not-so-bright side, the fuel economy isn’t what one would expect with the 4-cylinder gas engine. The performance on the other hand exceeds expectations. ? the acceleration is pleasantly surprising from a four-banger in a plug-in hybrid configuration. The gas engine only delivers 255 horsepower, but the electric motor is capable of tacking on another 111 ponies, limited to a maximum total system horsepower of 322 and a maximum torque rating of 369 lb.ft. 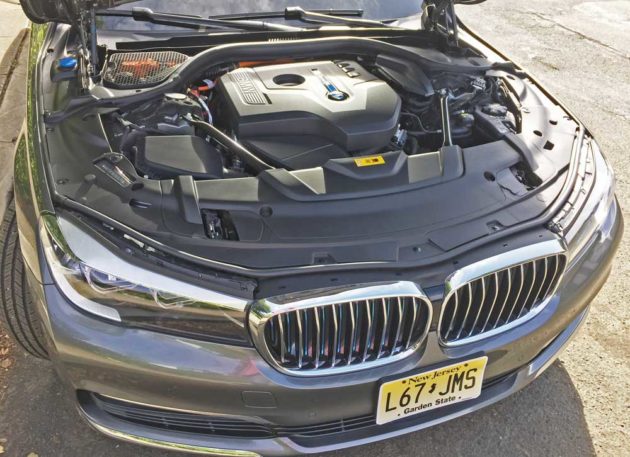 Covering the ground from 0-60 mph takes only 5.1 seconds and the top track speed is limited to 155 mph ? not too shabby for a heavy cruiser that tips the scales at more than two tons.

Motive energy reaches the ground through all four wheels via BMW?s xDrive and the ZF eight-speed automatic gearbox, and it does so quietly and smoothly.

The hybrid powertrain offers several switchable modes: including EV only; battery hold for saving energy until it?s needed; battery charge; and a normal hybrid mode. Also offered is a Sport mode, which increases throttle response as well as damping. In the battery-charging drive mode, drivers may choose the level of charge they would like to have the car reach?say, 80 percent?and the engine will recharge the battery to that level before switching to the battery-hold mode. The BMW 740e Hybrid, with a full charge is capable of traveling up to 28 miles exclusively on electricity in EV mode. With a full charge and in EV mode. 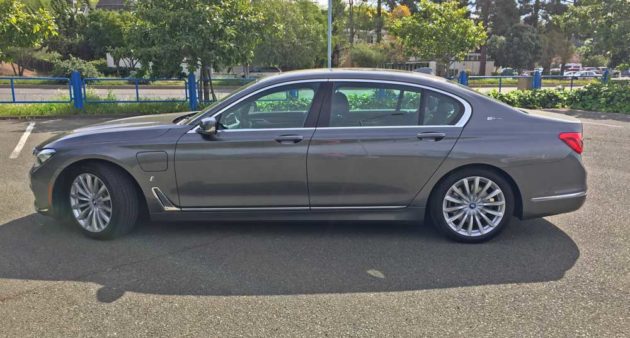 In terms of visual appeal, the BMW 740e xDrive iPerformance Hybrid sedan shares the same elegant exterior styling as the rest of the 7-Series stable, looking basically like the rest, except for the left side fender charge port door, eDrive exterior badging and the 740e designation on the right side deck lid. In profile, the 740e is smooth and aerodynamic, suggestive of forward motion, but in a simple and tasteful minimalist form. The 740e comes only in log wheelbase form. 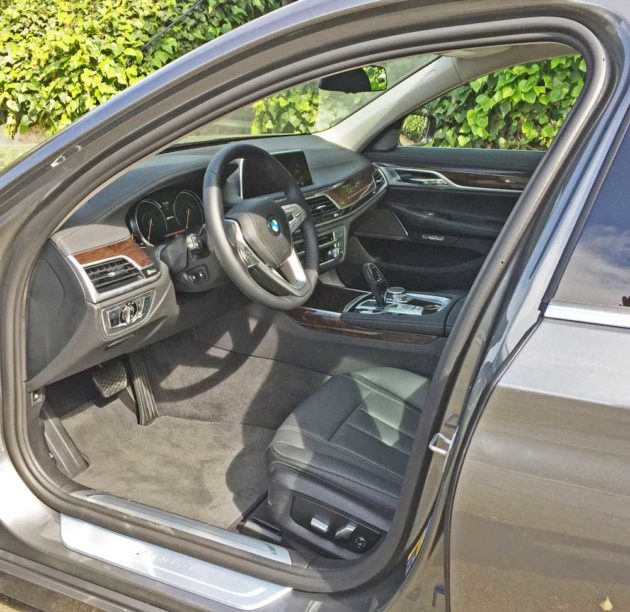 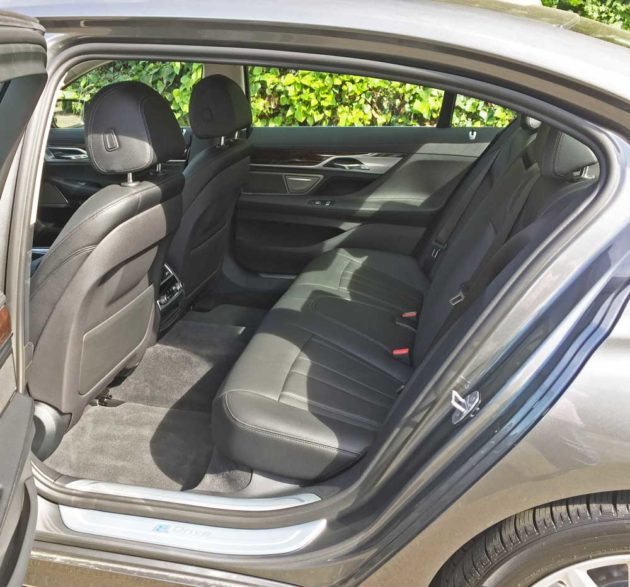 Moving to the interior, the cabin displays all the same sophisticated attention to detail with plush leather, polished Chestnut wood trim accents with inlay and satin finished metal trim features. Controls and switchgear are intuitive and well placed except for the hood release and seat setting buttons, which are positioned where they can be activated unintentionally. 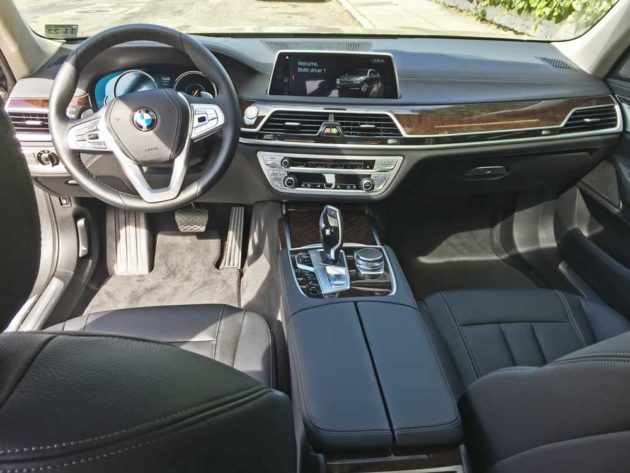 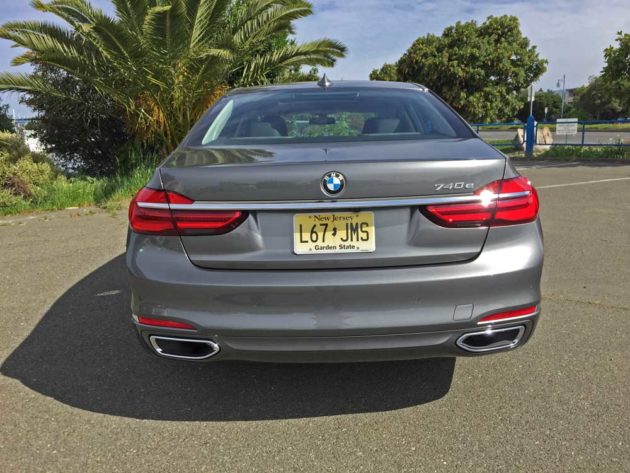 SUMMARY: The 740e is not an inexpensive luxury sedan, but it is fully equipped, with almost every imaginable technological feature available. Okay, there are a few issues, such as it doesn’t park itself, but only offers aids such as an around view camera and alerts, and there?s also no rear video entertainment system, but the Active steering, wireless charging, WiFi hotspot and other goodies tend to make up for any shortcomings. 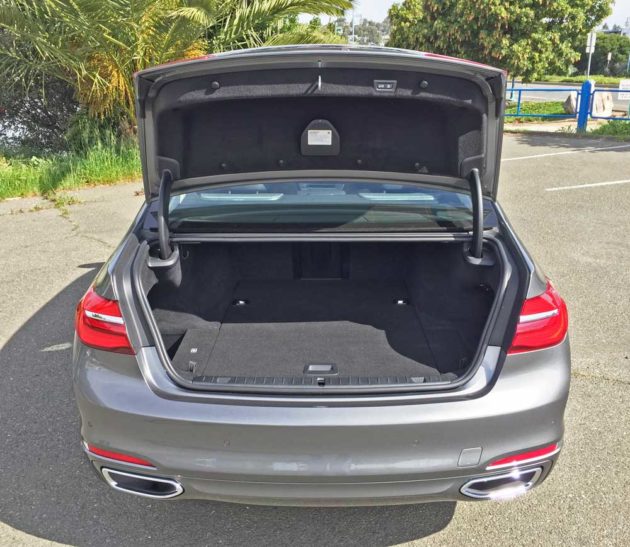 The ride quality and handling characteristics are exemplary and the acceleration is surprising for a heavy four-cylinder powered luxury sedan. The fuel economy is nothing to write home about, given that the 28-mile EV mode dissipates rapidly when driving in a spirited manner ? the gas engine automatically kicks in at 87 mph and EV mode is only good for a very short stint. A conventionally gas powered 7-Series weighs less and would likely fare just about as well in terms of fuel economy and is more agile when romping over twisting scenarios. The 740e has more body roll than other 7-Seroes models, due to its added battery weight. 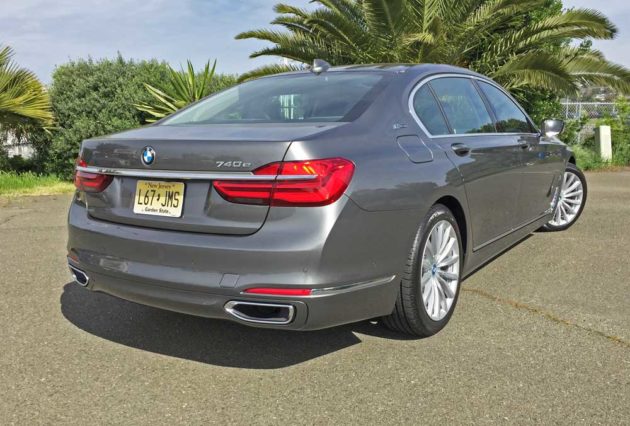 The battery pack also intrudes into the trunk space, reducing it by roughly 3 cubic feet from other 7-Series models, but it?s still big at 15 cubic feet. 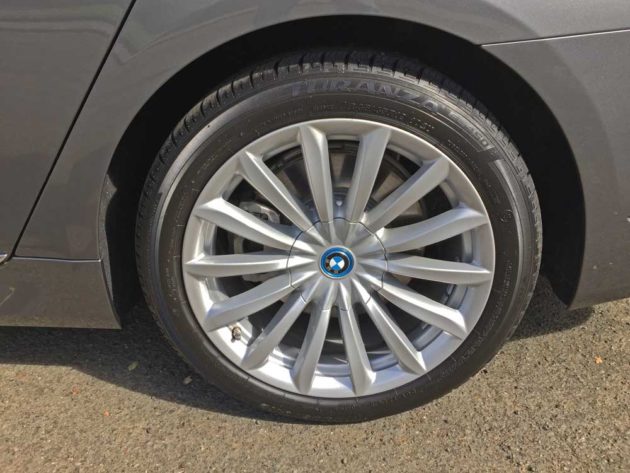 Position-wise, the 740e falls in between the 740i and the 750 xDrive models. The choice is yours ? 4, 6, 8 or 12 cylinder power ? BMW is introducing a new model this model year ? the BMW M760Li x Drive, second in power to only the exclusive Alpina B7. It?s all a matter of priorities. 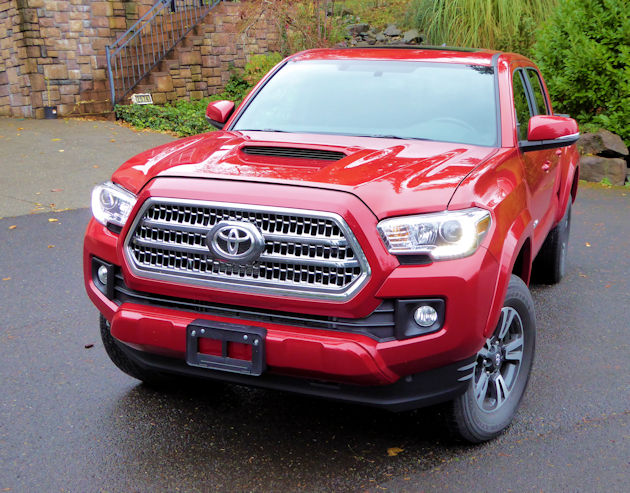