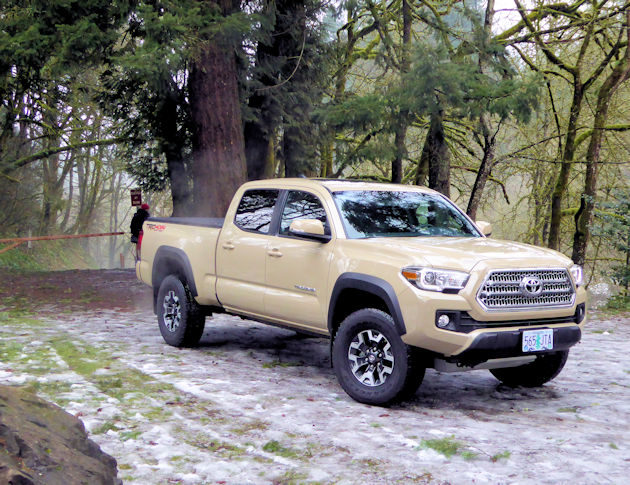 Some people need a full-size pickup because they are pulling something big, like a trailer or boat; while others just like to drive trucks. For those who like trucks and occasionally must haul something or pull something, we think the 2017 Toyota Tacoma offers a great opportunity to drive something a more manageable size.

Dimensionally, the Tacoma is about 7 or 8 percent smaller than Toyota?s full-size truck, the Tundra. That might not seem like much but we think it?s more agile and drivable, especially in parking lots and other crowded spaces. Plus, it fits nicely in most garages allowing space to walk around it. In our mind, we?d call it pretty close to the a ?just right size? pickup. 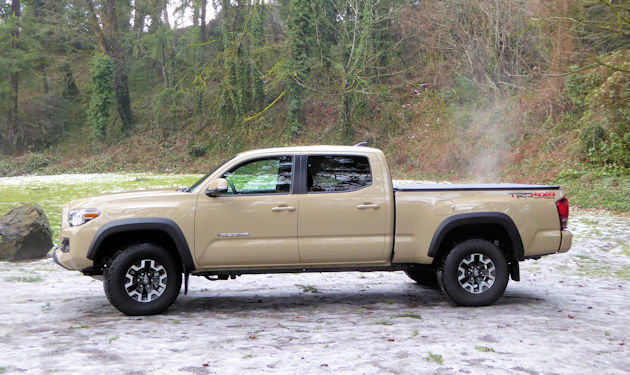 The Tacoma has been around for 32 years, and the 2017 model represents the third generation of the mid-size pickup. The latest version debuted in September 2015. It didn?t get a typical clean-sheet redesign, rather Toyota designers played to the wishes of Tacoma enthusiasts with a new cabin structure, power plants, a tuned suspension and by making it significantly less noisy. The changes seem to be working, too. The first year out, 2016, the Tacoma was Toyota?s third bestselling vehicle, even out-selling the popular RAV-4 compact SUV. 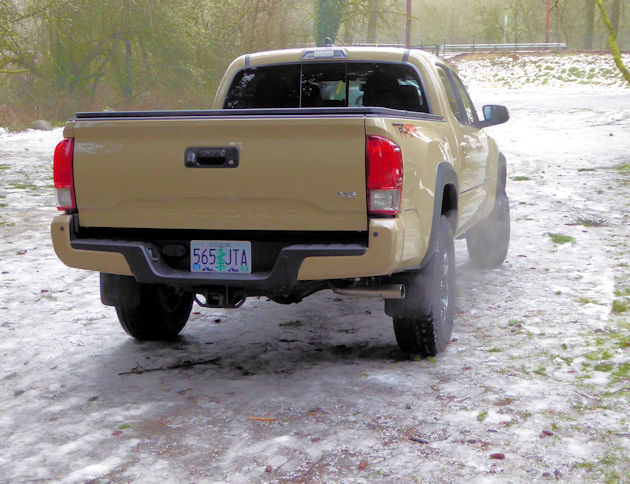 The size has stayed the same but the design features are evolutionary but with a more assertive demeanor and with a couple of styling cues from the full-size Tundra. Buyers have a choice of short and long bed (roughly 5 and 6 feet long) and either a Double Cab or Access Cab. The double cab has four doors and a good size (three-passenger) rear seat. The access cab has small fold-out seats behind the front seats, but it?s a space better used for cargo, although it?s nice to have room for a couple of passengers in a pinch. The standard cab version has been put to rest. 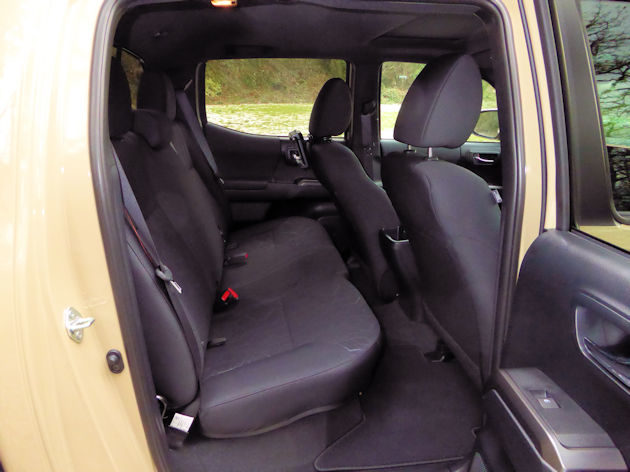 Available engines include a 159-hp 2.7-liter four-cylinder engine, but the 278-hp 3.5-liter direct-injection is the standard engine in all but a couple of lower-level trims. The four-cylinder engine comes with a choice of five-speed manual transmission or six-speed automatic. The V-6 gets a standard six-speed manual and optional six-speed automatic. All the rear-wheel drive Tacomas are available with 4WDemand part-time four-wheel drive. 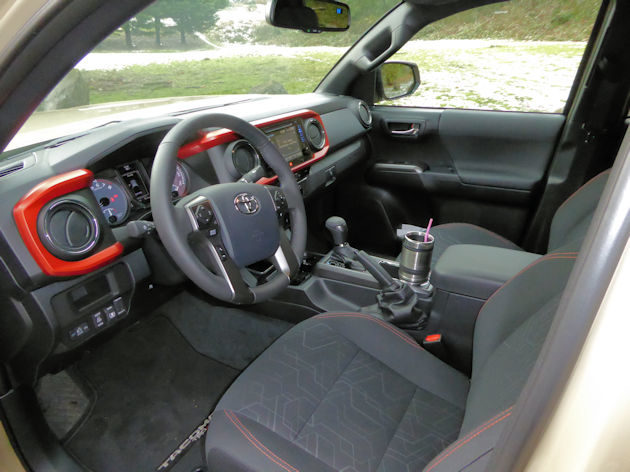 Our V-6 powered Tacoma TRD Off-road test vehicle with a double cab and long bed, automatic transmission and four-wheel drive gets an EPA fuel economy rating of 18 mpg city, 23 mpg, highway and 20 mpg combined. We averaged 19.3 mpg during a week of testing. The buff magazines list a 0 to 60 mph acceleration time of 7.7 seconds. When equipped with the available V-6 Tow Package the Tacoma has a 6,800-pound towing capacity. 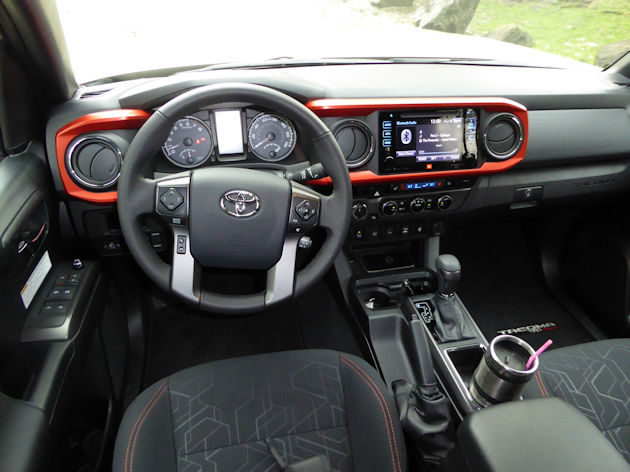 The truck has a typical Toyota feel which means good acceleration, quick shifting, smooth ride ? in short, it?s refined, responsive and comfortable.
The Tacoma has a reputation for being a tough durable truck much of which comes from the extensive use of high-strength steel in the frame and the hot-stamped ultra-high strength steel in the body construction. The suspension is a double wishbone coil-spring system in the front and a leaf spring rear suspension with staggered outboard-mounted gas shocks in the rear. 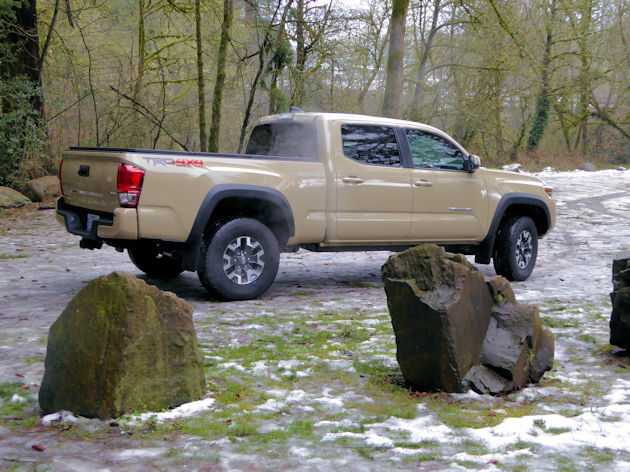 There are 31 available models of the 2017 Tacoma offered when tallied with the cab, bed, trim level, engine and transmission variables. The basic models include SR, SR5, TRD Off-Road, TRD Sport, Limited and TRD Pro (the newest model with enhanced off-road abilities). Prices start at $25,280, including the destination charge, for the SR with V-6 engine, two-wheel drive, automatic transmission and long bed. The top-of-the line Tundra TRD Pro with automatic transmission has a base price of $42,960. 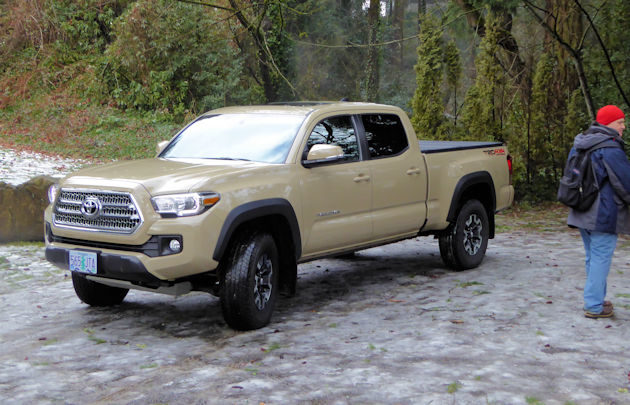 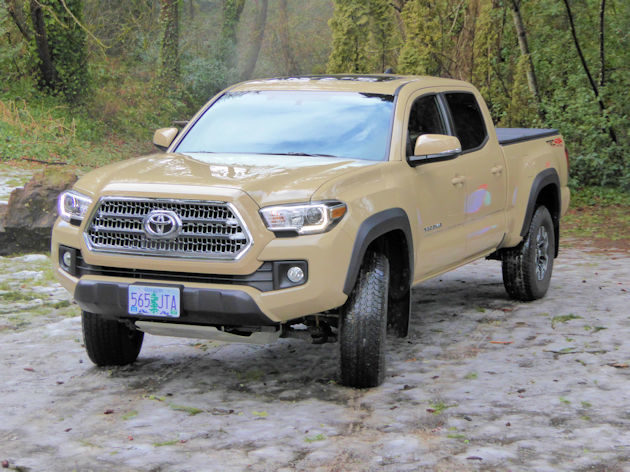 The 2017 Toyota Tacoma is a very impressive midsize truck with nearly everything a truck owner could want, except the larger cargo and towing capacities. We think it makes great sense for someone who wants to drive a truck but doesn?t need the size. Customers seem to be loving it, the Tacoma has been the top selling mid-size pickup for the last 10 consecutive years. 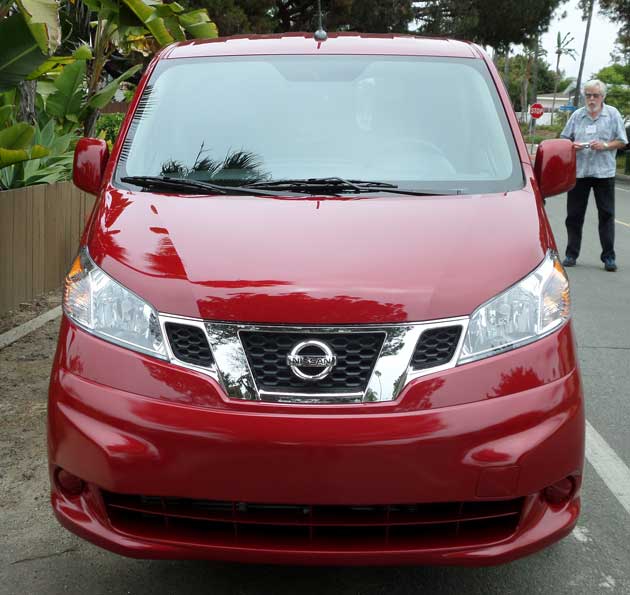 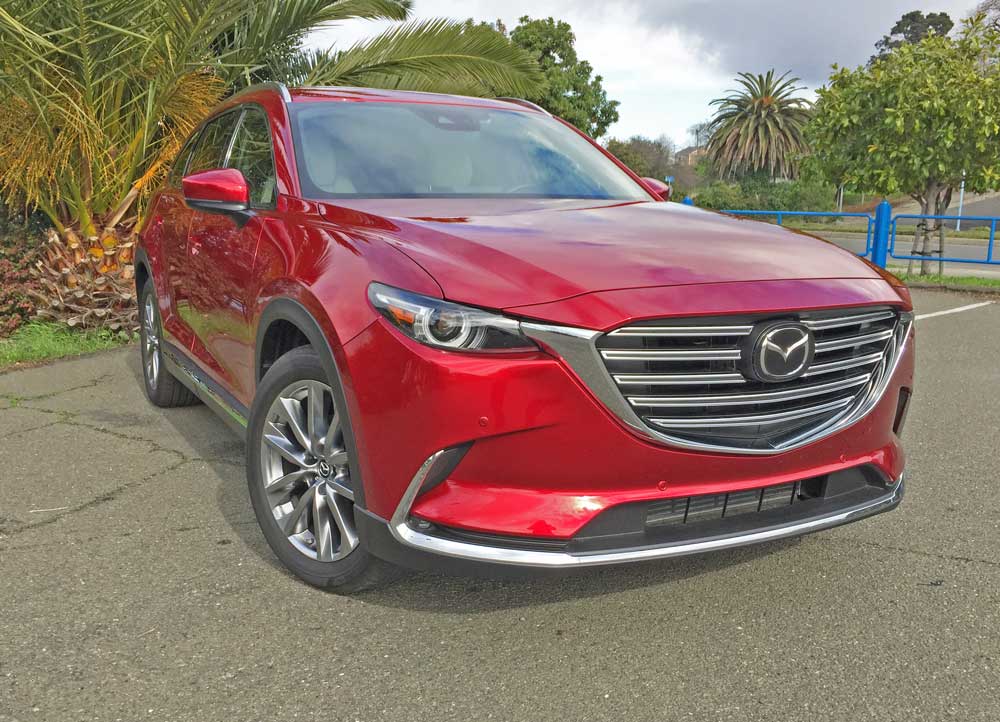