When an auto manufacturer goes out on a limb and creates something different, the critics often have a field day taking pot shots at it. We checked out the early reviews on the Range Rovers Evoque Convertible, and they were much more positive than we expected. After spending a week driving one, we know why.

The 2017 Range Rover Evoque Convertible could be considered a new kind of crossover, or whatever you might call a blending of attributes into one stylish fun-to-drive vehicle. Imagine a vehicle with the rugged off-road capabilities of a Land Rover, classic British refinement, seating for four adults all under a soft top that drops in a mere 18 seconds (or goes up in 21 seconds.) Did we mention that the roof can be raised or lowered while traveling at speeds up to 29 mph? 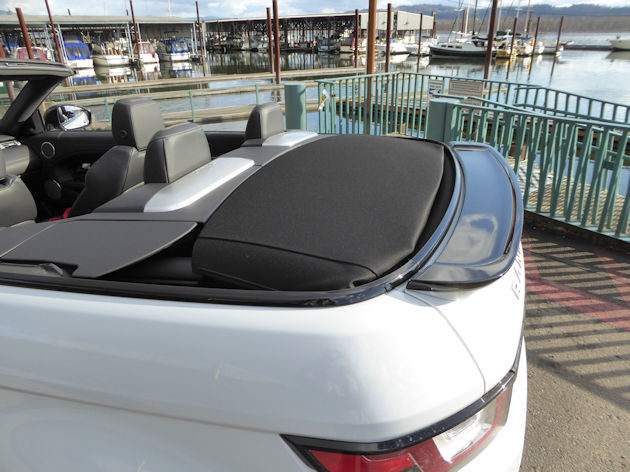 The Convertible adds a third model to the sporty Evoque menu which also includes a two-door coupe and the popular four-door. Like all upscale convertibles, the Range Rover version is solidly built and we felt no cowl shake, no body twisting, no wind leaks (with the top up) or squeaks. The Convertible has been so well-built it has a higher torsional rigidity than the Evoque Coupe. It also looks very different from the typical convertible and has a higher seating position, too. 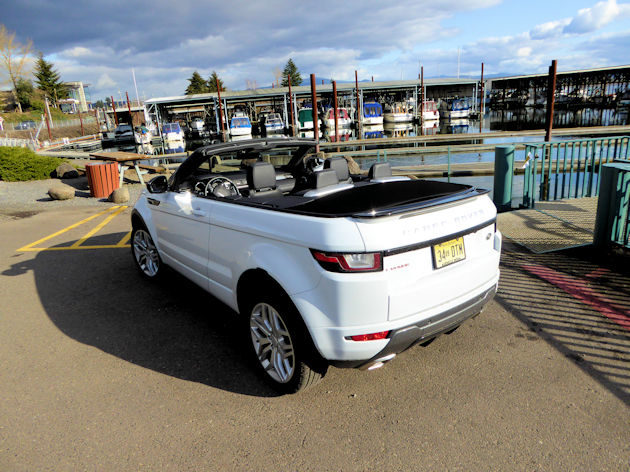 Alan Volkaerts, Land Rover Vehicle Line Director, explained it like this: “Producing a convertible Range Rover presented a unique set of engineering challenges, including maintaining torsional rigidity despite the removal of the roof structure, providing roll-over protection in an open-top vehicle designed to tilt to 35 degrees, and offering the luxurious interior refinement demanded by Range Rover customers. The brand’s exhaustive test schedule ensures all of those targets have been achieved. The Range Rover Evoque Convertible is not only a convertible for all seasons, it’s also every inch a Land Rover.” 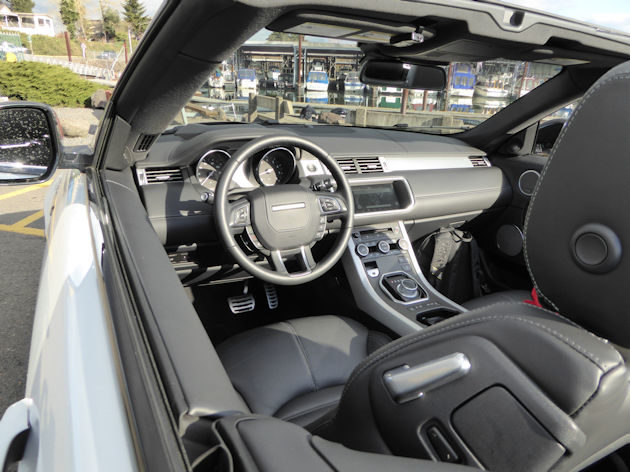 Unlike many convertibles, the rear seat of the Evoque has room for two adults. The cargo space remains at a fixed at 8.9 cubic feet ? top up or down. That provides enough room for four adults and luggage for a weekend getaway, if everyone packs light. Better yet, it?s perfect for a couple adding lots of extra storage space in the rear seat. There?s even a small pass through from the rear seat to the cargo space for longer items. 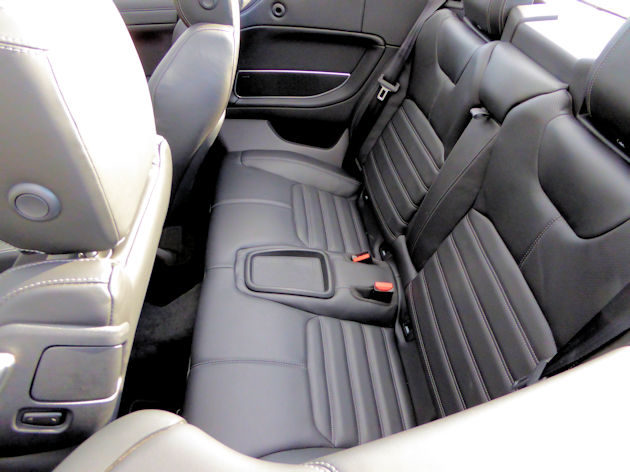 Like the other Range Rover Evoques, the Convertible uses a 240-hp 2.0-liter turbocharged four-cylinder engine. The transmission is a smooth new nine-speed automatic controlled by a large dial that rises out of the center console when the engine is started. The driver can then use steering wheel mounted shift paddles for better engine control or just for the fun of shifting through the nine speeds. 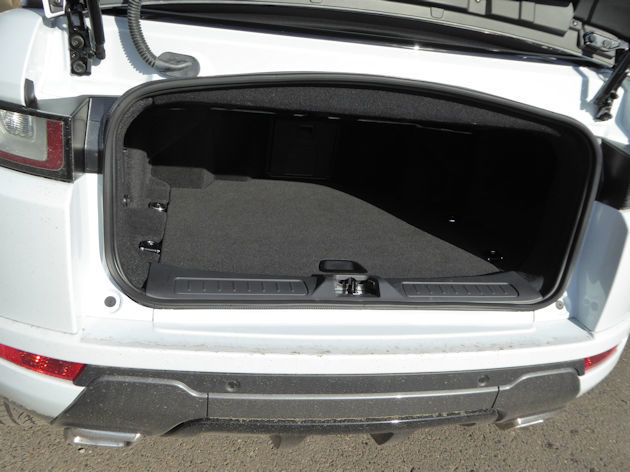 Standard equipment on the Evoque includes an Active Driveline system which switches from four- to two-wheel drive as speed increases above 22 mph. This reduces driveline friction to increase efficiency, however if slippage is detected it seamlessly switches back to four-wheel drive in the blink of an eye, or about 350 milliseconds. The system also has two electronically controlled clutches that distribute torque to the rear wheel with the best grip. It also monitors dynamic behavior on all four wheels and applies Torque Vectoring by braking one wheel to correct understeer, thereby improving vehicle agility. 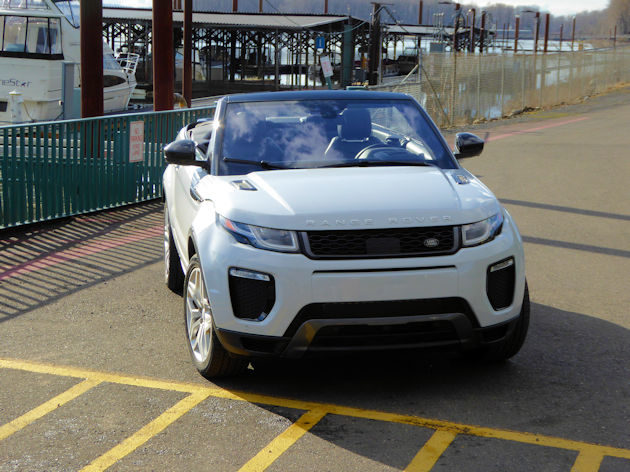 The turbocharged four-cylinder engine doesn?t offer the same neck snapping acceleration as the big Range Rover supercharged V-8 engines, but for this vehicle, we think it?s just right. At 4,300 pounds, the convertible is no light weight, but it feels spunky and agile. The manufacturer says 0 to 60 mph takes 7.8 seconds and it has plenty of power to accelerate onto the freeway and even for quick passing on two lane highways. 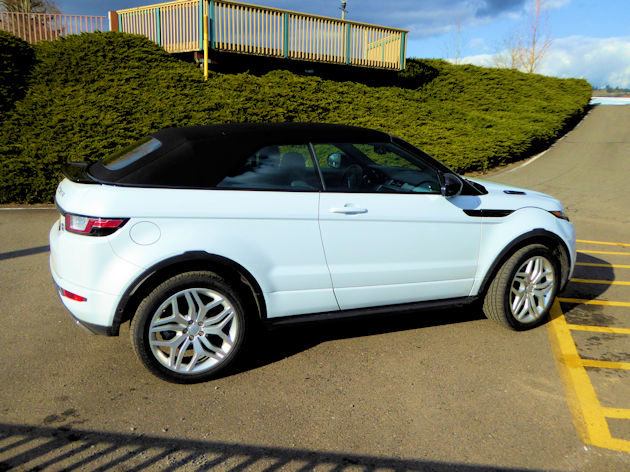 It is important to note that the Convertible is designed with the same off-road capabilities as all the Range Rover models. Equipped with the optional tow package the convertible can tow up to 3,307 pounds of adult toys or even a small travel trailer. The EPA lists fuel economy at 20 mpg city, 28 mpg highway and 23 mpg combined. We averaged 24.2 mpg during a week of spirited driving. 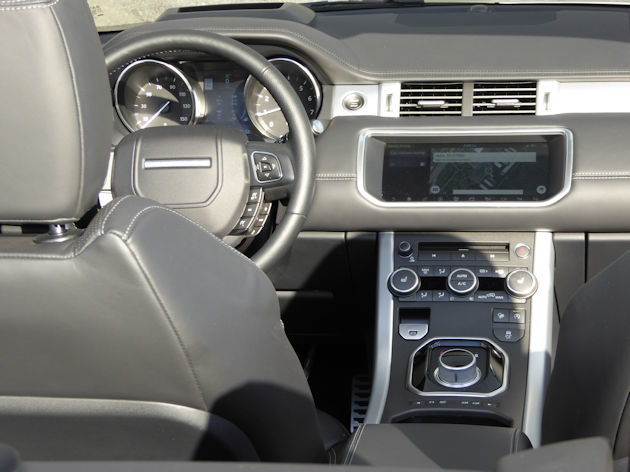 The latest Range Rovers all have a high level of standard and available technologies and driver aids. Some of the features that caught our eye, were the adaptive LED headlights and InControl Touch Pro? high-resolution infotainment touch screen with its Solid-State Disk technology. You can even get your own mobile Wi-Fi? hotspot and a Connected Navigation system that enables door-to-door route planning and guidance including public transportation options, if needed. There is also an available smartphone app that helps the driver continue directions outside the vehicle. The same system can even suggest the best daily commute route and find the nearest available parking lot ? that?s the ultimate in off-road aids.

The available Land Rover InControl Technological Suite enable the owner to start the vehicle, pre-set interior temperatures, check vehicle status and lock or unlock the doors, plus it provides a host of safety and other assistance features. 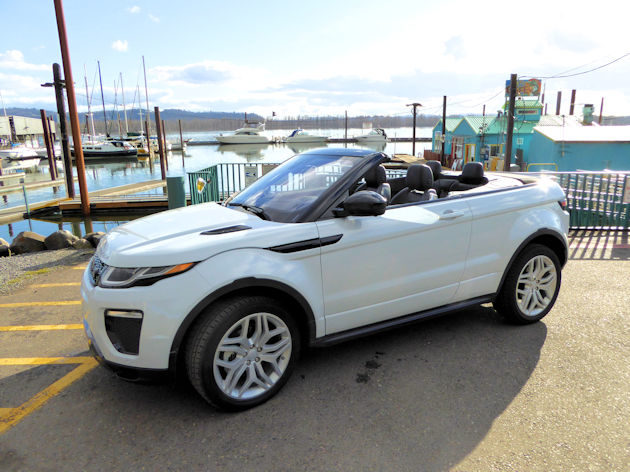 Top up or down the Evoque has a bold look that turns heads. It has clean, muscular lines but it still qualifies as cute. The seating is comfortable and supportive to the point it would be a good road trip car. The only negatives we have about the interior are the difficult to reach seat belts ? a presenter would be helpful. We would also like to have adjustable sun visors with some sort of extension or sliding mechanism to expand the coverage area when the sun is to the side. And while we?re asking for changes, we?d like to have those heaters that blow warm air out of the seat and onto your shoulders. A couple of manufacturers use them on convertibles and they spoil you. Other than that, we think the Range Rover team has done a great job their first convertible. 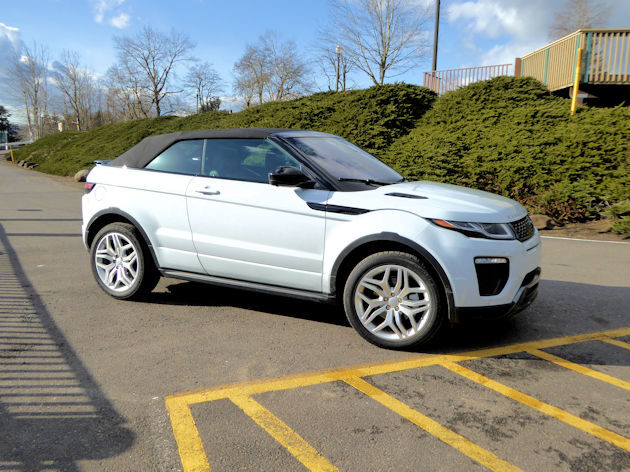 The 2017 Range Rove Evoque Convertible is available in two trim levels, the SE Dynamic and HSE Dynamic. Prices range from $52,995, including the destination charge, for the SE and $58,695 for the HSE. Checking all the option boxes, the HSE Dynamic price can go as high as $72,000.

The Range Rover Evoque Convertible is in a class by itself and it sets new standards for driving fun. There is nothing like it especially when you consider the luxurious appointments and off-road prowess. 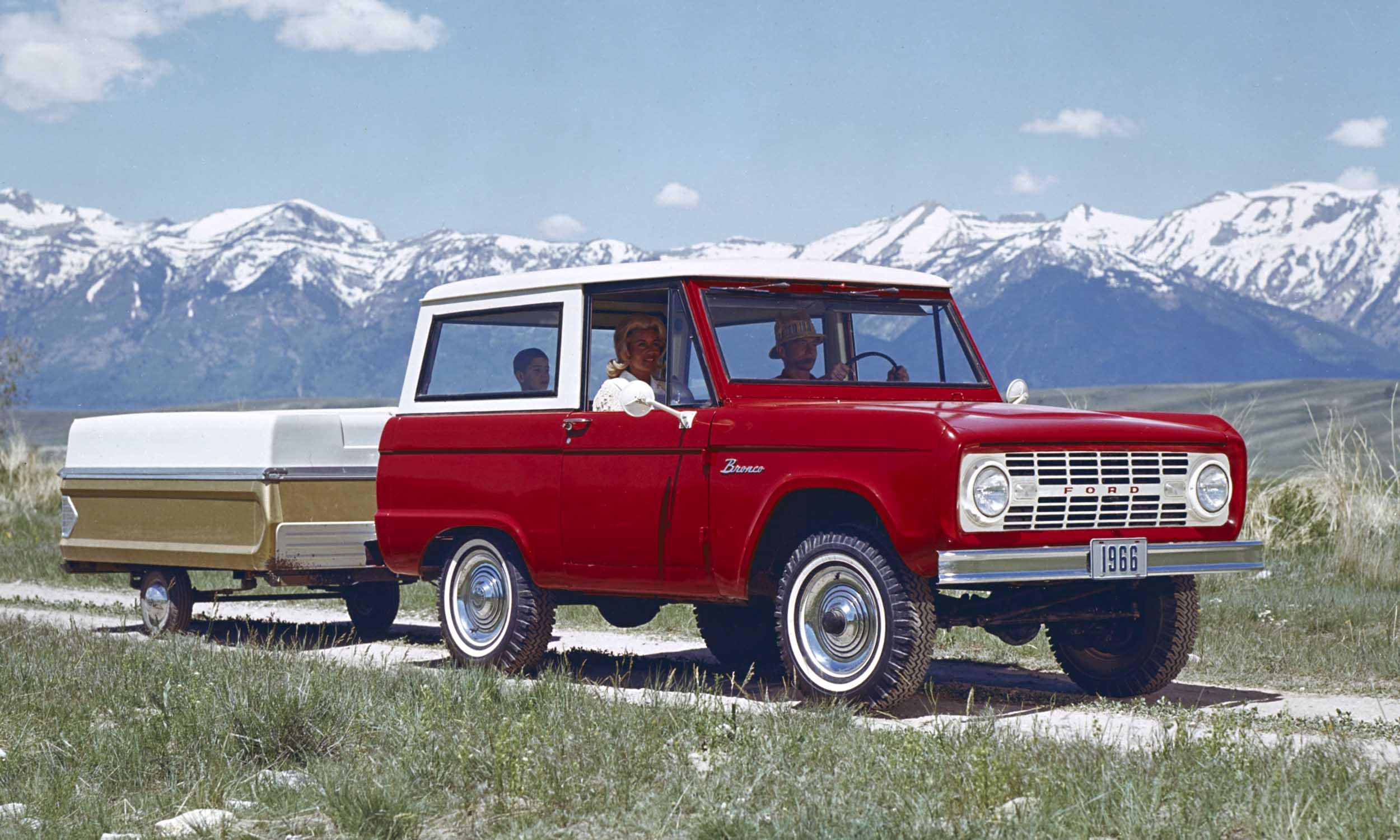 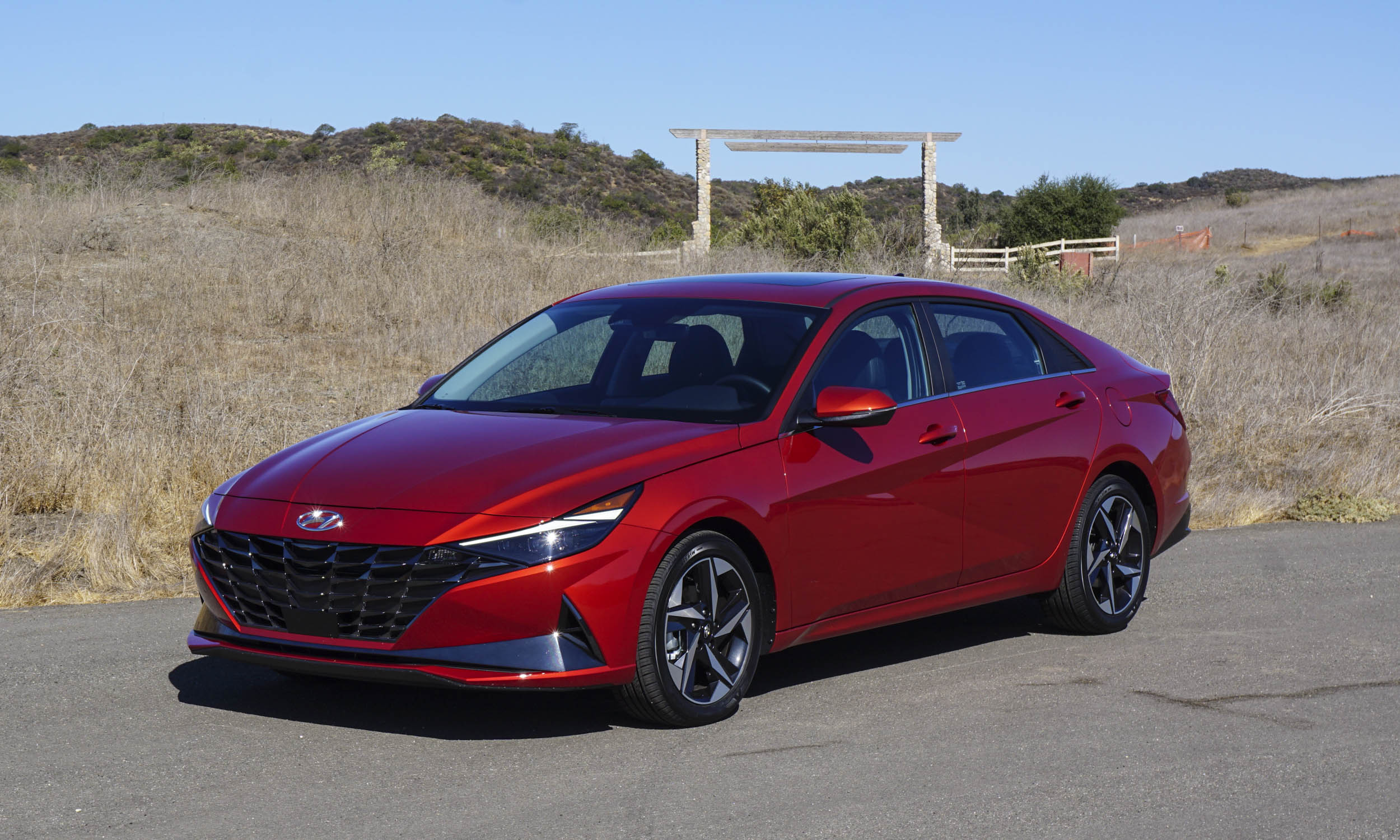