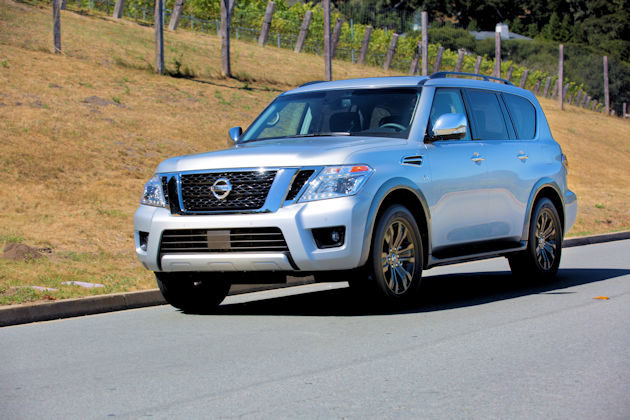 We had initially planned to take the 2017 Armada on a road trip adventure, over the river and through the woods to grandma?s house ? OK the trip was going to be to Montana to visit Bill?s family for Thanksgiving. However, the trip didn?t work out as planned and we stayed home, in southern Washington, for the holiday. That gave us a chance to better see how well the Armada handled the rigors of everyday adventures like errands, appointments and shopping.
With something as big and luxurious as the 2017 Nissan Armada Platinum four-wheel drive it would have been a perfect travel vehicle but maybe for Easter next year.

The Armada qualifies as family size with seating for eight, or seven with the optional second row captain?s seats. Just between the three of us, if you are invited to ride along in the Armada, go for ?shotgun? positon or at least one of the second row outside seats. Those seats are all heated and have more space, plus the rear outboard seats they have the best view of the dual seven-inch entertainment screens mounted in the rear of the front head restraints. The Tri-Zone entertainment system, which is standard in the Platinum model, also includes wireless headsets. It can play DVDs, video games or even hook up to a camcorder through the USB inputs. 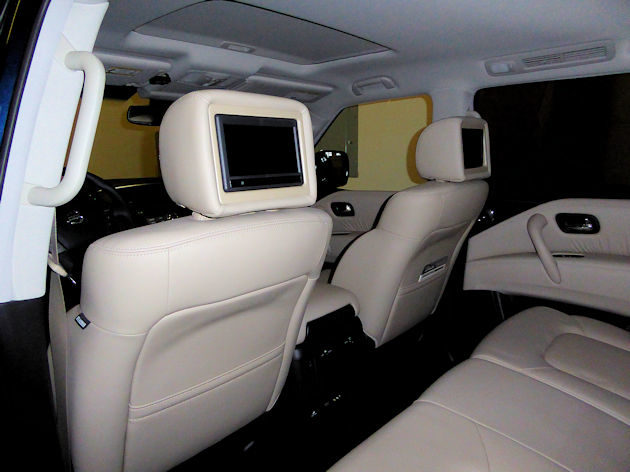 In the eight-passenger configuration the second row is a bench seat which will hold three adults, but the third row is best left for wee ones or petite adults. Fortunately, the third-row seat back reclines using a power switch mounted on either side of split backs. When the seat is reclined a couple of adults can ride there in about a much comfort as economy seating in an airplane. With three rows in play, the cargo space gets a bit tight with only 16.5 cubic feet available, and less if the rear seat back is reclined. With the third row folded space expands to 49.9 cubic feet, and with the second row also folded there is room for 95.4 cubic feet of stuff. 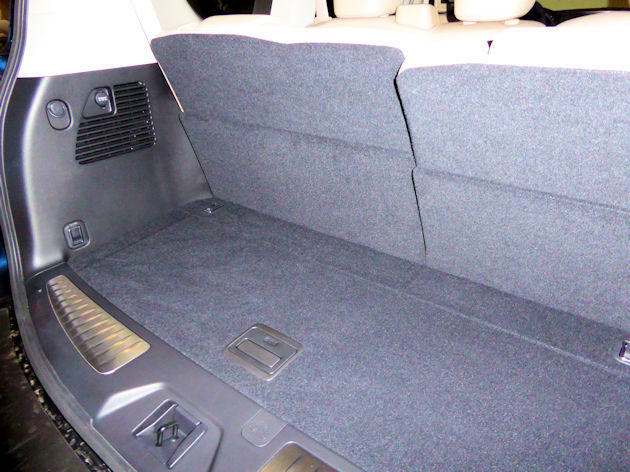 It?s hard to make a big boxy vehicle?s design unique, but Nissan designers gave the Armada a distinctive look from the bold Nissan Family grille over clean sides, with contrasting color flares back to the distinctive ?D? pillar. Giant 20-inch alloy wheels bring the design together with a sophisticated, yet rugged look.
The 2017 Armada is well-equipped with most of the latest technologies and driver aids which we think are essential on all new cars. Included on our Platinum model were features like Intelligent Cruise Control, Blind Spot Warning, Backup Collision Intervention, Forward Emergency Braking, and Lane Departure Prevention and Warning. It also has an Around View Monitor, Rain-sensing wipers, and Moving Object Detection system. 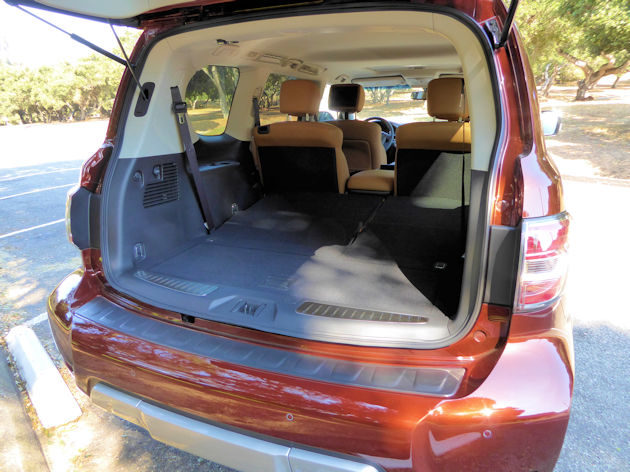 A double-wishbone front and rear suspension with large stabilizer bars at both ends is mounted to an all-new fully boxed all-steel frame. The resulting rigid body structure creates a very comfortable, predictable ride and handling, especially considering the large size of the Armada. Acoustic glass in the windshield and front doors help mute exterior sounds to produce a low interior noise level, which adds to the overall comfort level. 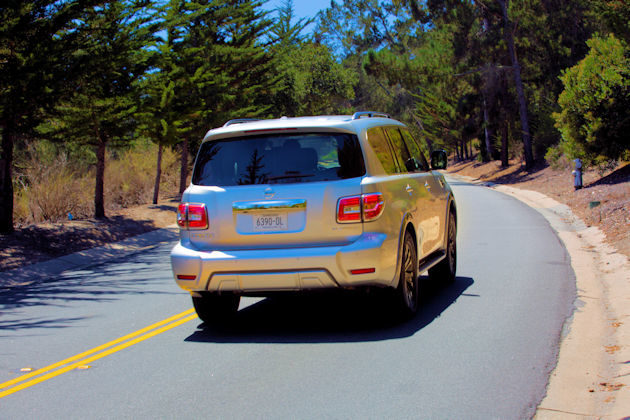 With a best-in-class horsepower rating of 390, the 5.6-liter DOHC Endurance V-8 engine in the Armada produces excellent performance for the three-ton SUV. One of the buff magazines report a 0 to 60 mph time of 6.3 seconds. We found that it has plenty of power for passing and accelerating through the freeway on-ramps. Fuel economy has an EPA rating of 13 mpg city, 18 mpg highway with a combined average of 15 mpg. We averaged 16.7 mpg during our local adventure driving. 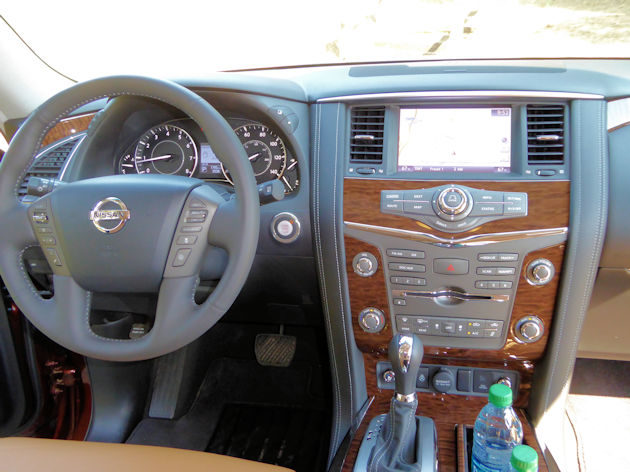 This second-generation Armada has a standard seven-speed automatic transmission, up from the previous five-speed. The extra gears improved acceleration on the low end and produced quiet cruising and better fuel economy with the top gears. The transmission shifts quickly and we appreciate that it has a manual shifting mode on the console mounted shifter. 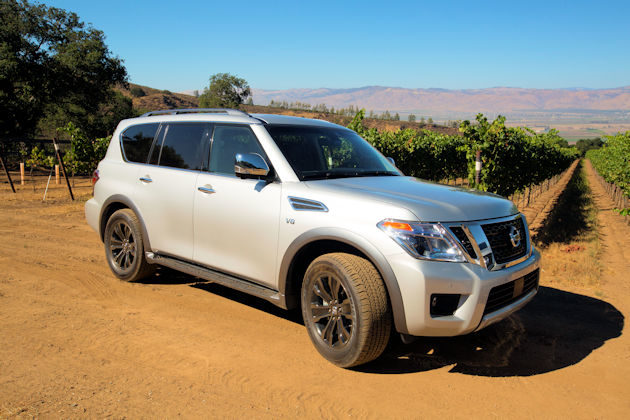 Other than added passenger capacity, one of the main reasons for buying a big full-frame SUV is the extra towing capacity. The big Armada boasts a best-in-class 8,500-pounds towing capacity. The rear suspension has an automatic leveling function that keeps the Armada level even filled with passengers or when pulling a trailer. 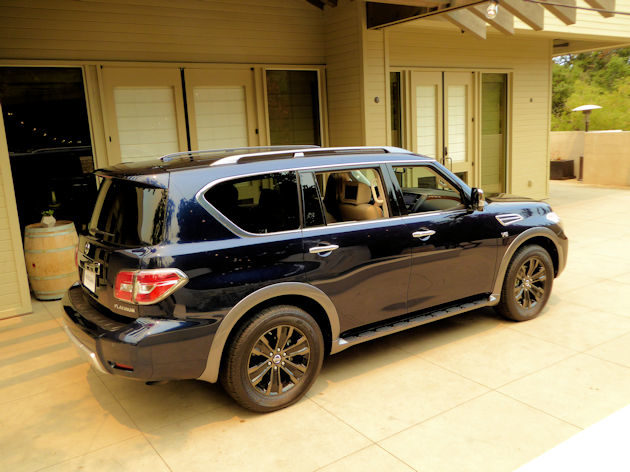 Although our personal choice would be for something smaller and more agile, we give the 2017 Nissan Armada high marks across the board. It?s comfortable to drive, to ride in and it handles the functions owners expect from a vehicle like this, with flying colors. 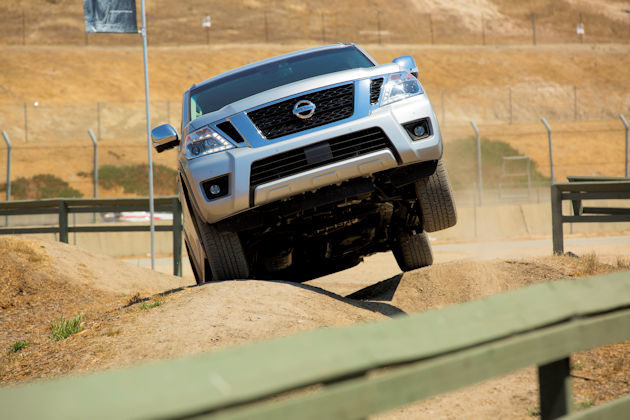 Bill drove it in an off-road demonstration course at the introduction earlier this year and it does all the things he expected from an off-road vehicle. Plus, the Armada is stylish, powerful and a good value. 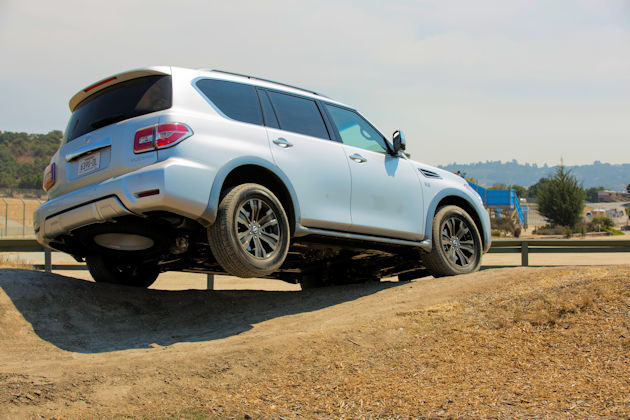 Pricing ranges from $45,995, including the destination charge, for the rear-wheel drive 2017 Nissan Armada SV model and go up to $61,585 for the AWD Platinum model. The only options available on the Platinum edition are second row captain?s seats and choice of colors. All-wheel drive is a $2,900 option on each of the three available trim levels. 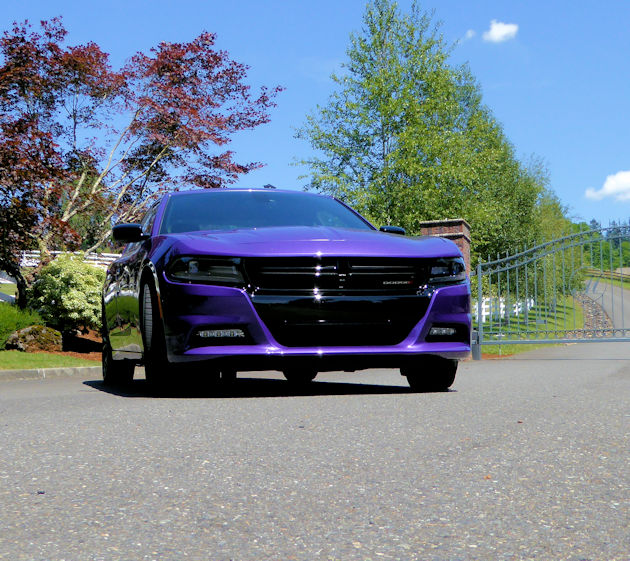 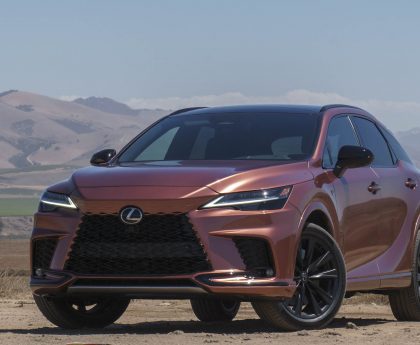