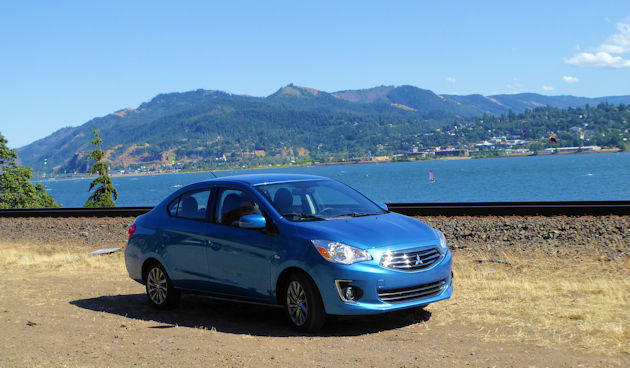 We seldom have an opportunity to drive an entry-level model — the kind of car that is often used by auto dealers to show that you can buy a car for ?as low as? and where the fine print might say, ?only one at this price.?

Generally, the auto manufacturers send us top of the line models with all the bells and whistles, which makes sense ? after all, how can you evaluate active cruise control, automatic headlights or other options if you don?t try them?
Entry-level cars are designed to appeal to someone on a limited budget or someone that?s not into cars and just needs transportation. Very often shoppers in this price range will go for a used car that has more of the features they would like to have. Plus, dealers would just as soon sell the used car because they usually make more profit on a used car. 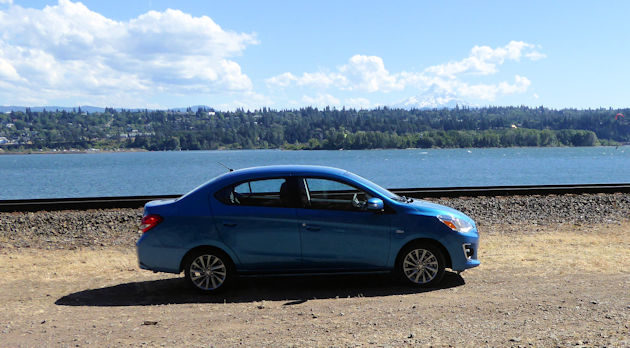 That brings us around to the 2017 Mitsubishi Mirage G4. With prices starting at $14,830, including the destination and handling charge, the Mirage G4 is one of the least expensive new cars on the market today. And for that price you get a nicely equipped, brand new four-door sedan with a 10 year/100,000-mile limited powertrain warranty. 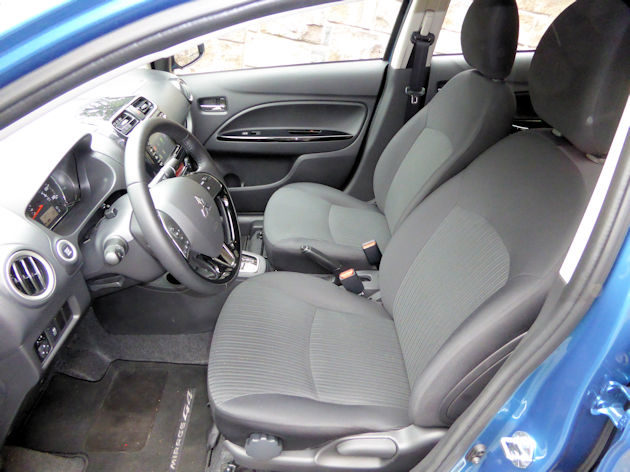 Even at that low price, you get a substantial list of standard features including air conditioning, tilt steering wheel, four-speaker audio, keyless entry, power locks and power windows. It also comes with seven airbags (including a driver?s knee bag), hill start assist, a USB port, intermittent wipers and even front and rear assist grips, that many of expensive cars lack. 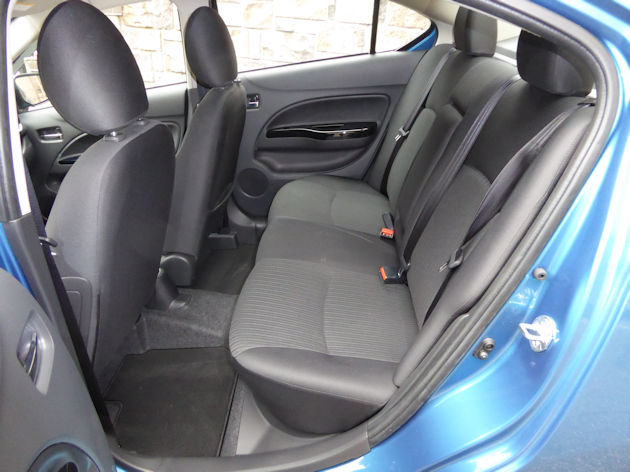 We?ll concede that we didn?t drive the $14,380 Mirage ES with five-speed manual transmission, rather they sent us the SE with a CVT automatic transmission. After all they want us to experience all the bells and whistles of the $17,830 model. 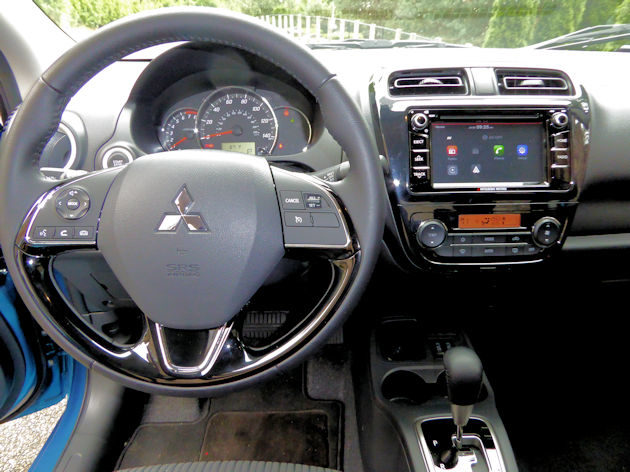 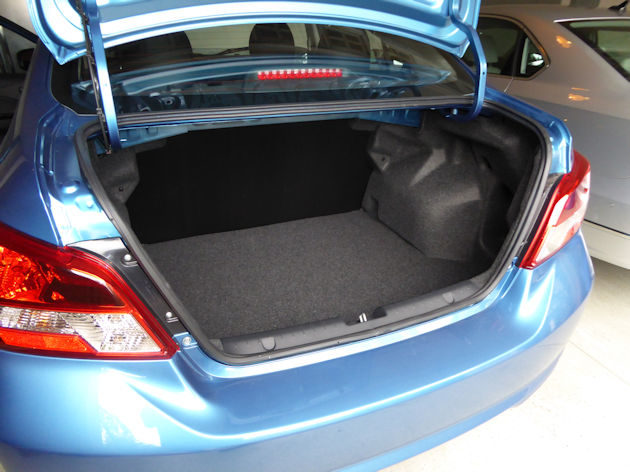 The all-new 2017 Mitsubishi Mirage G4 was developed from the popular Mirage hatchback. While the styling doesn?t qualify as a head turner, it?s not bad looking with its trim lines, smile-like front facia and forward raked body. The inside has attractive cloth/vinyl seats and a well-organized instrument panel with large speedo, tachometer and small digital display for things like outside temperature. The center stack has a large screen that displays the audio, vehicle setup and phone controls. It doesn?t have navigation, but what do you expects for $17,830 ? buy a Garmin. 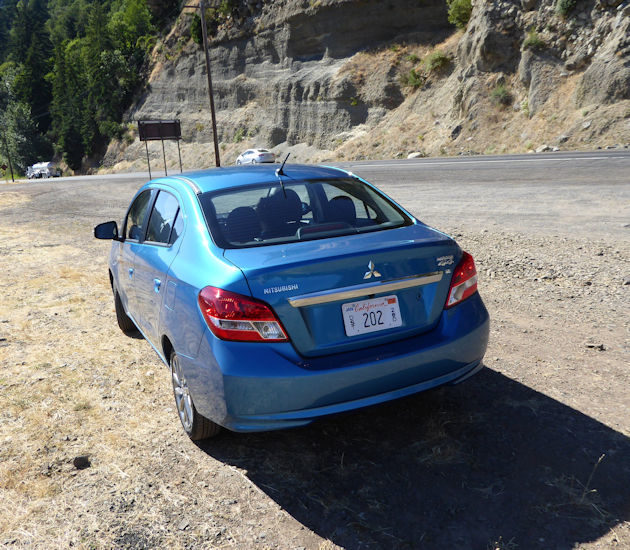 Mitsubishi executive vice president, Don Swearingen explains the G4 like this, ?A few years ago we entered the subcompact segment with the Mirage hatchback and its popularity with consumers has grown every year with its combination of top fuel economy, attractive pricing and one of the industry’s best new car warranties. The new Mirage G4 repeats that value equation in a four-door sedan package. The Mirage hatchback and now the Mirage G4 sedan will form a formidable one-two punch in the subcompact segment.? 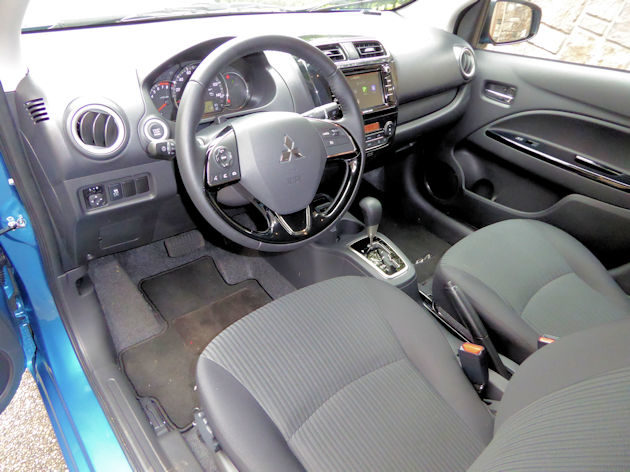 When was the last time you drove a car with a three-cylinder engine? That?s what?s under the hood of the Mirage G4. The three-banger produces 78 horsepower, which ranks near the lowest of any test car we?ve driven in the last 26 years. But the fuel economy is rated by the EPA at 35 mpg city, 42 mpg highway and 37 mpg combined. In real world use, we averaged 36.2 mpg during the week we drove it on a combination of in town and freeways.

The CVT acts different than a conventional geared transmission; you step on the accelerator and the engine speed goes up and gradually the car?s speed starts to catch-up with the engine. It uses variable pullies and a belt, but it feels like there are rubber bands involved, but that?s the nature of a CVT and that smooth transition using pulleys and belts, instead of gears, is help get great fuel economy. 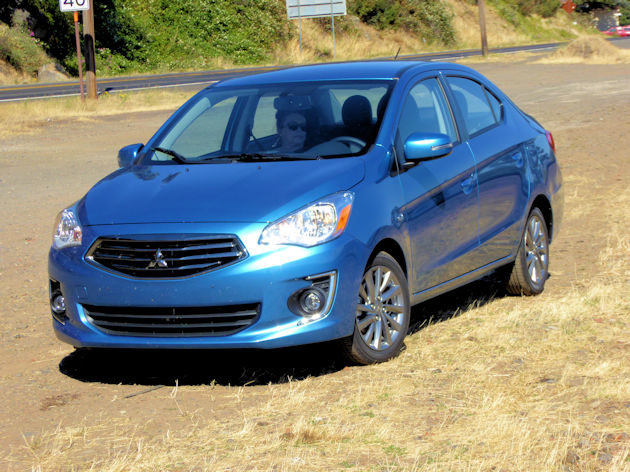 This is not a car we would feel comfortable with trying to pass quickly on a two-lane highway. A 0 to 60 mph run takes 12.8 seconds according to one of the buff magazines. This is a car that we?d set the cruise control a couple notches up from the speed limit and enjoy cruising along listening to the music, audiobook or old fashioned conversation.

While the 2017 Mitsubishi Mirage G4 is not the car for everyone, a value-conscious shopper can get a lot of car for a $14,830 investment, and if you watch the local dealers you may find one on sale making it even more of a bargain. 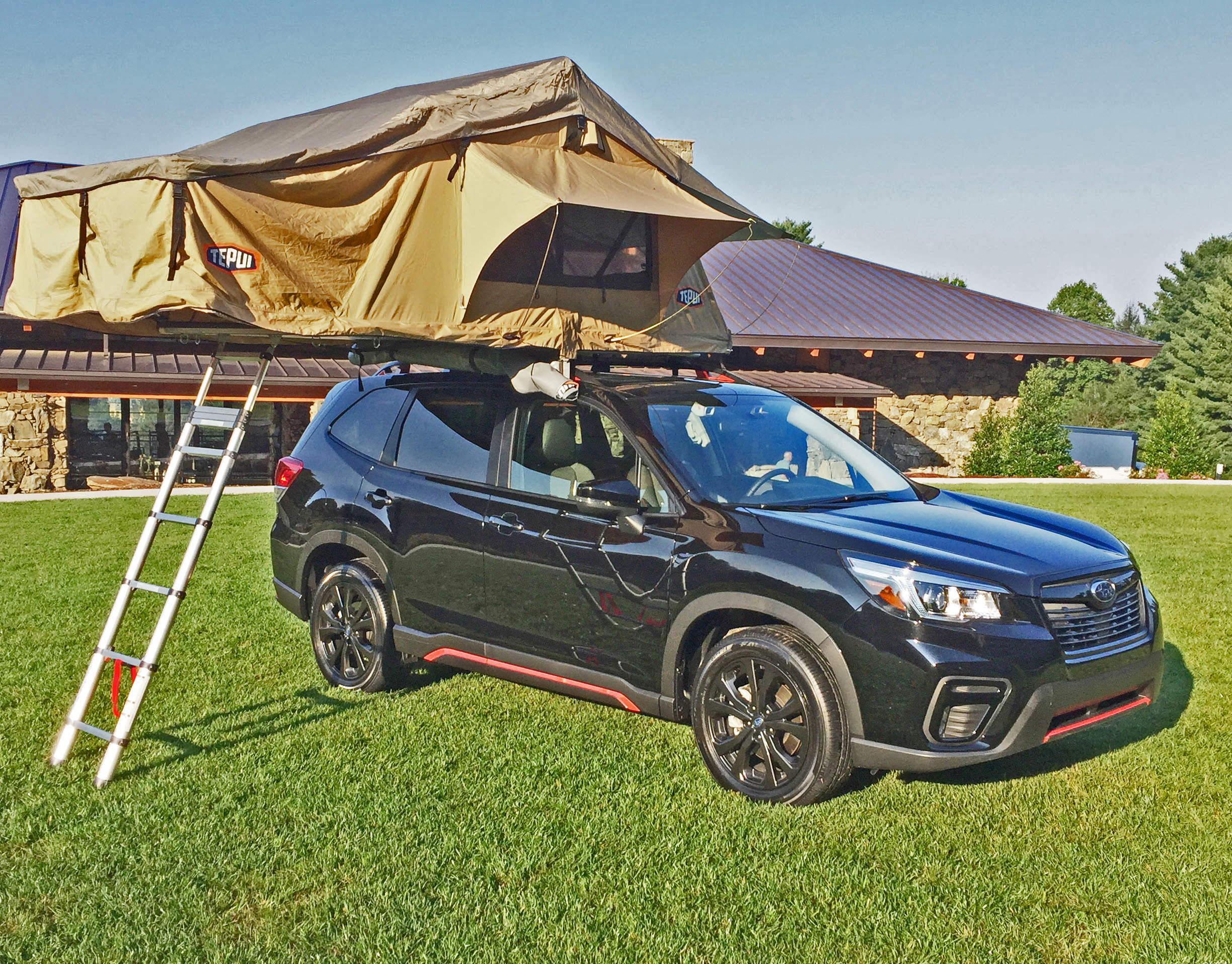