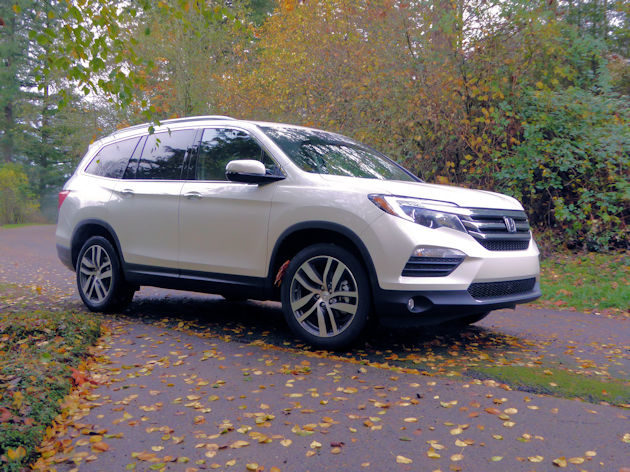 Honda has been going through a styling renaissance with all its vehicles the last few years, and the Pilot SUV took off with a new sleek design starting in 2016 model year

All new from the ground up, the second-generation Pilot has been replaced with a sophisticated body style, sleek muscular lines, broad grille with integrated headlights and even standard LED headlights on the top model. A product of intensive wind-tunnel tuning and weight saving engineering, the slick new Pilot is 3.5-inches longer but weighs about 300 pounds less than the previous model. 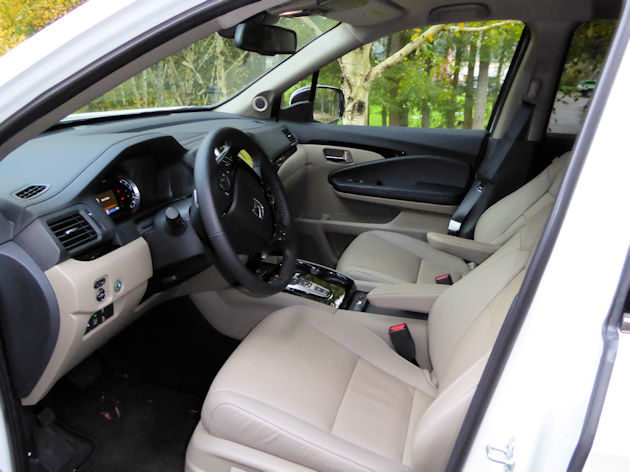 The spacious redesigned interior has about 20 cubic feet less than the Honda Odyssey minivan and even has many of the minivan traits. With three rows of seating the Pilot can be configured with comfortable seating for seven or eight depending on the trim level. The new Elite model we tested is equipped with second row Capitan?s chairs. What moves the Pilot beyond the minivan traits is its strong off-road capabilities and 5,000-pound towing capacity (4WD model). 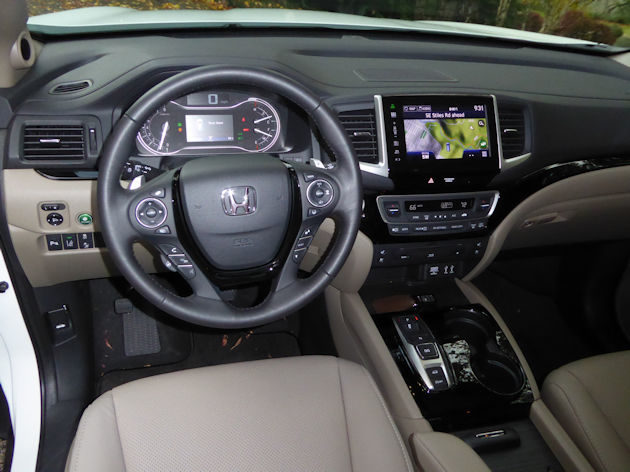 The Honda Pilot interior offers new levels of premium quality, convenience and user-friendly technology in an even more spacious, versatile and family-friendly vehicle. It reaches higher into the premium end of the market with major upgrades to interior quality, refinement and more premium features than ever before, including features like available heated and ventilated front seats, a heated steering wheel, heated second-row seats, and a Honda-first panoramic glass roof option ? all offered as standard equipment on the new line-topping Pilot Elite trim. 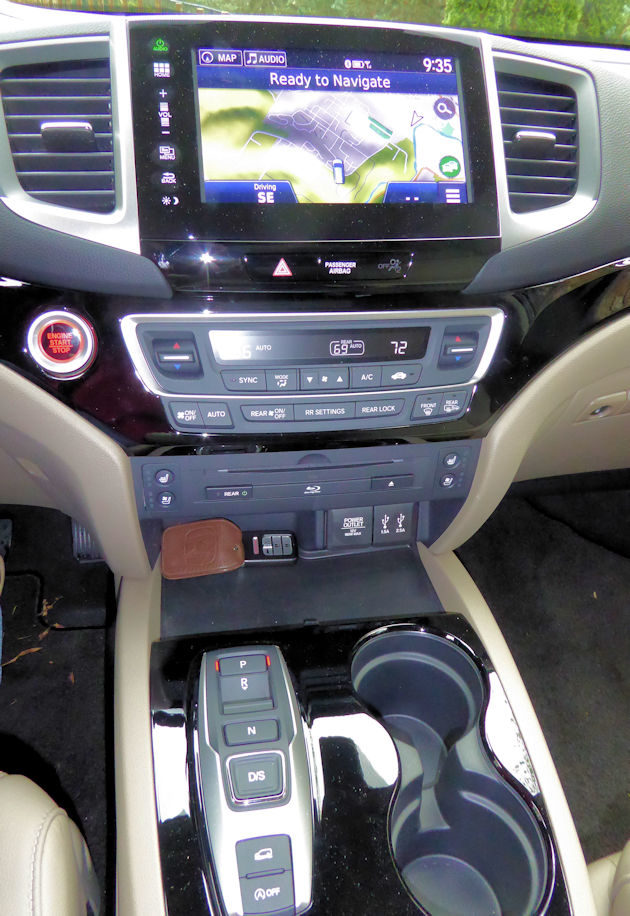 One of the only features we would change is the interface for Honda?s navigation, entertainment and communications system. It?s a total touch system with no knobs or active buttons. That means when you want to change the volume on the radio, for example, you have to touch the screen, and that?s not always an easy task, especially with undulations in the road. (We found the best way to make some adjustments is using the redundant steering wheel-mounted controls that are actual buttons.) Other than that, it?s an excellent system. 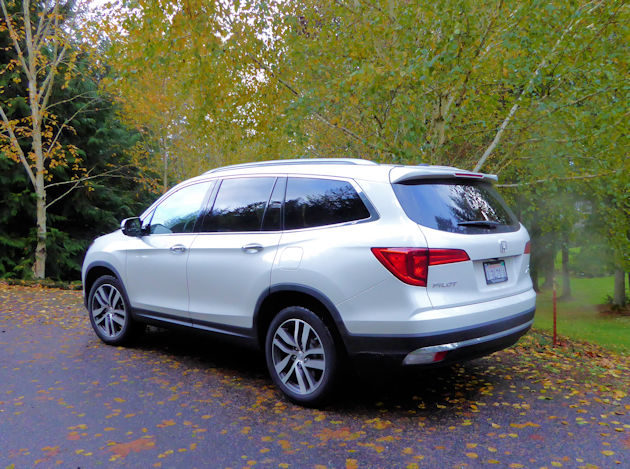 Five trim levels make up the Honda Pilot lineup: LX, EX, EX-L, Touring and the new Elite. Each variation adds more features and components to the level below until you get to the Elite, which has the whole ?gimmie the works? equipment inventory and encompasses all the new safety technologies. Included in the extensive list are several Honda firsts including 20-inch wheels and tires, ventilated front seats, heated second-row seats, heated steering wheel, remote engine start, panoramic glass roof and others. 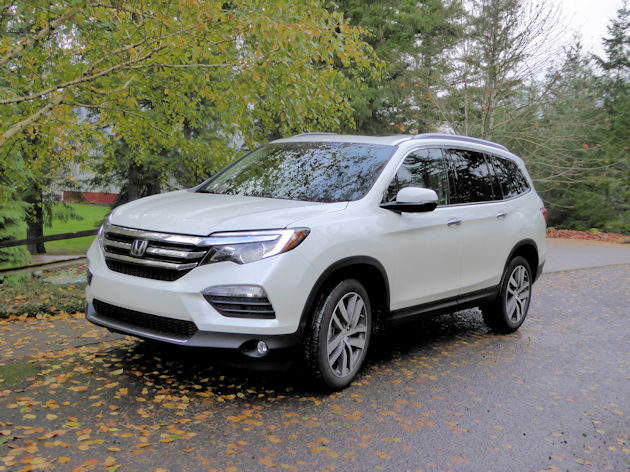 Honda Sensing?, an impressive suite of safety features, is available on the EX and EX-L and standard on the Touring and Elite. It includes a Multi-Angle Rearview Camera, LaneWatch? display, a blind spot information system, Collision Mitigation Braking System?, Lane Departure Warning, Forward Collision Warning, Lane Keeping Assist, Adaptive Cruise Control, and two Honda-first technologies: Road Departure Mitigation and Rear Cross Traffic Monitor. In our mind, this a ?must have? package of features. 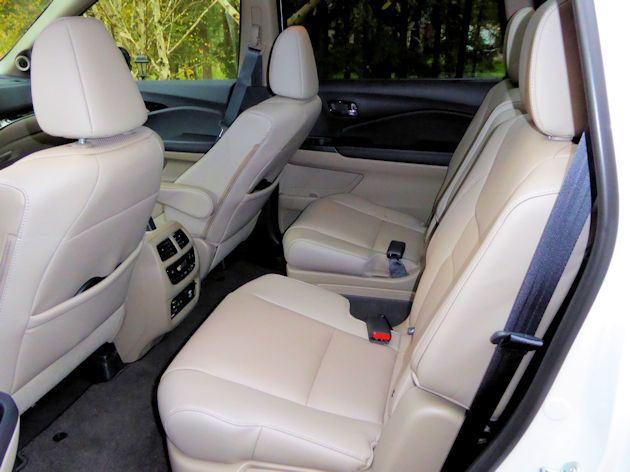 We did think the adaptive cruise in our test vehicle was a little rough and didn?t make speed transitions as smoothly as some systems we?ve driven.
Honda?s 3.5-liter SOHC i-VTEC V-6 engine from the EarthDreams? Technology collection powers all variations of the Pilot. The completely re-engineered engine is rated at 280 hp and has direct injection and a Variable Cylinder Management? system which seamlessly shuts down three cylinders when the engine load is relaxed, like on flat roads or ?coasting? down hills.

The LX, EX and EX-L trim levels have a six-speed automatic transmission, which replaces the previous five-speed. The Touring and Elite raises the ante to ZF?s nine-speed automatic with an interesting new shift-by wire control system mounted on the center console. Rather than use the traditional shifter handle the Pilot uses a series of buttons lined up on the console. The buttons are all different to help the driver avoid pushing the wrong button, and reverse requires pulling up the button. The nine-speed transmission also has steering wheel-mounted shift paddles for better driver control. The transmission shifts quickly, but the shifts felt somewhat tentative at times, especially when changing directions. Overall, we thought it was improved from the previous year?s version. 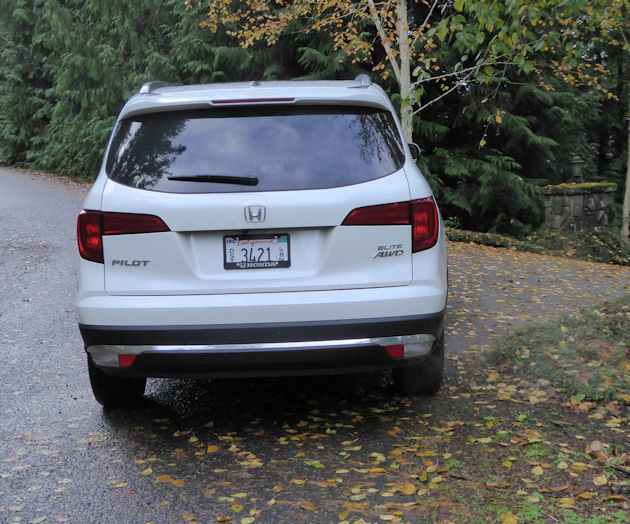 The Pilot is quick, making a 0 to 60 mph acceleration run in only 6.5 seconds according to buff magazine tests. EPA fuel economy estimates are 19 mpg city, 27 mpg highway and 22 mpg combined for the nine-speed with front-wheel drive. The AWD model is about one mpg less across the board and the six-speed transmission is one more mpg less. We averaged 22.9 mpg in our AWD Elite test vehicle.

To insure maximum traction on- and off-road, the Pilot is equipped with a new Intelligent Variable Torque Management AWD System with intelligent Traction Management. It not only distributes torque as needed between the front and rear axles, but between the left and right rear wheels. Press a button and the system cycles through Normal, Snow, Mud and Sand settings which change the drivetrain configuration to best suit the conditions. The system also improves handling and provides a neutral and more accurate steering. 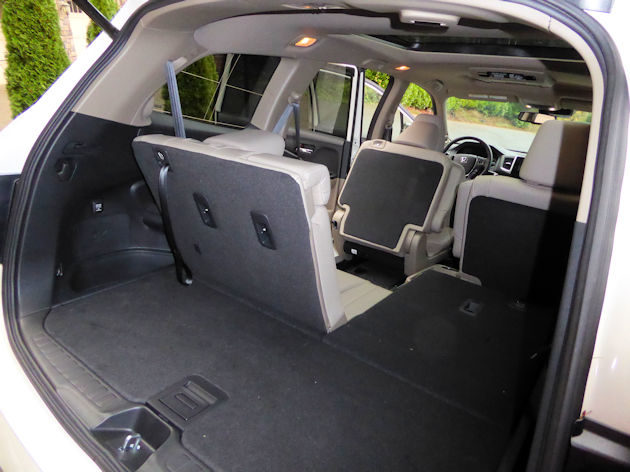 The Pilot?s unibody platform is the same one that underpins the Acura MDX ? that?s good! It has a four-wheel independent suspension ? MacPherson Struts in the front and multilink in the rear, front and rear stabilizer bars, one of the best electric power assist steering system in the business and four-wheel disk brakes. Combined and assisted by all the electronic driver aids, the Pilot has a ride and handling characteristic more in line with a sedan than an SUV, but with no compromise in off-road abilities.

The 2017 Honda Pilot pricing starts $31,475, including the destination charge, for the front-wheel drive LX and then steps up to $42,550 for the Touring. All-wheel drive adds $1,800 and Honda Sensing package is a bargain for $1,000 extra on the EX and EX-L models. The new Elite trim level is priced $47,950 and includes the AWD, Honda Sensing and everything Honda offers. There are a couple of dozen aftermarket accessories available too. 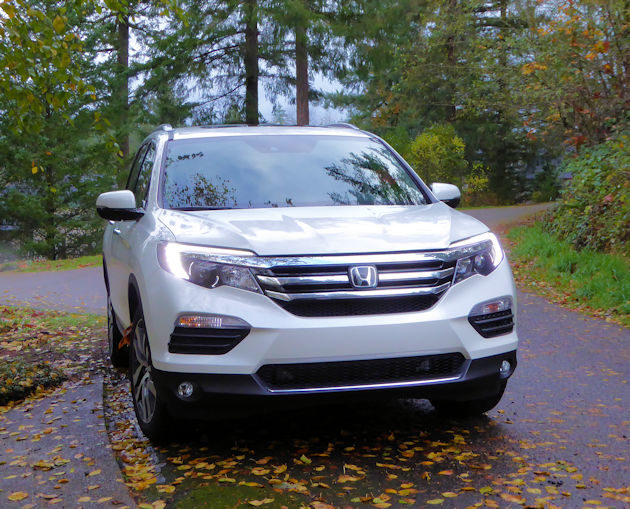 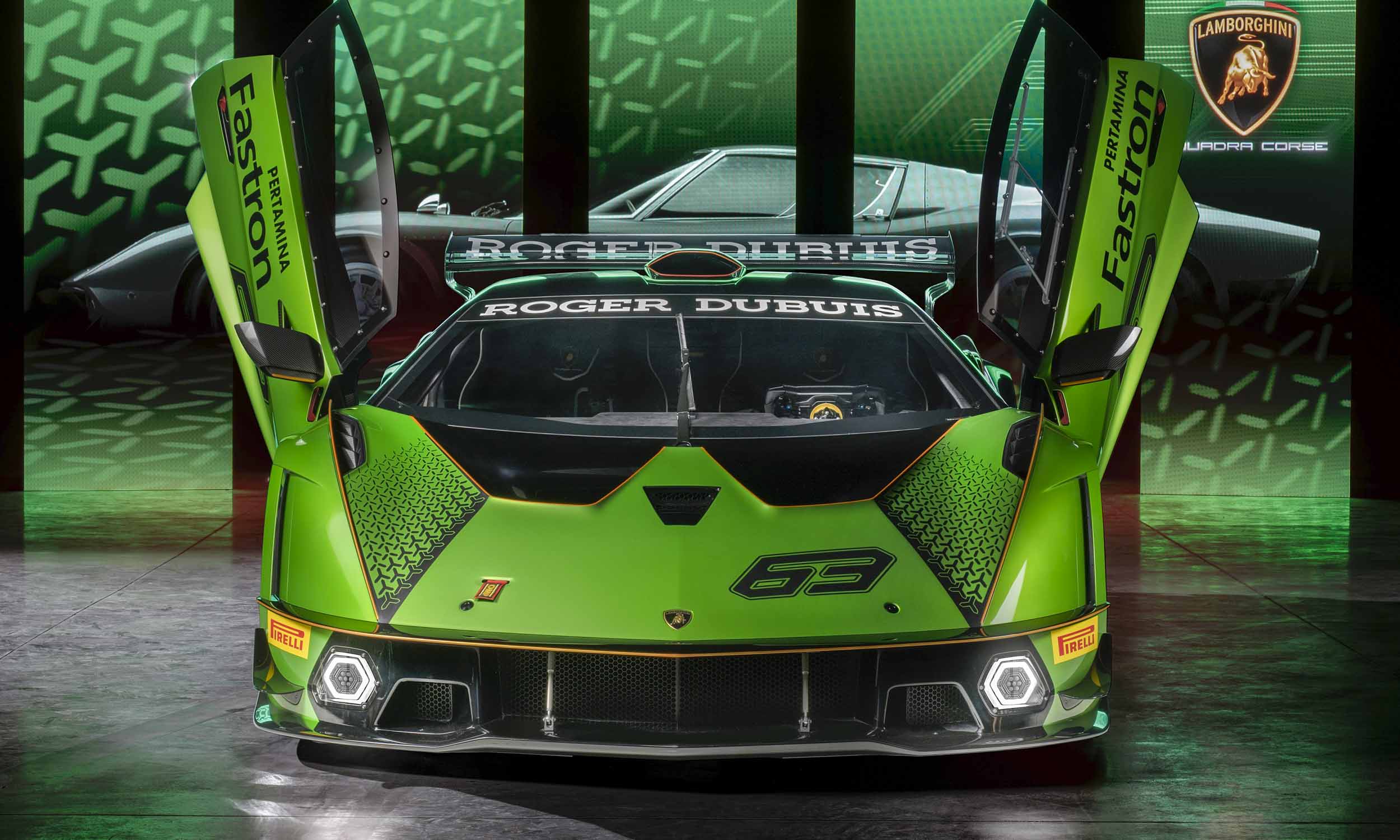