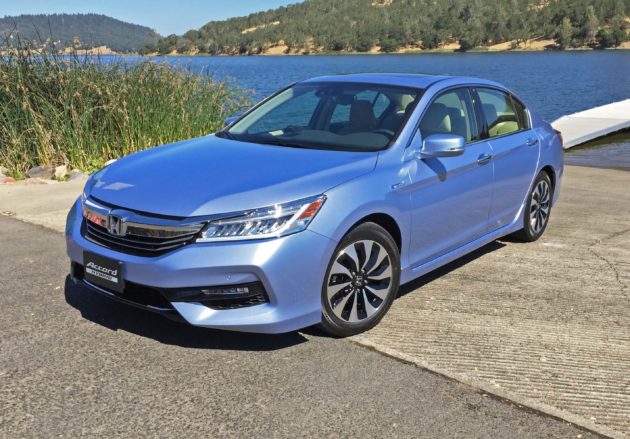 The first Honda Accord was a CVCC that appeared in 1976. The 2014-2015 Honda Accord Hybrid led the charge as a mid-size hybrid sedan, setting the benchmark in refinement, advanced technology and class leading fuel economy. For the 2017 model year, the Honda Accord advances ahead of the competitive set by applying a second-generation two-motor hybrid system that delivers even greater fuel efficiency along with class-leading total system horsepower, while showcasing the stylish, sophisticated and sportier visual image, advanced safety features and other technological advancements introduced for the 9th generation 2016 model lineup. 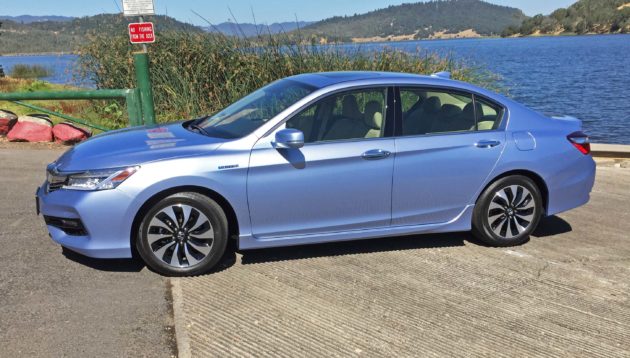 The latest iteration, 40th anniversary 2017 Accord adds to the 2016 examples such new premium features as: the combined application of Apple CarPlay? and Android Auto?, the expanded utilization of LED exterior lighting and the application of the Honda Sensing? suite of safety and driver assistant technologies, all as standard fare. 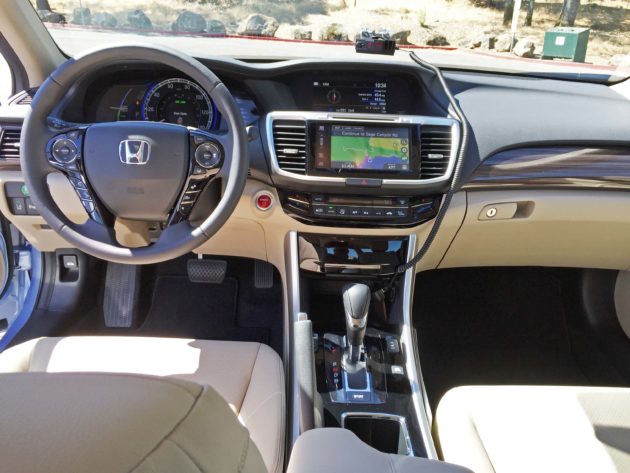 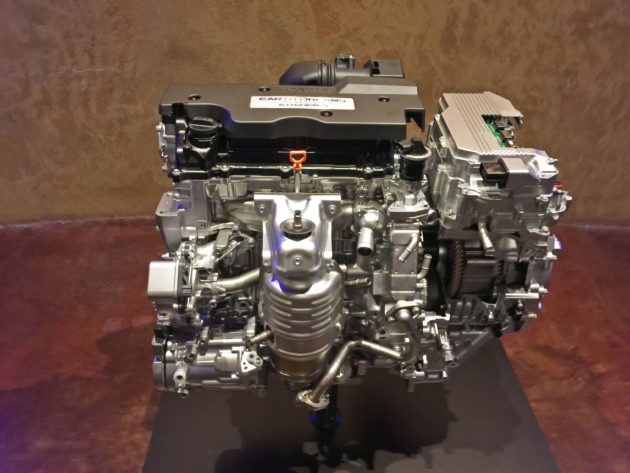 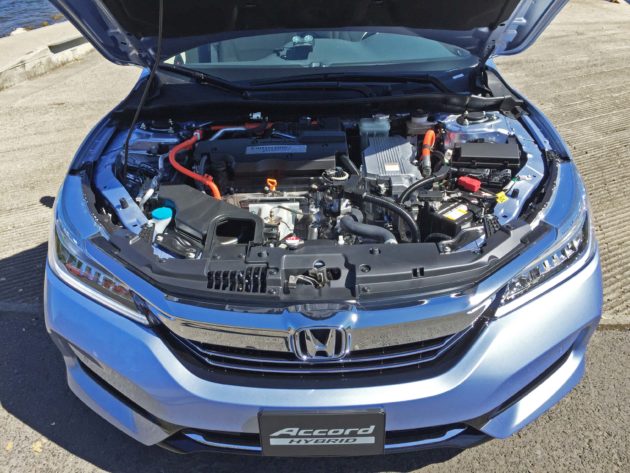 Power for the new Accord Hybrid combines Honda?s next generation two-motor hybrid system with a 2.0-liter i-VTEC in-line, Earth Dreams 4-cylinder Atkinson Cycle gas engine with Drive-by-Wire throttle system that produces 143 horsepower at 6,200 rpm along with 129 pound feet of torque. The Hybrid Electric Motor is an AC Synchronous Permanent Magnet Type with Accord?s Hybrid Intelligent Power Unit consisting of a DC-DC converter and a 1.3 kWh Lithium-ion battery pack. The Electric motor delivers 181 horsepower in a range from 5,000-6,000 rpm, while generating 232 pound feet of torque from 0-2,000 rpm. Total system horsepower is 212 at 6,200 rpm. Motive force is transmitted to the front wheels via an E-Continuously Variable Transmission (CVT) with a Sport mode. The Hybrid system provides three drive configurations or operations ? EV Drive, Hybrid Drive and Engine Drive. 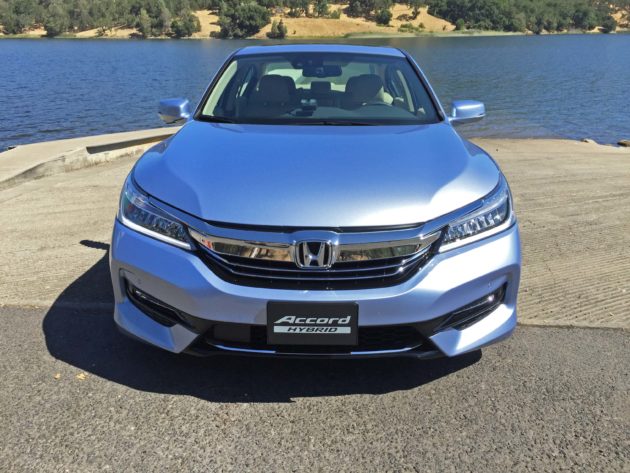 Visually, the 2017 Accord Hybrid facelift is in accord (no pun intended) with modifications made to the gasoline-only powered vehicles, with the following exceptions – a more sharply creased and intricately structured front fascia, the lower portion of which tucks into large intake-like meshed areas that house new standard LED fog lights, replaces the previous wrap-around front bumper, and an Accord Hybrid exclusive, contoured aluminum hood joins a brighter, more pronounced front grille. The new more expressive face of Accord is complimented by a sharply sculpted rear bumper fascia and new LED taillight design. Blue-accents on the front grill, headlights and taillights of the 2017 Accord Hybrid, along with special ?Hybrid? badging, provide a subtly distinctive look and visual differentiation between from its gasoline-only powered stable mates. 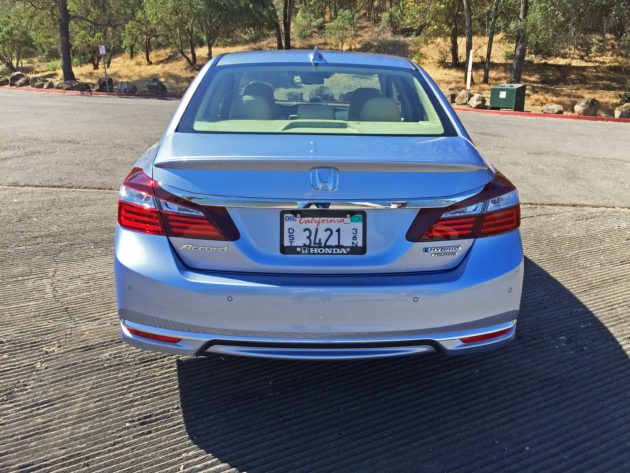 All Accord trim levels come with unique 17-inch aluminum alloy wheels and feature LED daytime running lights (DRLs), taillights and fog lights for all trims, and LED headlights for the Touring trim. 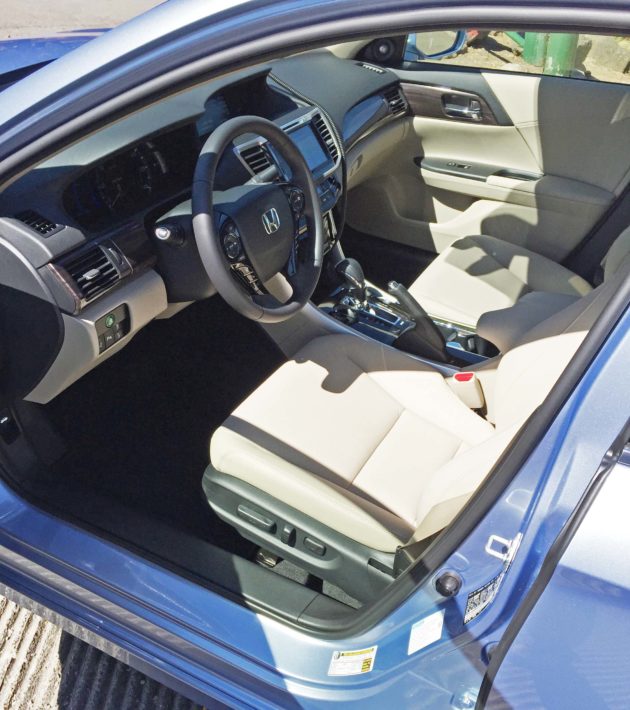 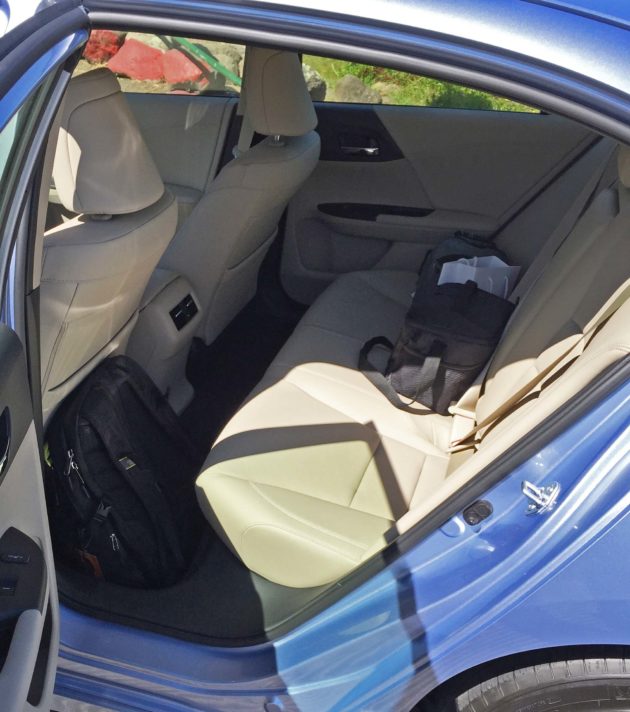 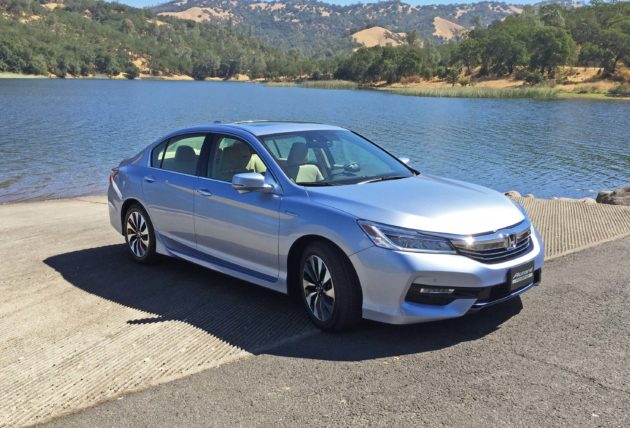 During the media introduction program, my test 2017 Honda Accord Hybrid was in Touring trim. It wore a Blue Sky metallic exterior finish, with the interior done in Ivory and Charcoal tones. The base sticker was set at $35,955., which came to $36,790. With the Destination and Delivery charge,

SUMMARY: The 2017 Honda Accord Hybrid brings Honda closer to its goal of having two-thirds of its global sales made up of electrified vehicles for a more sustainable society. 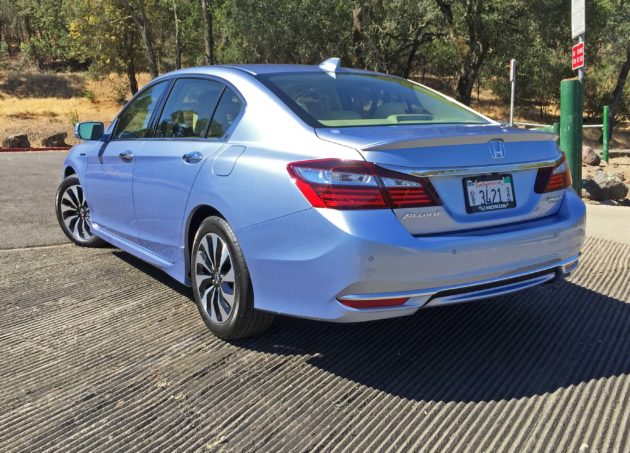 The new Accord Hybrid is a very attractive, very comfortable and very efficient vehicle. It is not a sports sedan, but acceleration, braking and ride quality are all above average. Ride comfort is improved through the use of Amplitude Reactive Dampers. Connectivity and Infotainment are top notch, adding to the pleasure of driving. 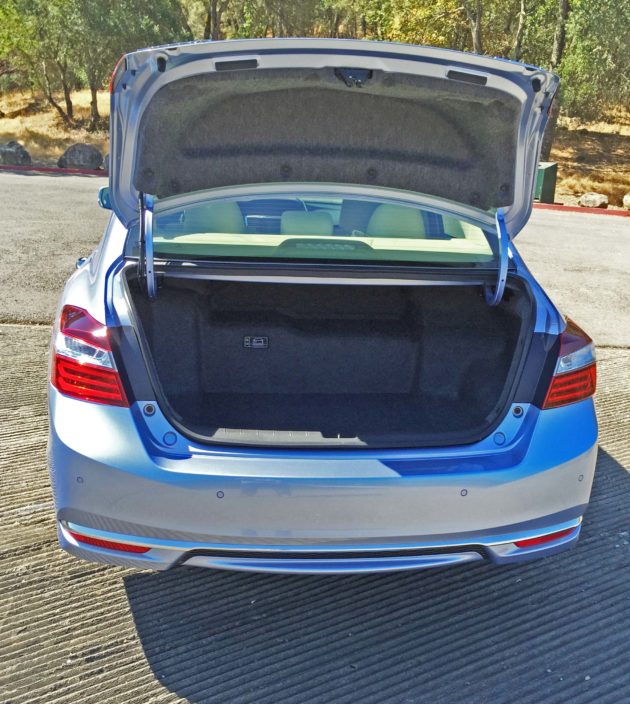 Many will likely not care for the CVT transmission, which works well as CVTs go, but it is on the noisy side when prodded with gusto. An improvement would be a CVT with simulated shift points and paddle shifters. 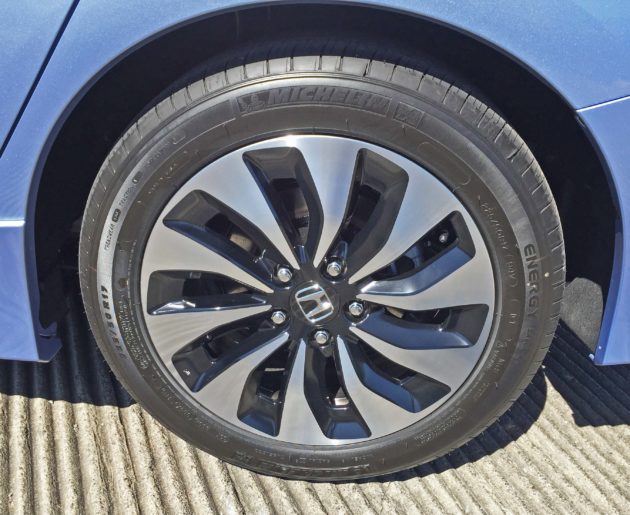 The braking system is an electric Servo System that efficiently replenishes energy through regenerative braking, and the steering is a Motion-Adaptive electric power system for an on-center feel with good feedback.

Bottom line, the 2017 Honda Accord Hybrid Touring is a delight, and delivers more power and better fuel economy than most of its competitors, making it a top contender when considering the purchase of a Hybrid vehicle. 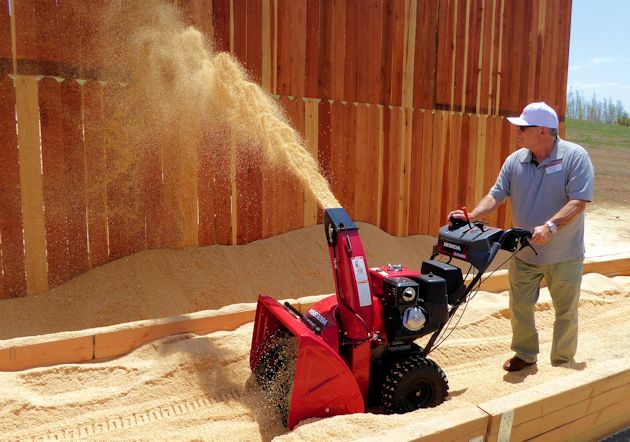