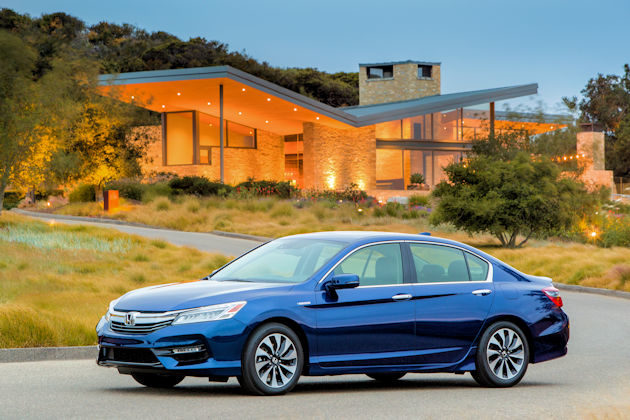 Napa, Calif. ? Few cars have had more impact on the U.S. auto market than the Honda Accord. It was initially imported from Japan starting in 1976, but in 1982 Honda built a plant in Marysville, Ohio and has since built more than 10.5 million Accords in the U.S. This year Honda celebrates the Accord?s 40th Anniversary.

The Accord has taken many forms over the years — sedan, coupe, wagon, hatchback, hybrid, plug-in hybrid and grown in size from a compact to one of the larger mid-size cars. But the car that is making one of the most significant impacts on the market is the all-new 2017 Honda Accord Hybrid. After taking a year hiatus, the Hybrid is back and it ranks as the most innovative and advance cars to ever come out of the Accord catalog. 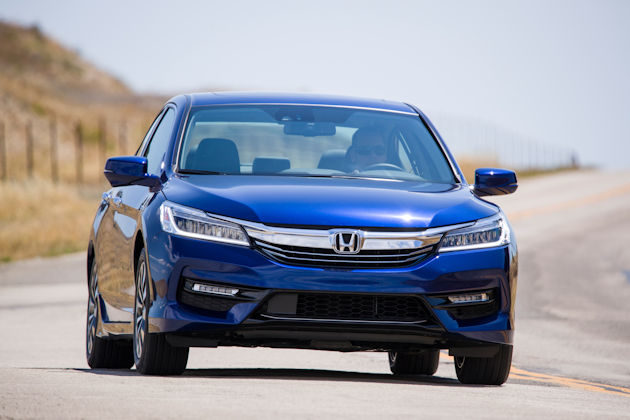 In 2016 the Accord received a minor facelift updating the ninth generation of the bestselling sedan with the all-new Generation 2 Hybrid Powertrain. Developed from the conventionally powered Accord, the 2017 Accord Hybrid has only a few distinguishing features that visually identify it as a hybrid. They include blue trim highlights in the grille area, unique headlights and taillights, special wheels and hybrid badging. Inside there a few changes which mostly enhance usability. The biggest change is improved fuel economy and performance. 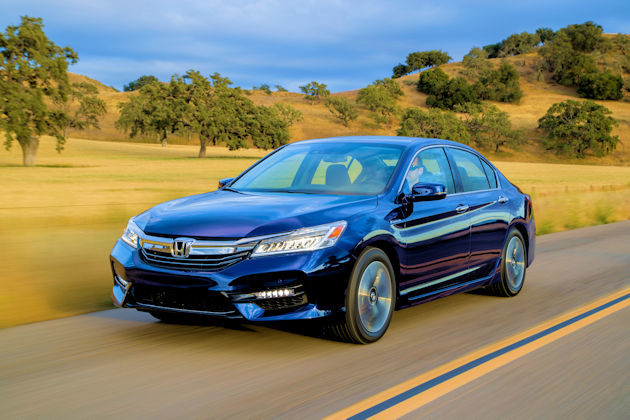 I recently spent several hours driving and riding in the 2017 Accord Hybrid through the hills east of Napa, Calif. to Davis, Calif., and back. In Davis, we also had a chance to tour the innovative Honda Smart House which is located on the University of California Campus. You can read about this super-efficient house at http://www.hondasmarthome.com/ . 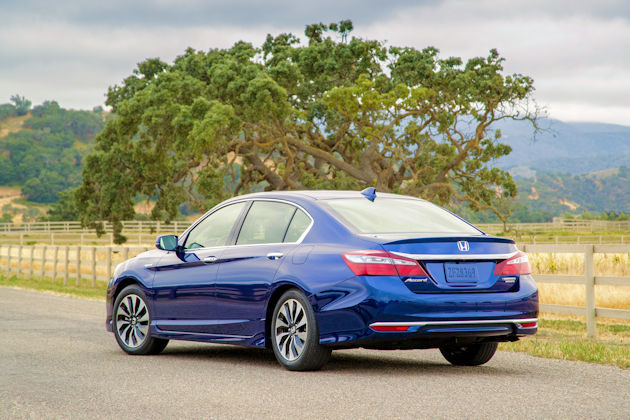 The Next Generation Two-Motor Hybrid System uses an ultra-efficient 2.0-liter i-VTEC Atkinson Cycle engine. Combined with the two electric motors the system produces a combined output of 212 horsepower, making it the most powerful mid-size hybrid sedan in the category. It also has the best-in-class EPA fuel economy rating of 49 mpg city, 47 mpg highway and 48 mpg combined. The 0 to 60 mph acceleration time is estimated to be about 7.3 seconds. 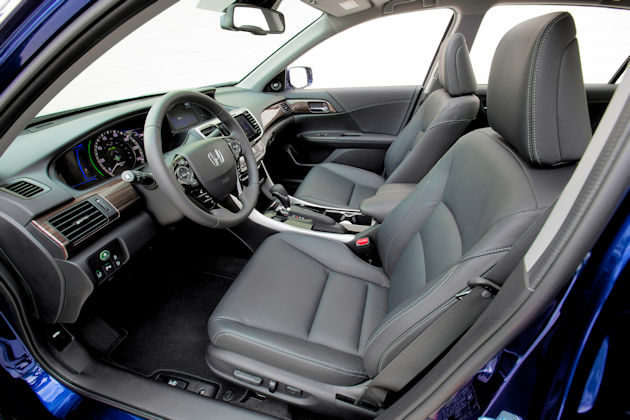 I suppose the average driver could care less about the CVT (continuously variable transmission), but I?m not a fan. In general, they lack the extra control I like from a transmission and I would have preferred to see the Accord system to have paddle shifters and pre-set ratios that simulate gears. That said, the Accord CVT is less vague feeling then some I?ve driven. The Hybrid transmission does have a Sport button that when pushed improves accelerator responsiveness, and makes driving quickly through the corners more enjoyable than when it?s set to the normal mode. 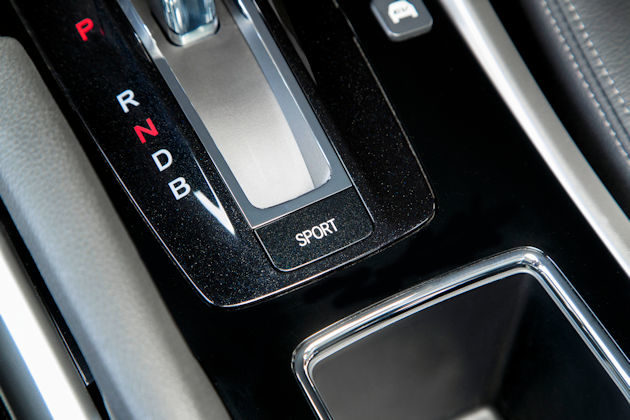 The components of the new hybrid system are 33 percent smaller and 12.8 percent lighter weight than the previous electric system. In addition, the brake operating system was improved for easier operation while increasing the amount of charge regenerative braking produces. The system transitions between three modes which are activated almost like gear changes as the vehicle speed increases through the EV Drive, Hybrid Drive and Engine Drive to maximize efficiency. Even with the hybrid components, the trunk still has a generous 13.5 cubic feet of space. 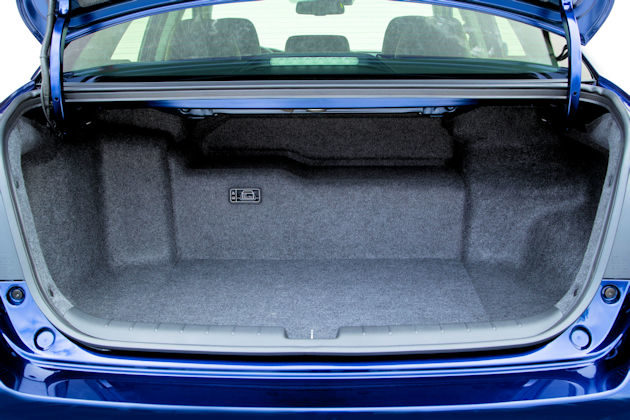 On the curvy roads through the hills, the Accord handling was solid and well-controlled thanks to new performance Amplitude Reactive dampers and the precise electric power steering system. The car stays flat in the corners, transmits a road feel back to the driver and go precisely where pointed. Honda engineers have added several new braces and engine mounts designed to constrain noise, but I still thought the road noise was a little high ? probably more due to the tires and course road surface. 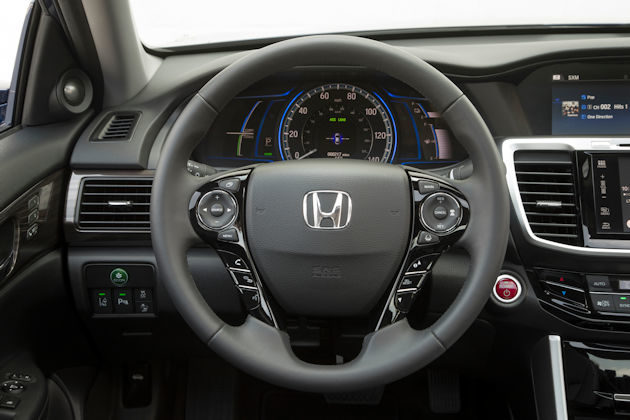 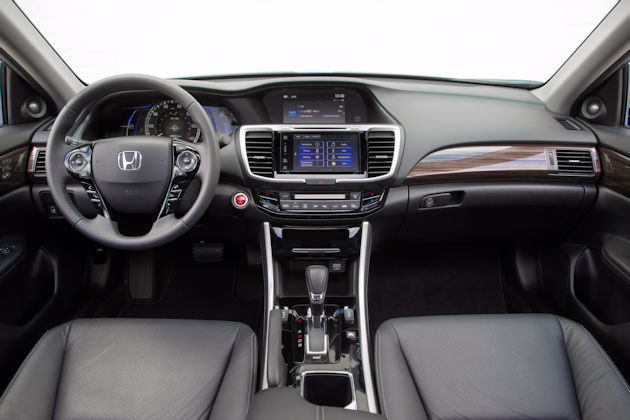 A big thing for many drivers is good connectivity, and the Accord Hybrid accommodates by including Apple CarPlay and Android Auto? along with HondaLink Assist and HD Radio?. These expand the functionality of the Hybrid?s infotainment system and allows the driver to easily connect with features like Apple?s Siri and Google?s voice recognition commands so the driver can concentrate on driving. 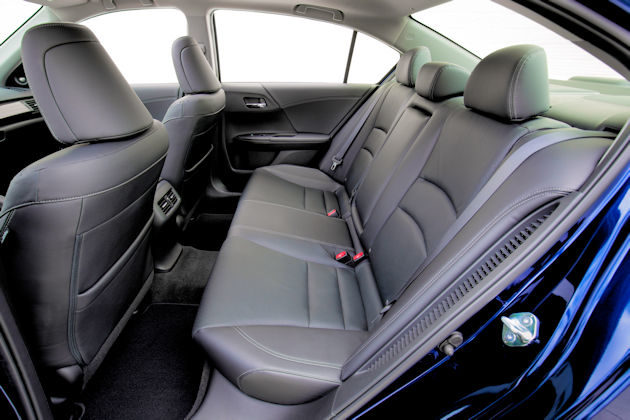 The 2017 Honda Accord Hybrid is available in three trim levels, the base Hybrid, EX-l and Touring. All three have the same Second Generation 2-Motor Hybrid Powertrain. The EX-L adds infotainment features, while the Touring version gets extras like navigation, rain-sensing wipers, LED headlights, heated rear seats (outboard) and front and rear parking sensors. Pricing for the three models is $30,440, $33,740 and $36,790 respectively including the delivery charge. 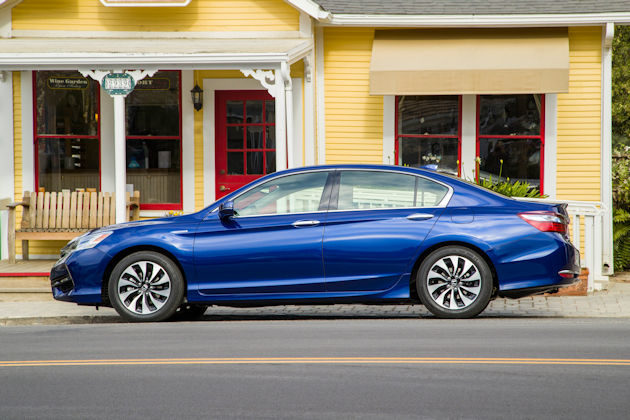 One of the things I like most about Honda vehicles is that I know I can recommend any of them and the person making the purchase will be happy with their car. The 2017 Honda Accord Hybrid is no exception. It?s an outstanding car, with excellent ergonomics, a comfortable interior and it?s enjoyable to drive. The best-in-class hybrid fuel economy gives it one other reason to recommend. It?s hard to argue when you get all that and nearly 50 miles per gallon. I know my wife, Barbara and other conservative drivers, could easily get 50 mpg plus in the 2017 Honda Accord Hybrid.