We recall when we were growing up many years ago that anything that was considered the best or fanciest of it class was often referred to as the Cadillac of ____________?.

If any current full-size pickup could claim that title it would likely be the 2017 GMC Sierra Denali. While it?s not necessarily the most powerful, ruggedest, or best dressed of the pickups, it does fit the title when it comes to being comfortable and well-appointed. 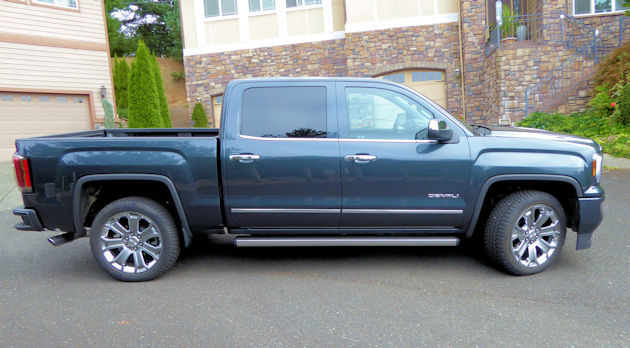 As the full-size truck cog of the GMC Denali five vehicle line up the Sierra Denali has extensive bling from the chrome-laden grille to the plush leather-clad interior and high level of features. This is a truck that pampers the occupants and shows off to passersby. 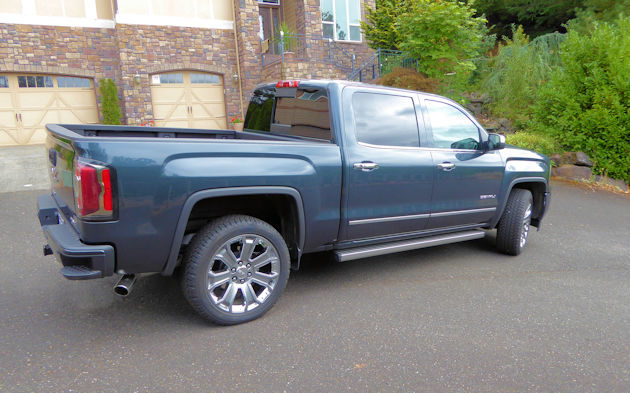 Since 2014 when the Sierra pickup was tapped for the Denali status, the truck has displayed a high level of equipment and features, but for 2017 it gets even more with the Denali Ultimate Package ($7,450) which adds a larger V8 engine, 22-inch wheels, power sunroof, and trailer brake controller. In addition, the package includes a very handy tri-mode power step that hides up under the Sierra body until a door is opened. Then it drops down quickly to make it much easier for passengers to access and exit through any of the four doors. 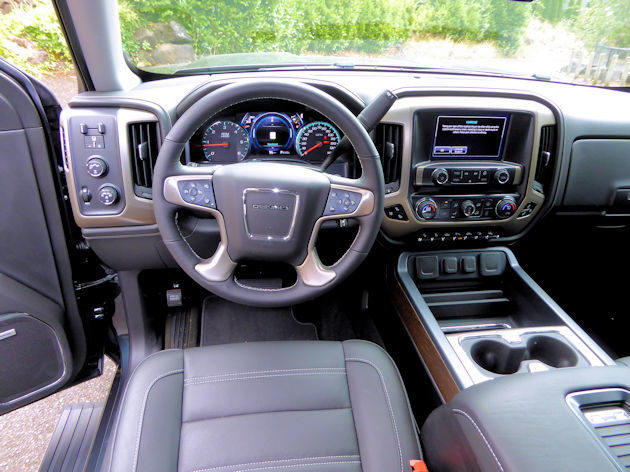 Safety and convenience features as part of the package include self-dimming IntelliBeam headlights and forward collision alert. It also has driver aids like hill decent control, hill start assist, a driver alert package with low speed forward auto braking and lane keep assist. We were disappointed to see that the Denali does not have an active cruise system available. 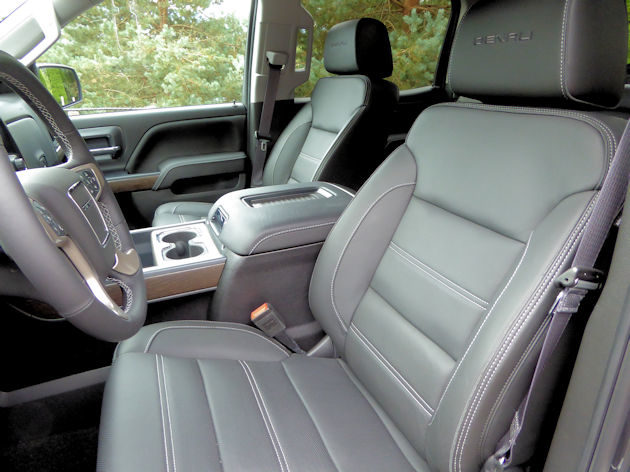 We liked the wireless cell phone charger which conveniently sits atop the center arm rest plus it has most of the latest communications and infotainment interfaces including a 4G Wi-Fi hotspot system.

Highlights of the standard Denali equipment includes things like leather seating, remote locking tailgate, LED headlights, heated steering wheel, heated and ventilated front seats, navigation, Bose audio and dozens of other features.? The 2017 Sierra Denali is only offered in the crew cab (four full size doors and seating for five) configuration but with a choice of a 5-ft-8-inch or 6-ft.-6-inch box which is only available with the four-wheel drive option. 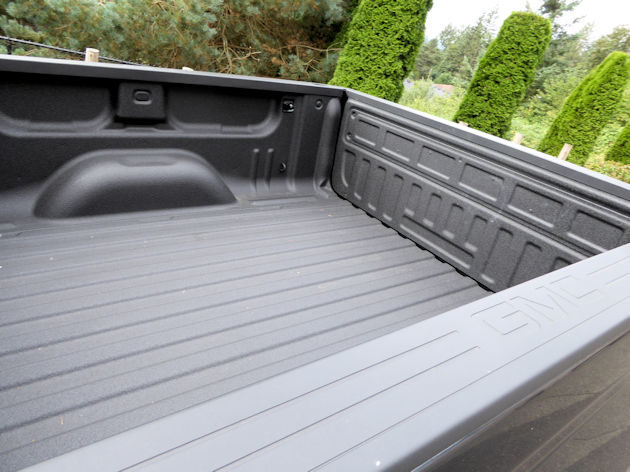 The Denali rides on the General Motor?s third-generation magnetic ride control. The system uses sensors to ?read? the road every millisecond, triggering damping changes in as little as five milliseconds in electronically controlled shock absorbers. The shocks are filled with a magneto-rheological fluid containing minute iron particles, and under the presence of a magnetic charge, the iron particles align to provide damping resistance. Changes in the magnetic charge alter the damping rate of the shocks almost instantly and help the truck maintain a flat stance and balanced position whether driving down the highway, pushing through curves in the mountains or pulling a trailer. It makes the big truck drive more like a luxury sedan. 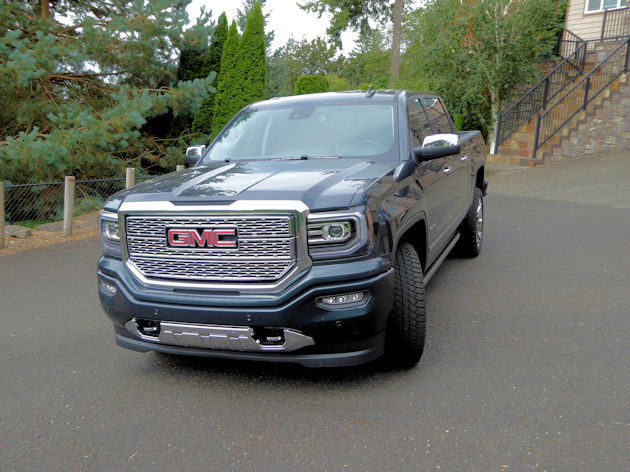 The Denali Ultimate Package adds a 420-hp 6.2-liter EcoTec V8 engine with Hydra-Matic eight-speed automatic transmission. The column mounted shifter has a toggle switch on the face of it that allows the driver to pull the transmission from the ?Drive? position to ?Low? and then use the toggle to shift manually through the gears. That is particularly helpful for drivers like us that like to lock into the lower gears for engine braking and better control in the corners.

The performance level of the Denali is outstanding. According to buff magazine testing it makes a 0 to 60 mph run in only 5.8 seconds. The EPA fuel economy for the 6.2-liter engine is rated at 15 mpg city, 20 mpg highway and 17 mpg combined. We averaged 16.4 mpg during our time behind the wheel. 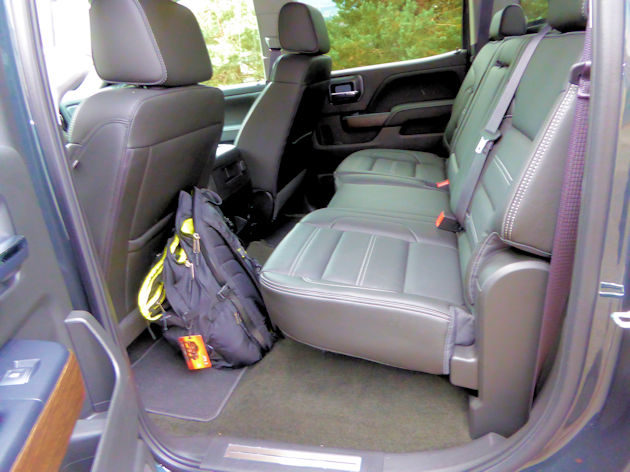 Certainly the 2017 GMC Sierra Denali gets top marks for ride comfort, but it doesn?t skimp on truck capabilities. The two-wheel drive version has a maximum payload capacity of 1,750 pounds and trailer towing capacity of 9,300 pounds.

The Sierra Denali is only available in the one Crew Cab trim level with a choice of two- or four-wheel drive and two engine choices. Pricing ranges from $55,095 for the short box with the standard 5.3-liter V8 engine, including the destination charge. With four-wheel drive and the 6.2-liter engine has a base price of $58,545. Our test vehicle which included the Denali Ultimate Package, optional metallic paint and all-terrain tires had a bottom line price of $64,045. Check your local dealer for special incentives. 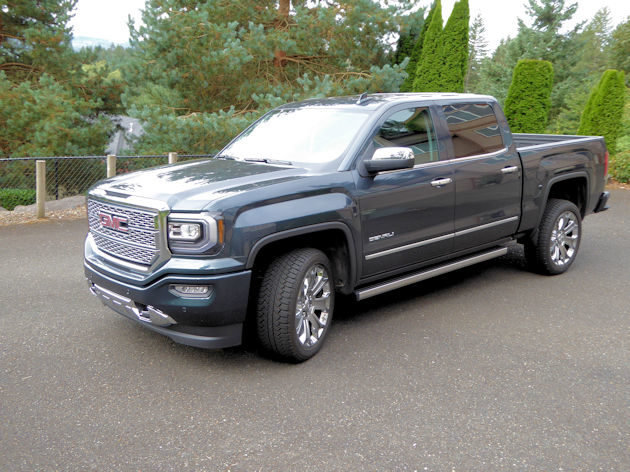 While trucks have never been our ?thing,? we certainly enjoyed the opulence of the 2017 GMC Sierra Denali pickup. It gets our vote for being called ?the Cadillac of Full Size Pickups.? 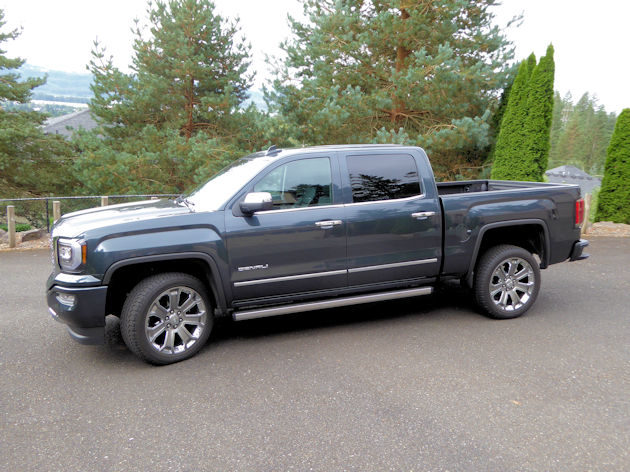 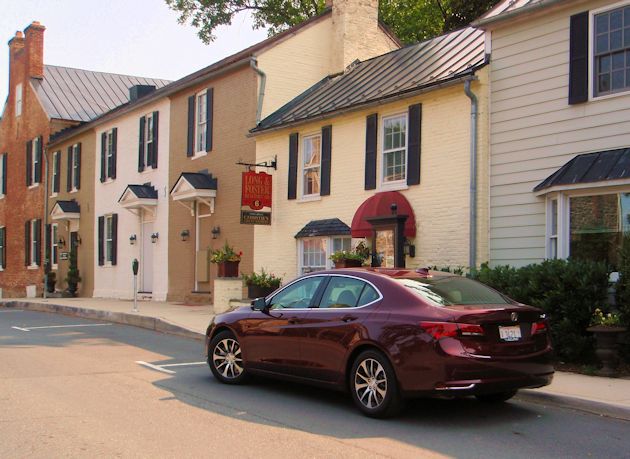