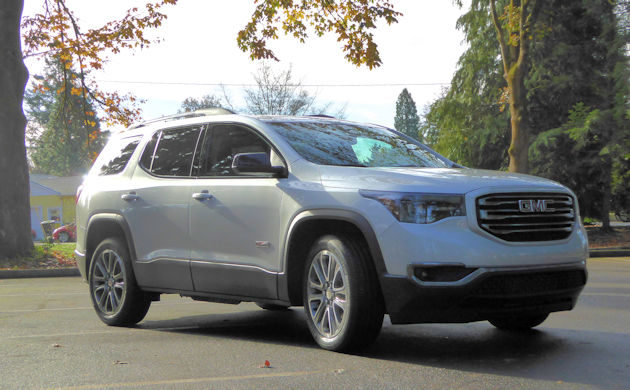 Until recent years, the new vehicle mantra seemed to be ?bigger is better,? but high fuel prices and added environmental concerns have changed the battle cry. Now ?lighter and smaller? is the charge, and that?s what GMC did with the all-new 2017 Acadia.

With a plan to reposition the Acadia as a midsize crossover, GMC engineer?s reaped big dividends as it transformed it to a midsize crossover by cutting 6.4 inches off the wheelbase, 7.2-inches off the length and dropping 700 pound of ugly fat in the process. The refinements created a lighter, more efficient and agile vehicle. Along the way, they also gave it a full load of the latest safety technologies and driver aids. 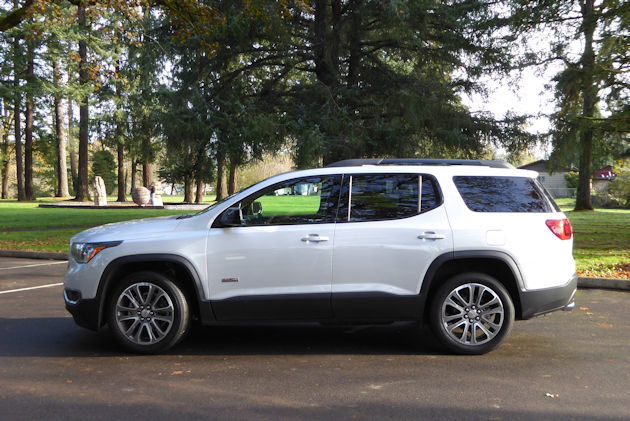 Boxy SUVs and crossovers have always been a challenge to design, but the design team at GMC has created distinctive looks for this new Acadia. Up front projector beam headlights, in wrap-around pods flank the family grille and on the sides smooth muscular wheel bulges over the GMC-signature squared wheel arches create a smooth muscular look. Lower elements of the body are finished with a protective trim that help defend areas from rocks and road debris. 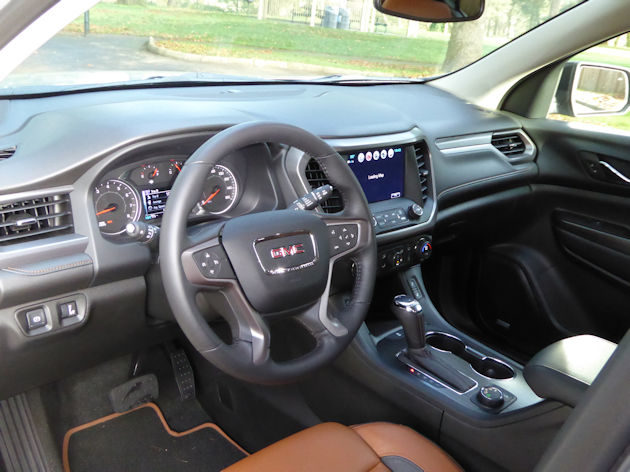 The interior of our mid-trim level SLT-1 test vehicle had a sophisticated look with French stitching on the two-tone seats and some elements of the dash covering. Faux wood trim and a combination of shinny and brushed bright trim accented interior elements. Traditional analog instrumentation is enhanced with a multi-color driver information screen between the tachometer and speedometer. 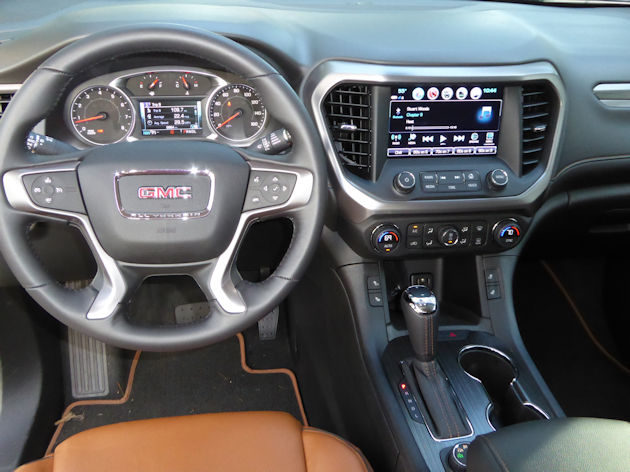 The infotainment screen is mounted at the top of the center stack for easier viewing. A big plus is that most of the controls, like volume, tuning and climate are actual buttons and knobs, which we find to be more user friendly than touch screens. 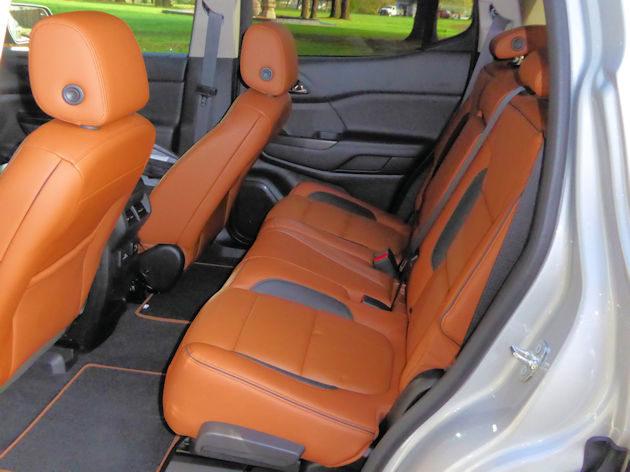 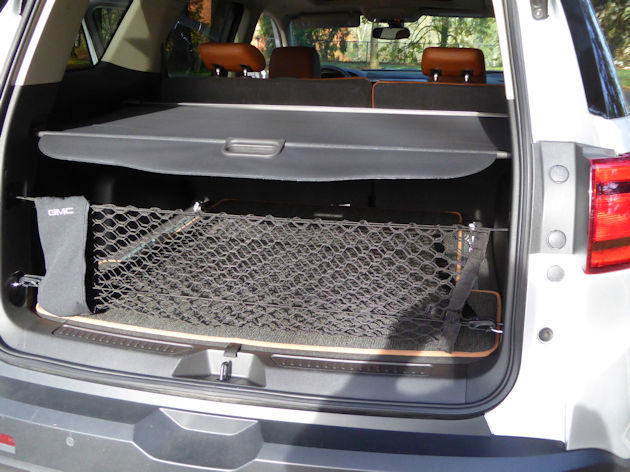 Lower level Acadia SL and SLE models come with standard three-row seven-passenger seating, while the SLT and top-of-the-line Denali models are configured with two rows for five passengers, with the third row as an option. 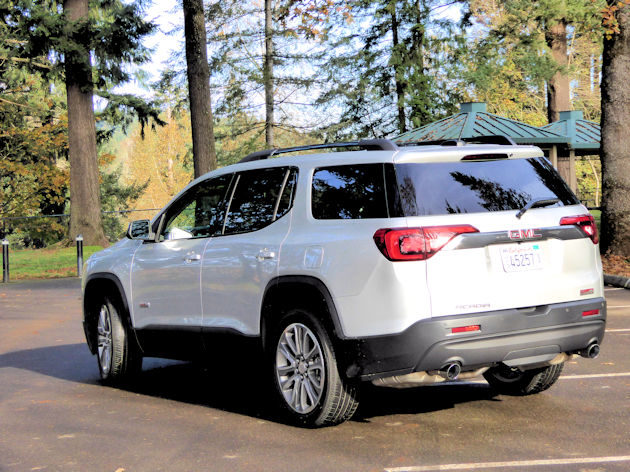 The Acadia has long lists of available configurations and options, but we think it makes the buying process more complicated than it should be.
Our mid-level SLT-1 with the optional V-6 engine and all-wheel drive accelerated from 0 to 60 in a quick 6.8 seconds according to buff magazine testing. The EPA rates fuel economy at 18 mpg city, 25 mpg highway and 20 mpg combined. We averaged 21.5 mpg during our week of testing. 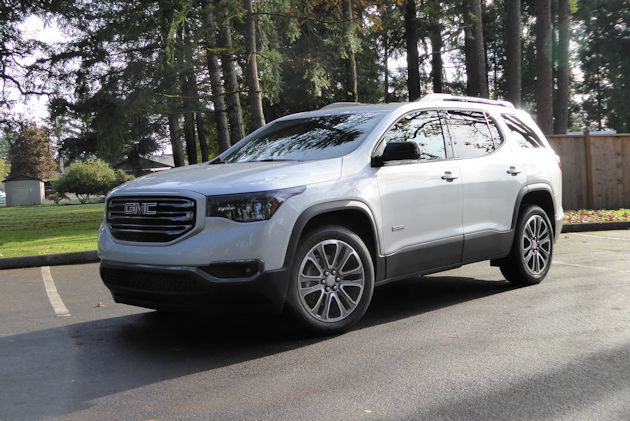 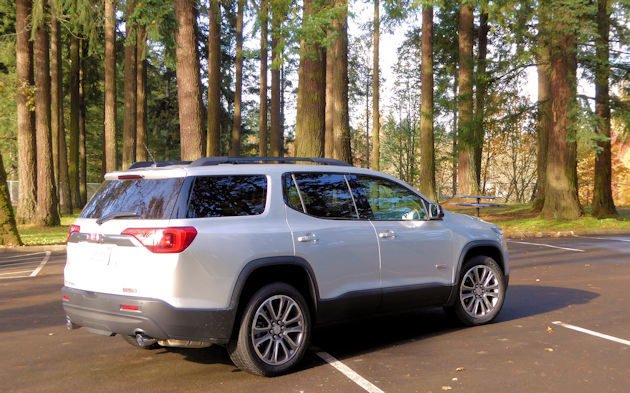 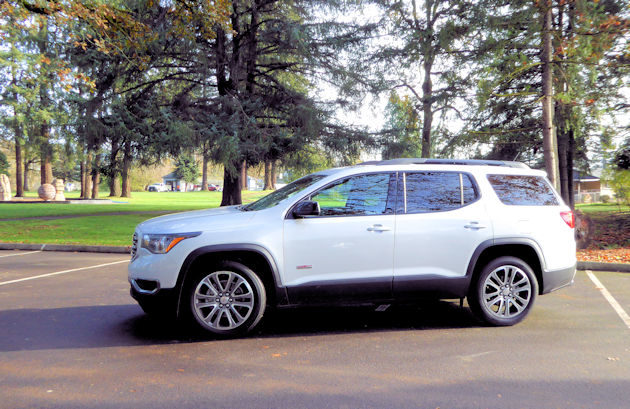 The V-6-powered Acadia, when equipped with the optional trailering package has a 4,000-pound towing capacity, which is enough for a couple of adult toys or a small boat or trailer.

GMC sometimes gets lost in the flood of mid-size crossovers, but it should be on the ?must drive? list of any serious shopper. 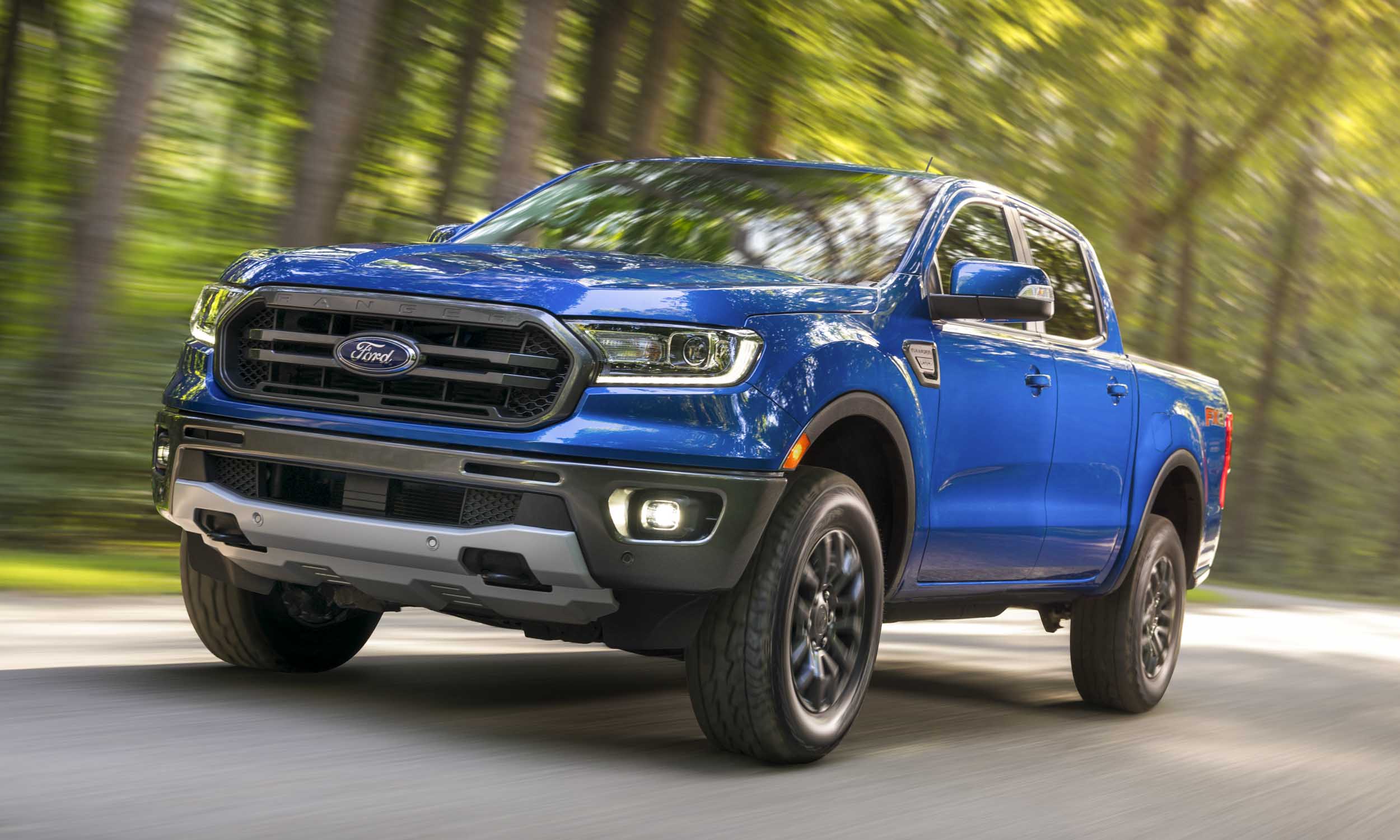 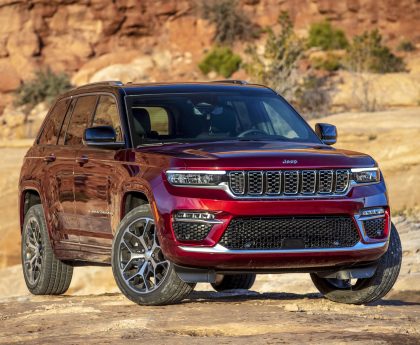