“2017 Ford Escape SE FWD”
An Affordable Way to Get Away 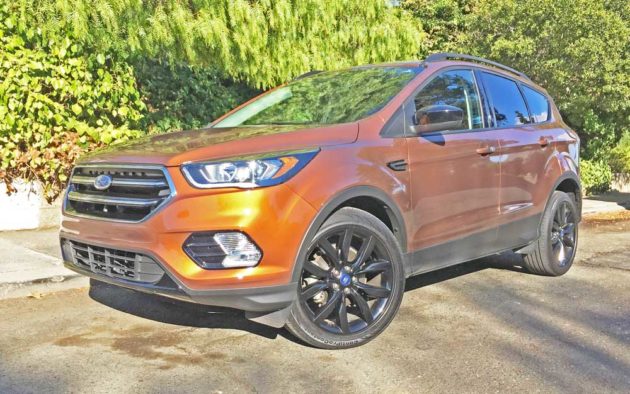 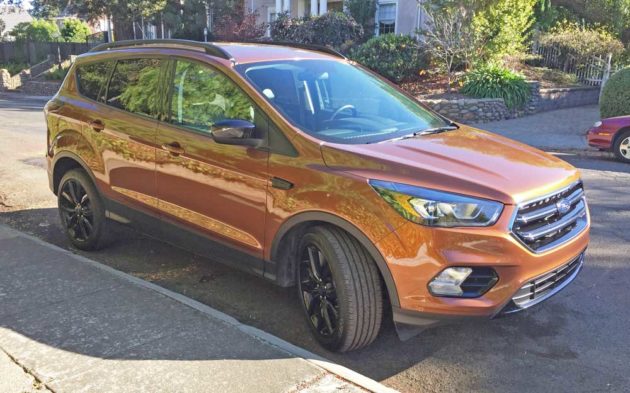 The 2.5-liter motor still delivers 168 horses with 170 pound feet of torque, while the 1.5-liter EcoBoost engine makes 179 horsepower and 177 pound feet of torque. Continuing as the most potent mill of the three is the 2.0-liter EcoBoost four-cylinder that now generates 245 horsepower along with 275 pound feet of torque. All three powerplants are DOHC, 16-valve four cylinder units (the 2.5-liter engine comes with electronic sequential multiport fuel injection, while the other two are EcoBoost engines and feature Direct Injection) that connect to a specially calibrated, electronically controlled six-speed SelectShift? automatic transmission. with a manual shift mode, that gears the driving force to either the front wheels or to Ford?s Intelligent 4-Wheel Drive system that reacts faster and improves vehicle handling off-road with better traction. 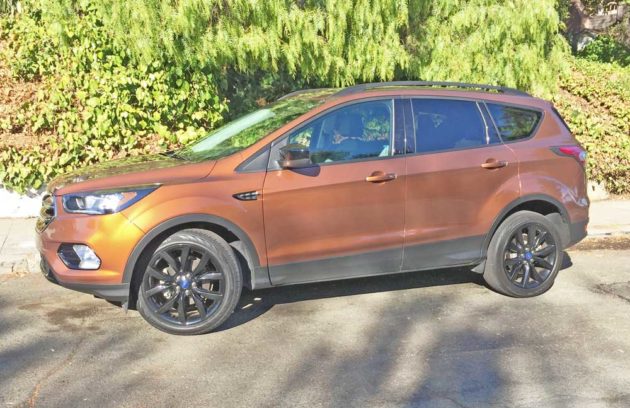 The Ford Escape has been their best selling SUV in America, and the company?s goal is to continue raising the bar even higher with enhanced efficiency and technology.

From the standpoint of visual appeal, the 2017 Ford Escape takes on a more advanced and contemporary exterior styling that reflects Ford?s design language and DNA. The final result does away with the earlier boxy Escape form and adopts a look that is more youthful and athletic. Some styling cues display elements that replicate those found in a couple of other Ford models.

The nose showcases a large lower grille flanked by side air inlets that house the integrated fog lamps and signals along with a recessed grille just below the sculpted hood?s leading edge that is centered between the jewel-like wrap-around headlamps. The profile is sleek and aerodynamic, with outer hood character lines flowing into the ?A? pillars, which border the sharply raked windshield, and lead onto the curved roofline that travels in a declining rearward line to the reverse angled ?D? pillar. 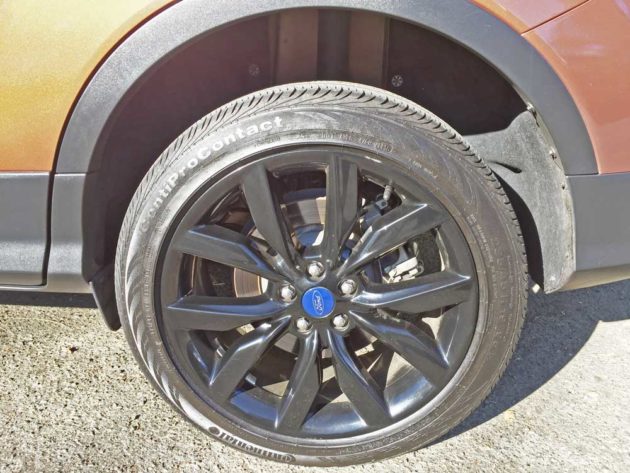 Wheelwells are accented by prominent fender arches front and rear, with shoulder and rocker character lines that rise aft suggesting motion even when the Escape is at a standstill. From the rear, the Escape features a large gate window that dips into and follows the total surround shoulder line and incorporates the wraparound taillamps. Dual exhaust tips finish off the sporty rear image. 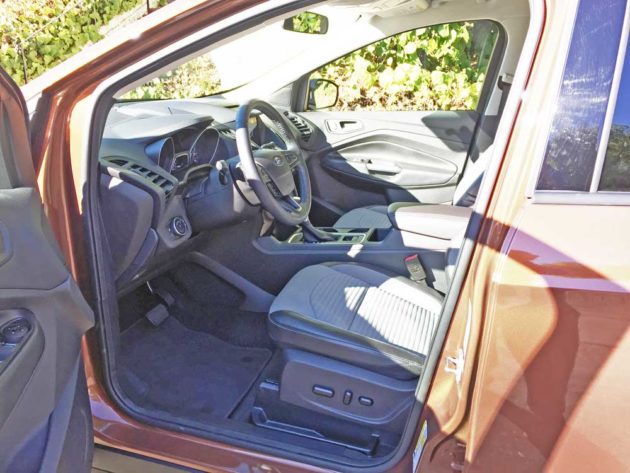 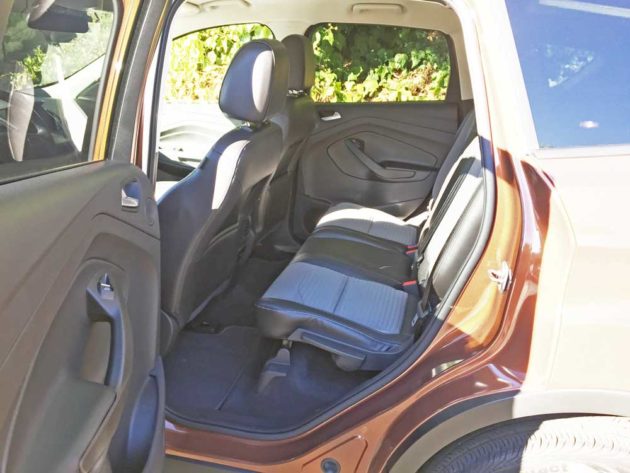 Moving into the cabin, this latest iteration Escape?s interior provides a modern and optimally user-friendly layout with sensible placement of controls and switchgear. For instance, the manually shifting for the automatic gearbox is now accomplished via steering wheel mounted paddle shifters, replacing the thumb switch on the left side of the gear selector knob, and the navigation and information screen is large and highly legible. Materials feature a soft touch, with the fit and finish well executed and symmetrically balanced. The seats provide heightened comfort and support. 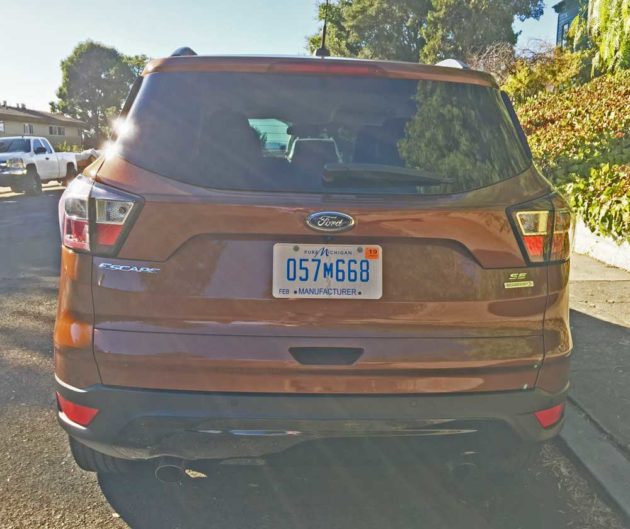 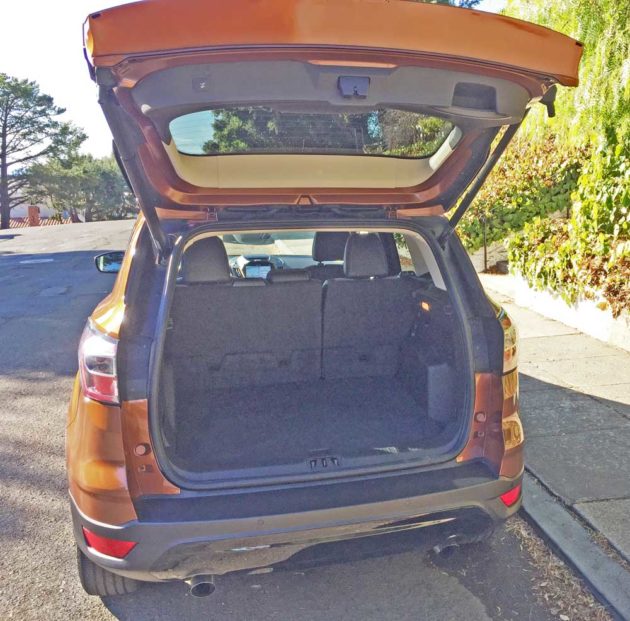 Technology abounds – An available hands-free power liftgate opens and closes the gate, operated by a gentle kicking action aimed under the center of the rear bumper with the key fob in proximity. The SYNC? 3 communications and entertainment system enhances personal connectivity and feature controls. An optional active Park Assist automatically parks the vehicle without driver steering. Add the Blind Spot Information System, Curve Control, Torque Vectoring Control and the Escape?s capability borders on driving itself. 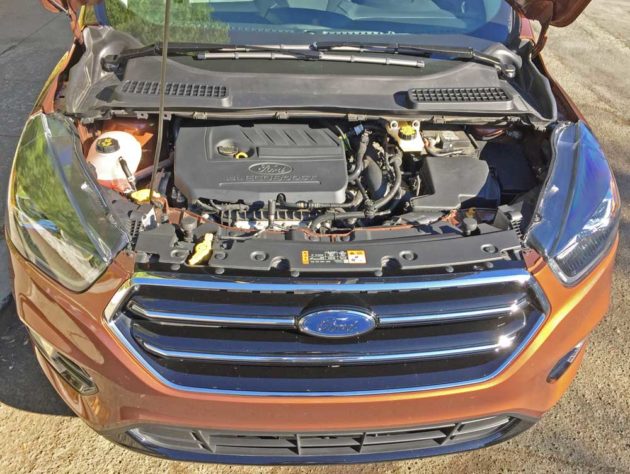 My test 2017 Ford Escape was a FWD model in SE trim, powered by the 1.5-liter EcoBoost engine with TwinScroll turbo charging. The exterior was sprayed a Canyon Ridge (Bronze) metallic, while the interior was done in Charcoal and Black.. The base price was set at $25,100 while the price as equipped came to $29,975, which included destination and delivery charges. Options included the SE Technology Package, Voice activated touchscreen Navigation System, Power Liftgate, and the SE Sport Appearance Package, 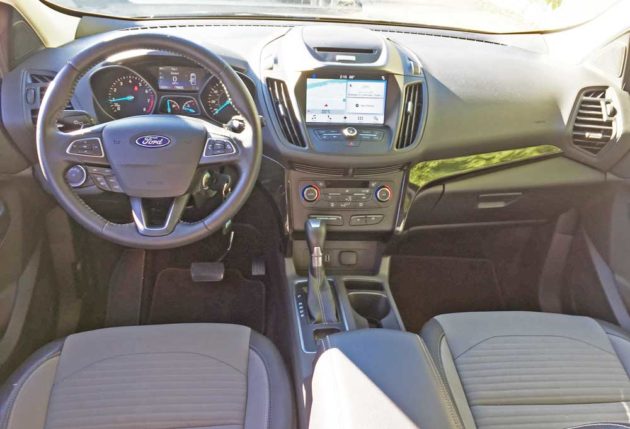 SUMMARY: This 2017 Ford Escape SE FWD not only delivers a pleasing visual effect looks, but serves up features and equipment that enhance the total driving
experience, along with sporty handling characteristics. Performance delivered by the 1.5-liter EcoBoost four-banger is totally adequate with pleasing acceleration, smooth shifting and the steering provides an on center feel. The ride quality is comfortable – firm and stable, but void of harshness. 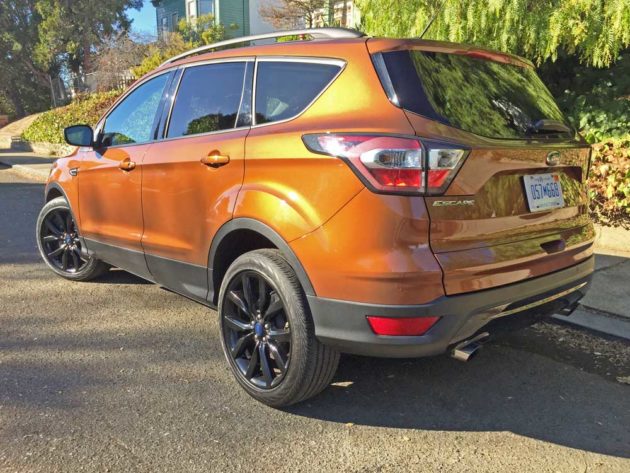 The 2017 Ford Escape in any of its trim levels truly represents a smarter SUV in a sensibly sized and affordable format. Pressing hard as members of the press often do, yielded mileage results that generally fell short of the projected levels, but once fully broken in and driven in a more ?real-world? fashion, it?s likely that the projected ratings are indeed achievable. 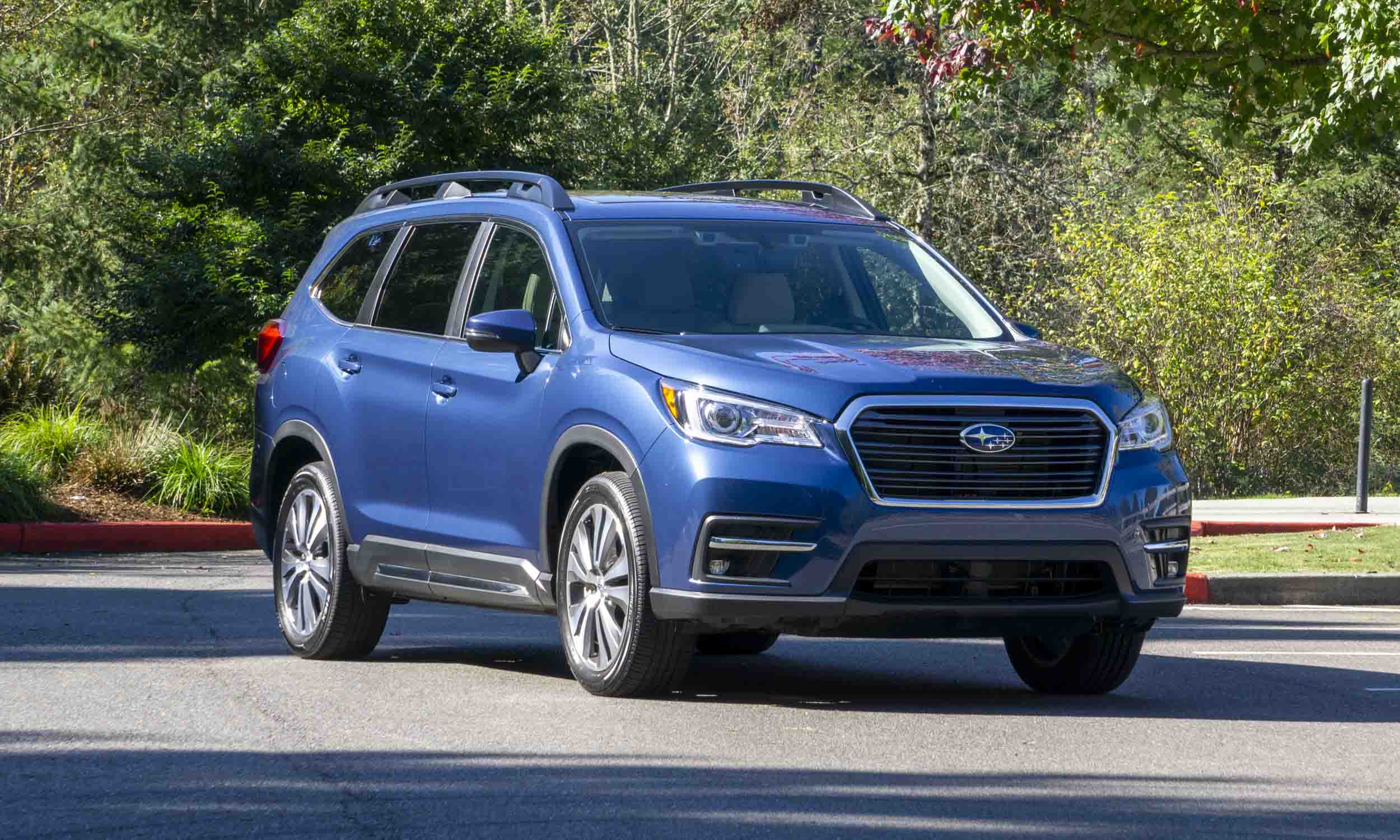